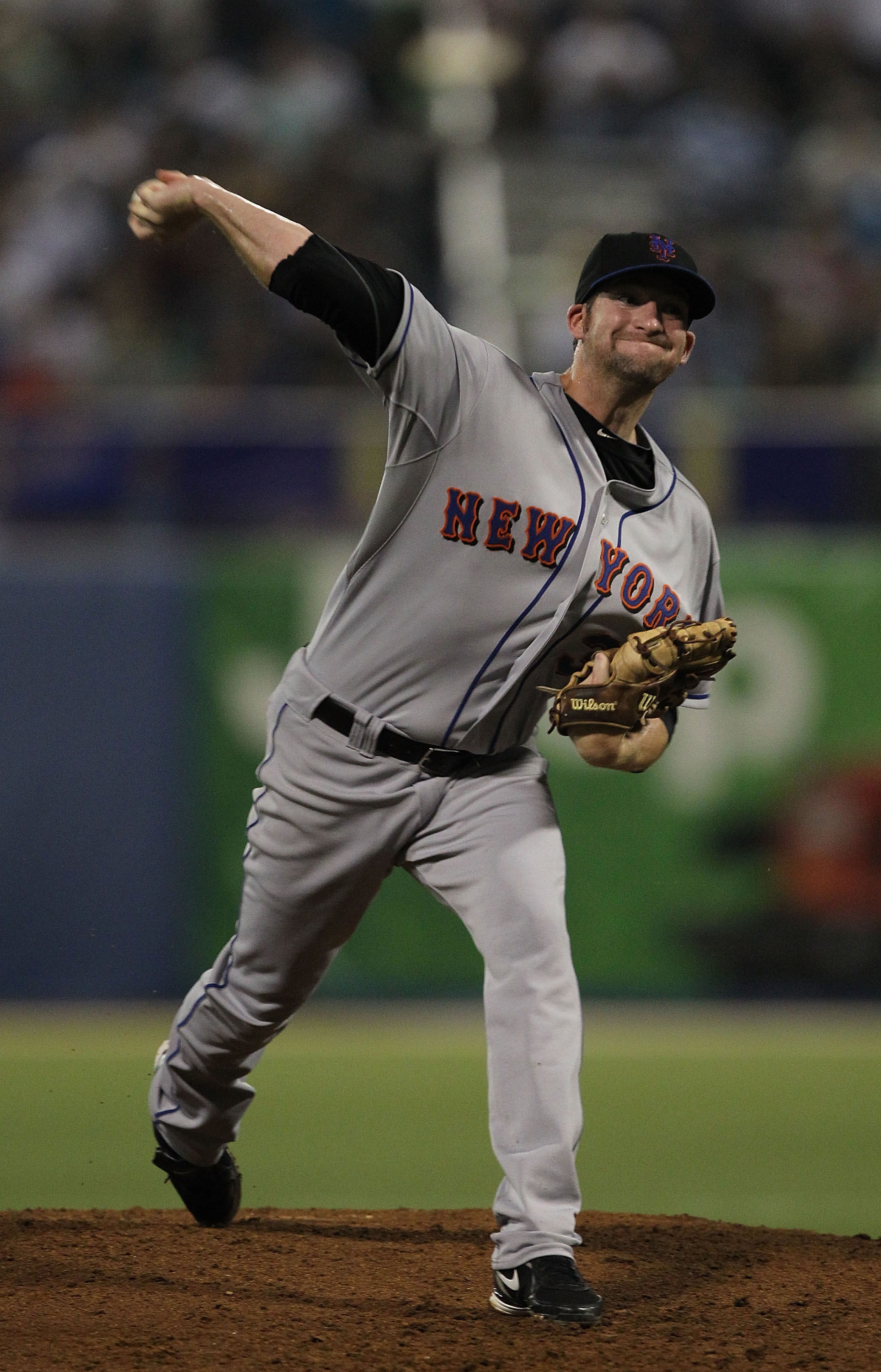 The Mets didn't do too much to their roster this off-season, bringing back the same team mostly, but they did change the look of their bullpen.

They didn't necessarily make the moves to improve the bullpen, instead letting go of a major piece and a surprisingly efficient reliever.

Pedro Feliciano was not re-signed, as he went to the crosstown Yankees after spending the last five seasons in the Mets bullpen. The surprising Hisanori Takahashi was not re-signed either, heading to the Los Angeles Angels.

Those are two big pieces that are no longer with the team, and by losing Takahashi, the Mets lose out on a lot of flexibility. Takahashi was the type of pitcher who could pitch in any role. He would start games and relieve in all situations, including as a closer.

So with these two pitchers not returning, how does the 2011 Mets bullpen look? Here's a breakdown of the role each reliever will be taking. 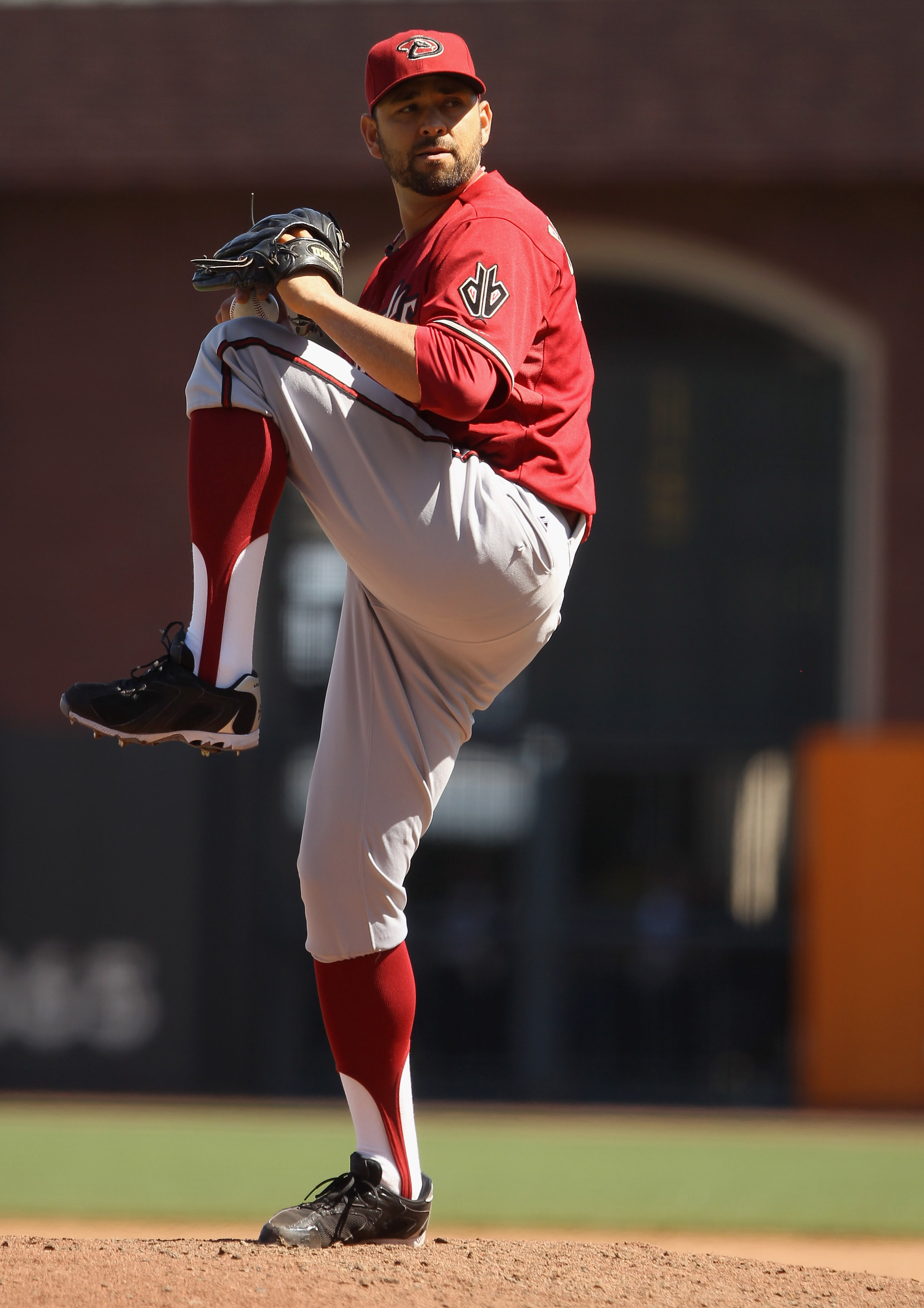 One of the newest members of the Mets pitching staff is D.J. Carrasco. He's essentially the replacement for Hisanori Takahashi.

Most likely, Carrasco will be the long reliever or innings eater in the bullpen, but he could impress enough in the spring to make the rotation as a fifth starter.

There are other proven starters in front of him that the Mets would like to give the job to, so Carrasco should be the guy who comes in if a starter is knocked out early.

The reason why the Mets signed him to a two-year, $2.4 million deal is because he pitched decently in the bullpen for the Diamondbacks and Pirates last season.

In 78.1 innings pitched, he allowed 68 hits and struck out 65, as he was pitching in the National League for the first time.

Back in 2005, Carrasco was a starter for the Royals but had a hard time throwing strikes. He's only started one game since that season. The Mets will count on him to provide exactly what Takahashi provided, and that's flexibility. 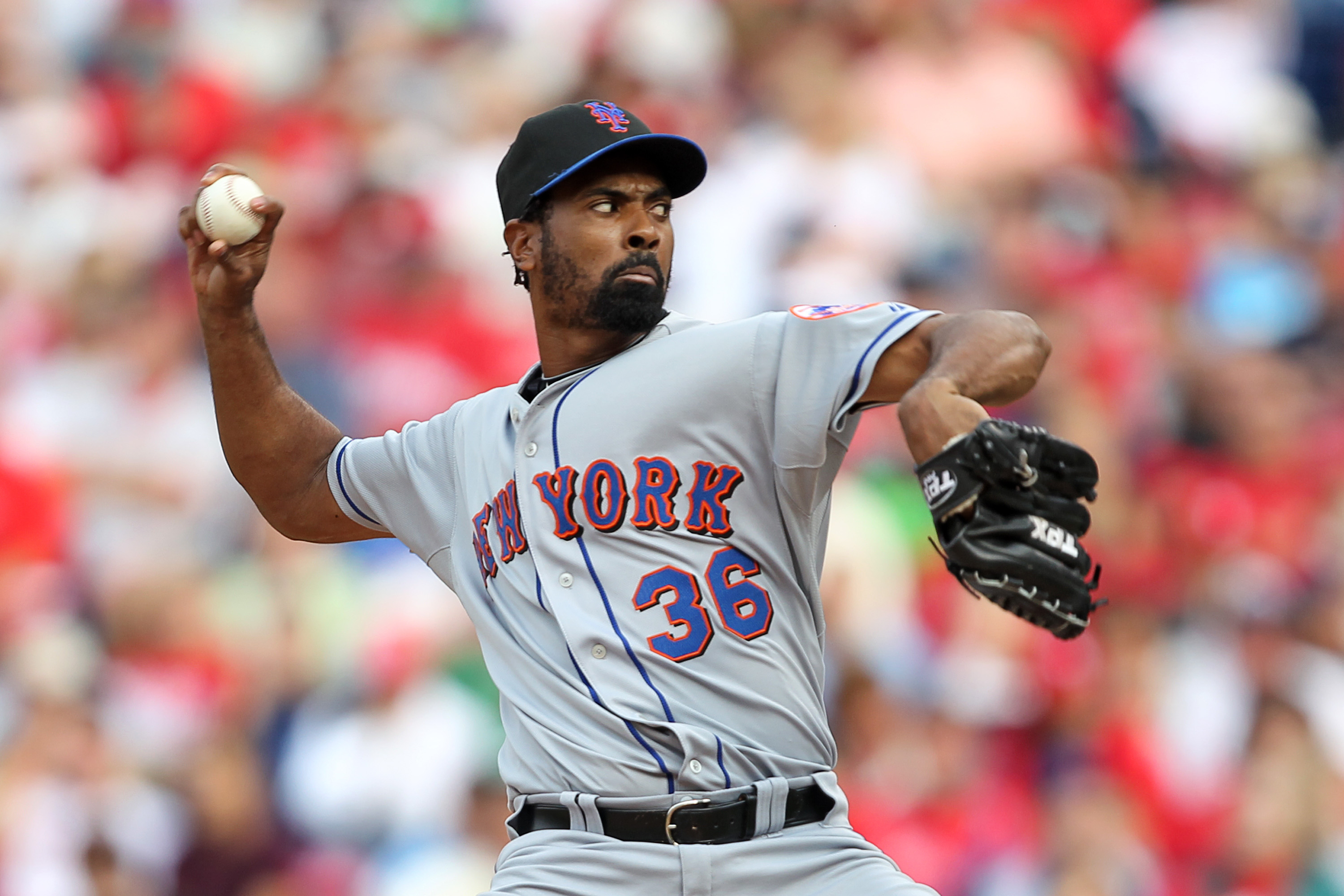 Manny Acosta was a nice find for the Mets bullpen last season. With the Mets needing arms, they called him up from the minors in mid-April, and he didn't do badly. However, the Mets sent him back down to the farm for a two-month stretch from late May to late July.

After getting recalled, Acosta pitched very effectively and put up quality numbers that will earn him a spot in this season's bullpen.

In 41 games, he pitched to a 2.95 ERA, allowing fewer hits than innings pitched, and had a strikeout-to-walk ratio of more than 2-to-1. His 42 strikeouts were a career high, as he struck out more than one batter per inning.

He can get his fastball into the mid 90s on the gun and has a nice breaking pitch, which will allow the Mets to use him in important middle relief innings. Look for Acosta to be used between the starter and the setup relievers. 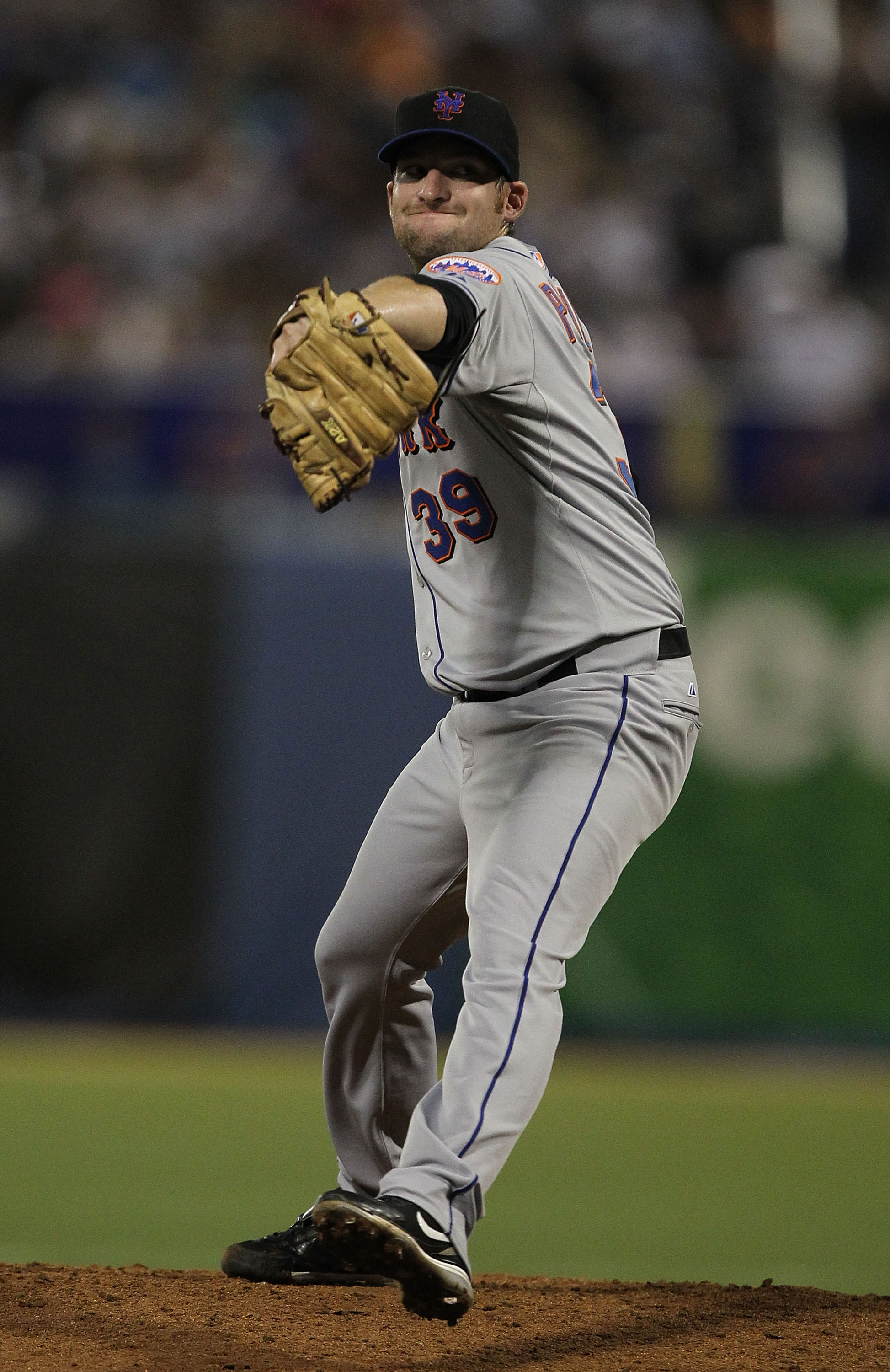 The right-handed setup reliever and main setup guy for closer Francisco Rodriguez will be Bobby Parnell. The 26-year-old will enter his third full season with the Mets, and he has shown an unbelievable arm at times.

The problem with Parnell in his career has been, whenever he lights up the radar gun, he tends to immediately become ineffective. The good thing is that's a mental thing, which is better than him having arm or elbow problems.

In a game in Houston last season, Parnell hit 100 miles-per-hour or faster on the gun eight times. That's the positive of what he brings. The negative is his inconsistency.

In each of his first two seasons, Parnell has shown the ability to be lights out with potential closer stuff, but also stretches of mediocrity.

When the Mets used him exclusively out of the bullpen last season, they used him rather lightly. In 41 appearances, he only threw in 35 innings, allowing 41 hits. He did walk fewer batters, though, only issuing eight free passes.

The Mets have tried to use him in tougher spots such as closer, but it hasn't worked out. Hopefully, Parnell learns to be a consistent setup man so that the Mets can have fewer problems late in games. 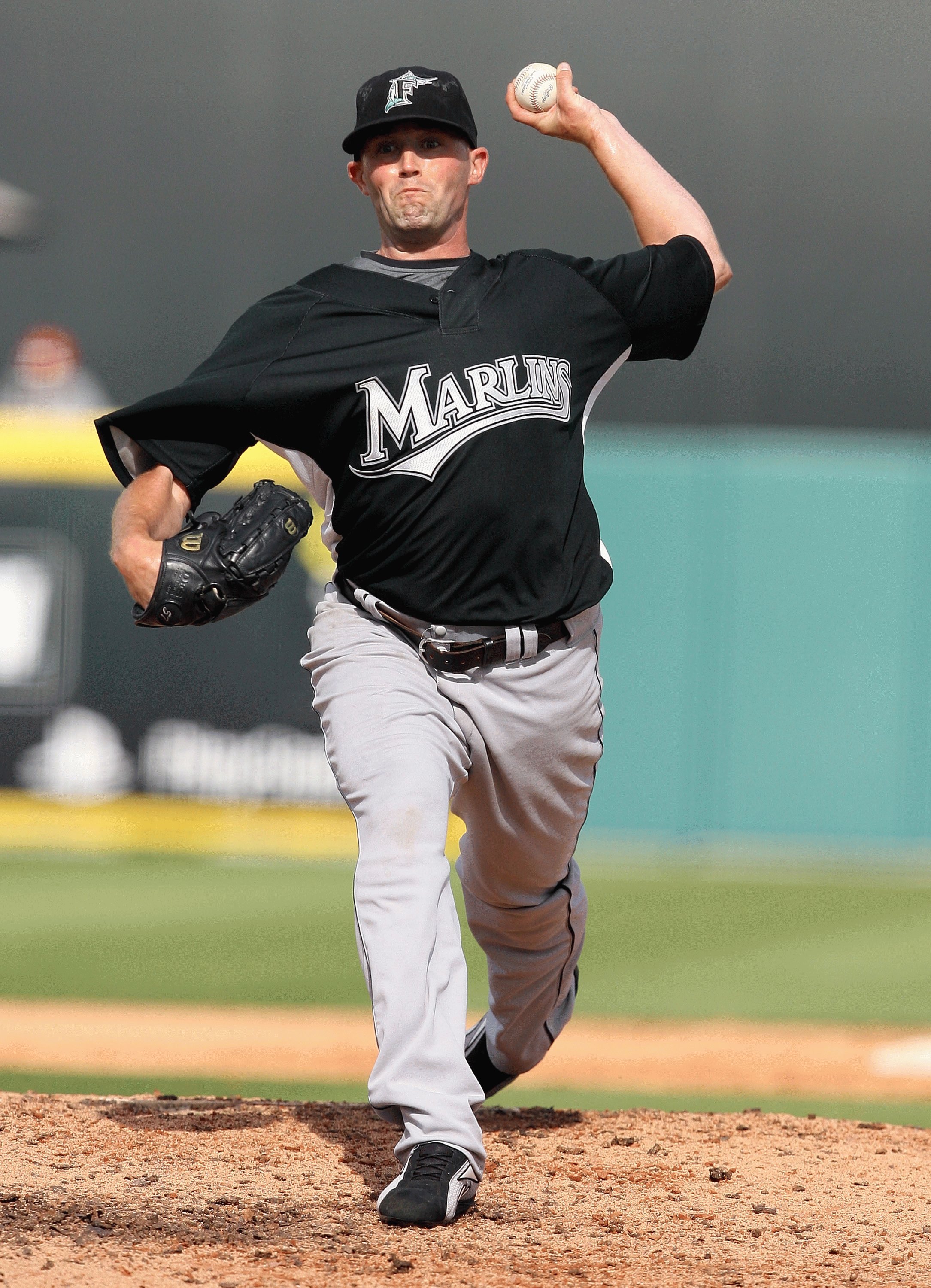 For each of the past five seasons, the Mets had the most reliable and durable lefty specialist in the game. Now, with that guy—Pedro Feliciano—gone, the Mets had to search somewhere for a reliever with a track record.

They didn't really find that perfect replacement, as they signed Taylor Tankersley to a minor league deal. Although it's not a Major League deal, Tankersley will most likely be the new left-handed setup man, although he will have a bit of competition, which we'll get to later.

If you Mets fans remember the name from anywhere, it's because you saw him a lot as a member of the Marlins. In 2006 and 2007, Tankersley did exactly what the Mets want him to do this season, and he did a good job of it.

His best season was in 2007, as in 47.1 innings, he only allowed 42 hits and won six games out of the bullpen. He backed up a splendid rookie season and was looking like the next best lefty reliever.

Unfortunately, a recurring stress fracture in his left elbow hurt him in 2008 and sent him to the minors in 2009 before he underwent surgery to fix it. He returned to the big leagues with the Marlins last season and didn't do very well. He pitched to a 7.50 ERA in 12 innings coming back from surgery.

Now, the Mets are hoping to find lightning in a bottle with Tankersley. They could also give the job to another newly signed reliever.

Tim Byrdak, who has had success over the past three seasons with Houston, will also try to land the lefty specialist job. He had a great 2009 season, only allowing 39 hits in 61.1 innings, while appearing in 76 games. 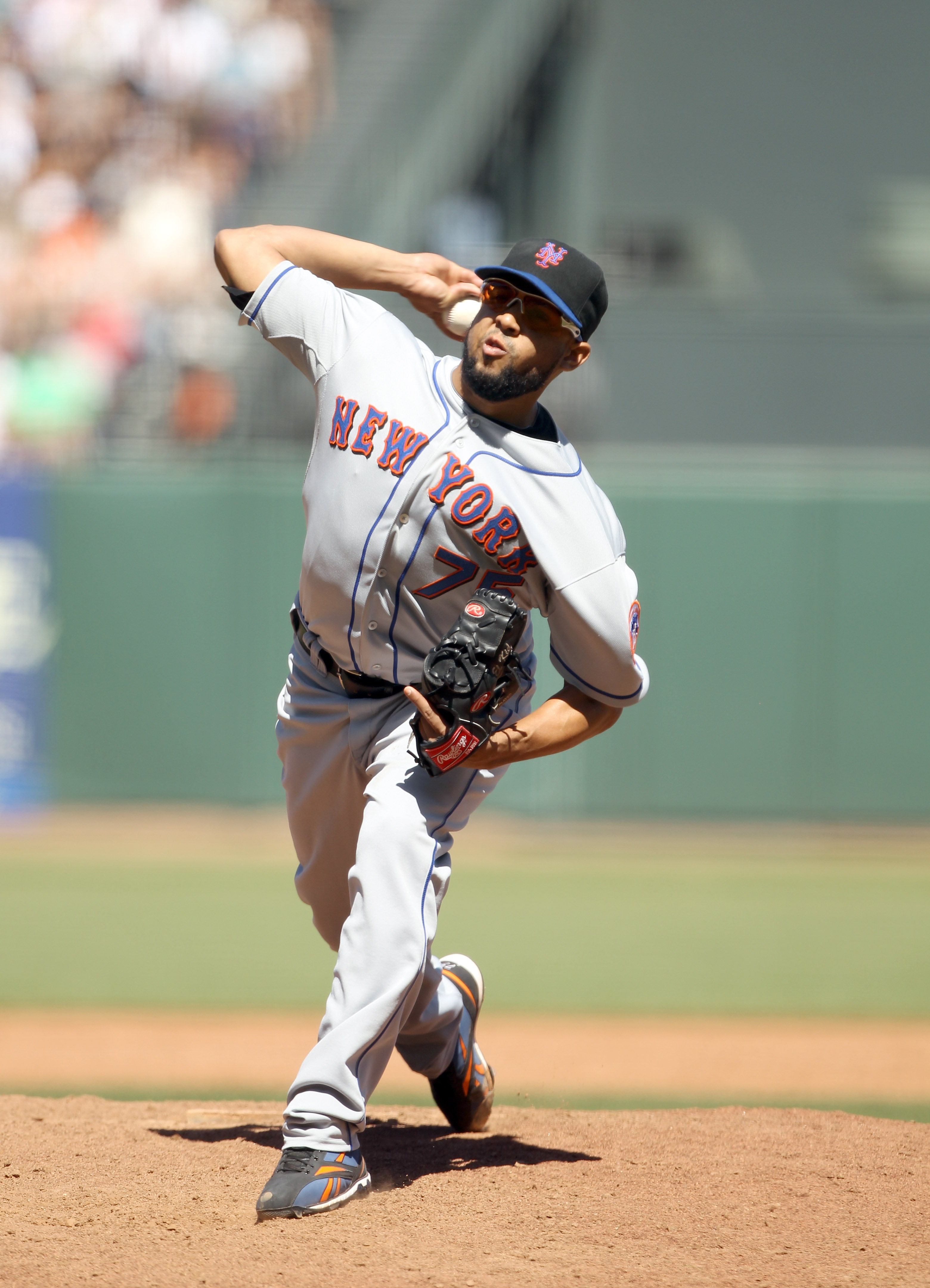 Through everything that happened to Francisco Rodriguez last season, including beating up his girlfriend's father at Citi Field, he still comes out as the Mets closer in 2011—for 54 games anyway.

That's because the Mets have a team option for him for the 2012 season that's worth $17.5 million. Rodriguez's option only becomes guaranteed if he appears in 55 games this season, and the Mets may not want him back beyond 2011.

Even if he proves to be healthy—which also has to be declared by team doctors for the option to become guaranteed—and pitches effectively, the Mets are still not happy with his violent acts in the team's family lounge last August.

Plus, the Mets would save all of the previous amount mentioned and add that to all the money already set to come off the books after the season.

They can find another closer for 2012 and beyond, so will Rodriguez pitch in 55 games this season? That could depend on two things.

The first one is whether or not they're in the race when he nears that mark. If the Mets are surprisingly in a playoff race and Rodriguez is effective closing games, the Mets could have him pitch for the benefit of the team.

Secondly, will they be able to find a legitimate reason to sit him or place him on the disabled list without his agent and the players union getting involved?

No matter what, due to Rodriguez's actions last season and wild performances as a pitcher on the mound, it'll be hard to believe the Mets will allow his option to be exercised unless he's the guy he was for the Angels in 2008.

On Opening Day, though, he'll be closing games for the Mets.