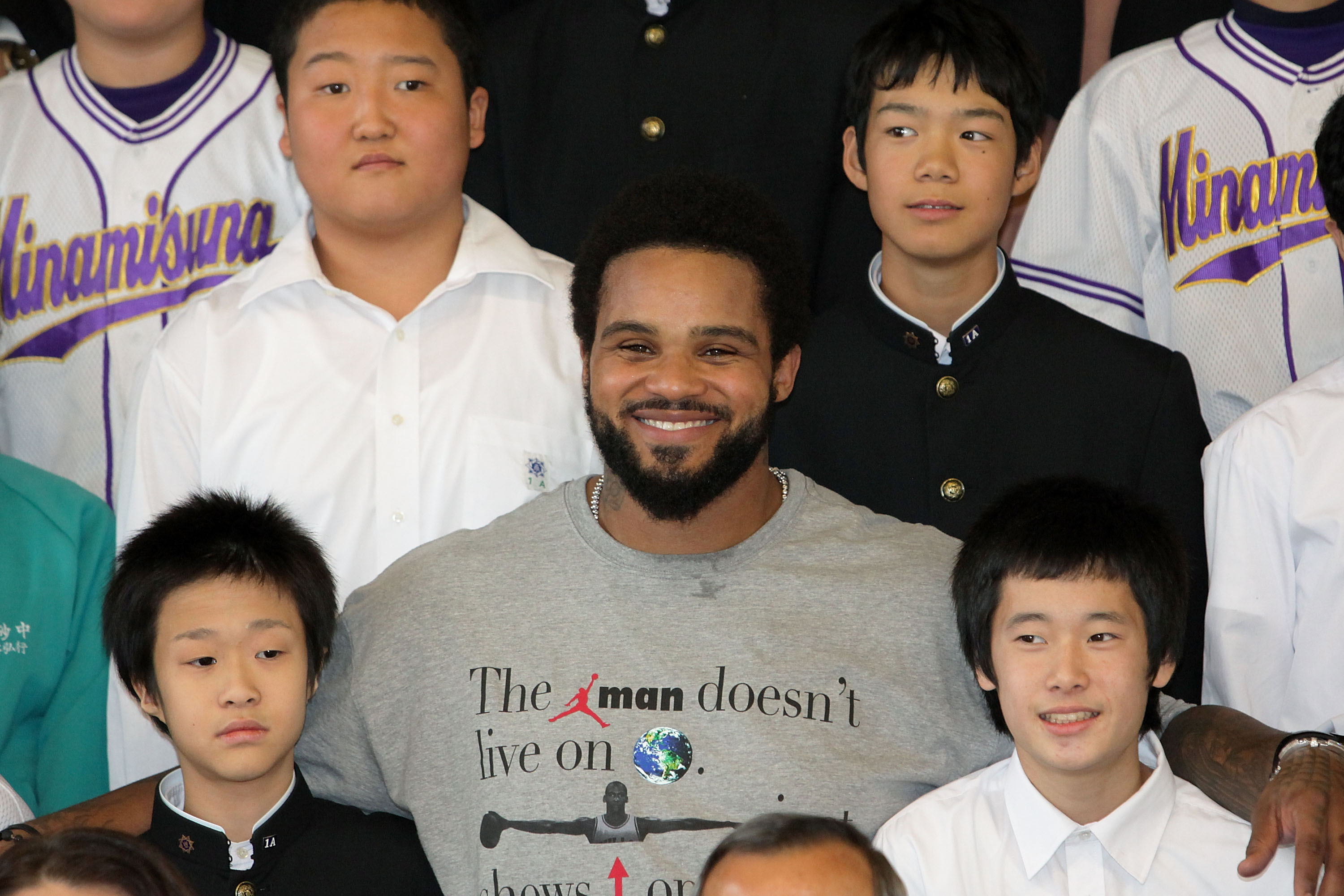 Nearly ever kid dreams of growing up and becoming a professional athlete. However, this dream does not come true for over 99.9% of children. However, in the MLB, there are numerous players that look like they have no business being a professional. Regardless of their looks or size, these players have proved with their skills that they are deserving of their jobs. 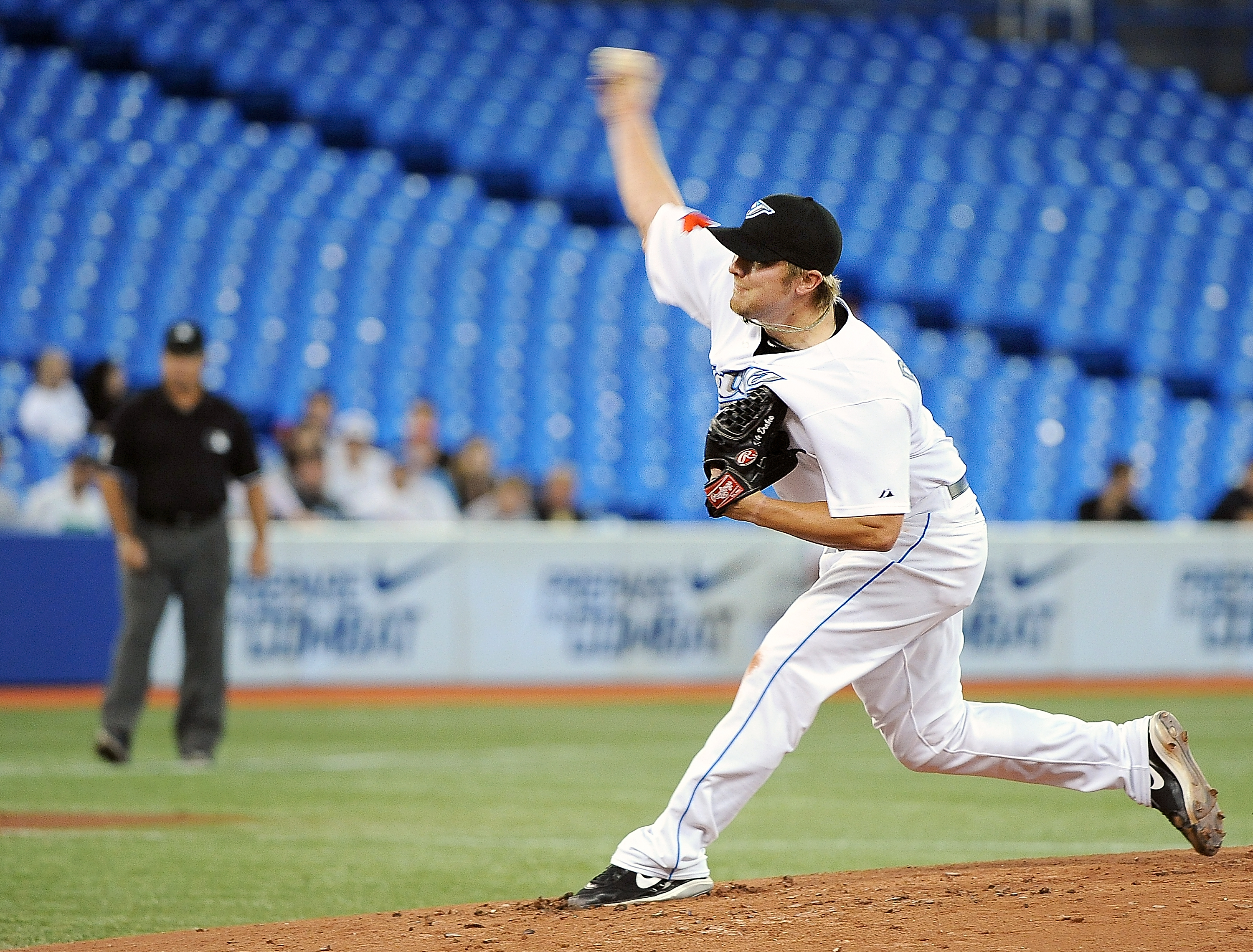 The Blue Jays right-hander looks more like a kid that you would find on the beaches of California than on a pitching mound. Drabek's inclusion on this list is not all that surprising when you consider that his dad, Doug, would have made this same type of list had one been created when he was playing. 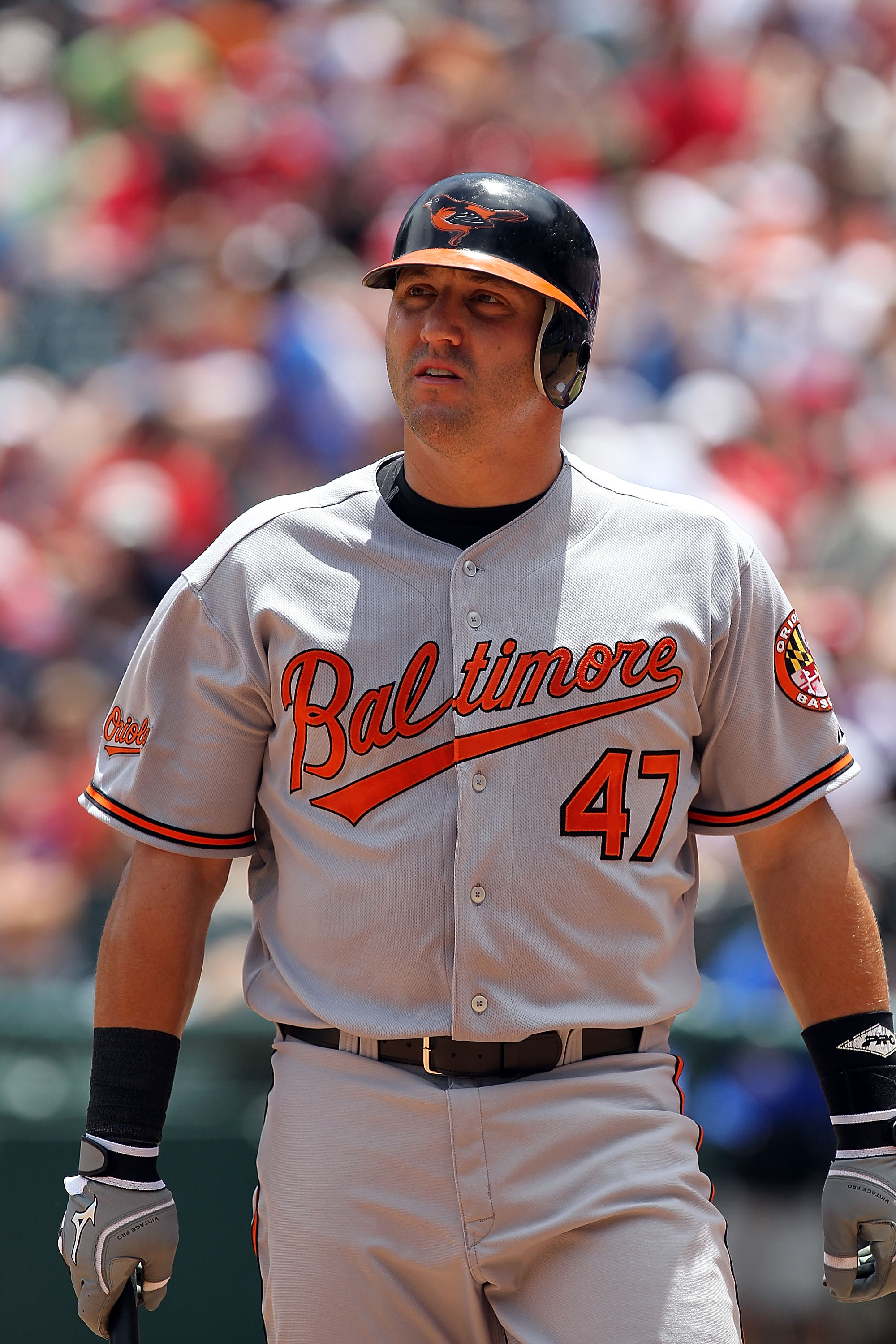 Fox doesn't have the body one would expect of a professional baseball player. While Fox weighs just 220 lbs, he does come off as a bit husky. Fox's lack of athleticism is demonstrated by the fact that he has yet to find a position to consistently play in the majors. He has played catcher, first base, third base, and both corner outfield spots in his three season. He has struggled defensively at all positions. 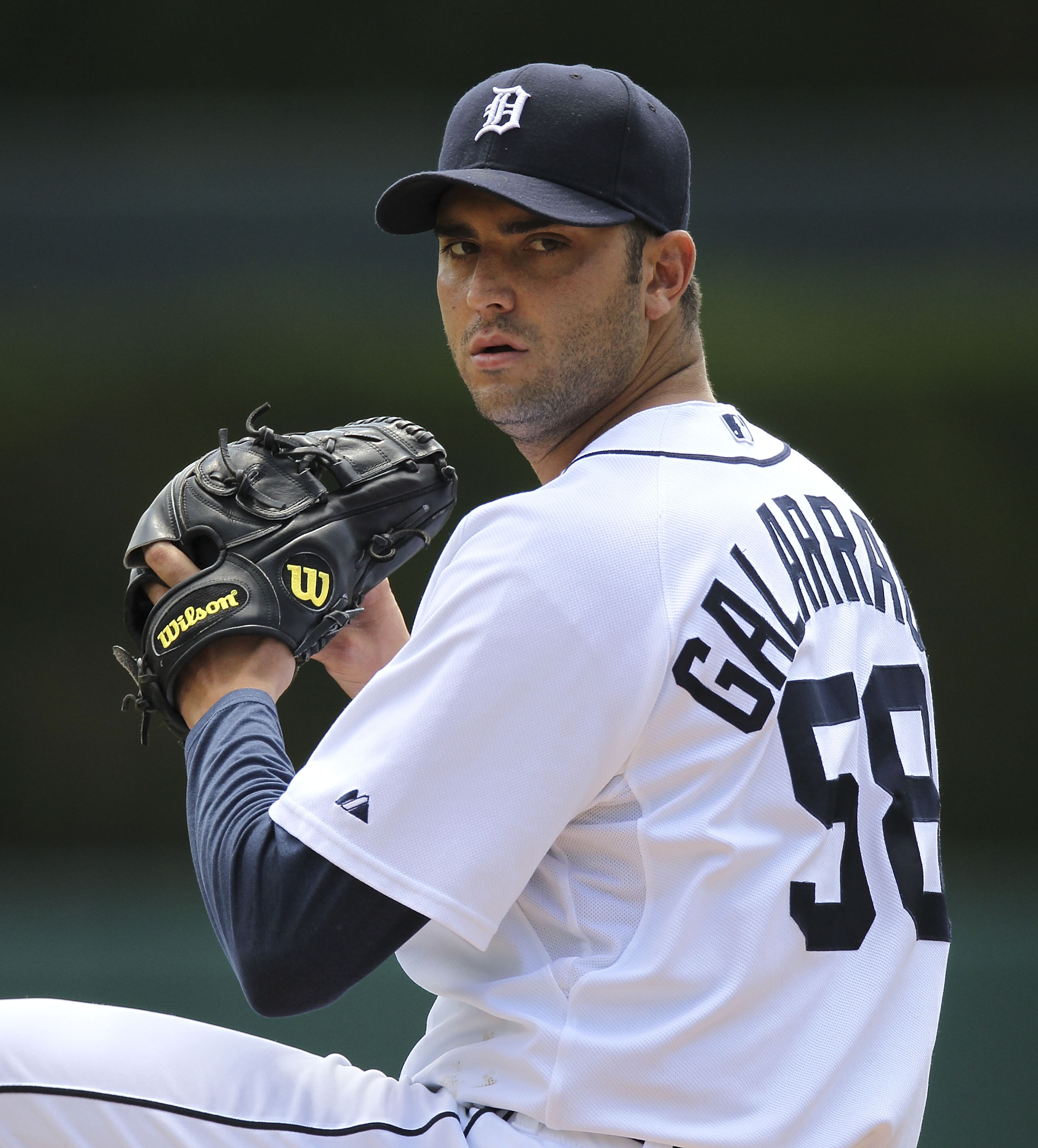 The newly acquired Arizona Diamondback doesn't look much different that you or I. He could easily get lost in a crowd and no one would realize that he plays baseball for a living. With that being said, he was still just a blown call a way from having thrown a perfect game. None of us can come close to that except for that one time we were dominant in middle school. 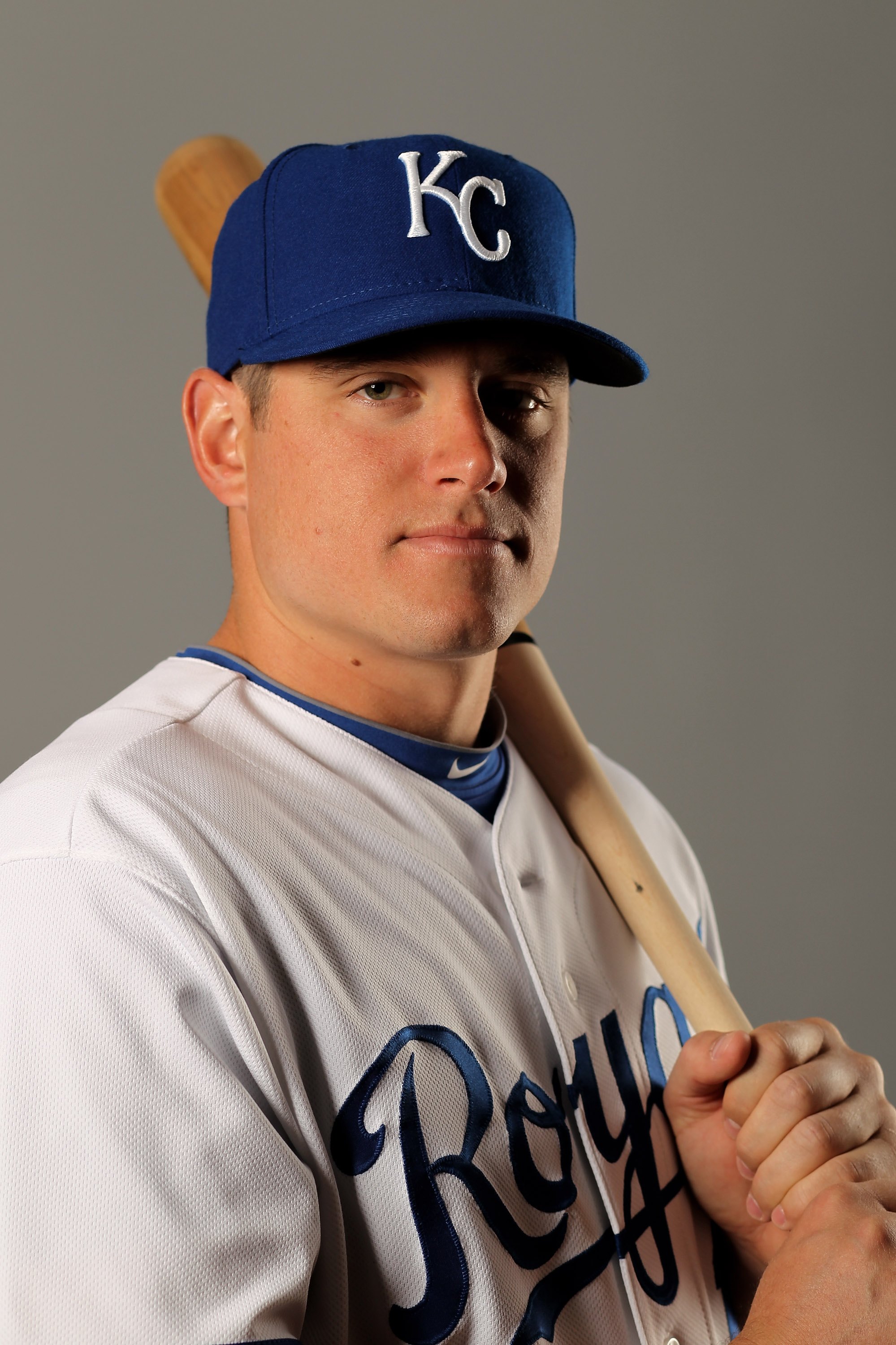 Even though he is 28 years old, Maier looks like the fresh-faced new kid your company hired right out of college. However, the job that Maier got out of college is about ten times cooler than almost every other job in existence. 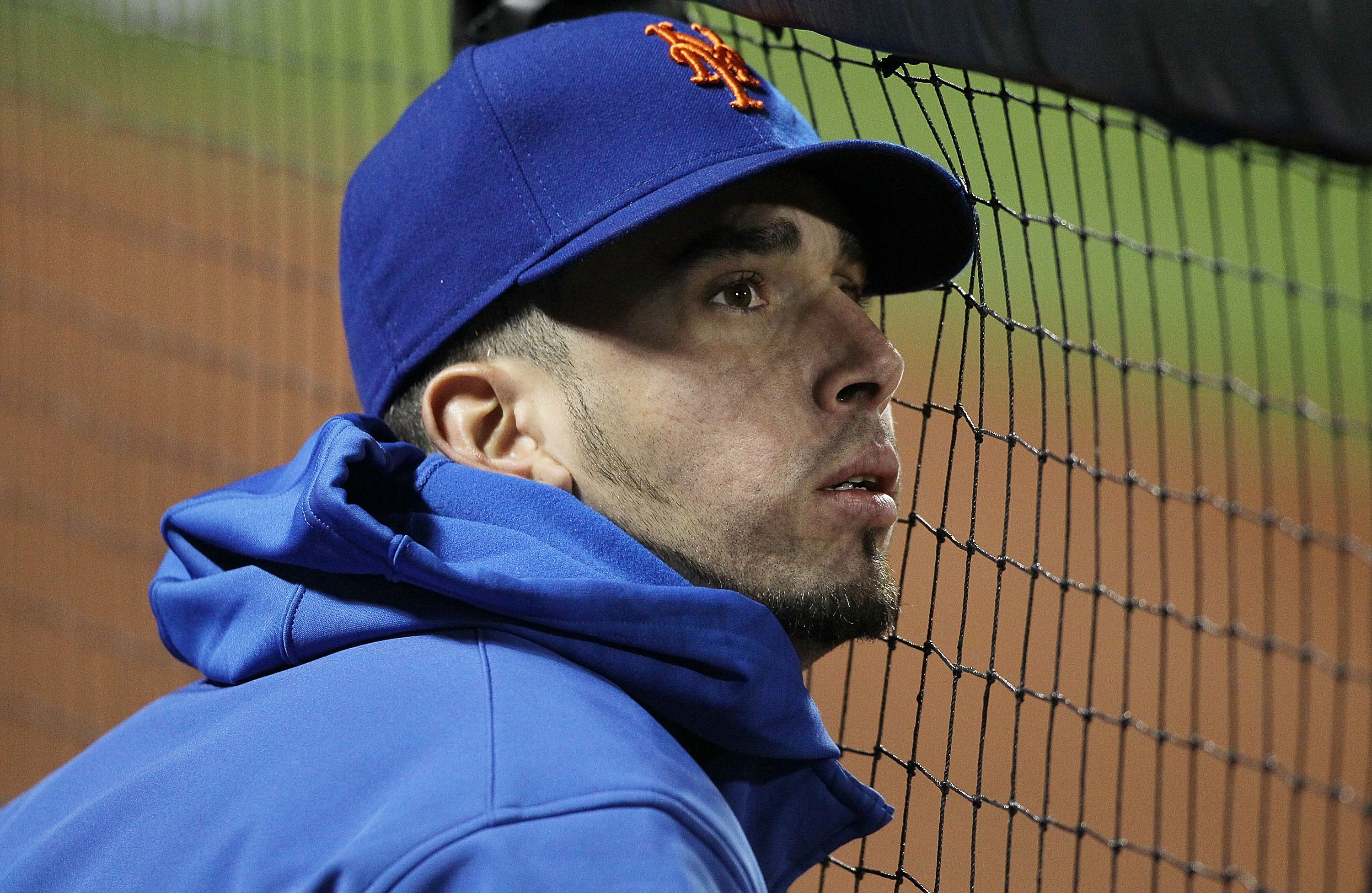 Perez, doesn't look terribly athletic, but after seeing him pitch for the past few years, he is definitely the player on the Mets that least resembles a professional athlete. Perez appears to be lost every time he has stepped on the pitchers mound in recent memory. 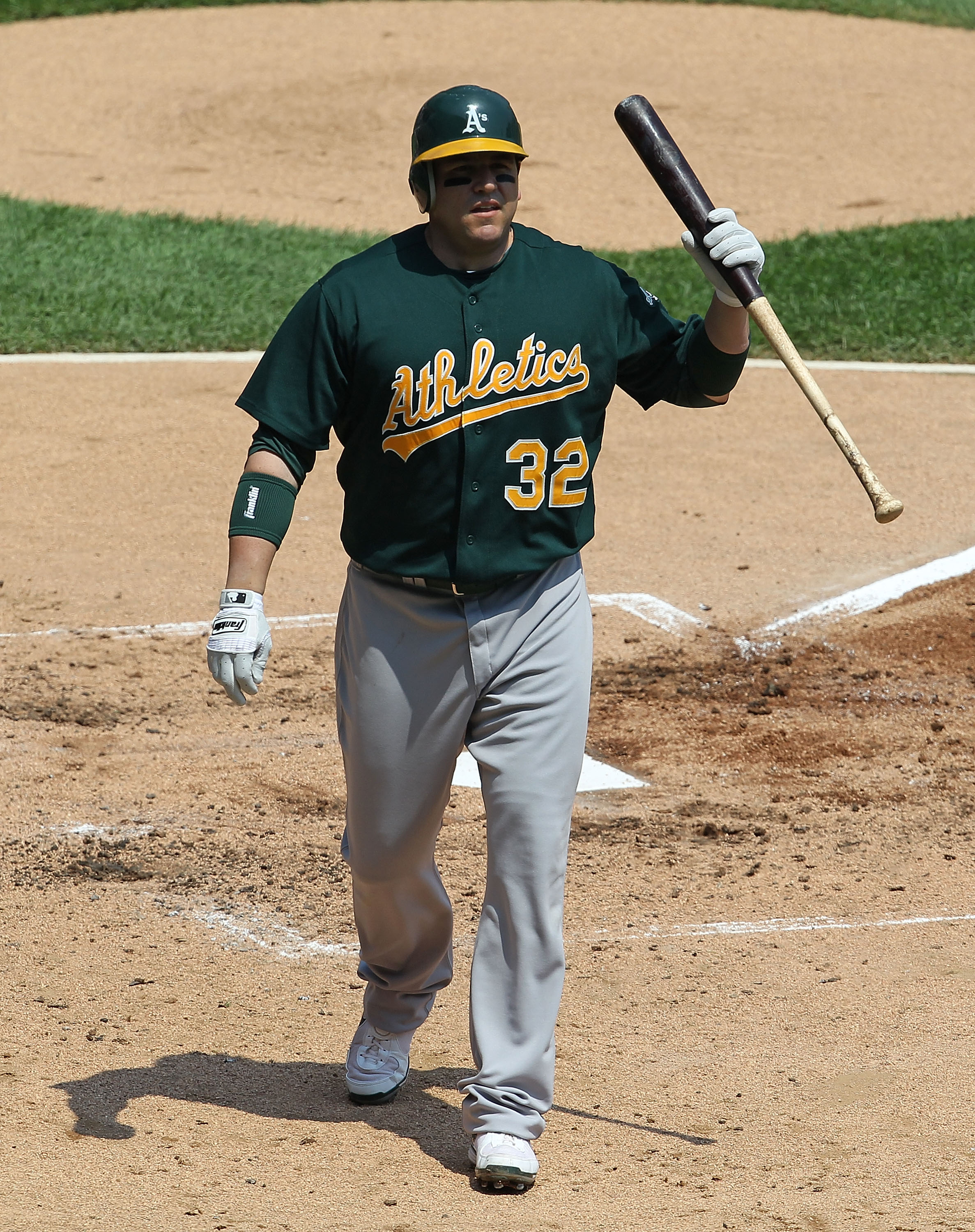 Jake Fox, who is ranked number 29 on this list, has been compared to Jack Cust, so it is not surprising to see the Mariners outfielder on this list as well. In addition to the fact that they have similar styles of play, the players share a similar build as well. 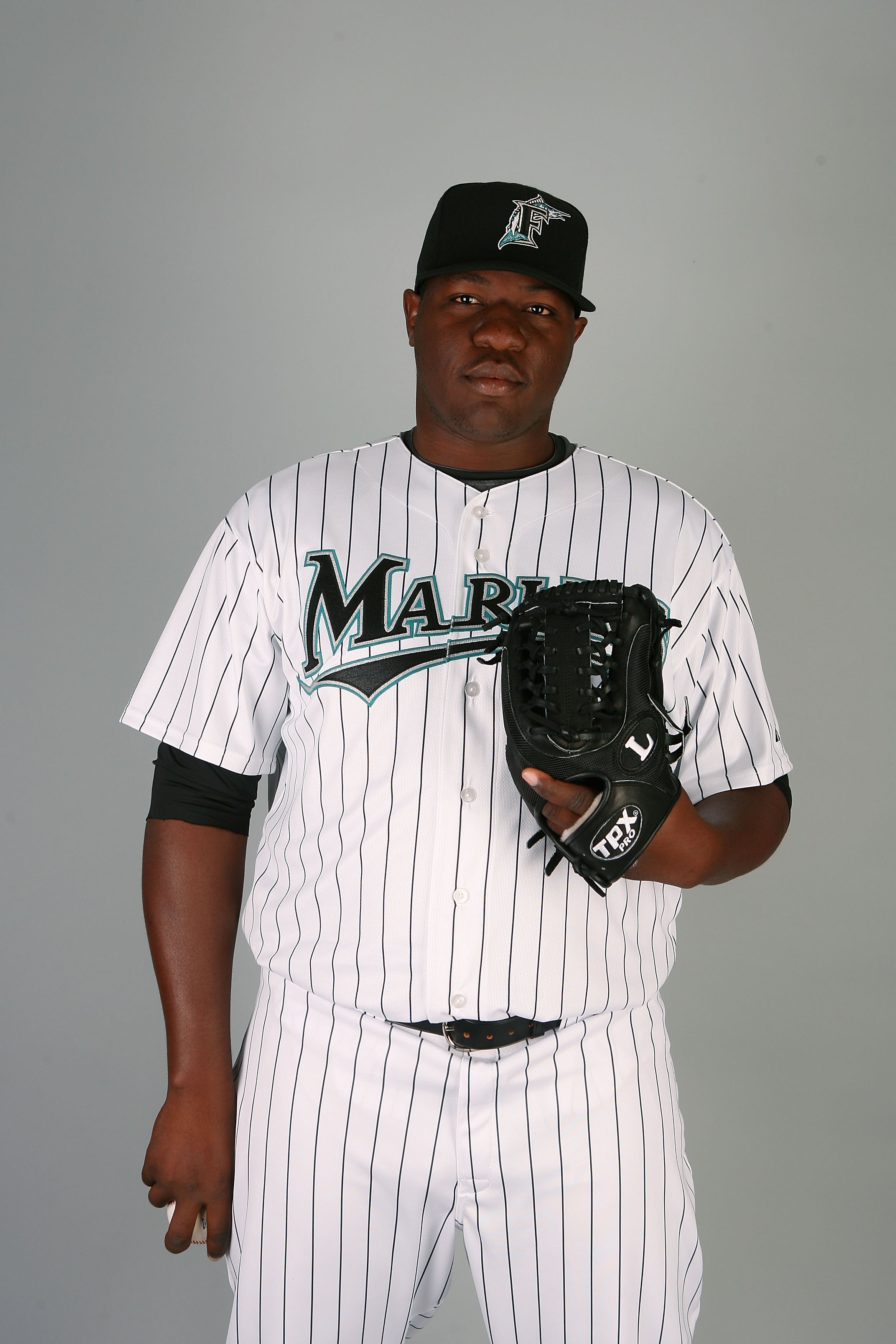 The Marlins pitcher threw just eight and two-thirds innings last season in the majors last season but that is still enough to land him a spot on the list. At 275 lbs, Ceda looks like he is more likely to be a competitive eater than a professional baseball player. 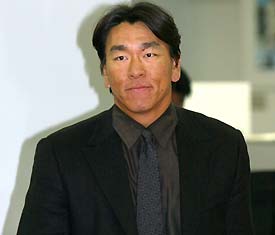 The Athletics outfielder looks like he belongs in the boardroom as opposed to on the ball field. Matsui has proven that he is a powerful hitter, but he appears to be more like a power broker. 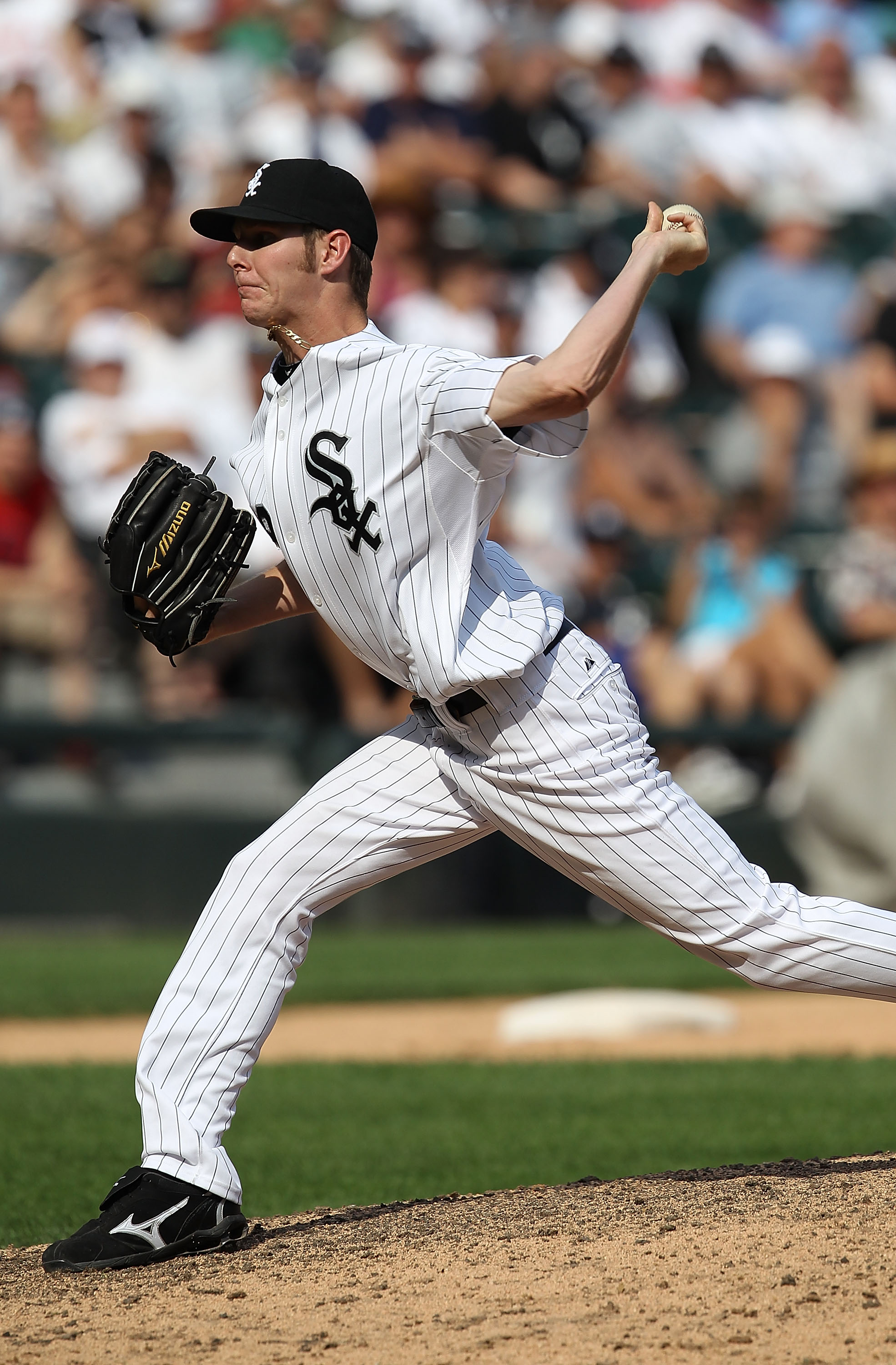 So many people have heard the saying, "size matters". In the case of Chris Sale, he has the height, but he never put on any weight. At 6' 5" and 170 lbs, Sale is rail thin. He looks like the kid who was bulled in high school and was called "Strech" because he was so skinny. 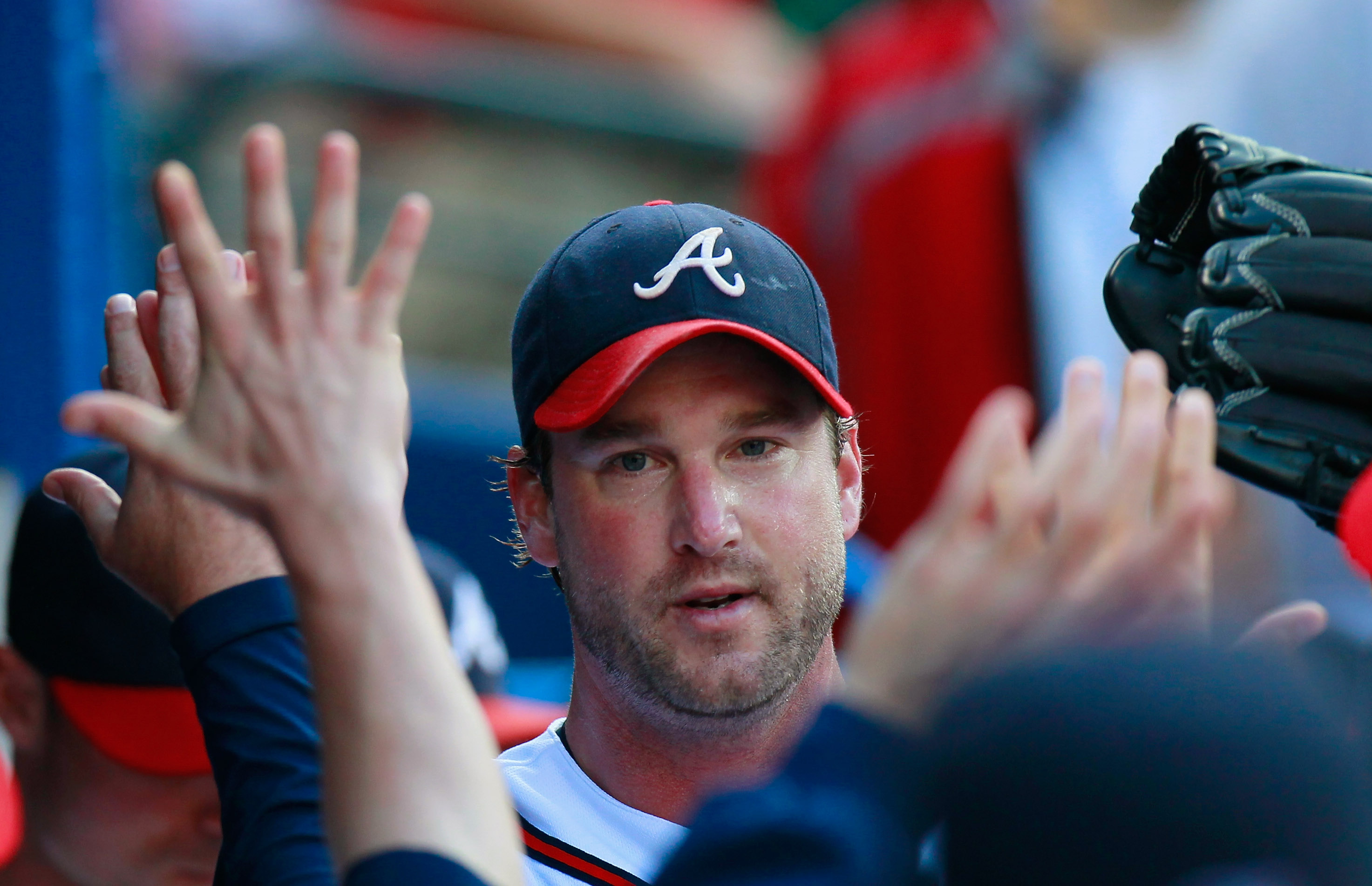 The Braves starter looks more like your next door neighbor than a pitcher that had 16 wins last season. Lowe has topped 20 wins once in his career and has twice been named an All-Star. 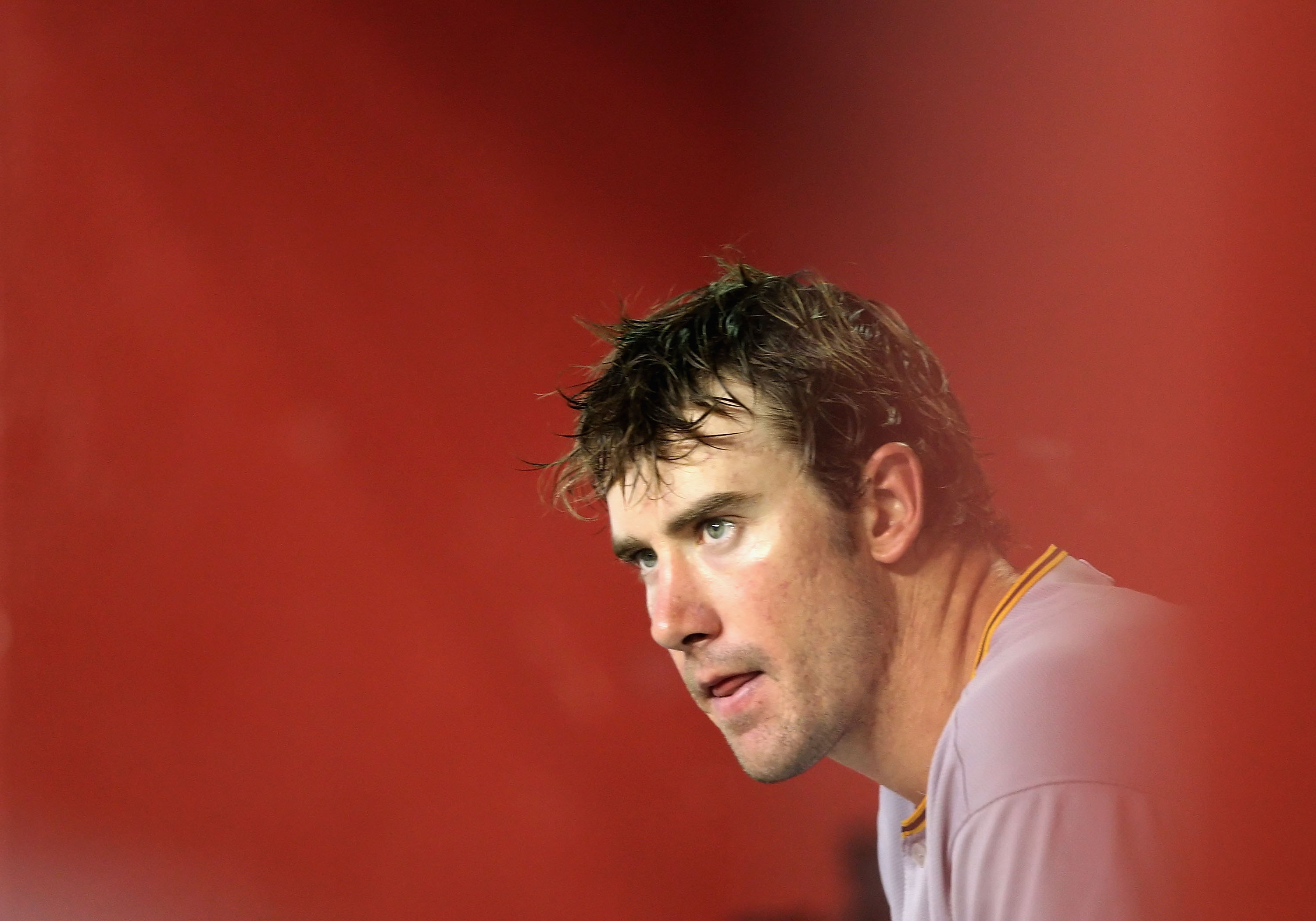 Ohlendorf is one of the smartest players in baseball. He graduated from Princeton with a degree in Operations Research and Financial Engineering. He also wrote his senior thesis on the value of prospects in the major league draft. While he does not look like your typical egghead, his credentials are not what you expect when you think of a major league baseball player. 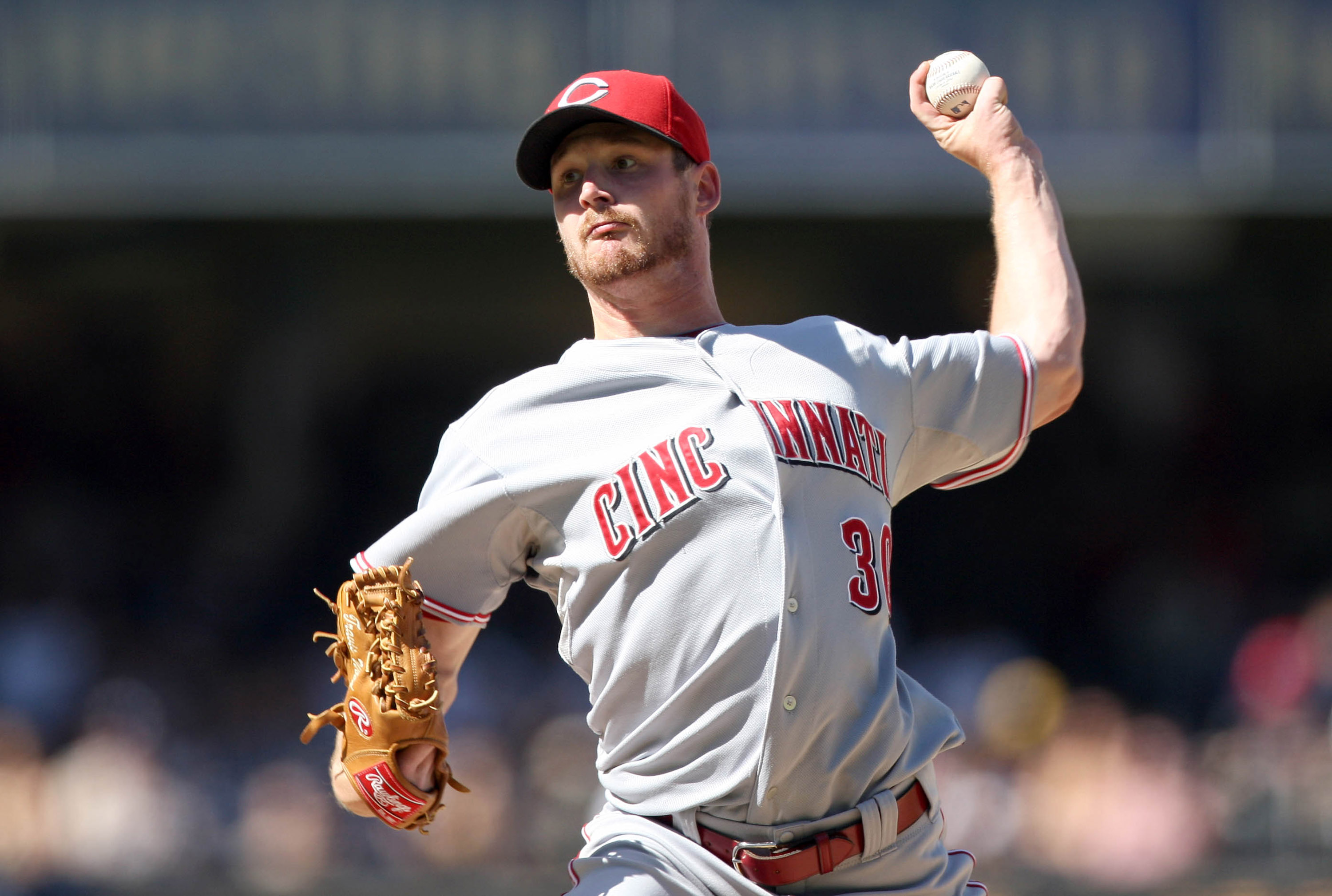 Wood, who will be competing with Mike Leake for the Reds' fifth rotation spot in the spring, is one of the smaller players in baseball. As much as David Eckstein's size is talked about, Wood is four inches taller and yet ten pounds lighter. Wood still throws his fastball with an average velocity of 89.9 mph despite his small stature. 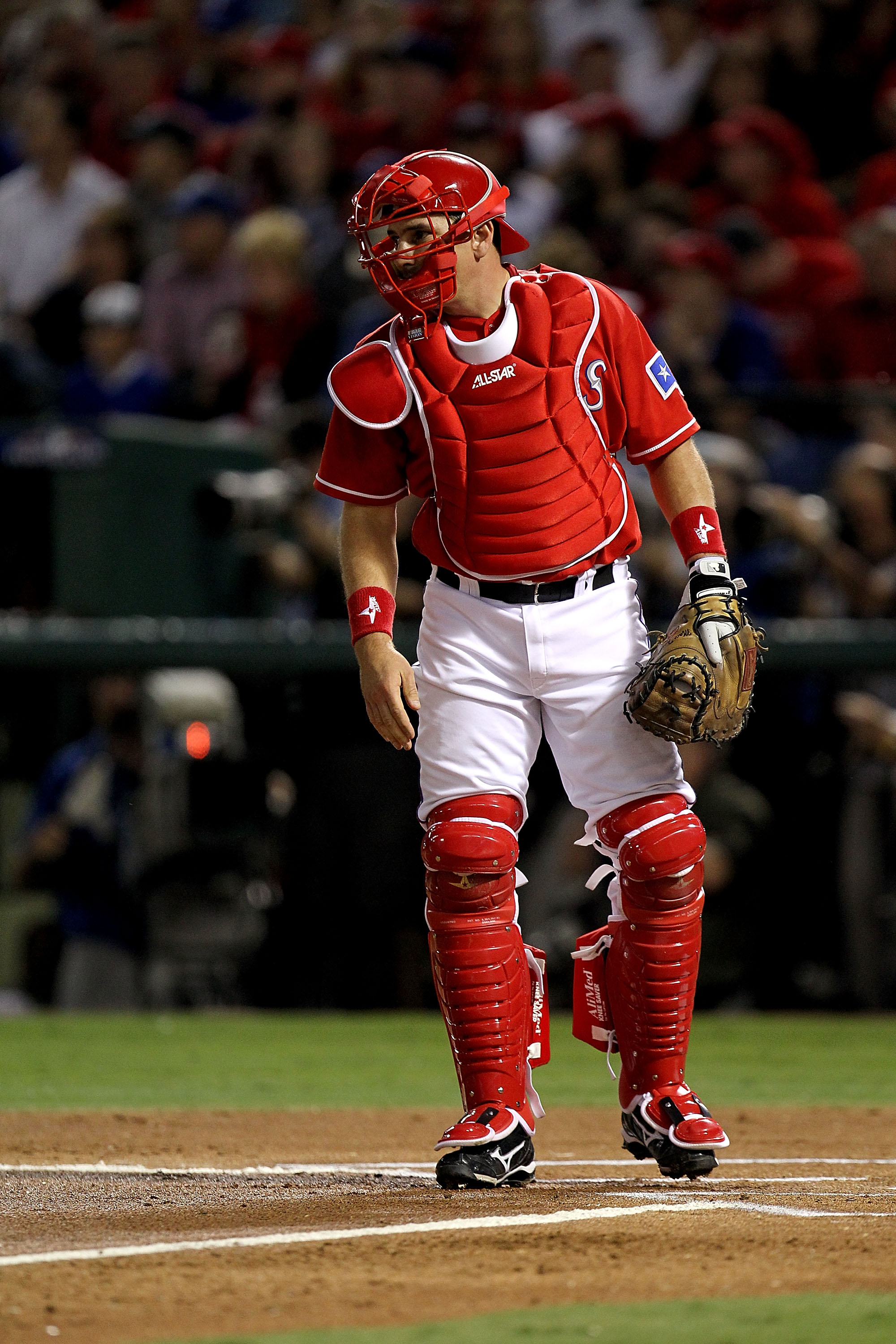 Part of the reason that Treanor, a Texas Ranger, may be viewed as unathletic is due to that fact that he is married to the incredibly athletic volleyball star Misty May. Treanor has been a backup catcher during most of his career in the majors and has achieved no where close to the recognition that his famous wife has. 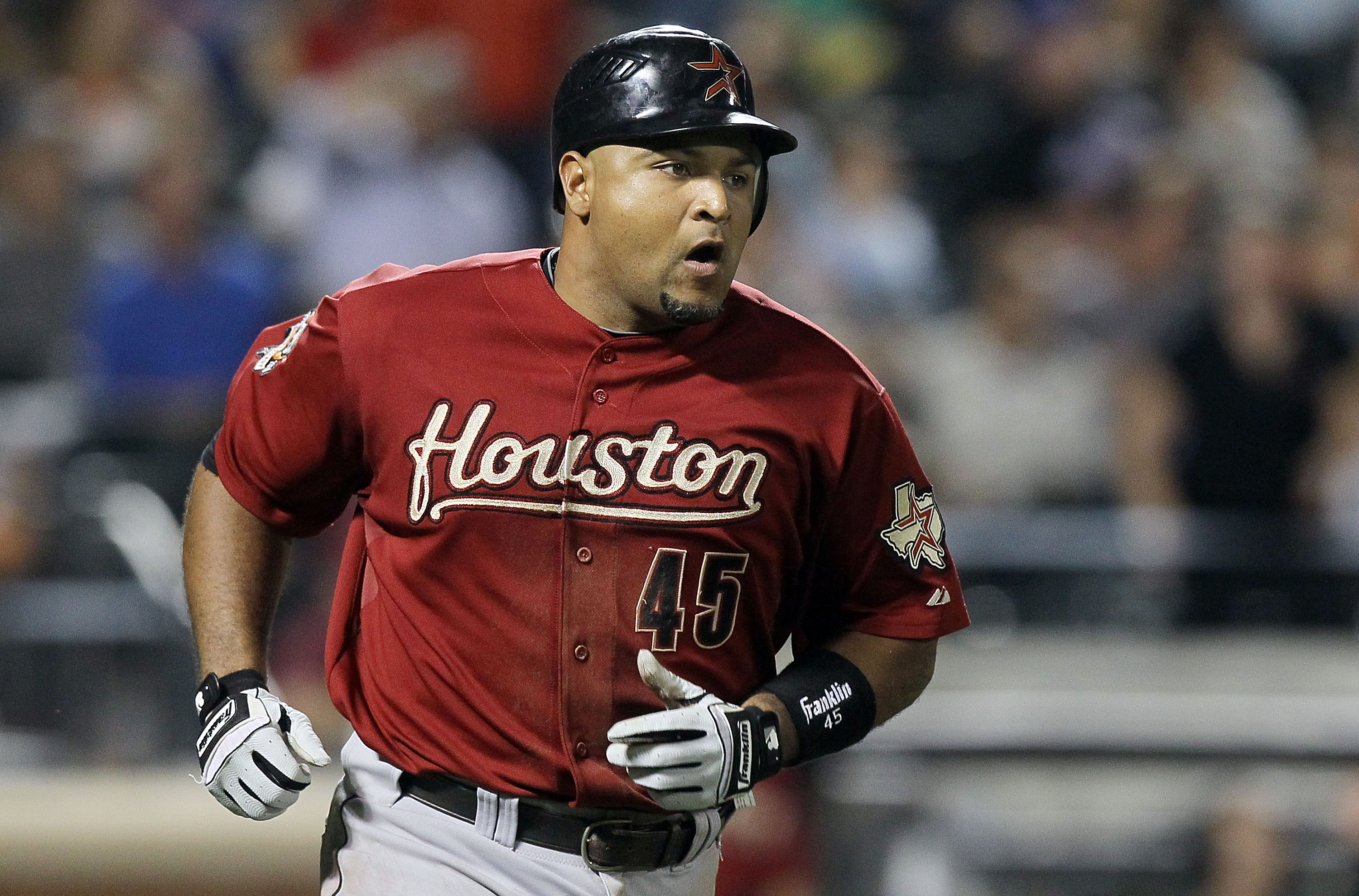 The Astros' outfielder is nicknamed El Caballo, which translates to the horse. It can be assumed that this is more due to the fact that he had carried the Astros on his back than as a reference to his speed on the base paths. Lee is one of the bigger players in the MLB, weighing in at 265 lbs. 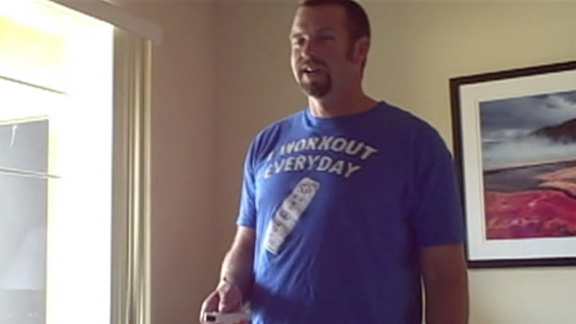 Bell is one of the elite closers in baseball today. His 47 saves were second best in the majors. Bell isn't the most athletic looking player in the majors, but to our surprise, he works out everyday (or at least that's what his t-shirt says). 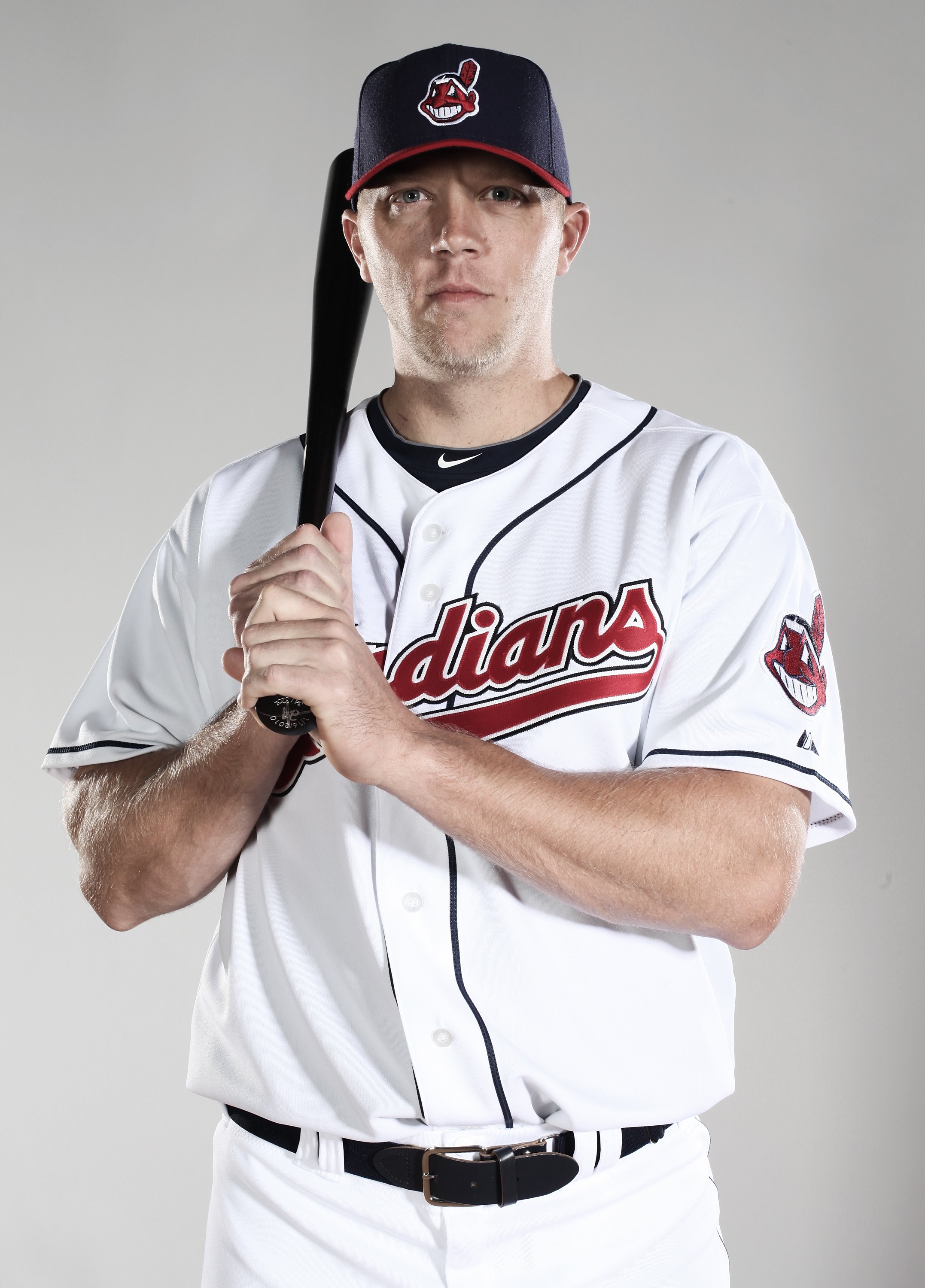 Duncan, an outfielder for the Indians, is another player who looks like he has no business being in the major leagues. He does come from a baseball family. His brother Chris has spent time in the major leagues and his father Dave is a legendary pitching coach. 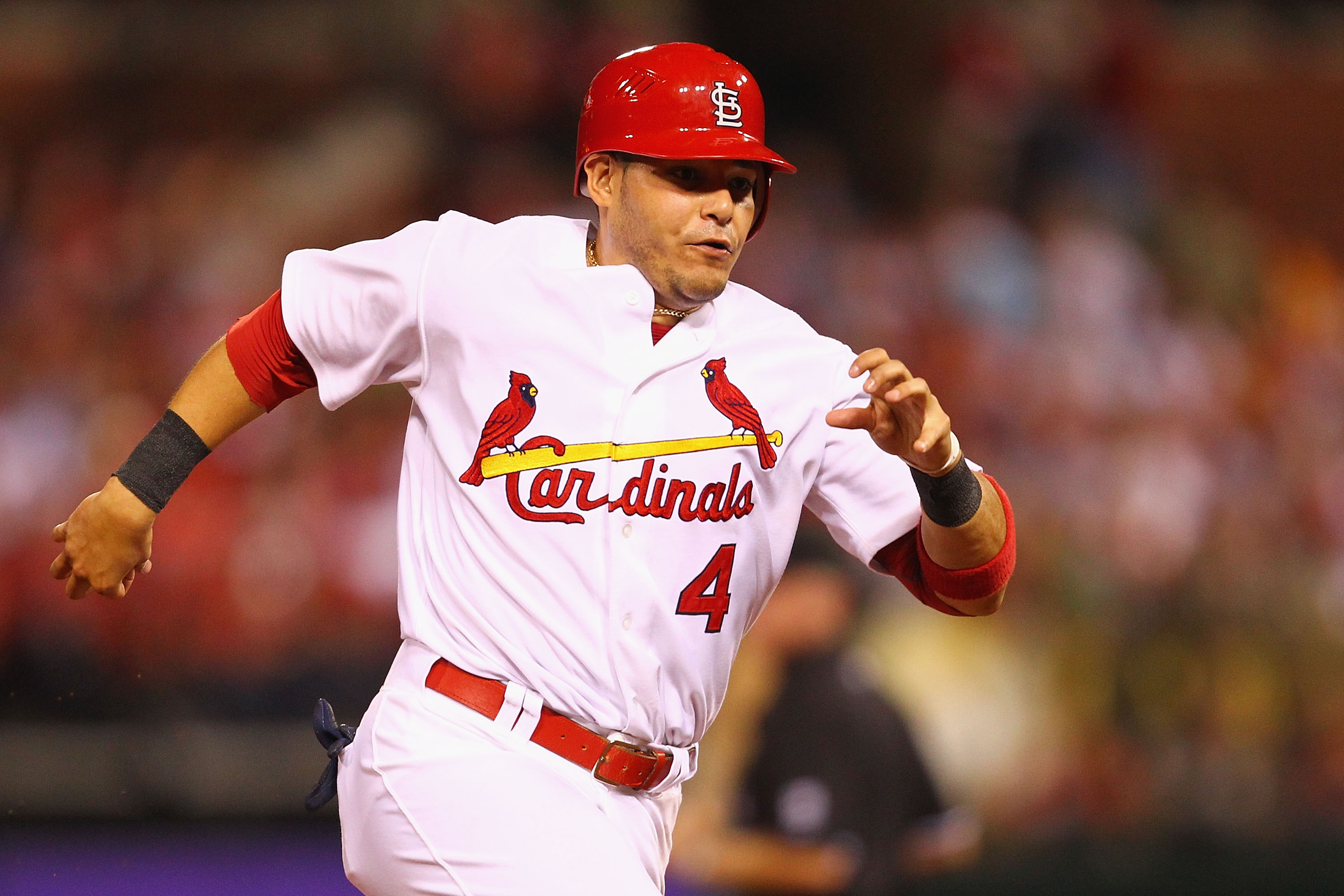 Yadier is the only one of the Molina brothers to make this list. While his brothers are equally deserving of a spot on this list, there were other players on their team that were perceived as less athletic. Yadier does not have that luxury. 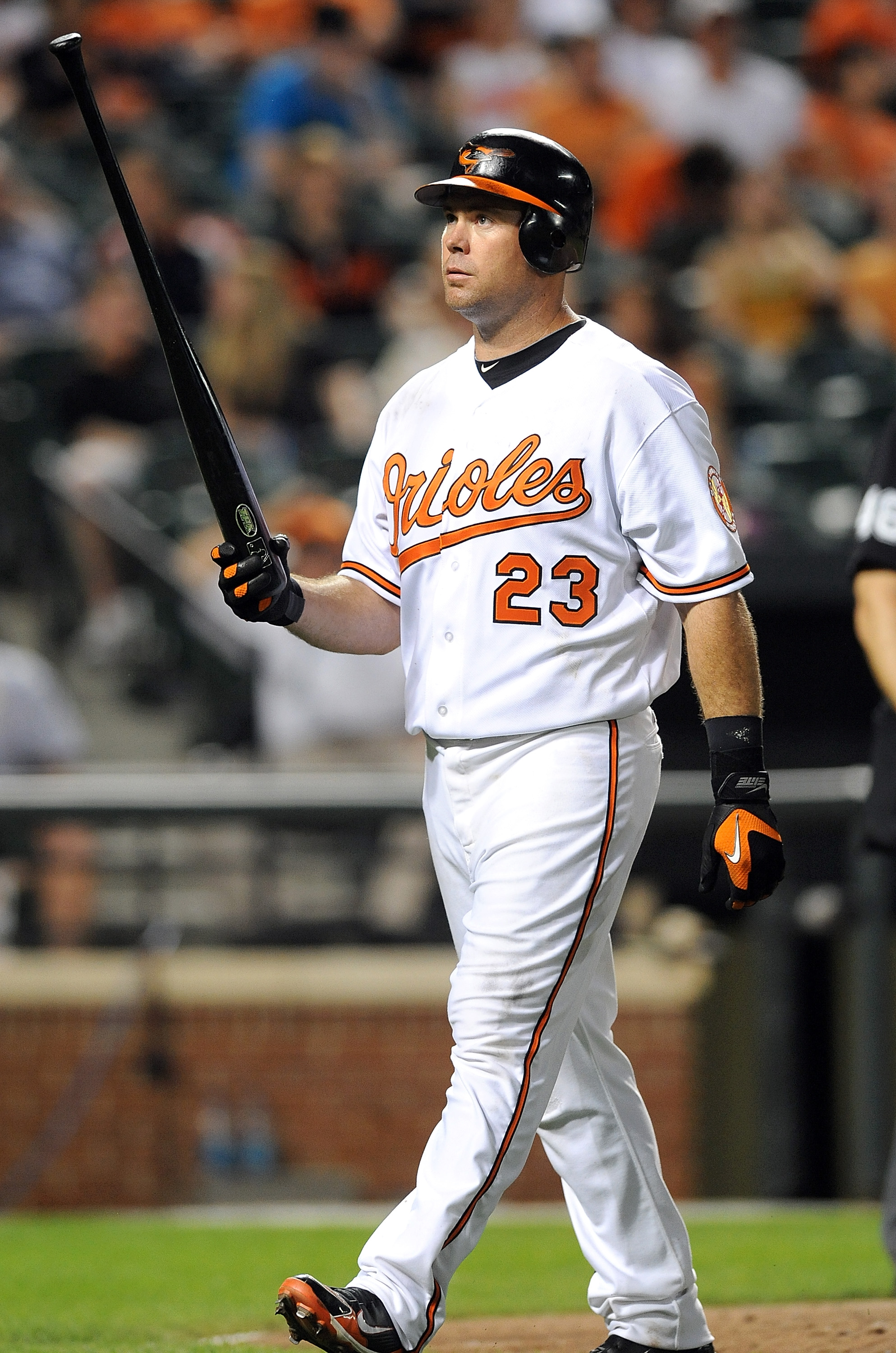 It seems as if Wigginton has been around the majors for a lot longer than just nine years. He has produced four 20 home run seasons during his career. This is very surprising considering how little Wigginton, a member of the Rockies, resembles a professional athlete. 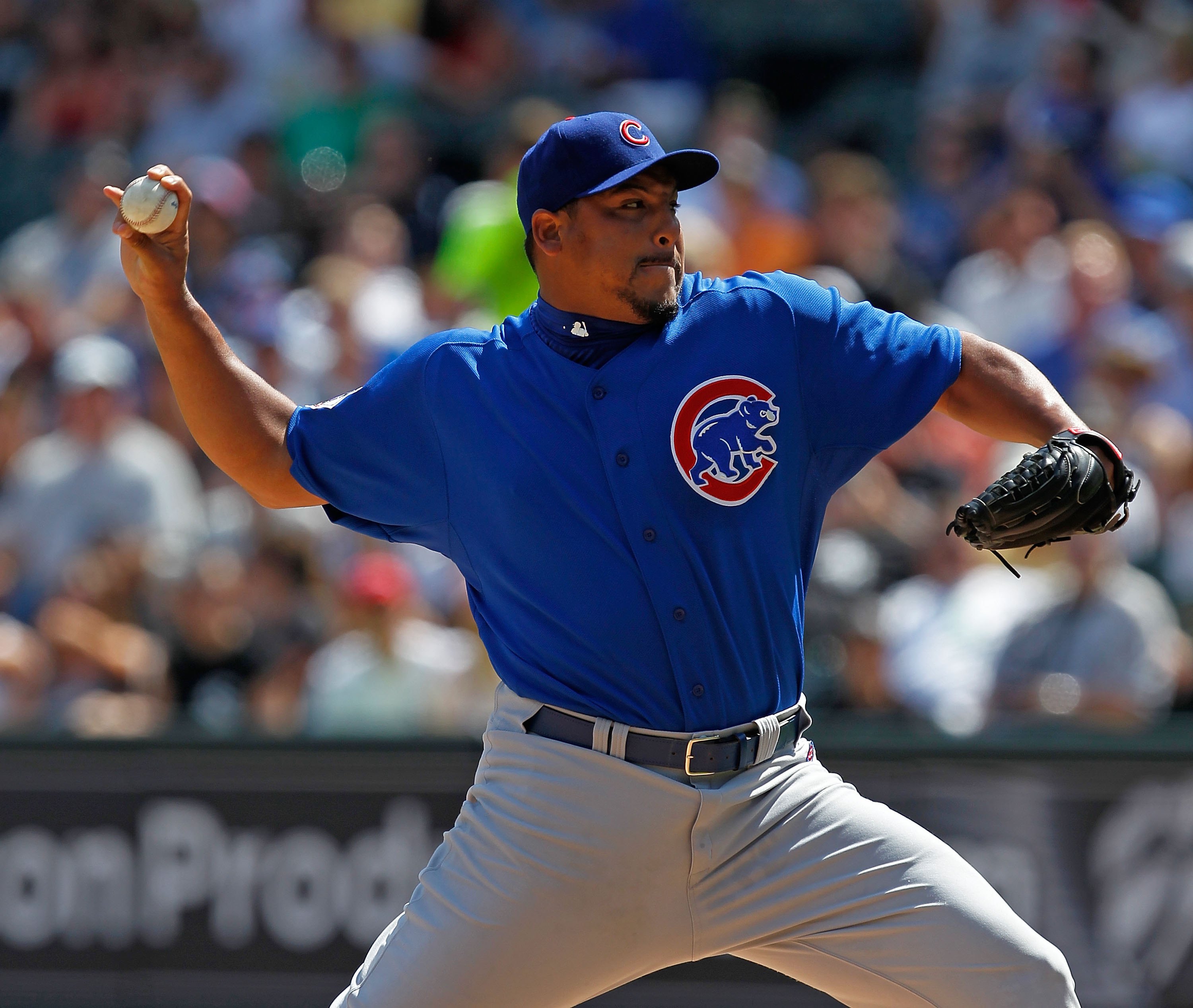 The feisty Cubs pitcher has been the ace of the team's staff for years. Zambrano is nicknamed Big Z. This is an obvious reference to his large stature. He is one of the many larger pitchers in the game that have been able to find success. 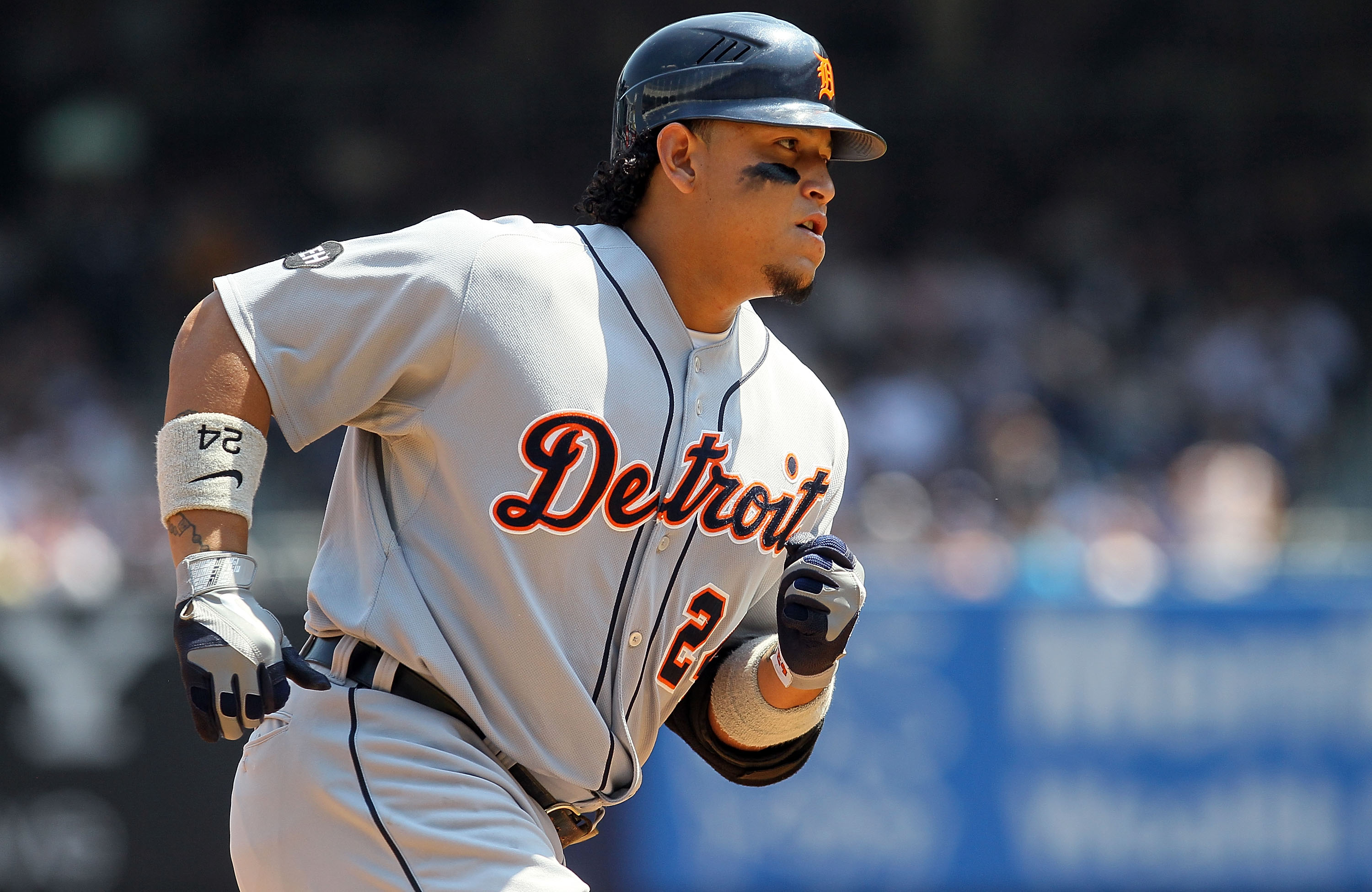 Miguel Cabrera is one of the top hitters in all of baseball right now. Cabrera has had documented weight problems and seems to be getting slightly bigger as time goes on. He now weighs 240 lbs, but his weight has had no negative impact on his offensive game. 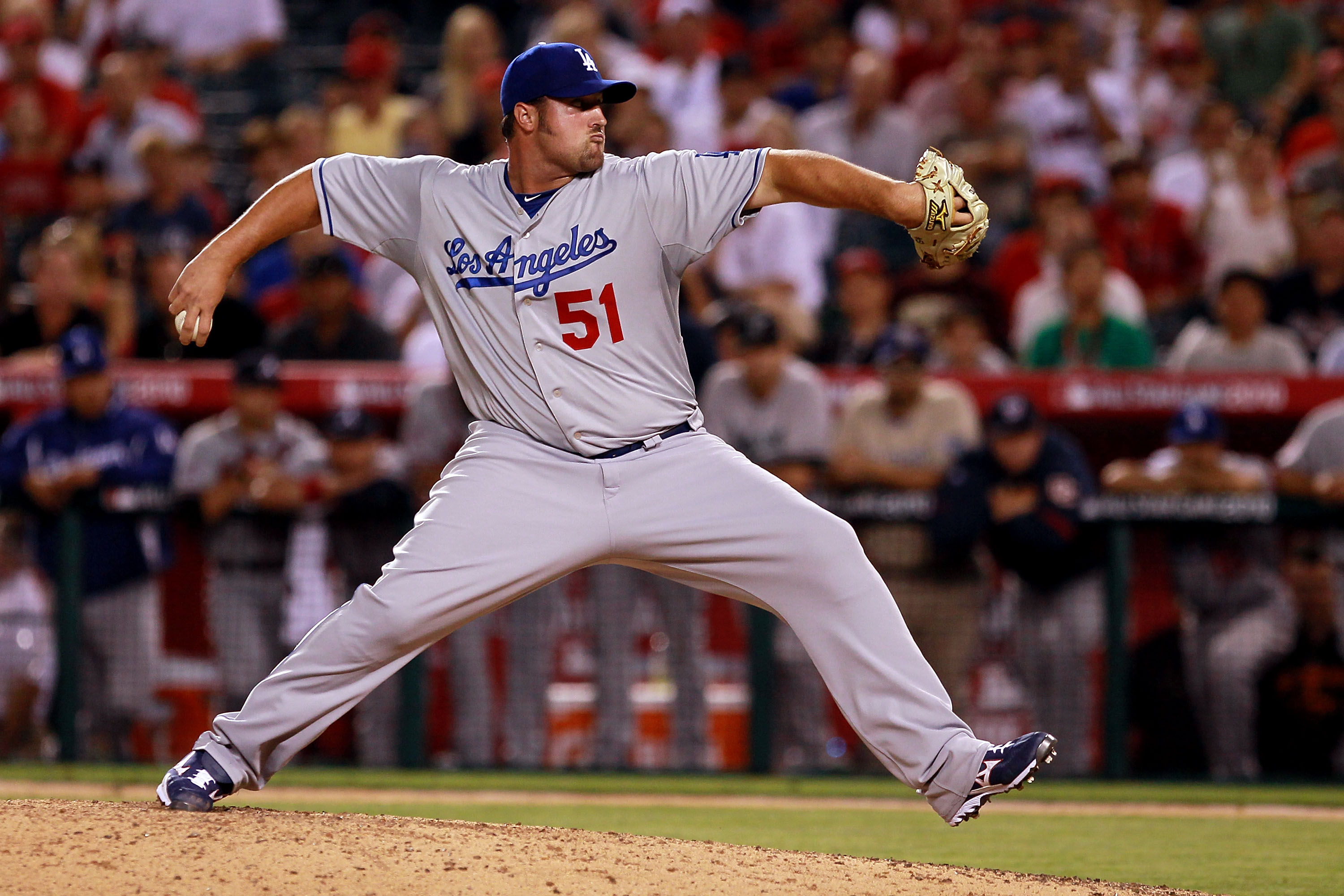 Like Zambrano, Broxton is a big man. The Dodgers closer weighs in just under 300 lbs. However, none of that has stopped Broxton from being successful. Broxton is able to rear back and throw powerful fastballs to hitters. 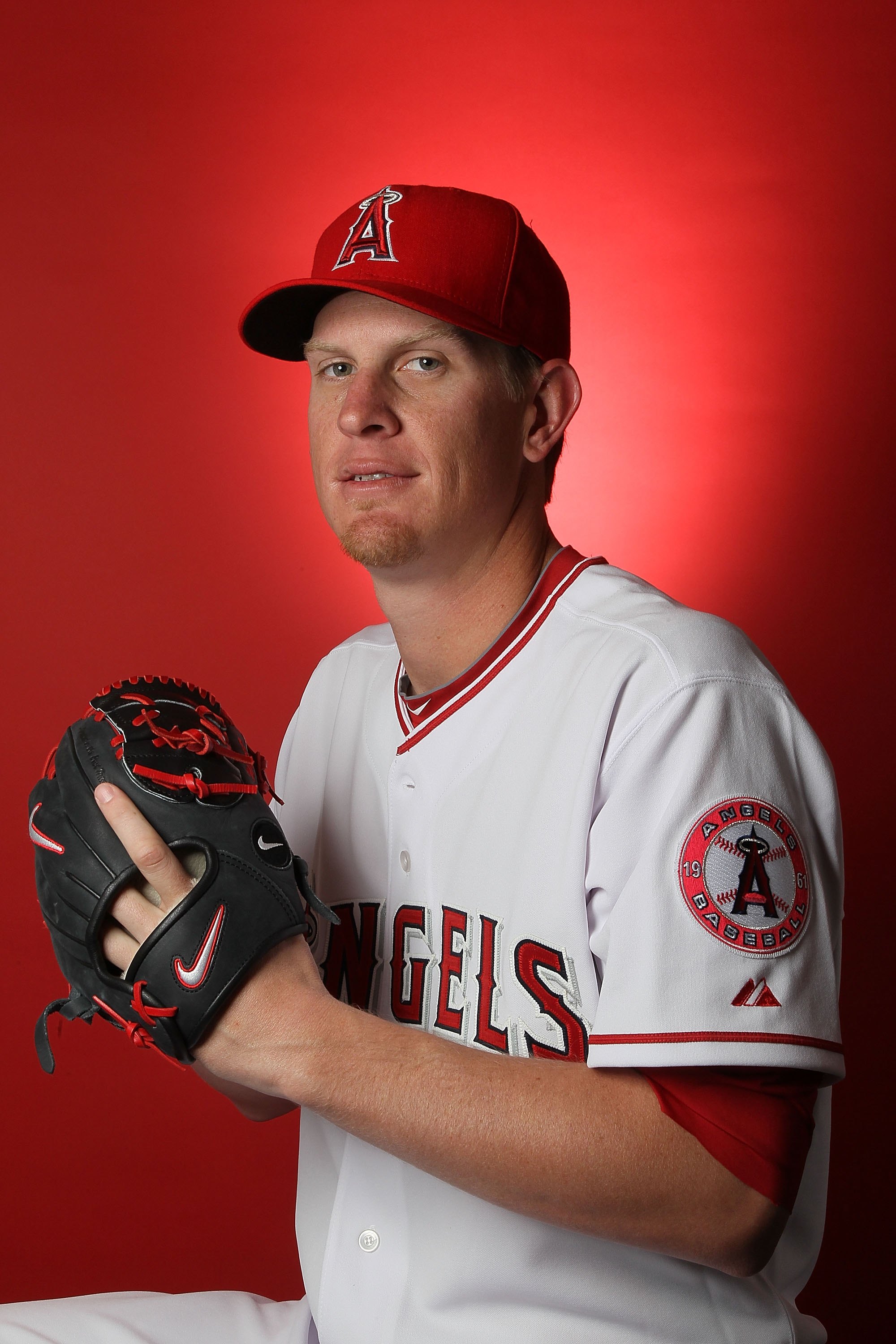 Weaver, the Angels' ace, led all pitchers in strikeouts last season with 233. That's not bad for someone who looks like they would be the type of kid who never picked up a baseball. Weaver is almost the exact opposite of what fans perceive when they picture one of the top pitcher in baseball. 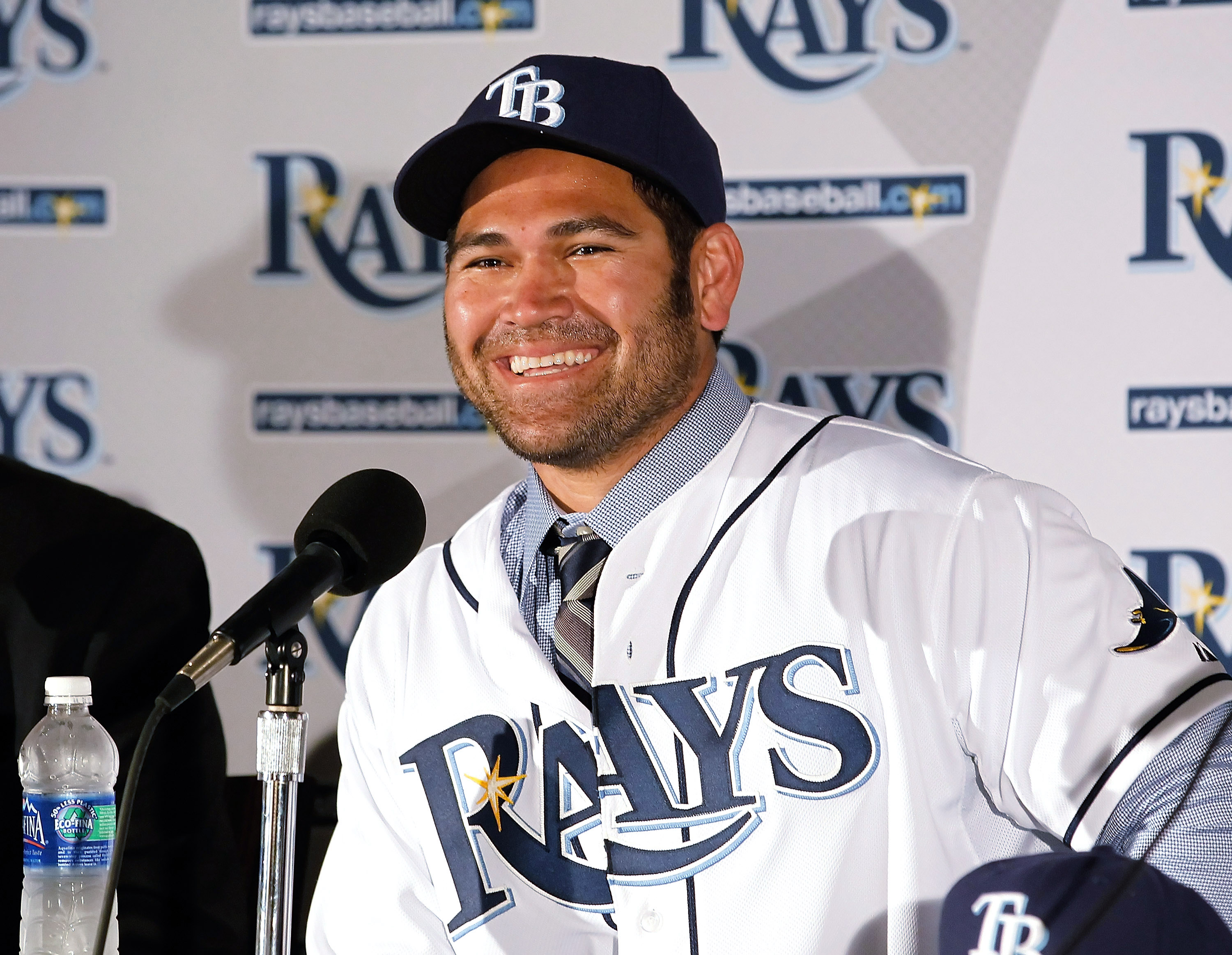 Damon earned his nickname the Caveman because of his long hair and outstanding beard during his time with the Red Sox. As if it wasn't bad enough that he signed with the Yankees, Damon went clean shaven during his tenure with the team. Now a member of the Rays, fans can only hope that he returns to the classic caveman look. 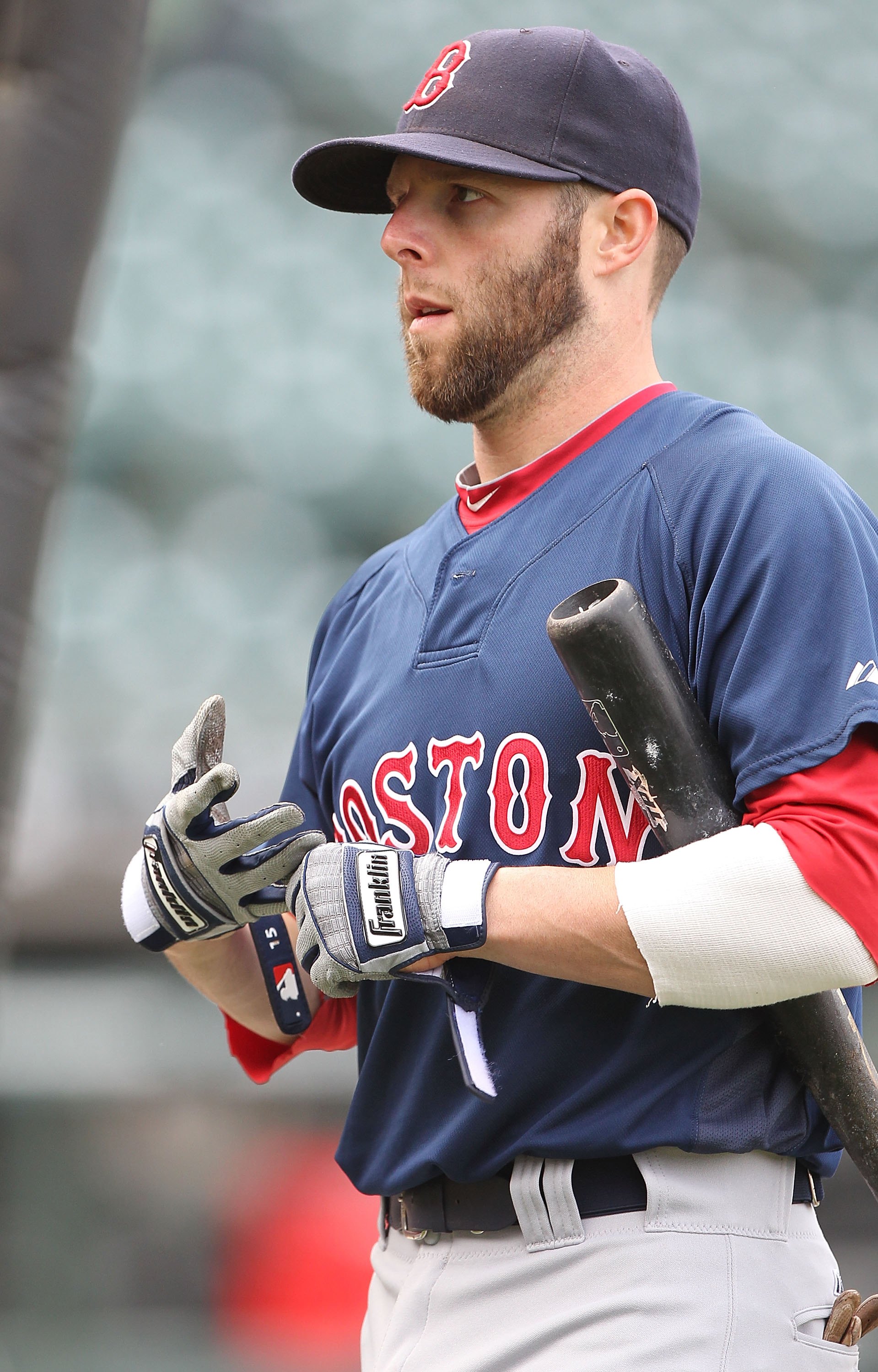 Pedroia is consistently referred to as scrappy because of his size. He is one of the shorter players in the majors at just 5' 9". Even though Pedroia is so small compared to his teammates, he has managed to win the Rookie of the Year award as well as an MVP award. 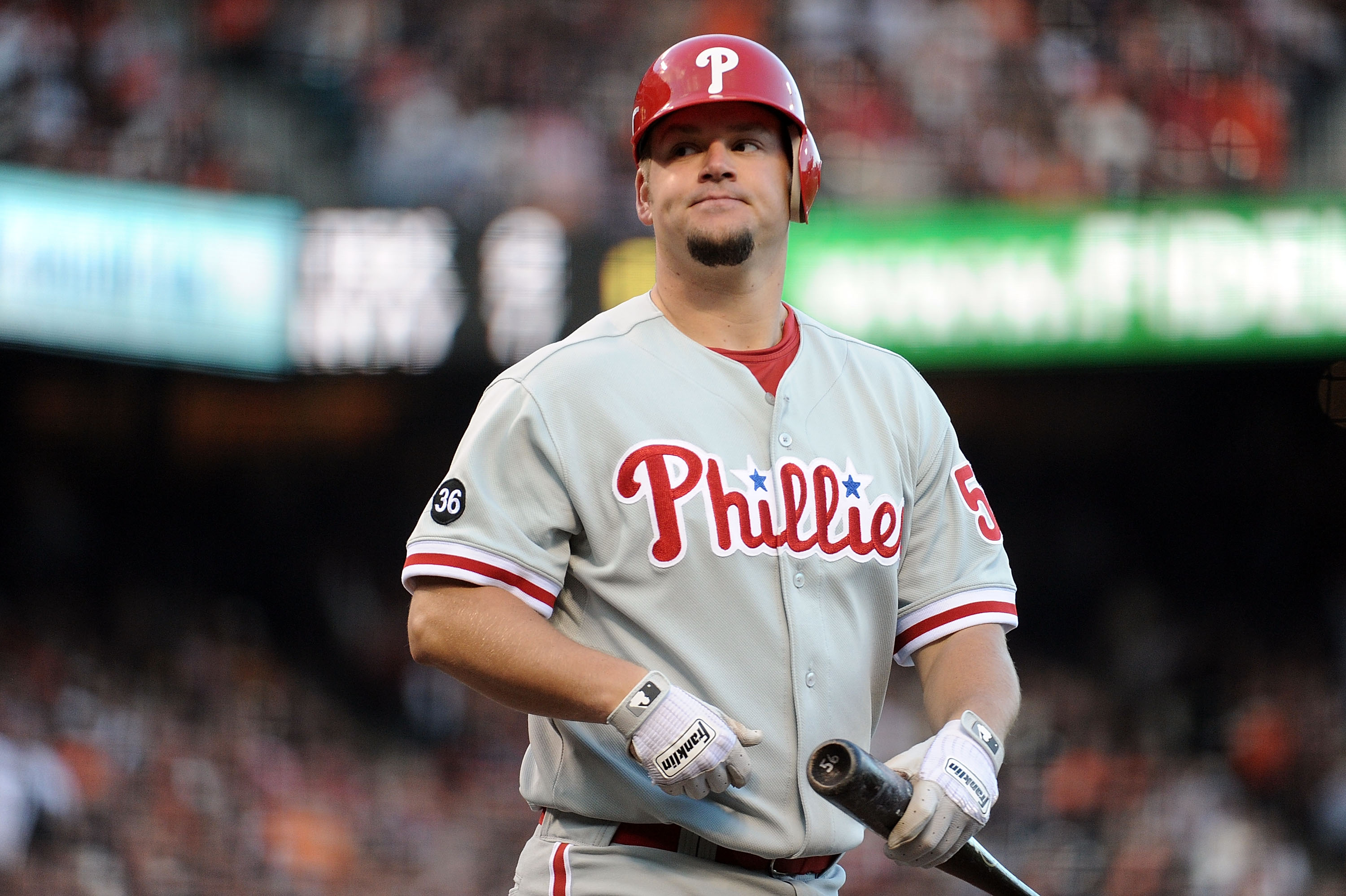 Joe Blanton, a member of the Philadelphia Phillies, is a big man. Blanton weighs in at just 245 lbs, but he appears to be much larger than that. Blanton is currently waiting to see if the Phillies will trade him or if he will be the team's fifth starter next season.

Jim Thome will likely be enshrined in Cooperstown. The Goonies was one of the greatest movies of the 1980's. The link between the two may not be obvious. However, Thome has a striking resemblance to Sloth, one of the characters in the movie. Both Thome and Sloth do not look athletic but each of them could hit a baseball well over 400 feet.

Jayson Werth was lucky enough to sign an nine figure deal with the Nationals this off season. Hopefully this will be enough of an incentive for him to change his look. Werth could have easily been confused with Vanilla Ice. As if it is not bad enough to be compared to the singer of "Ice, Ice Baby", Vanilla Ice was also not exactly the pinnacle of athleticism by any means. Werth has clearly overcome this unfortunate lookalike situation and is one of the better players in baseball. 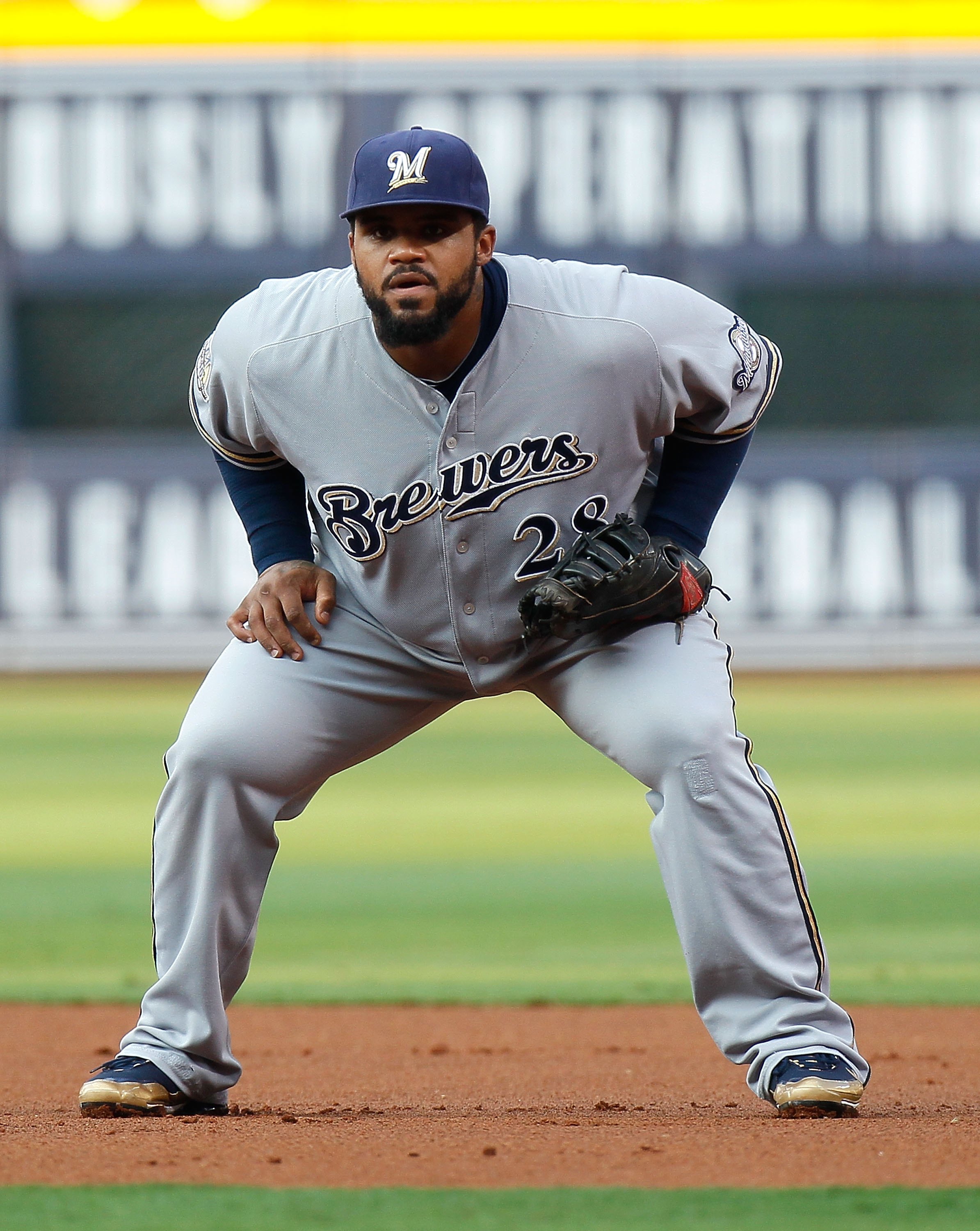 The common believe is that the bigger someone is the more powerful they are. This especially holds true for Prince Fielder. At 5' 11" and 270 lbs, Fielder is fairly large. He is also fairly powerful. He has never hit less than 28 home runs in a full season and he topped the 50 home run mark in 2007. 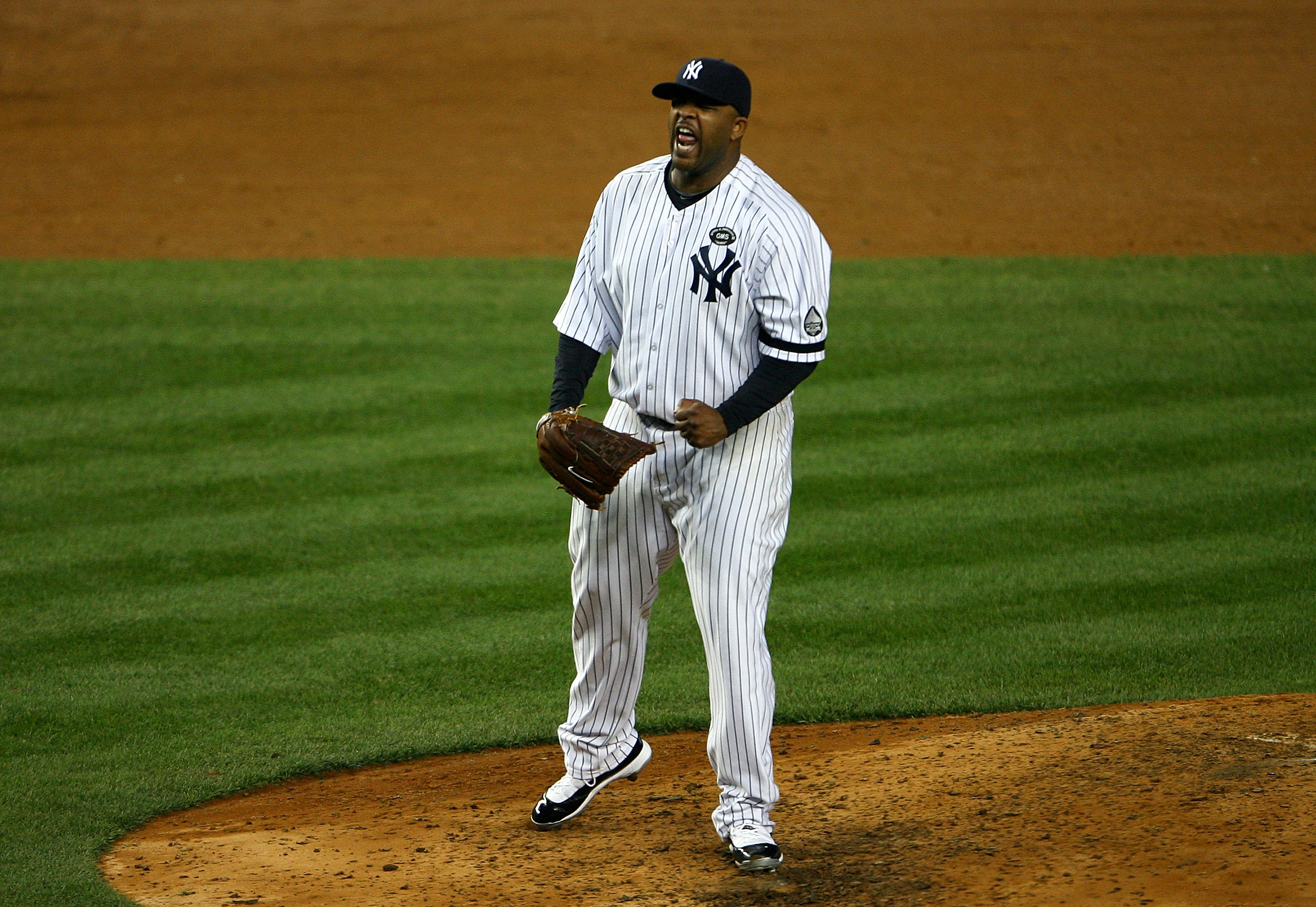 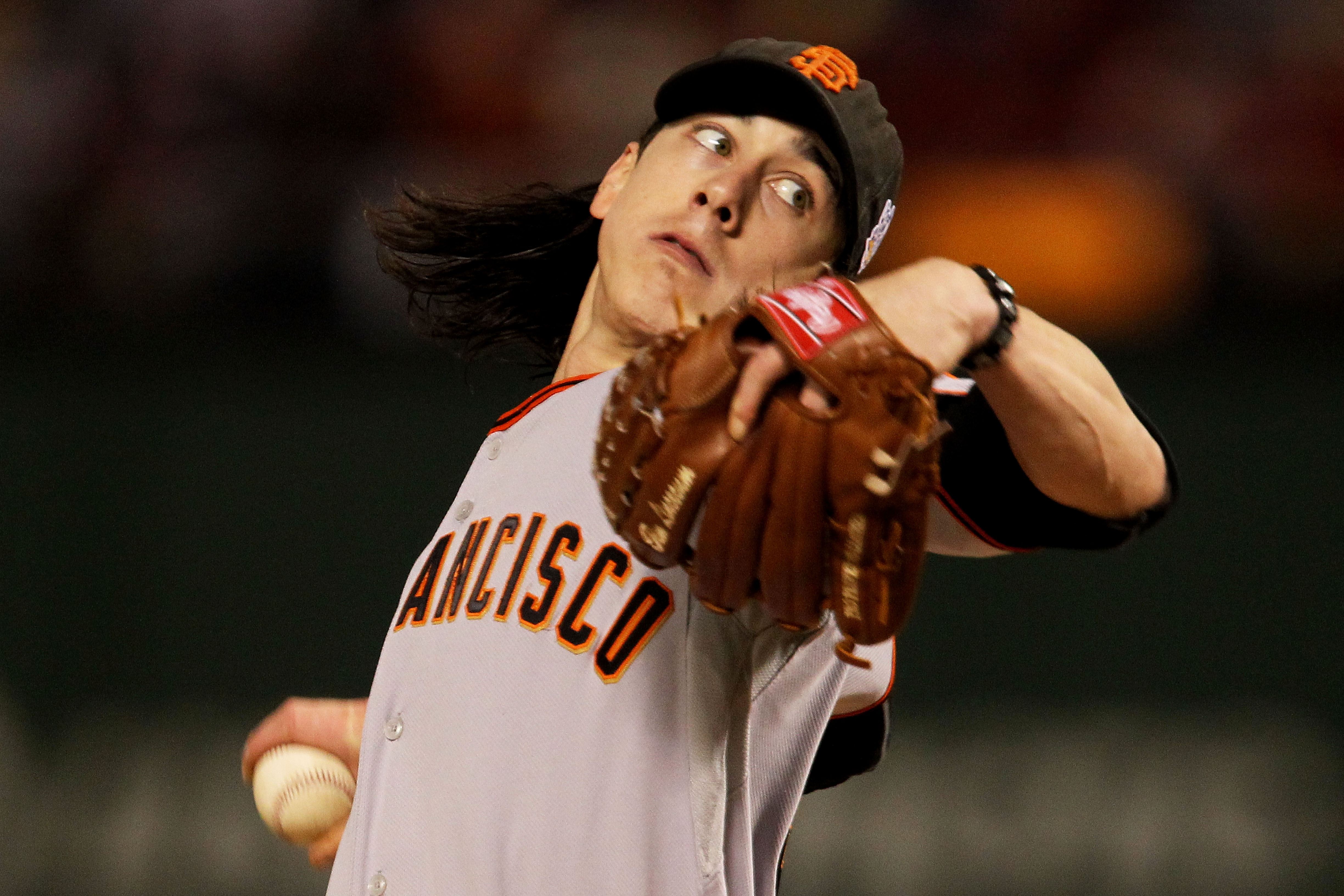 Lincecum bares little to no resemblance to a professional athlete, however, he is one of the top pitchers in all of baseball. Lincecum's shaggy hair and young look make him appear to be more likely to be sitting in his room playing baseball video games all day than someone who is actually on the mound throwing pitches.