NBA Trade Rumors: The Five Best Trade Chips The Team Can Use (and Who They Get) 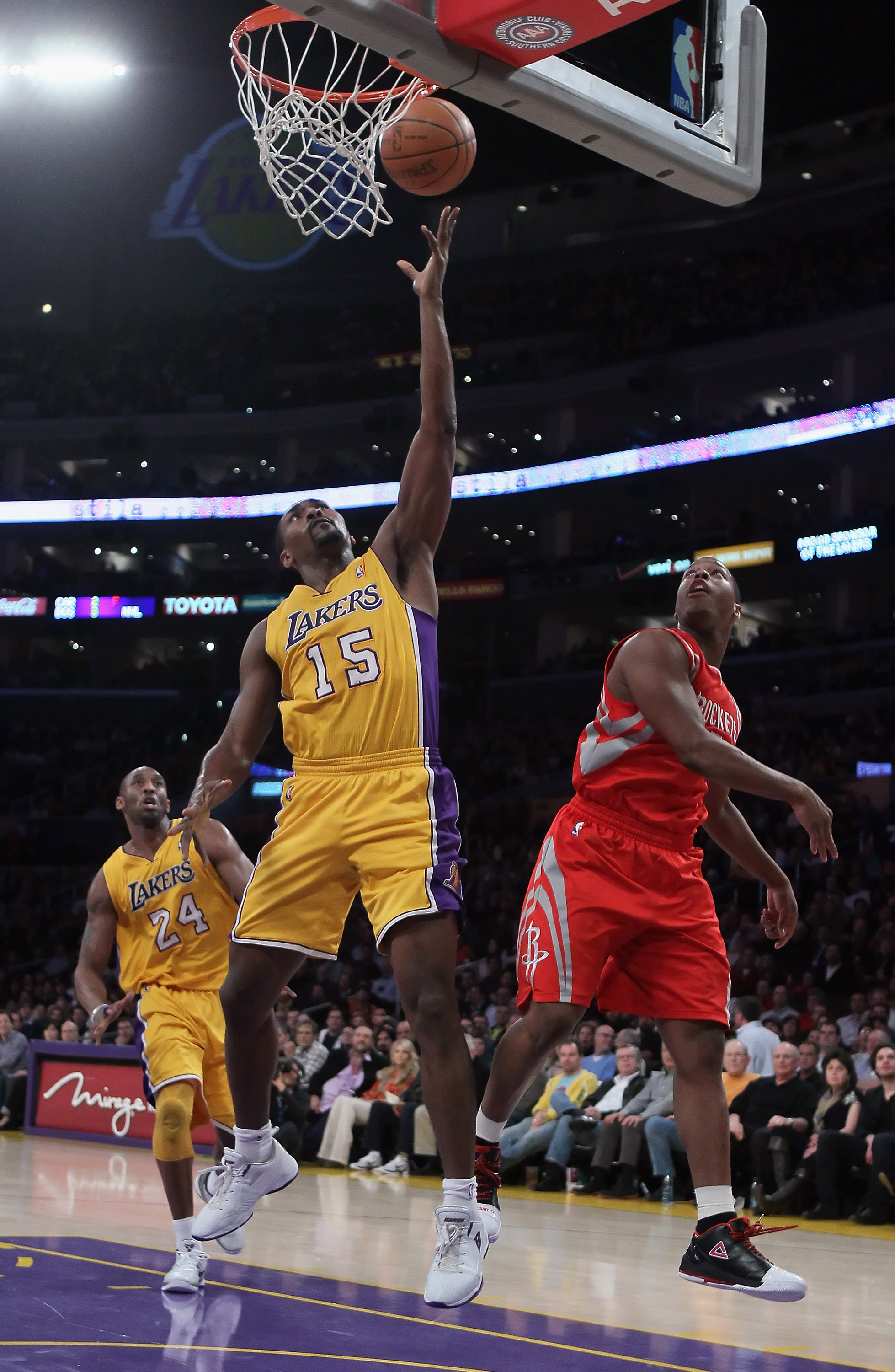 The world is buzzing after Lakers GM Mitch Kupchak commented that they might be looking to make a trade. Exactly whom would be traded for whom wasn't stated, and that's what all the curiosity is about. Now Ron Artest supposedly wants to be traded.

The problem is no one is going to take Artest. Why would they? That doesn't mean a trade is impossible though. It's just going to be very hard.

A big part of the problem is trying figure out who the Lakers could realistically trade. There are some players--almost everyone really--that seem to be cost prohibitive. That's not to say there aren't possibilities.

Bear in mind these are entirely hypothetical and most are fairly far-fetched, but that's the position that the Lakers are in.

The following hypothetical trades are the least far-fetched... 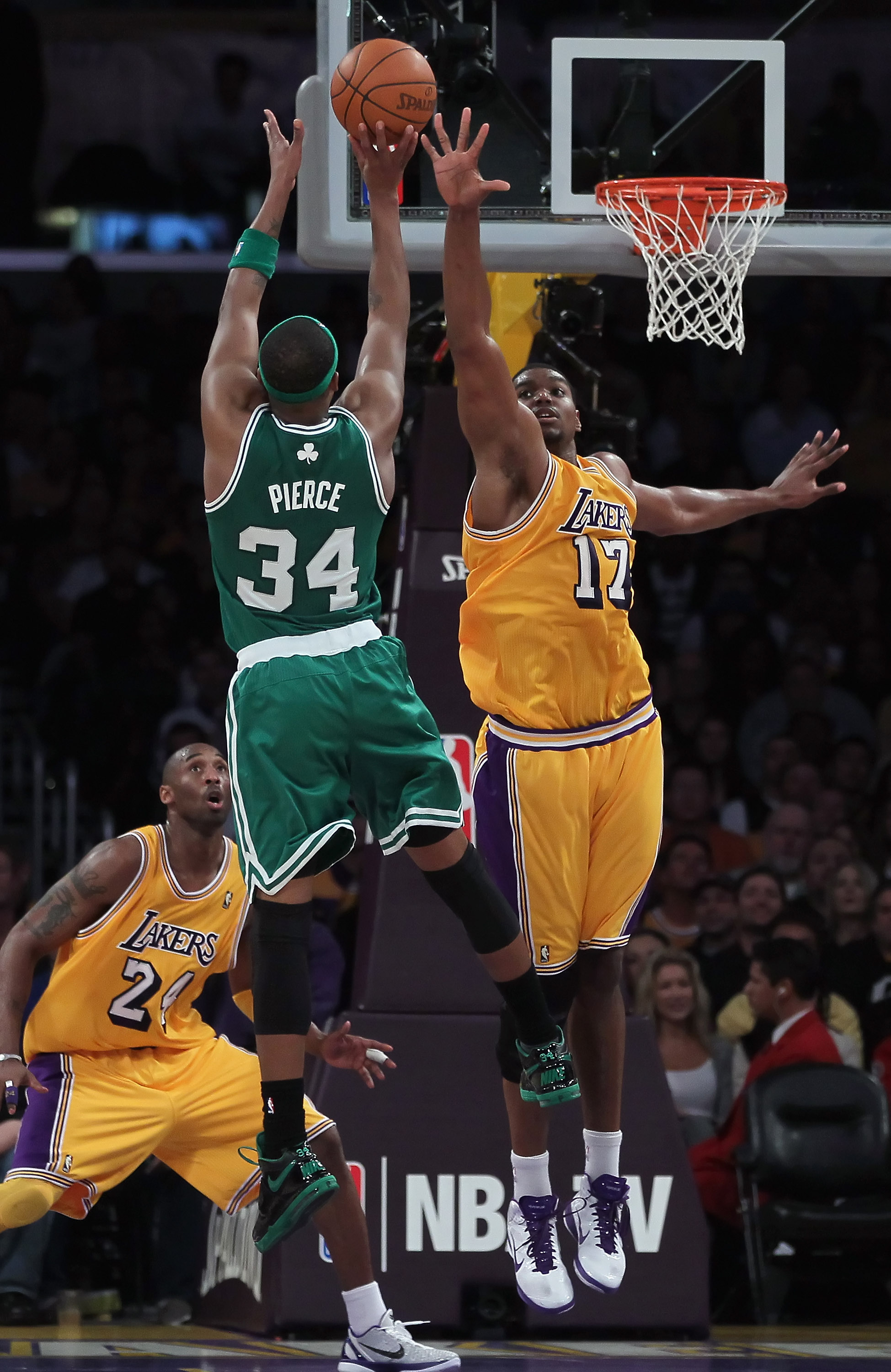 Remember--I know these are ridiculous.

Part of the problem with trading Bynum is that he comes with a hefty price tag--in the sum of a 13 million dollar contract--meaning there will be a limited number of teams who can take him. His injury history won't have teams jumping to sign him, either.

Teams aren't salivating at the opportunity to overpay a guy who can't play.

Still, Rip is able to score, which should take some of the pressure off Kobe to do so. Nobody ever accused Hamilton of being too afraid to take a shot. Detroit wants to get rid of him and he'll be happy to oblige. It could work for both teams. 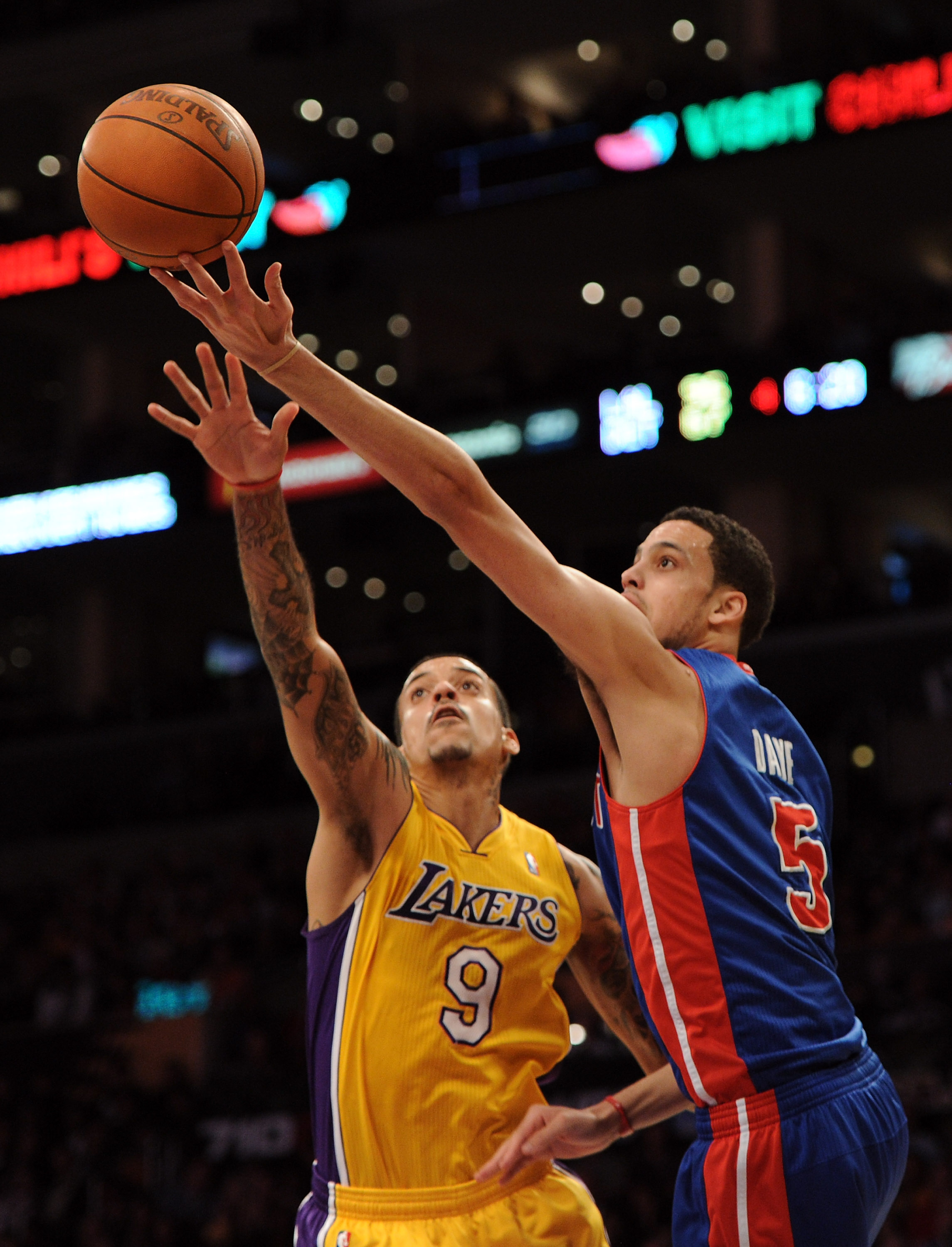 I'm not positive how to make this one work. It would require a third team to be involved where the Lakers would acquire a player in the ballpark of five million dollars for a trade exception and then trade them over to the Bobcats for Stephen Jackson along with Barnes and Ratliff.

Michael Jordan has been itching to dump salary, so why not send a couple of expiring contracts on over in Barnes and Ratliff, and get rid of Ron Artest's old fight club buddy?

Admittedly, it would be a questionable reunion, but remember we're dealing with limited possibilities. 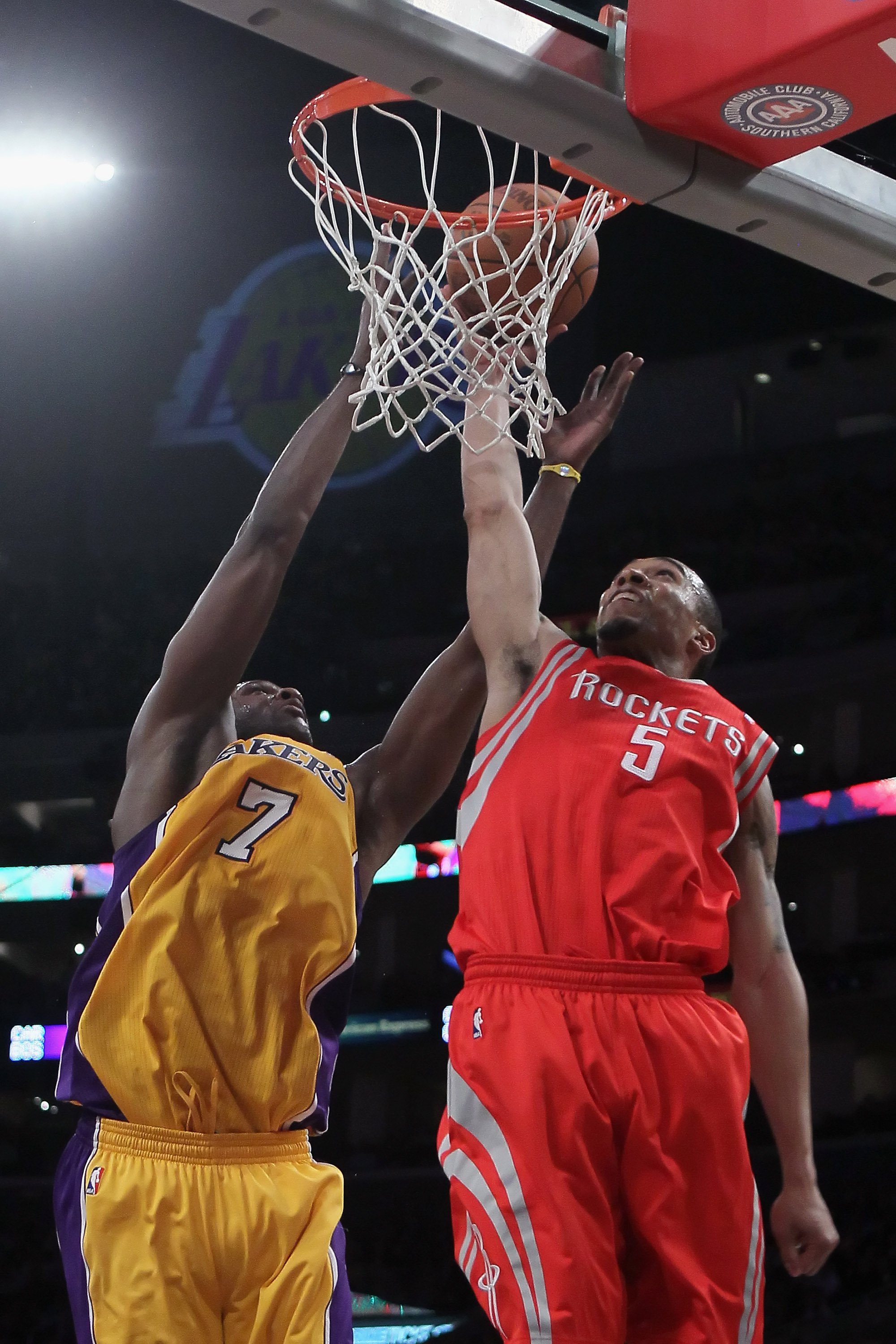 This trade could work for both teams.

Atlanta has a problem in the middle because Josh Smith is a bit small to be a true power forward. Lamar Odom might be a better partner in the middle to Al Horford. His athleticism should allow him to fit well into the Hawks system.

On the other hand, Josh Smith's versatility could land him in the role of the sixth man, which Odom used to be with the Lakers.

He would bring a ton of energy off the bench, and is capable of doing whatever they ask him. He could also plug into that defensive small forward slot until Artest decides he wants to play again. 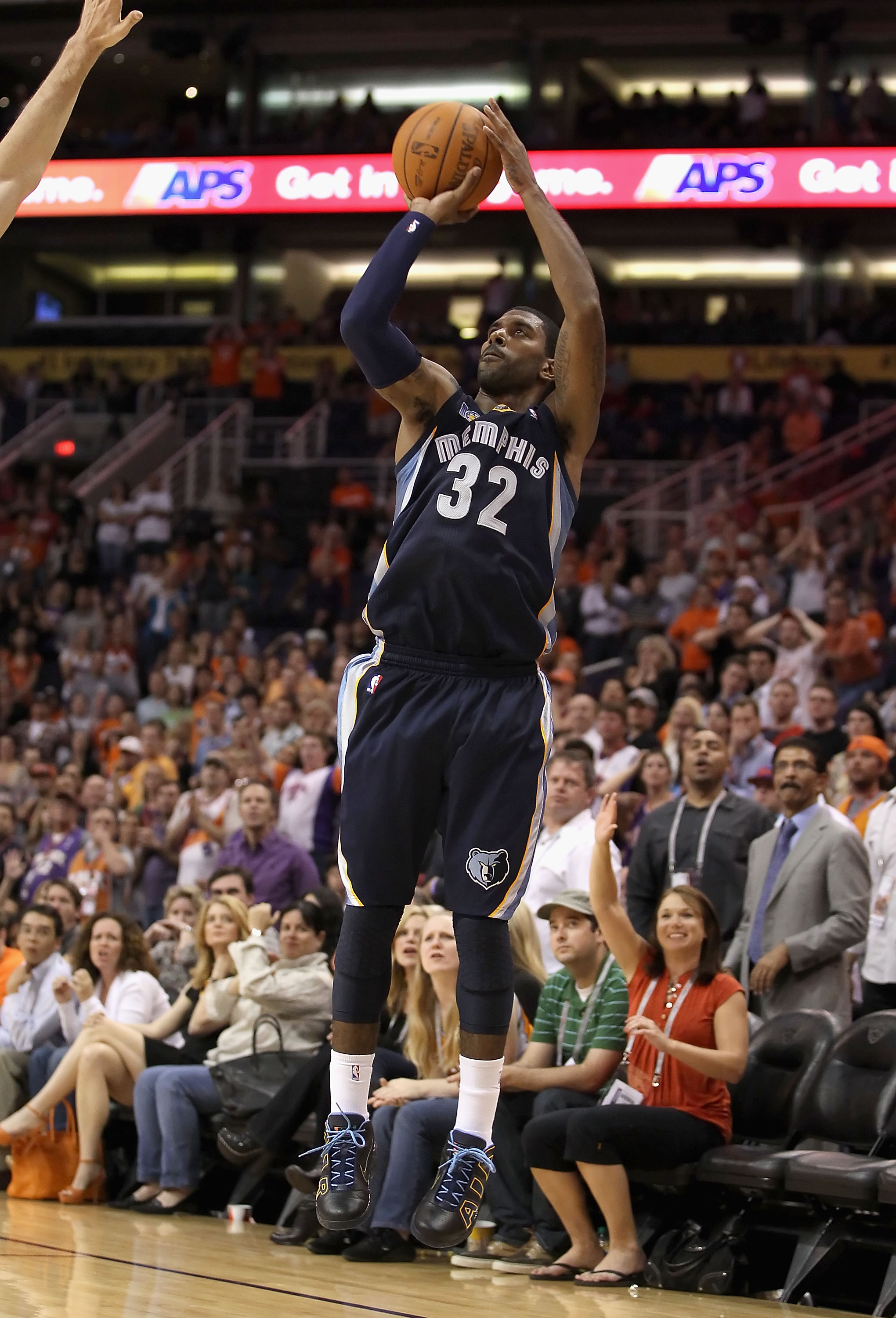 Honestly, what it boils down it is pretty simple. The Lakers don't have a lot of options, and the best thing they might get is a player that someone wants to get rid of that's making around five million for a draft pick and trade exception.

OJ Mayo is falling out of favor in Memphis and his suspension isn't helping matters. He's got So-Cal memories, but they have memories of him too, and they aren't all fond.

Someone like Francisco Garcia who is a decent three point shooter and could bring some energy off the bench might help.

Lou Williams could be another option.

All these trades were successful in the NBA trade machine.

1) Shannon Brown For Taj Gibson Or Someone Else 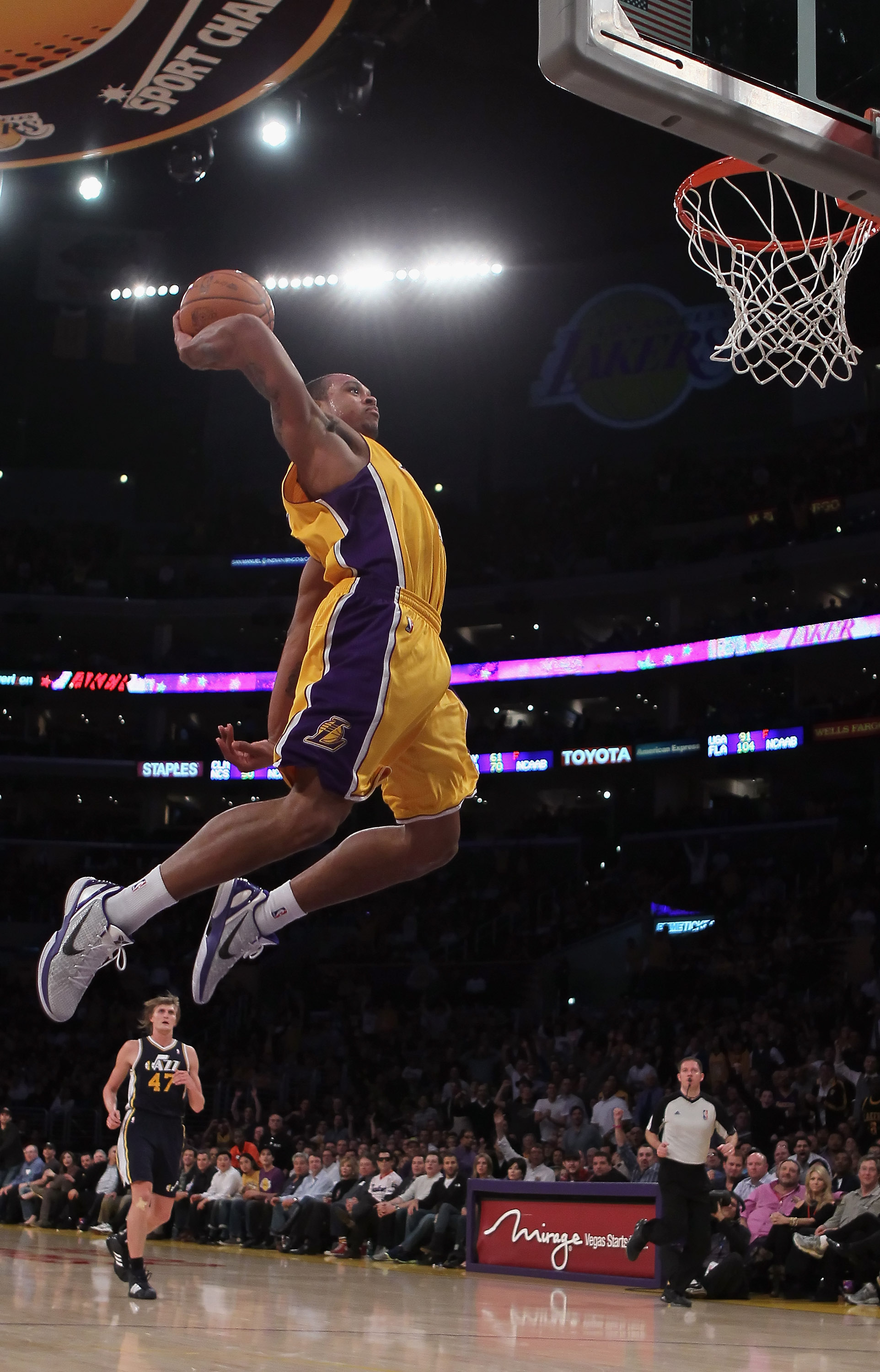 Let's keep things realistic. The Lakers only have one realistic trade chip and that's Shannon Brown. He's become a favorite of Lakers' fans and they understandably aren't eager to let him go. However he's got a nice salary, a short contract, and he's good enough that people would want him on their team.

Chicago is wanting a shooting guard who can both shoot and guard, which is why I put Taj Gibson in the receiving end. Using their trade exception though they could probably get something more for him somewhere else, although Gibson has generated interest from several teams.

Honestly, if the Lakers are going to make a trade though, it's going to have to involve Brown. To whom and for whom? I don't know. But he is their best chip. He would have to approve any trade, but he might like the idea of playing at home and starting.