When compared to its NFL and NBA cousins, the MLB draft receives very little attention. Part of this is by design: the draft is held during the middle of the season (and before the end of the college season), it is a mixture of high school and college athletes and almost all of the players wind up spending a few years in the minor leagues before reaching the big club, assuming they make it at all.

Interest in the draft has been rising in recent years as fans are becoming ever more interested in the development of MLB talent. The draft was televised for the first time in 2007, and recent prospects like Stephen Strasburg and Bryce Harper have brought unprecedented attention and hype to the draft's first round.

Considering all of this, it is unsurprising that many of the MLB previews on the magazine racks feature articles about the draft. As with many aspects of the game, however, these articles almost universally focus on the negatives of the draft while ignoring the positives.

The one thing that every article has highlighted, however, is that the signing bonuses and money going to amateur players is running unchecked and out of control. And quite frankly, there isn't a lot of evidence to back up this claim. On the contrary, the MLB draft is keeping money for amateur players in check as efficiently as it ever has.

The Costs of the Draft

Like most of baseball's innovations, the main reason that MLB instituted the draft is because of money.

Prior to 1965, bonuses being handed out to amateur players were outpacing MLB salaries; in fact, more money ($7 million, according to the Sporting News) was spent on "bonus babies" in 1964 than on the combined salaries of every MLB player. The reason for this was simple: without a draft, a player could sign with whatever team he wanted, allowing him to auction off his talents to the highest bidder.

The draft changed that almost immediately. In 1964 (the final pre-draft year), the highest bonus to an amateur went to Rick Reichardt, who signed with the Los Angeles Angels for a record $205,000 bonus; the following season, the Kansas City Athletics were able to sign Rick Monday for a mere $100K—less than half of what Monday could have received the previous season.

Monday's bonus would not be surpassed by another draftee until 1975, when the California Angels gave Danny Goodwin $125k—and for good reason. After all, it was the second time that Goodwin was the first pick in the draft. Reichardt's record bonus would not be surpassed until1979, when the New York Yankees gave Todd Demeter $208k—a record that held until Andy Benes received $235k from the Padres in 1988.

Average salaries for first rounders had been held back, too, as the average bonus for a first rounder was around $50k during the 1970s and remained around $100K throughout the 1980s.

Things started to change dramatically in the 1989 draft, as Ben McDonald was signed by the Orioles for $375k, only to be topped later in the draft by John Olerud's $575K as a third-rounder (Olerud, the 1988 NCAA Player of the Year at Washington State, went directly to the Majors).

Note: these numbers are just bonuses. Some of the signees actually received more money by signing guaranteed MLB salaries. For example, Strasburg's total contract was worth $15 million, which is nearly $5 million more than the next-highest contract value handed out for a draftee.

All numbers are courtesy of the Sporting News MLB Preview, which I strongly encourage everybody to check out. The article is full of great information on the draft's history, as well as a solid preview of the 2011 season.

On the surface, it would appear that the costs of the MLB draft are indeed rising unchecked. However, this argument ignores the major reason that the draft was implemented in the first place: more money was being spent on amateur players than established players.

The combination of exploding revenues and the rising cost of all MLB players (due to free agency and otherwise) means that it is totally reasonable to expect the cost of amateur talent to steadily increase.

However, one understated fact about the draft is that the average signing bonus for a first rounder closely mirrored the average MLB yearly salary prior to free agency.  For example, while the average bonus in 1975 was a little over $49k, the average MLB salary during that time was slightly under $45k.

Free agency dramatically boosted the cost of veterans over the years—as the following table demonstrates—and the average MLB salary now sits at $3.34 million.

Here are two important things to note from the graph: the rate at which draft bonuses rose strongly mirrored the rise in overall salary; and with the exception of two seasons (1998 and 1999) the average draft bonus for first rounders has not been higher than the average MLB salary. If anything, the disparity between the two is increasing, not decreasing.

But what about the costs of individual players? After all, Stephen Strasburg's $7.5 million bonus simply raises the bar higher for everybody else, right?

Not necessarily. Remember that Strasburg is widely considered the greatest, most-hyped college baseball prospect in MLB draft history. The idea that such a talent should get the biggest contract actually makes perfect sense. His bonus is due to the fact that he was considered such a historic, sure-thing player; even Bryce Harper (the most-hyped prep prospect ever) could only approach $6.5 million.

And Strasburg's $15.1 million overall contract value? That broke a record that was set by Mark Prior nine years before in the 2000 draft.

Furthermore, this contract is still considerably cheaper than what Strasburg would have received in an open market system. For example, just a few months after Strasburg signed with the Nationals, the Cincinnati Reds gave Cuban defector Aroldis Chapman a deal worth $30.25 million. Daisuke Matsuzaka, perhaps the most hyped Japanese pitcher in MLB history received a $52.6 million guarantee from the Red Sox back in 2007.

But perhaps the best comparisons, however, are Matt White and Travis Lee, two high-first rounders who exploited a loophole in the draft process to become amateur free agents and each received $10 million guarantees. In 1996. How much would a mega-prospect like Strasburg have received had he been able to auction off his services to the highest bidder?

Simply put, the MLB draft is doing exactly what it was intended to do: keeping amateur signing bonuses in check. Baseball teams are spending more money on these bonuses, but that is largely a function of spending more money on everybody else as well. Larger bonuses are going to the most hyped players, and this is a good thing.

This does not mean that the MLB draft can't use tweaks. The artificial signing deadline may hinder development, international signings remain unchecked and there's a (dubious) case to be made that the best talent doesn't go to the worst teams (an argument for another day). But the idea that amateur salaries are out of control is simply untrue. 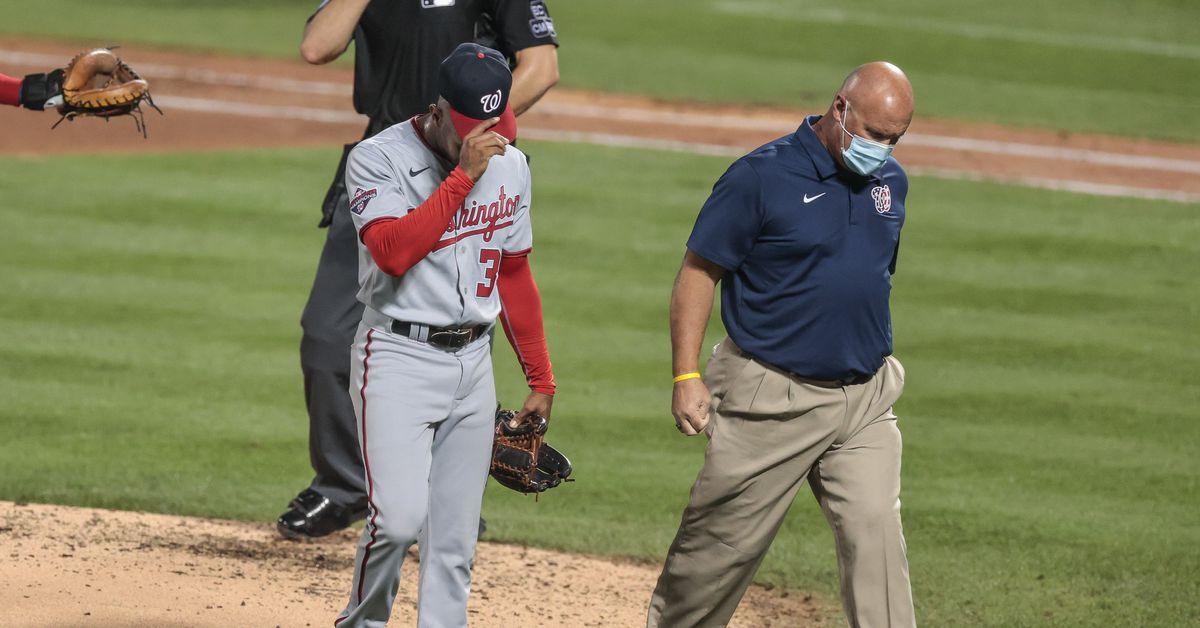 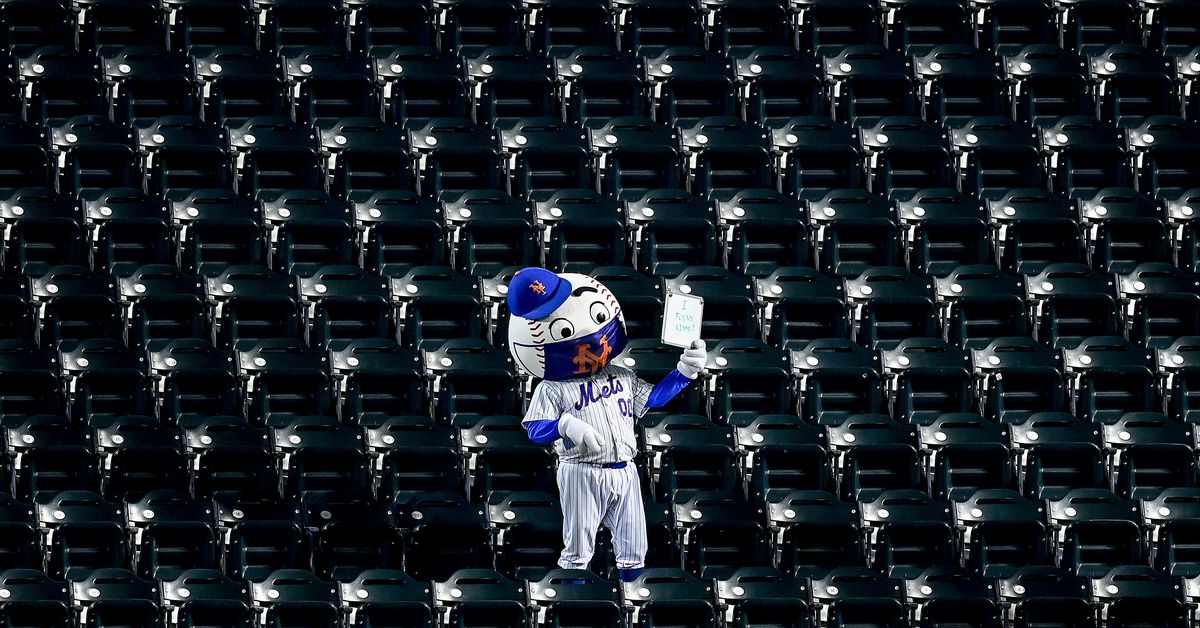