National Signing Day 2011: Which Schools Can Surpass Texas For The No. 1 Class 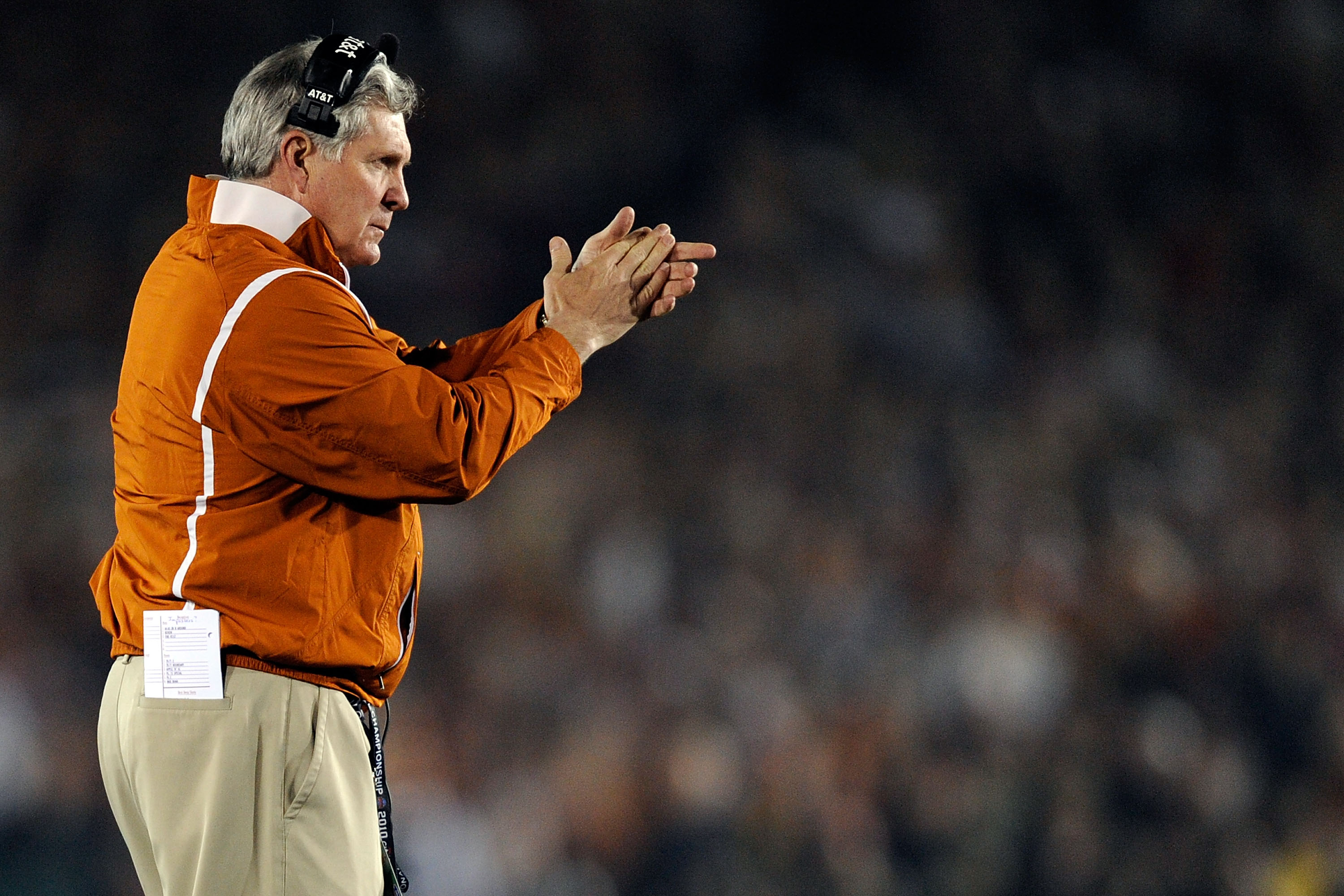 As it sits right now, the Texas Longhorns have the top overall recruiting class in this 2011 cycle, one day before National Signing Day. Full of quality players across the board at all positions, Texas has stockpiled some amazing talent.

Can they hold on the to the top spot and win the the mythical recruiting national championship?

There are six schools that will have something to say about that, as there are still some extremely talented players ripe for the taking and primed to be added to other stellar classes.

The stars and stripes are big and bright, deep in the heart of recruiting. 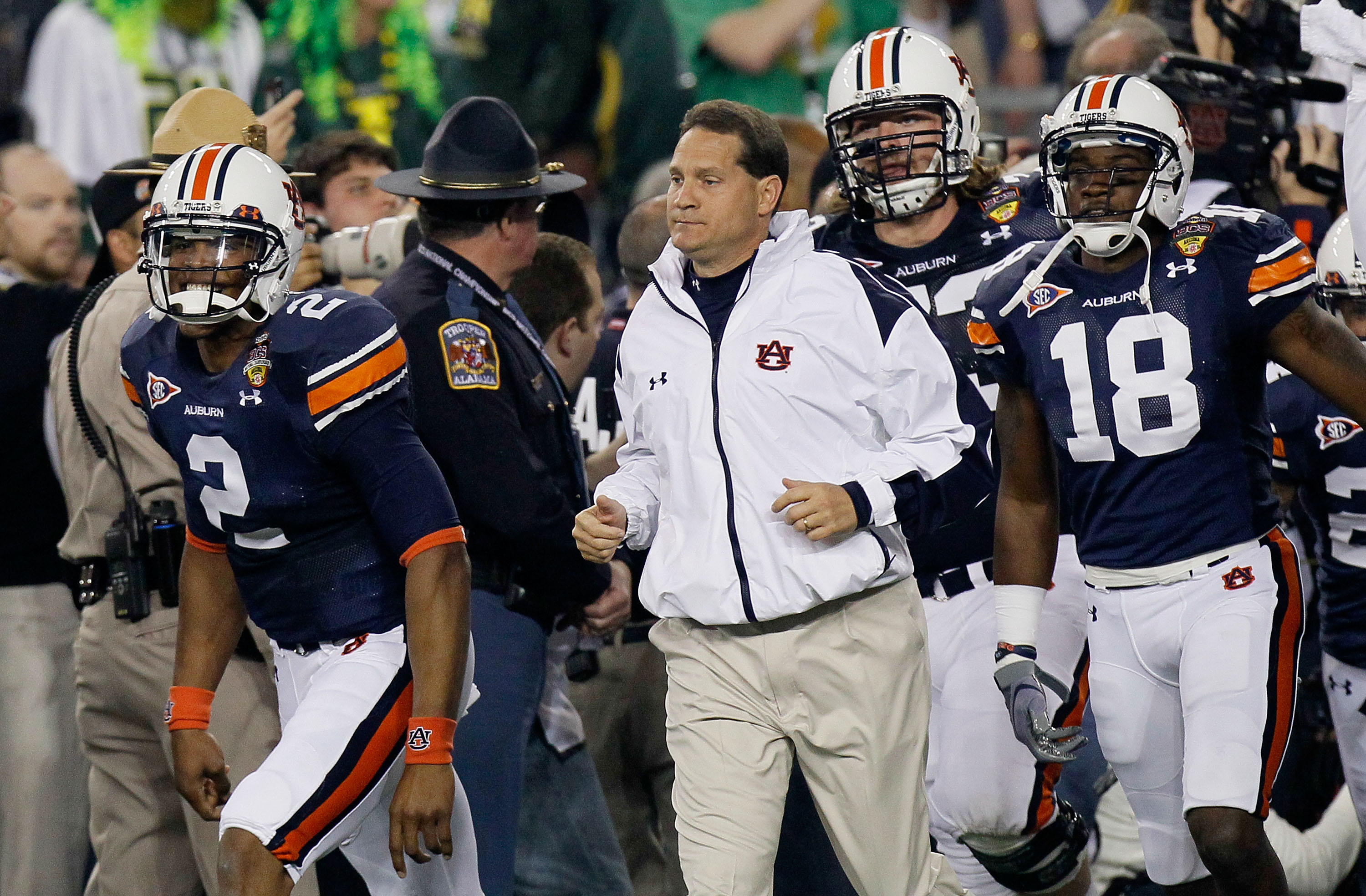 Auburn has a stellar class as the national champs have certainly capitalized on a magical season. Gene Chizik and his staff have hit the trail hard and will end up with an elite class. They took five-star OT Christian Westerman from Texas and the top player in Alabama, Brent Calloway, from the Tide.

Prime-time safety Erique Florence looks good to go with the Tigers as he has father-son like bond with safeties coach Tommy Thigpen. Peach State DT Gabe Wright is a stud in the middle and could shun in-state UGA for the Tigers. Chizik is also battling Tennessee for 6'6", 310-pound OT Antonio Richardson, while the nation's top OT, Cyrus Kouandjio also is considering Auburn. 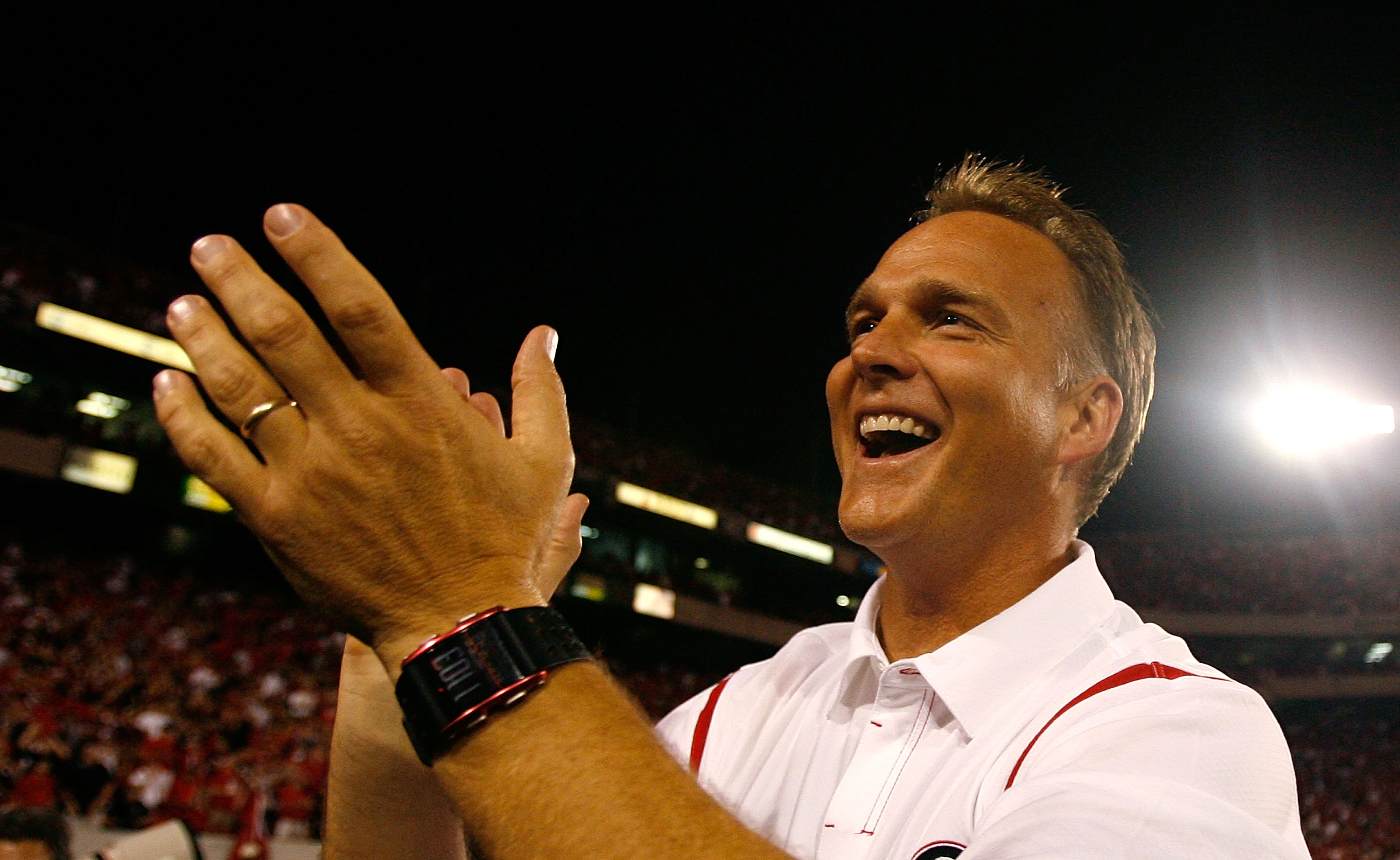 Mark Richt has done a remarkable job assembling the UGA recruiting Dream Team that he and his staff identified as must get, prime-time prospects. The Dawgs hit it big when five-star defensive end Ray Drew chose to stay home and play in Athens last week. Rome and Mitchell will go from being high school to college teammates, as many feel Rome may be the top tight end in the country. Swann can play WR or CB, while LeMay is a winner and field general.

The main focus now has to be Isaiah Crowell, an uber-talent at running back. Crowell is a game changer and could be the next Knowshon Moreno. Kent Turene is a big linebacker the Dawgs are trying to pry from USC and Gabe Wright, Crowell's teammate and a star defensive tackle, is being urged by many to stay home. 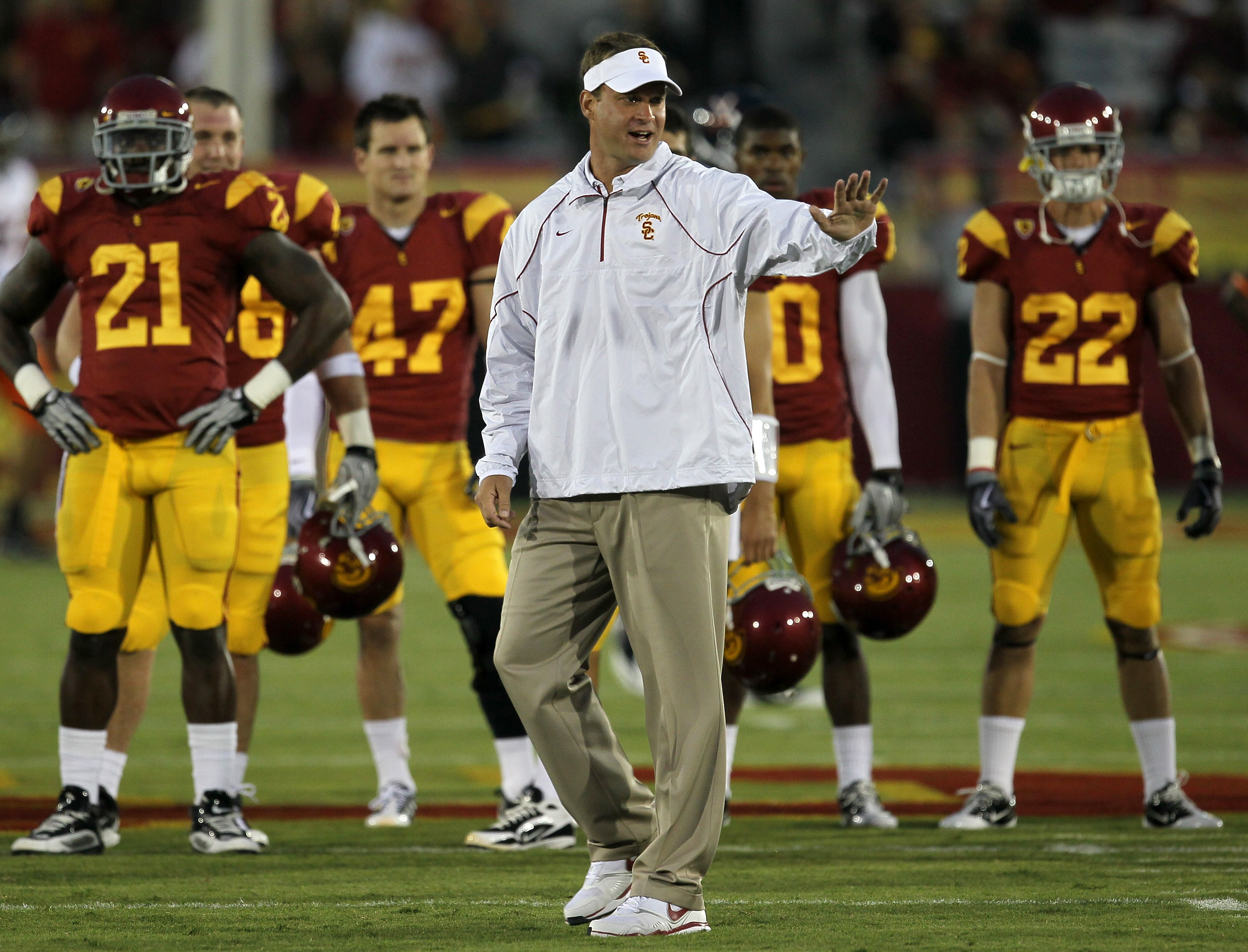 USC has not let the sanctions placed on them stop them from being a juggernaut on the recruiting trail. A source called and told me he spotted USC coaches in South Florida last month at several high schools. Receiver George Farmer is top at his position in the country and DeAnthony Thomas is a five-star ATH who may play several positions at Troy. Wittek and Kessler will jockey with Jesse Scroggins to be Matt Barkley's successor and Hobbi is a much needed offensive line get.

Aundrey Walker has shockingly and recently admitted that USC is his "dream school", so the nation's top guard could be en route to Los Angeles. Lee is Farmer's teammate and is looking at Miami, but USC should win out for the safety. Niklas is a tall and lean tackle deciding between USC and Notre Dame. Other targets include CB Ryan Henderson and WR Junior Pomee. 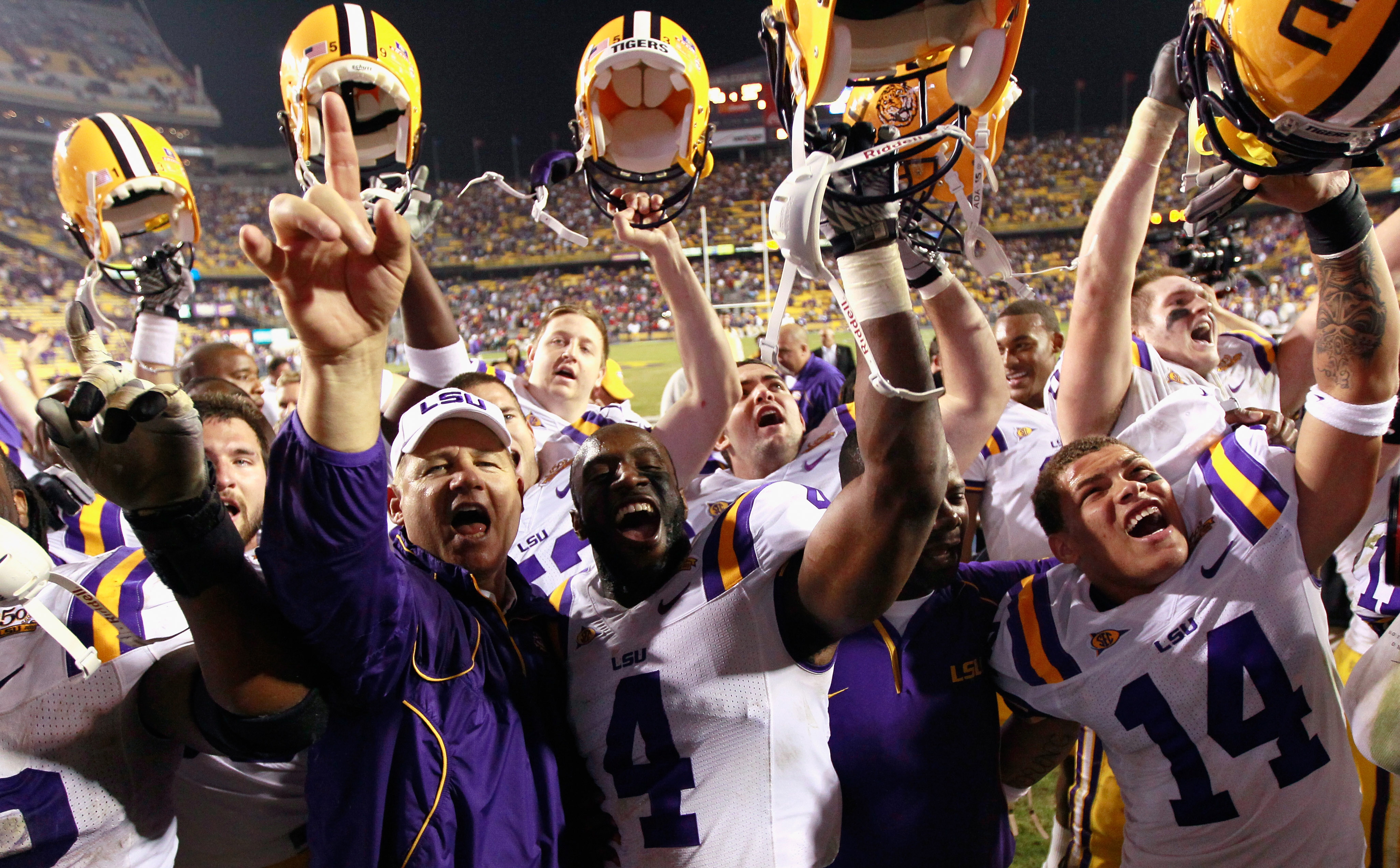 Les Miles chose to stick to calling shots in Baton Rouge likely because the cupboard was not bare. The Tigers have load of young talent on the roster and this recruiting class will only add to it. Anthony Johnson is a 6'4", 300-pound DT who can dominate equally with power and quickness. La'El Collins likely will become an All-SEC left tackle as he has great feet, balance, agility and athleticism. Jarvis Landry is an excellent receiver who has a ton of speed and playmaking ability. JUCO, and former UGA QB, Zach Mettenberger, is also committed to LSU.

Tim Jernigan, a coveted DT, was strongly linked to LSU all week during the Army game, and he loved his visit to the Bayou. Jermauria Rasco is a weakside end prospect who can rush the passer as well as anyone in the country and Antonio Richardson is a future stalwart at right tackle wherever he ends up. 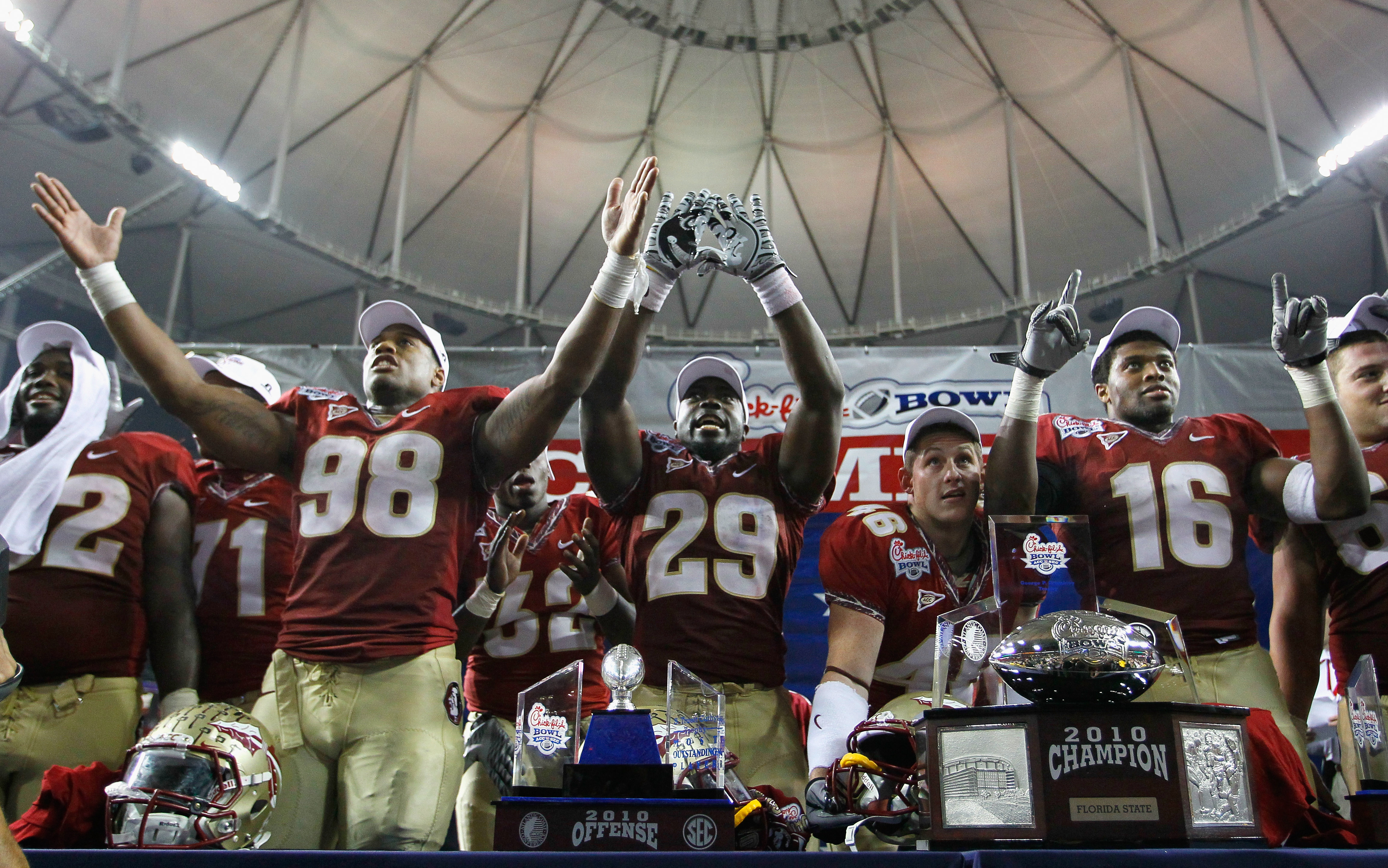 Florida State is coming back to prominence and Seminole fans are starting buzz again like the '90s. That's in part to another stellar recruiting class by Jimbo Fisher. Karlos Williams is a huge safety who was the top player on the field at the Under Armour Game. James Wilder Jr. can dominate as a running back and linebacker and looks like a college player right now. Nick O'Leary is a dynamic tight end who factors in the passing game as well as the running game. JUCO stars Jacob Fahrenkrug, an OL, and DE Cornelius Carradine are also in the fold.

Tony Steward is the focus of the remaining targets. Clemson is in on him hard but the linebacker has said FSU is his childhood favorite. Tim Jernigan will decide between LSU, FSU, Florida, Alabama and Tennessee. Rasco is open but FSU is firmly entrenched as a finalist. 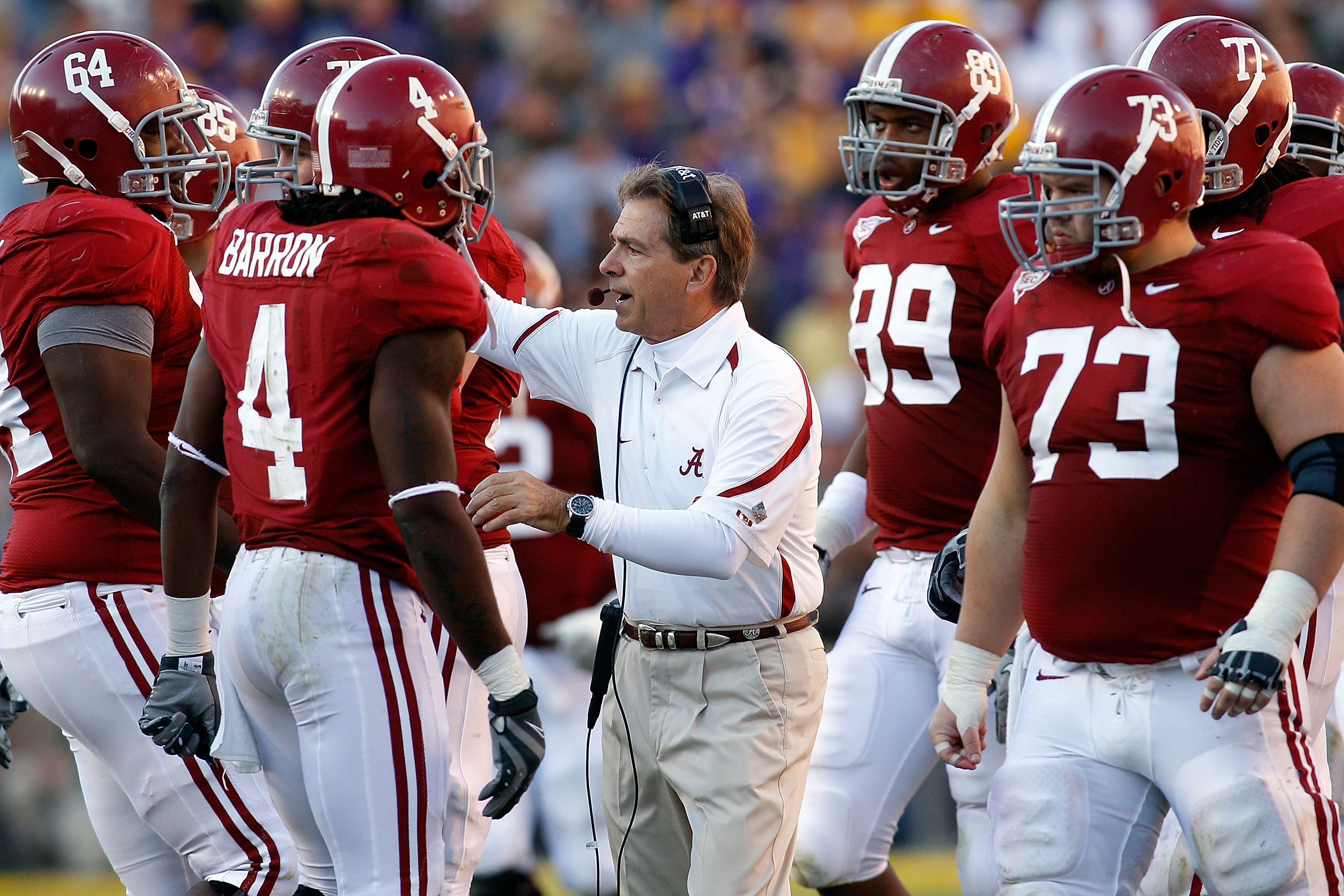 This is an All-Star team that's headed to Tuscaloosa. Sorry, Texas fans; I love your recruiting class, but 'Bama will finish with the top class. Jesse Williams is a 6'4", 330-pound DT/NT and the top prospect in the JUCO ranks. Dee hart is a five-star running back who reminds me of Eric Metcalf and Ha'Sean Clinton-Dix will be a dynamic safety in Nick Saban's defensive secondary.

Alabama is firm finalist for running back Isaiah Crowell who will decide between the Tide and Georgia. Jadeveon Clowney, a defensive end and the top prospect in the country, is keenly interested in Alabama and will decide in mid-February. Alabama is home to Arie Kouandjio, brother of Cyrus, the top offensive tackle in the country and look good to snag him. The Crimson Tide are also thick in it for Tim Jernigan.