Allen Iverson and the 10 Greatest Guards in Philadelphia 76ers History 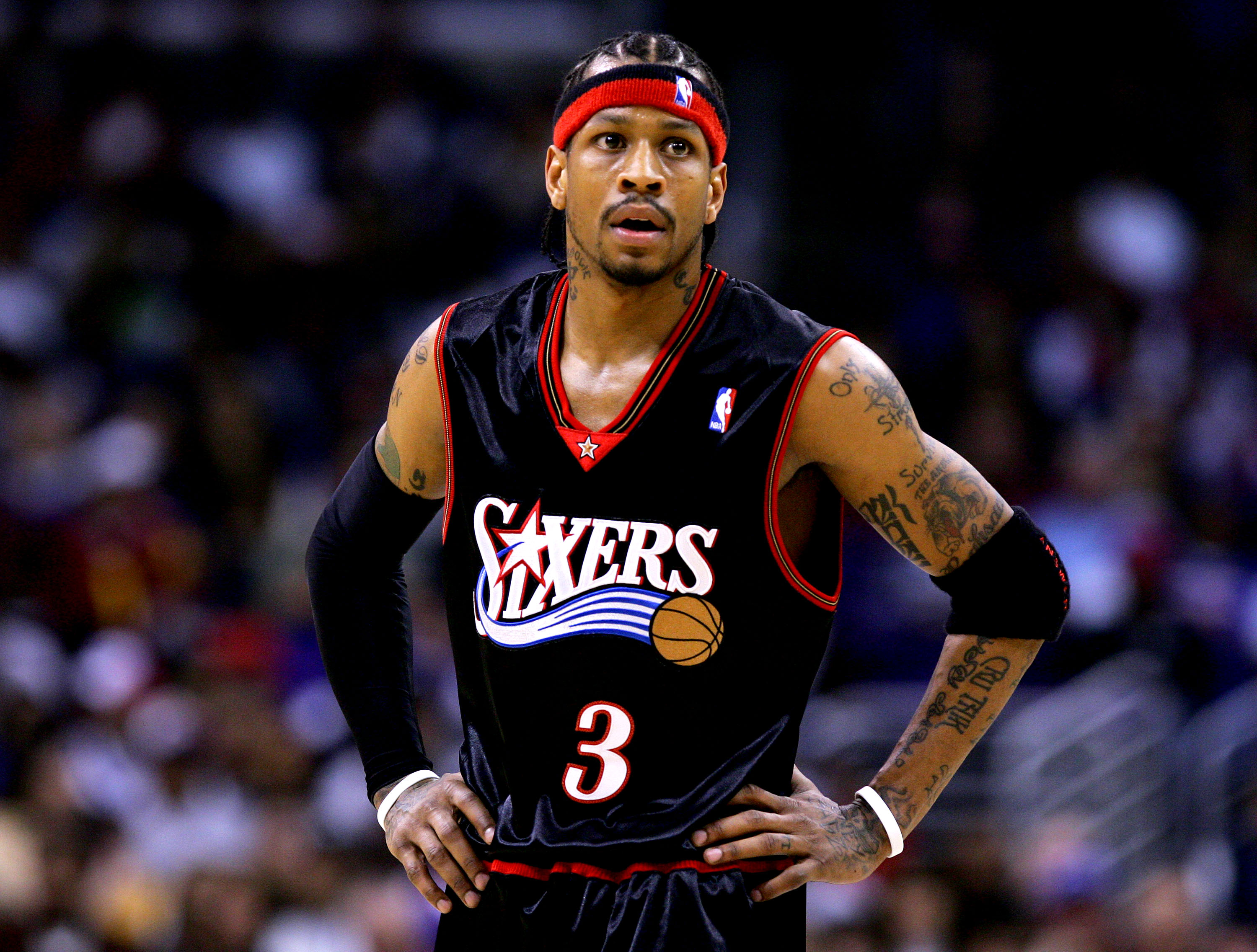 The Philadelphia 76ers are perhaps better known for some of the Hall-of-Fame centers and forwards that have graced the team, but they've had an equally impressive list of guards to play for the organization.

The most famous of the group is none other than Allen Iverson. He will forever be tied with the Philadelphia 76ers and idolized by those in the City of Brotherly Love.

However, he's only one of many guards to guide the team through some of the most exciting seasons in team history. 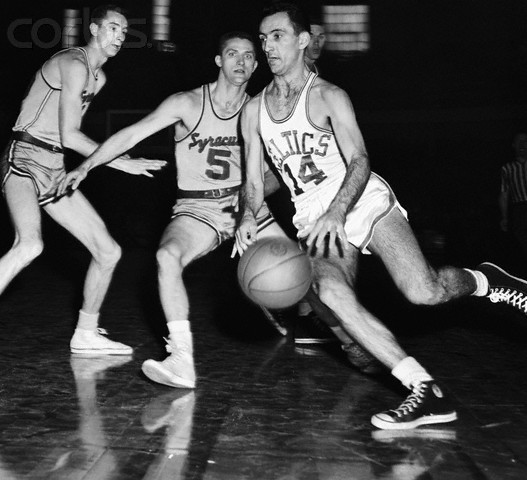 Paul Seymour started his basketball career in the BAA where he played for the Baltimore Bullets for a season. The rest of his 12-year career would be spent playing for the Syracuse Nationals.

While Seymour was never officially a member of the Philadelphia 76ers, the Nationals preceded them and thus he remains an integral part of the franchise's history.

Seymour was selected to the All-NBA second team twice and made three All-Star games while with the Nationals.

However, his contributions go beyond just his play on the court. He was a player-coach for the team from 1956 to 1960. 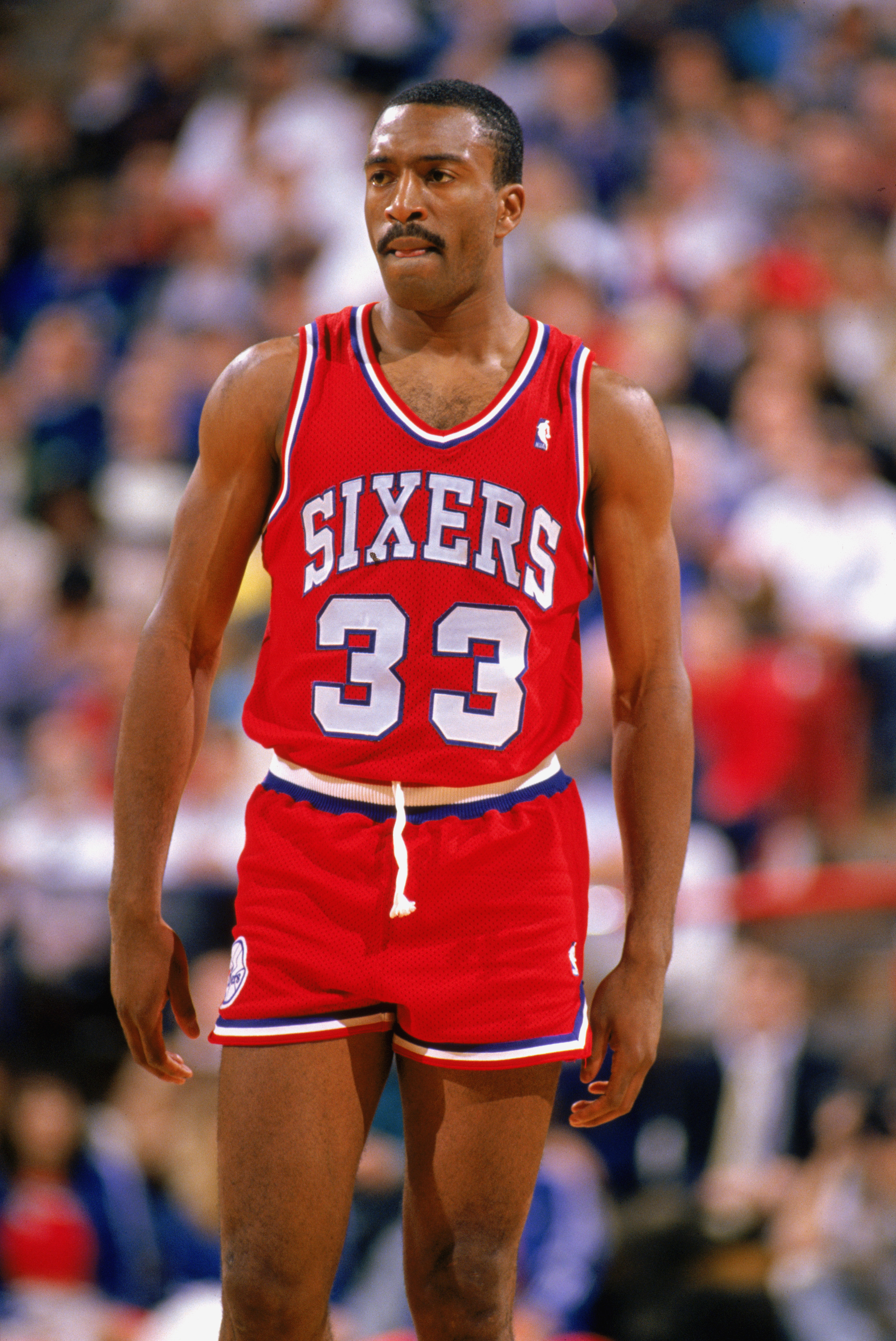 Hersey Hawkins was originally drafted with the No. 6 pick in the 1988 NBA Draft by the Los Angeles Clippers, but he had his draft rights traded to the Philadelphia 76ers in exchange for Charles Smith.

Standing at 6'3", Hawkins was considered to be undersized for his position, but he was able to do a little bit of everything. He was a solid shooter from deep with a reliable free-throw shot, and he was capable of penetrating and drawing fouls.

Playing alongside Charles Barkley, Hawkins quickly advanced up the depth chart to the No. 2 scoring option on the team. They made a formidable tandem during their four years together.

Hawkins was a fierce competitor and an iron-man throughout his career. In his first 10 seasons in the league, he only missed a total of seven games—six of which came during his five seasons with the 76ers.

While he went on to enjoy a long career in the NBA, his best years came during his time with the 76ers where he managed to average 19 points per game throughout his tenure there. He made his first-and-only All-Star berth in his third season with the team. 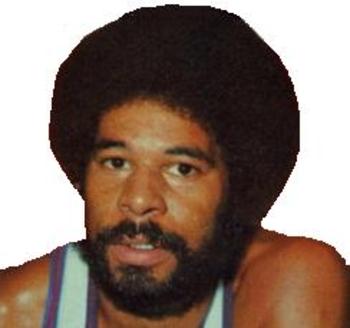 Wali Jones was originally drafted by the Baltimore Bullets in the 1964 NBA Draft with the 18th overall pick, but he only stayed with the team for one season. He was traded to the Philadelphia 76ers after his rookie season where he spent the next six years of his career.

Jones wasn't a big-time scorer, nor was he very flashy, but he played a key reserve role for the team and filled in admirably for an injured Larry Costello.

The most memorable highlight of his career would be his contributions to the 1966-67 championship 76ers team when he started alongside the likes of Chet Walker and Wilt Chamberlain. 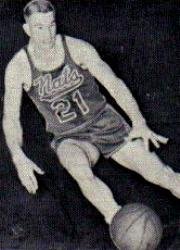 Larry Costello was drafted by the then-Philadelphia Warriors in the second round of the 1954 NBA Draft with the 12th-overall pick.

To put in perspective how long ago Costello actually played, he is the last player to use the two-handed set shot.

His career spanned through two major generations in Philadelphia hoops history. While he started his career with the Philadelphia Warriors, Costello was traded to the Syracuse Nationals after his second season in the league. After six seasons with the Nationals, the organization was bought out by Irv Kosloff, a paper mogul. They were moved to Philadelphia a year after the Warriors moved to San Francisco and they changed their name from the Nationals to the 76ers.

Costello remained with the team until he first retired in 1965, but he came out of retirement for the 1966-67 NBA season. While he missed a majority of the season, the team was so stacked that they managed to position themselves well in the playoffs where Costello managed to return and play.

The team fought their way to the Eastern Conference Finals where they slayed the mighty Boston Celtics and eventually went on to defeat the San Francisco Warriors in the NBA Finals.

Costello retired for the second-and-final time in 1968. His place on one of the greatest teams in NBA history—the 1966-67 Philadelphia 76ers—has him at a lock on this list of illustrious 76ers guards. 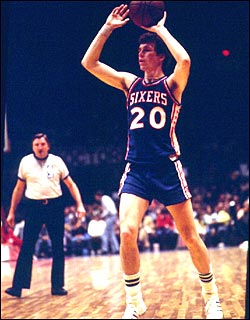 Doug Collins was originally drafted by the Denver Nuggets in the ABA Draft. However, he decided to play in the NBA and he was selected No. 1 overall by the Philadelphia 76ers.

Injuries derailed his rookie season, but he came back strong in his sophomore season posting averages of 17.9 points, 3.9 rebounds, 2.6 assists and 1.3 steals.

The most unforgettable moment of his career came during the 1976-77 season. Playing alongside Julius Erving, the two made it to the NBA Finals where they faced off against the Portland Trail Blazers. While the team fell short to the Bill Walton-led team, his place in team history was already intact.

After suffering a serious injury during the 1978-79 season, Collins saw his career go into a freefall as he finally called it quits the following season.

All eight years of his playing career came with the 76ers where he managed to average an impressive 17.9 points, 3.2 reboounds and 3.5 assists. He made four All-Star teams during his tenure with the team.

Now, he is continuing his contributions to the organization as head coach as he spearheads a turnaround for the Philadelphia 76ers after a disastrous year with Eddie Jordan. 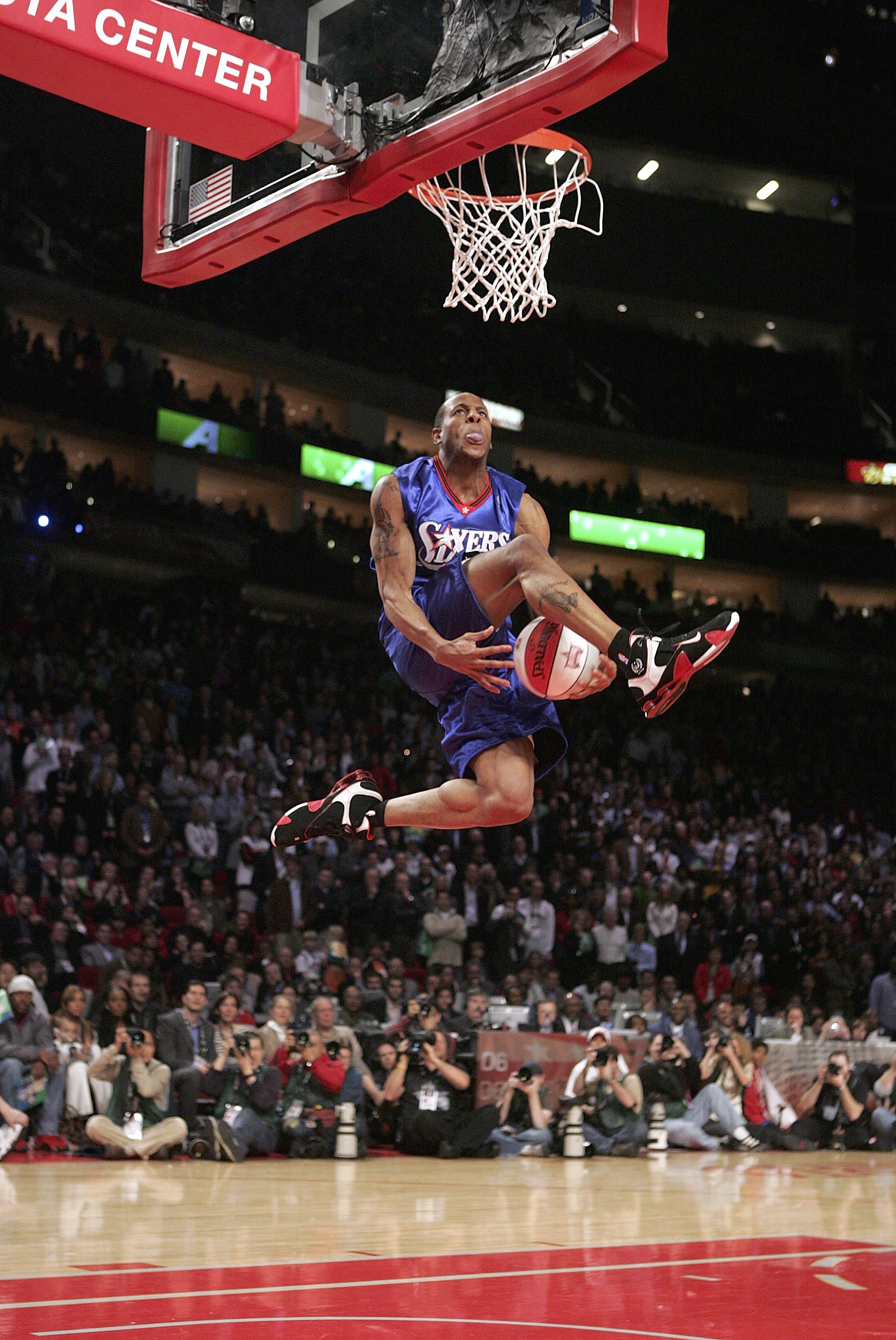 Selected in the first round with the No. 9 pick in the 2004 NBA Draft, Andre Iguodala was immediately thrust into the starting lineup for the Philadelphia 76ers.

He quickly developed a strong rapport with Allen Iverson and his strong play earned him a spot on the All-Rookie first team.

Iguodala continued to improve in his sophomore season, posting averages of 12.3 points, 5.9 rebounds, 3.1 assists and 1.6 steals.

In his third year, Iverson was traded to the Denver Nuggets and Iguodala was immediately expected to step up and take on the role as the team's new franchise player. While the 76ers failed to clinch a playoff berth, Iguodala led a strong late-season push following the trade.

On the last year of his rookie contract, Iguodala continued to improve his game as he led the 76ers to the playoffs that season, but they were knocked out of the first round.

The 76ers made the playoffs again the following year, but the end result was the same—a first-round playoff exit.

The following year was mostly forgettable as Eddie Jordan led the team to a disastrous 27-55 record.

However, this season, with Doug Collins leading the charge, the 76ers are in the playoff hunt and Iguodala is starting to come around after early-season troubles.

Can you really blame Iguodala for the rather middling play of the 76ers during his six-year tenure? Sure, he probably takes way too many deep jumpers and he's not really worthy of being considered a team's No. 1 option, but you can't place sole blame on him.

He's had Jim O'Brien, Maurice Cheeks and Eddie Jordan as head coaches for most of his career.

People tend to overlook his abilities, but he's one of the most versatile players in the NBA and a nightly triple-double threat.

While he may very well get traded after this season, Iguodala has faithfully served the organization with years of hard work and dedication. 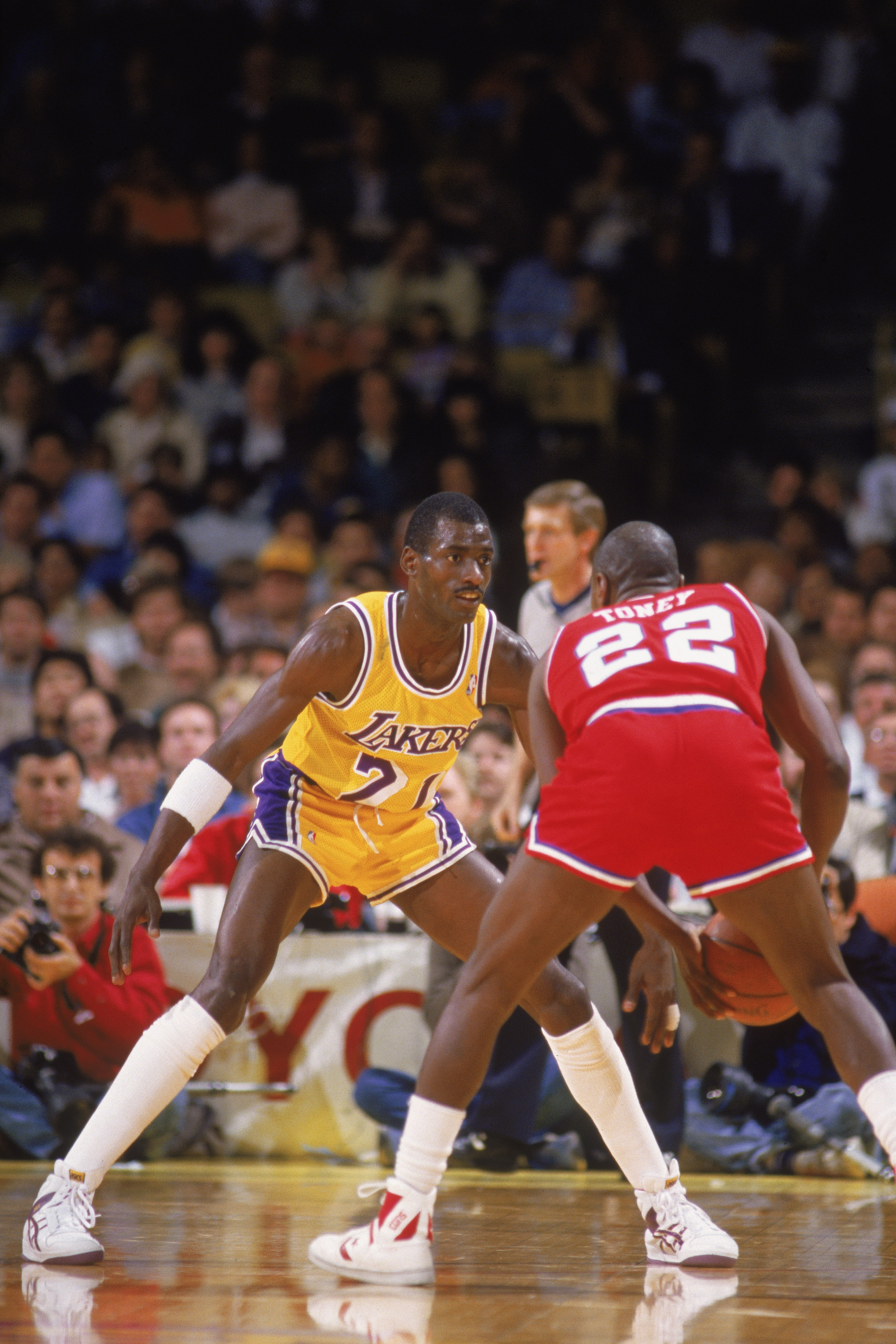 While only 6'3", Toney was an explosive scorer who somehow managed to have his biggest games against the league's elite.

Celtics fans will perhaps better know him by his nickname, the Boston Strangler. During the 76ers and Celtics historic rivalry in the early 1980s, he was a nightmare to guard, regularly torching Boston during their matchups.

Throughout his eight-year career, he averaged 15.9 points, 2.2 rebounds and 4.2 assists.

His last three seasons in the NBA were riddled with injuries, which forced him into early retirement. 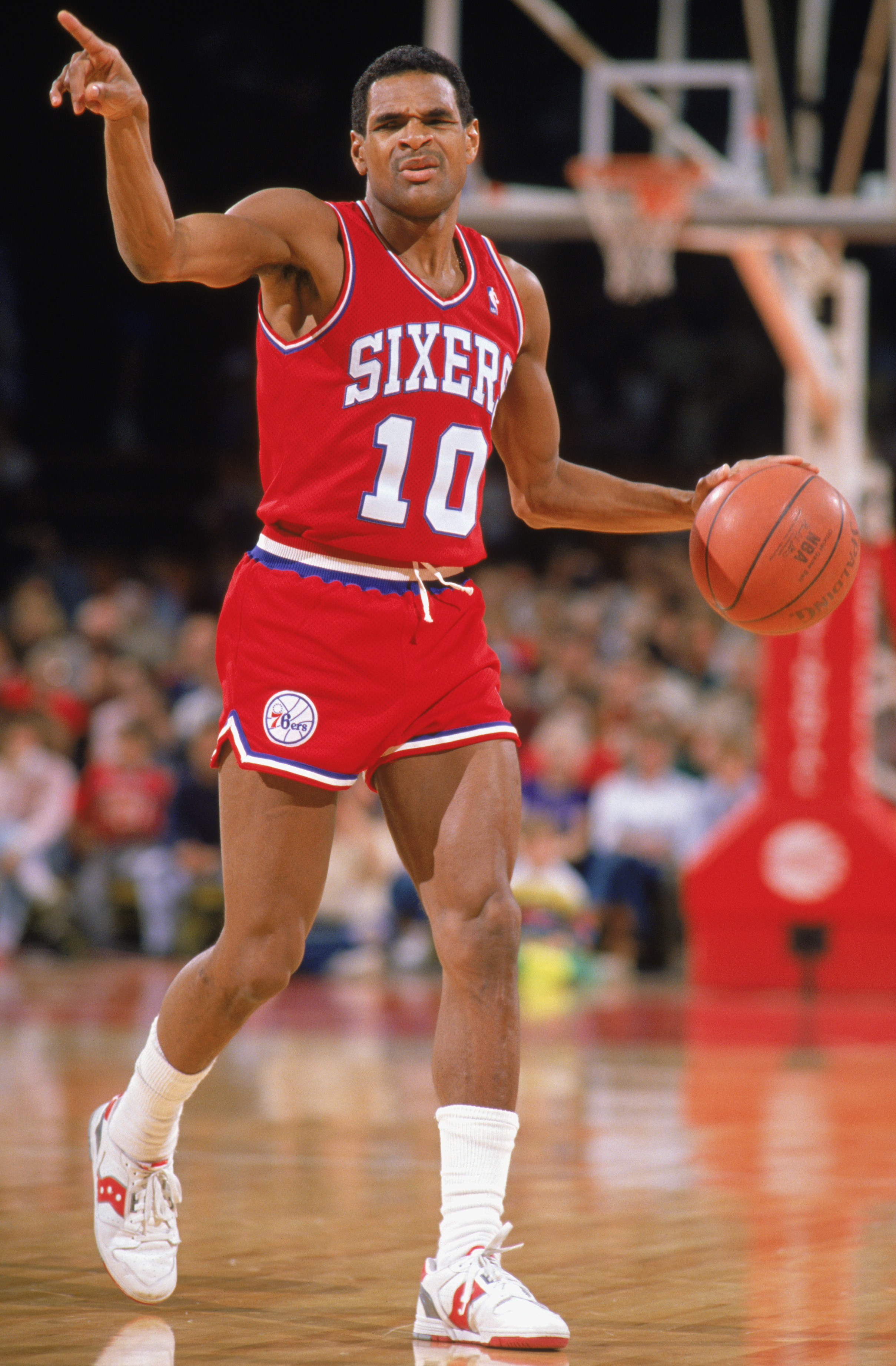 Maurice Cheeks was drafted out of West Texas A&M with the No. 36 pick in the 1978 NBA Draft. He played the first 11 of his 15 seasons in the league with the Philadelphia 76ers.

While he wasn't flashy, he was incredibly unselfish and took pride in playing tough, hard-nosed defense.

Cheeks was selected to the NBA All-Star game four times and he was chosen to four consecutive All-Defensive teams from 1983-86, with a spot on the second team in 1987.

Cheeks helped lead a stacked 76ers squad to the NBA Finals three times from 1980-83. While two of those appearances during that four-year span ended in losses, the team finally earned a title in 1983 to avoid becoming the Buffalo Bills of the NBA. 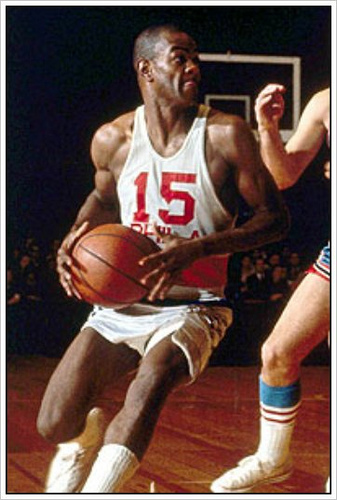 Hal Greer was drafted out of Marshall in 1958 with the 14th-overall pick. When he started his career—one that would span 15 seasons—the Philadelphia 76ers were known as the Syracuse Nationals, although that only lasted until 1963.

He played his entire career with the 76ers organization and compiled career averages of 19.2 points, 4.0 assists and 5.0 rebounds. Surprisingly, Greer—and not some other diminutive guard—is No. 1 on the all-time scoring list in team history. He also leads the franchise in minutes played, field-goals made and games played.

Of all of his accomplishments, his greatest was bringing an NBA championship to the 76ers in 1967. Playing alongside Wilt Chamberlain, the duo broke the Boston Celtics eight-year championship streak. They represented the East in the NBA Finals and defeated the San Francisco Warriors in six games.

Greer is only one of seven players—not to mention the very first—to have his jersey retired by the Philadelphia 76ers, further solidifying his place in 76ers history. 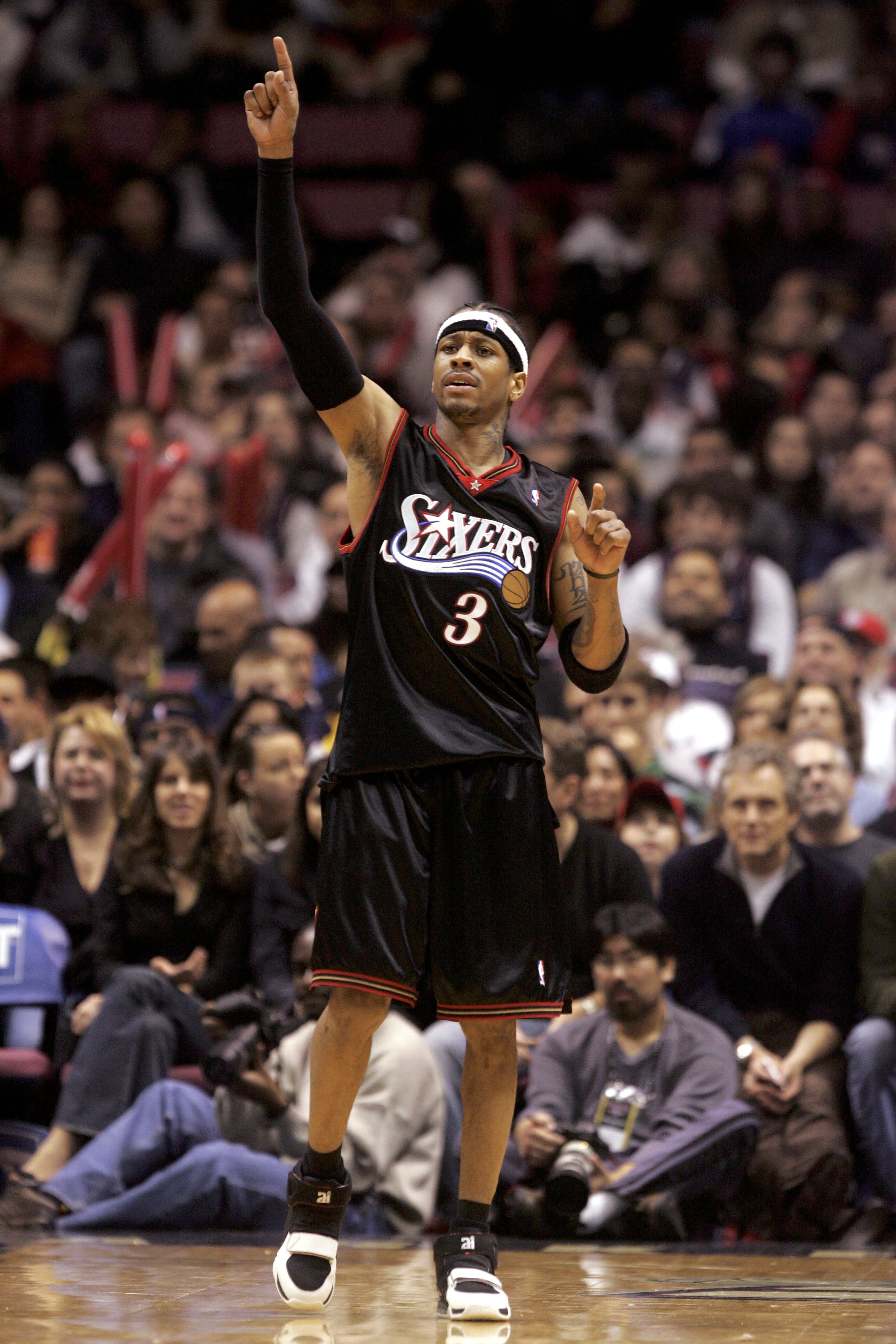 Selected No. 1 overall in the 1996 NBA Draft by the Philadelphia 76ers, Allen Iverson immediately made his mark on the team and the league. He took home Rookie of the Year honors that season after averaging 23.5 points, 4.1 rebounds, 7.5 assists and 2.1 steals.

However, that was just the beginning of his assault on opposing defenses. In just his third season in the NBA, Iverson took home the first of four NBA scoring titles.

Listed at a generous measurement of 6'0", 165 lbs, Iverson may have been the greatest scorer ever, pound-for-pound. In a sport populated by giants, he managed to stand out above the rest.

Aside from his scoring prowess, the various accolades in his resume more than speak for themselves. He was selected to 11 consecutive All-Star games from 2000-2010 with two NBA All-Star Game MVP awards. He also made the All-NBA first team and second team three times apiece, and once the All-NBA third team.

However, the pinnacle of his career came during the 2000-01 NBA season. He led the 76ers to the No. 1 seed in the Eastern Conference with a 56-26 record and took home the NBA MVP award. To top it all off, he brought a team full of over-achievers to the NBA Finals. While they were no match for the mighty Los Angeles Lakers, he single-handedly kept them from being swept with a memorable 48-point scoring outburst in Game 1.

The 2000-01 NBA season would be the peak of Iverson's career. The next five-and-a-half seasons that Iverson spent in Philly weren't filled with the same type of success, but they were exciting nonetheless due to Iverson's innate scoring abilities.

After getting traded from the Philadelphia 76ers, Allen Iverson's career took a rather sad turn for the worse. By the same token, the 76ers have been mired in mediocrity ever since. Coincidence? I think not.

Love him or hate him, when Iverson was in his prime, he was one of the most entertaining and exciting players to watch. Iverson is, without question, not only the greatest guard in Philadelphia 76ers history, but one of the greatest in NBA history.