Daytona Testing: 10 Things We Learned at the Newly Repaved Track 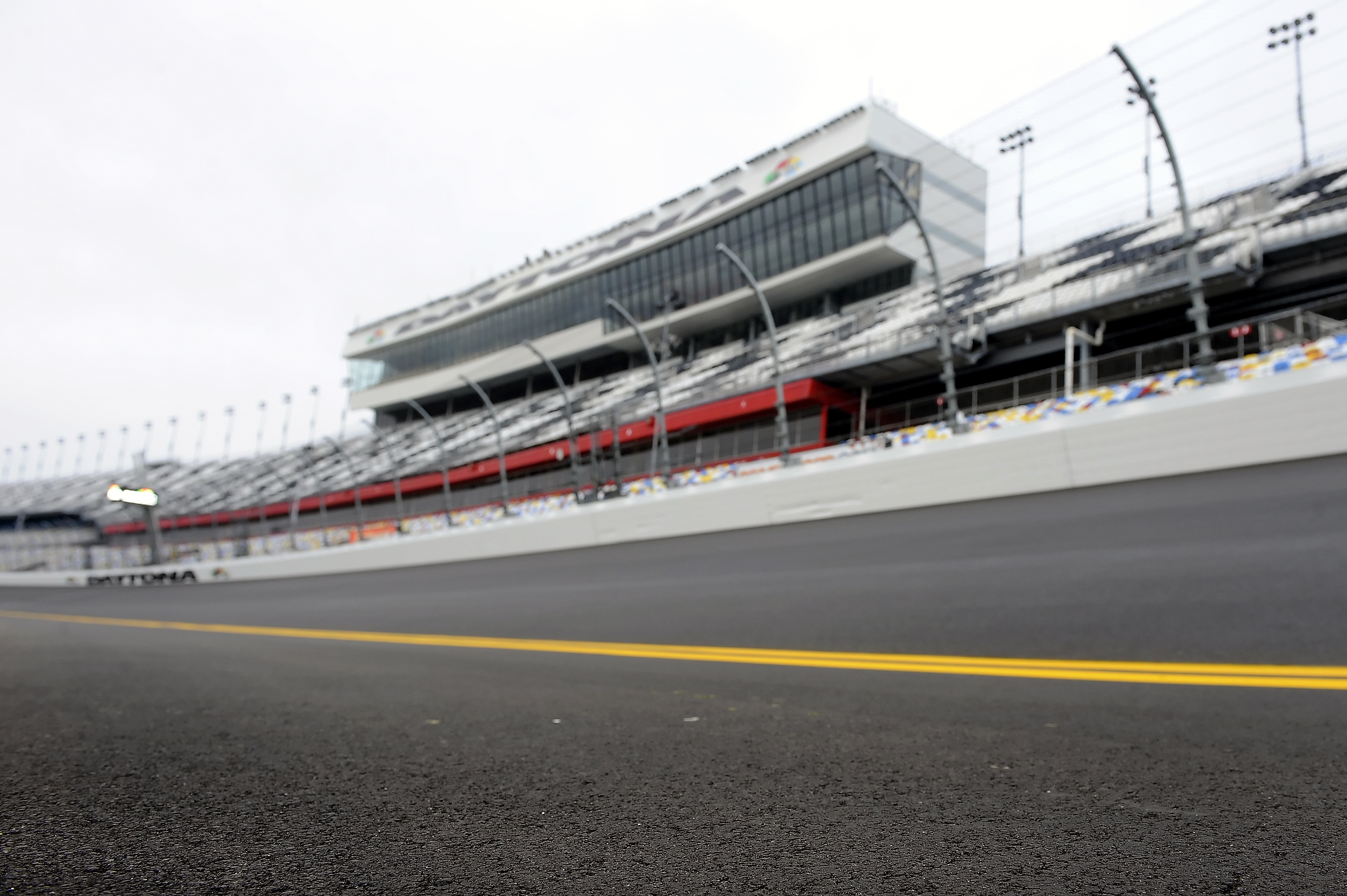 However, Speedweeks won't mark the first time most of the drivers attempting to make the race have hit the new surface of the "World Center of Racing," replaced after the July race at the track.

On Jan. 20-22, 34 teams took to the track for preseason testing at the speedway, including all of the major teams that will be in Chase contention this season. In addition, one Nationwide Series regular with famed progeny received some much-needed seat time in preparation for his Sprint Cup debut next month.

Here are 10 things (some serious, some not so much) that seem evident after three days of testing at Daytona International Speedway.

Daytona Rookie Steve Wallace May Be Competitive Next Month 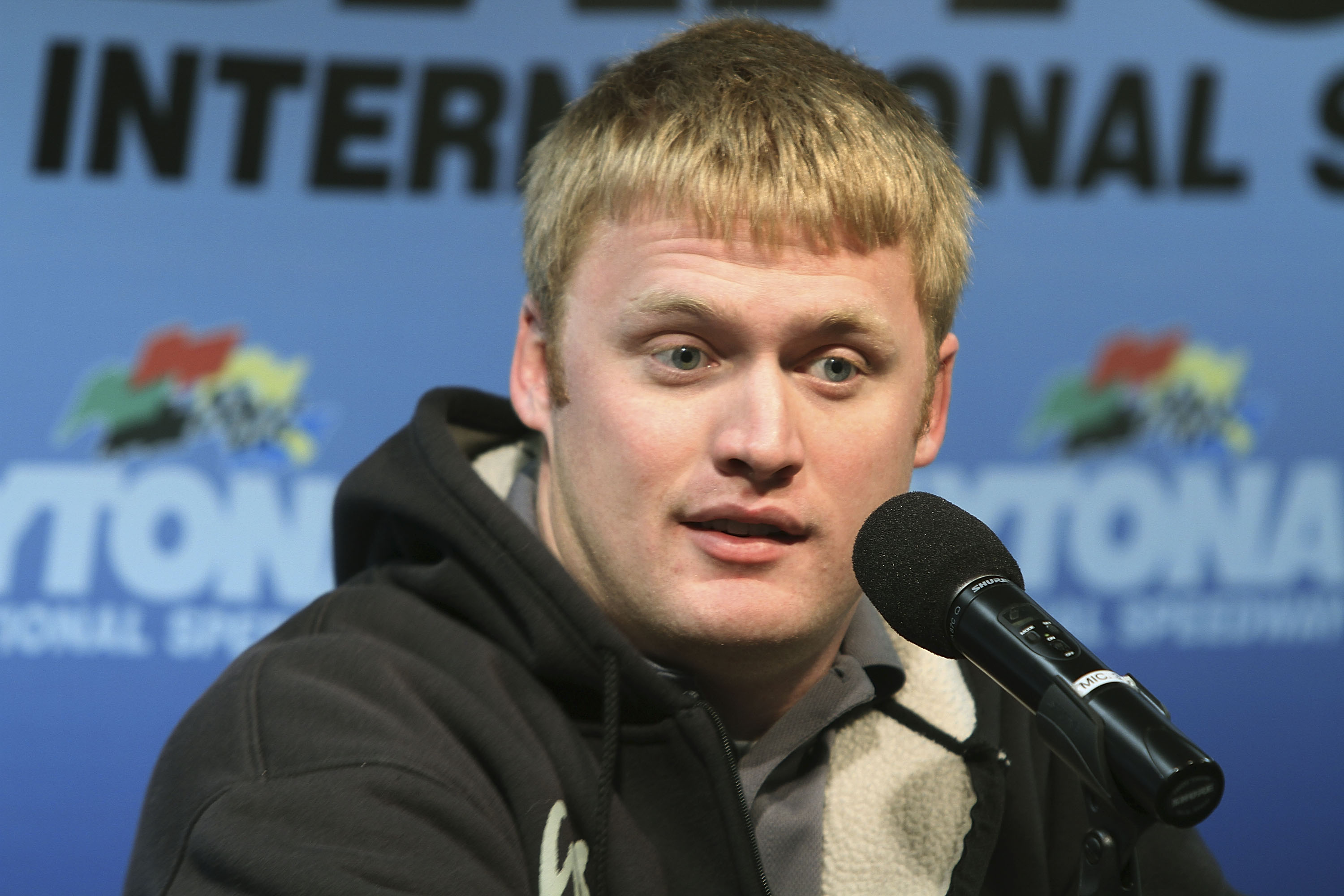 The son of NASCAR great and television commentator Rusty Wallace, Steven Wallace has earned a knack for either causing or getting caught up in crashes at the Nationwide Series level.

Regardless, Wallace and his father decided to make the jump to the Sprint Cup Series for Speedweeks, driving the No. 77 Toyota for Rusty Wallace Racing with owner points from Penske Racing's operation with the same number last season.

While he struggled through the first day of testing, Wallace ran times in drafting runs comparable to experienced counterparts two days later, with a best lap of 195.274 mph. It will be easy to write off Wallace next month, but stranger things have happened at the "Great American Race." 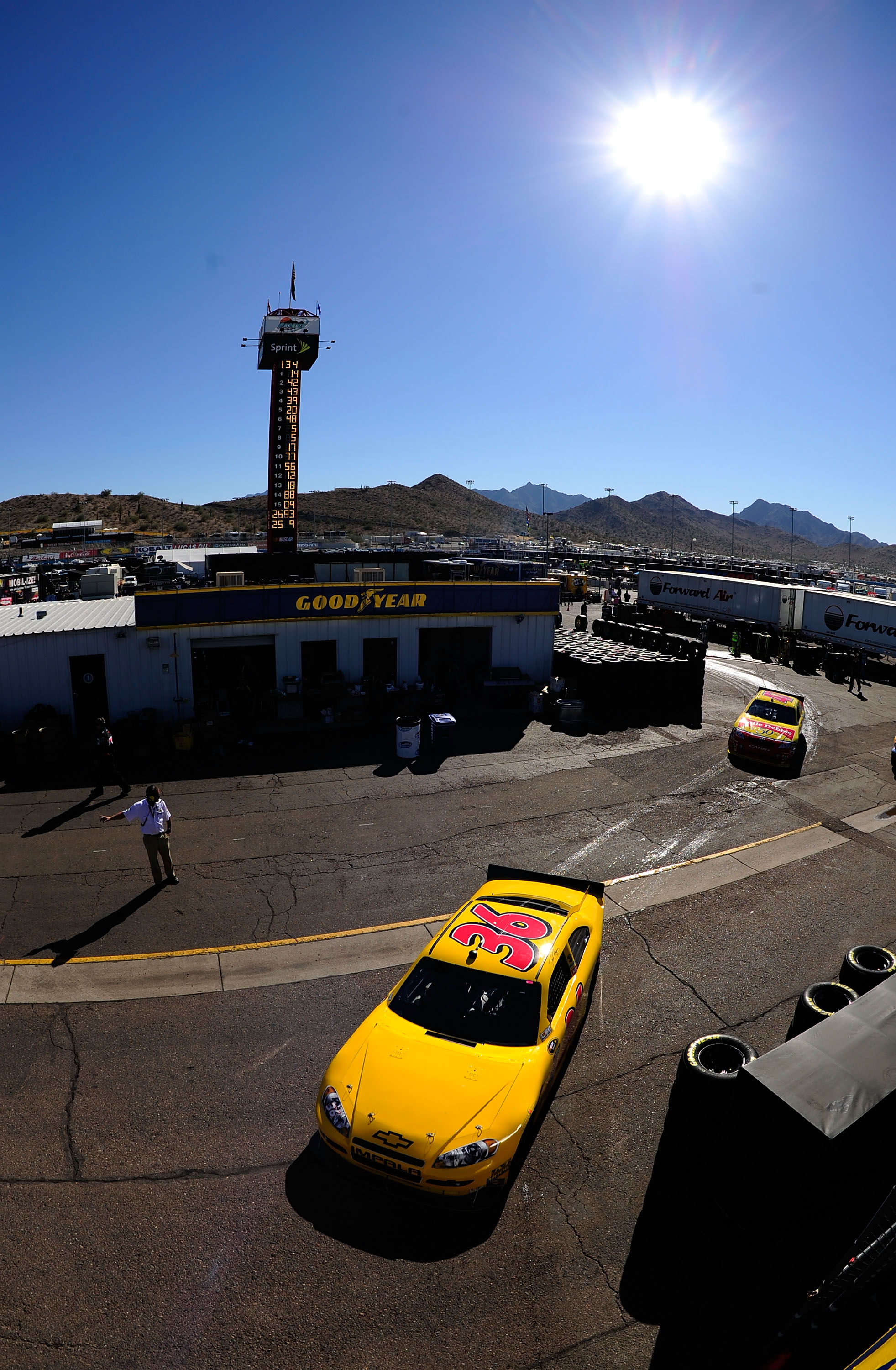 Even though it seems unlikely that they'll run a full race should they qualify for the Daytona 500, a few start-and-parkers made the early trek to the 2.5-mile track for testing.

Michael McDowell drove the No. 66 Toyota for the newly-rechristened HP Racing (formerly Prism Motorsports), and Dave Blaney drove the No. 36 Chevy (pictured) for Tommy Baldwin Racing.

Here's hoping both teams will be sponsored for Speedweeks next month with the ability to qualify and run for the Super Bowl of stock car racing.

It's Still Fast in the Draft 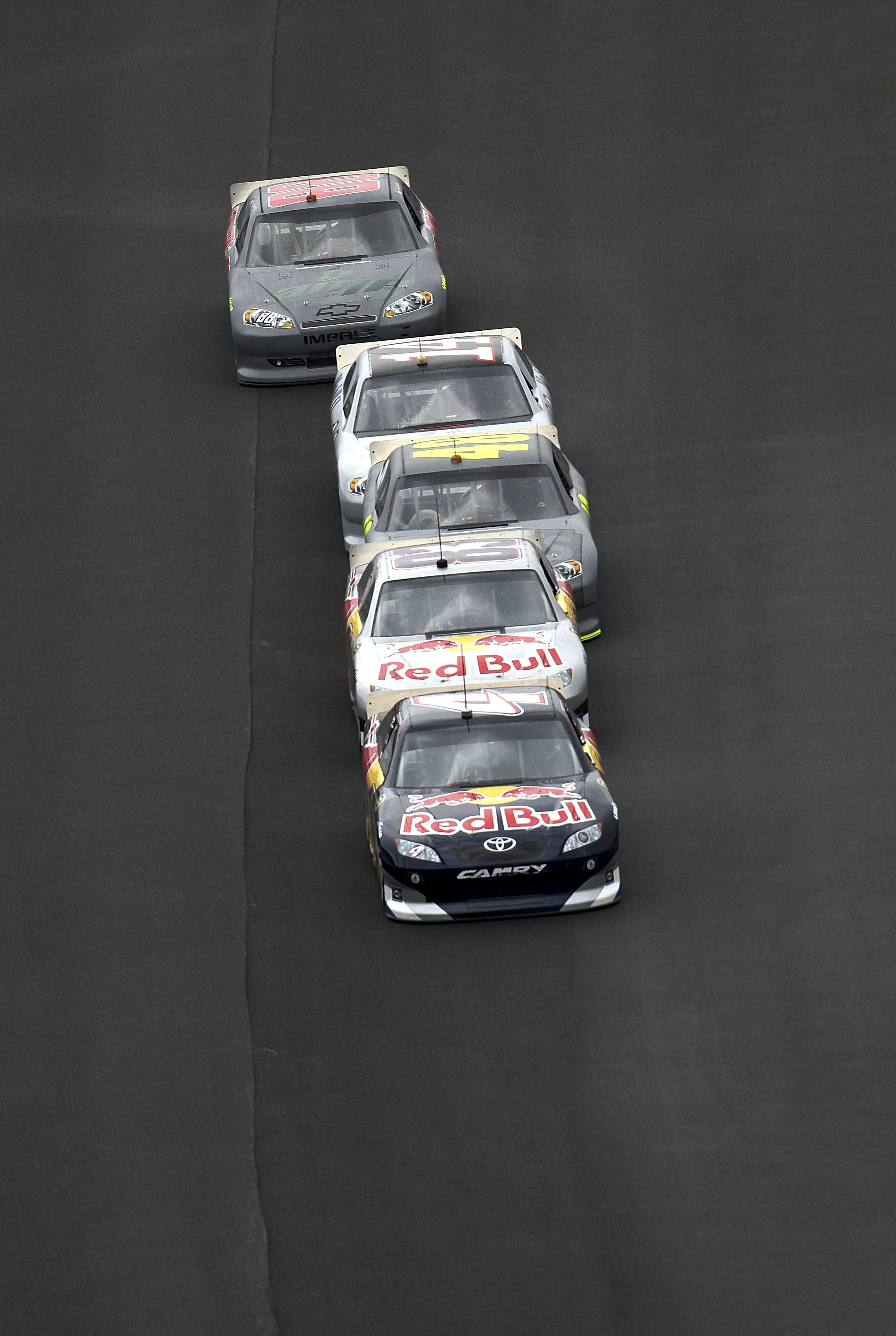 If testing is any indication of what's to come next month, expect a much quicker pace to the 200-lap event. While speeds were relatively slower in single-car runs without the effect of the draft, business picked up by the third day's final session.

If Speeds Are Any Indication, It May Be a Three-Team Battle at Daytona 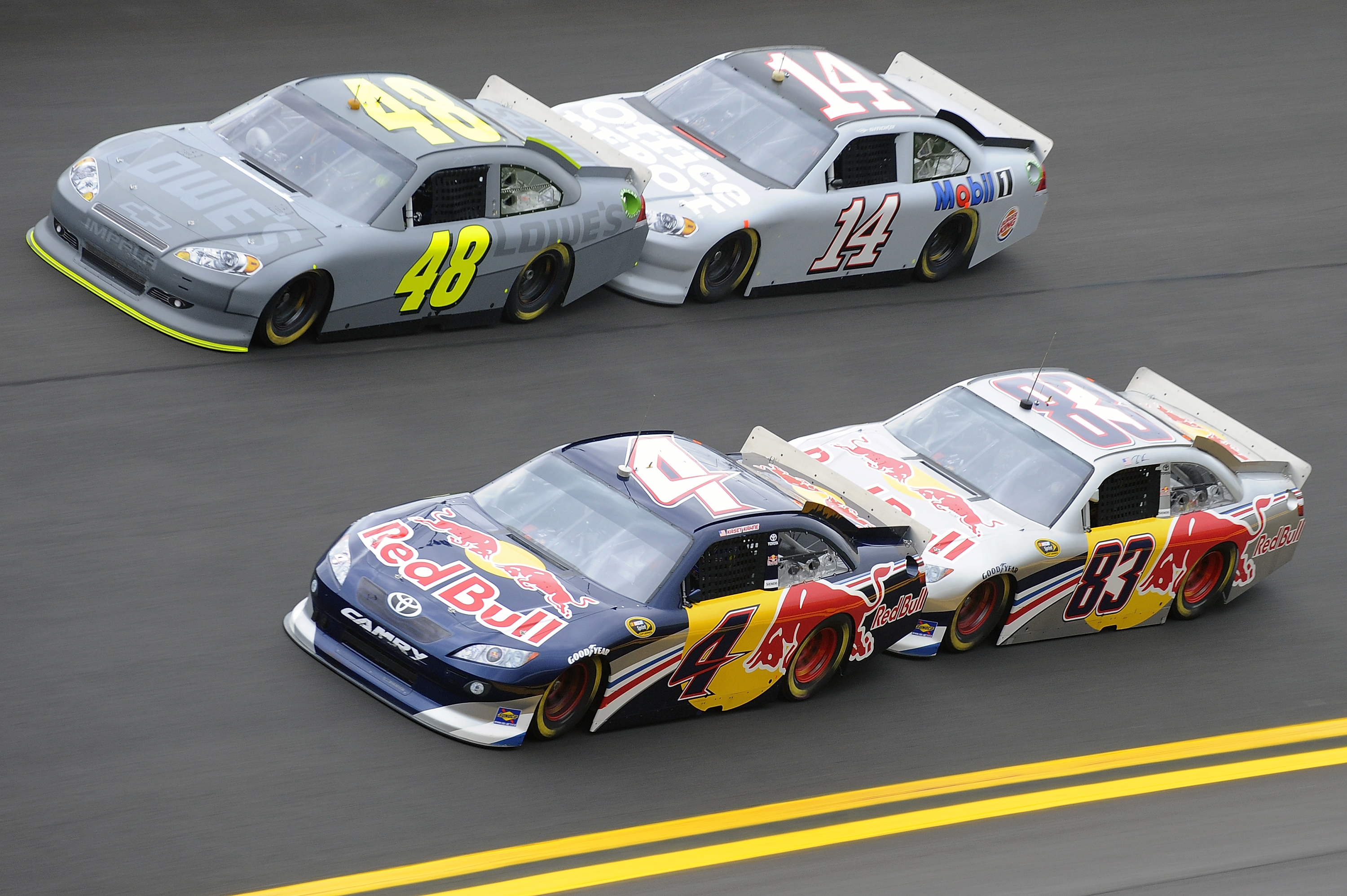 If the "fast laps" noted in the past slide are an indication of what may come next month, it could be a battle between Gibbs, Penske and Red Bull for the Harley J. Earl Trophy.

By the way, the grand total of Daytona 500 wins by the seven drivers on those three teams: zero. 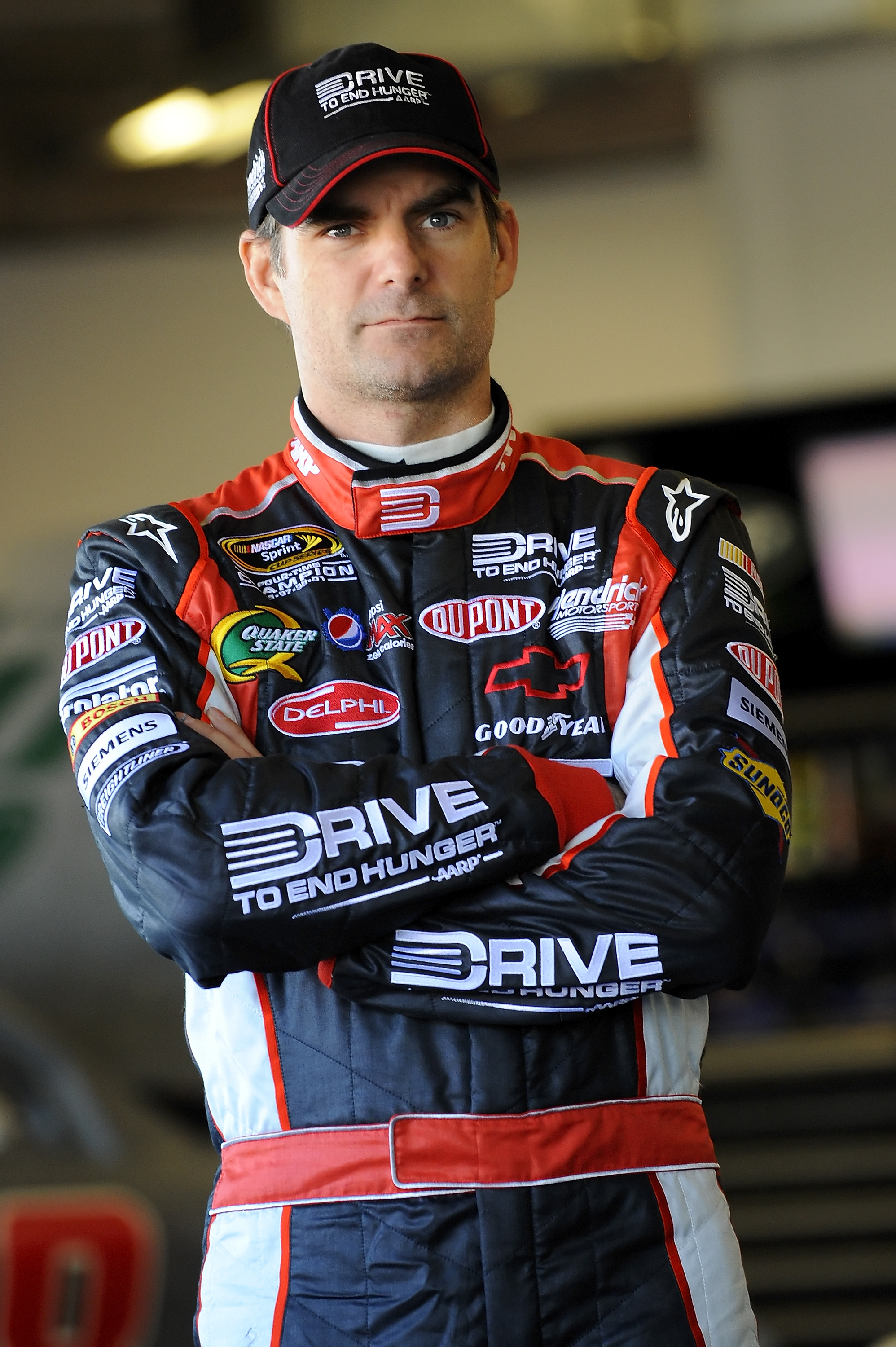 There already appears to be one team benefiting from the crew chief swap at Hendrick Motorsports, and it is led by a four-time Sprint Cup champion.

Under new crew chief Alan Gustafson—who came to the No. 24 Chevy from the No. 5 during the offseason—Jeff Gordon ran in the top 10 in four of the five sessions during the three-day event, running well both in the draft and in single-car runs.

Of course, only time will tell if this translates to another Daytona 500 win for "Super G." 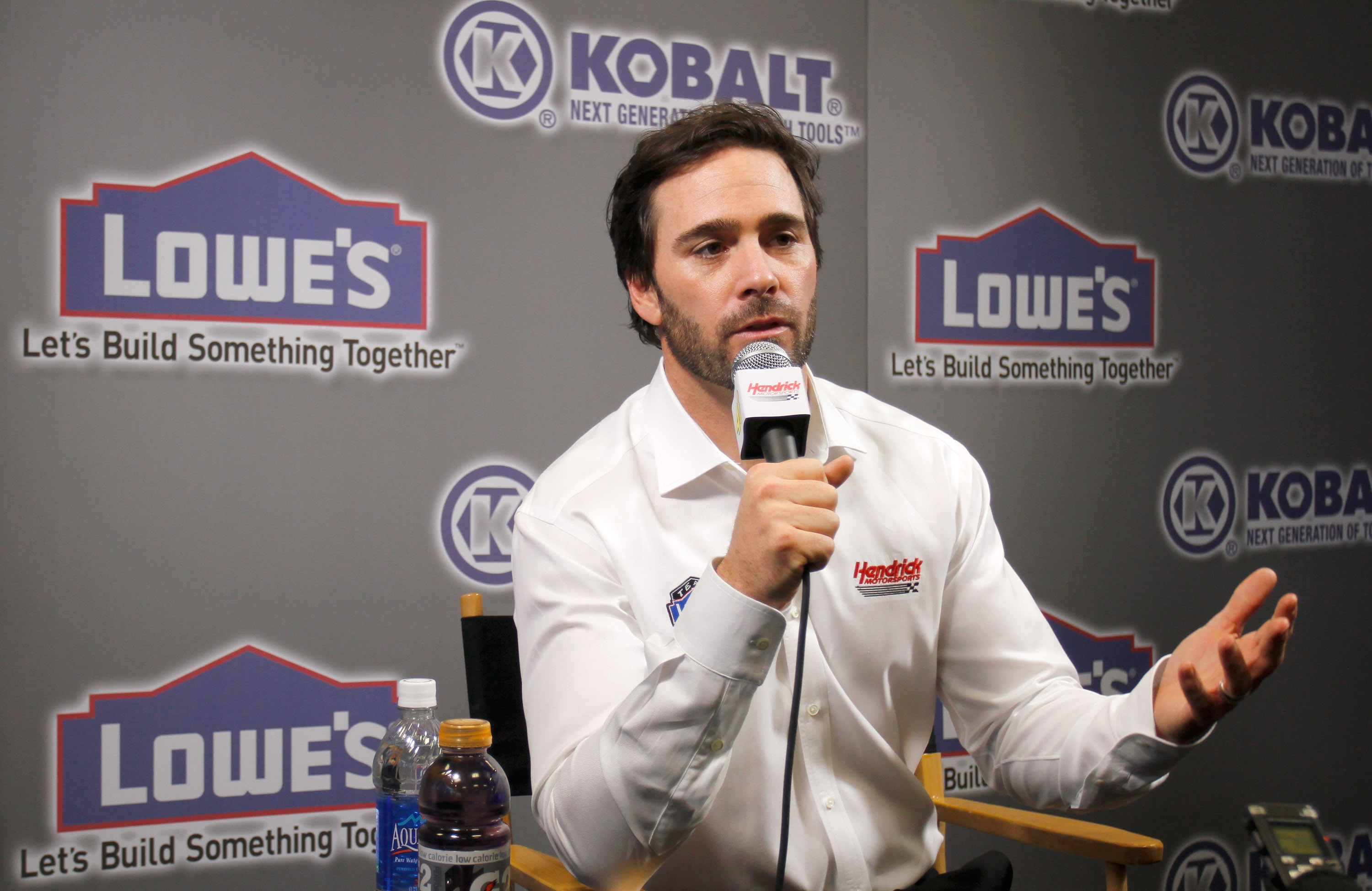 The five-time defending champion's team was so satisfied with how they performed over the first two days of testing that the No. 48 Chevy packed up and left before the third and final day.

That's exactly what the rest of the field didn't want to hear. 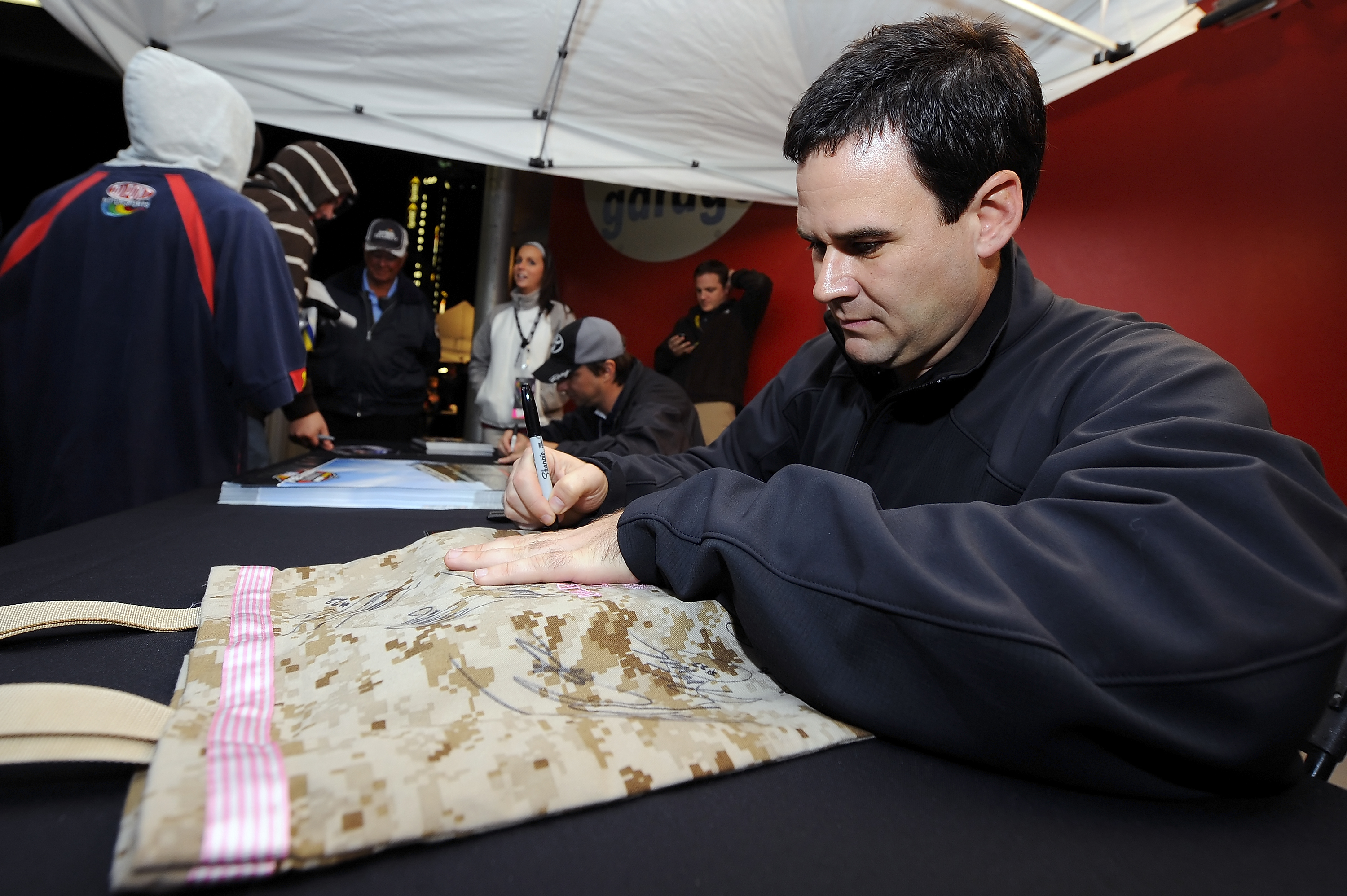 Although he didn't find a ride in time for Daytona testing, 2010 NASCAR Sprint Cup Rookie of the Year Kevin Conway (and his ExtenZe sponsorship) will drive for Joe Nemechek's NEMCO Motorsports in the No. 97 Toyota for Speedweeks.

If the partnership works out, it could turn into a full-season ride for the nation's most well-known male enhancement spokesman. 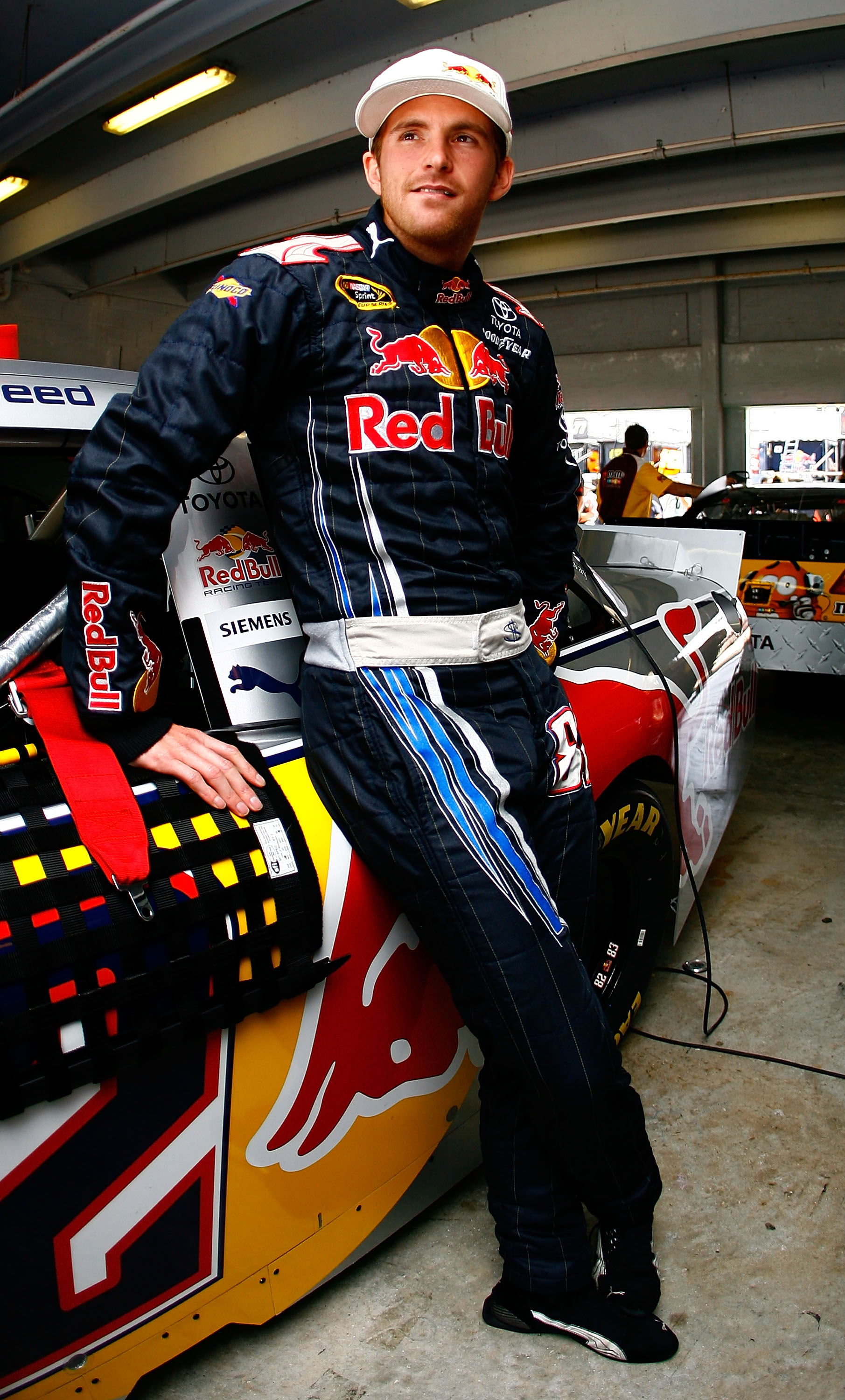 Scott Speed—who is currently in the middle of a $10.5 million lawsuit with Red Bull Racing over a breach of contract regarding his release last season—was nowhere to be seen at Daytona during testing.

Where he'll wind up next month—whether it's at Daytona or in the comfort of his own home—is anyone's guess.

NASCAR Should Allow Online Streaming for All Events 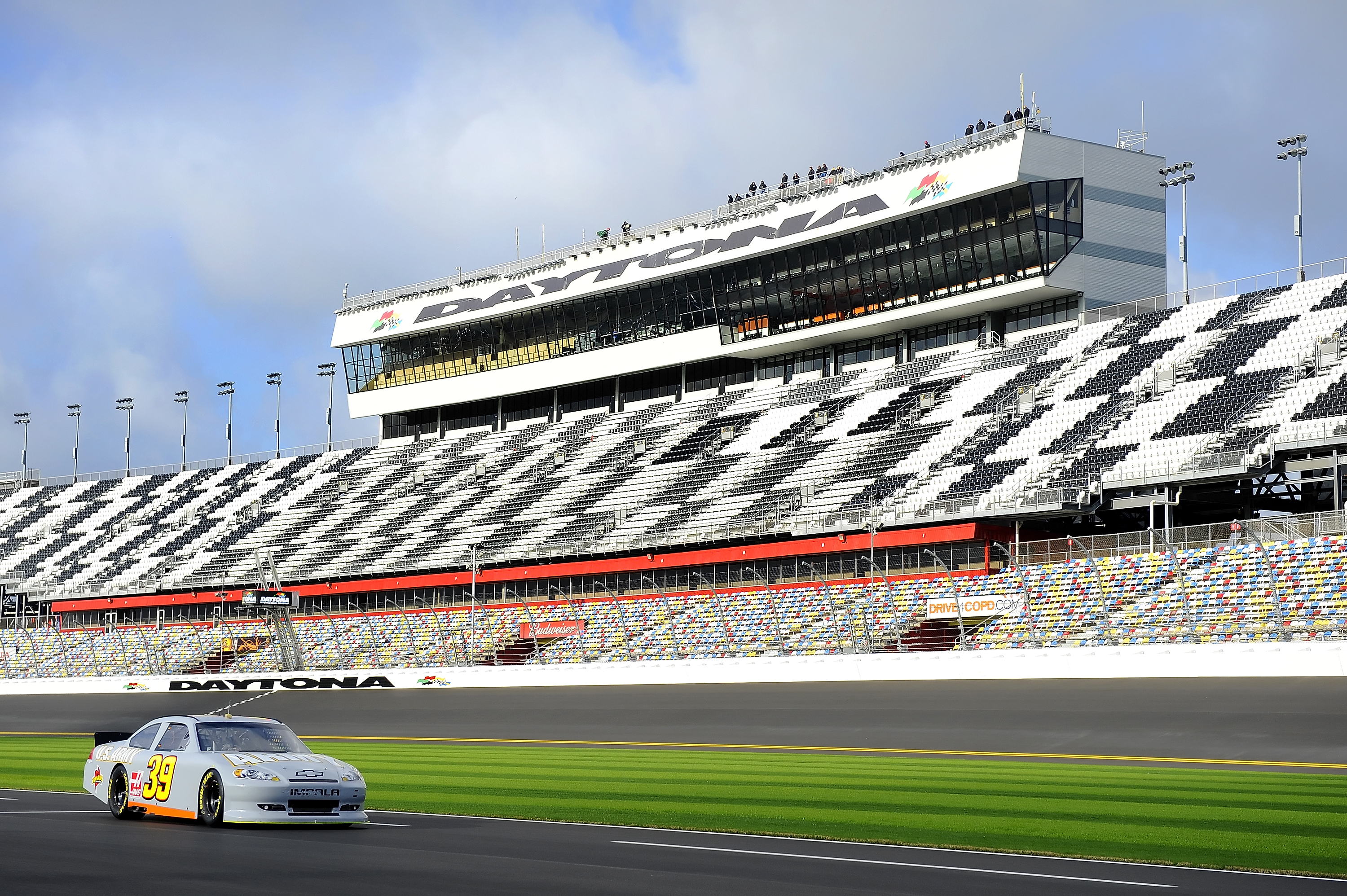 For the first time ever, live coverage of preseason testing was produced by a television network—in this case, SPEED.

The catch: Most of the coverage was shown exclusively on SPEED's website due to prior programming commitments on the Fox-owned cable station.

The result was hours of commercial-free, on-track action with extended driver interviews. Additionally, the webcast was driven by feedback on Facebook and Twitter, as users contacted on-air personalities regarding what they wanted to see.

It appears as if NASCAR has learned from this great innovation, at least conditionally. The Camping World Truck Series races will get the same RaceBuddy coverage (different camera angles and audio) provided for TNT's coverage of Sprint Cup action.

While it isn't full coverage, the partial webcast of Truck Series races will be beneficial for those who don't have SPEED. 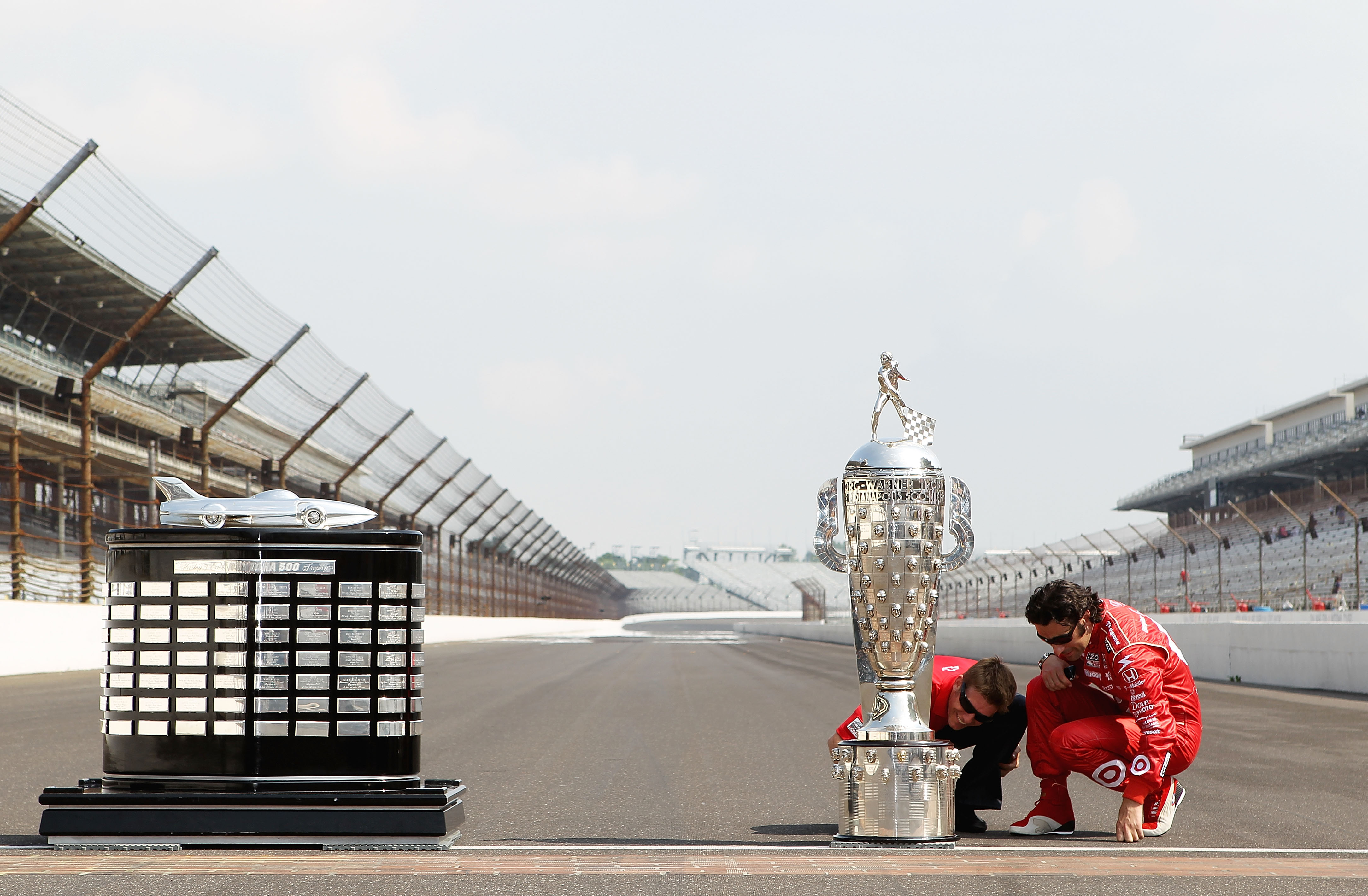 On a restrictor-plate track with a new surface, anything can happen—just ask Talladega Superspeedway over the past few years.

With cars able to stick together in the draft without breaking apart from the pack, we may see a return to the ultra-competitive races that took place in 2001 and 2002 for the Harley J. Earl Trophy.

Much like Michael Waltrip and Ward Burton did in those respective seasons, we may see a shocking winner in Victory Lane next month.

Ryan Papaserge is a junior journalism/mass communication student at St. Bonaventure University and a Featured Columnist at Bleacher Report.