Arsenal: 5 Reasons Why They Can Win the Premier League From Here 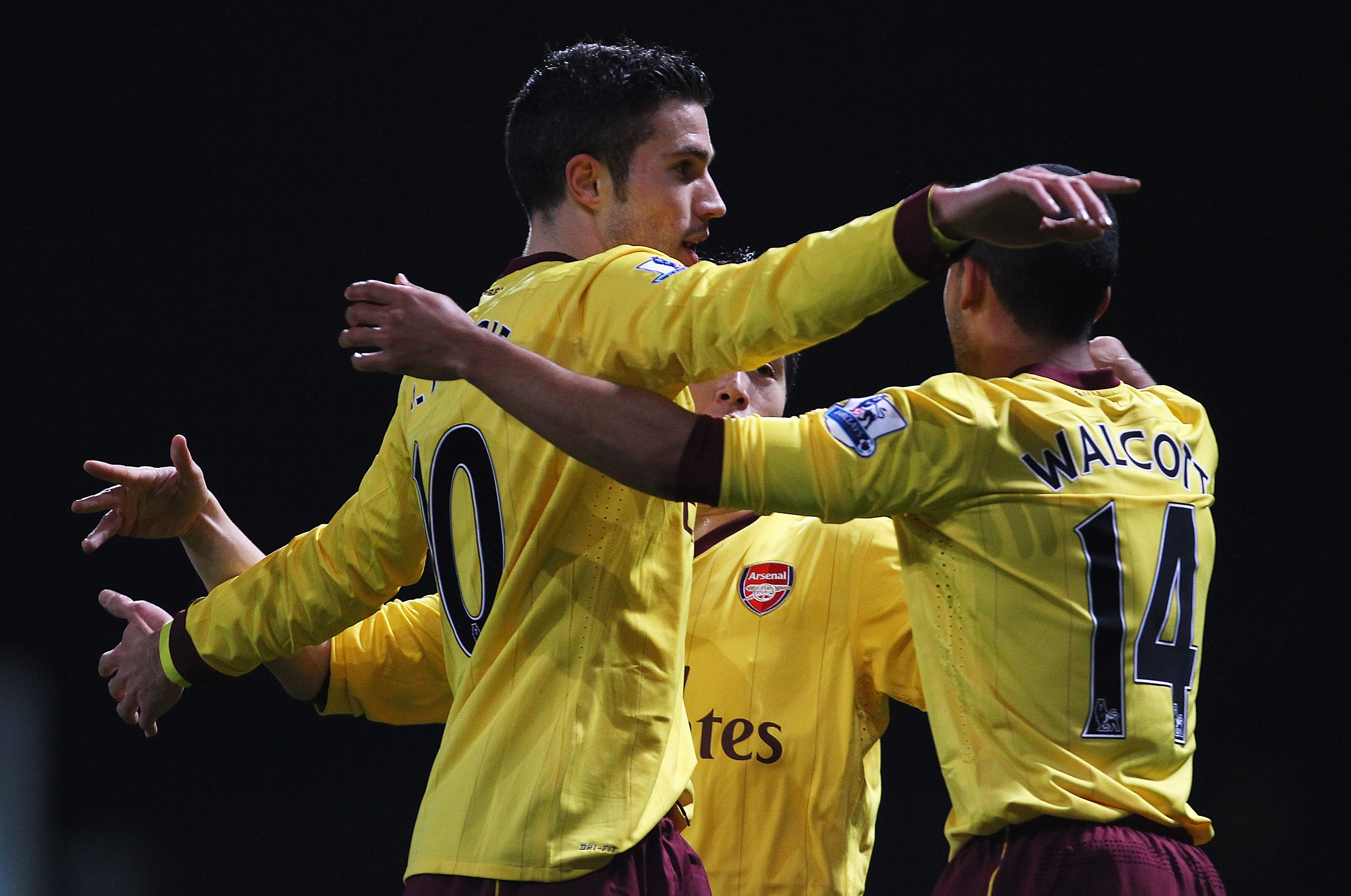 This season Premier League fans are witness to one of the most close contested title races in recent memory. 5 teams are contesting for top honors and only 8 points separate the top 5 sides. All teams are in with a shout of being crowned Premier League Champions come May.

In this article I will be stating why Arsenal still have a great chance to lift the trophy and lift their first EPL crown since 2003-04 when they went unbeaten the whole season.

Please do check out my blog: Sportsbuzz 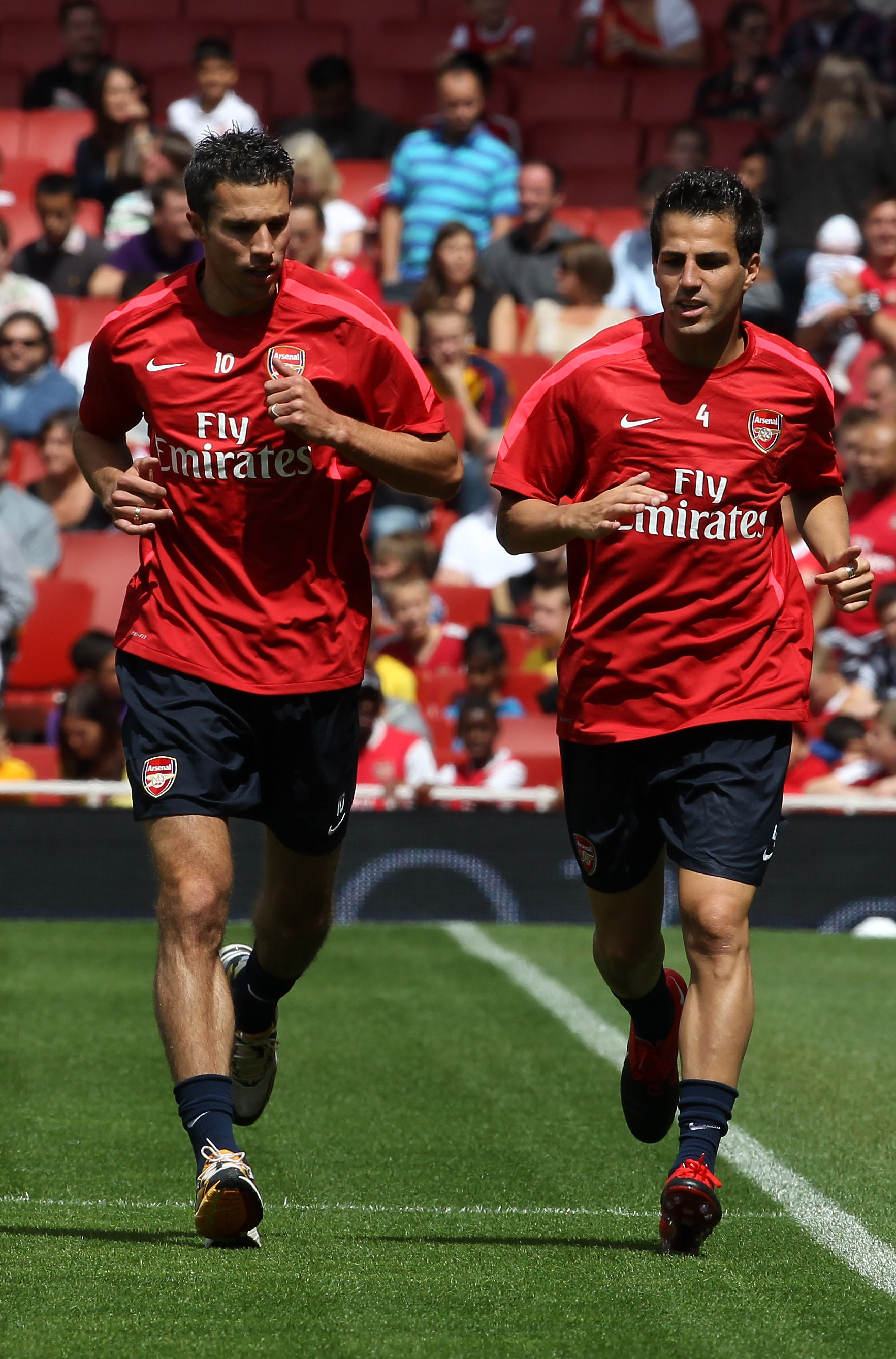 Last Saturday Arsenal destroyed West Ham 3-0 and leading Arsenal’s attack was Robin Van Persie. For several seasons now RVP has been ravaged by injuries and has always struggled to stay fit for the entire season. This year was no different. In his very first start of the season, Robin Van Persie picked up an injury that sidelined him for close to 3 months.

Initially after his return he struggled, he failed to put away easy chances and looked short of match fitness. But in his last two matches he has looked sharp and has been playing some entertaining football. He created chances and linked up very well in the match against Manchester City and was unlucky not to score.

In the match against West Ham, RVP was brilliant. 2 goals and an assist in what was a great performance from the Dutchman. He seemed to be back to his best and looked extremely sharp. In his absence Arsenal have Chamakh who can fill in his void. But Van Persie is a much better passer and can hold up the ball much better.

Another player who just made a full recovery from a hamstring injury was Cesc Fabregas. Following his recurrent hamstring injury, Arsenal’s talismanic captain seems to be back to his best and is once again dominating from the centre of Arsenal’s midfield.

With 2 of Arsenal’s key and most talented players back and firing, Arsenal are playing some great football. They look much more complete as a team and their passing seems to be much more effective. Arsenal look a completely different side with these 2 players and they seem to be fulfilling their potential.

With these 2 in the team Arsenal seem to have a much better tempo and seem to be playing better football. If the 2 of them can continue their great form Arsenal can really go the distance this season. 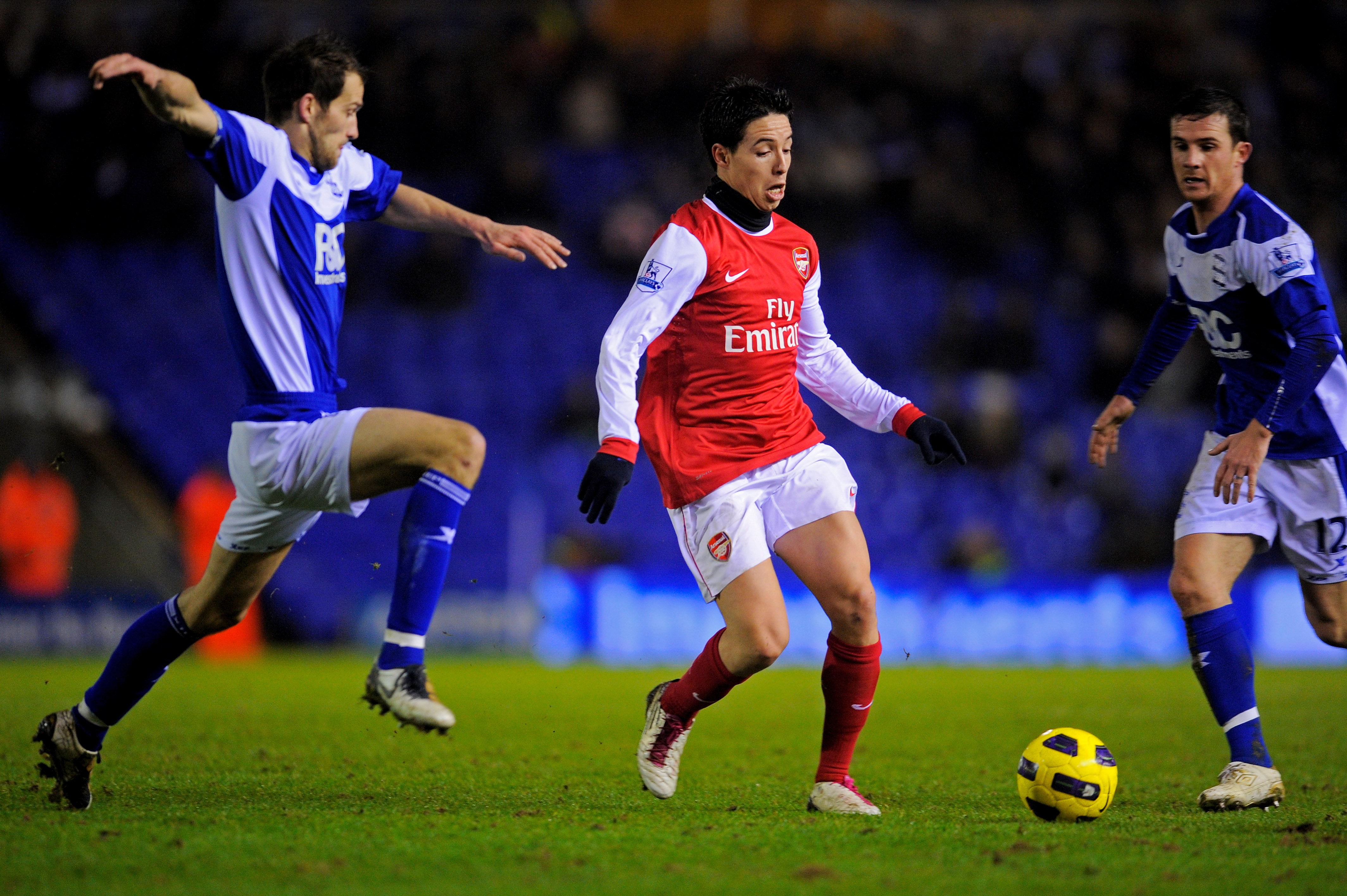 Arsenal have the best away record in the league this season. They have captured 24 points from a possible 36. Only Manchester City comes close with 21 points. Arsenal have won at St Andrews, Goodison, Villa Park, grounds on which the other title contenders have struggled.

This season Arsenal’s away form has been brilliant. In normal circumstances it is usually Arsenal’s poor away record that finally proves to be their undoing. In past seasons Arsenal have struggled to impose themselves away from home.

This season for instance Arsenal have beaten Birmingham 3-0 at St Andrews, a ground at which none of the title challengers got the win. Yet Arsenal romped home with ease and in style. This season have thrived when playing away from home unlike the other contenders except Manchester City. Manchester United have won only 2 away fixtures this season and drawn 8.

But surprisingly its Arsenal’s home form that has been shaky. Arsenal have already lost thrice at home, to West Brom, Newcastle and Tottenham. Arsenal has struggled in certain home games they should have won with relative ease. But in the past few weeks, their home form has shown signs of improvement and it looks like Arsenal can make their home ground a fortress once more.

Arsenal still have a few tricky away fixtures against Stoke City, Fulham and Tottenham. Their away form will be key if they are to push for the title. If Arsenal’s home form improves and away form continues then they can lift the title this season. 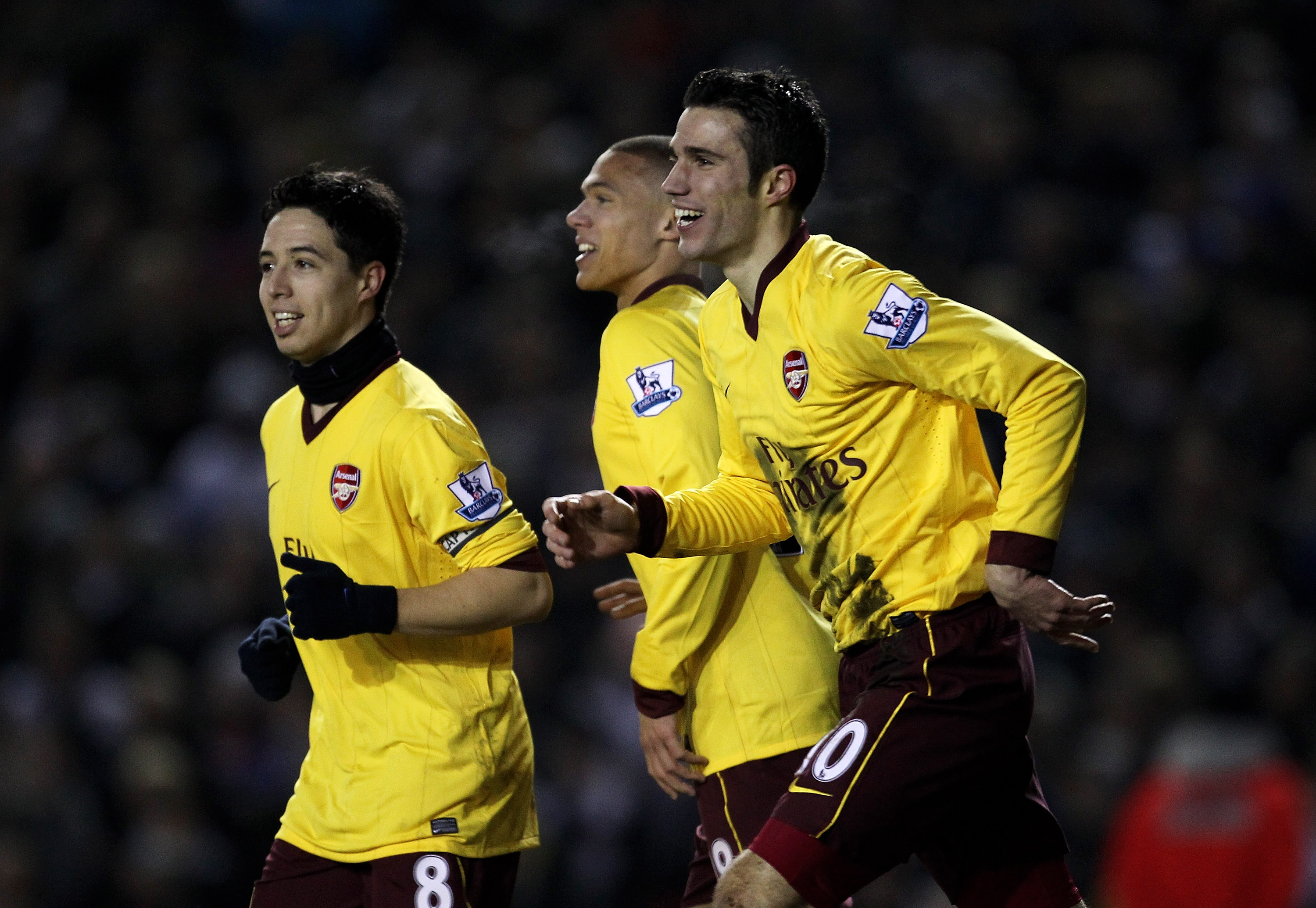 This season Tottenham and Chelsea are the other 2 teams competing for the Premier League crown.  Arsenal have finished playing Chelsea and Manchester City twice and have one fixture remaining against Manchester United and Tottenham. In other words Arsenal have 2 more fixtures against fellow title challengers.

It is becoming clear that the points separating this side will be marginal and in such a situation, every point will play an important role and Arsenal’s upcoming fixtures give them a great chance to climb up the table.  Arsenal’s next 4 games are against Wigan (home), Everton (home), Newcastle (away) and Wolves (home). 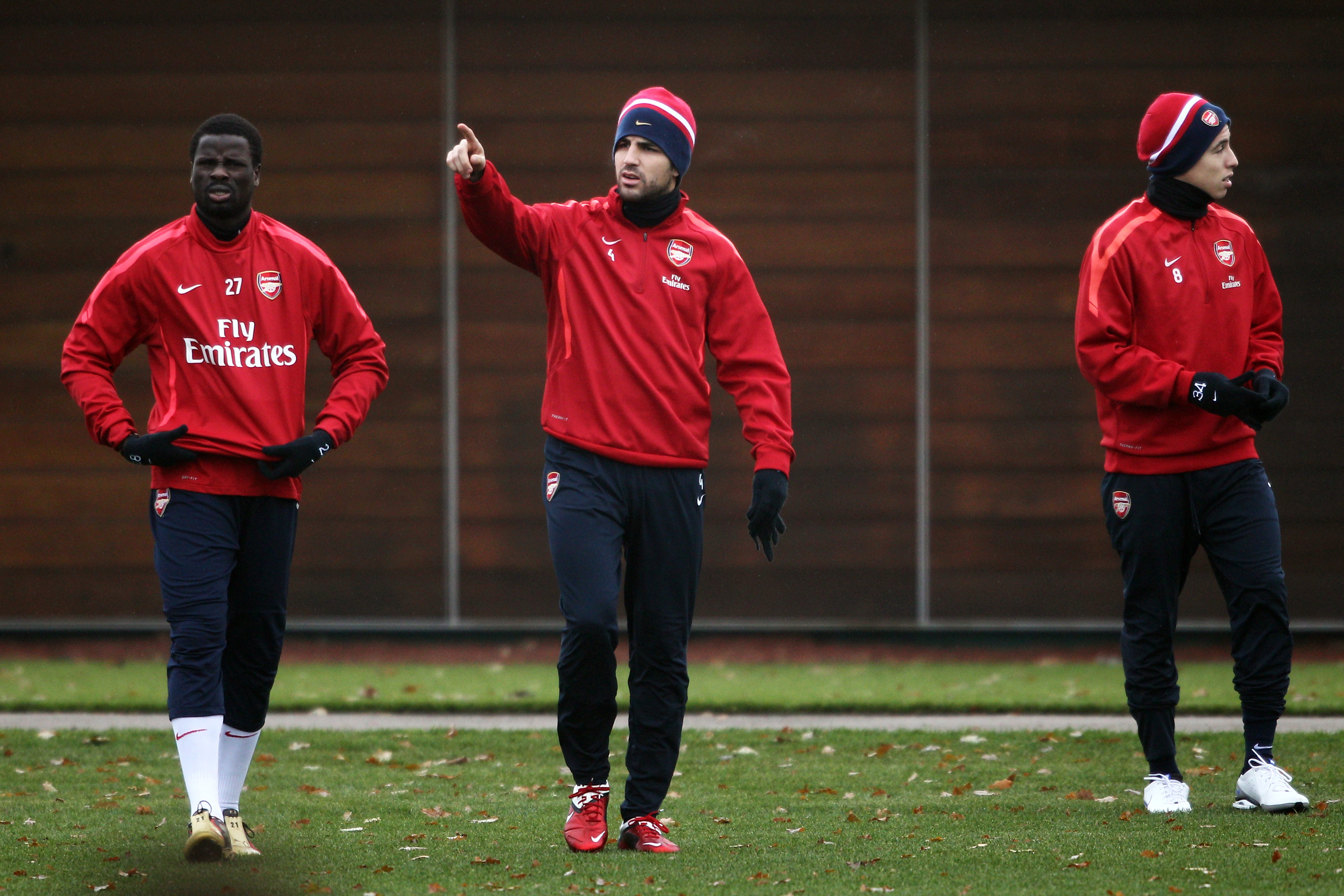 Among all the challengers for the trophy Arsenal have the most depth in their squad. During the summer Arsene Wenger signed Marouane Chamakh, Laurent Koscielny and Sebastian Squillaci. The latter 2 were signed to fill the void left by the departure of William Gallas, Sol Campbell and Mikael Silvestre.

This season with the emergence of Lukasz Fabianski and with youngster Wojciech Szczesny impressing tremendously Arsenal seem to have 2 good, consistent and solid goalkeepers unlike previous seasons were they lacked even a single good keeper. Lukasz Fabianski has produced three man of the matches and Szczesny has looked solid and confident when given the opportunity.

The Arsenal defense has come under a lot of scrutiny and has been severely criticized by many. Although the Arsenal defense maybe shaky at times, it is not as bad as it is portrayed by many. Arsenal have conceded 22 goals this season. Only three teams have conceded less: Manchester City, United and Chelsea.  This is despite missing their defensive leader and first choice centre back, Thomas Vermaelen to an Achilles heel injury since August. Johan Djourou has performed exceptionally well in his absence and Koscielny has looked solid when partnering Djourou. With Arsene Wenger about to buy a defender, Arsenal will have more quality at the back.

Arsenal have tones of quality and flair in the midfield with experienced players like Fabregas, Nasri, Rosicky, Arshavin and Song. They also have several talented and upcoming players like Wilshere, Walcott, Vela, and Emmanuel-Thomas. Arsenal have lots of quality in midfield and possess the best midfield line-up in the country.  They also have an extremely potent and talented attack featuring the likes of RVP, Chamakh, and Bendtner.

When compared to most other sides Arsenal have more quality depth. Chelsea have struggled in the absence of John Terry. Manchester City are dependent on their captain Carlos Tevez. Manchester United are at times too dependent on Rooney and Tottenham’s success so far is due to Van Der Vaart and Bale.

This season despite rotating the squad several times and resting a lot of players, Arsenal are alive in all 4 competitions unlike the rest. Also Arsenal have had atleast 2 squad members injured at any point of time.

Desire To Win and Mental Strength 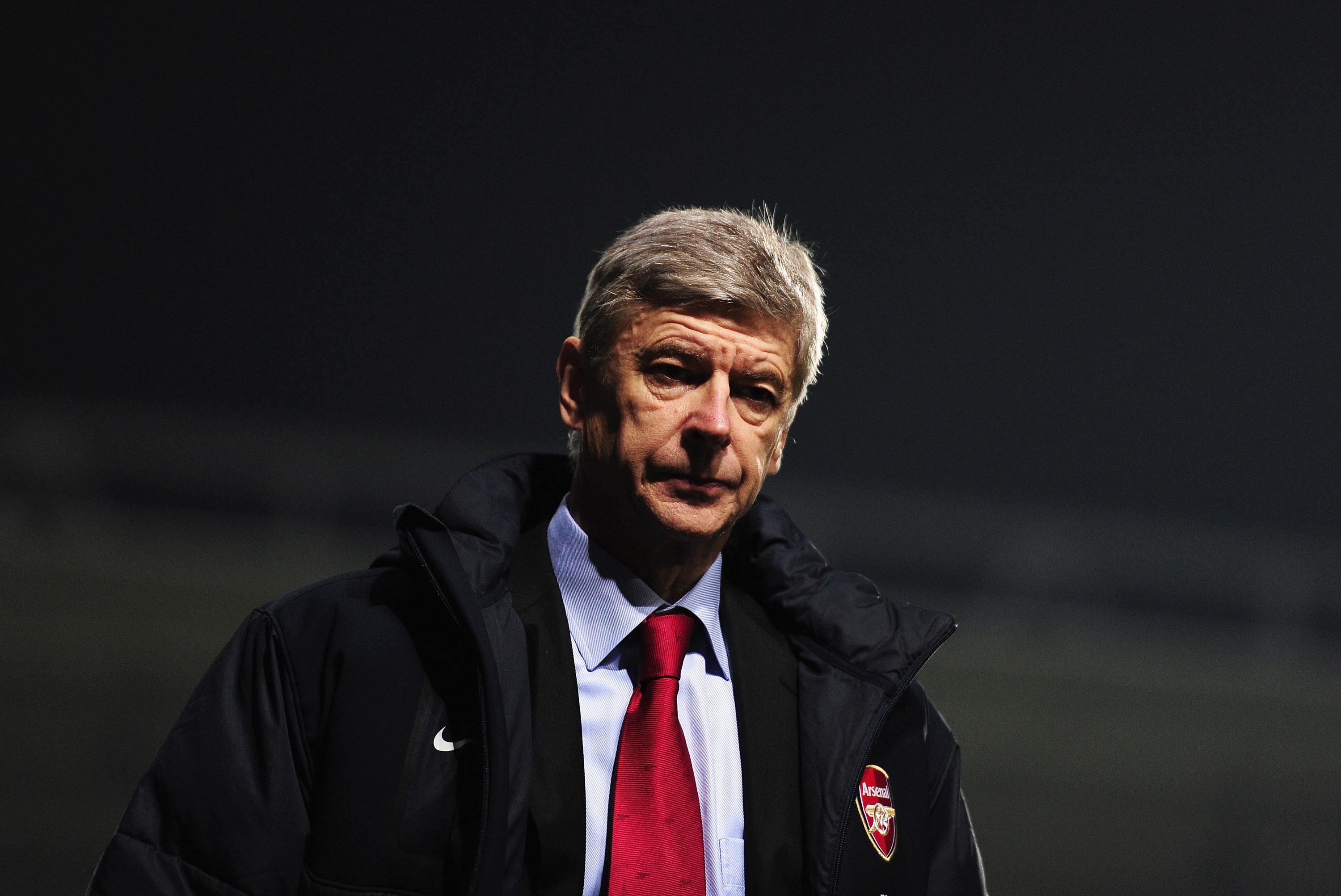 Arsenal last won a trophy in 2004-05 when they lifted the FA Cup and last won the Premier League back in 200304 when they went the entire season unbeaten. After the disappointment of last season, Arsenal are desperate to win a trophy this season.

This season there have been several instances when Arsenal showed great mental strength to win matches and close out games. In the last few seasons Arsenal crumble when facing stiff opposition and cannot withstand the physical side of the game. But this season they have triumphed against the likes of Blackburn, Birmingham. Arsenal's ability to win away from home is also an indicator of their new found mental strength.

This season we are seeing the rise of other match winners apart from Fabregas, Van Persie. It has become evident that players are willing to step up and take the responsibility to win matches for the Gunners. The likes of Nasri, Chamakh, Fabianski, Walcott, Song have all shown great maturity and desire this season.

This Arsenal side look like they really want to end their barren run. They have shown the desire to win. Several players have come out and stated their intentions to win the Premier League namely Wilshere, Fabregas, Song. 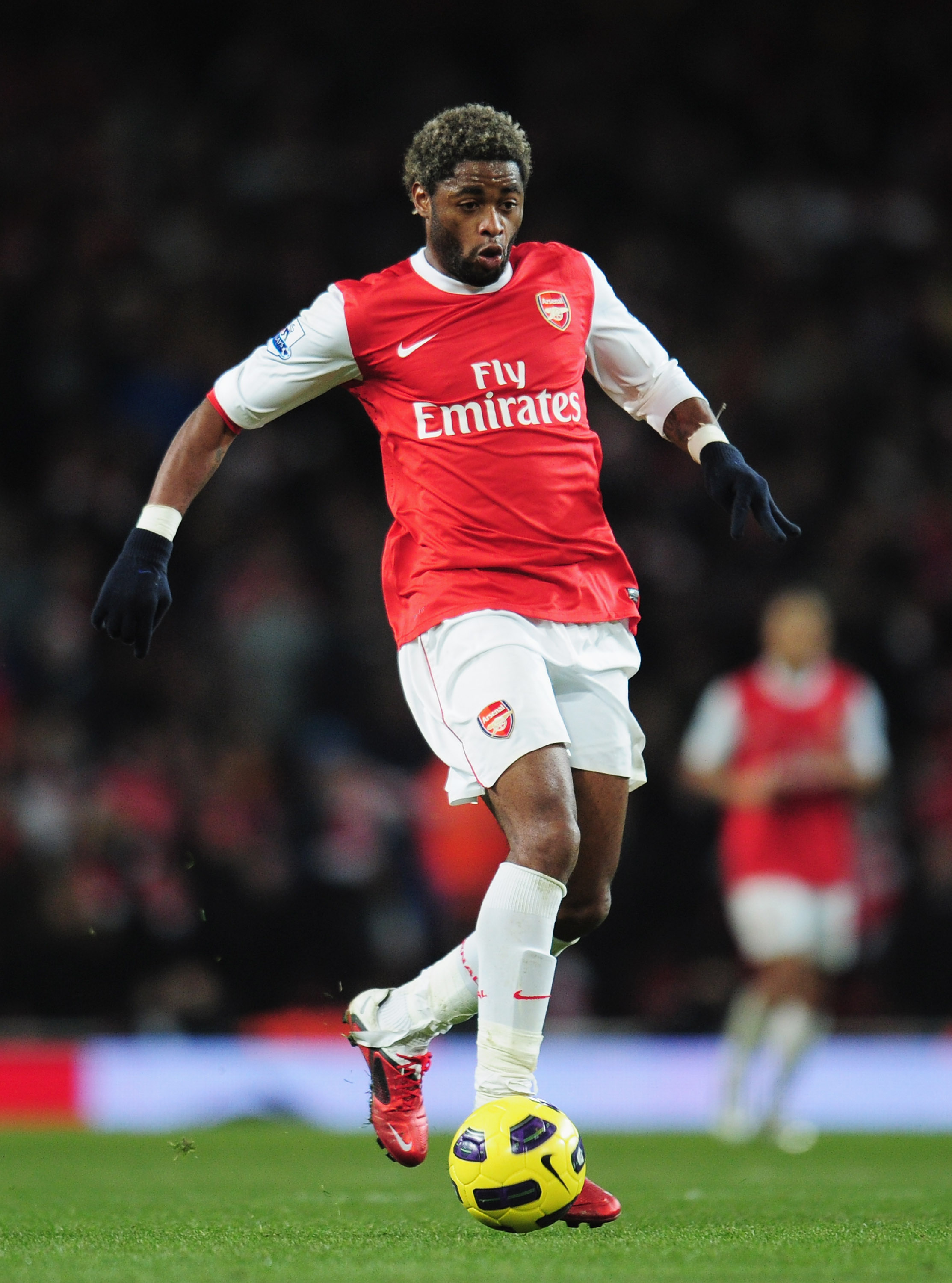 Arsenal without a doubt have some flaws in their game and tend to disappoint some times. But lets not forget that every other team has some major flaw and have their weaknesses as well.

Manchester United despite being unbeaten have been unconvincing and their away form still leaves a lot to be desired. They have just managed 2 away wins from 10 fixtures. They have looked scrappy at times and are not killing of teams like previous seasons.

Chelsea have crumbled and collapsed and are struggling now. They have shown a lack of leadership in the absence of Terry and Lampard and lack the killer instinct to go the distance.

Manchester City can't win without Tevez and have not been entirely convincing. They have struggled in several matches which they should have won comfortably. Its also going to be interesting to see if they have the quality to sustain a title challenge for the entire season.

Tottenham are over-reliant on Bale and VDV, and will struggle to mix both European football and Premiership games.

If Arsenal can exploit the weaknesses of the other sides and remain fairly injury-free they can win the League.

But no doubt that this will be a cracking and thoroughly interesting title race.