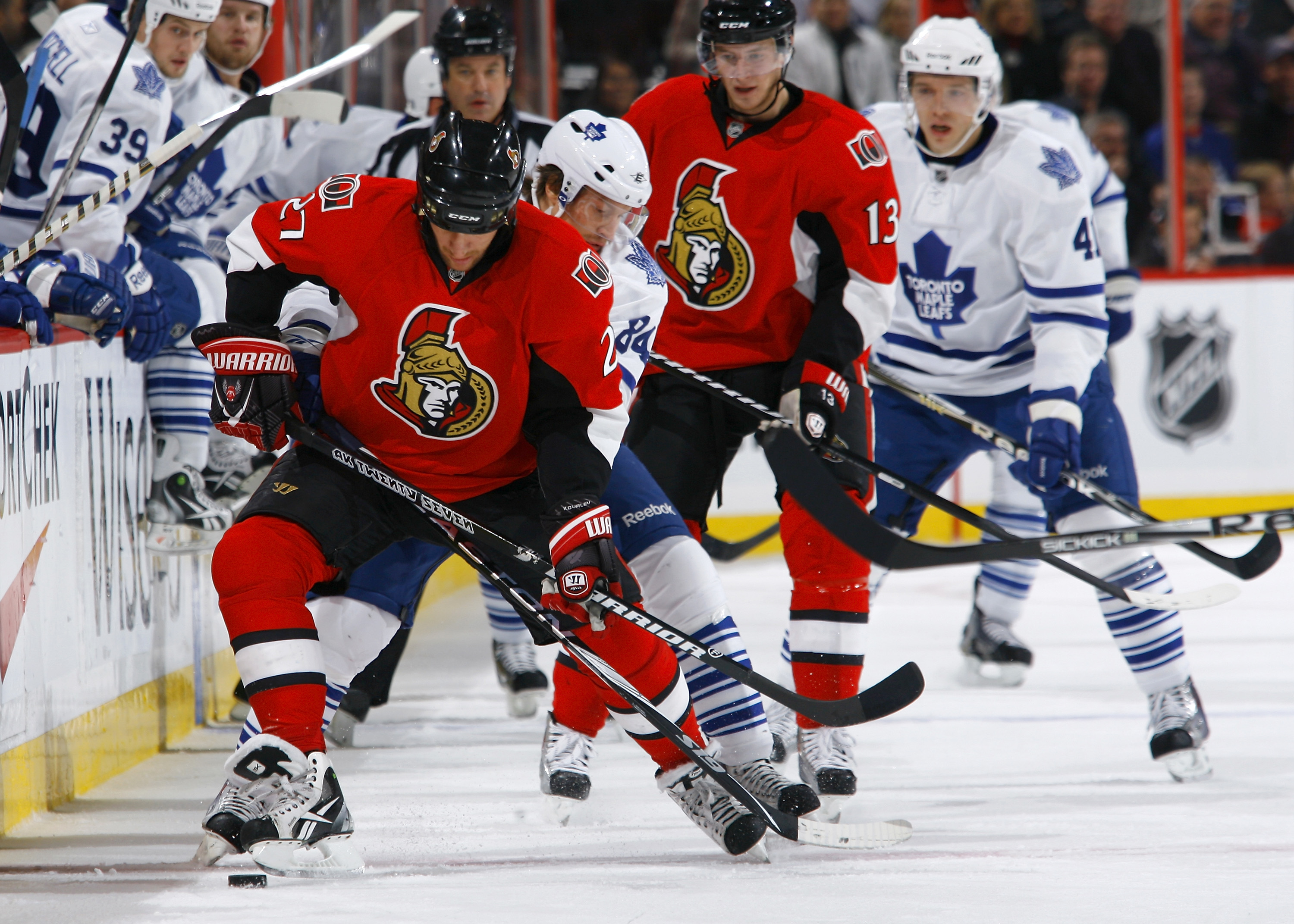 NHL trade rumors continue to heat up as we continue to close in on February 28 and trade deadline day.

It's looking like this year will be dominated more by rumors than actual moves, as a few writers are already starting to say that the deadline won't be that active. The two biggest names rumored are Brad Richards and Jarome Iginla, although it sounds like neither one will be going anywhere.

So with that in mind, there are still other names that could very well be moved before or at the deadline who are much more likely than Richards or Iginla. Here's the latest trade buzz on some players who could be moved. 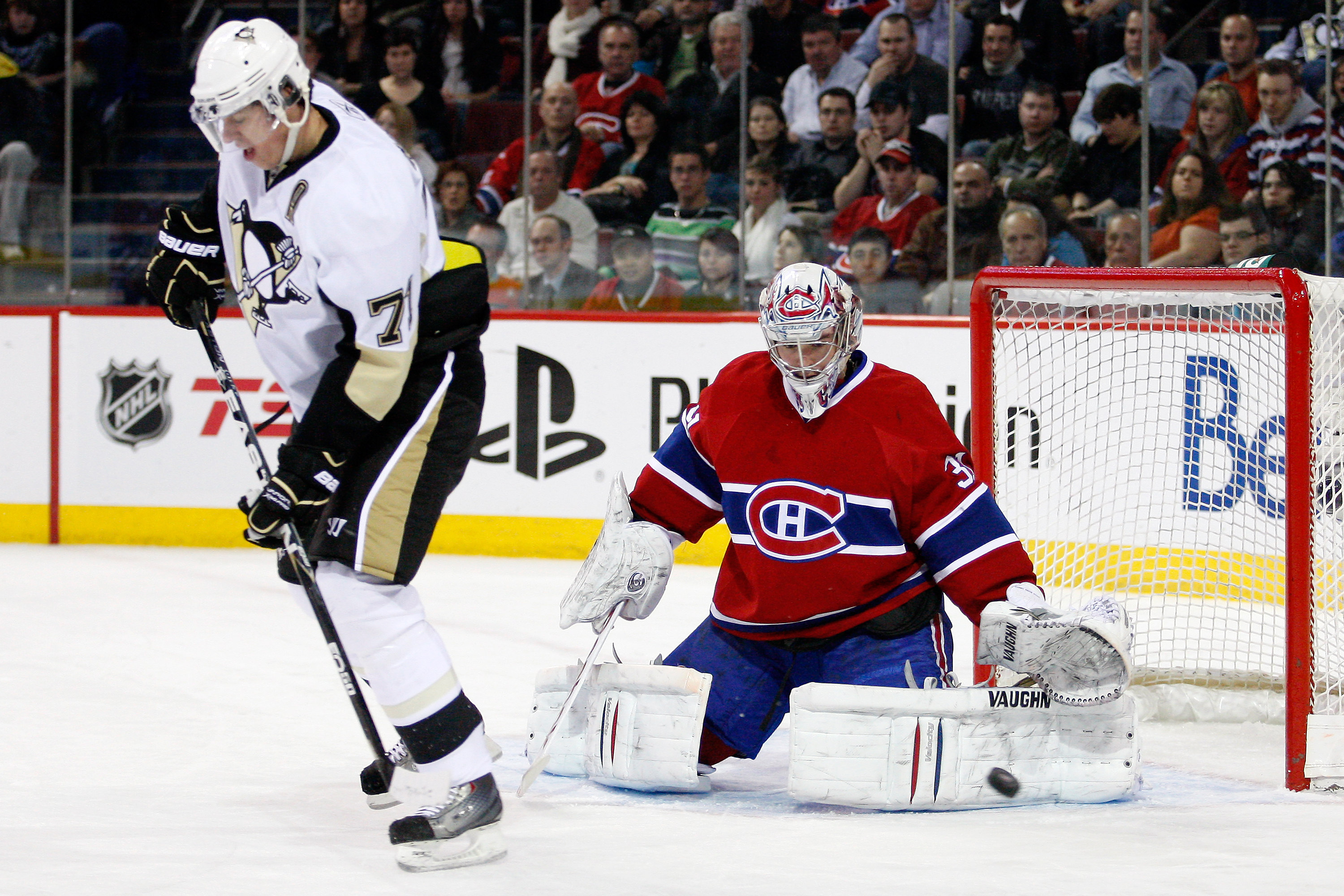 Let me first start by saying that Malkin hasn't been rumored as part of any deal and odds that he would be traded are slim and none. But the fires were stoked again recently with Jim Matheson of the Edmonton Journal writing that Malkin should be traded because of his declining production under Dan Byslma, proposing a blockbuster Malkin-Rick Nash swap.

Lyle "Spector" Richardson of Fox Sports refuted that a Malkin trade would ever happen (at least not now) and even Matheson himself said it probably wouldn't happen. But it's interesting to think about, if nothing else. 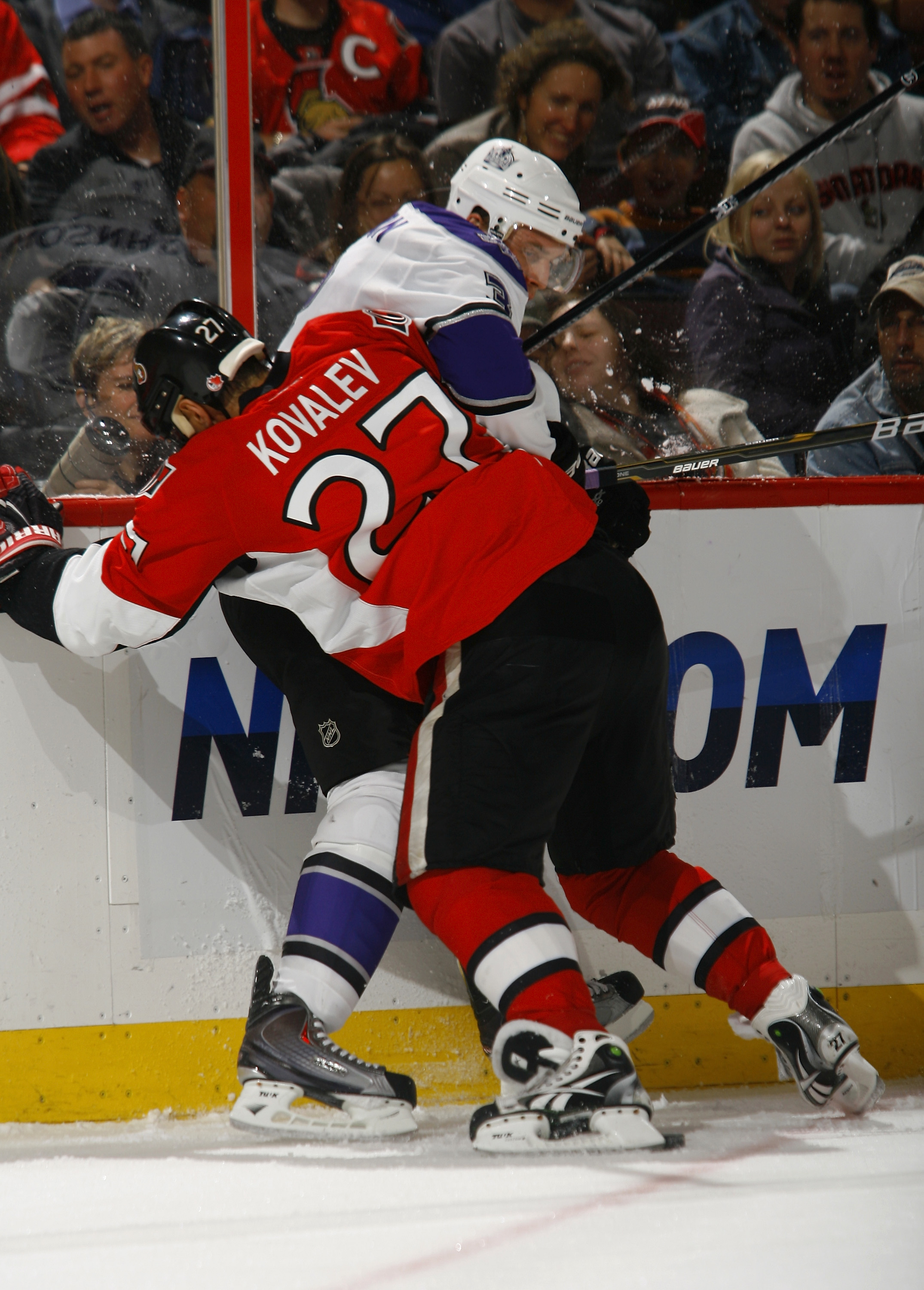 Kovalev has struggled through an awful season in Ottawa and it's pretty clear that he's checked out again. His contract is up after this season, so he won't be back regardless but you would think the Sens would like to get at least something for him. The trade rumors have calmed down, as there are no real suitors out there for him. But St. Louis could always make a move for a forward and he could somehow land in Montreal. 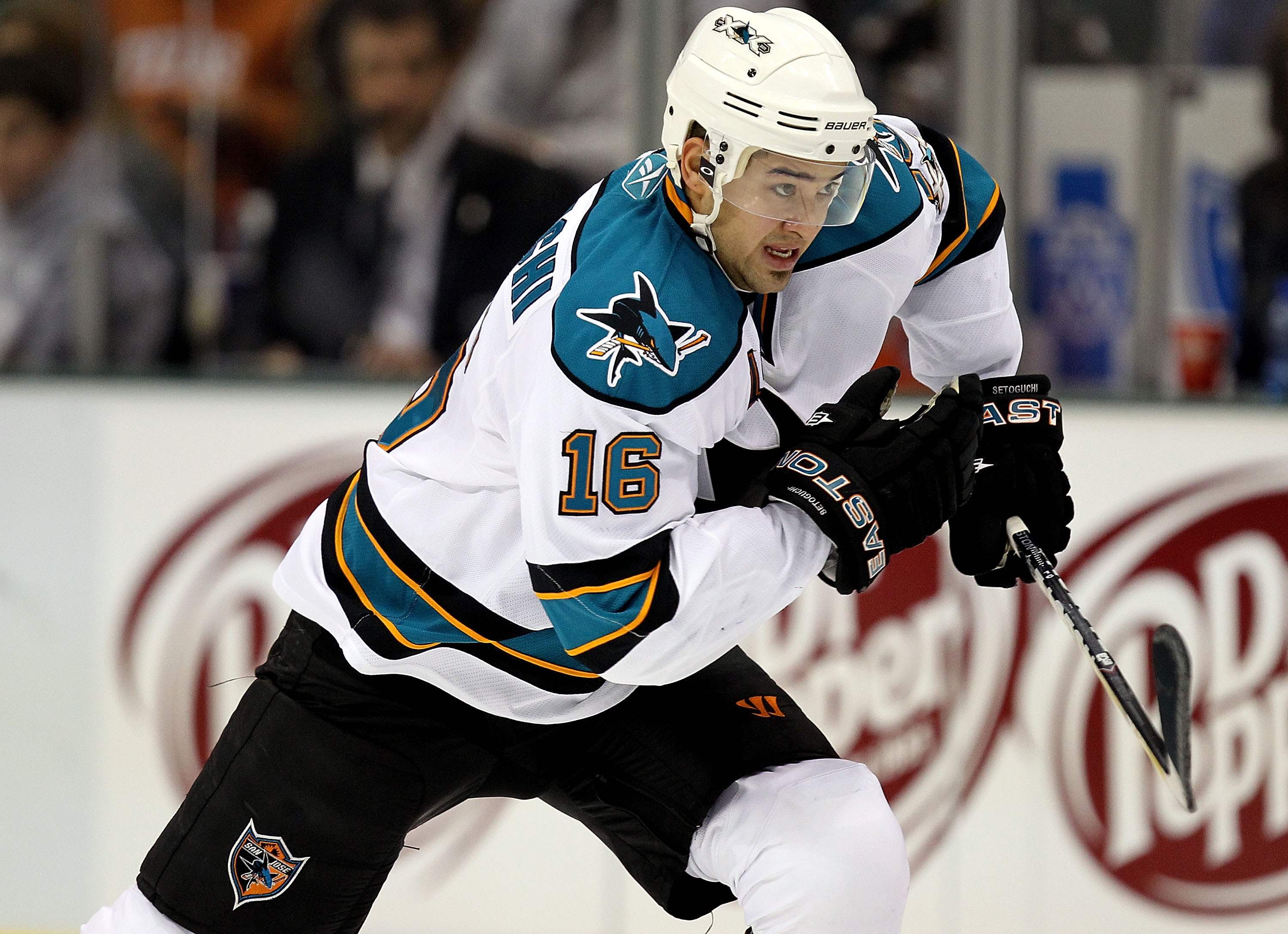 Setoguchi has trended downward ever since his career-high 31 goals two years ago, much like former Shark Jonathan Cheechoo (who, ironically, is tearing it up for the Sharks' AHL affiliate). Setoguchi has become the subject of trade rumors, including a rumor sending him to Toronto for Francois Beauchemin. Nothing has come up since the rumored trade, but Setoguchi has to be feeling the heat in some way. 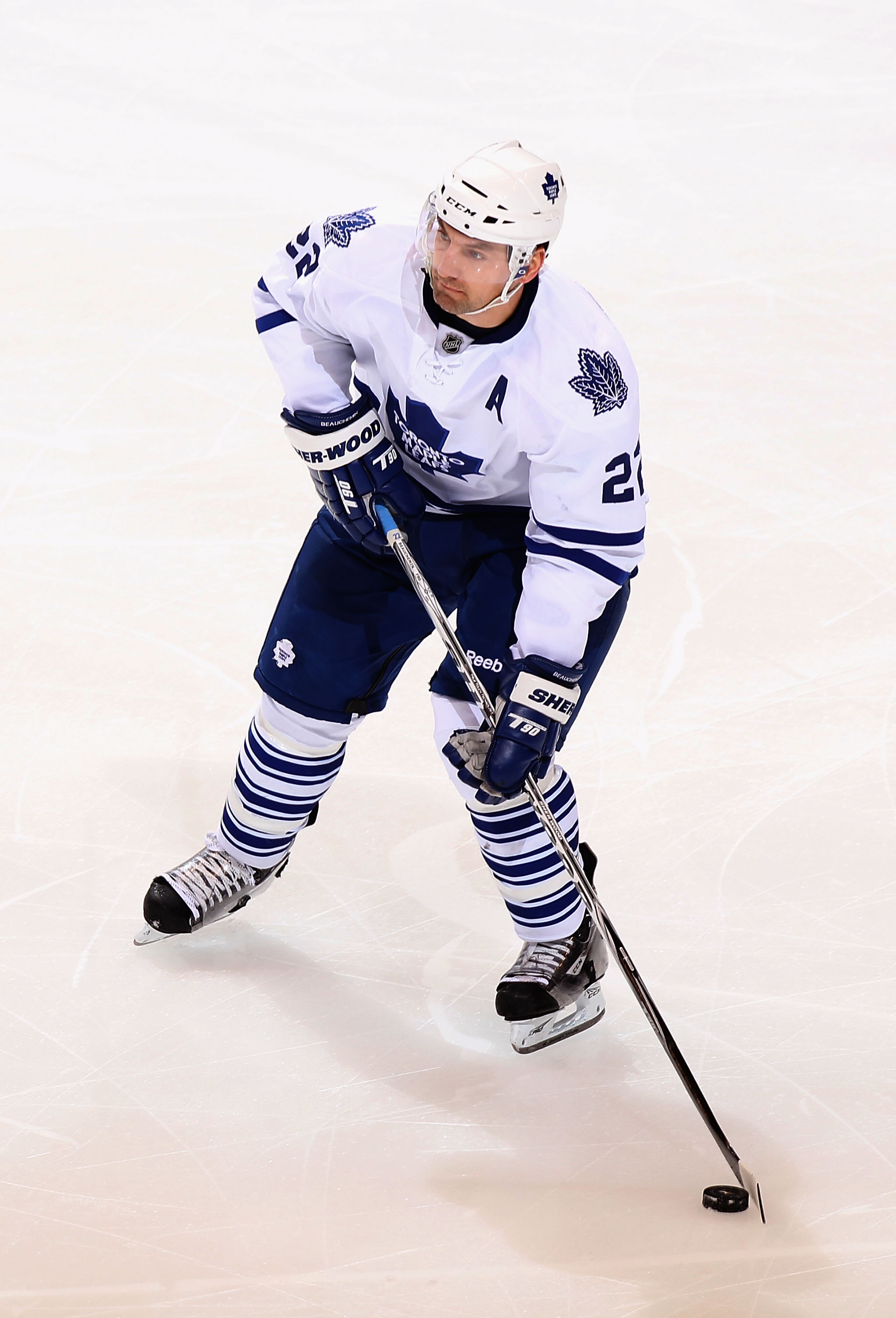 Beauchemin is still one of the prime Maple Leafs to be traded and San Jose continues to be the suitor that's interested in him, according to reports. The Toronto Star reported that Beauchemin has a no-trade clause but hasn't said anything about it being waived yet. Columbus could still be interested in a puck-moving defenseman, and according to Bruce Garrioch of the Ottawa Sun, Dallas is now also looking for an offensive defenseman. 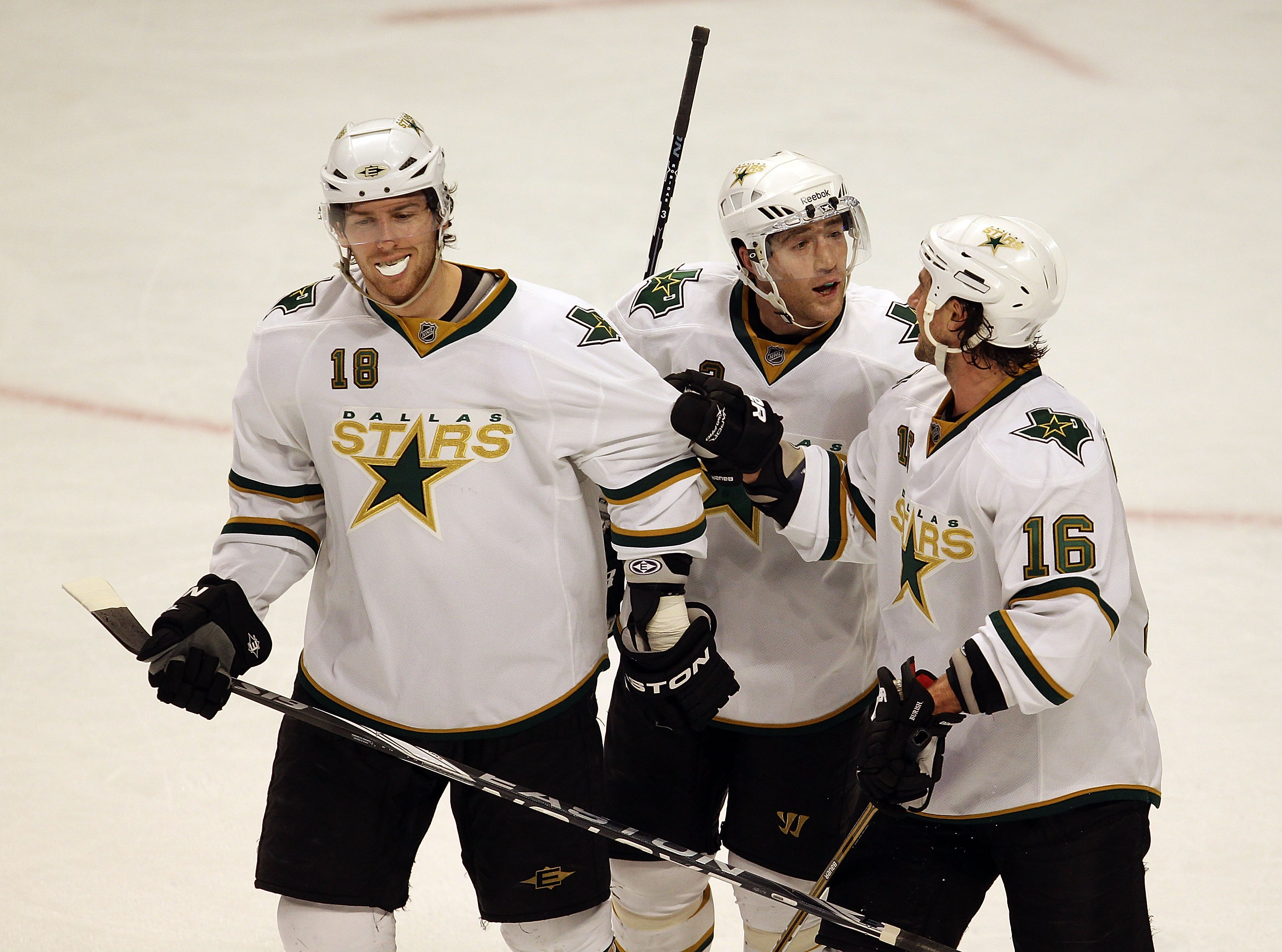 That brings us to James Neal, the young winger from Dallas. As I mentioned previously, the Stars are now apparently looking for an offensive defenseman. Building off of that, Jim Matheson reported that the Stars are reportedly dangling Neal in a possible trade for said defenseman. Of course, the Stars still have money issues and Brad Richards' contract is still hanging over the franchise, but Neal is an enticing piece for Dallas to dangle. 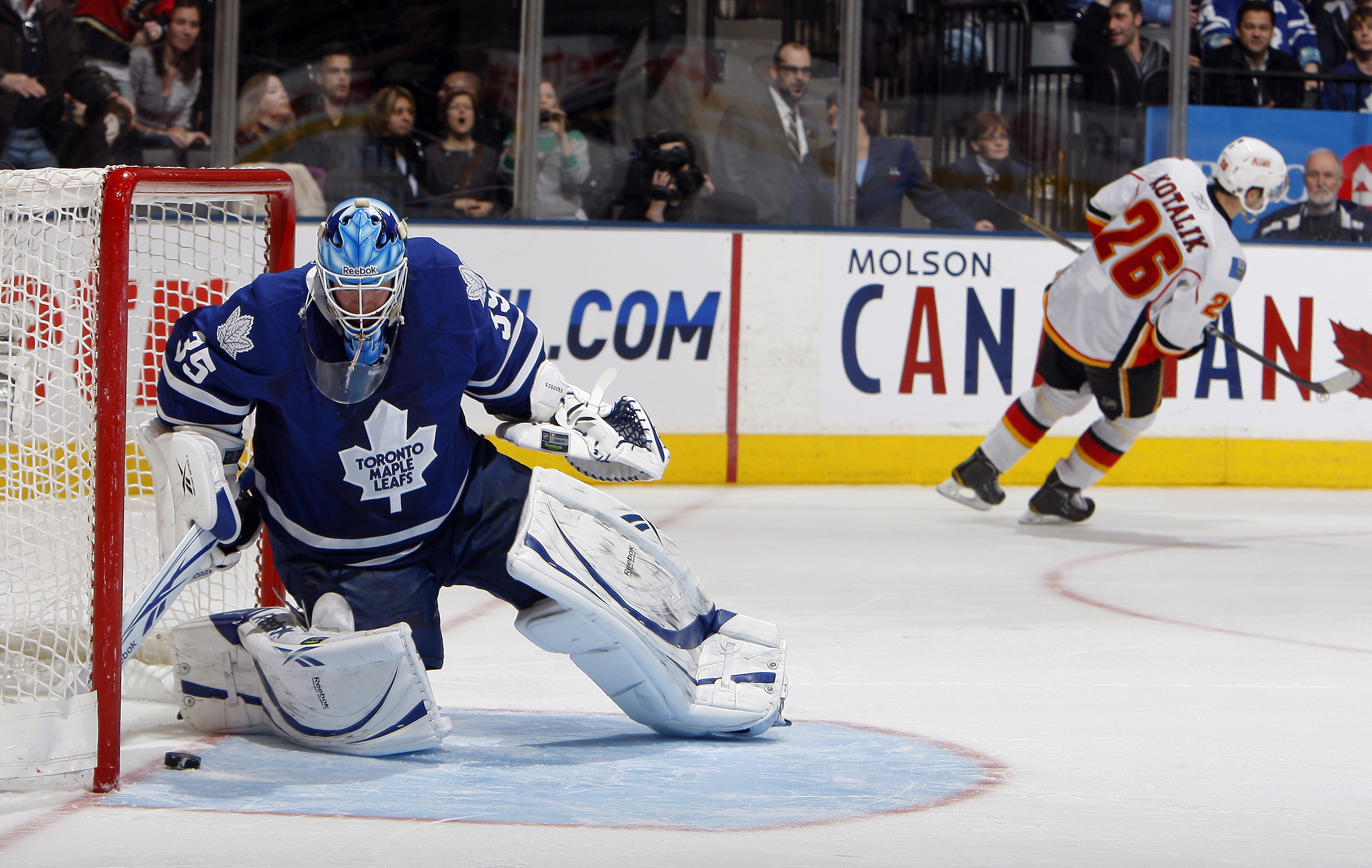 Giguere is back starting games for the Leafs and had one of his better games Saturday against Calgary. He also has a no-trade clause and was the Leafs' prize for unloading Jason Blake. But with the emergence of James Reimer and Jonas Gustavsson still around, Giguere could become expendable. The Toronto Star has reported that Giguere is open to waiving his no-trade clause. Of course, the goaltending market is terrible right now, so we'll have to wait and see. 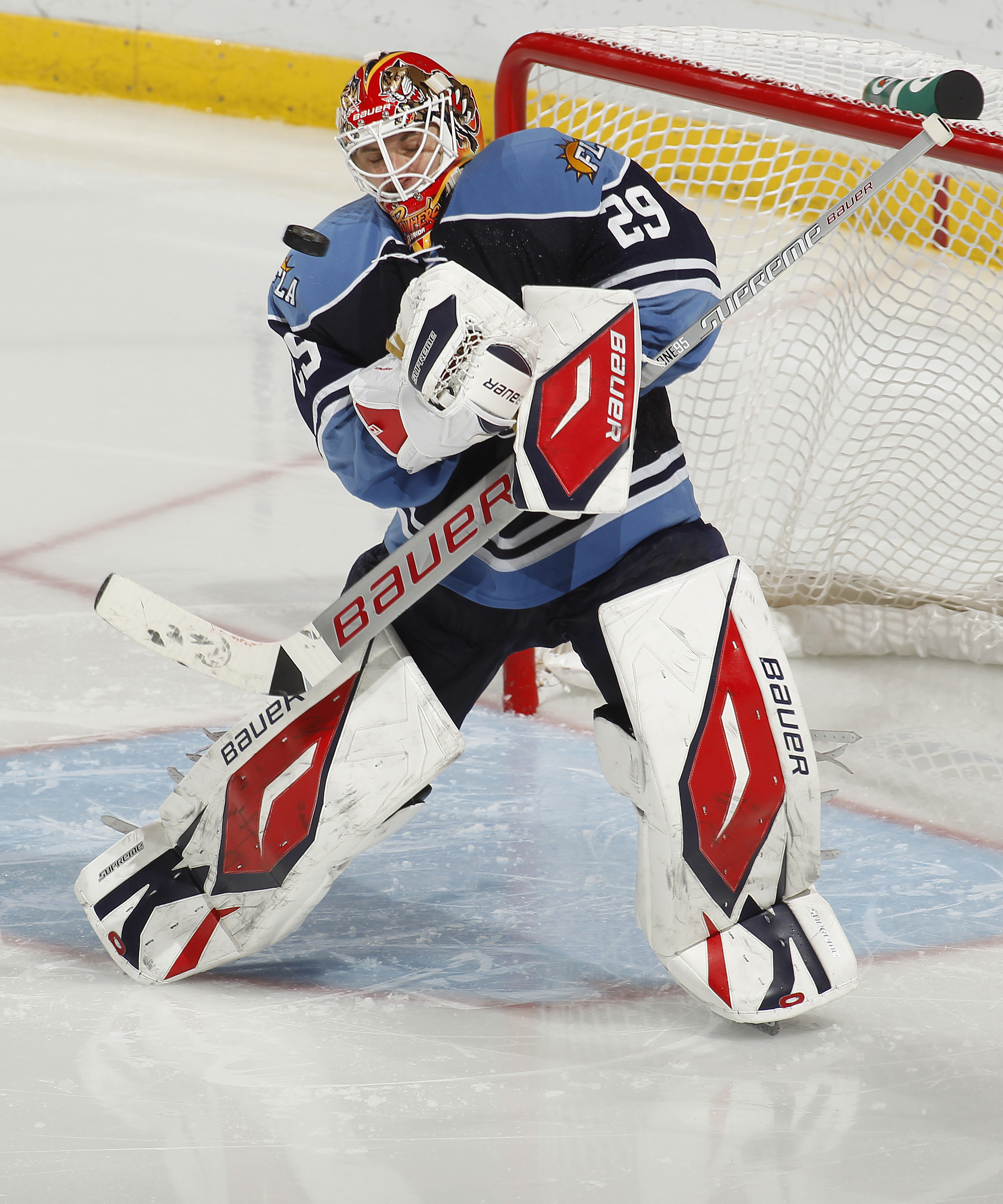 Vokoun is in limbo between possibly being traded and in negotiations for a contract extension. The saving grace for him is that there aren't many teams looking for goaltenders right now, so that could keep Vokoun in Florida. The only team that could be looking for goaltending help is San Jose, who according to Garrioch, could be interested in Vokoun. Either way, it'll be interesting to watch what the Panthers do with Vokoun. 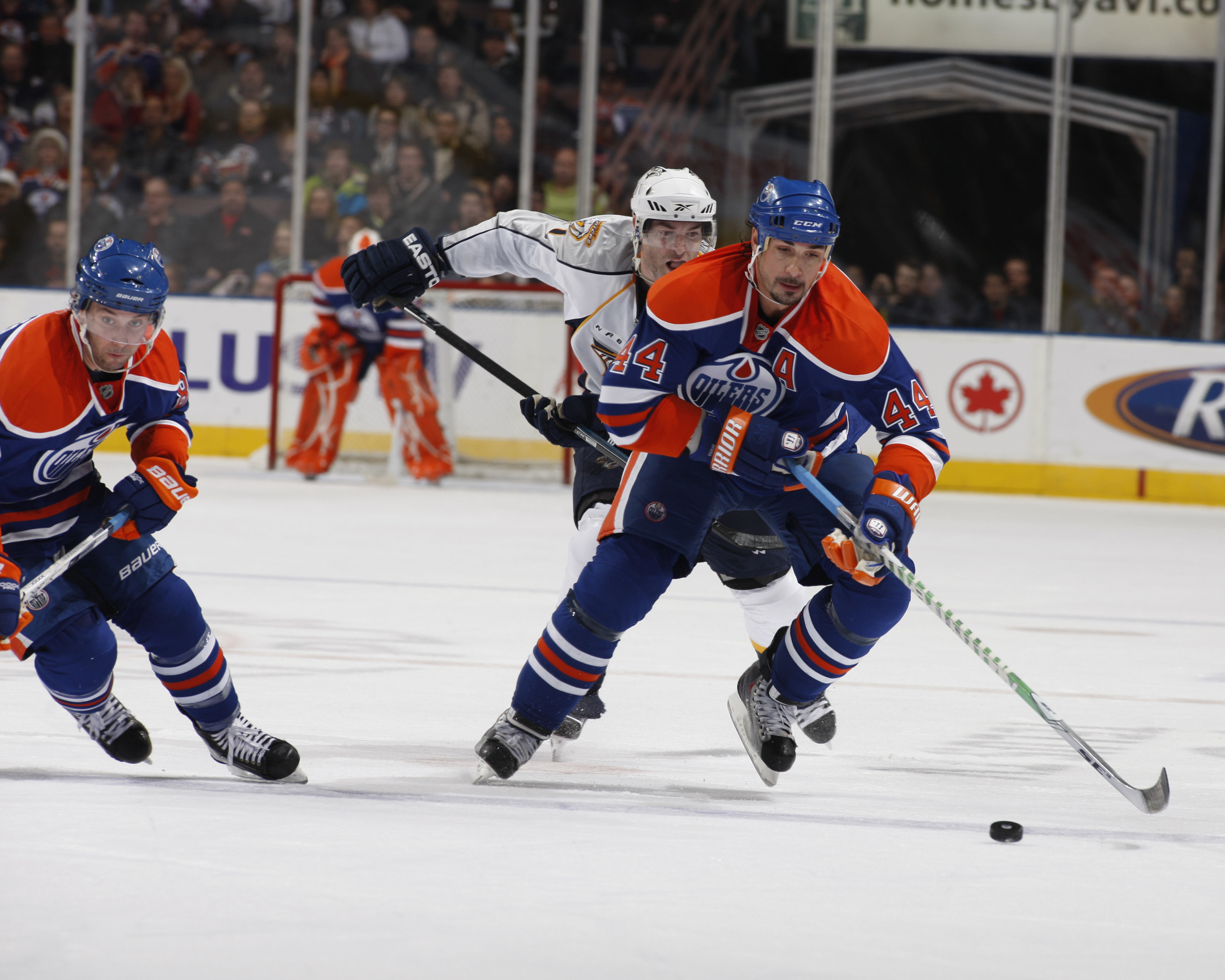 Souray has been toiling in the AHL this season after the Oilers didn't want to deal with his cap hit and his demands to be traded. It looked like the Oilers would have to live with Souray down on the farm, although Matheson wrote that the Sharks might want to take a look at Souray, along with a couple of other defensemen. Souray would help the Sharks' depleted blue line, but he has a high price tag. It'll be interesting to see if any team comes calling. 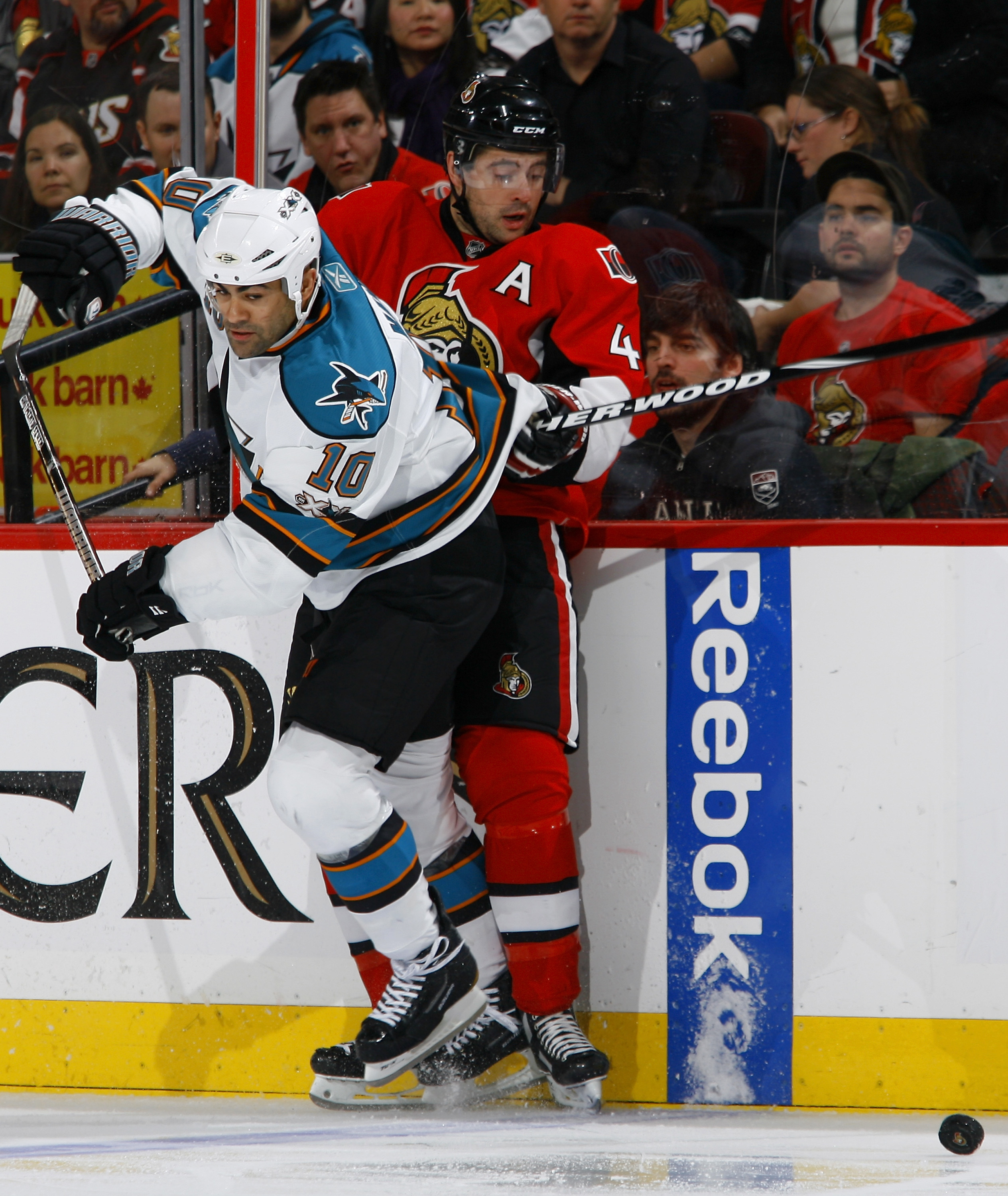 It's pretty clear that Phillips could be the most likely candidate to leave town, and if he's on the move, then San Jose could be interested in him, according to Garrioch. He wouldn't have the offensive jump that Francois Beauchemin would provide, but he'd be a veteran influence who might fill the same role that Rob Blake did for the Sharks. 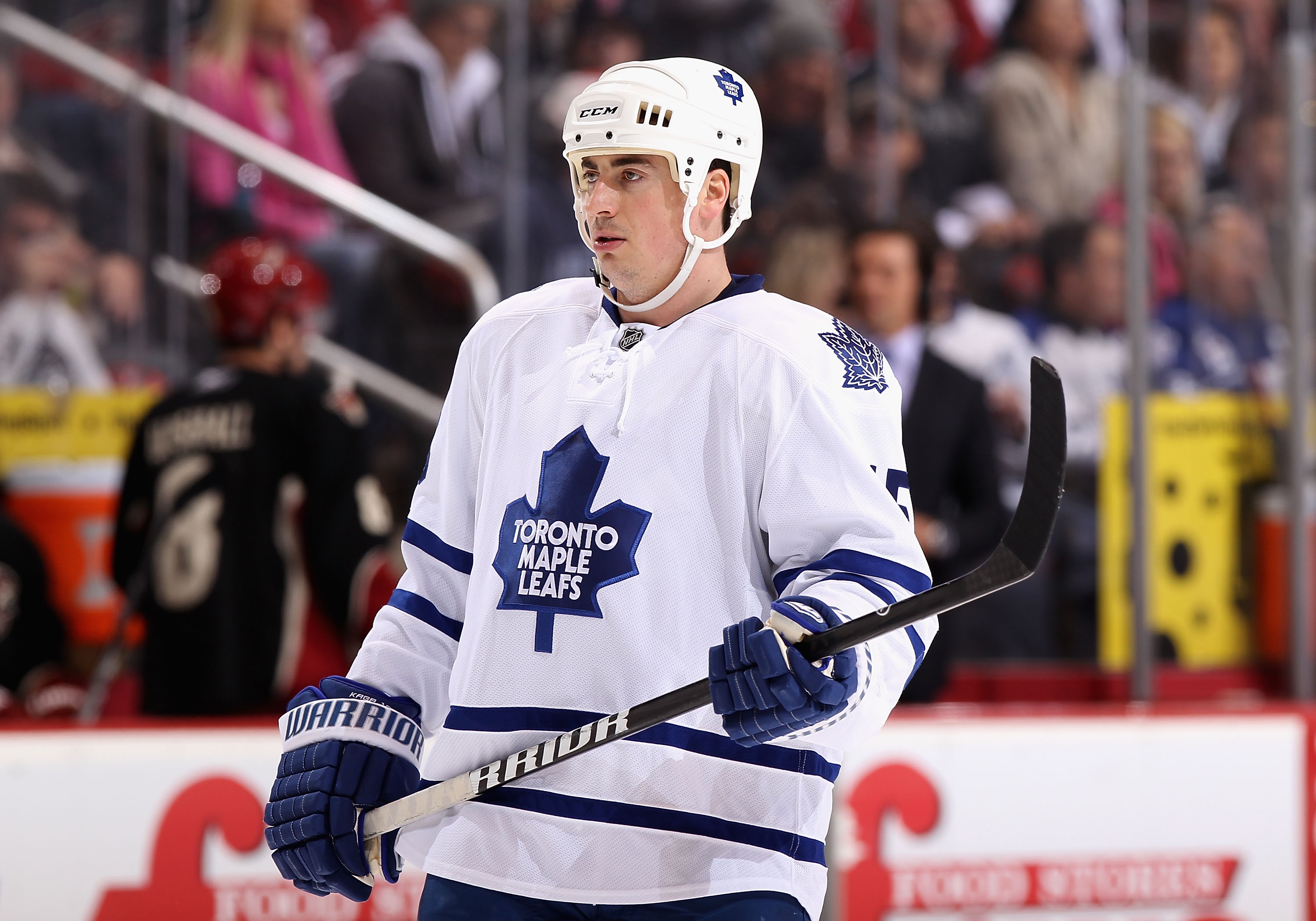 Kaberle hasn't been involved in trade rumors for a while, probably a refreshing change of pace for the defenseman who seemed to be involved in rumors every day last year. Kaberle probably won't be moved now, but he still hasn't escaped the rumors. The Toronto Star reported there was a rumor about Kaberle going to Boston for Blake Wheeler, but that doesn't make sense because of the cap issues for Boston. Garrioch also reported the Sharks might take a look at him, but that seems less likely than Boston.