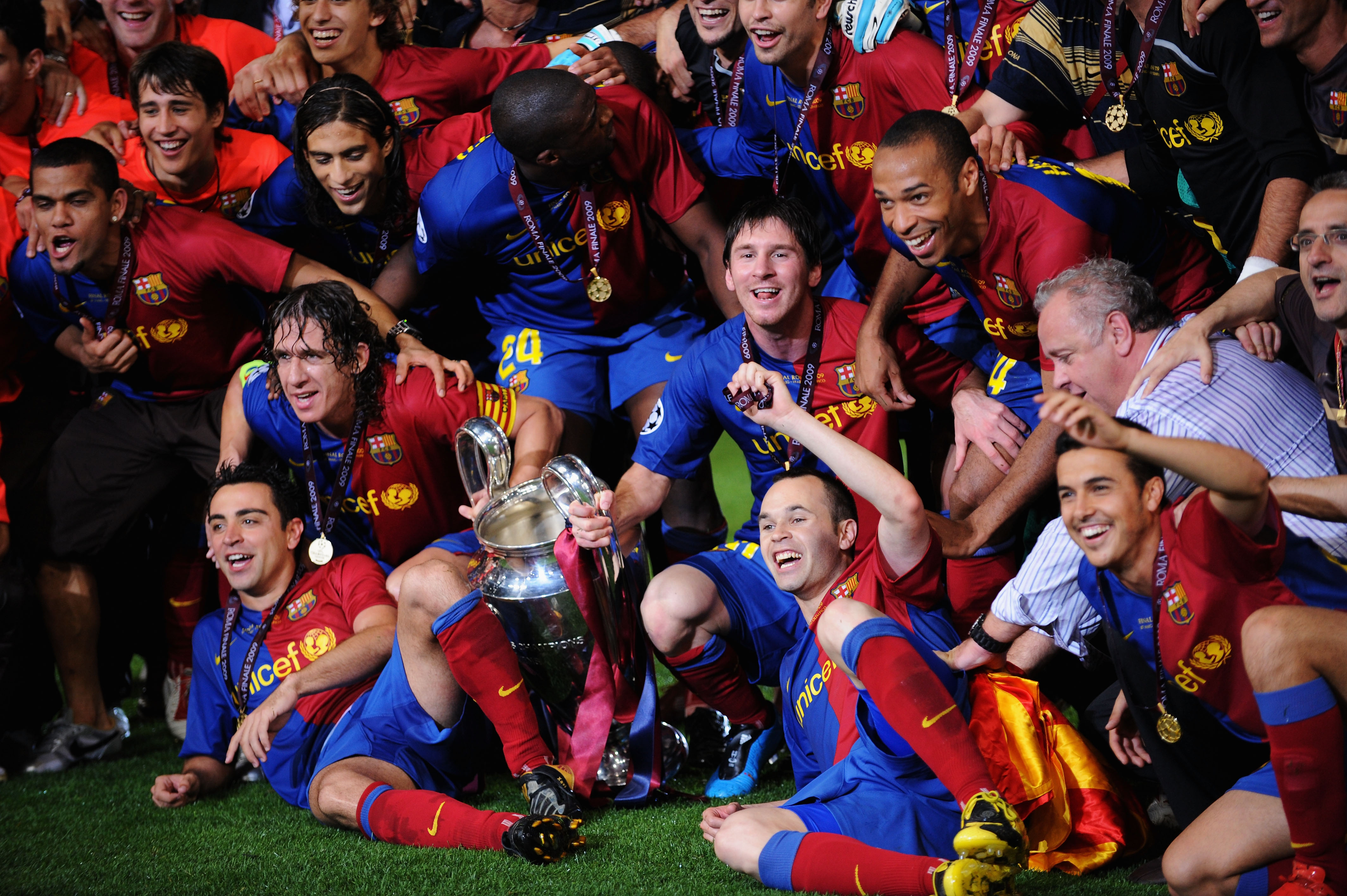 Barcelona are the greatest team in the world.

They are so dominant, so brilliant and their football is so beautiful.

Some have even called them the greatest team in all of history and perhaps rightfully so.

However, many have claimed that Barcelona are cheaters. Some of their greatest moments have been synonymous with poor refereeing decisions and their success is from cheating.

I'm in no way saying this is true, but I though I'd take a look back at some of the most recent and controversial decisions which have favored the Spanish giants in the UEFA Champions League. 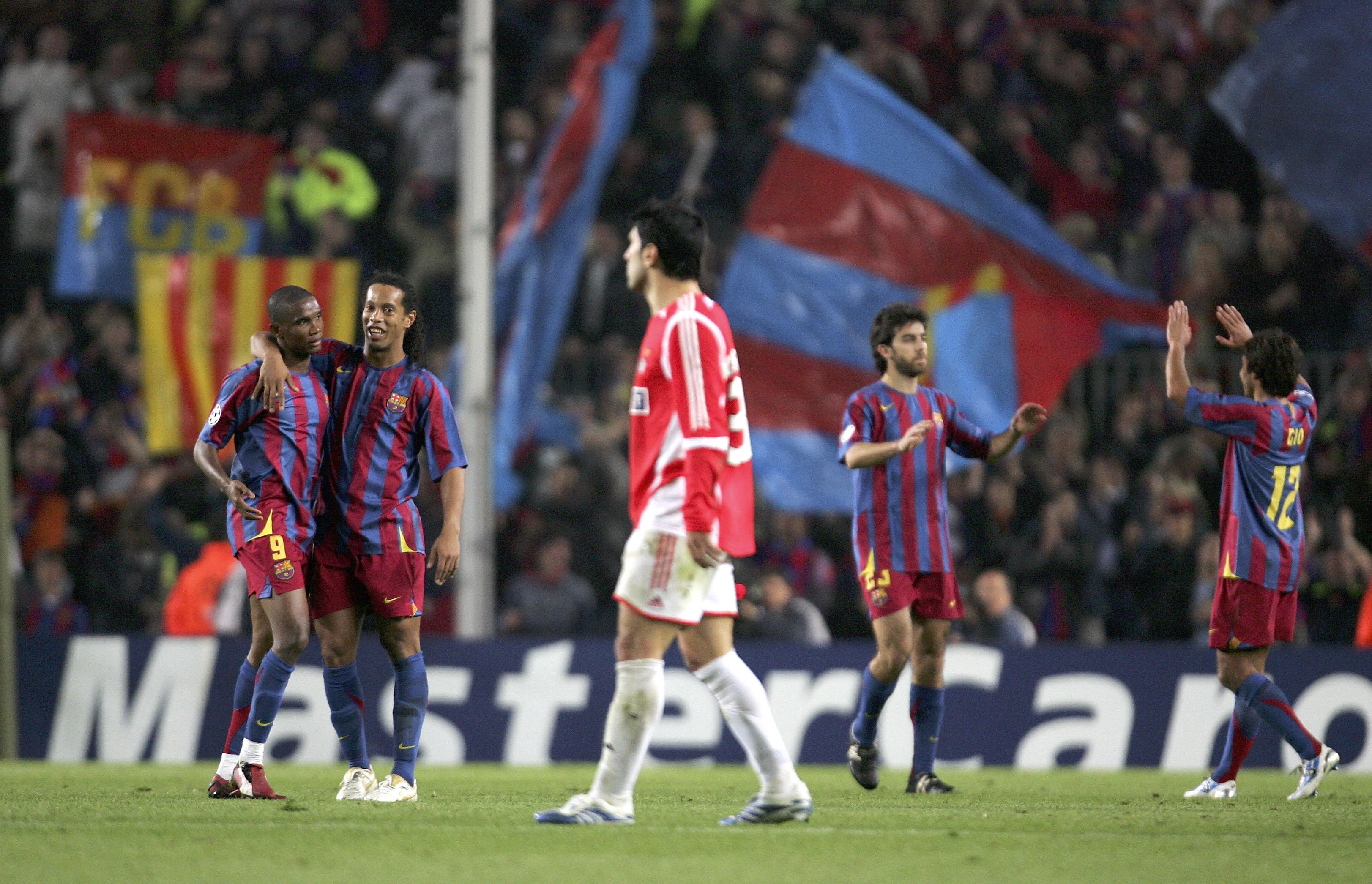 In a match that is probably long forgotten by now, Benfica were playing eventual 2005-06 Champion's League winners Barcelona at home. It was the first leg of the quarterfinals and after beating Manchester United to advance from the group stages and eliminating reigning champions Liverpool, Benfica were going into the match with a lot of confidence.

Should they have scored a goal, they would have went to the Camp Nou with a large advantage over Barcelona, however the Portuguese giants were not awarded two clear penalties. (skip to 2:50 and 3:15)

In one instance, a Barcelona defender clearly handled the ball in the area, however a penalty was not given. Benfica coach Ronald Koeman, a former Barcelona player, commented that had the same happened in the other box, Barcelona would definitely be given a penalty.

As if he spoke the future, a similar incident did transpire in the return leg, however, Ronaldinho failed to convert from the spot. Barcelona would go on to win the match 2-0 though and progress to the next round, before eventually winning the Champions League. 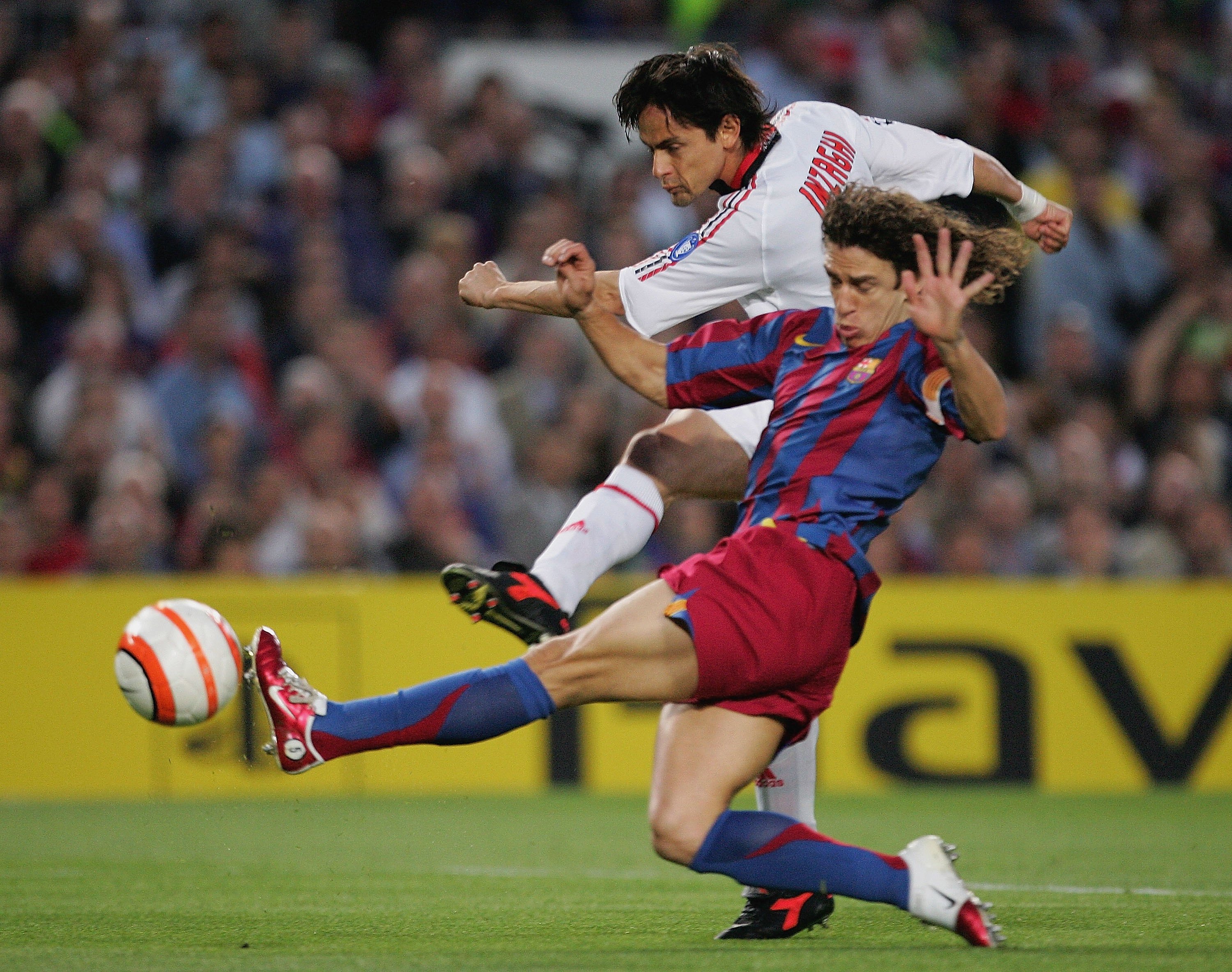 Following their tie with Benfica, Barcelona had a much larger task at hand to eliminate AC Milan and progress to the final.

In the first leg at the San Siro, Barcelona took the aggregate lead through Ludovic Giuly. However, at the Camp Nou, striker Andriy Shevchenko scored a perfectly good goal against Barcelona that should have leveled the aggregate and forced the match into extra time.

It was thrown out though, because Barcelona defender Carles Puyol stumbled a little, making it look as though Shevchenko had intentionally pushed him. It's clear, however, that it was simply a trip and the goal was perfectly good.

However it did not count, so Barcelona would progress to the final. 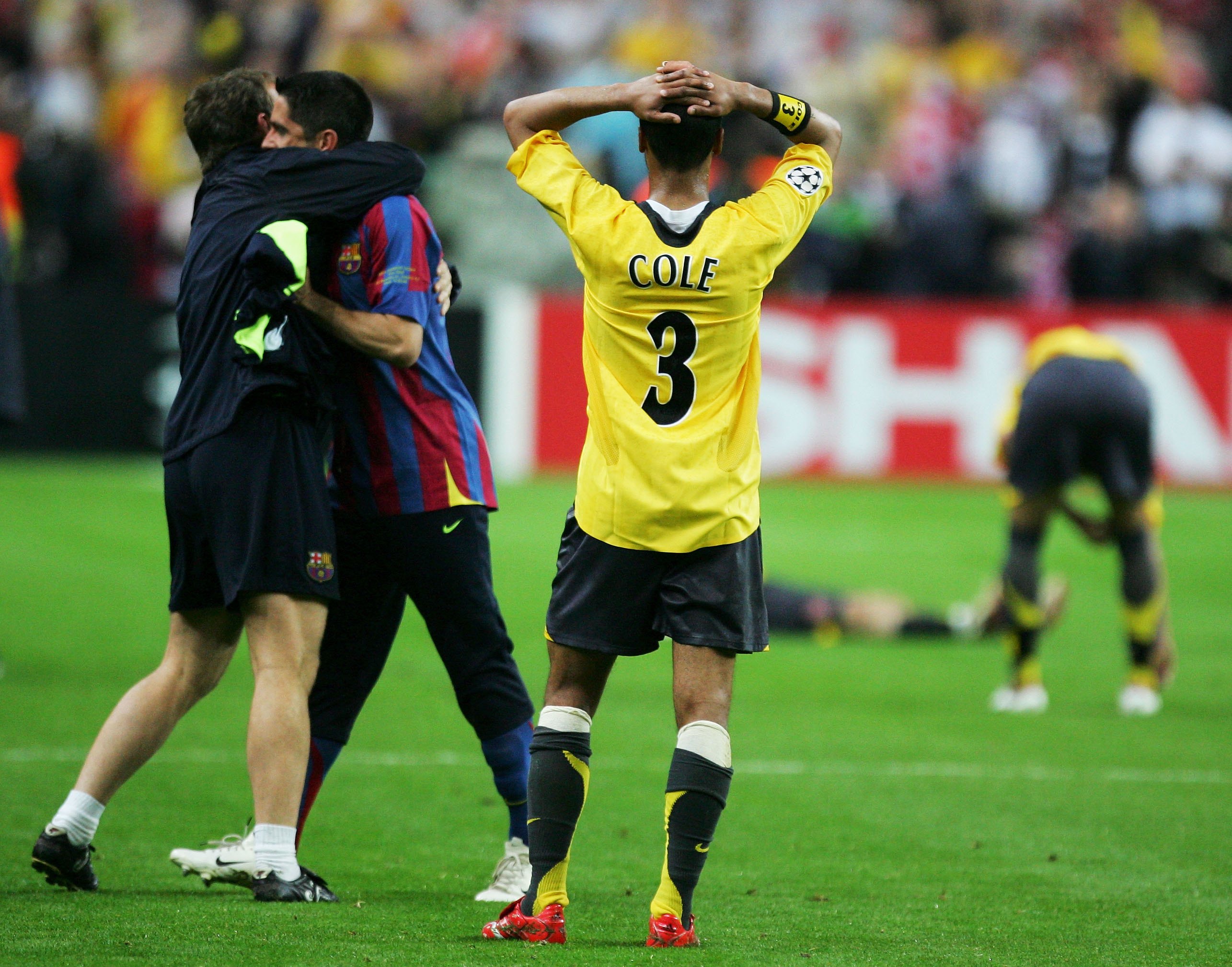 In the final of the 2005-2006 UEFA Champions League, Barcelona were pitted against some tough opposition in Arsenal.

The game was off and all was going well until the 18th minute, when Arsenal's keeper Jens Lehmann was given his marching orders for a foul on Eto'o.

The striker had been sent through on goal, but was brought down by Lehmann on the edge of the box. The ball rolled away and a Barcelona player ended up slotting one home, however, the goal didn't stand and the keeper was given a red card.

It may not seem like Barcelona profited from this call, however, many Barcelona players ran up to the ref even after the goal was scored in hopes of getting the numerical advantage.

The referee listened and indeed, Arsenal had to sacrifice Robert Pires for Almunia to come on and La Blaugrana would go on to win 2-1. 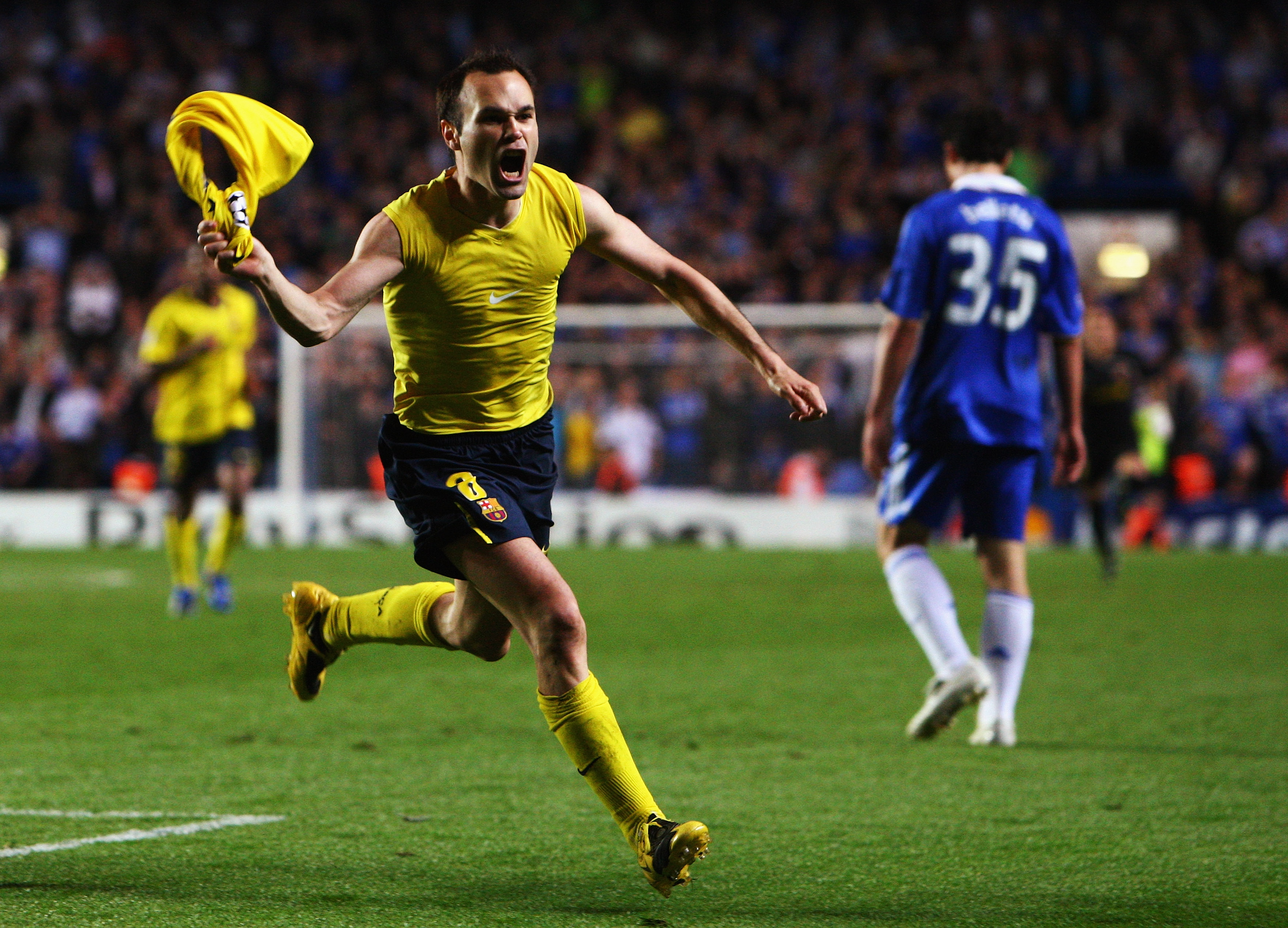 Barcelona and Chelsea's semifinal match in the 2008-09 Champion's League season will likely go down as one of the most controversial matches of all time, and rightfully so at that.

With the aggregate at 0-0 following a match at the Camp Nou, Barcelona needed at least a 1-1 draw to progress. That was the exact result the club got, as Andres Iniesta scored a late goal that would see them through, however, this didn't come without controversy.

Referee Tom Henning Øvrebø denied Chelsea what they believed were five legitimate penalty claims, with fouls on Florent Malouda and Didier Drogba on two occasions, as well as handballs in the area from Gerard Pique and Samuel Eto'o.

None of the penalties were given and Barcelona would advance to the finals, where they beat Manchester United 2-0. Chelsea had faced the same opposition in the previous year's final and many believed that the game was fixed to prevent an all-English final for the second year in a row. 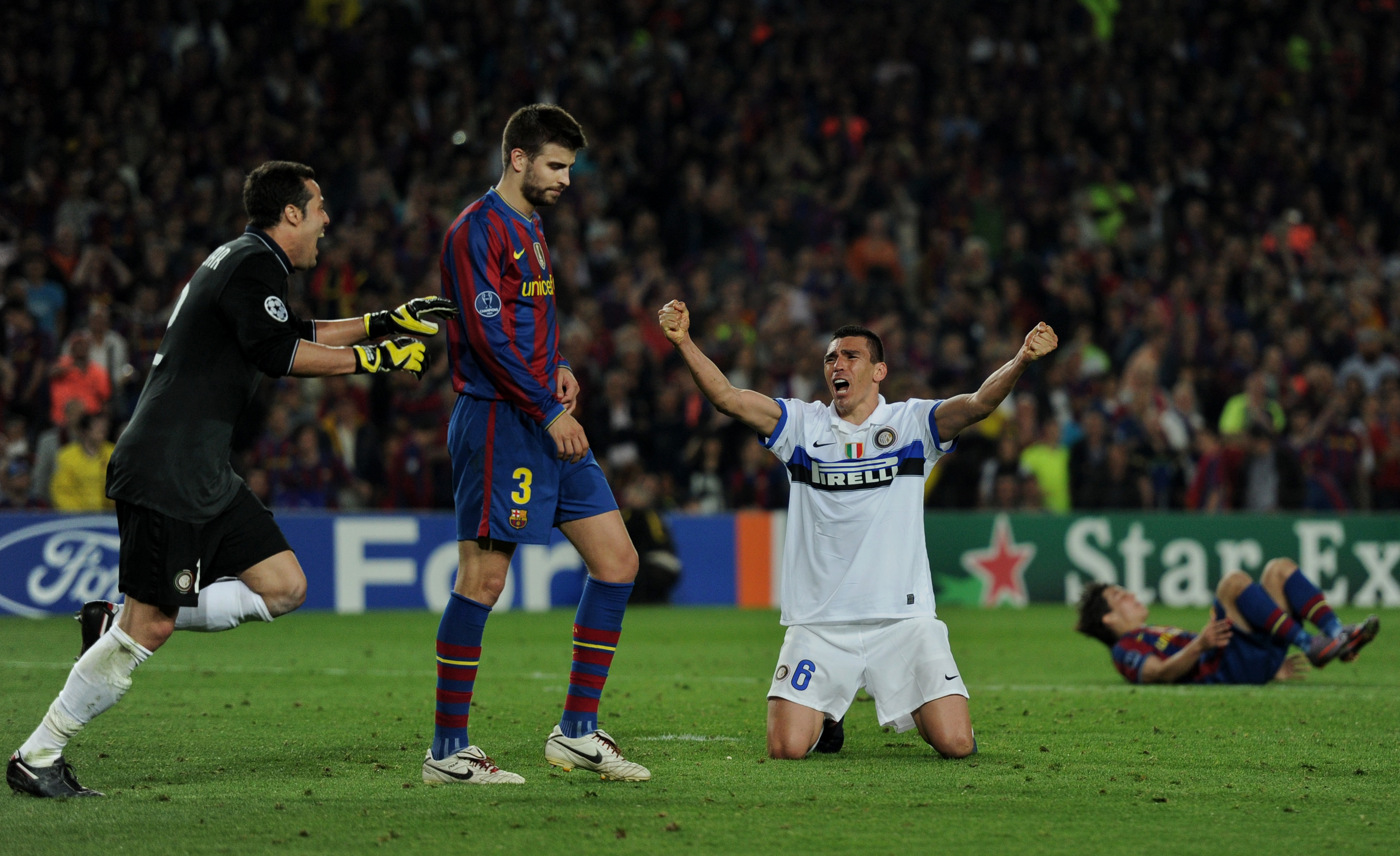 In what was yet another shady semi-final incident involving Barcelona, the reigning champs were faced with the difficult task of ousting Jose Mourinho's resilient Inter Milan side.

After a shocking 3-1 defeat at the San Siro, La Blaugrana needed to win by at least 2-0 if they had any chance of playing in the final.

The game was underway and having already picked up a yellow card, Inter's Thiago Motta was handed a straight red following his stray arm to the face of Sergio Busquets.

However, it was clear the Busquets wasn't quite hit in the face, but his bit of acting was enough to see Barcelona gain a man advantage.

They could not make the best of this though, as they would go on to lose 3-2 on aggregate while Jose Mourinho and Inter claimed European glory.

In what is the most recent scandal involving Barcelona, and perhaps one of the more noteworthy, Arsenal had their star striker sent off for shooting after the offside whistle had blown.

Already on a yellow card, Robin van Persie received the ball in an offside position, and he failed to hear the referee's whistle over the crowd of more than 100,000 fans, shooting the ball in what the referee thought was an attempt to waste time.

The referee then gave him a second yellow card, reducing Arsenal to 10 men for the final 25 minutes and in that time, Barcelona would go on to score twice, enough to help them advance to the next knockout round.

In another instance, Barcelona defender was seen choking Van Persie, however, the offence which should have seen a red card went unnoticed, while Arsenal's chances of progression were sent off with Van Persie for a stupid and unacceptable booking. 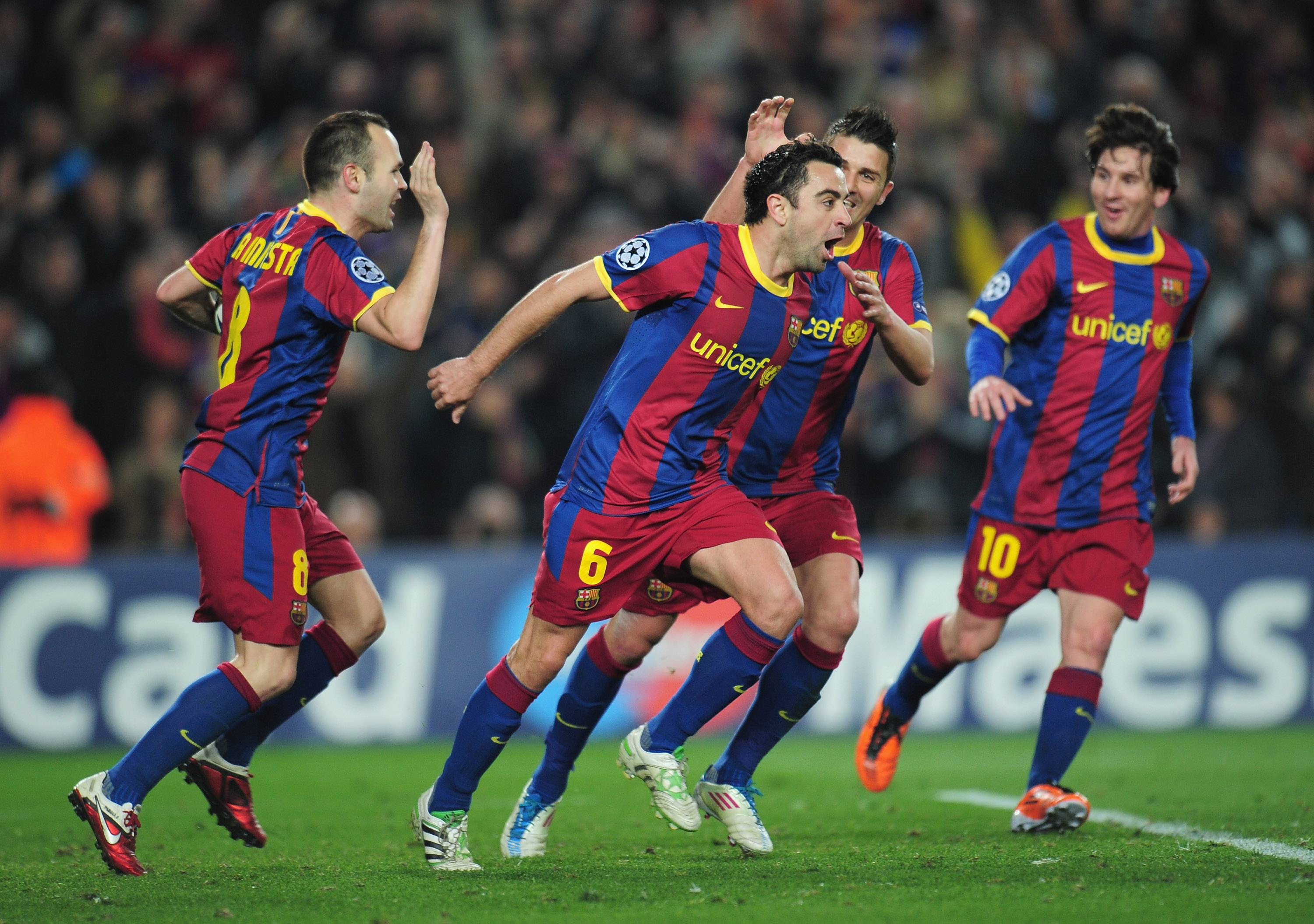 The moral of this story isn't that Barcelona are cheaters and that their success is built around poor referee calls. If anything, they are still the best team in the world without the shadow of a doubt and perhaps one of the greatest to ever grace football fields in all of history.

The moral of this story is that big teams do get the calls, and that isn't fair. I could do the same slideshow with last season's champions Inter Milan or Real Madrid or Manchester United or a number of other clubs.

Corruption is ever present in UEFA and FIFA and something must be done to stop it! I will leave you at that and hope you realize that soccer isn't quite the beautiful game it's cut out to be.