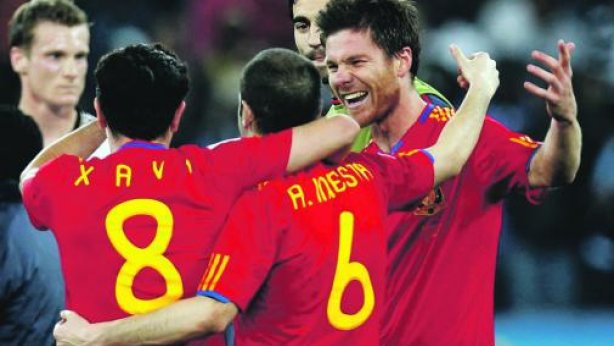 2010 was one of the best years in the entire history of football, and a year which many have gone on to dub the "year of the midfielder."

Some of the best players of the year were midfielders, among them Xavi, Iniesta, Sneijder, and a number of others.

Xavi and Iniesta, both midfielders, were commended for their performances by being finalists for the 2010 Fifa Ballon d'Or. This marked the first time in five years that the three-player shortlist contained at least two midfielders.

But make no mistake, midfielders have always been an important part of the game. They link the defense with the attack, and try to provide a little of both to the team. Sometimes they are the engine of a team, and sometimes they are that extra little creative spark.

Let's take a look at the 10 players who have earned their title as some of the world's best. 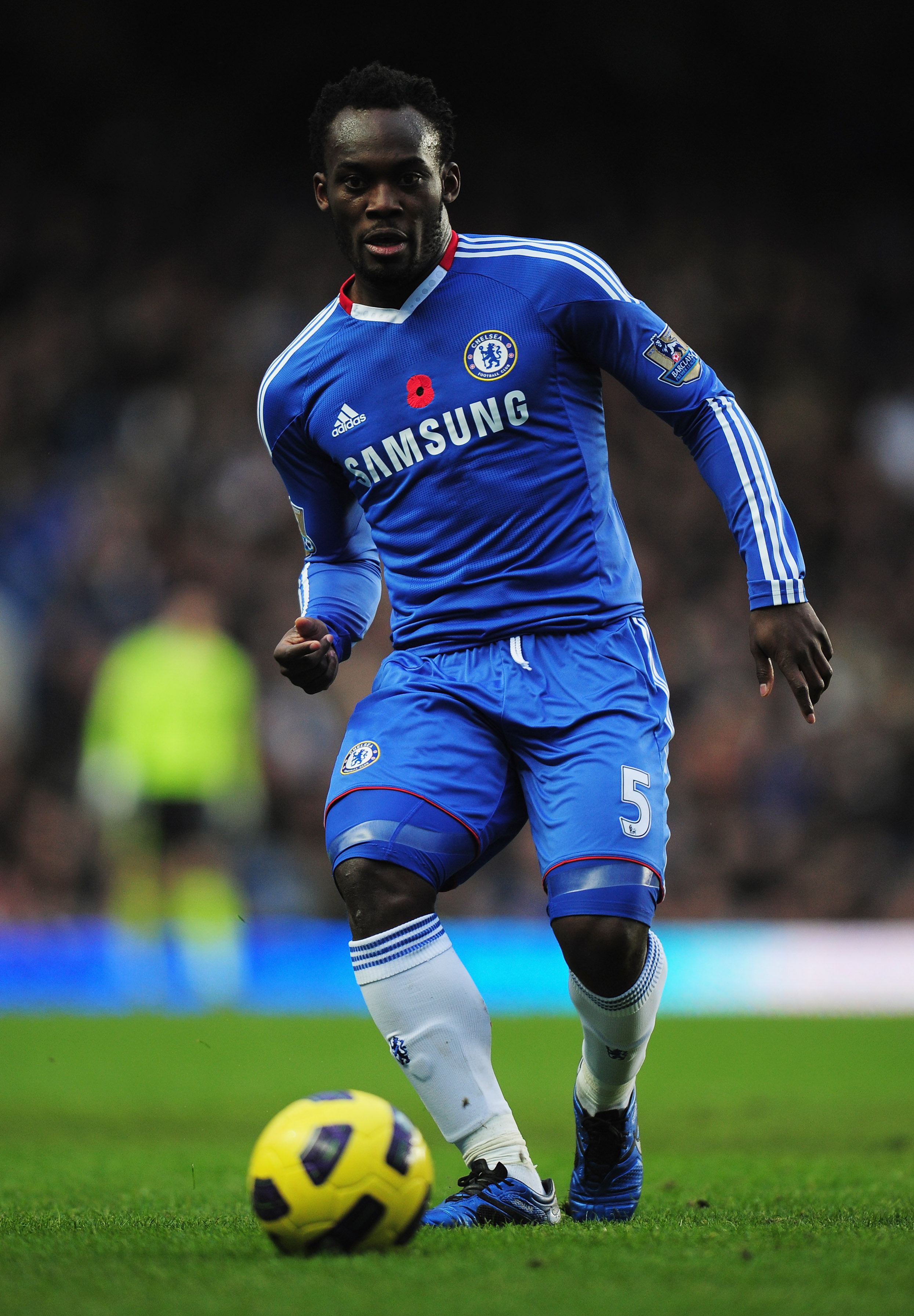 On his day, Michael Essien is undoubtedly the best defensive midfielder in the world.

The 28-year-old Ghanaian makes large contributions on the defensive and attacking ends, playing in any position from centre back to central midfielder.

He is also known for having a extremely powerful shot, and scoring a handful of beautiful goals.

Despite a recent drop in form, Essien is still a vital part of Chelsea's squad and one of the world's best midfielders. 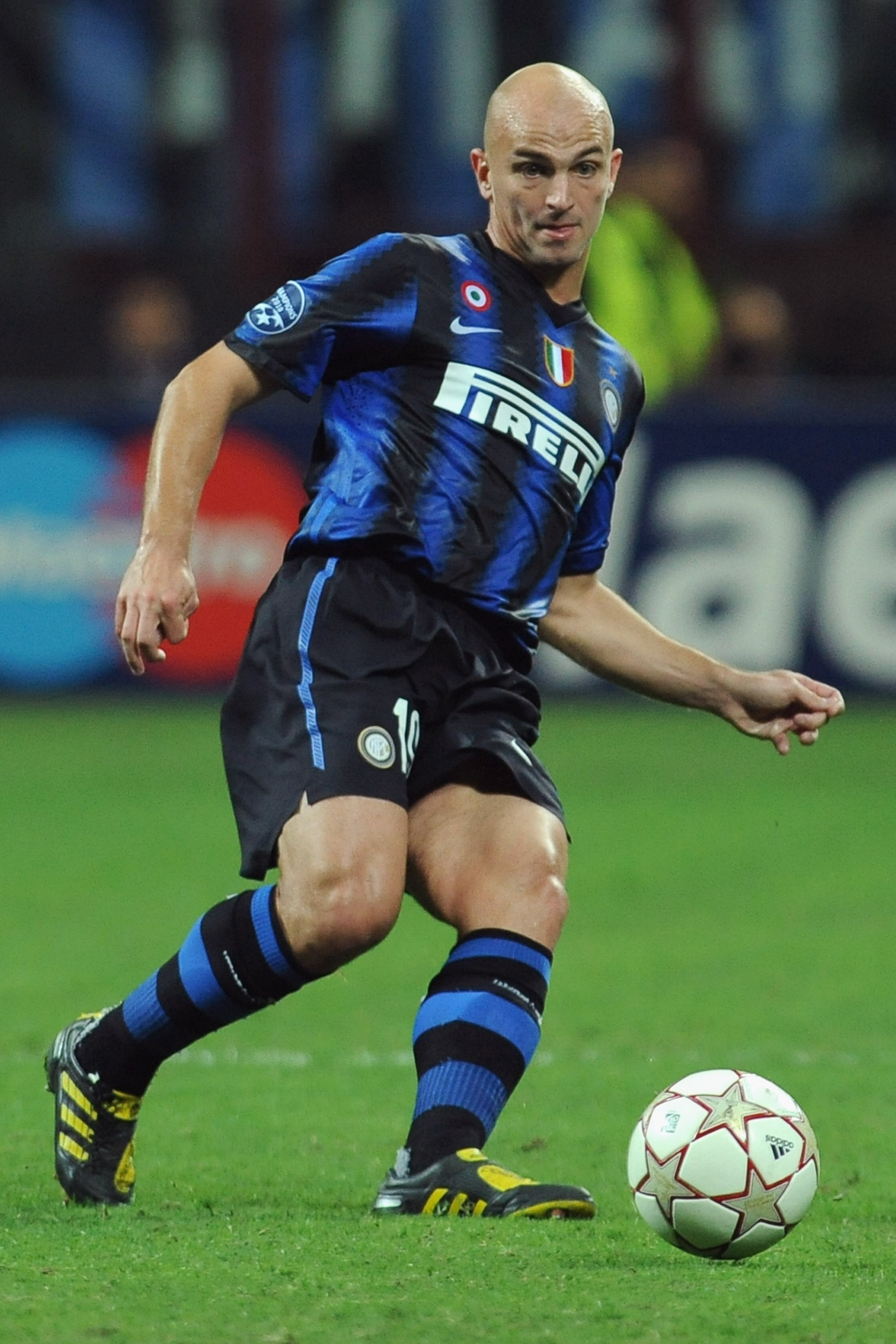 While he isn't the most appreciated football player in the world, Esteban Cambiasso has proven how valuable he really is with his recent performances.

A defensive midfielder with an eye for goals, he is a very productive distributor of the ball and a great tactical minded player.

Cambiasso is a great defender and is a very talented tackler, and what he lacks for in physicality he makes up for with great positioning and tactical awareness.

He played an important part in Inter's treble winning season, but was left out of Argentina's national squad. 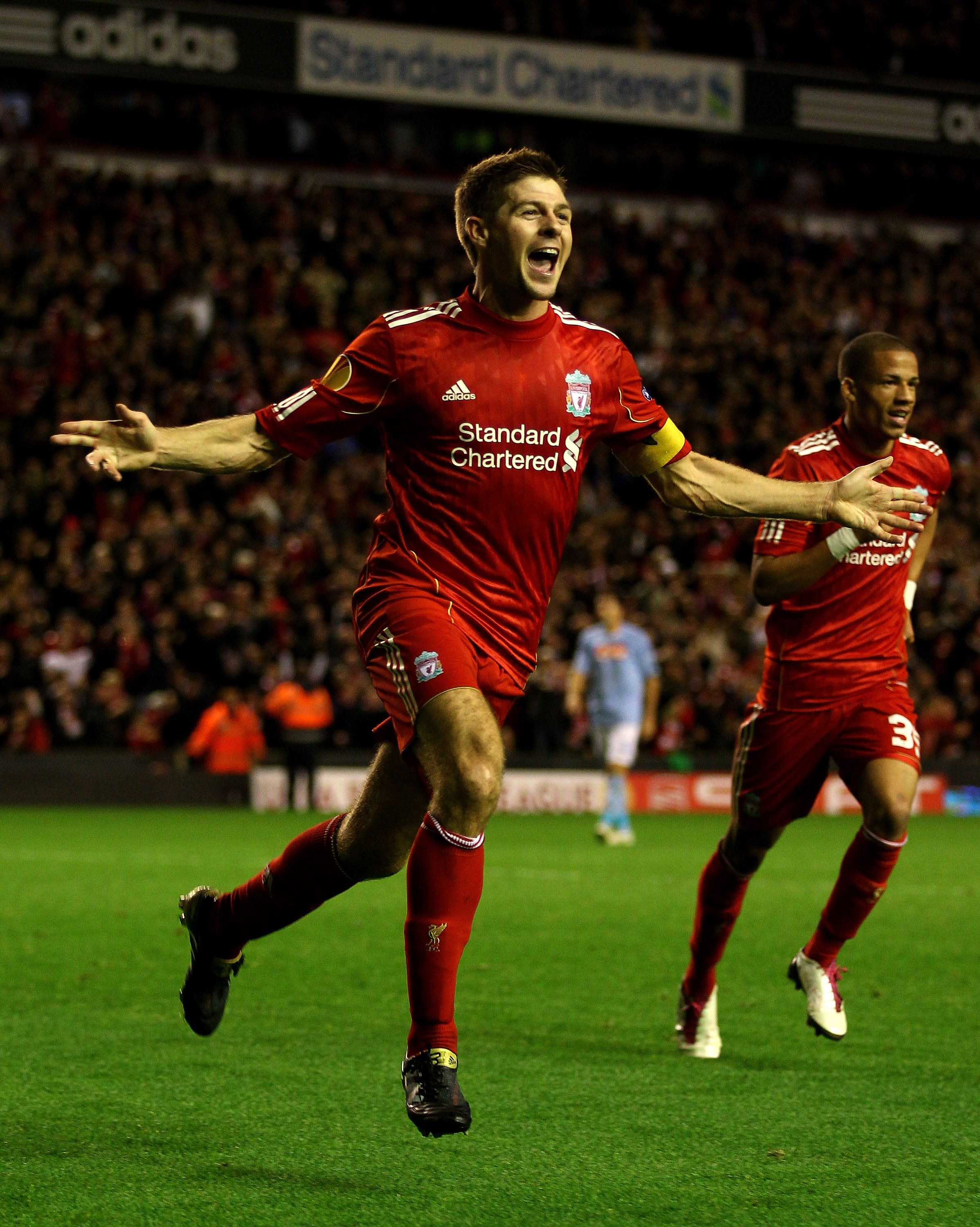 Steven Gerrard is a player who will go down in history as one of the greatest midfielders of all time, and while critics say the 30-year-old's career is coming to a close, he keeps proving them wrong with his spectacular performances.

Gerrard mainly plays as an attacking or central midfielder, and is regarded as the most complete midfielder in the modern game.

He does great to assist teammates and score goals, but is also a valuable defensive asset, tracking back and stopping opposition attacks.

The Englishman's never say die attitude and natural leadership make him one of history's greatest players. 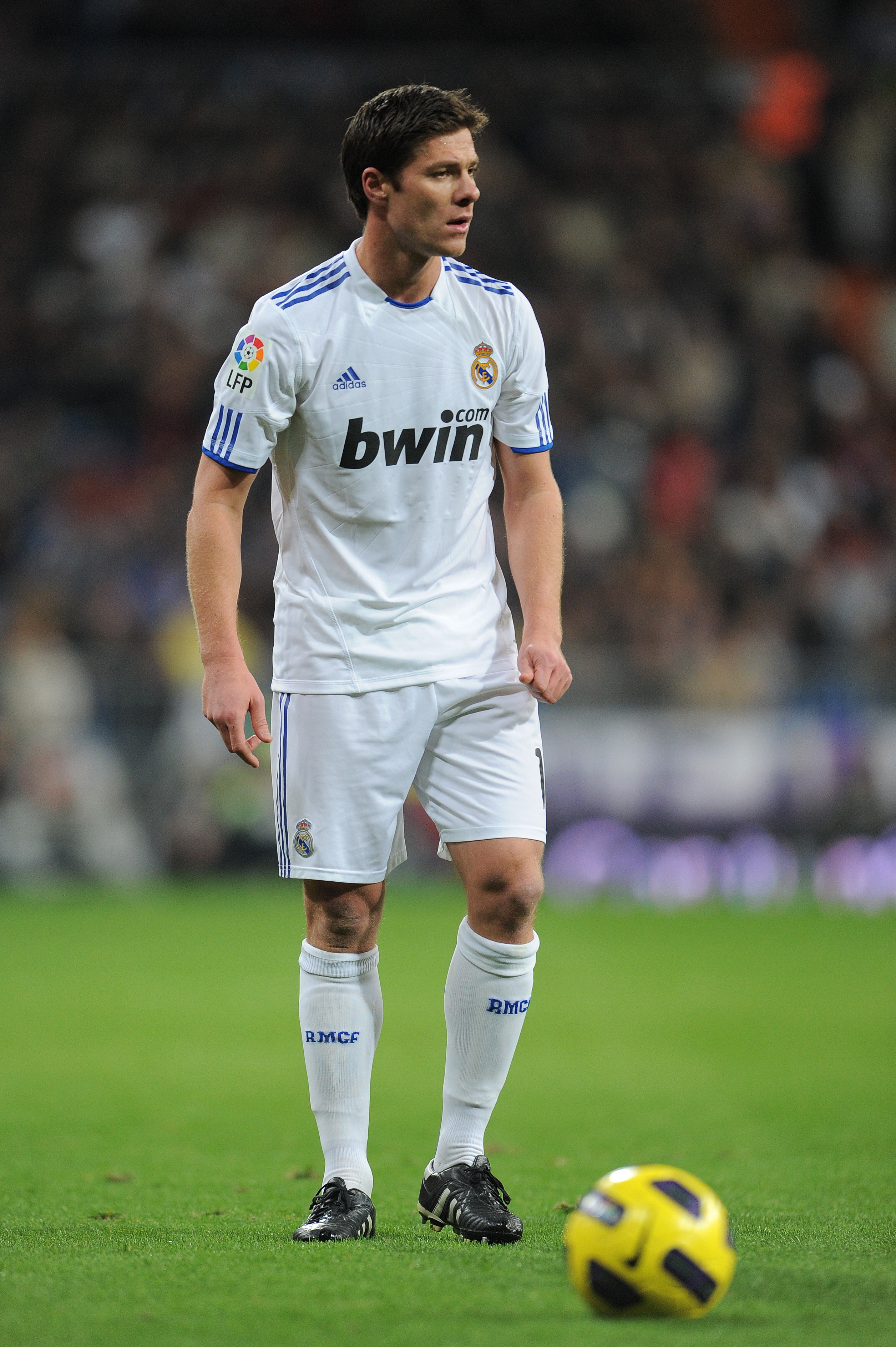 A deep-lying playmaker, Xabi Alonso is the engine of Real Madrid and just one of Spain's extremely talented midfielders.

He doesn't contribute many goals, but is a deadball specialist and a proven striker from distance.

He isn't a flashy player, but his hardworking attitude and vision are what make him so very talented. 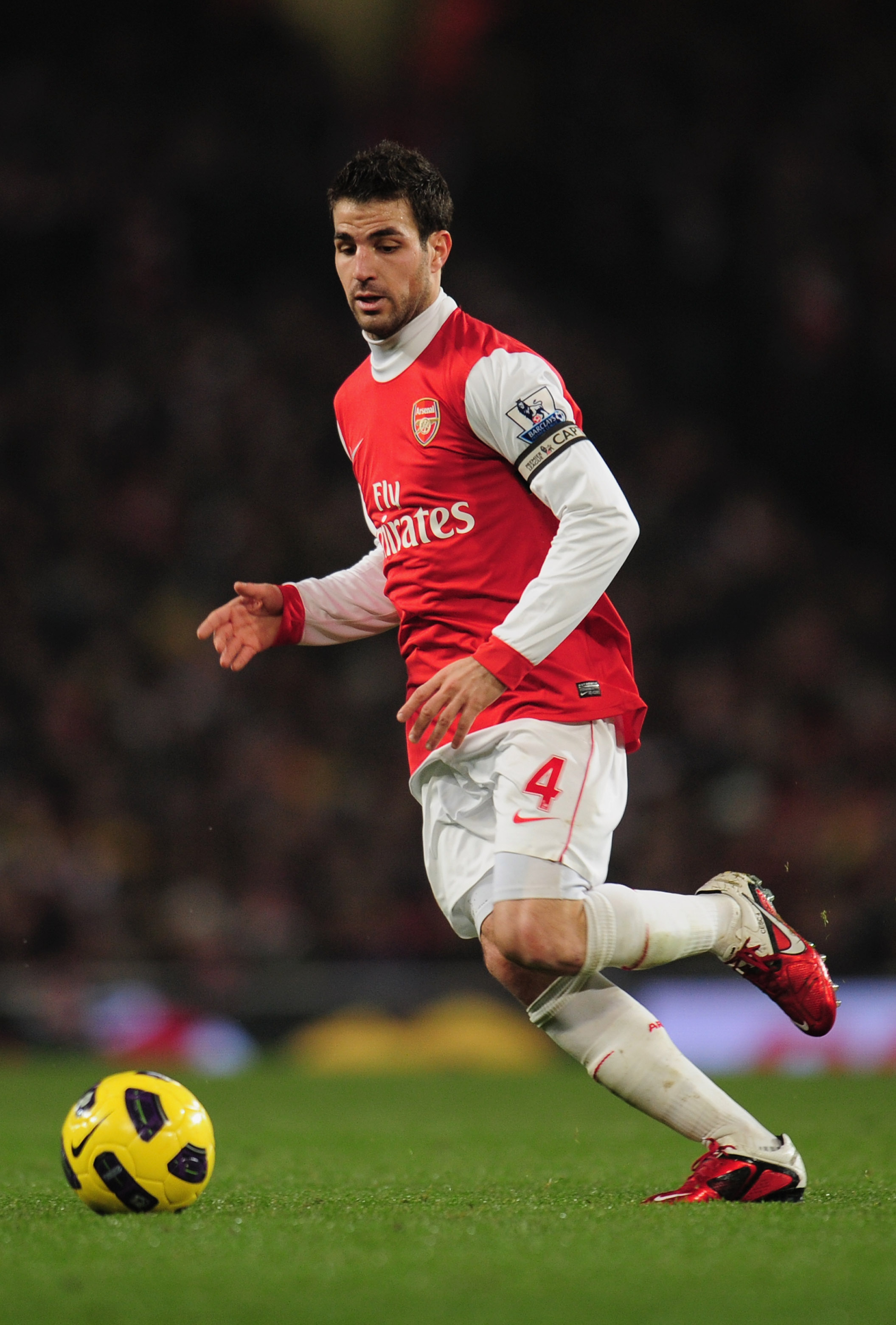 At only 23 years old, Cesc Fabregas has already cemented his place as one of the finest midfielders in world football.

An attacking or central midfielder, the Arsenal skipper is a wonderful playmaker who has been likened to fellow Spaniard Xavi. He is blessed with a unbelievable passing range and great vision and creativity.

He is also a free kick and penalty specialist, something which has helped him emerge as a consistent assister and scorer of goals. Last season he set up and scored 19 goals in 36 matches. 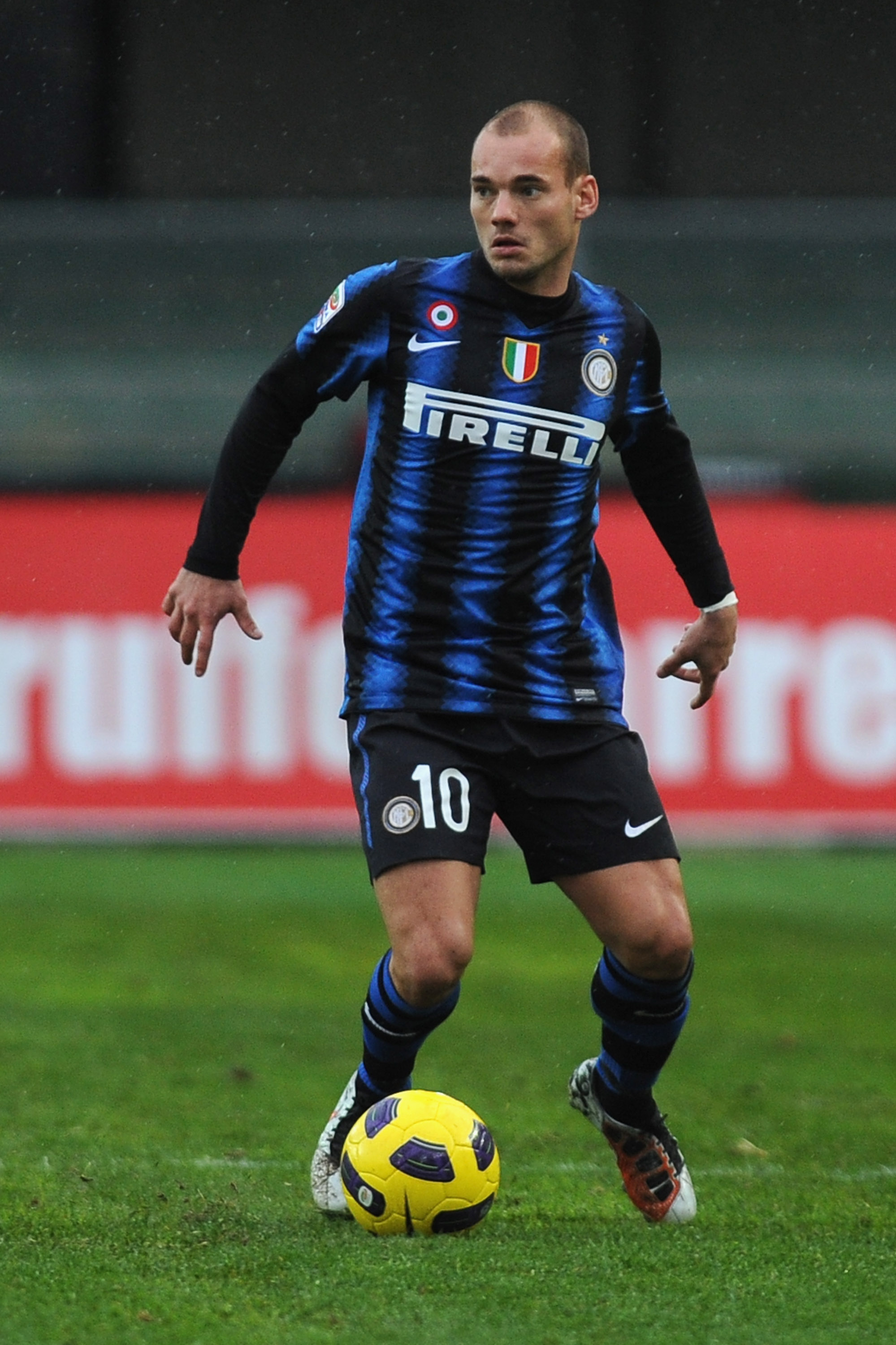 Despite a recent drop in form, Wesley Sneijder is still on of the world's most adept attacking midfielders.

Sneijder can pride himself in his exceptional passing abilities and fine playmaking.

He also has exceptional shooting with either foot, and helped Inter claim the treble last season as well as helping the Netherlands to the World Cup final. 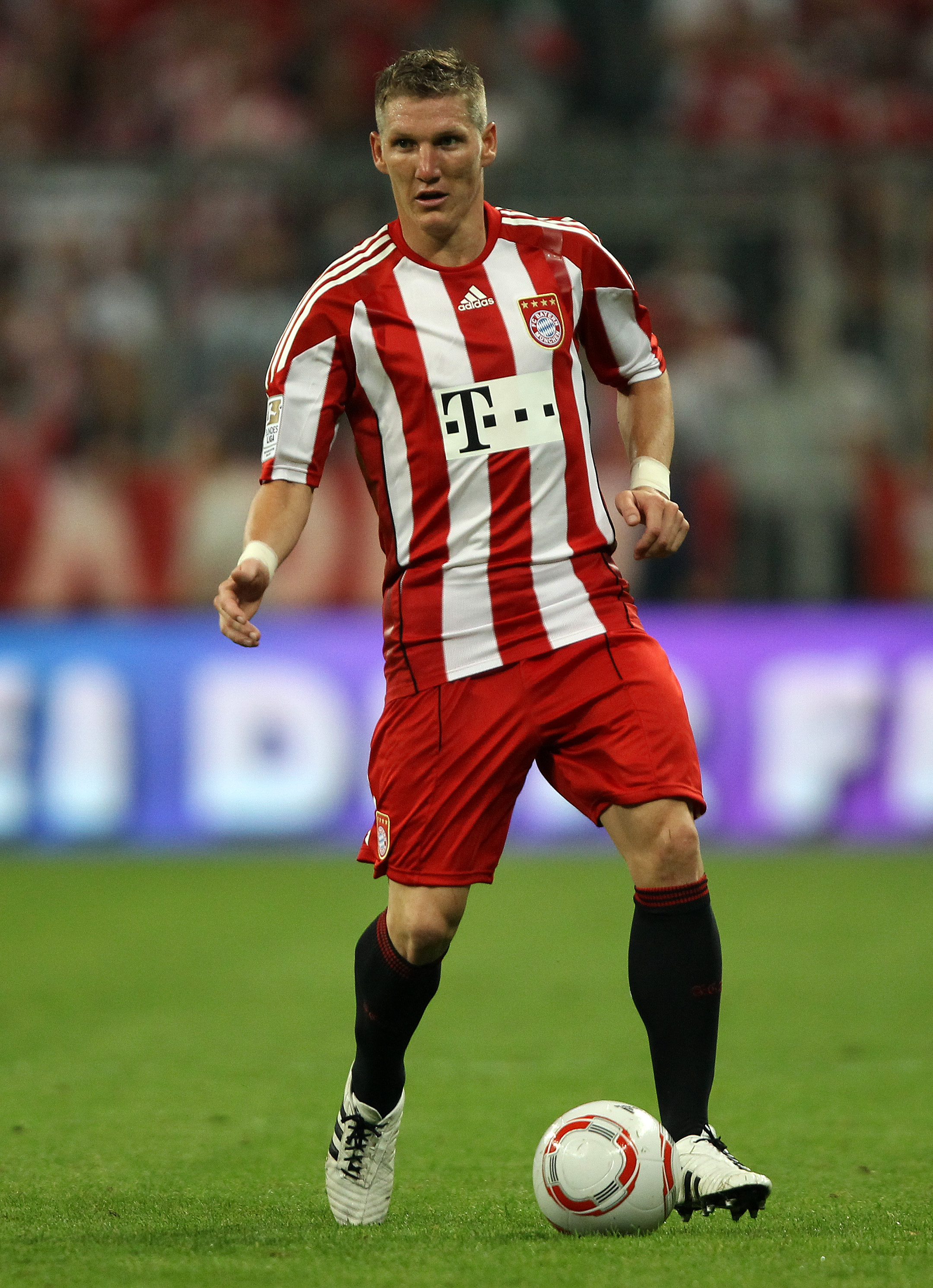 Bastian Schweinsteiger is a flexible player who can play on either wing, but excels most when utilized as a midfielder.

His brilliant passing skills and defensive capabilities have aided both club and country and seen Schweinsteiger emerge as one of the world's top players in just one year.

"Schweini" mainly operates as a defensive midfielder, but can also take up a more advanced position and create opportunities for teammates, while still keeping a strong eye for goal.

At 26, his career has started a little late, but he still has a bright future ahead of him with Bayern Munich and the German national team. 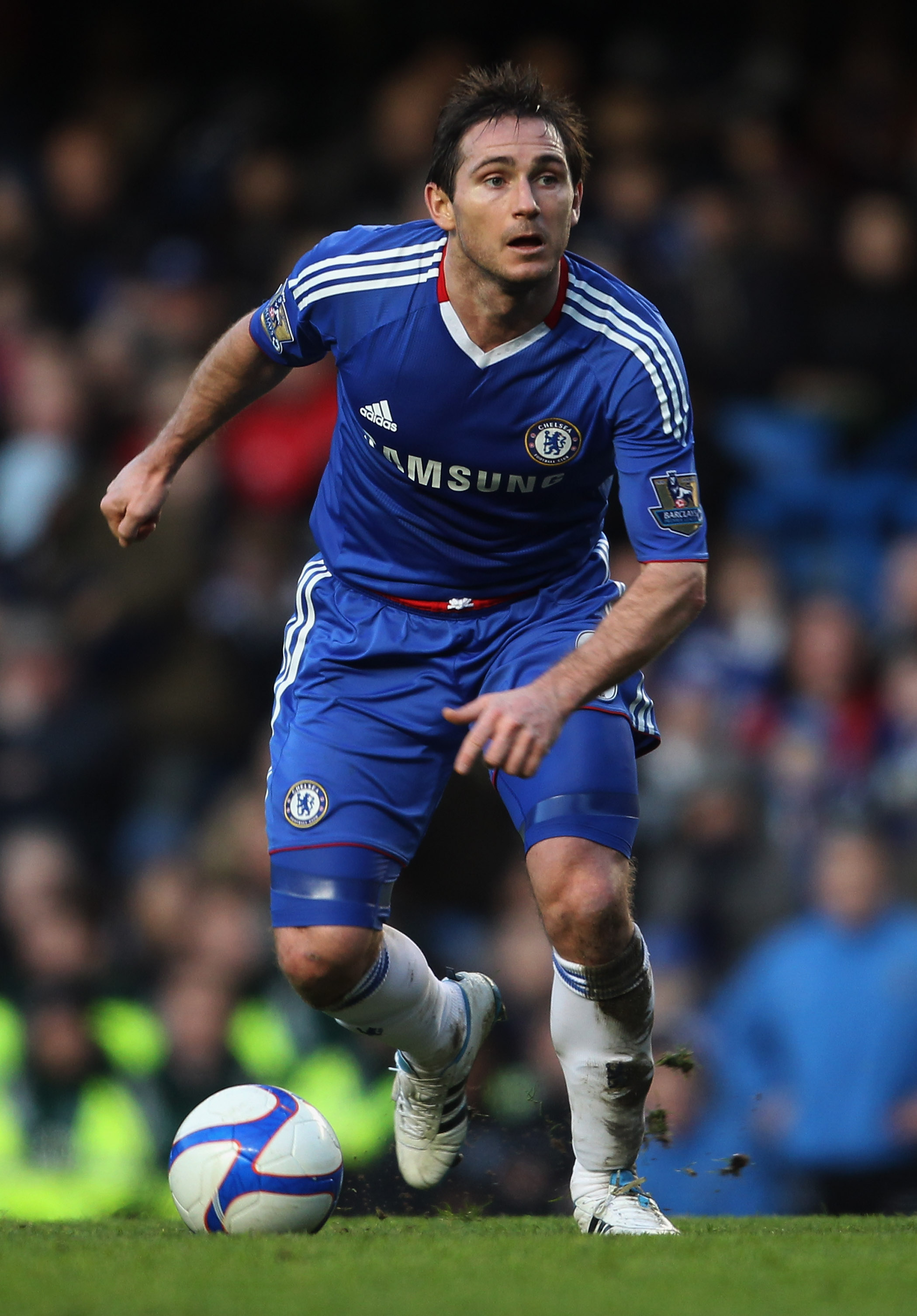 Frank Lampard is a hard working box-to-box midfielder, but what makes him a really special player is his unmatchable work rate.

Already 32, Lampard has been one of Europe's most consistent players for seven years now.

In his last seasons with Chelsea, he scored 27 goals and assisted 20 in 50 matches, operating as a central or attacking midfielder. For any midfielder to do all that is unbelievable.

He is an excellent passer and a deadball specialist, and he has recently returned from injury and been one of Chelsea's only hardworking players despite a recent streak of bad results. 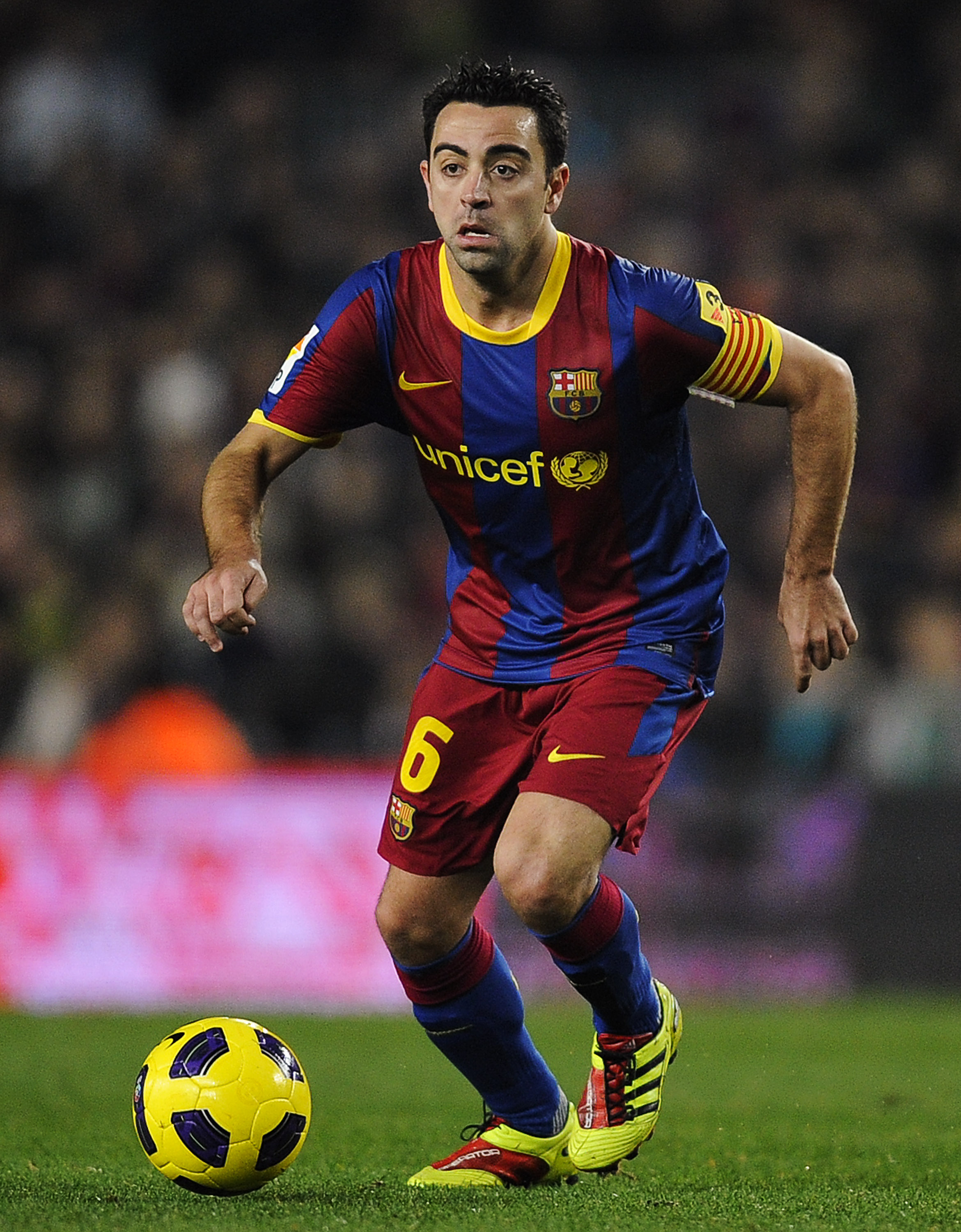 Xavi is undoubtedly one of the best central midfielders in modern football and perhaps footballing history.

He is the engine of Barcelona and Spain's teams, able to control the tempo of a game and dictate play with his passing skills.

The 30-year-old is the ultimate playmaker, with brilliant vision and the ability to take freekicks as well. He usually attempts and completes over 100 passes a game, which definetely hands him the title of the world's best passer.

He also has the occasional eye for goals, but really prides himself in setting up his teammates.

Xavi played an important role in Spain's Euro 2008 and World Cup 2010 triumphs, and was recognized for his hard work as one of the finalists of the 2010 Fifa Ballon d'Or. 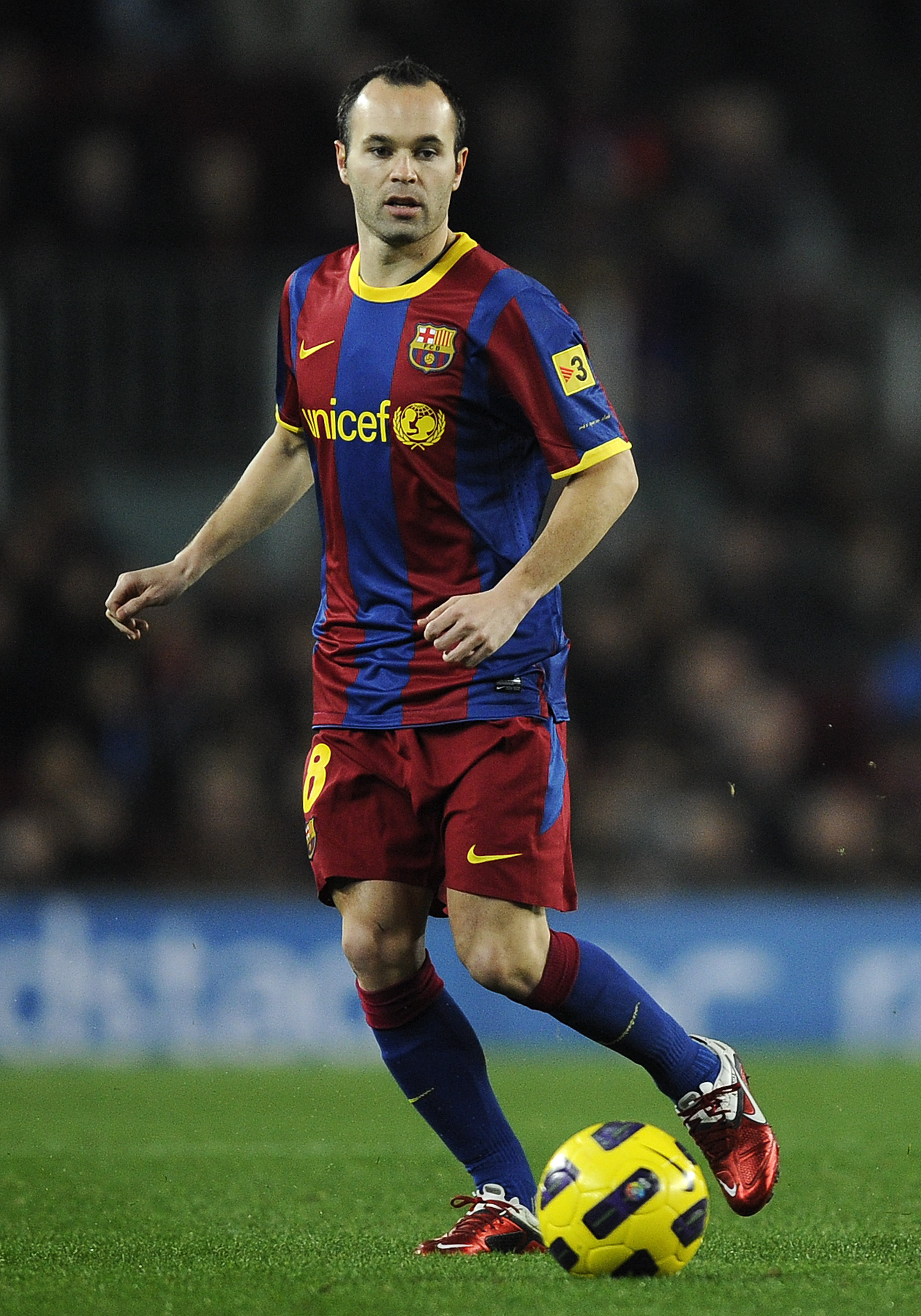 Iniesta is an extremely talented midfielder. He is blessed with wonderful skills and great ball control.

Iniesta is an extremely creative player and a wonderful passer of the ball, but he also has an eye for goals and is having the seasons of a lifetime for Barcelona.

He helped lead Spain to glory in the 2010 World Cup, scoring the game winner in the final, and was one of the finalist for the 2010 Fifa Ballon d'Or. 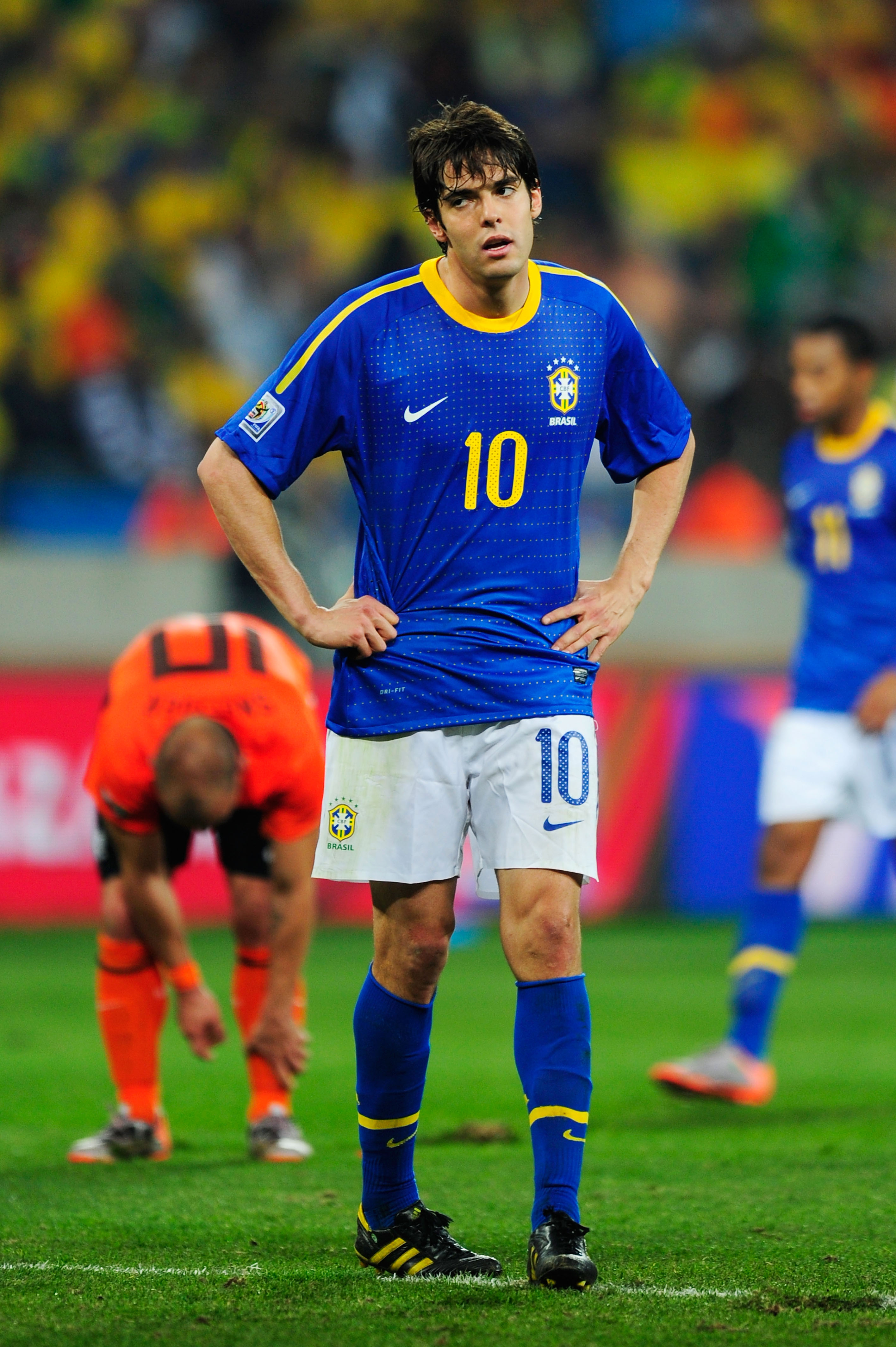 Kaka, an attacking midfielder, has recently returned to Real Madrid after injury, but still has a long way to go before he can reclaim his spot on this list.

Samir Nasri and Mesut Ozil are both talented young attacking midfielders, playing for Arsenal and Real Madrid respectively, but they seem to drift away in big games, and face stiff competition for starting places in their world class teammates.

Yaya Toure, a defensive midfielder who has started to play in a more advanced role, is having a good season with Manchester City, but just misses the list.

Daniele de Rossi is a great defensive midfielder who can contribute to attack and defense for AS Roma, but just misses the list.