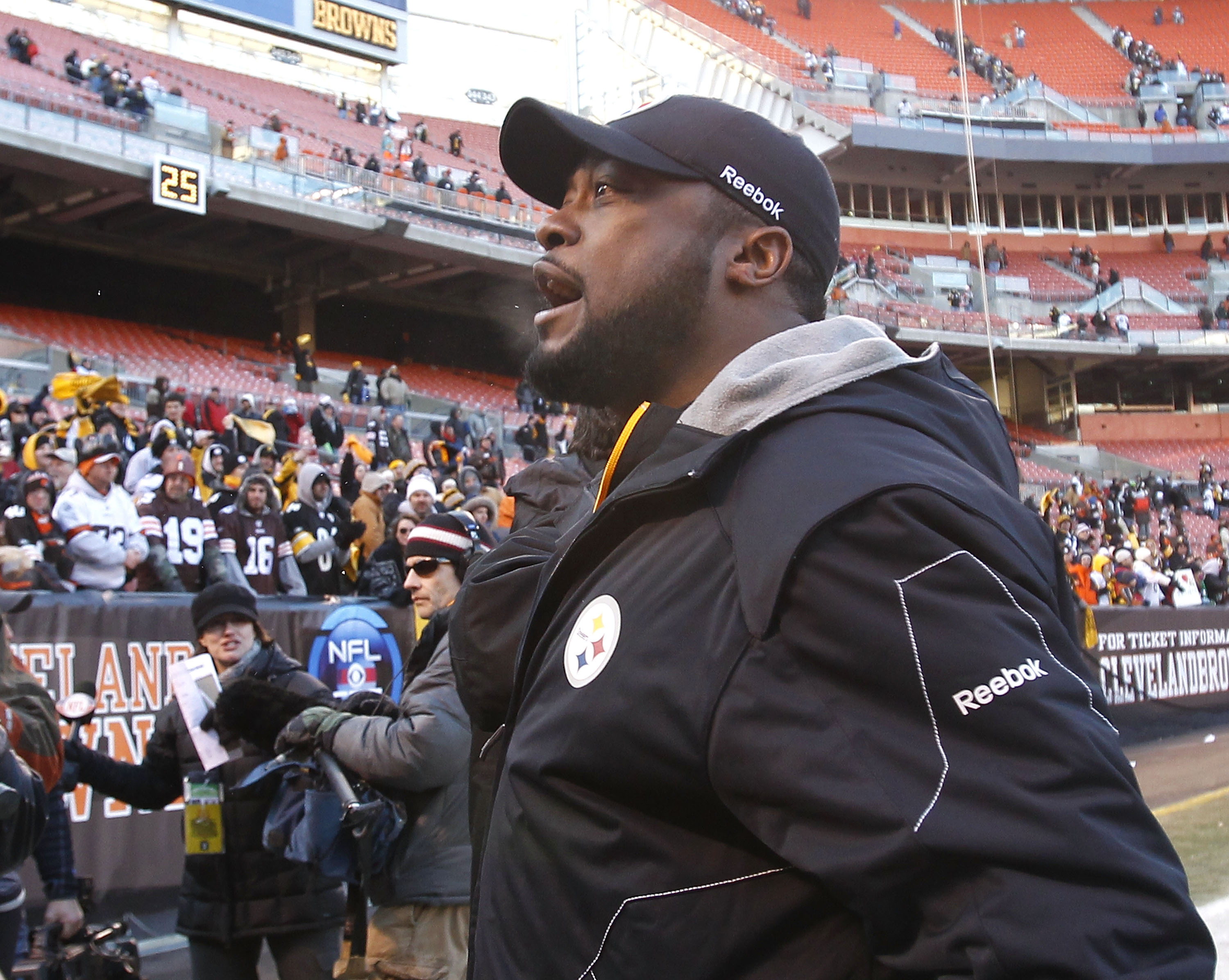 It took until the last game of the regular season for the Pittsburgh Steelers to finally clinch the AFC North when they beat the Cleveland Browns 41-9.

Like every team in the NFL, the Steelers had their ups and downs during the season, but they were able to secure a division title.

The Steelers hold the second seed in the AFC, and earned the coveted first round bye in the playoffs, which will be great so they can get everyone some much needed rest.

In this article I will take a look back on some of the best stories of the Steelers' season on their way to being AFC North Champs. 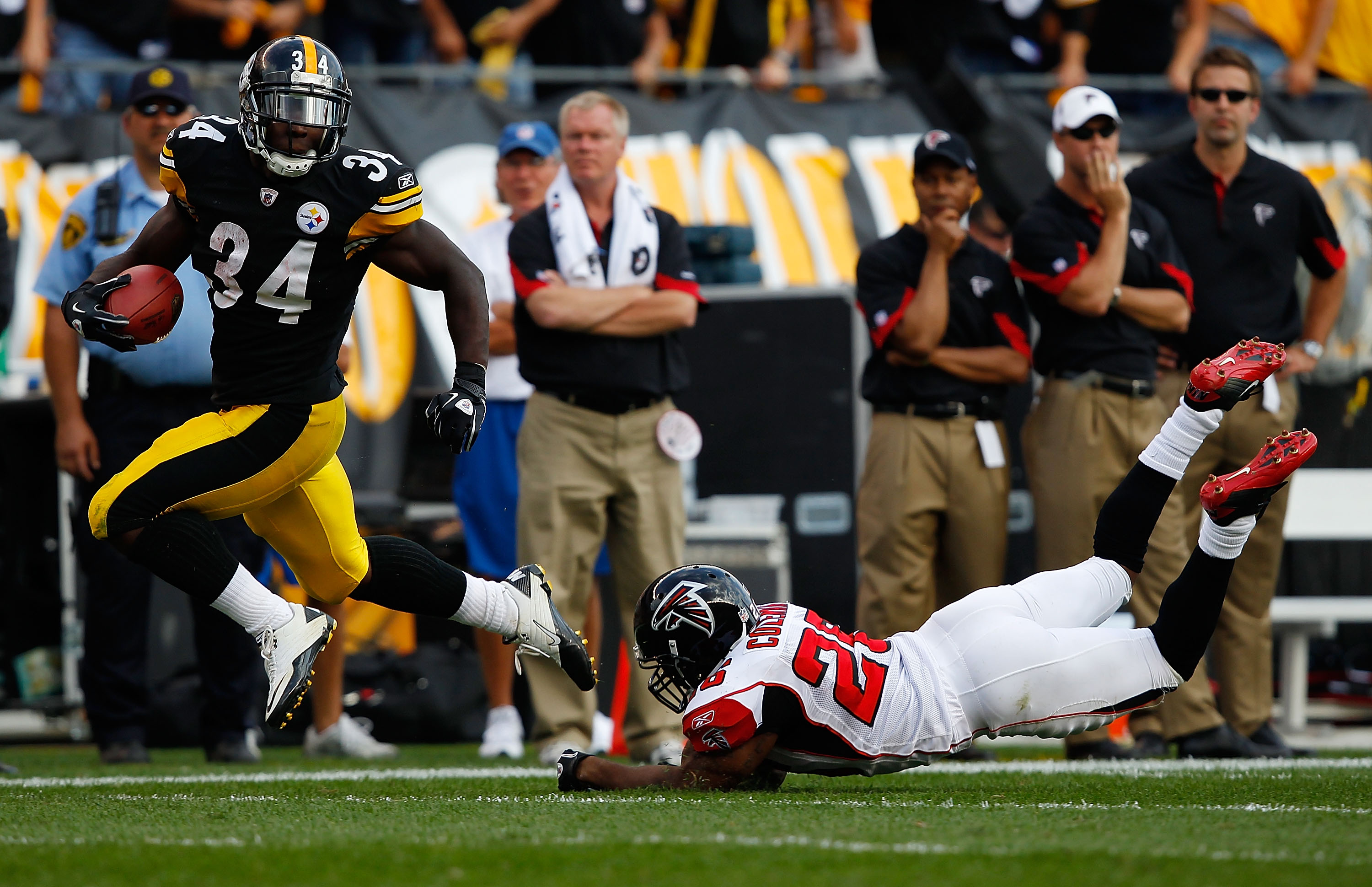 One of the biggest stories of the offseason in the NFL was Ben Roethlisberger being suspended for the first four games of the season while not being charged with one crime.

Every expert and Steeler hater around had the Steelers starting off no better than 2-2 if they were lucky without Ben.

What actually happened was the Steelers coming out 3-0 and losing that fourth game on a last minute touchdown pass by Joe Flacco against the Ravens.

I mean, I was a little disappointed since I had the Steelers going 4-0 in that span, but I was content with going 3-1 and taking the Ravens to the wire with Charlie Batch at quarterback.

It was great to see the Steelers winning games by running down teams' throats and dominating them on defense, and I could not wait to see what would happen when Ben got back on the field. 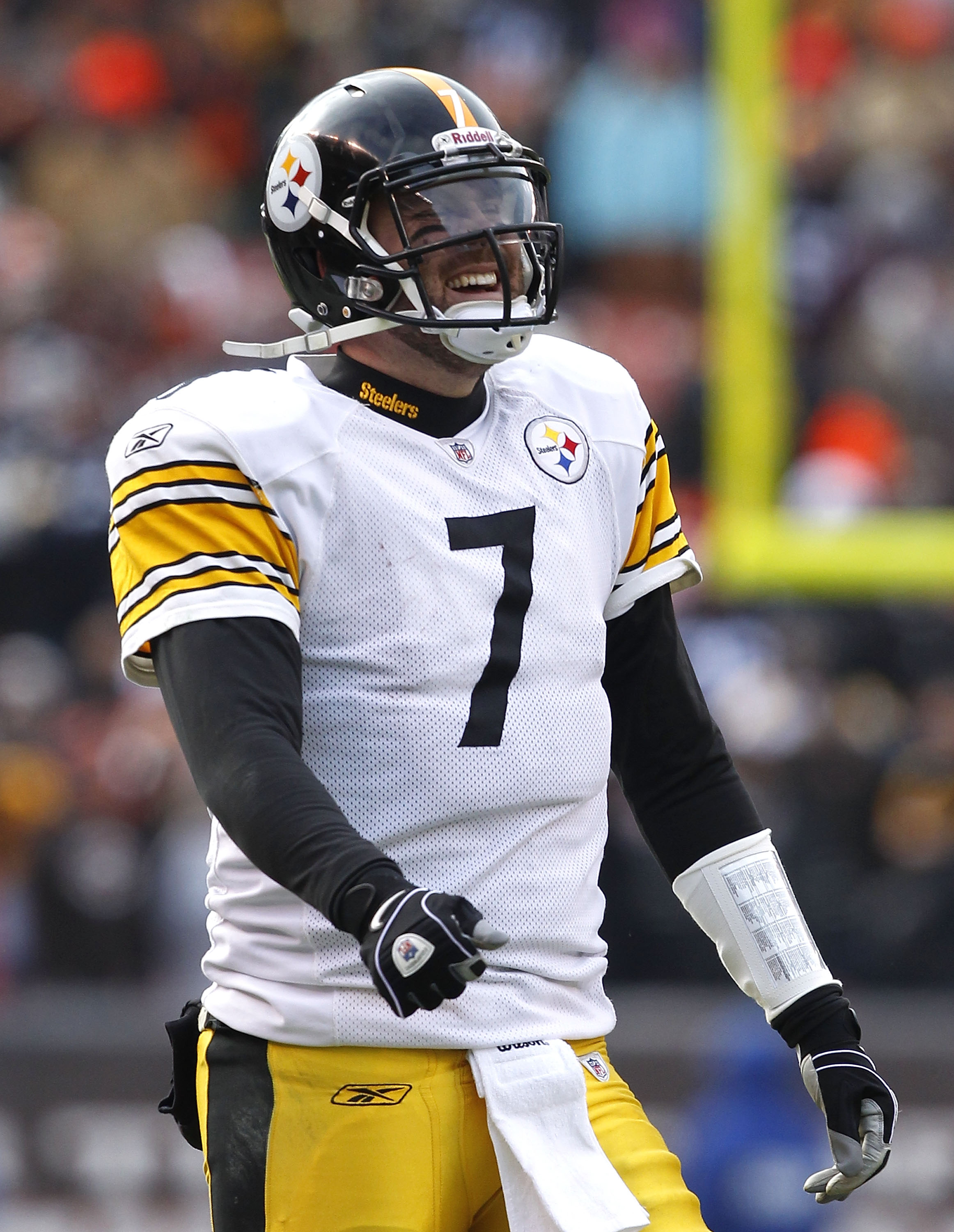 Even though the Steelers went 3-1 without Ben Roethlisberger this season, there is no question that Ben is the quarterback of the Pittsburgh Steelers.

Ben returned against the Cleveland Browns in Week 6, and threw three touchdowns and one interception in a 28-10 victory.

All in all, Ben has led the Steelers to a 9-3 record as the starting quarterback, and has thrown for 3200 yards, 17 touchdowns and only only interceptions with a quarterback rating of 97.0.

In fact, Ben has not thrown an interception since Week 13 against the Ravens, and I honestly would not want any other quarterback for the Steelers. 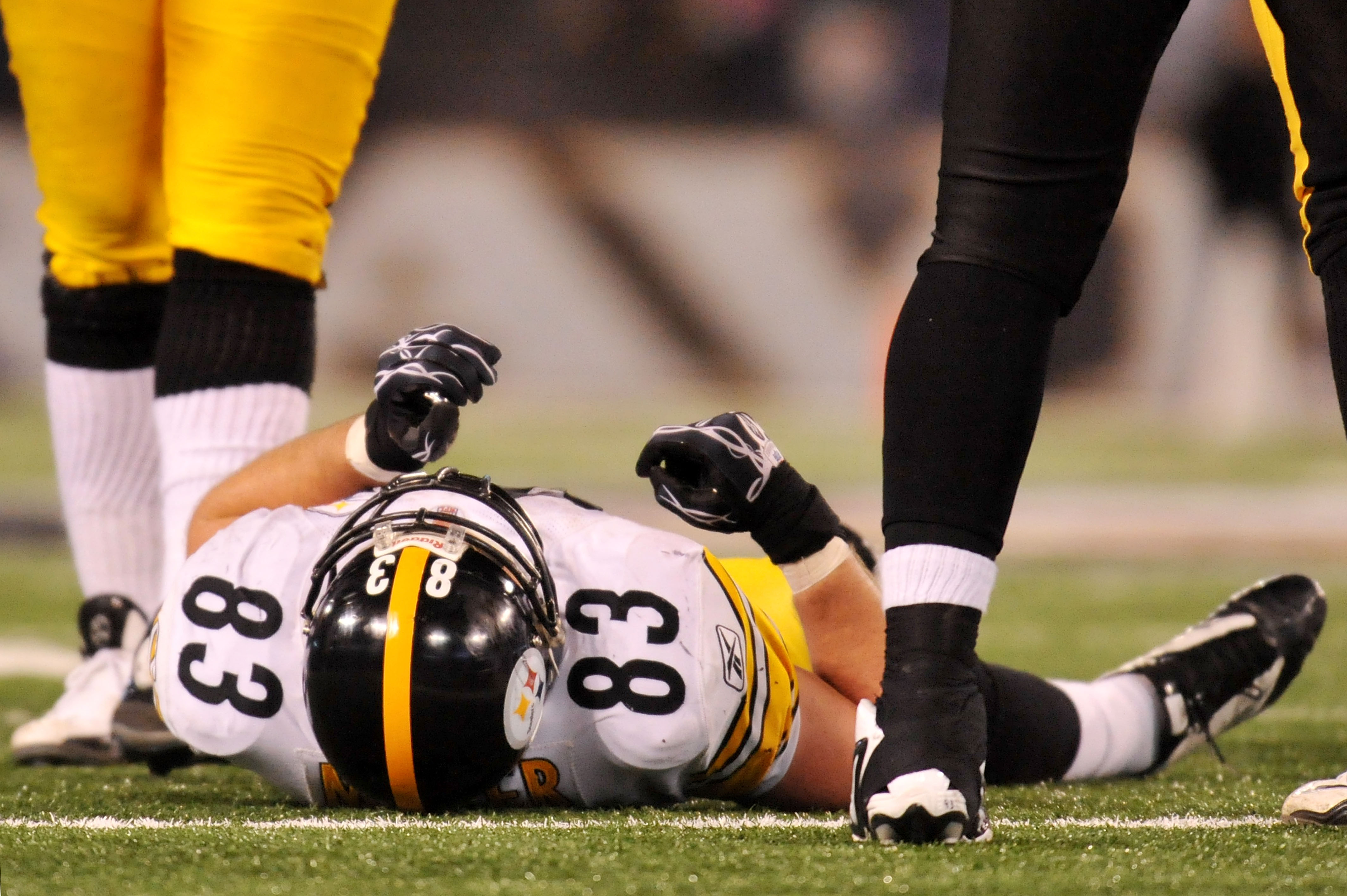 Every team in the NFL had to deal with injuries during the year, and the Steelers were no different.

The Steelers lost both starting tackles, Max Starks and Willie Colon, for the season, and also punter Daniel Sepulveda and quarterback Dennis Dixon.

Heath Miller has missed time with a concussion, and Hines Ward’s consecutive game streak with a reception was snapped when he sustained a concussion against the Patriots.

After missing more than half the season, Aaron Smith could be set to come back for the playoffs, and Brett Keisel missed about six games as well.

Troy Polamalu missed two games before coming back for the finale, and even though Ben has not missed any games, he has had his foot broken or injured or whatever the Steelers want to call it, and his nose broken. 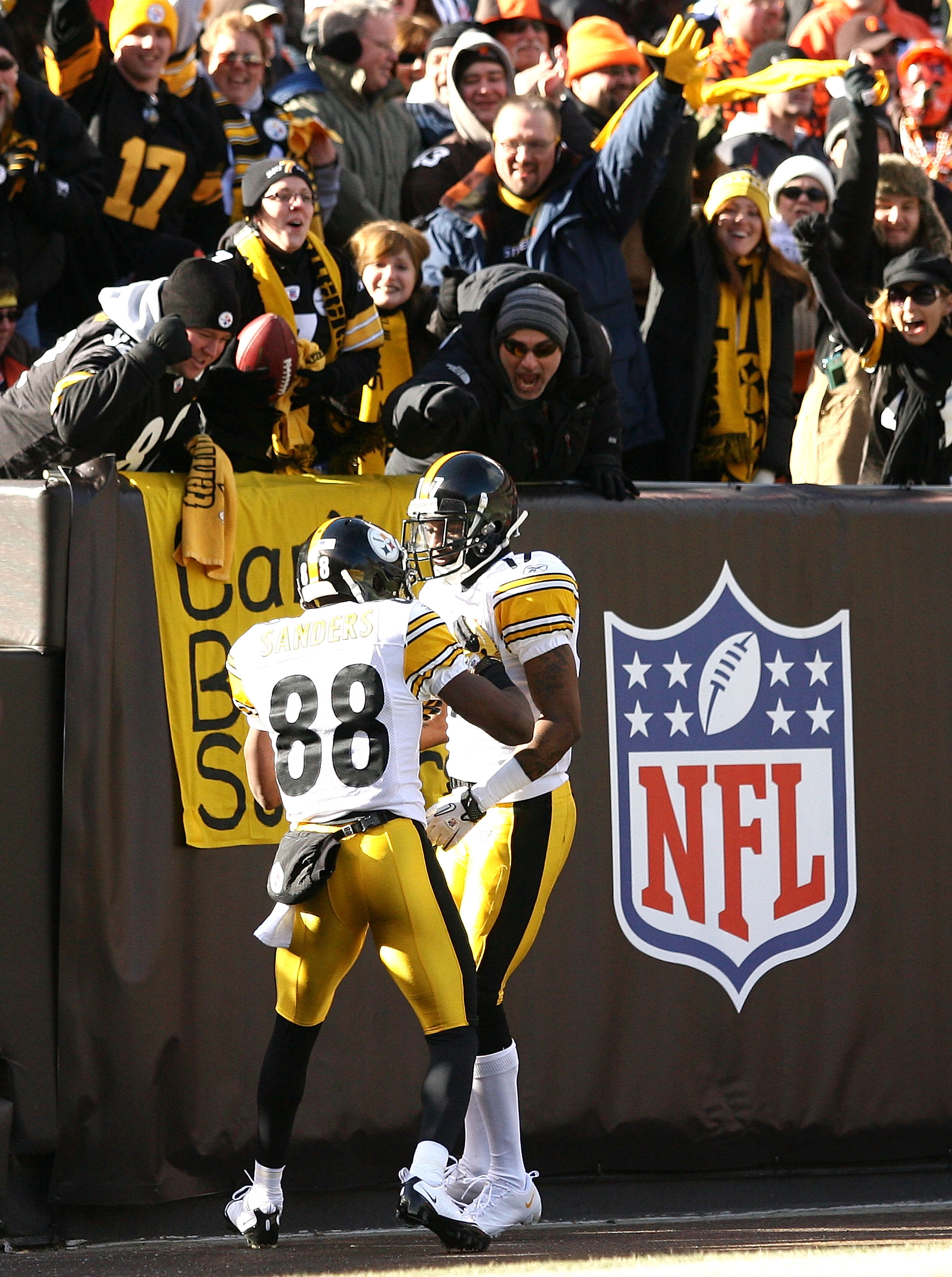 The Steelers are one of the most veteran teams in the NFL, however, have had major contributions this season from some young guys.

Maurkice Pouncey has shown to be the Steelers' best offensive lineman and one of the best centers in the NFL while opening up holes for both Rashard Mendenhall and Isaac Redman.

Mike Wallace is one of the fastest players in the league, and rookies Emmanuel Sanders and Antonio Brown add more explosiveness to the Steelers' receiving core and return game.

On defense, the Steelers seem set at linebacker with Lamar Woodley and then with rookies Stevenson Sylvester and Jason Worilds, who were major parts on special teams this season, along with Ziggy Hood doing a great job standing in for Aaron Smith as well.

The Steelers are one of the best organizations at developing players, and it looks like they have a ton of good young pieces for the future. 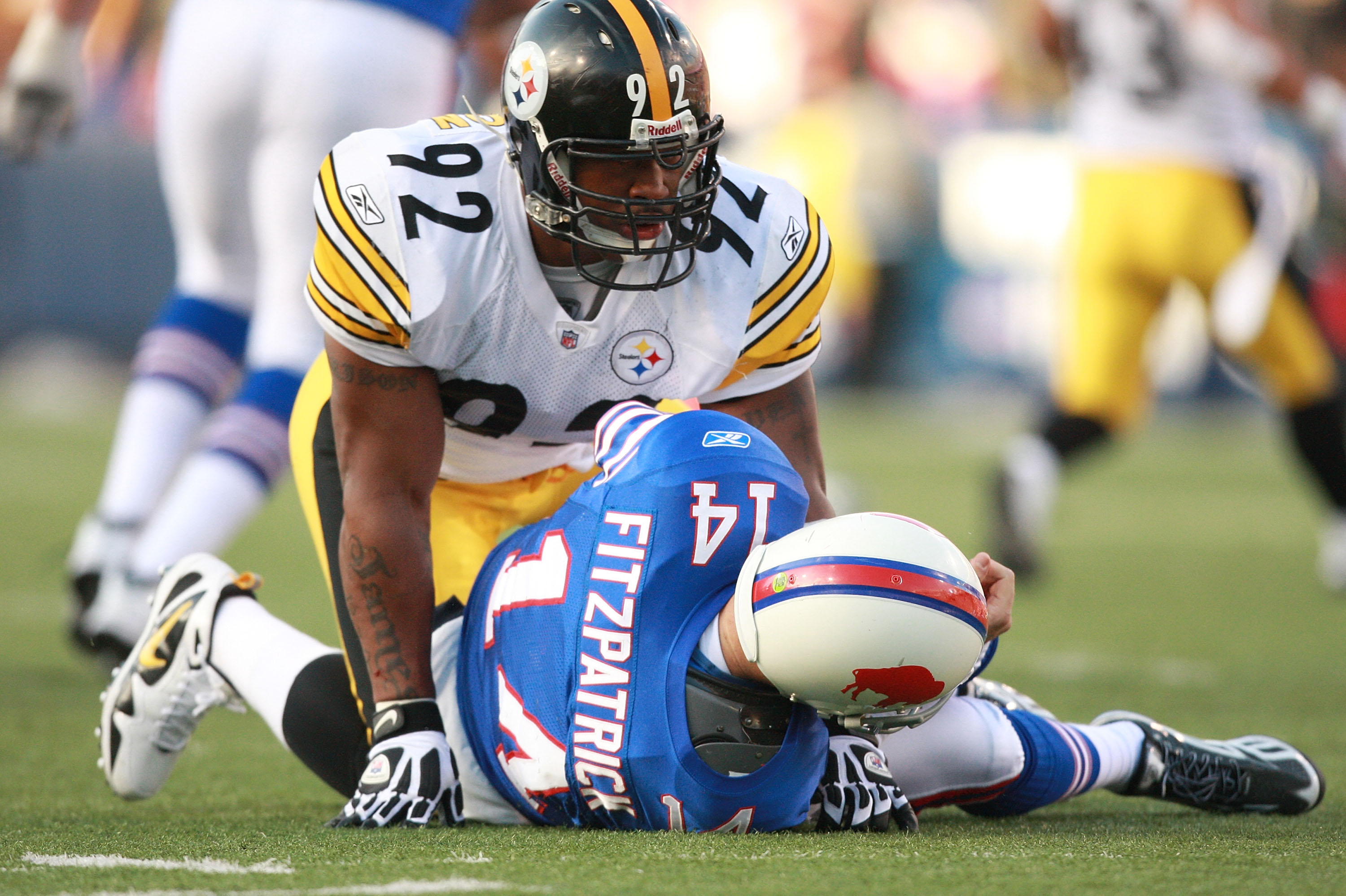 The NFL has been embarrassing to watch this season with all of the penalties reducing it to glorified flag football.

I’m all for player safety, however, the officials have been terrible all season and Roger Goodell has, like he always has done, disciplined however he saw fit without having to make sense.

I don’t know how any person—or Goodell himself—can argue that the Steelers haven’t been targeted by officials, when Ben Roethlisberger got punched in the face and Heath Miller almost decapitated and every official just “missed” both of those plays.

It’s really not a consolation that the players were fined later, because if the Steelers had lost the game that money would not have helped the Steelers get into the playoffs.

This is really only one situation.  The officials were awful the entire season in almost every single NFL game, and it continues to be laughable to hear all of their and Roger Goodell’s defense of these calls. 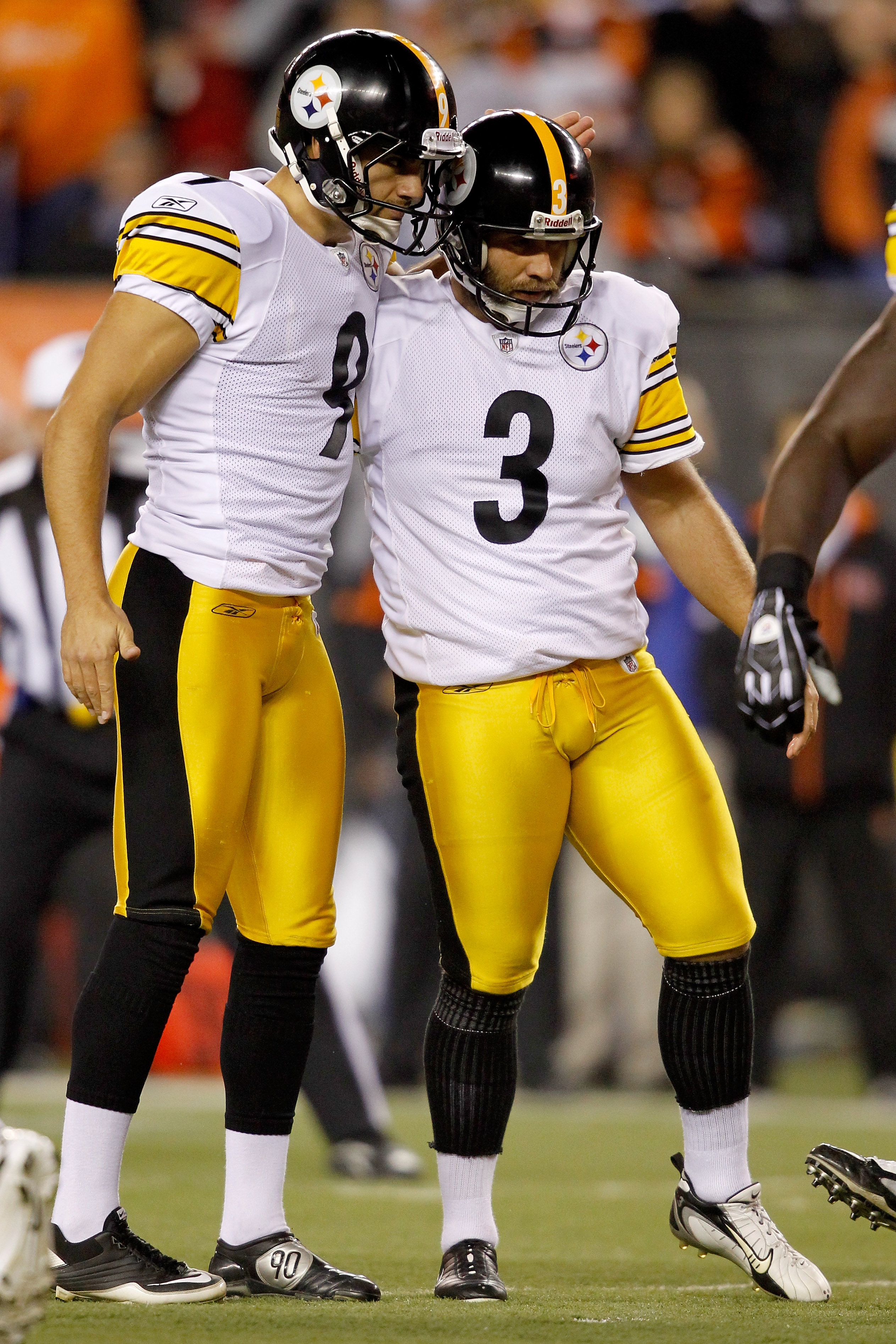 I was always a fan of Jeff Reed and stayed one even through his tough season this year which saw him miss seven field goals before his release after Week 10.

I kept up hope that he would pull it together as he did last season when he started similarly and then ended the season strong.

The Steelers felt they needed a change, and with the off the field problems that came with Jeff Reed, I do not fault them for wanting to go in a different direction.

They brought in Shaun Suisham and he started his first five games as a Steeler not missing any of his attempts.

Suisham finished the season missing only one field goal in the blowout against the Panthers in Week 16. 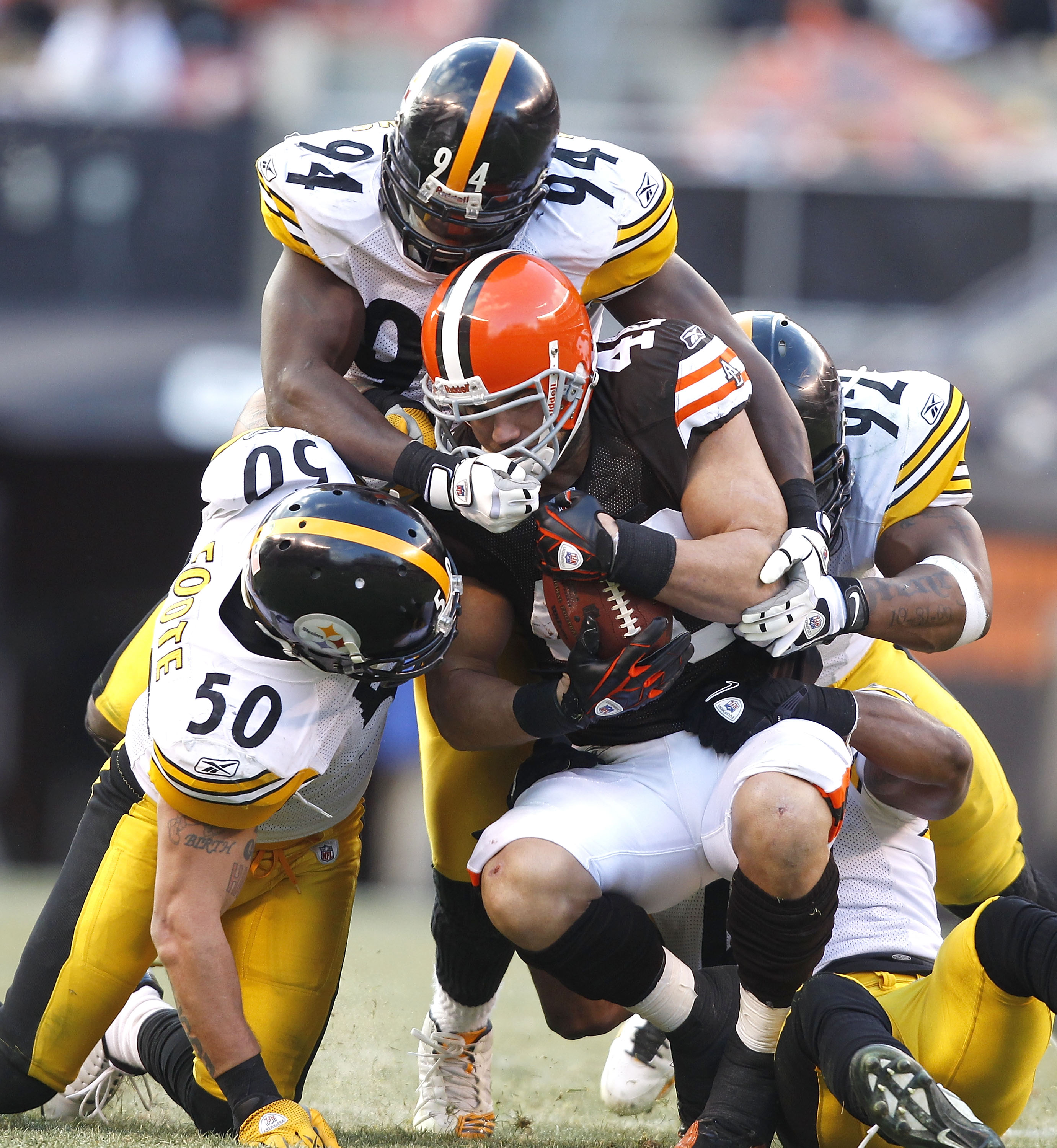 After last season’s embarrassing performance, the Steelers' defense has come back to being that dominating defense we Steeler fans are used to watching.

As always, the Steelers were impenetrable against the run and their 62.8 yards per game was 27.3 yards better than the next team.

Although they finished 12th in pass defense, the Steelers finished first in the NFL in sacks with 48, and finished 5th in interceptions with 21.

The Steelers' defense finished second overall in the league, and is the highest rated defense in the playoffs.

The defense will only get better since now the Steelers have an extra week for players such as Troy Polamalu and Aaron Smith to rest up. 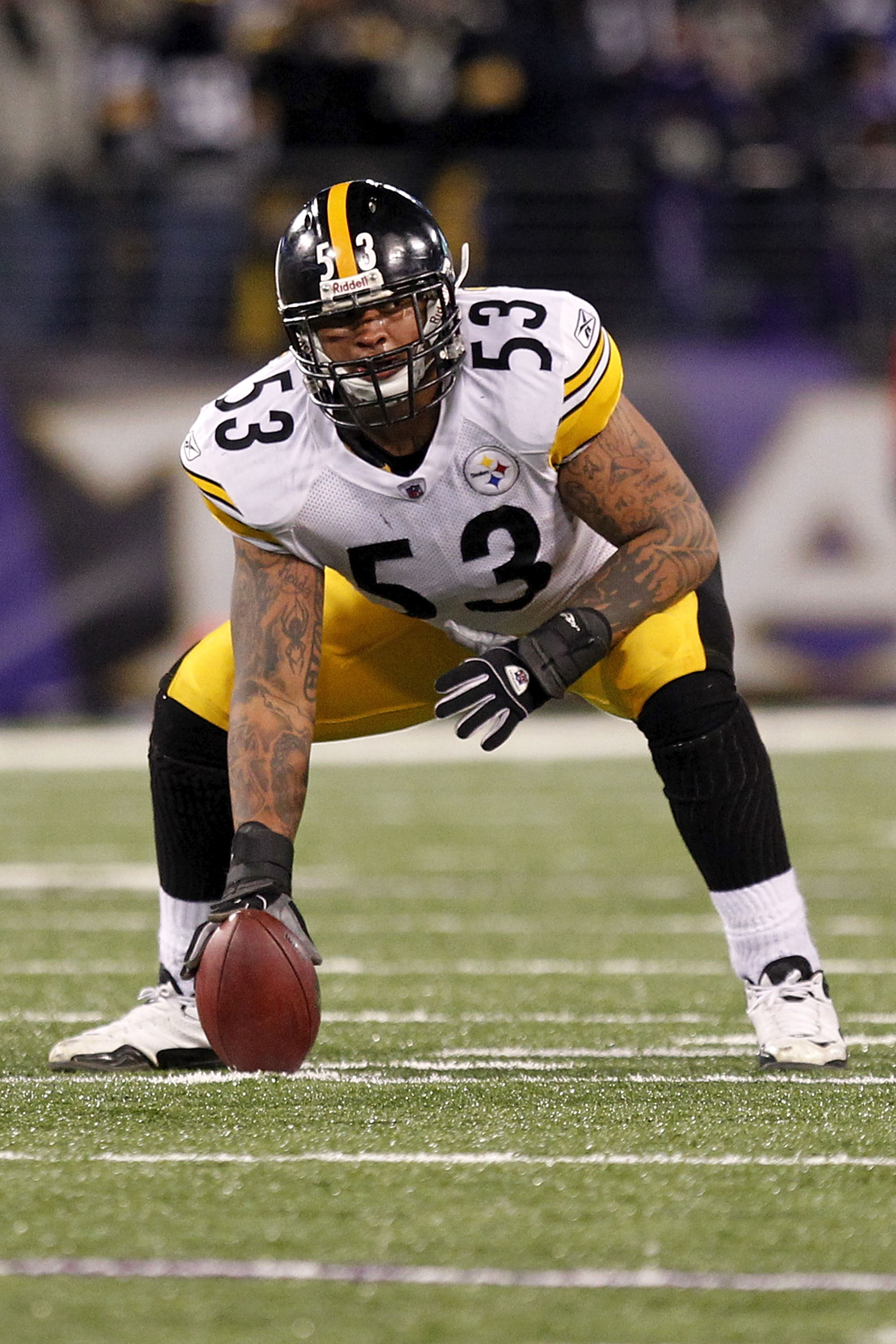 Maurkice Pouncey was selected by the Steelers with the 18th overall pick in the draft and was expected by many to start his career at guard.

Pouncey then came into camp and earned the starting center job and became the Steelers' best lineman along with one of the best centers in the NFL.

He has brought a toughness and leadership to the Steelers line and was the only Steelers offensive player voted to the ProBowl this season.

Maurkice has shown the ability to go up against anyone in the league and he should be the offensive rookie of the year. 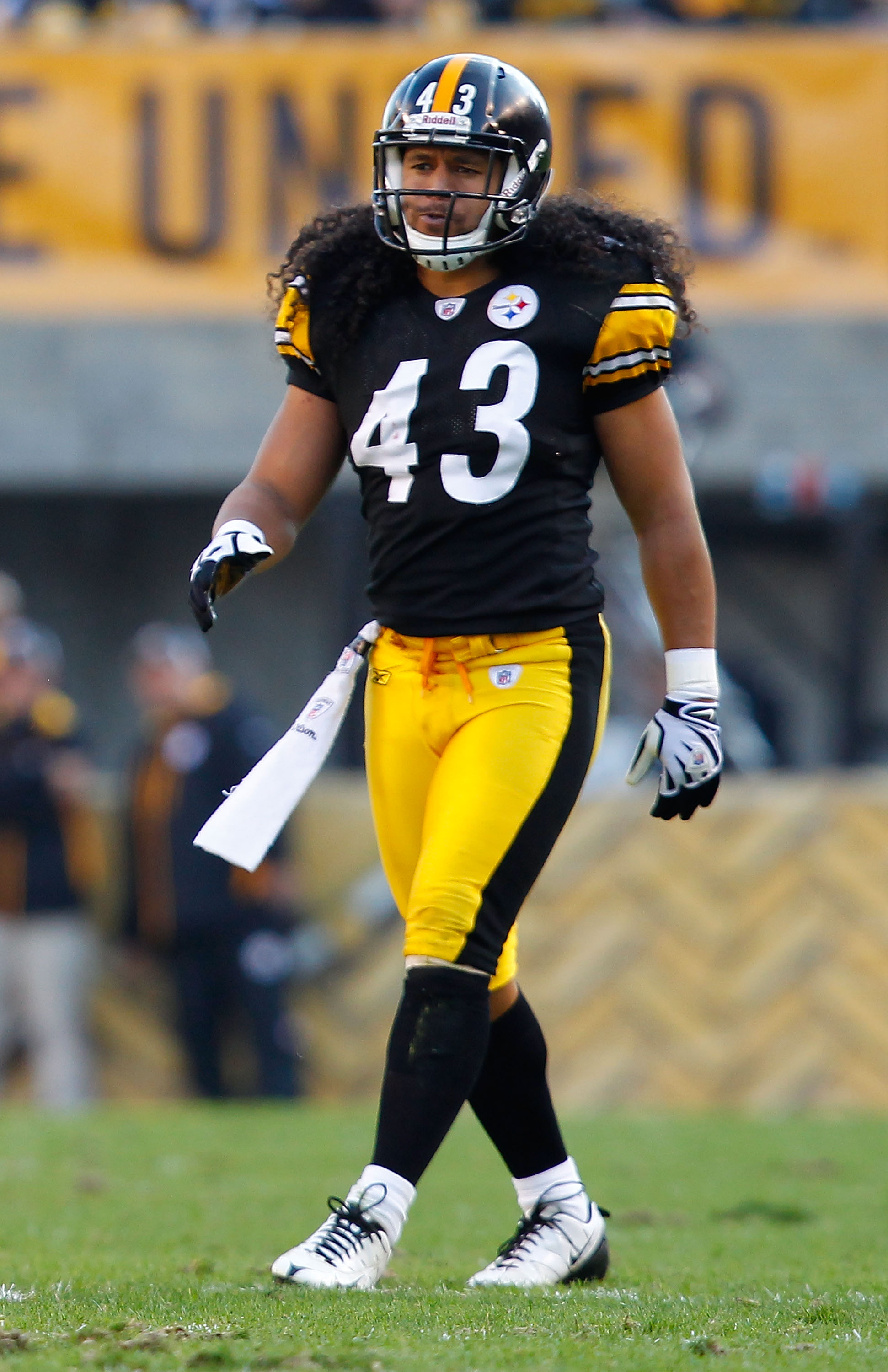 The Pittsburgh Steelers' defense is just not the same without Troy Polamalu on the field, and Troy showed this season the difference he makes.

Troy finished the season with 63 tackles, one sack and seven interceptions, which is tied for second in the league.

He started off the season strong with two interceptions in the first two games, and then went the next seven games without an interception, before picking off five in the last five games that he played in.

Troy is one of the most dangerous players in the league and the opponents' offense needs to be aware of where he is on the field at all times.

He could win the Defensive Player of the Year award this season. 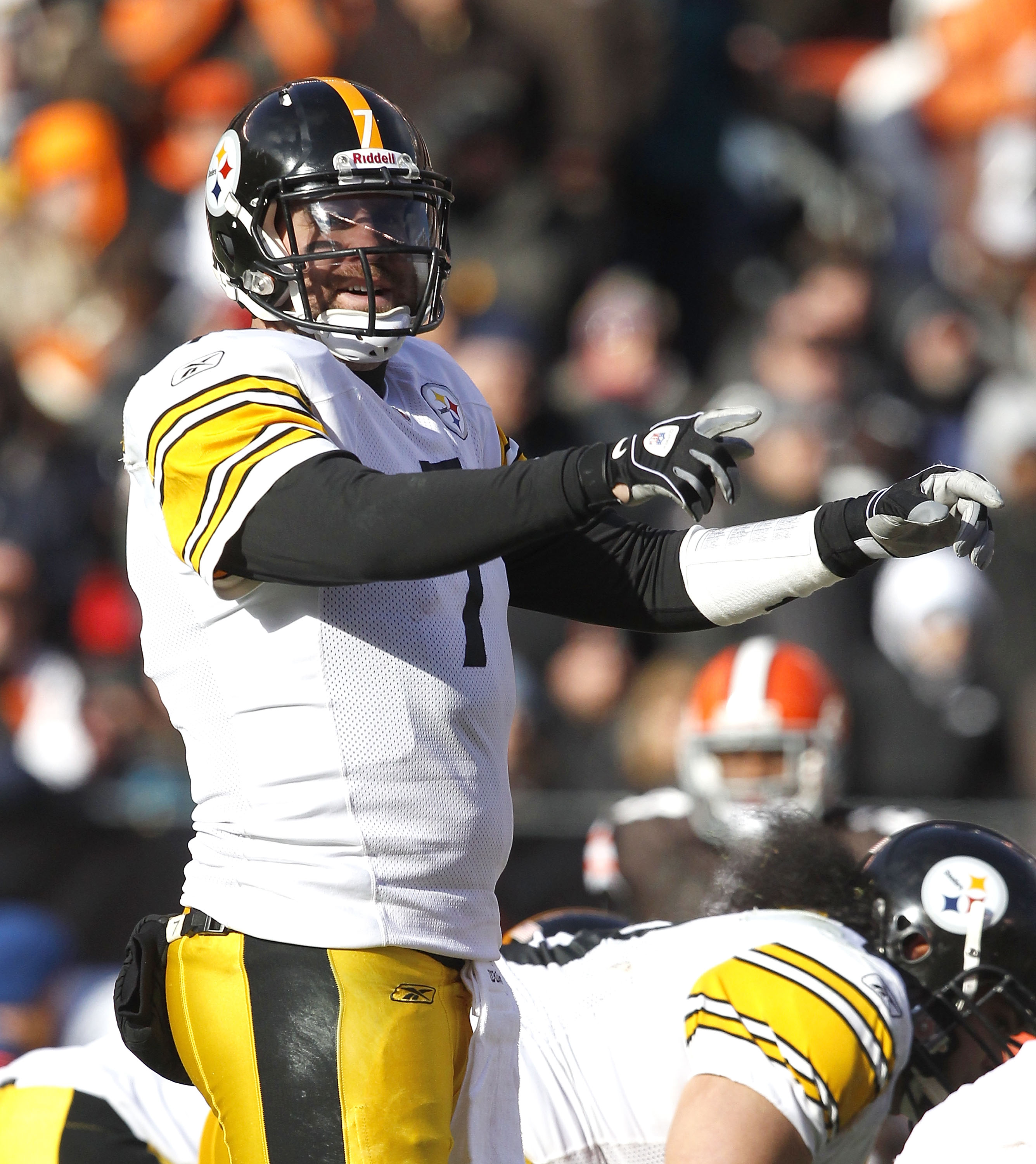 Although the Steelers are 12-4, they should not be at all satisfied with what they have done this season.

I fully expect, and have expected the entire season, that the Steelers will win the Superbowl, as I believe they can beat any opponent currently in the playoffs.

The Steelers' first possible opponents are the Colts, Chiefs or Ravens, and the Steelers should be able to beat each of these teams.

The Chiefs lack experience, they have already shown they can beat the Ravens and Peyton Manning has had problems with 3-4 defenses his entire career.

No matter who the Steelers face this postseason, I fully believe they will win and end up with their seventh Superbowl trophy.