In the fourth edition of the Greatest Rivalries, I will be taking a look at the biggest match in the English footballing calendar, Manchester United versus Liverpool, ahead of the meeting of the two sides at Anfield on Saturday.

In footballing terms, the rivalry between England’s two biggest sides acquired prominence in the late 1950’s and early 1960’s, as this coincided with the beginning of an increase in success for both sides. Naturally, as the two teams were competing for major honours, the rivalry became more intense.

Before this, however, the rivalry had already started. This is partly due to the close proximity of the two cities. After all, Liverpool is situated only 42 miles west of Manchester.

In the early days the footballing rivalry owed a lot to a pre-existing inter-city rivalry. Liverpool in the late 19th Century and early 20th Century was one of the most important ports in the United Kingdom, whilst Manchester’s importance lay in the textiles industry.

However, upon the completion of the Manchester ship canal in 1894, Manchester gained access to the sea and was able to import goods. This is seen as an important factor in the revival of Manchester from a period of economic depression.

So with the two cities vying for economic superiority, the groundwork was laid for a rivalry that football would only extend. Manchester United versus Liverpool is a sporting manifestation of an economic rivalry, and as such the cities’ premier football teams are used to champion each cities' respective culture.

Today, however, the rivalry between the two sides is more concentrated on footballing success than economics. Liverpool are currently acknowledged as the most successful side in England, with 18 League Championship wins, seven FA Cup wins, and five European Cup successes.

This is in contrast to Manchester United’s 17 League Championships, 11 FA Cups and three wins in the European Cup. Liverpool also hold the upper hand in League Cup wins.

However, Manchester United currently hold the upper hand in the head-to-head record, with 59 wins and 41 draws. Liverpool have won 50 meetings between the sides.

The teams have met in four major cup finals; the FA Cup in 1977 and 1996, and the League Cup in 1983 and 2003. The record in finals in two-a-piece, with United winning both (more important, I might add) FA Cup final meetings, and Liverpool winning the League Cup finals between the sides.

Despite such an intense rivalry, incidents of violence between fans these days are relatively rare and usually minor. There have been a few black spots, where a minority of fans have taken things too far—with hideous chants about the Munich Air Disaster, or Hillsborough.

More recently, some Liverpool (again a minority) fans obstructed an ambulance carrying a seriously injured Alan Smith, which was met with universal criticism. Even Manchester United skipper Gary Neville found himself in hot water with the FA, after what can only be described as an over-zealous celebration in front of Liverpool fans.

The game at the weekend is an intriguing fixture. Liverpool have struggled against Manchester United recently, with only two wins in the last 13 meetings. Neither side have played particularly well this season, and perhaps home advantage will be enough to secure a victory for Liverpool.

That said, though, United just seem to have Liverpool’s number at the moment. In fact, under Rafa Benitez, Liverpool have only scored twice against United—and one of those was an own goal by John O’Shea!

Recent meetings between the sides have seen unusual heroes making names for themselves. Think Mikael Silvestre’s brace in 2004, Gary Pallister’s two goals at Anfield in 1997, and who will ever forget Jerzy Dudek’s perennial blunders allowing Diego Forlan to “make the scousers cry!”

Giggs and Rooney also profited from the Polish 'keeper’s errors. John O’Shea’s last minute winner in 2007 in front of the Kop was a massive moment for Manchester United.

For Liverpool, Danny Murphy made a name for himself by scoring three winners at Old Trafford. John Arne Riise announced his presence in the English game with a thunderous free-kick (which is still travelling, I think!!) in 2001, in Liverpool’s last home league victory over United.

Either way, the history of this fixture and the teams involved make this undoubtedly the biggest game in English football. With footballing luminaries such as Best, Charlton, Law, and Robson for Manchester United and Dalglish, Keegan, Hansen, and Rush for Liverpool, these fixtures are steeped in deep footballing talent.

These affairs aren’t always pretty, but they do always make interesting watching.

Saturday will be no different!

Feel free to let me know what you think about this piece, and your thoughts on the forthcoming meeting of the sides at Anfield on Saturday! 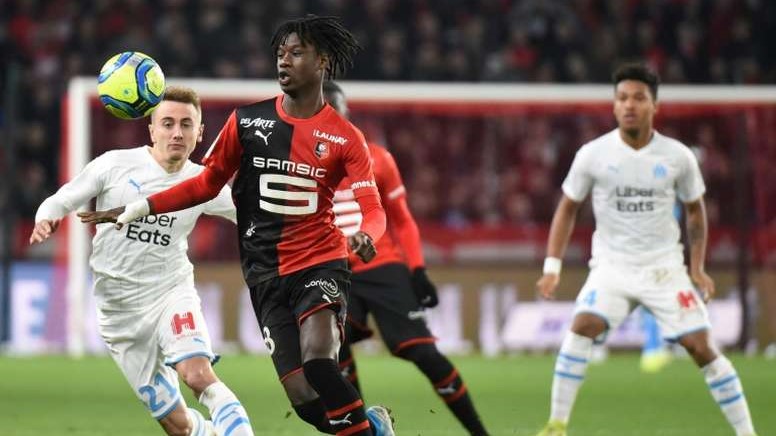