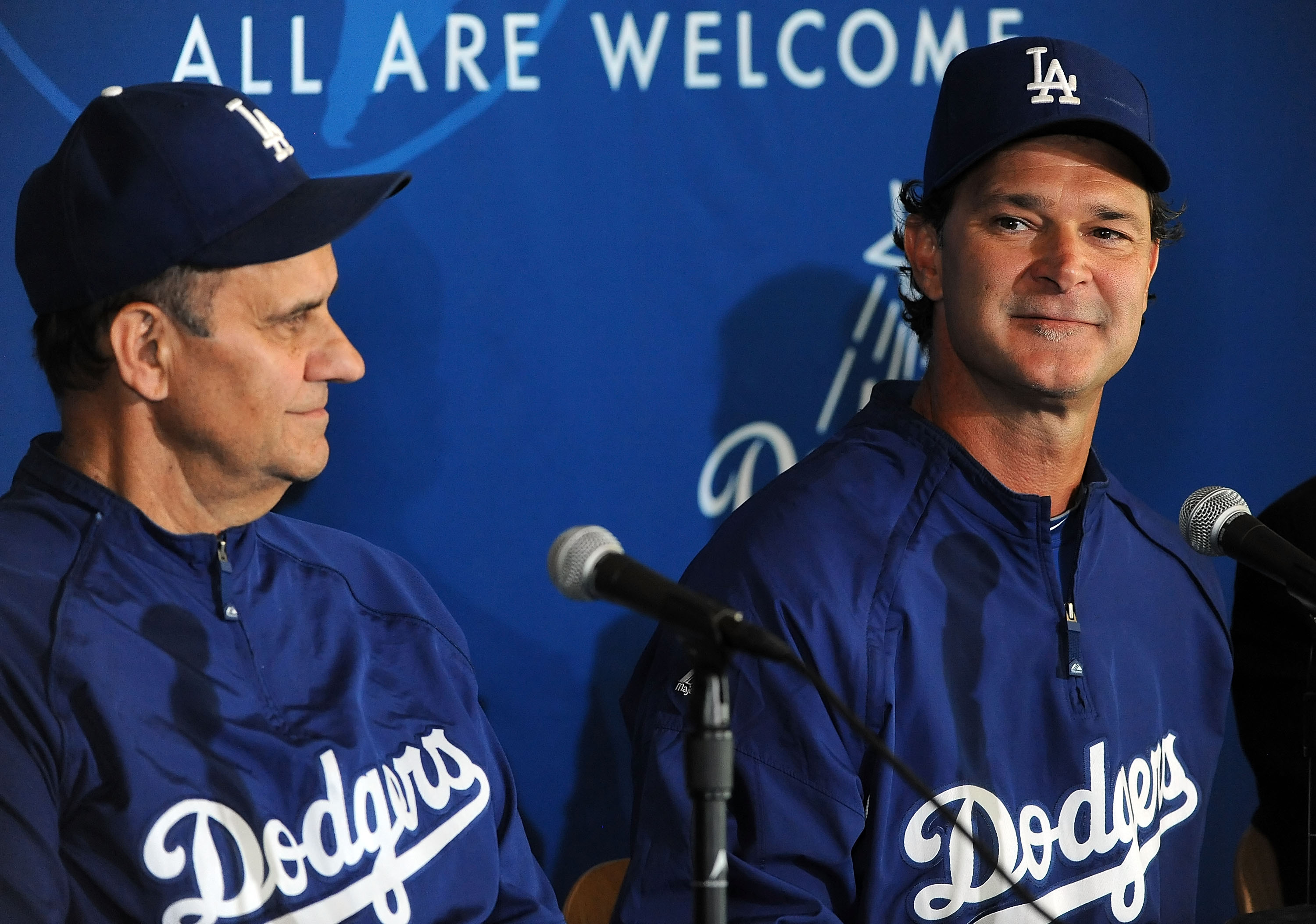 New Year's Day is nearly upon us, and perhaps no MLB team is looking forward to a fresh start in 2011 more than the Los Angeles Dodgers.

From the ugly proceedings of the McCourt divorce to the departure of Manny Ramirez to the retirement of Joe Torre, the Dodgers had their fair share of pitfalls in a year that saw them fail to capture a third consecutive NL West division title.

But it wasn't all bad for the Boys in Blue. The long-awaited emergence of young stars like Andre Ethier, Clayton Kershaw and Chad Billingsley gave general manager Ned Colletti plenty of reason to hope that his team will see better days sooner rather than later.

That being said, let's have a look at some of the most notable ups and downs for the Los Angeles Dodgers in 2010. 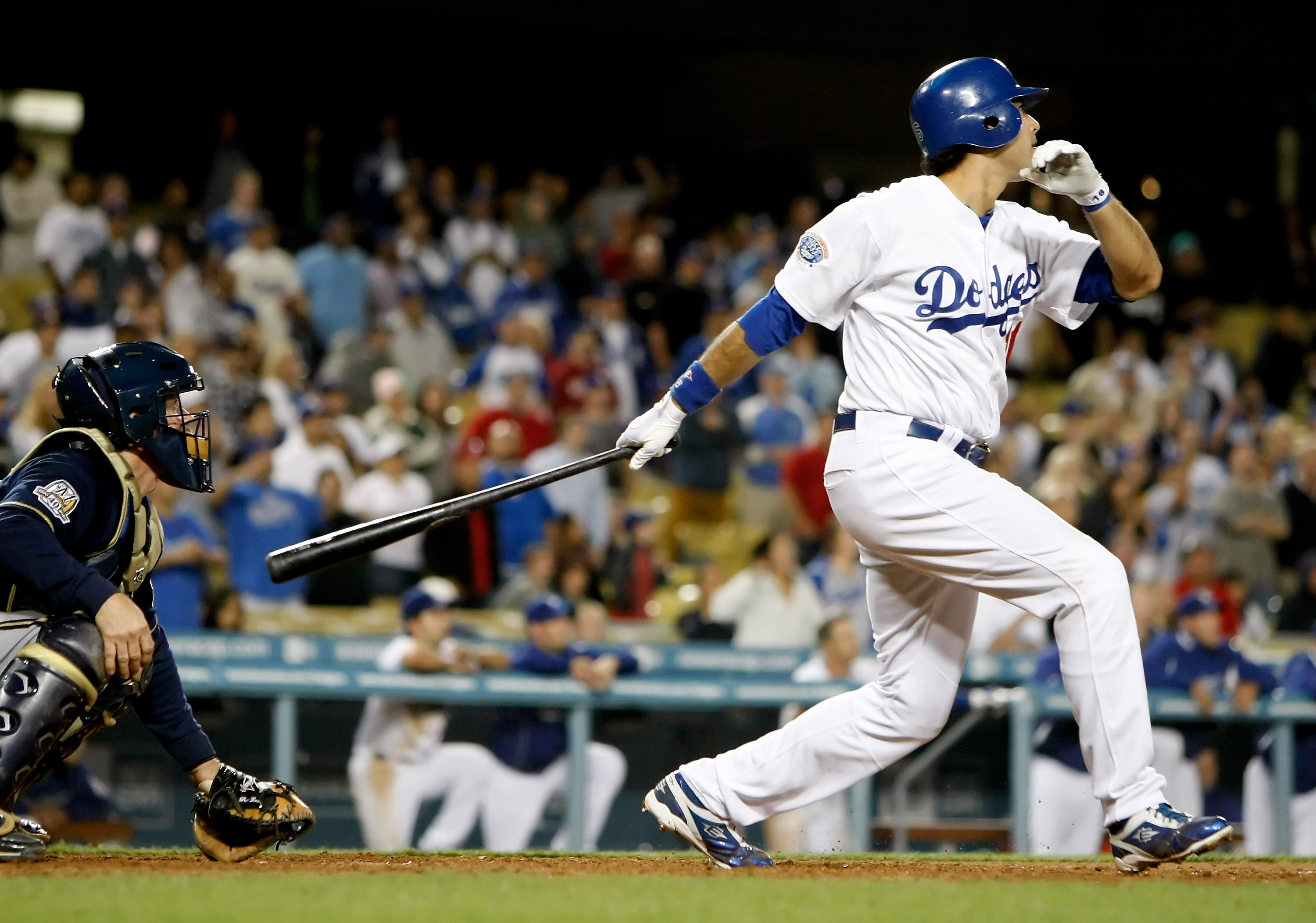 The first couple months of the Dodgers 2010 season served as a veritable coming out party for outfielder Andre Ethier.

Ethier got off to a solid start in April, hitting .329 with six home runs and 19 RBI, before taking off in May with magnificent performances against Pittsburgh and Milwaukee.

The 28-year-old from Phoenix capped off a string of spectacular clutch performances with a walk-off grand slam in a 7-3 series finale win over the Brewers on May 6.

Ethier's play only improved from there, raising his batting average to a Major League-best .392 by the middle of the month.

Worst: Ethier Lands On the DL 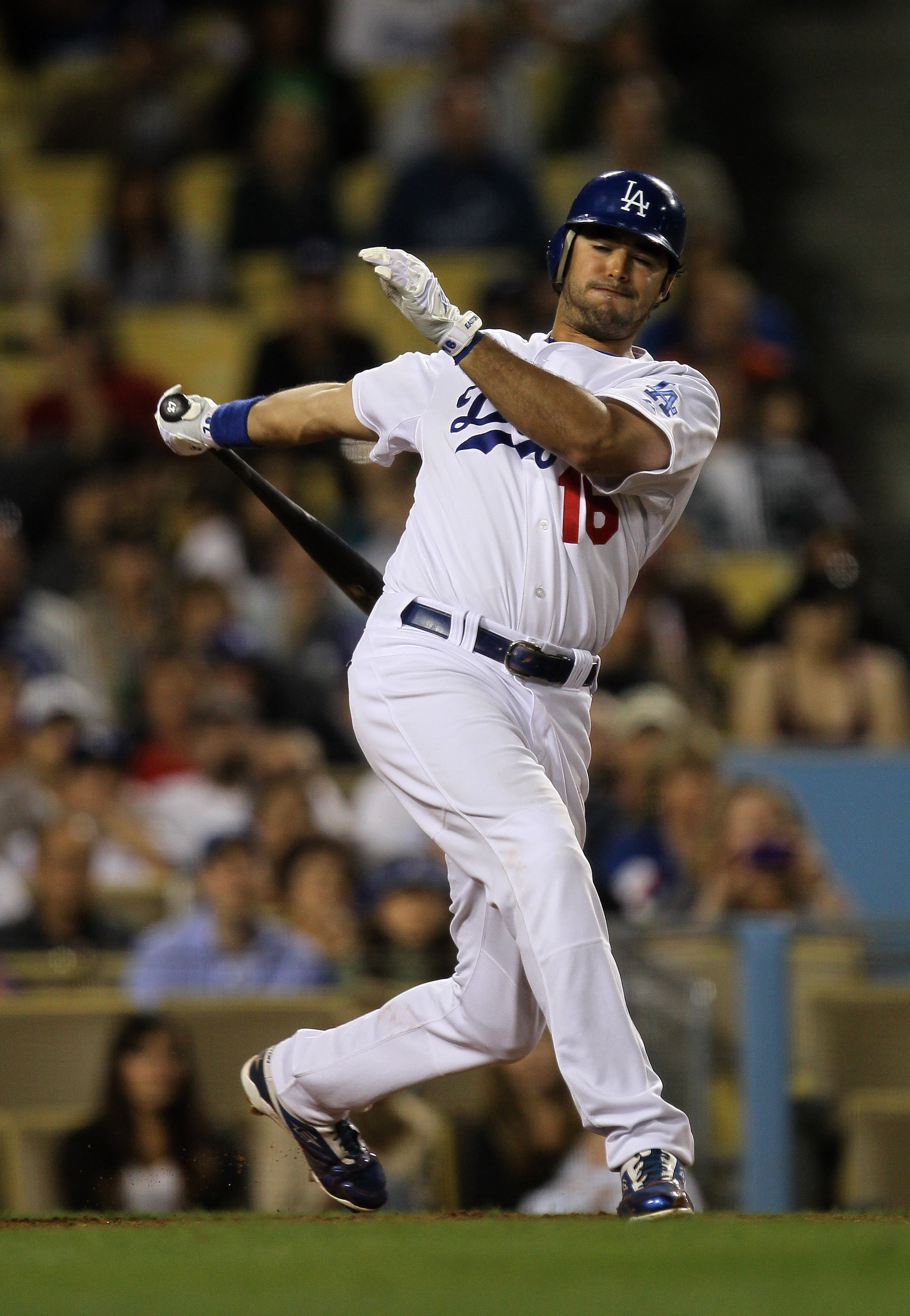 Unforunately, Ethier's ascent was rudely interrupted by an injury to his pinkie finger, landing him on the 15-day disabled list.

Ethier never quite recovered, hitting .229 in June and .247 in July before bouncing back somewhat to bat .305 in August.

He finished the season with a rather respectable stat line—.292, 23 home runs, 82 RBIs—though far off the pace he had established through mid-May. 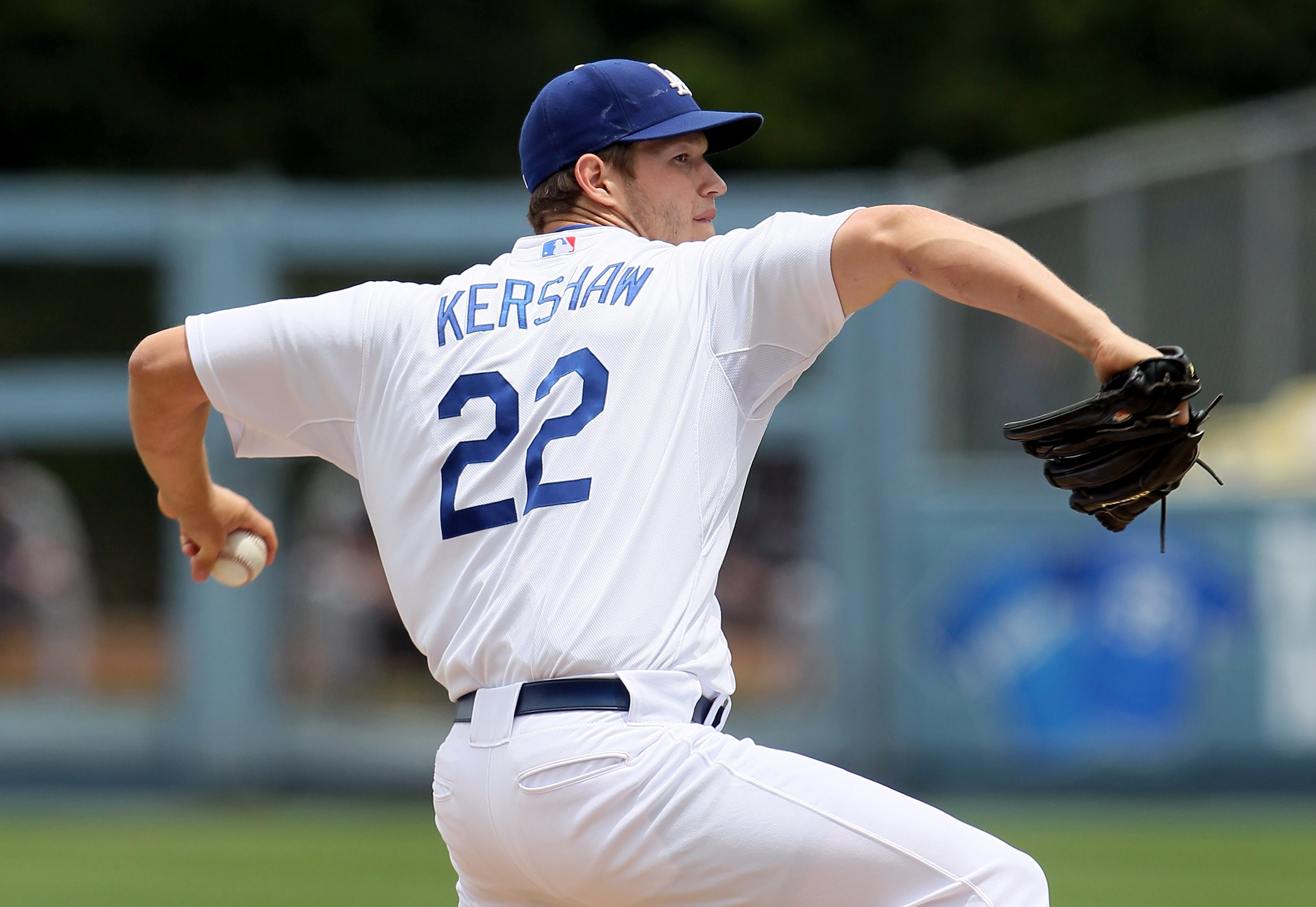 Few outside of Colorado remember just how dominant the Rockies' Ubaldo Jimenez was through the first half of the 2010 season.

Jimenez started the All-Star Game for the National League after compiling a 15-1 record with an ERA of 1.83.

And who, pray tell, was responsible for his lone loss?

Why, Clayton Kershaw, of course! Kershaw outdueled Jimenez in a 2-0 win for LA on May 9, throwing eight shutout innings while giving up only two hits and nine strikeouts.

Not bad for a 22-year-old in his third Major League season.

Worst: Kershaw Ejected in Brushback Against the Rival Giants 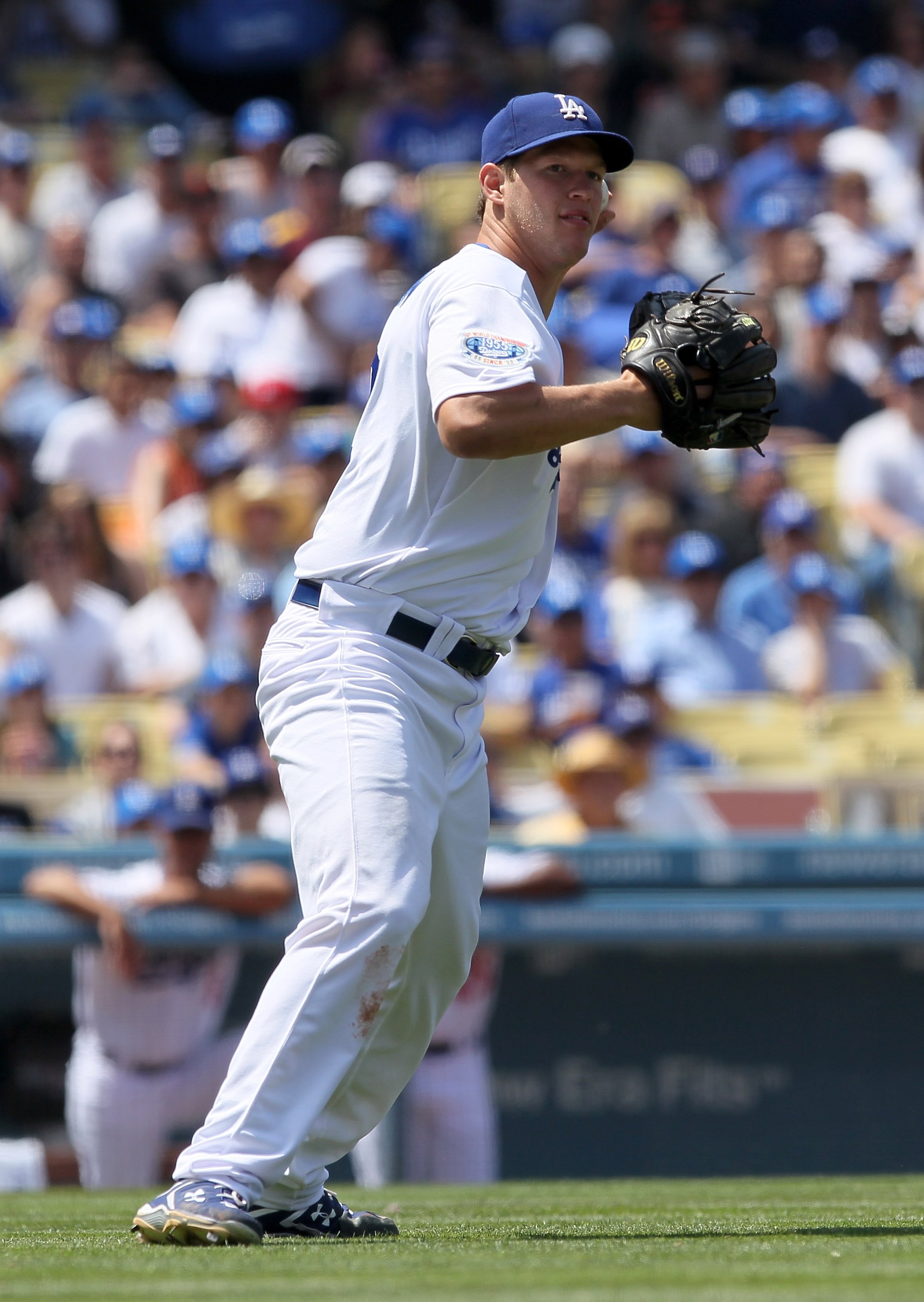 Of course, 2010 wasn't all sunshine and shutouts for young Clayton.

Unfortunately, Kershaw's start was interrupted when he was ejected in the top of the sixth inning for hitting Giants outfielder Aaron Rowand after being warned following a plunking of Andres Torres in the first.

Though Kershaw's calamity was only part of the chaos that ensued, it certainly sat as a blemish on his record for the season. 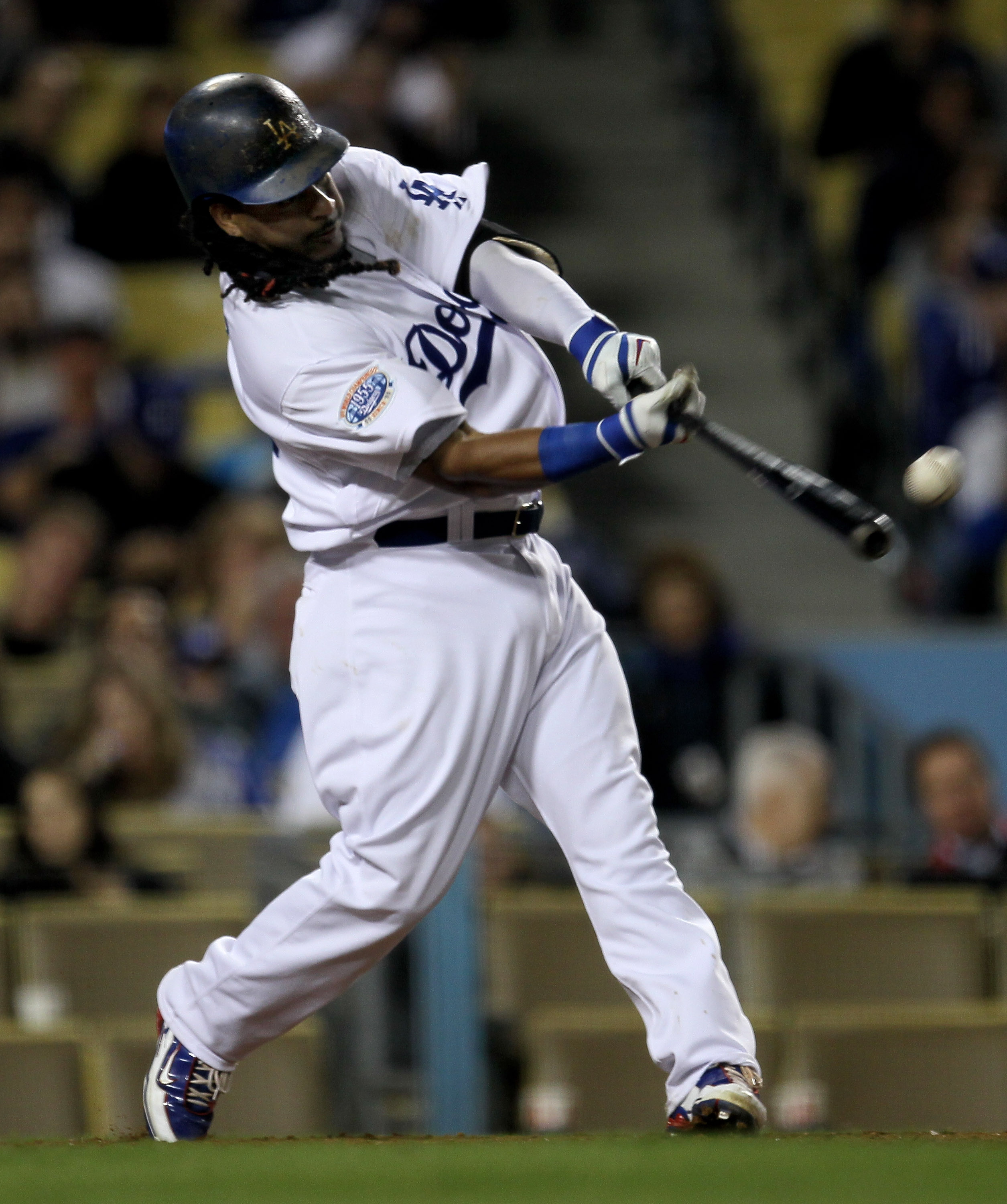 Manny Ramirez was far from a star performer for the Dodgers in 2010, but he did reach some significant career milestones while in LA.

Perhaps the most significant of all came on May 28, when Man-Ram hit his third home run of the season in a 5-4 Dodger win at Coors Field.

Ramirez's two-run dinger put the Blue Crew ahead in the sixth, but, more significantly, it was the 549th of his career, pushing him past Philadelphia Phillies great Mike Schmidt for 14th place on the all-time home run list.

Worst: Ramirez Gets Ejected To Close Out His Time in Mannywood 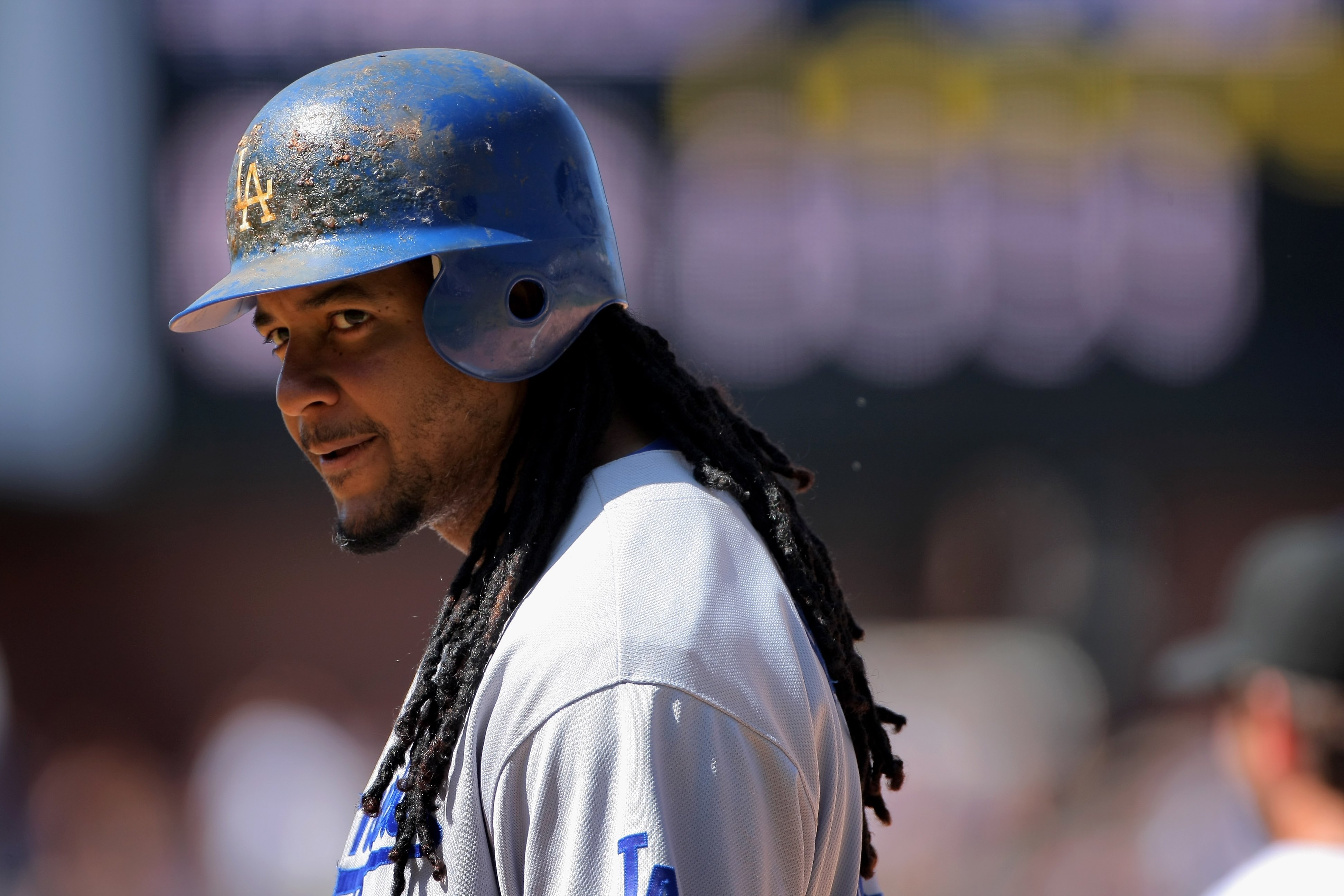 Manny's situation in LA soured from that point on, as his performance dropped off considerably as the summer progressed while the Dodgers tumbled out of contention.

It all came to a head on Aug. 29, when, in the sixth inning of LA's 10-5 loss at Colorado, Manny Ramirez stepped up to the plate for an at-bat off the bench and was promptly ejected after arguing over the location of the first pitch from Matt Reynolds.

The next day, Ramirez was claimed off waivers by the Chicago White Sox, bringing his short and rocky tenure in Chavez Ravine to an end while breaking the hearts of Mannywood's few remaining residents. 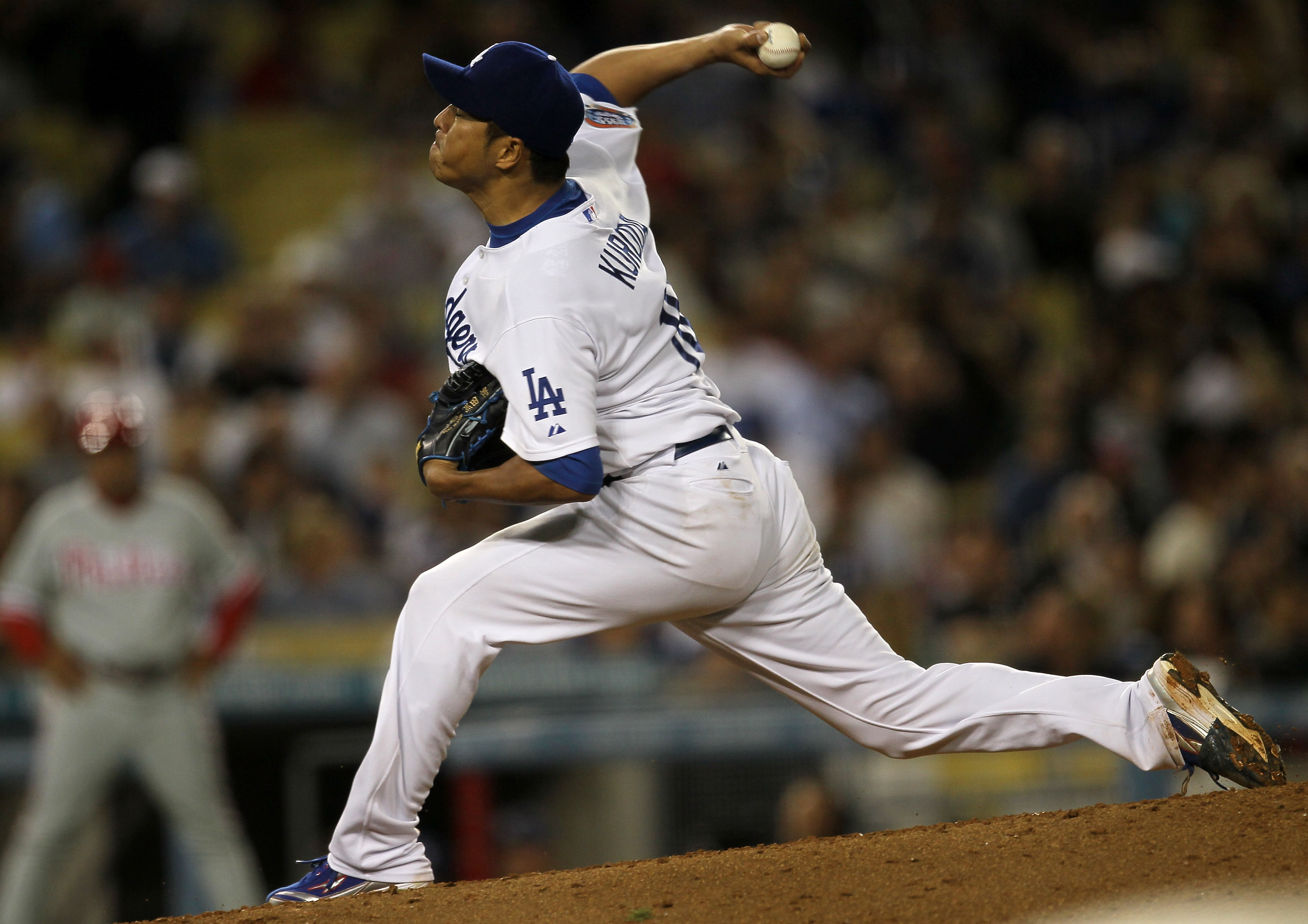 It didn't take long for the Dodgers to wipe their memory clean of Manny Ramirez.

The day after letting Manny walk to Chicago, the Boys in Blue got a combined shutout from Hiroki Kuroda and Hong-Chih Kuo to beat Roy Halladay and the Philadelphia Phillies, 3-0.

Kuroda took a no-hitter into the eighth inning until giving up a line-drive single to Shane Victorino.

Kuo came in for the final inning a third to close out a gem for the Dodgers, with Victorino's hit standing as the only hit allowed by LA in a victory over the eventual NL Cy Young winner.

Worst: Dodgers Shut Out By Padres, Eliminated from Playoff Contention 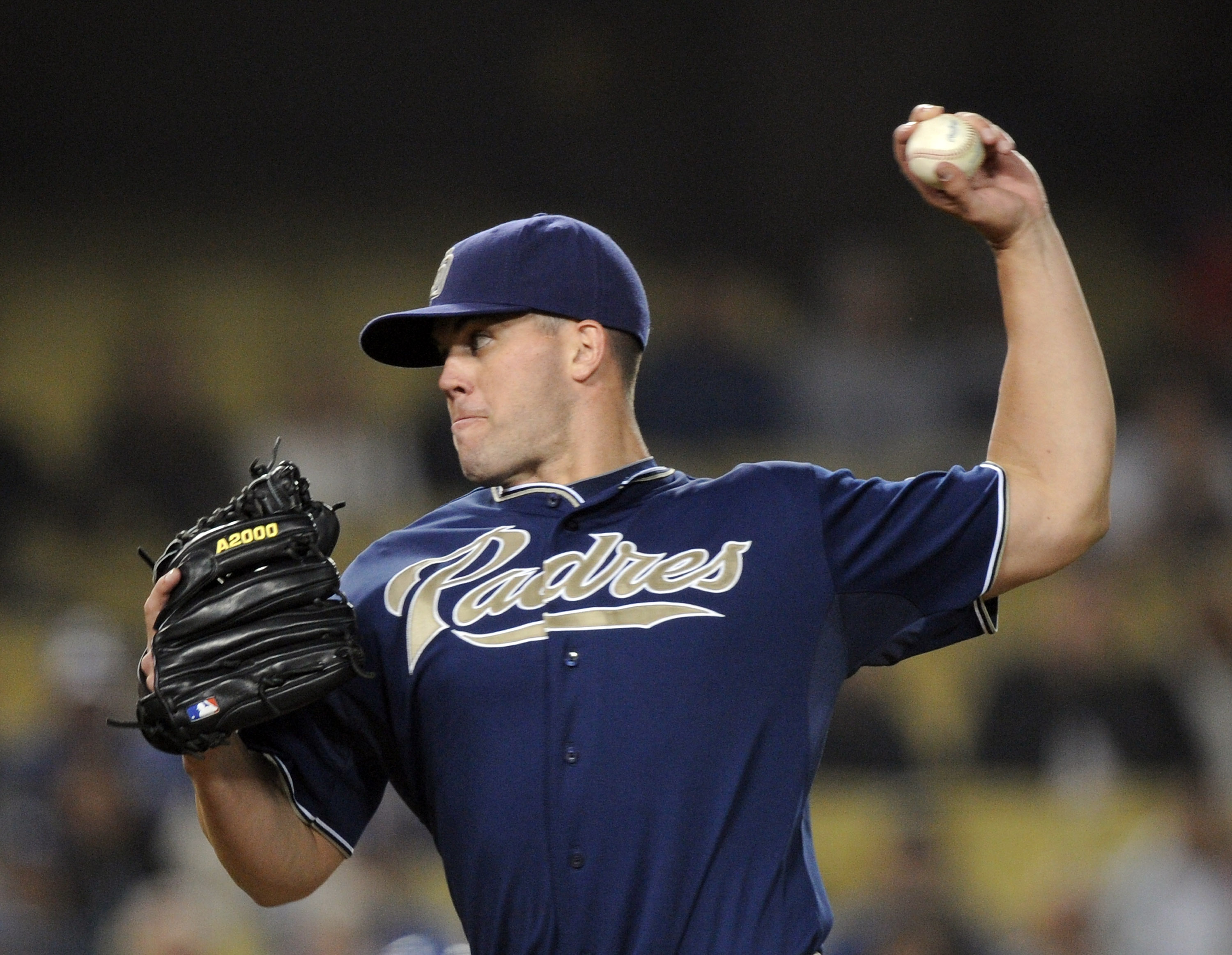 As well as LA's staff pitched at times, the Dodgers found themselves on the wrong end of shutouts more than anyone in Chavez Ravine would care to remember.

The Dodgers were shut out 17 times in 2010, with the last one coming on Sept. 21 against San Diego. Padres pitcher Clayton Richard went the distance, allowing eight hits and two walks while striking out six. 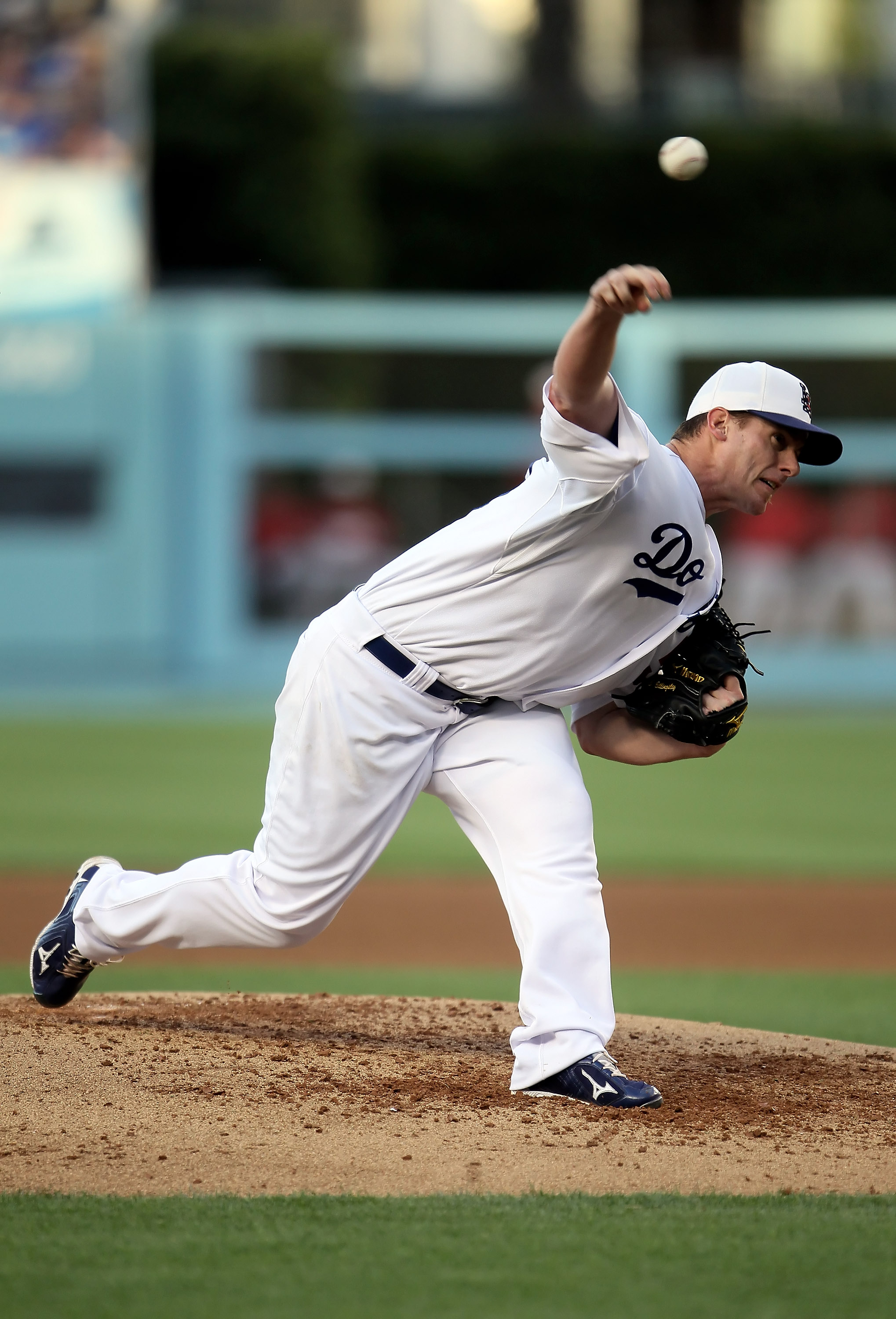 The 2010 season started rather promisingly for the folks at Dodger Stadium as the Boys in Blue railed off nine wins in a row against the Rockies, the Diamondbacks and the Padres.

The Dodgers outscored their opponents 50-18 in that span to run their record to 22-17, bringing the team to within one game of the division-leading Padres.

Worst: Dodgers Stink It Up in Interleague Play 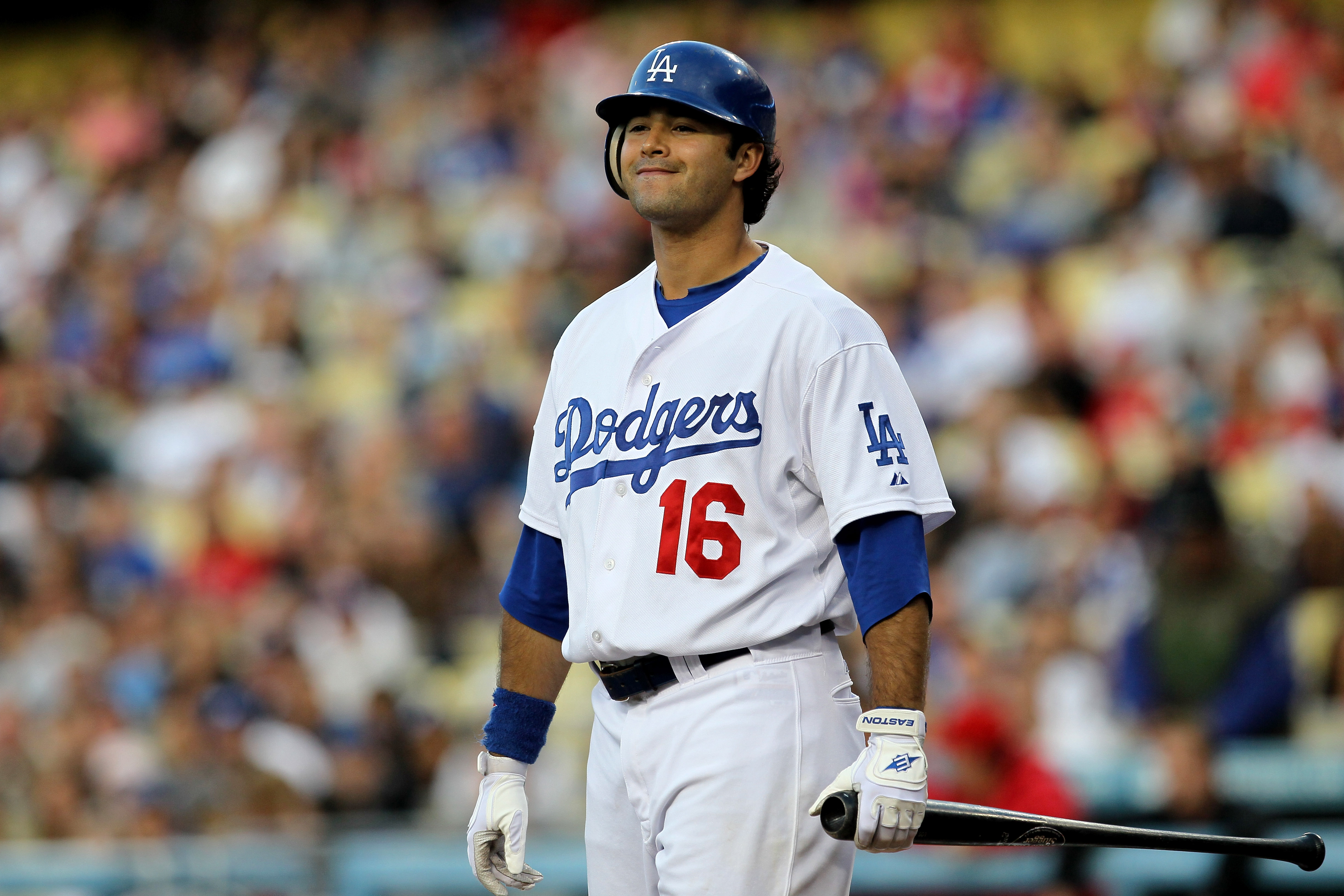 Of course, once the calendar turned to June, the Dodgers' season took a turn for the worse.

LA's 2010 interleague schedule began promisingly enough, winning two out of three games against the Detroit Tigers in May.

However, the Dodgers went 2-10 against the American League the rest of the way, including a three-game sweep at Fenway Park in Manny Ramirez's return to Boston and five losses in six games to the Los Angeles Angels of Anaheim, the Dodgers' regional rivals. 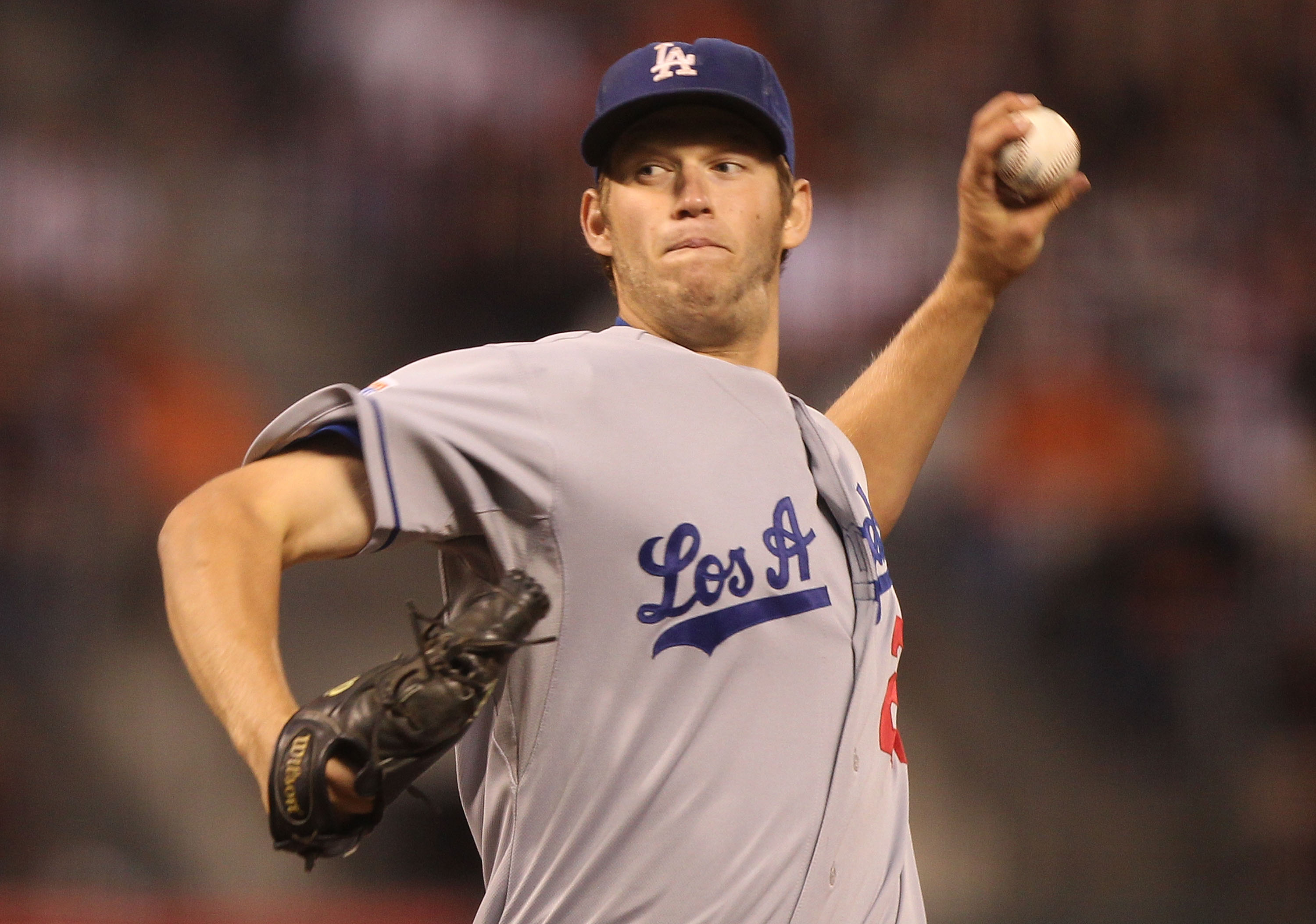 It's tough to make a list of highlights from the Dodgers' 2010 season without including Clayton Kershaw more than once.

Aside from outdueling Ubaldo Jimenez, Kershaw's best game of the season came on Sept. 14 at AT&T Park against the Giants.

The Boys in Blue beat San Fran 1-0 despite mustering only one hit against one-time ace Barry Zito, thanks in large part to Kershaw going the distance while punching out four Giants and giving up only four hits, giving young Clayton his 12th victory of the season. 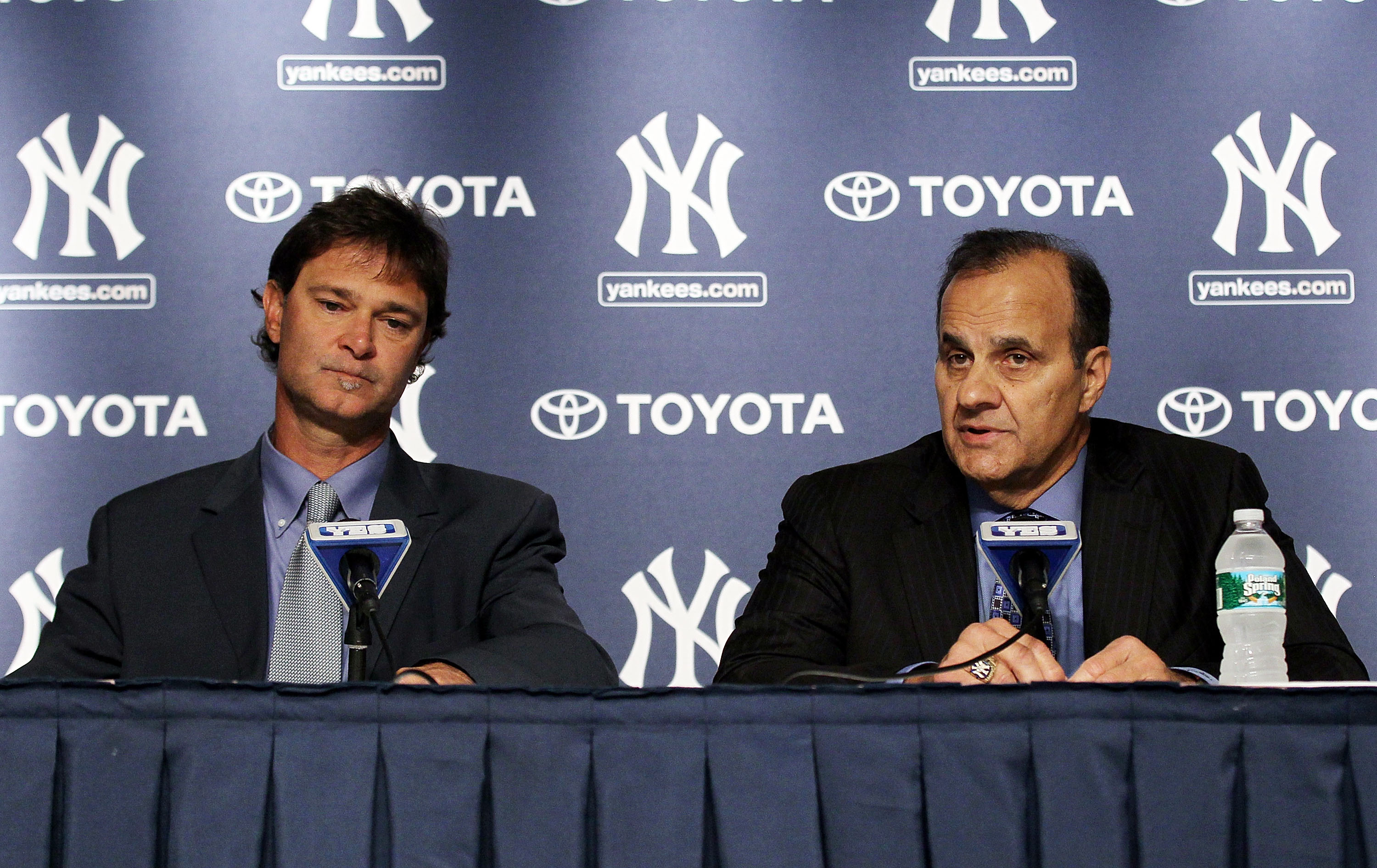 The Dodgers returned home from their road series against the Giants to some unfortunate news, as Joe Torre announced his retirement, meaning hitting coach and former Yankee legend Don "Donnie Baseball" Mattingly would be taking over as the team's manager in 2011.

Mind you, Joe Torre went out as the fifth-winningest manager in MLB history with 2,326 wins and had led the Dodgers to NL West division titles in 2008 and 2009.

And, mind you, Mattingly, as promising as he may be as a manager, has minimal experience at the position, with the highlight of his career being a gaffe in a game against the Giants that inadvertently led to a Dodger loss. 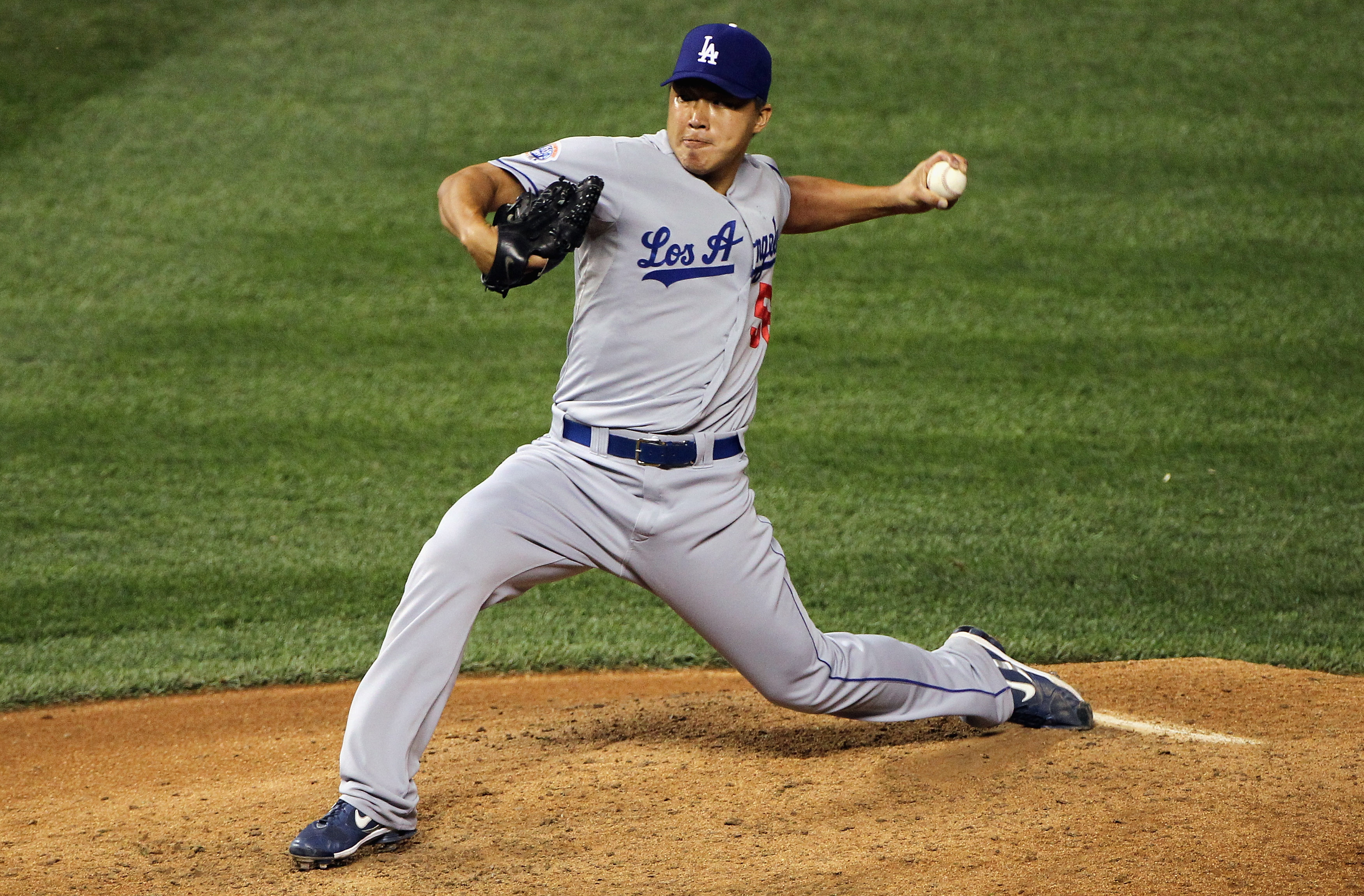 The Dodgers didn't do much offensively in 2010, so their season-long highlight naturally belongs to a pitcher.

Hong-Chih Kuo, LA's hard-throwing lefty reliever from Taiwan, finished the season with an ERA of 1.20, breaking the previous club record set by Eric Gagne in 2003.

After spending years battling wildness, inconsistency and injuries, Kuo came through in a big way for the Dodgers last season, recording 73 strikeouts in 60 innings and 12 saves after taking over for the struggling Jonathan Broxton as LA's closer.

Worst: McCourts Go To Court To Decide Who Owns the Team 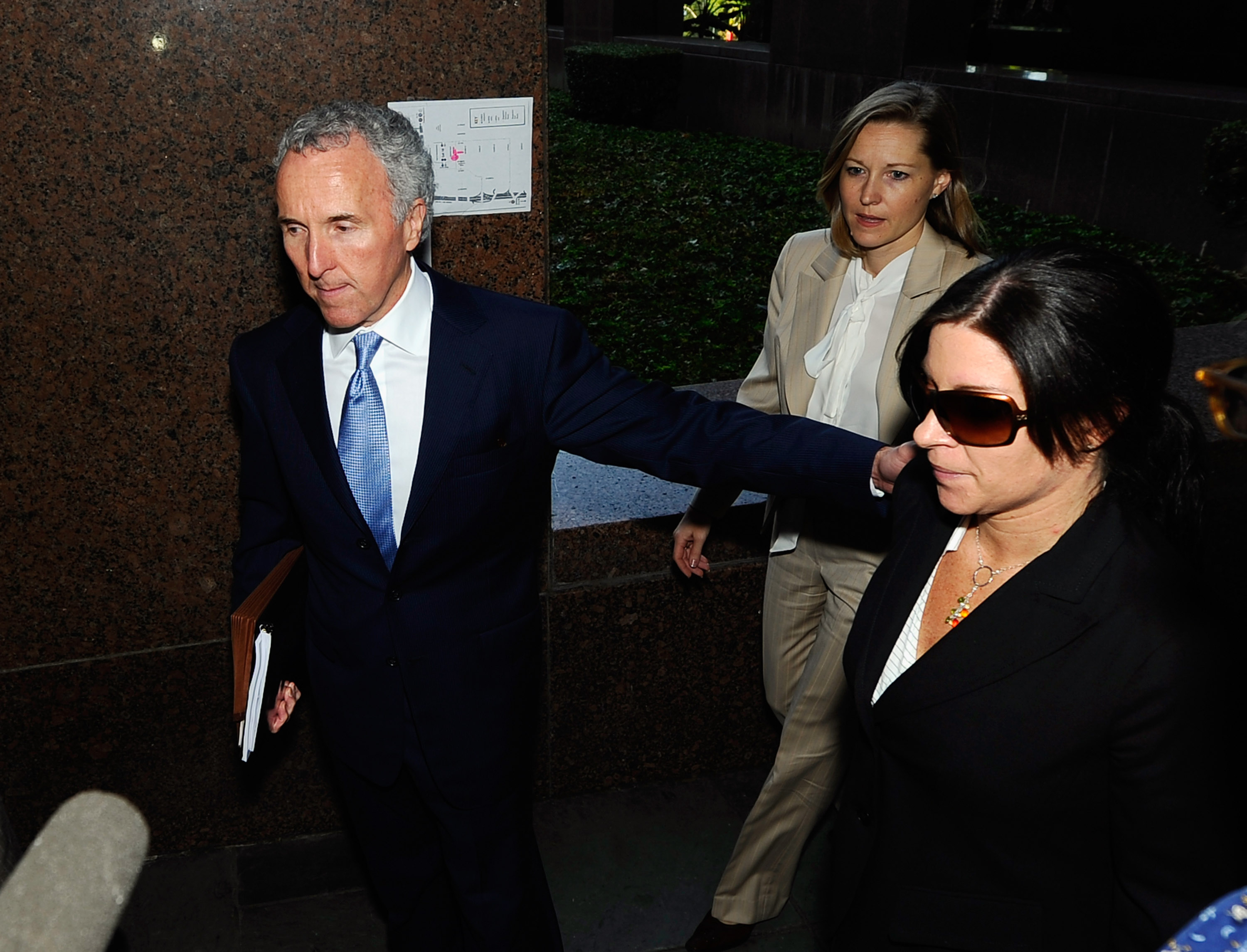 Of course, no account of the Dodgers in 2010 would be complete without at least mentioning the Hollywood drama that was the divorce saga between Frank and Jamie McCourt.

In October of 2009, the McCourts officially announced that they would be pursuing a divorce after nearly 30 years of marriage, putting the club's ownership situation in doubt.

The trial dragged on through the season and for about two months following its end due to a dispute regarding whether Frank was the sole owner of the franchise or if the parties had to split the franchise, valued at more than $700 million by Forbes.

The first round of court proceedings finally came to a close on Dec. 7, 2010, with the presiding judge invalidating a post-nuptial agreement put forth by Frank's lawyers claiming that the Dodgers belonged to him and only him.

That being said, the legal battle is far from over now that both sides have reloaded and will soon be ready to fight for control once again.

Needless to say, this entire situation, having dragged on for more than a year, has tarnished considerably the reputation of one of baseball's iconic franchises, leaving some to pine for the "good ol' days" when Rupert Murdoch and New Corp. ran the show.