Beware the Chair: A Sampling Of Bob Knight's Interviews, Speeches and Tantrems 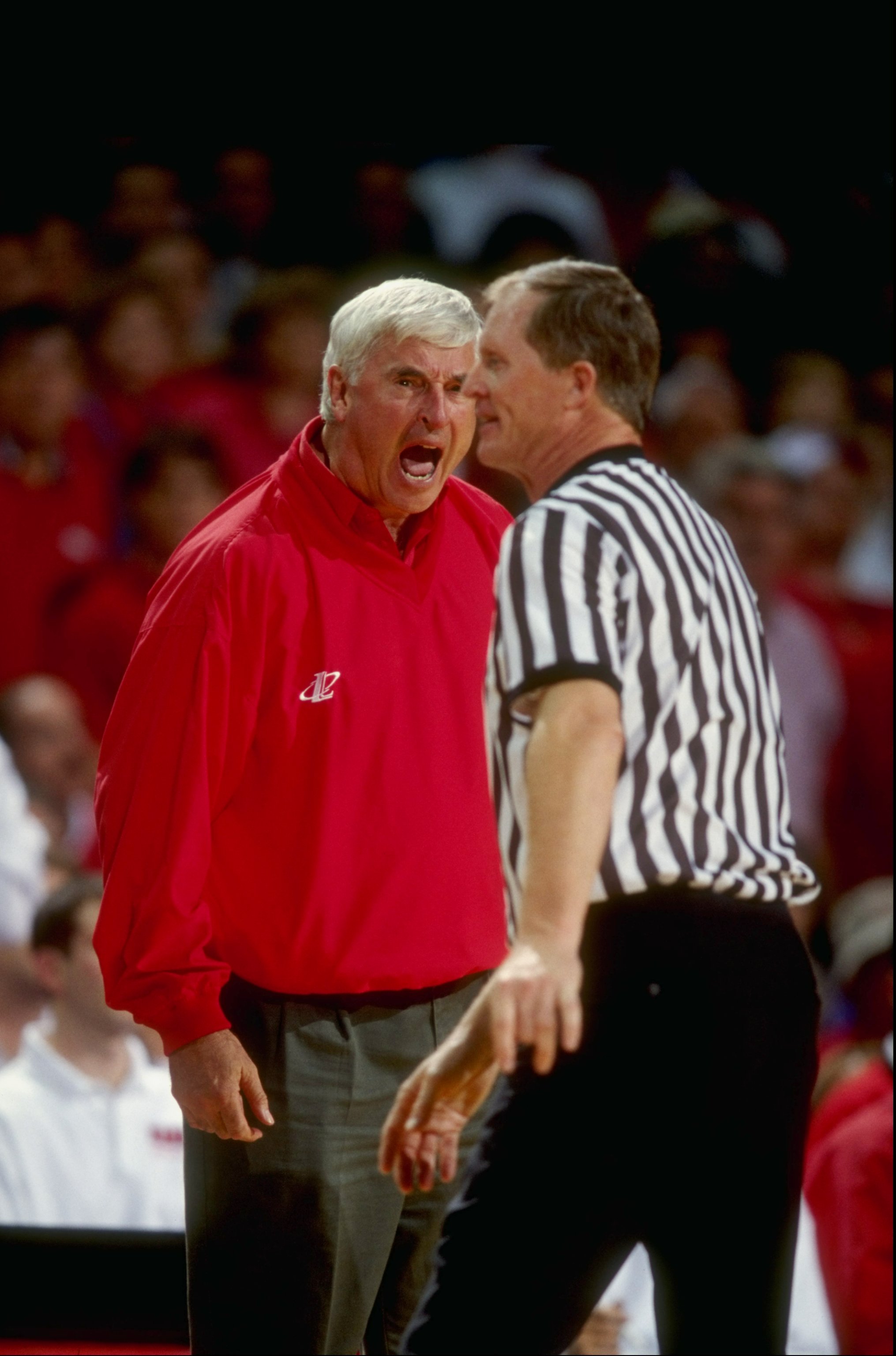 Former Army, Indiana and Texas Tech head coach Bob Knight is a genius, motivator and rabble-rouser all rolled into one fiery, but tremendous, leader

While this article could include hundreds of Knightisms and near-felonious actions, in the interest of readers' time only the pinnacle of BK escapades are captured here.

A golf program that has more expletives than putts? Absolutely.

A meltdown on his own television show. Sure.

And, of course, the infamous chair incident during a game against rival Purdue

Knight is undoubtedly one of history's most outstanding college basketball coaches.

But his demeanor? That's another f*****g story.

Obviously, the first slide must be "The Chair," considering it's Knight's—and perhaps college basketball's— most outrageous display of coaching insanity.

Still not satisfied, BK continued his verbal assault, resulting in a bench chair cascading across the floor while Purdue's Steve Reid prepared to shoot a technical free throw.

The refs then ejected Knight after T'ing him up two more times.

Rather than fielding questions about his current IU squad, Knight suffers through a reporter's interrogation regarding high school phenom and future Hoosier Damon Bailey.

BK then humorously uses a glass as a crystal ball in an effort to determine Bailey's status with Indiana the following season.

Knight ends the interview by listening to the glass. Its words: "What a sh***y question."

In a bizarre interview during "The Bob Knight Show" while at Indiana, Coach dismisses basketball and instead rambles on about flowers.

He talks about daffodils, petunias and roses for what Knight calls a "horticultural exchange."

When the announcer attempts to shift the conversation to basketball, BK again obsesses over the flowers.

With Knight, sometimes no "Why?" exists.

Those who continue reading might question the inclusion of this halftime speech. Truth is, very few have captured Knight behind closed doors.

Therefore, this "pep talk" is not only rare but intimidating and humorous at the same time.

While it seems the beloved coach saves his vitriol for the entire Indiana team, guard Greg Graham might be the centerpiece of this "f*****g" tirade.

In three minutes of soundbites, Knight proves just how strange, inappropriate and over-the-top he is when ranting about his relationship with former player Steve Alford, the importance of sportswriters, his use of whips and so on.

Beyond that, revealing too much would be unfair to you, the reader.

Perhaps the most hysterical video in this slideshow, during the taping of a golf program Knight examines ways to improve a person's golf game.

In the process, BK often fails at bunker shots and essentially goes insane.

Author's note: I apologize for the grainy video.

BK, however, saves the bulk of his segment telling stories about Michael Jordan, whom he considers history's best basketball player.

Coach Loses It on His Own TV Show (EXPLICIT)

Must have been a tough game.