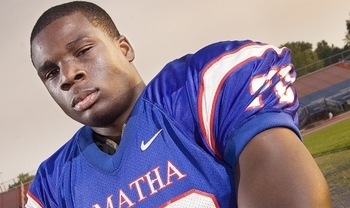 USC had a big weekend on the recruiting front, getting the long-awaited commitment from No. 1 overall receiver George Farmer that most observers considered a lock to join up with the Trojans for some time.

While Oregon was crawling into the picture, the Ducks were a long shot to land Farmer. Now that he's committed to USC, the chances of him going elsewhere have all but faded away. 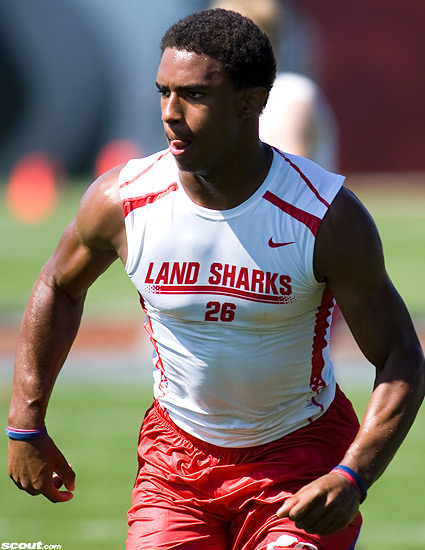 USC got off to a bit of a slow start by its lofty standards, but with 5-star defensive tackle Sheldon Richardson committing in November and George Farmer committing on Friday along with 4-star JUCO safety Isiah Wiley, the Trojans are rolling.

They have the most 5-star commitments of any team short of Texas and have firmly solidified as the top recruiter of the Pac-10 for the 2011 recruiting class. 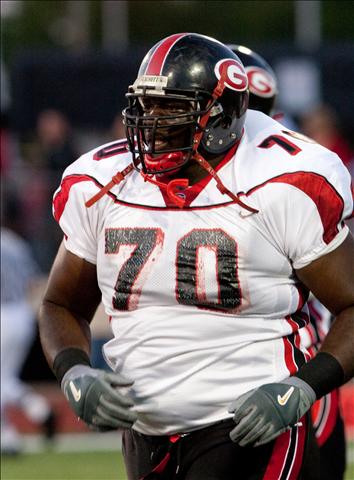 He's also a top-15 guard and a truly terrifying sight for his opposition. Walker has the stare-down perfected and uses his size and strength to dominate who ever is across the line of scrimmage.

The top guard from Ohio has already visited Ohio State and Michigan State, but is also considering schools from a pool that includes Pittsburgh, USC, UCLA and Penn State. 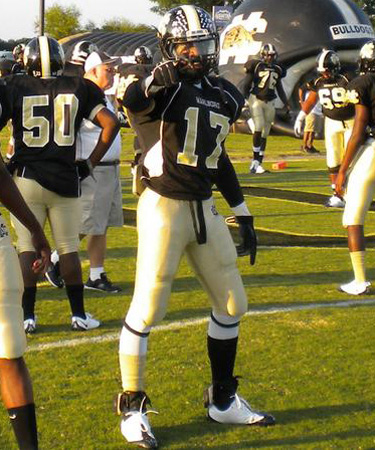 Townsend is a tackling machine and a playmaker who takes over games and makes things happen regardless of the situation.

Whether he's rushing the passer, dropping back into coverage or setting the edge against the run, Townsend excels. But his technique is raw, and at 6'2" and 207 lbs, he needs to add some bulk to his frame.

The two USCs, Southern Cal and South Carolina, are considered the frontrunners at the moment, with Townsend having already made official visits to both schools. Trojans coach Lane Kiffin has been after Townsend since Kiffin was at Tennessee.

Troy Niklas is an intriguing prospect that could have a future at offensive tackle, tight end or defensive end at the next level.

He'll need to bulk up and a redshirt year certainly seems like a strong possibility. But Niklas has a great natural frame and a huge wingspan.

Niklas has narrowed things down to three finalists: Stanford, Notre Dame and USC. He'll be making official visits to all of them over the next couple of months. 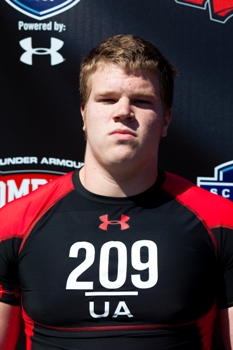 Hobbi is one of the top offensive guards in the country and he has the versatility to play every interior line position. He's athletic, has great size at 6'3" and 285 lbs and has a great initial burst.

Some scouts see him as a center, but based on his ability to pull and reach the second and third level of contact, guard might be better suited for his skill set.

It's been Nebraska's race to lose for sometime now, but Hobbi is still looking at USC among a few others. There remains an outside shot, though he has to be considered an unlikely candidate. 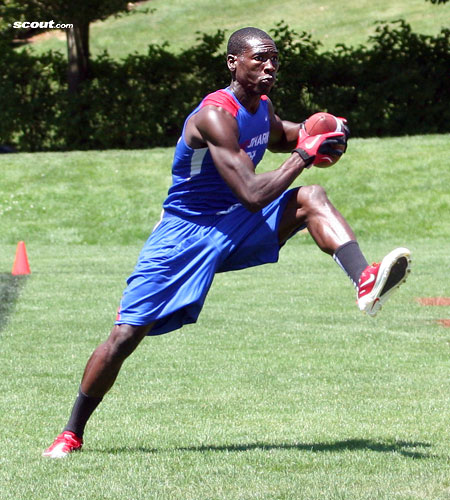 Lee is considered to be the top safety on the West Coast, though he has the potential to line up anywhere in the secondary.

He plays both safety and cornerback for his high school team, but based on his ability to dish out the big hits and roam freely, he likely has a brighter future in midfield.

A high school teammate of George Farmer, Lee's top five are Cal, USC, Oregon, Miami and Florida. After Farmer's commitment to the Trojans, things are looking good to land Lee as well. 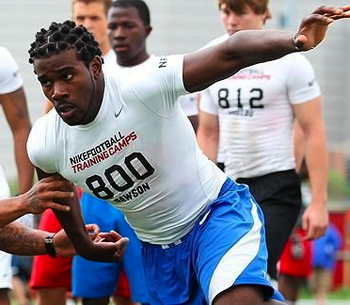 At 6'3" and 230 lbs, Dawson has ideal size for a middle linebacker. But it's his work ethic, aggressiveness, discipline and speed that really make him an eye-popping talent.

He's got the linebacker mentality that you love to see in a prospect. He'll bulldoze his way through the offense to get to the ball-carrier, he won't give up position or over-pursue and, best of all, he will lay his body on the line and allow a teammate to make the play.

Dawson is still looking at a ton of schools headlined by Oregon, Florida and Kentucky, but USC, Tennessee and Michigan are still in the mix as well. 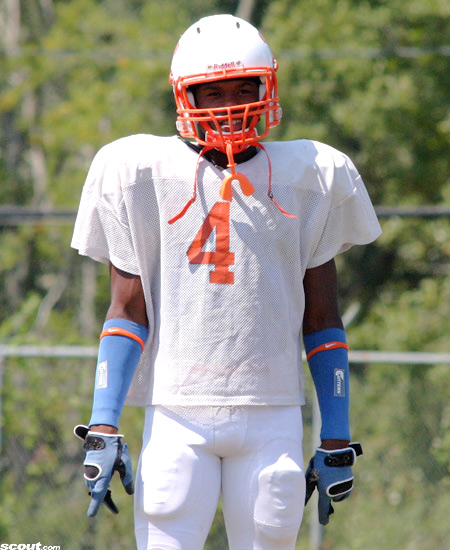 A top-five safety in the 2011 class, Florence is a very instinctual player who can really put a licking on a ball carrier. He's got solid form when tackling and often angles himself for the big hit, which is probably the most noticeable part of his game.

Florence always finds himself around the ball and when it's in the air near him, he's trying to make a play on it every time.

It's a mini-Iron Bowl for Florence with Alabama and Auburn battling it out, but USC rounds out the coveted safety's list, and he says the Trojans have been going after him really hard for the last several months. 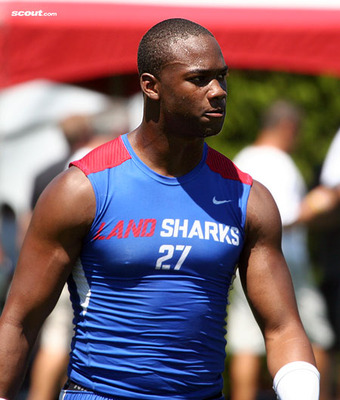 Gibson, like a couple other top-25 linebackers, plays defensive end in high school. But his future looks to be at outside linebacker, where he rates as one of the nation's top prospects.

Gibson has the size, athleticism, speed and agility to be very successful at the next level. As a pass-rusher, he's a real force on the edge, and if he gets a good burst off the line of scrimmage, there's no blocking him.

It's been Cal, Oregon and USC for months now, and at this point it looks like Gibson has all but eliminated any other team from contention. 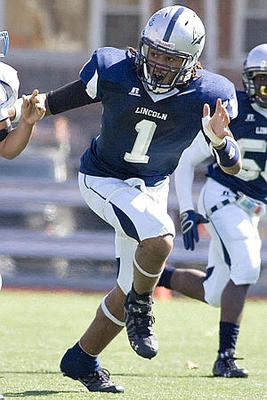 Ishaq Williams is an athletic freak with the potential to be a superb outside linebacker or strong safety on top of his skill along the defensive line.

He's long and rangy, runs a deceptively fast 4.7-second 40-yard dash and he is one of the most intense players you'll ever come across.

At this point Williams claims to have narrowed things down to a five-school pool that includes Alabama, Penn State, Notre Dame, Syracuse and USC. 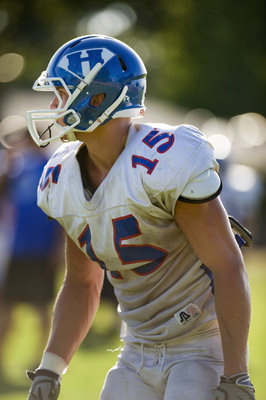 Lyerla plays both tight end and outside linebacker in high school, but his future looks like it'll be on the defensive side of the ball.

He's very athletic and displays some of the most fluid movements of any defender of his size in the country. At 6'5" and 225 lbs, he moves like a wide receiver with the hitting ability and aggressive tendencies of a linebacker.

It's a near-perfect combination of attributes for an outside linebacker who can either rush the passer or drop back in coverage depending on the down.

Oregon is the leader in this one, but the most recent chatter has USC and Cal as Lyerla's second and third options. 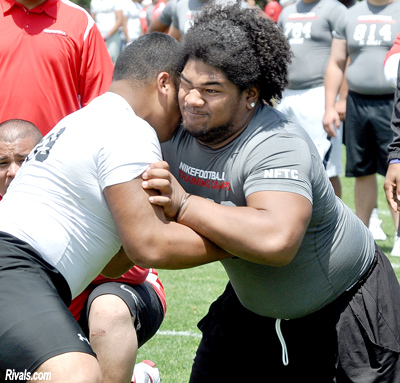 The 6'4" and 340 lb defensive tackle is by far the biggest of the elite prospects at his position. Moala can play as a run-stuffing, penetrating defensive tackle or he can clog up the middle with a constant double-team as a nose tackle.

Even at his size, Moala is very quick off the ball and he can make plays in the backfield and on the edges. That's really the key to his game. He's not just a space eater who is there to take on blockers.

Moala just returned from a trip to USC that he had nothing but good things to say about. He's also visited Arizona State and Washington and has one scheduled with Oregon State and possibly Cal, Florida or LSU.

At the end of the day, though, this is a two-horse battle between USC and Cal. 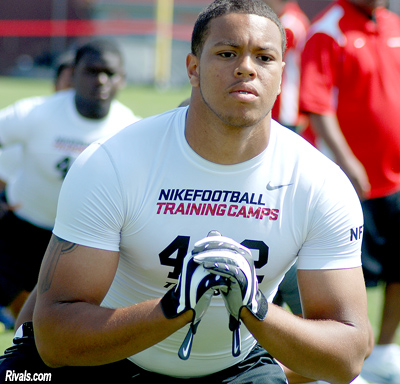 Townsend has the athleticism and size to play anywhere from linebacker to defensive tackle on the next level. He's got great instincts and strength, but his body control and balance are what stand out the most when you watch him play.

Not many prospects his size are able to maneuver around blockers and contort their body without losing footing or balance. Townsend just squeezes past his opponent and sets himself up to make a play.

Townsend narrowed his choices down to a final three of TCU, USC and Washington a couple of months ago, and while he's already scheduled for an official to TCU, he's still trying to figure out if he'll go to USC or Washington. It all depends on who's willing to host him in the short time he's available. 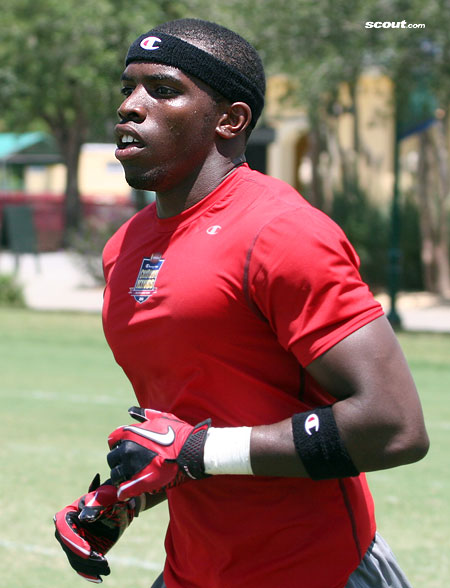 Grant is the best cornerback prospect in the country, rated No. 1 by Rivals and No. 2 by Scout.

He's even better than advertised and definitely fits the bill at a generous 5'10" and 175 pounds.

He's lightning-fast, tests off the charts athletically, tackles with a lot of power and has a great nose for the ball.

Ohio State has the clear lead to land the in-state prize but Michigan State, USC, Notre Dame, Iowa and Penn State are all still being considered according to Grant. 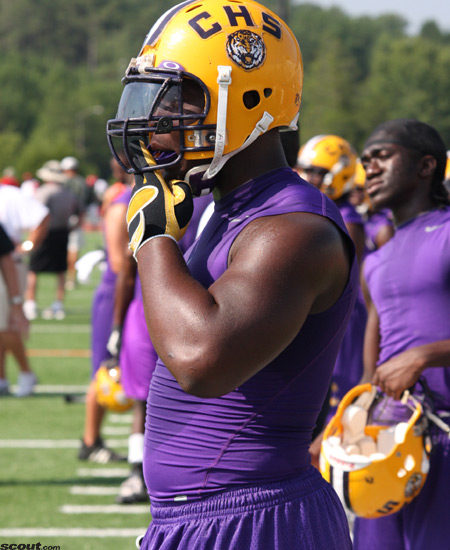 At 6'2", 275 lbs, Jernigan is an athletic big man who moves extremely well for his size and can get into the backfield in a hurry.

He has all the tools to become an elite college defensive lineman. He's strong, stays low to the ground, drives with his legs and has a relentless motor.

With Urban Meyer out of the picture, forget about Florida. Jernigan's top choices are Alabama, Michigan, LSU, Florida State and USC. Alabama, LSU and FSU are moving ahead of the pack though. 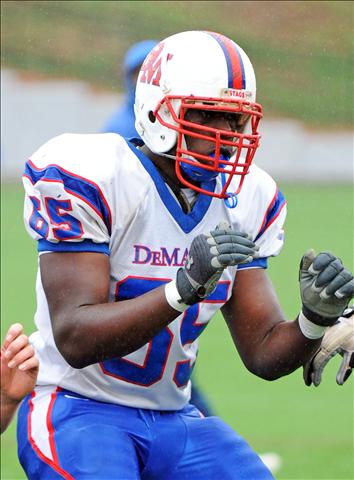 He has a huge wingspan and, at times, appears to move as swiftly as someone half his size.

When it comes to natural ability as a blocker, Kouandjio has top-end balance and moves his feet as swiftly as any high school player I've ever seen. He does a great job staying low to the ground and using his tree trunk-like arms to manhandle defenders.

Kouandjio's top five are Alabama, New Mexico, Iowa, USC and Miami. His brother is at Alabama and no one has been going after him harder than USC. But New Mexico is an intriguing choice and Iowa is known for developing lineman. Still, it's Trojans or Tide here.