Golf Writer Andy Reistetter was on site at LPGA International in Daytona Beach, Fla., to catch final-round action of the 2010 LPGA Qualifying Tournament.

Something magical is happening on the LPGA Tour…

Looking back over the first year of LPGA Commissioner Michael Whan's reign, there is much to celebrate.

In doing so, Tseng became the youngest golfer ever in the history of the game, male or female, to win three Major Championships.

The LPGA's darling Michelle Wie won on the LPGA Tour for the second time outside the United States, this time in August in Canada to go along with her November 2009 victory in Mexico.

The likes of Beatrix Recari, Carling Coffing and Alexis Thompson guarantee more magic for the LPGA Tour in 2011.

Spain's Recari won for the first time at the CVS/pharmacy LPGA Challenge in October in California.

Coffing won The Big Break and is an exciting player to watch especially when performing a unique jig after sinking a putt that brings the fun element back into the game of golf.

America's Thompson at age 15 is petitioning the LPGA for more than the standard six starts granted by sponsors.

America's Morgan Pressel and South Korea's Aree Song are the only players who have previously been granted early membership prior to their 18th birthdays.

Pressel is the youngest-ever at age 18 to win a Major on the LPGA Tour.

Song was a child prodigy along with her identical twin sister Naree (both former last name of Wongluekiet).

Now at age 24, she has won a million dollars on tour but has yet to win a golf tournament.

After winning the 2010 LPGA Qualifying Tournament, she is now the new song being sung by the LPGA Tour.

To verses of international competition, have fun playing golf and putting the sizzle and color back into the women's professional game, this song will resonate wonderfully in 2011 for the LPGA.

"These world chicks rock, sizzle and have fun!"

The essence of golf and the LPGA Tour itself were quite evident on the back nine of the Champions Course today in the final song of the 2010 season.

Amateur-now-turned-professional Jessica Korda led the field by two strokes going into the fifth and final round of the female Q-School.

By the time the final group made the turn, the weather had turned as well. It was horrible: cold, windy and rainy.

Korda, with her father, Czech tennis star Petr on the bag, had lost the lead to Song by the turn but gained a share of it back with a birdie on the downwind par-4 10th hole.

Caddies know best, but what does a tennis player know about competing in a driving rain storm?

The third member of the final group was Libby Smith, who started the day in third place but had a miserable day, as miserable as the weather.

Smith, a civil engineer out of the University of Vermont, played women's basketball and men's golf in college.

Her story of this round of golf is one we have all experienced.

It that started with promise, only endured because of gut and determination and finished on a positive note yet with disappointing less-than-expected results.

A slipped grip on her tee shot at No. 10 resulted in an unplayable lie and a double bogey.

The MoJo was nowhere to be found as she bogeyed the next four holes in a variety of ways: mostly sandy lies as she played four sand shots in two holes and rimmed out a short putt on the 14th green.

Then the MoJo appeared as the weather lightened.

After another bunker left drive and a solid but unfortunate 3-wood out of the bunker that caught the forward mound, the tall one with a loopy Furyk-like swing hit a wedge to six feet and made the putt for a pro save.

On the par-3 17th, with her game restored, so too was her honor on the 18th tee after she made par and both Song and Korda bogeyed.

Smith is back walking and communicating with her caddie, even remembering the big crane that sat on the log in the water earlier in the week.

After a couple of solid pars, she hooks a lay-up shot on the par-5 18th left into the water. But on the green she cans a 25-footer for par to end the despairing round of 82 to finish 22nd: two strokes short of a fully exempt 2011 LPGA card.

We, whether professional or amateur, have all felt that roller-coaster ride.

While Libby Smith did not sing the victory song on the back nine, it was going to be either Aree Song or Jessica Korda dong the celebrating as the 2010 LPGA Q-School Champion.

The rub in Korda's march to duplicate amateur Paula Creamer's Q-School triumph in 2004 was a missed up-and-down from the greenside bunker at the par-3 14th.

Moments after the scorer remarked "Korda will end up being better than Michelle Wie," Song hit a magical chip and tapped in for par to take a one-stroke lead that she would take all the way to the clubhouse.

All three players parred the par-4 15th hole, the hole where Libby Smith resurrected her game.

All three players used the backboard behind the hole on the short par-4 16th and all three missed birdie putts inside 12 feet.

Song, with honors on the difficult, into-the-wind, par-3 17th, hit her 3-wood solid but slightly left, with the ball careening left off the elevated green complex into the water hazard.

Not knowing if Song's ball was wet or dry, playable or unplayable, Korda then launched an iron safely into the right but dry bunker.

Song was dry and playable out of the hazard. Korda's long bunker shot with water long was well short. Both players bogeyed with Song one stroke ahead heading to the par-5 18th hole.

In the end, it was a routine par for Song to win her first meaningful, yet unofficial, professional tournament.

Jessica Korda, like Libby Smith, laid up in the water hazard left and made bogey.

Soon afterwards, Korda declared herself a professional and looks ahead to a promising new year turning 18 in February, graduating high school in June and playing on the LPGA Tour.

She will not be defending her title in January at the Women’s South Atlantic Amateur Championship, the SALLY, which dates back to 1926 at Oceanside CC in Ormond Beach.

For the kid who knew she was too tall for figure skating when she fell on her head a couple of times before giving it up at age 10, she is looking forward to the transition to professional golf, where she will continue to "play for the trophies."

And for Song, now seven years wiser and older, this is "starting over, a new chance" on the "best tour in the world."

Having recovered from a shoulder injury suffered at the 2009 Jamie Farr LPGA Tournament in Toledo, though now shorter in length, she feels again "like I can make birdie on any hole when I step on the course."

Korda, Song, Recari, and Coffing will all be rocking…

Andy Reistetter is a freelance golf writer as well as a Broadcast Assistant for The Golf Channel and CBS Sports. He spends time on all four major American golf tours: the PGA TOUR, Champions, Nationwide and LPGA Tours.

Reistetter resides in Jacksonville Beach, Fla., near the PGA TOUR headquarters and home of The PLAYERS Championship at TPC Sawgrass in Ponte Vedra Beach.

A lifetime golfer, Andy enjoys volunteering at the World Golf Hall of Fame and pursuing his passion for the game of golf and everything associated with it. He can be reached through his website www.MrHickoryGolf.net or by e-mailing him to AndyReistetter@gmail.com 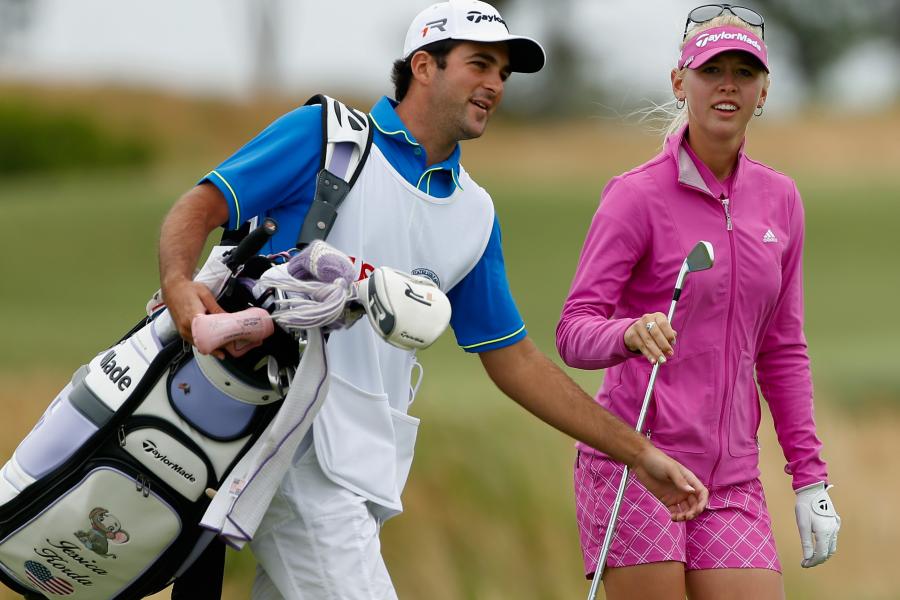 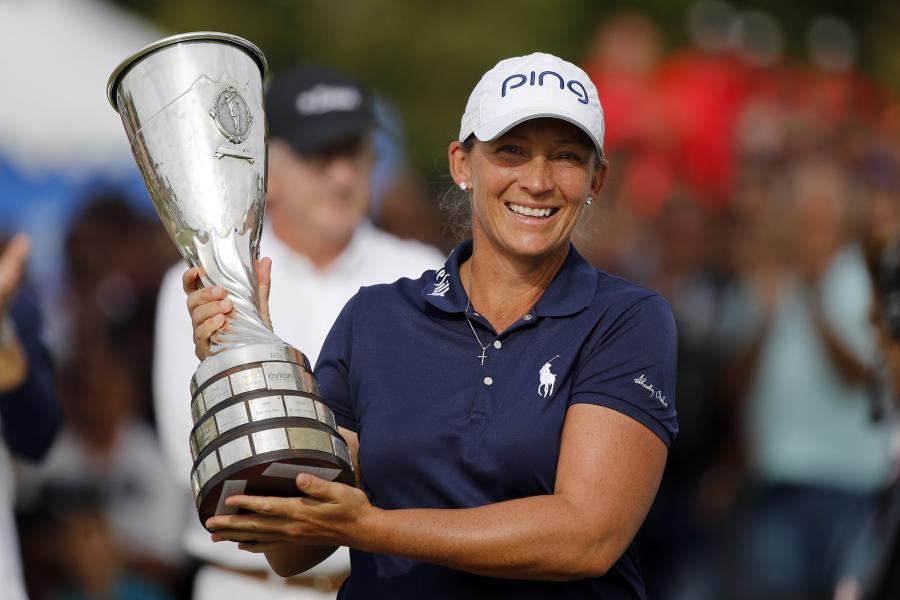