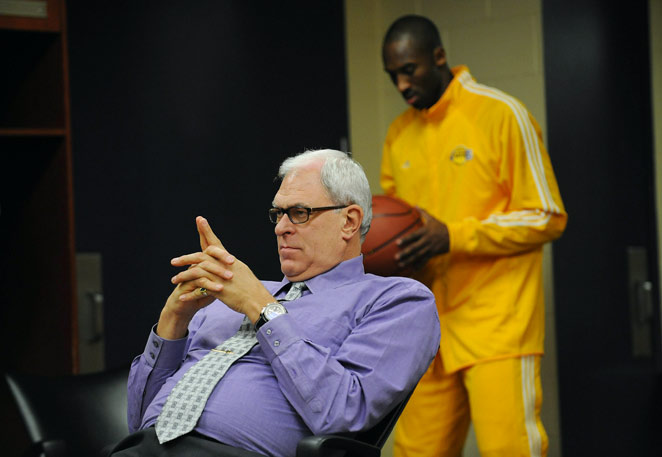 Los Angeles Lakers head coach Phil Jackson has a secret. Clearly, there is something he knows that the rest of us don’t. He is without equal in the modern age, not only in basketball, but in all sport. Eleven NBA titles and thirteen Finals appearances. The level of excellence is unmatched. There is obviously something he is doing, something that makes his approach so successful.

So, what makes Jackson unique?

Sure, he’s been labeled “the Zen Master” for years because of his approach to the game, his quirky mannerisms and the things he talks about. But, his unique style has separated him from all other NBA legends.

And, it's only fitting we reveal this secret behind the Zen today, as the Lakers embark on an east coast road trip that finds them playing Jackson's old team tonight, the Chicago Bulls.

For it was in Chicago in the 1990’s, when Jackson was head coach of the Chicago Bulls, where the Zen began. He honed his approach to the game, coaching the great Michael Jordan to six NBA titles, including two three-peats and setting the record for regular season wins in 1995.

There are key elements to Jackson’s style that are a real difference from other NBA coaches. Coincidence or not, Jackson holds the most rings coaching, at eleven and the twelve-pack possibly looms next June for his Lakers.

What are the elements of Jackson’s style? Let’s look at the keys for Jackson to prepare and allow the Lakers to hoist another NBA trophy.

These are the Secrets of Zen. 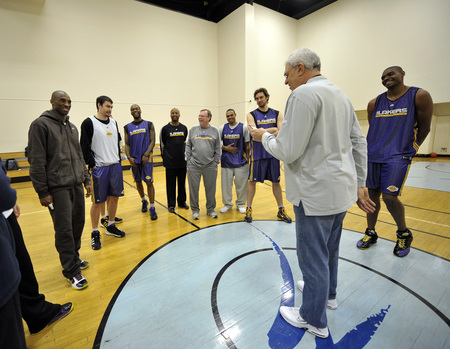 Jackson is a basketball junkie. He’s lived the game for over forty years. He’s done it all, worked his way up from the nether regions of the sport to the pinnacle. And, he’s done it all his way. But, when it comes down to it, he’s a really a tactician.

He prepares his Lakers as hard as any other Coach. It’s amazing he’s won Coach of the Year only once. Only one!! We sure root for the underdog and not reward excellence.

Kobe Bryant has even given Jackson and the triangle offense master, Tex Winter (Jackson assistant) credit for improving his film study. Kobe and Jackson will spend countless hours watching tape and now, according to Kobe, nearly think the same and are almost always on the same page. 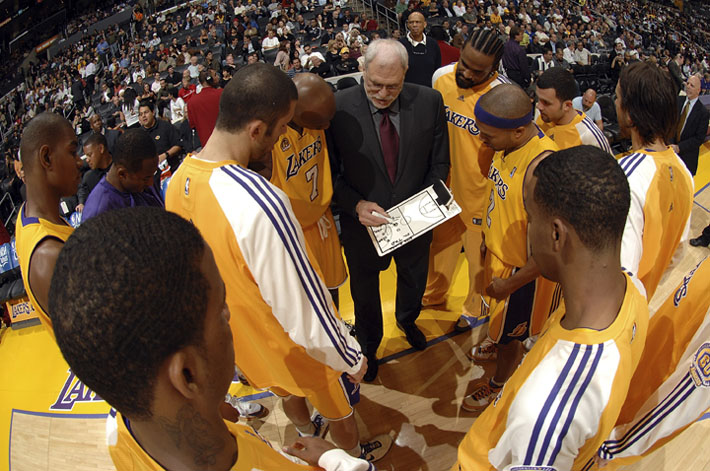 Jackson preaches execution like a southern minister preaching hell and fire. He is adamant about precision and flow. His triangle offense requires this level of detail. And, it shows.

In wins, chances are the Lakers offense hummed like a vintage muscle car. In losses, the first area any fan can point to for the failure was offensive execution.

The triangle allows ball movement and is an equal opportunity offense, where it creates open shots for any player. And, the Lakers roll best when they execute the triangle. How many times have you found yourself screaming at the TV for the Lakers to run their sets?

Watch Jackson and he'll be yelling at the same time you are. 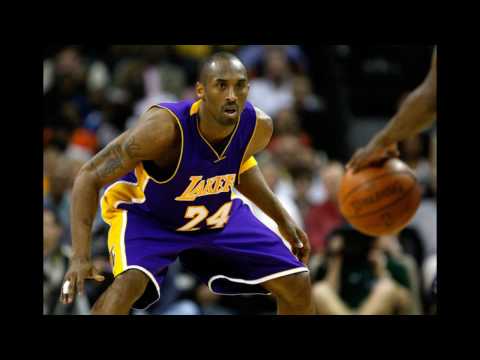 Everyone focuses on the great players Jackson has coached, or his classic triangle offense. But, he’s a defensive powerhouse.

Jordan’s Bulls won titles because they could defend. The Shaq/Kobe Lakers stopped people.

This current iteration of the Lakers is at the top of the defense rankings in the league.

And, when the Lakers lose, it is entirely because of the defensive side of things. Sometimes, their poor execution on offense and not running the triangle, translates to poor execution on defense, as well. It goes hand in hand.

Quality execution equals quality shots translates to setting up and properly executing on the defensive end. This is fundamental to Jackson's defensive philosophy. 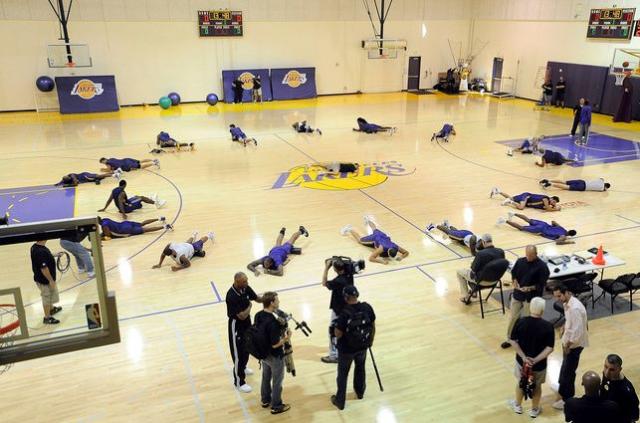 Jackson has the Lakers meditate before many games. Sounds silly?

Try powerful. Like everything with Jackson, there is a purpose, and this isn’t something new to Jackson and his coaching style. He had Michael Jordan’s Chicago Bulls do the exact same thing.

Basically, meditation involves quieting the mind, finding a state of relaxation among the chaos both internal and external. Jackson’s track record proves this must have merit.

He wants his players calm, especially before the biggest game of their careers.

So, laugh as you must, but there is clearly something working with this approach. His players exhibit poise and so does he. 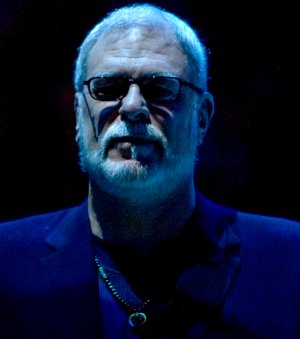 Maybe this is tied to the whole meditation thing, but Jackson predicates his coaching style on poise. That's why you won’t see him call a tremendous amount of timeouts, at least in the regular season.

He likes to say that he wants his players to work out their problems on their own.

Letting his players solve their own problems does teach poise, as the Lakers don’t get rattled, even on massive runs by the other team. Jackson will sit there and watch the action. Rarely will he stem the tide by calling a timeout.

It is a unique style and many a Lakers fan can be heard screaming at their TV for a T, but Jackson has the victories and rings to back this up. 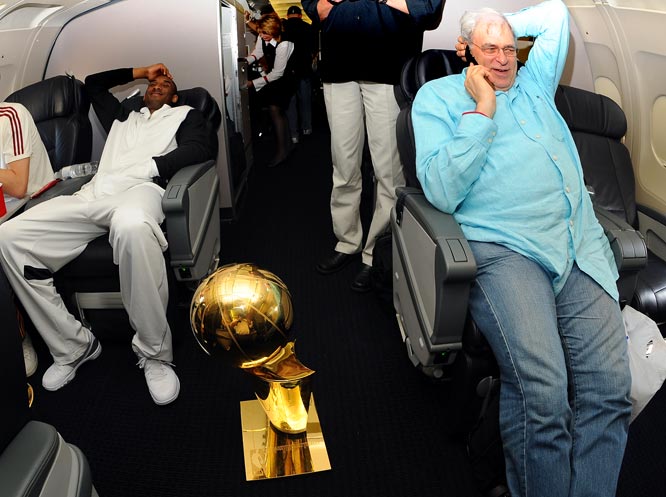 It all comes down to this. Jackson has coached in 13 NBA Finals.That’s even hard to write. He’s got eleven rings. But, everyone wants to ding him for having great players, and that is true. They want to say he isn't the greatest coach, just lucky. But, to say that now, with the scoreboard and the success, is simply ignorance.

Remember, Jordan won nothing until Jackson. Shaq and Kobe couldn’t even get out of the Western Conference playoffs. And, Kobe experienced his only losing season as a player without his Zen Master.

Everyone wants to say the Lakers winning or losing comes down to what Kobe does. And, it is true, in most aspects. But when games count, so does coaching.

Jackson has the edge over all other NBA coaches. Call him what you want, but I’ll call him what he is: the NBA’s greatest coach.

The media loves to position him as a Zen Master and it is fun to play around with. But Jackson is more drawn to Native American ways. So, he’s the really Lakers’ Shaman, their Medicine Man, getting them ready for the reign dance. And, those are his real secrets.

Want to learn why Phil Jackson is the perfect coach for Kobe Bryant? Or, why their partnership is like a Samuari warrior in Kobe paired with the village Wise Man in Jackson?

Check out the new book, The Kobe Code: Eight Principles For Success- An Insider's Look into Kobe Bryant's Warrior Life & the Code He Lives By, at www.PatMixon.com.