Newcastle United: 10 Men Who Could Replace Chris Hughton in the United Hot Seat 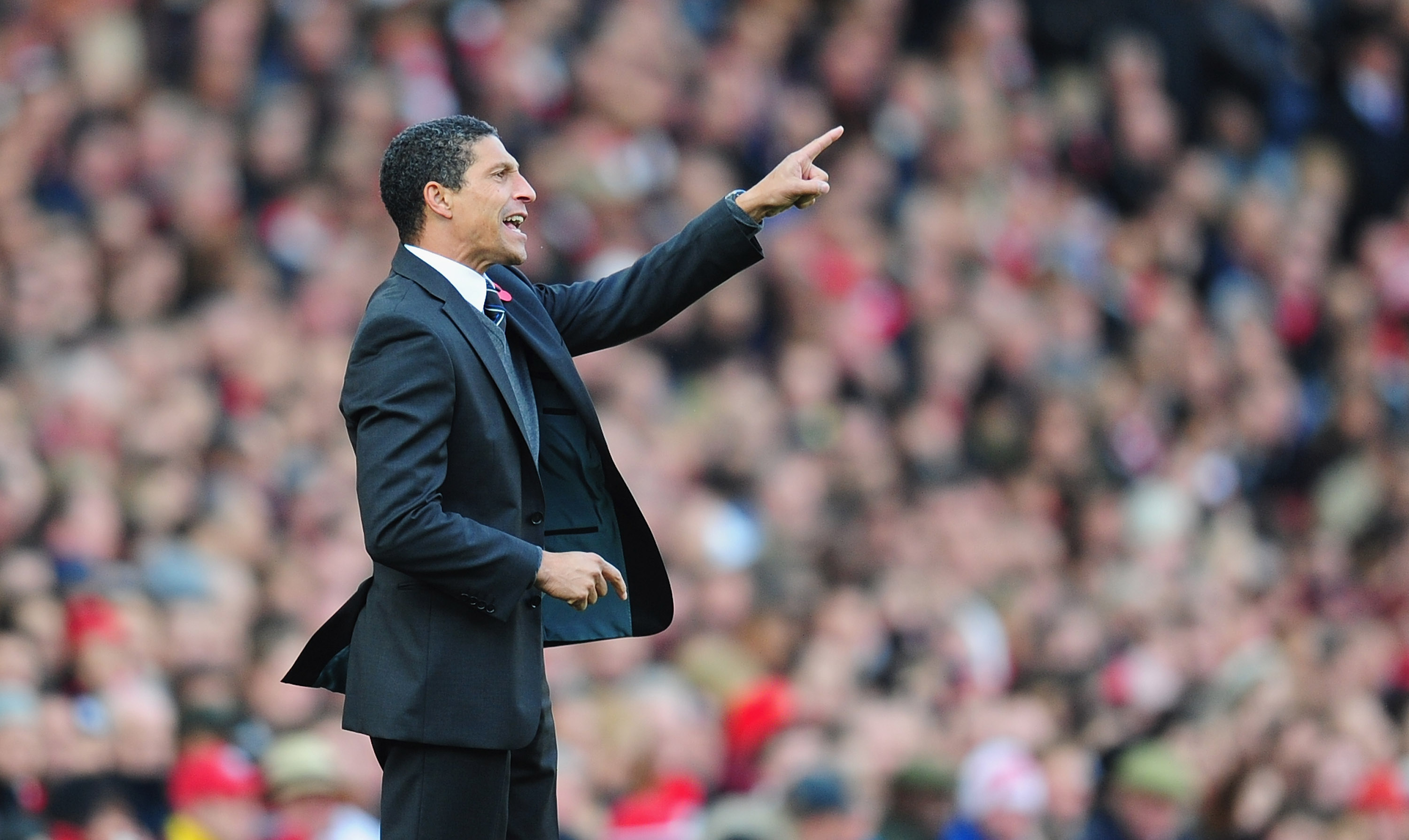 Who will replace Hughton?Mike Hewitt/Getty Images

It seems football's nice guy will come out better from the sacking than United chairmen Mike Ashley, who once again left Newcastle fans stunned and appalled.

But life moves on, and Newcastle fans now have to face the idea that a new manager will be in the hot seat, possibly by this weekend's crunch game with Liverpool.

The usual names have been linked and most will leave fans panicking that relegation will now be back on the cards with the club just four points above the relegation zone.

Here is my guess at who may be on Mike Ashley's shortlist for you to laugh and cry over. 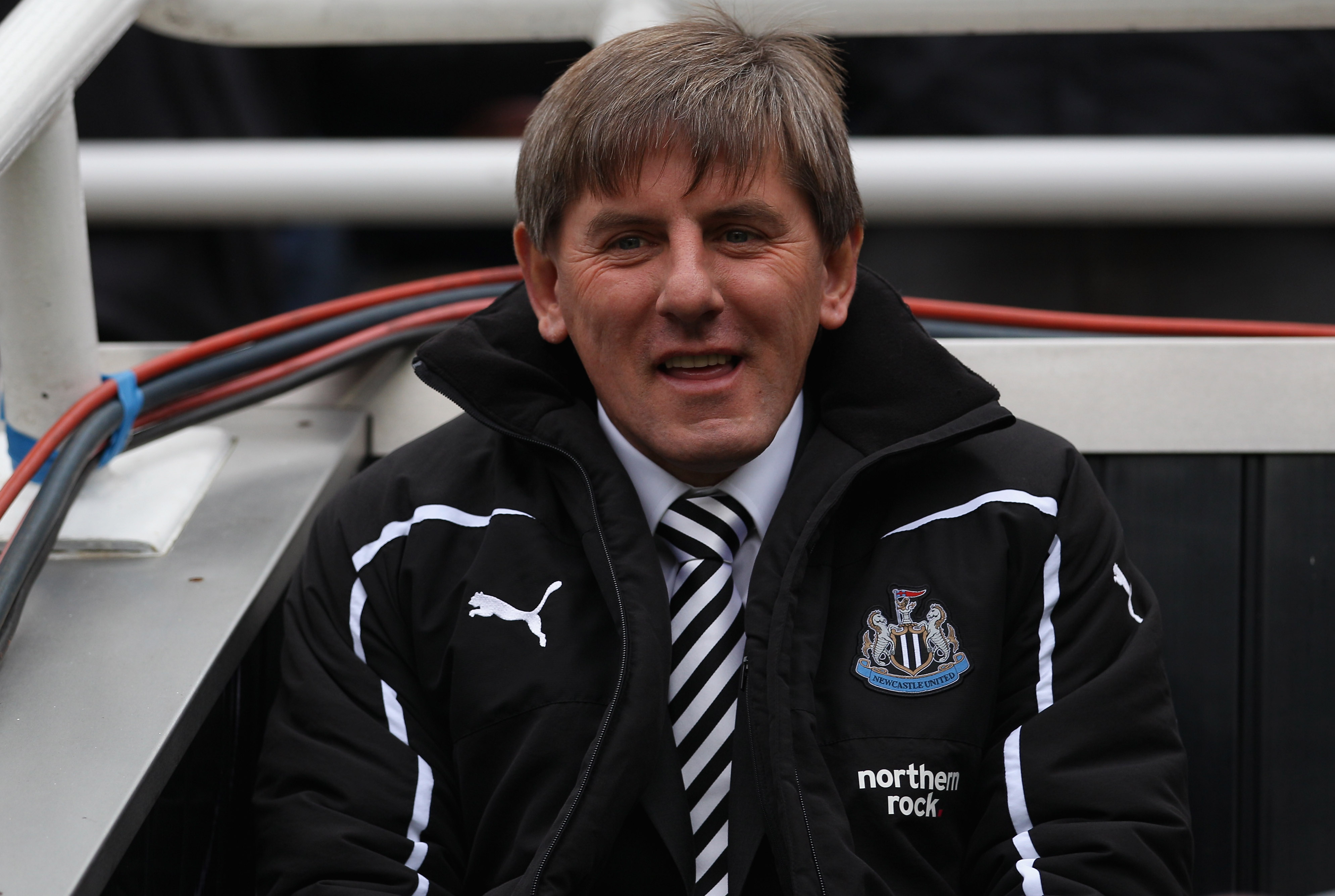 A Newcastle hero, Peter Beardsley is a geordie legend after netting 108 goals in two spells as a player.

The former England international was promoted to reserve team manager in the summer replacing Celtic bound Alan Thompson after success with Newcastle's academy.

Pedro, as he is affectionately known by United fans, will be given patience by the Gallowgate crowd but doesn't fit into United's plan of being an experienced.

Currently priced at 25/1, a good spell as caretaker will strengthen his case. 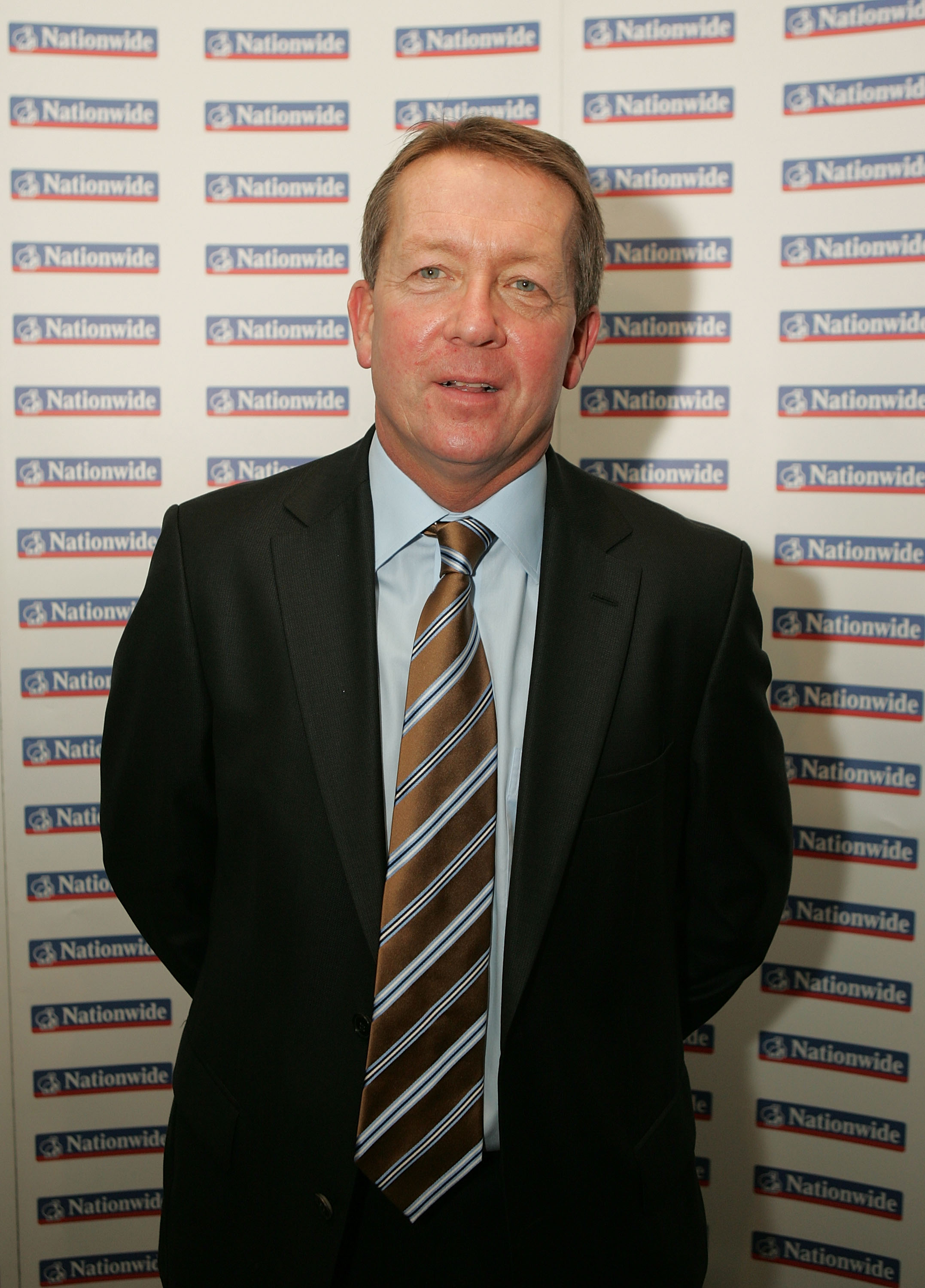 Out of work for two years, Alan Curbishley's name has linked with United during every vacancy over the that time.

The former West Ham and Charlton boss was criticised for playing negative football at West Ham, as he failed to win over the Upton Park faithful and similar football has never went down well at Newcastle.

Curbishley may also struggle as he could fall into the "Cockney Mafia" which holds so much power at St James and is so unpopular with fans.

Currently priced at 12/1, an outsider in my eyes, his style of football would not be popular at St James. 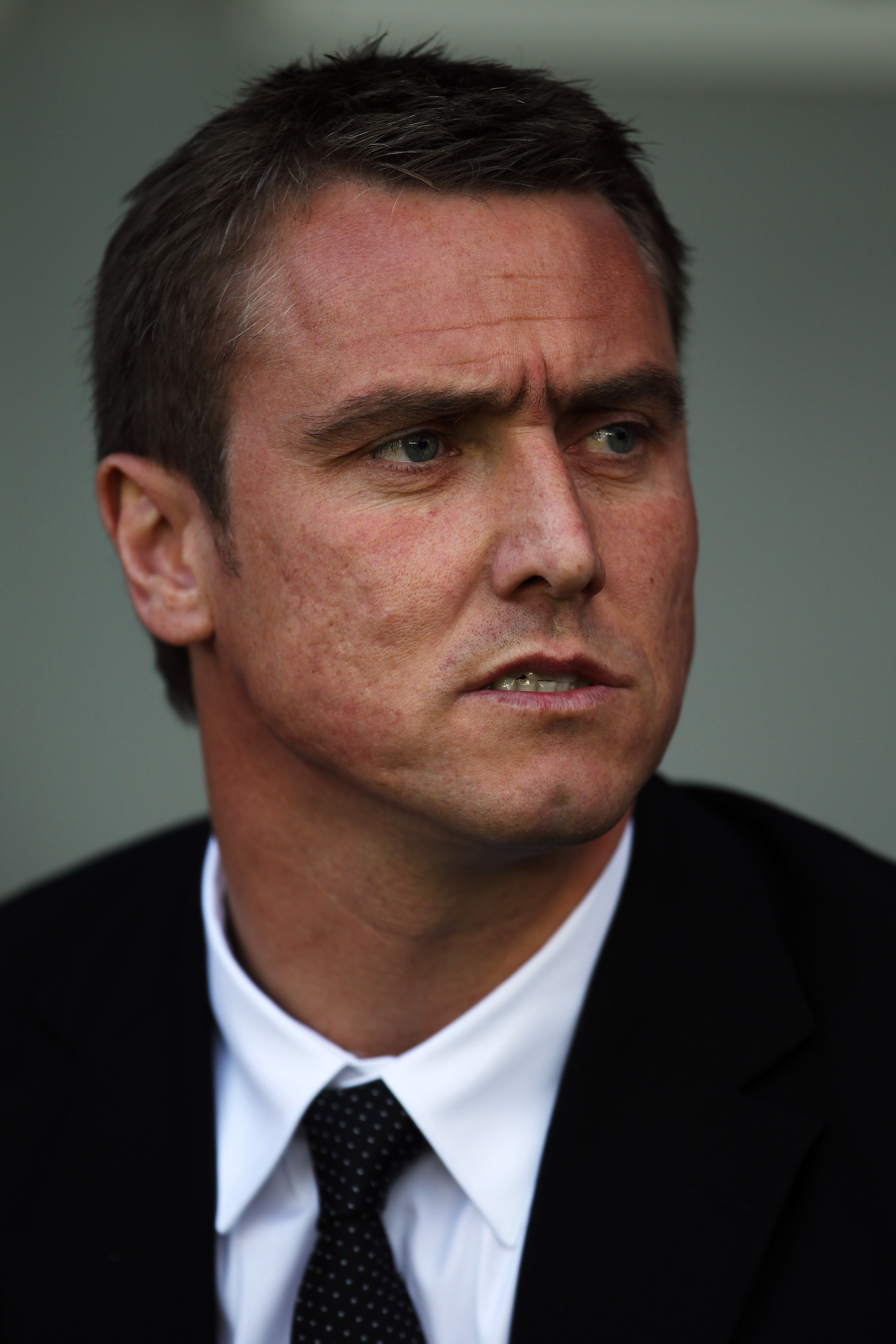 Clark - admitted he would love to manage UnitedBryn Lennon/Getty Images

The young Huddersfield boss has made no secret of his desire to manage United in the future and the former player would be welcomed on Tyneside by fans.

A former midfielder Clark has build up a mini Tyneside down in Yorkshire with Steve Watson and Terry McDermott making up his backroom staff.

Guiding the League One side to the playoff semifinals last season with attractive football, the Geordie-born gaffer would bring the type of football United fans love.

Only in his second full season at Huddersfield, the former United reserve coach lacks experience which seemingly makes him a big outsider.

Priced at 50/1, worth a gamble in my opinion, like Pedro Lee Clark will be given time at St. James which others managers can only dream off. 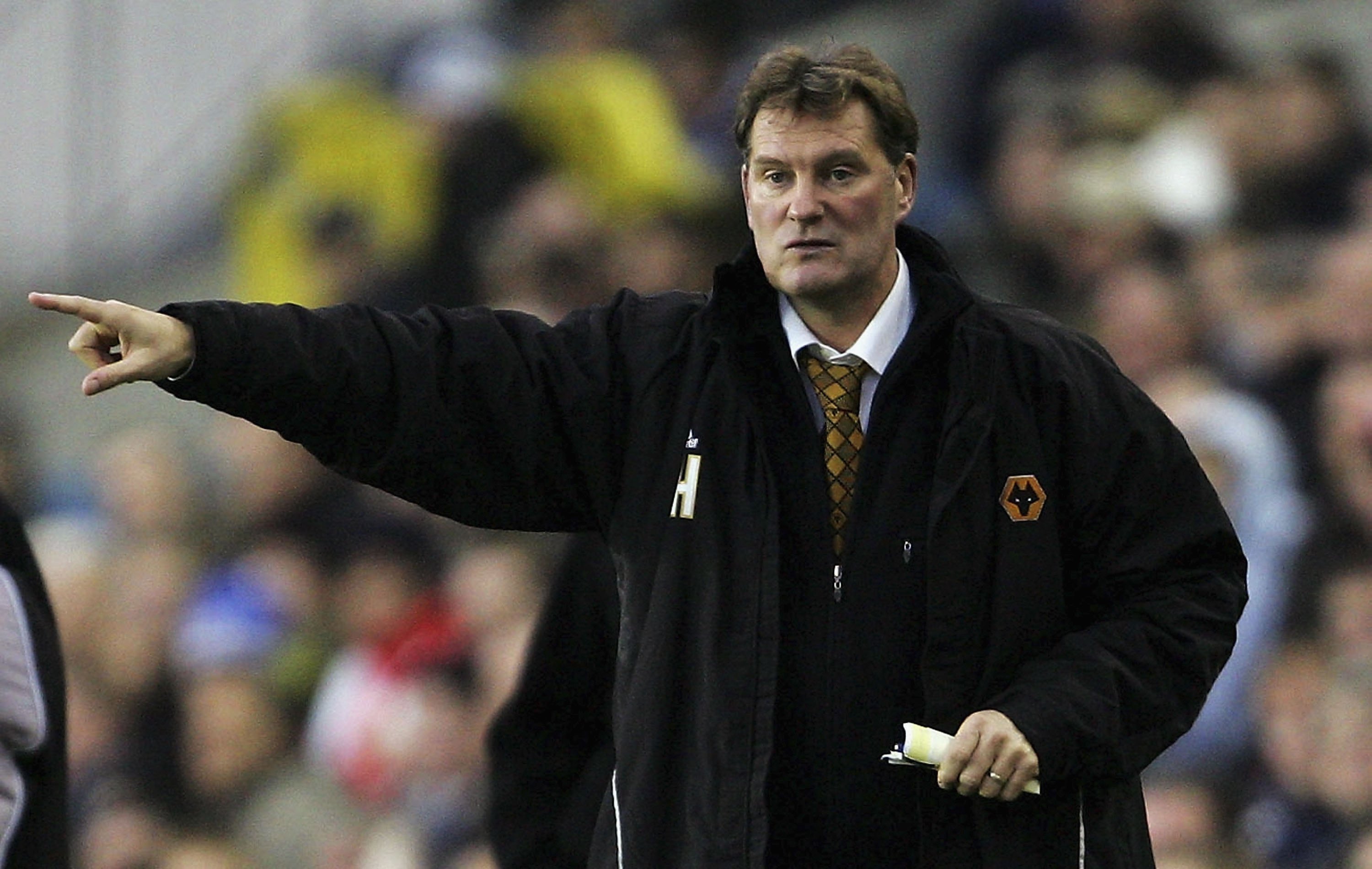 The former England boss has been out of work since leaving then Championship side Wolves in 2006, Hoddle has seen himself installed as an early favorite for the job.

Currently working with his Glenn Hoddle academy in Spain, it is unclear whether Hoddle is even interested in a return to management after disappointing spells with Southampton, Spurs and Wolves since being sacked as England boss in 1999.

Certainly has the experience to take the job the board seems determined to find, but may find it harder to convince players and fans alike of his quality.

Currently priced 10/1, an unpopular choice with fans but fits the board's criteria, not impossible to see it happen. 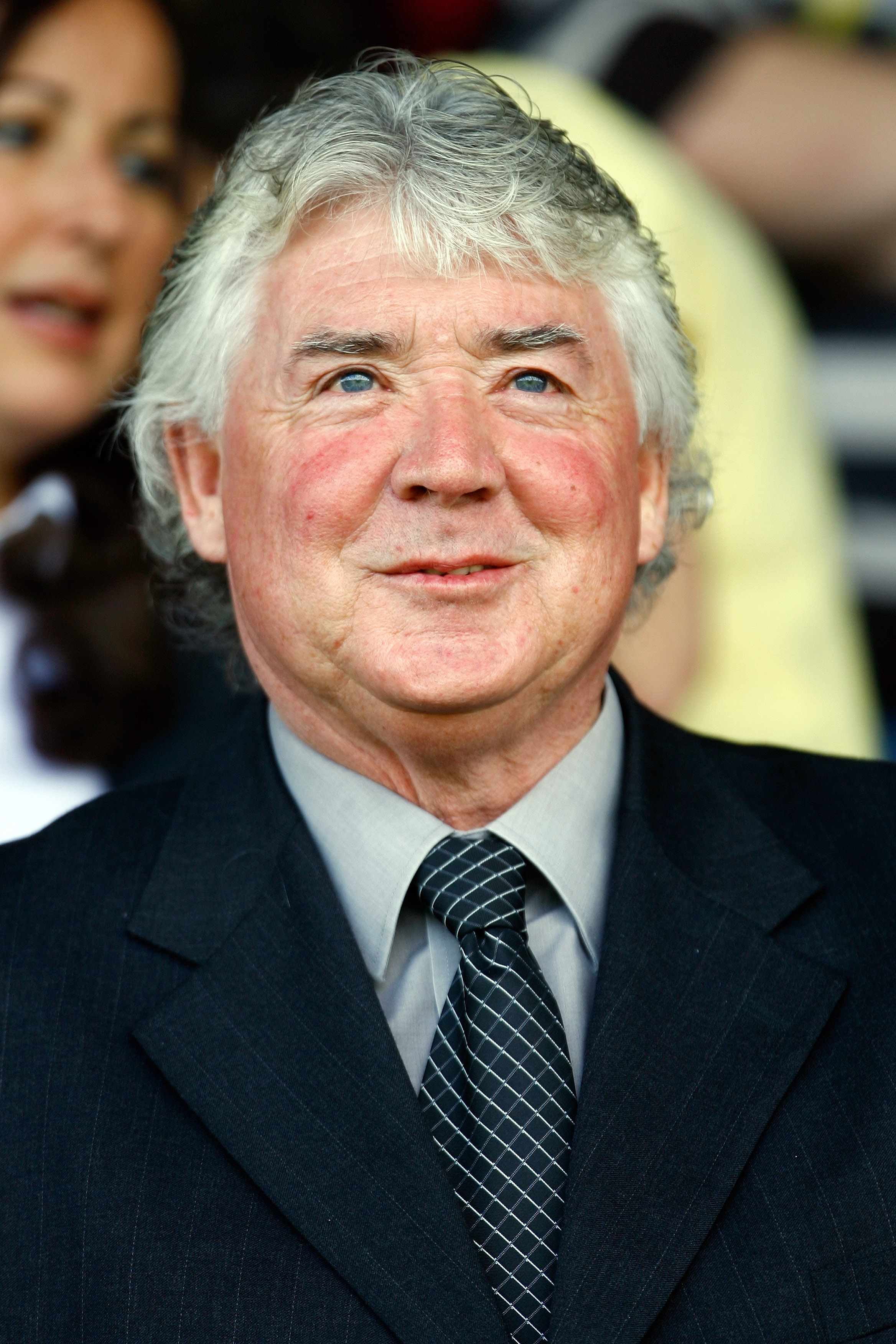 JFK, as he is known by United fans, has made no secret of his wish to return to St James, confident his job first time around was good.

The former Wimbledon boss returned from the Wilderness in 2008 but ill health saw the Tourette's suffering boss give up his position to Alan Shearer.

Criticising United fans for their wish to have a hero in charge, Kinnear still has a close relationship with members of the United board.

Priced 16/1, no one ever expected him first time around, impossible to rule out a sensational second coming from the outspoken Kinnear. 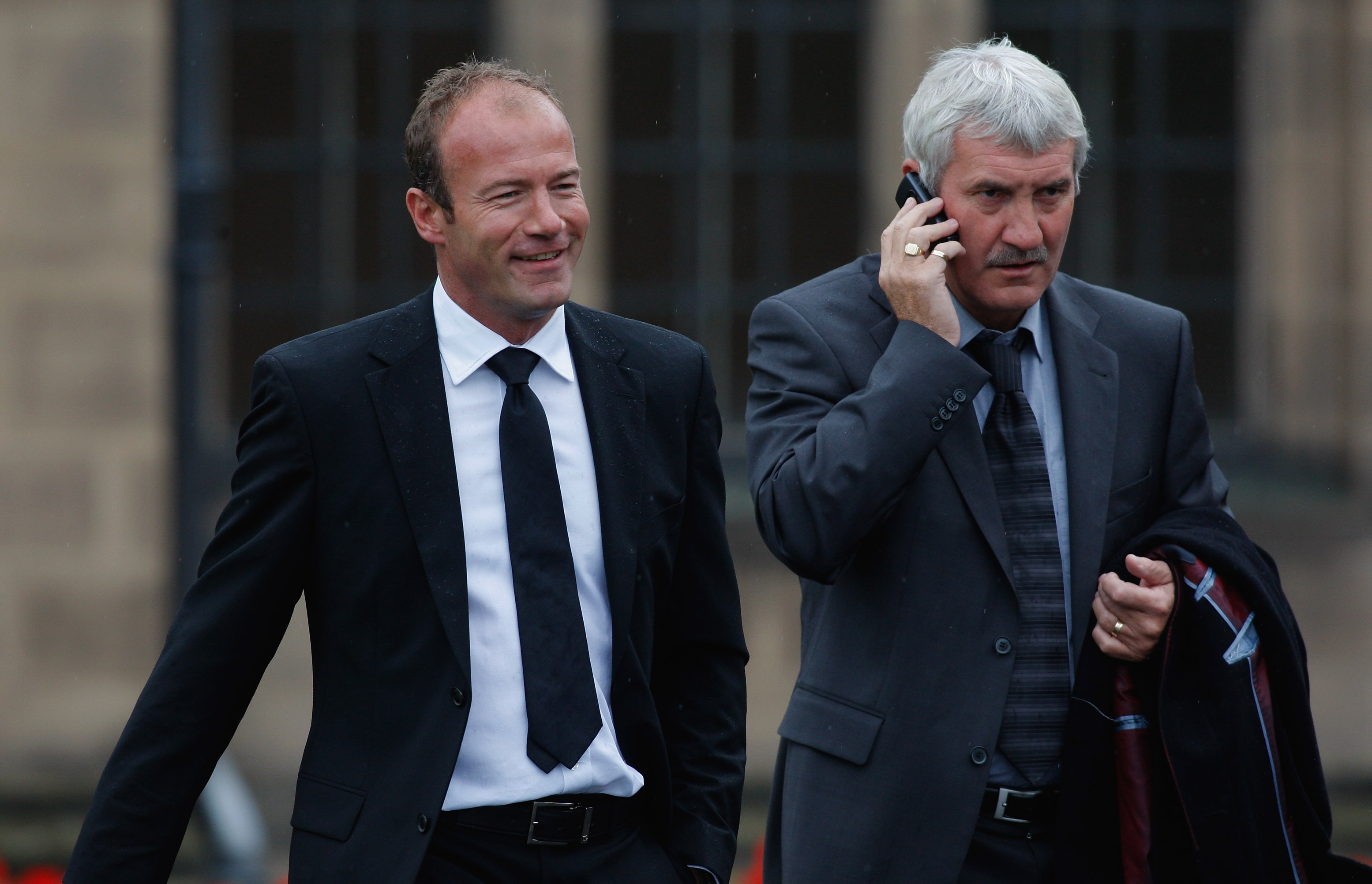 A Newcastle legend, Shearer's reputation with United fans remains undiminished despite being unable to keep the club in the Premier League in his first spell.

Currently sitting comfortably in the BBC on the Match of the Day sofa, Shearer has said he has unfinished business with United but recently claimed he could not see himself returning to St James under the current regime.

A popular choice with fans, Shearer was set to take the job last summer before Mike Ashley had a change of heart as he prepared for life in the Championship.

Shearer was popular in the Newcastle dressing room for his honesty, but a public fallout with United bad boy Joey Barton saw the midfielder banned from United training ground.

Currently 40/1, a favorite with United fans, Shearer claims he has not spoke to Mike Ashley since the day United were relegated from the Premier League. A return unlikely. 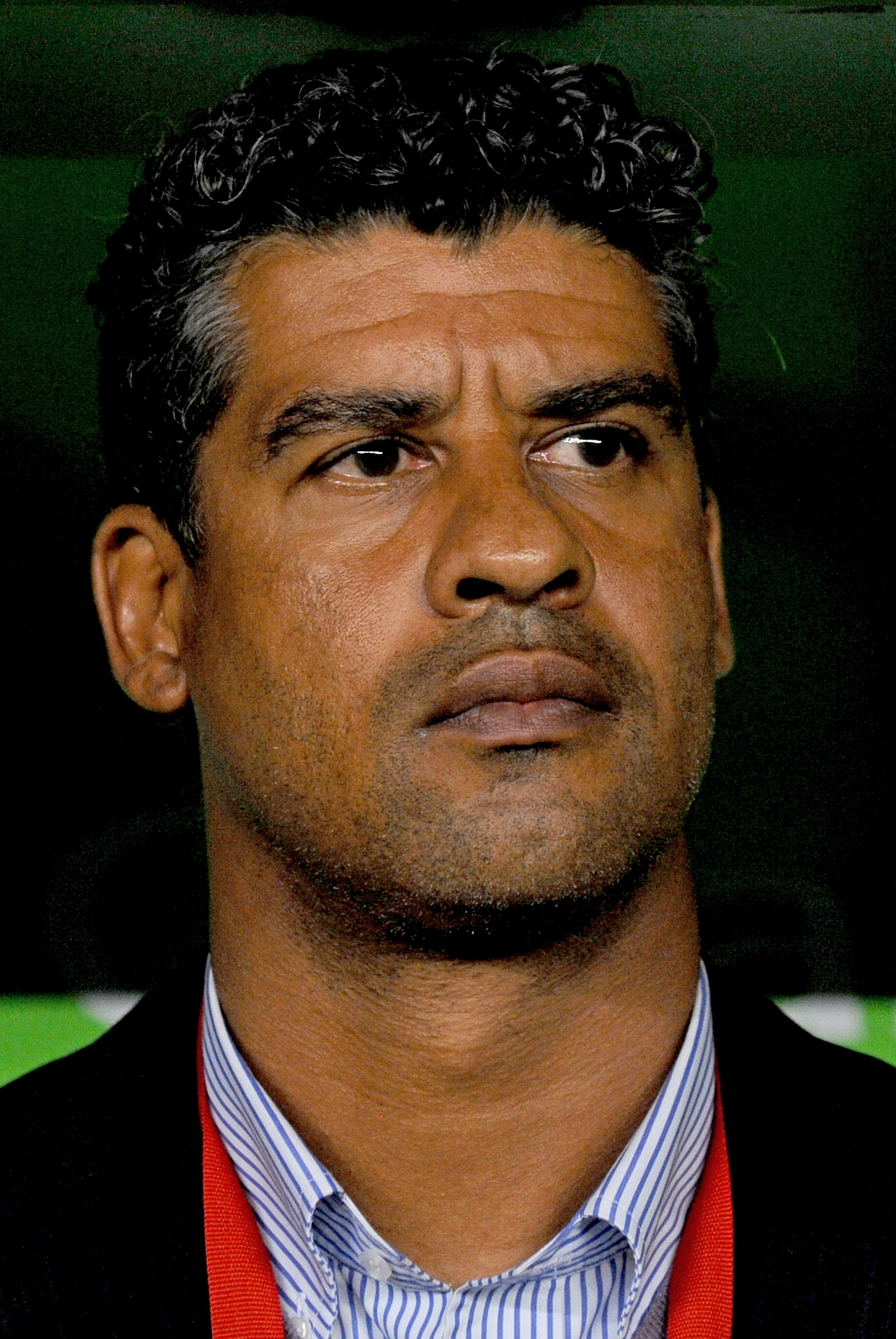 A Former Holland manager, Rijkaard is best known for taking Spanish giants Barcelona to Champions League and La Liga success during a five-year spell at the Nou Camp.

Recently unemployed after leaving Turkish side Galatasary, the Dutchman was linked with Liverpool.

Untested in the Premier League and unknown at how he good he would be with a limited transfer budget, Rijkaard would bring good football to St James but would be a risk.

Currently 20/1, not an impossible option, the kind of big name United have had in the past and failed. 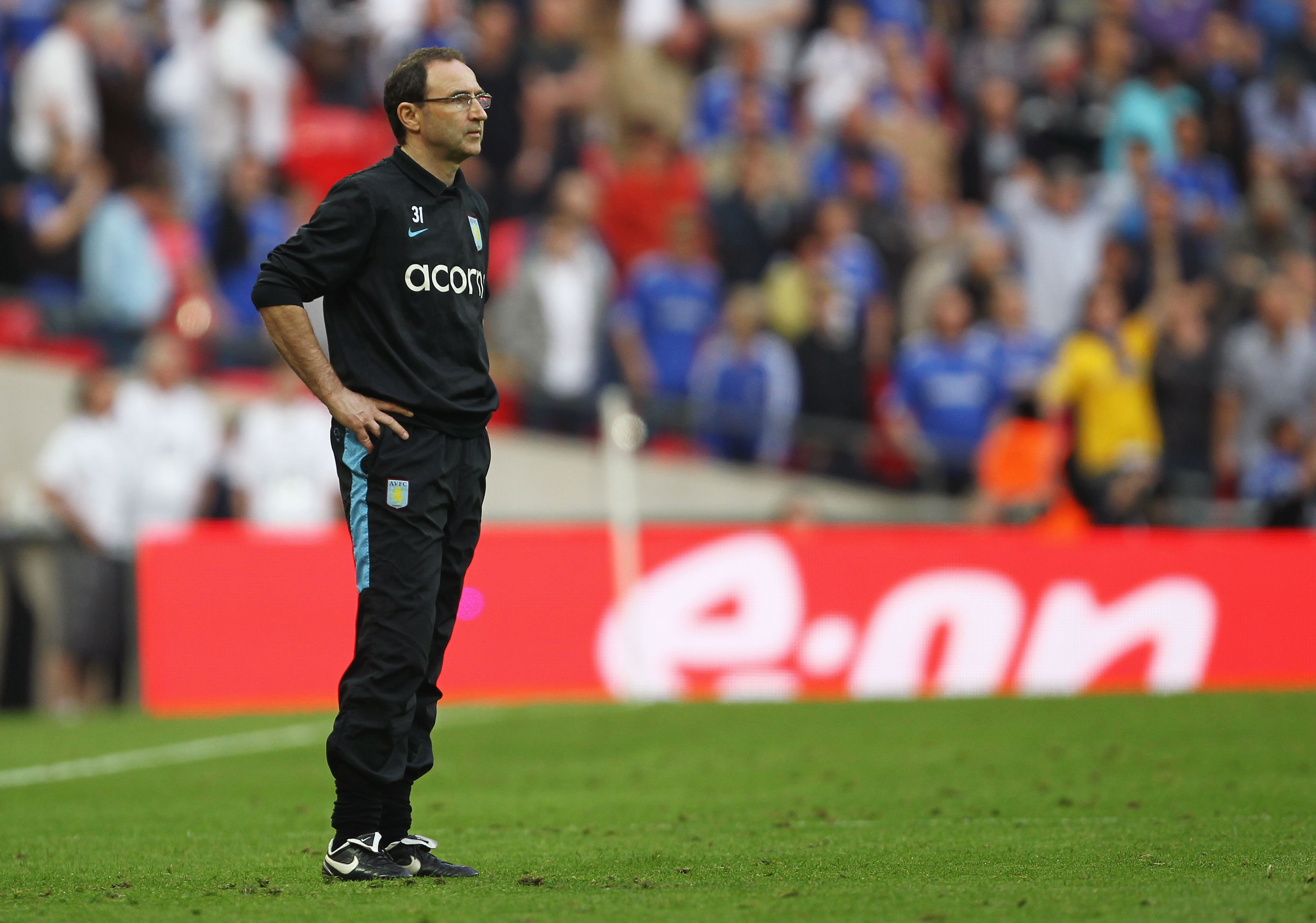 Out of work since leaving Aston Villa in August, O'Neill would be a popular choice with the Toon Army but may need some convincing to move to the North East.

First linked with United 2006, O'Neill walked out on Aston Villa after a lack of funding and boardroom interference.

Experienced, great with young stars and with a proven track record in English football, the Irishman would be an obvious first choice but Mike Ashley's lack of backing to Hughton could keep O'Neill away.

Installed as favorite for the job yesterday afternoon, O'Neill has now moved to 8/1 third favorite.

Would be my first choice and that of many United fans. 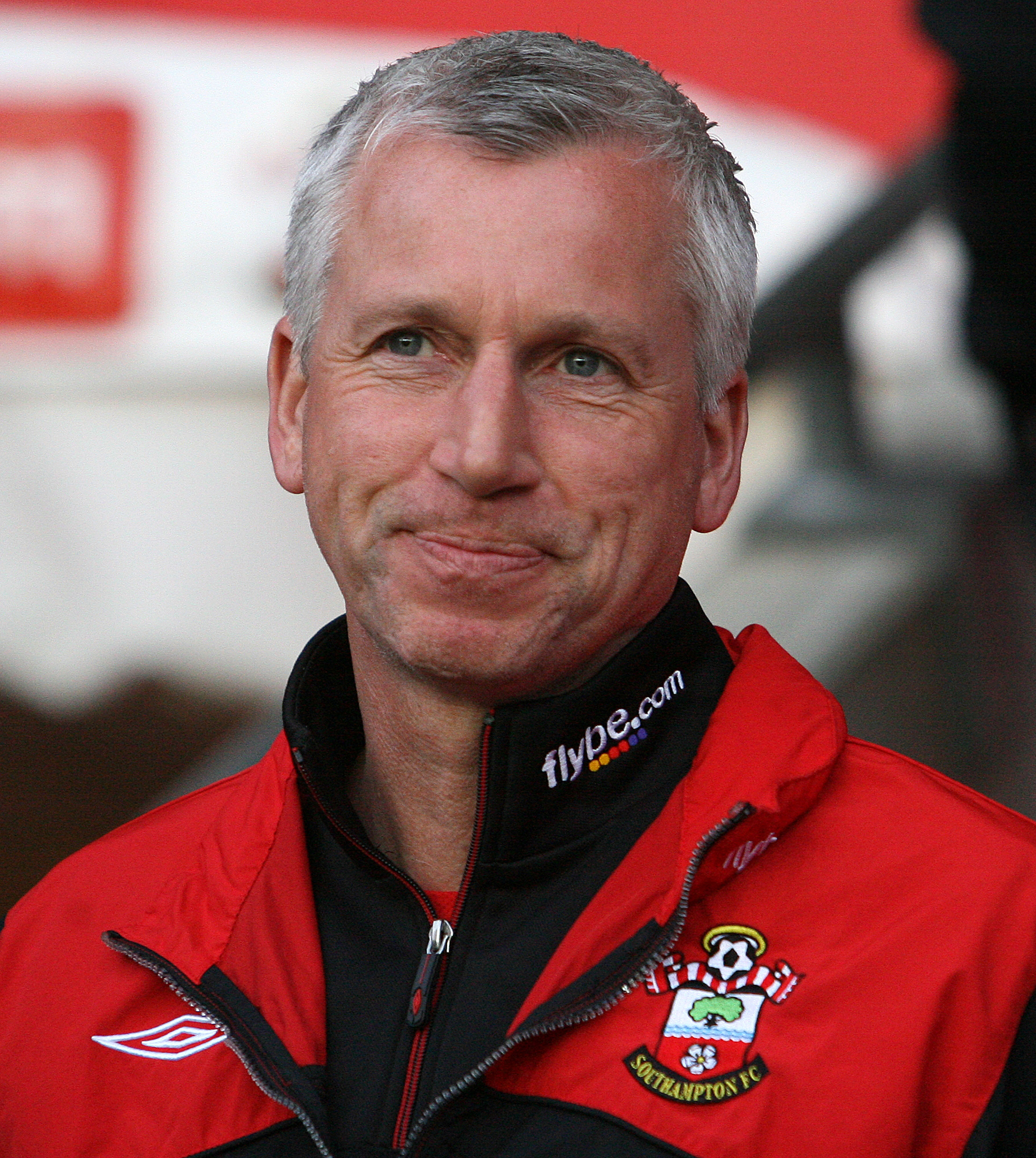 Sacked by League One Southampton earlier in the season, Pardew has been linked with United after his close links to Derek Llambias.

Seen having lunch with the United board memeber last week, Pardew is best known in English football for leading West Ham into Premier League and FA Cup final.

The former Hammers boss however has also overseen relegaton to the Championship after taking over at Charlton around the same time in the season four years ago.

His links with the boardroom will make him unpopular with United fans. Pardew's appointment would leave many scratching their heads.

Currently priced 10/11 favorite, not my first choice, Newcastle fans may not have much choice but to accept Pardew. 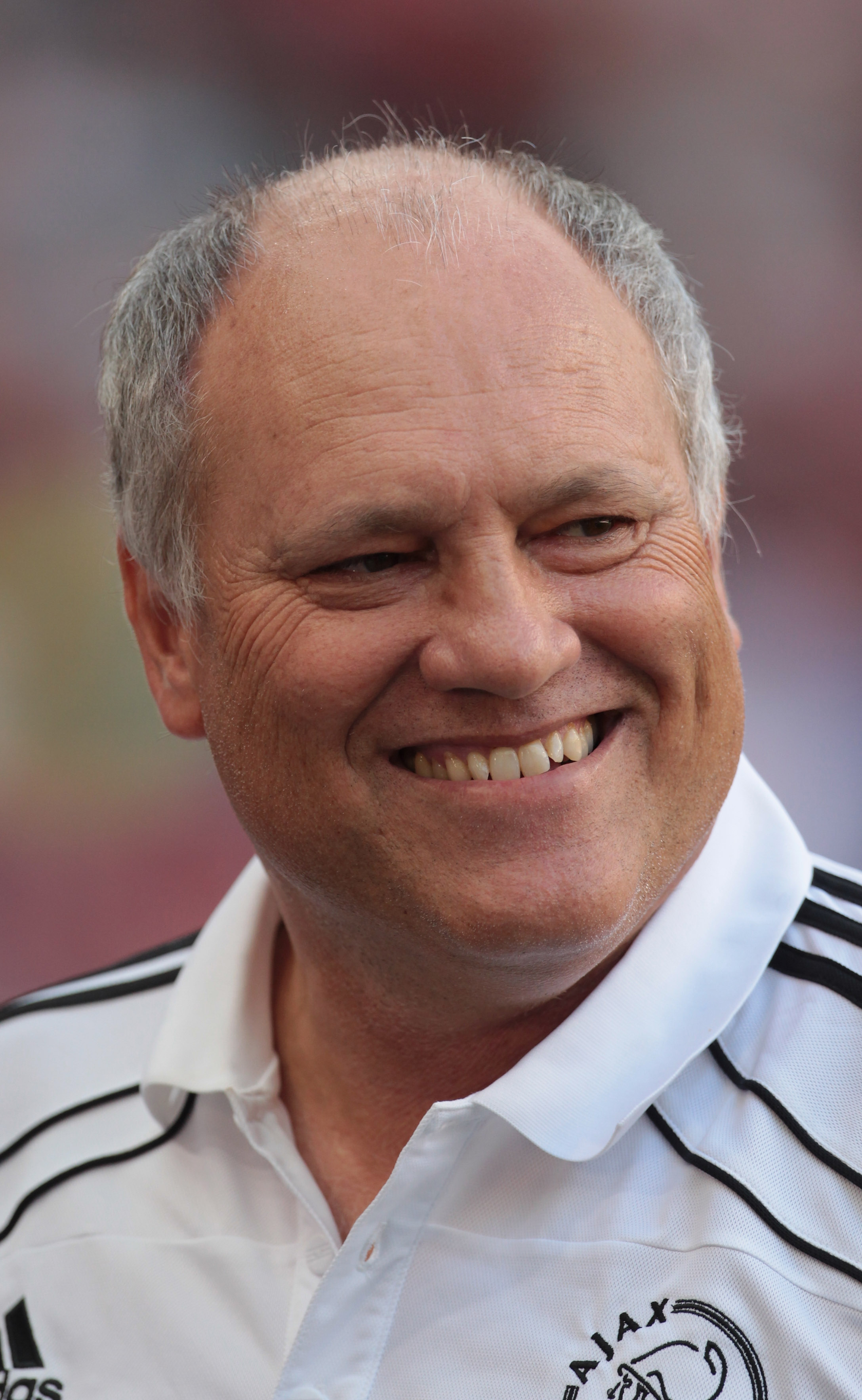 The Dutchman was linked with United during his time at White Hart Lane, and his style of attacking football would make him popular with fans.

Considered defensively naive during his time at Spurs, Jol will find it easier to work with the board then other big managers after being used to working alongside directors of football.

Working with a limited budget at Ajax and Hamburg, he achieved moderate success, including guiding Ajax into the group stages of the Champions League this season.

Currently 6/4 second favorite, his appointment would be easier for United fans to accept than Pardew due to his better track record. His attacking football would be welcomed but whoever gets the job needs patience from both fans and boardroom.