Mike Krzyzewski: Where Does Duke Basketball Coach Stand Among the Greatest Ever? 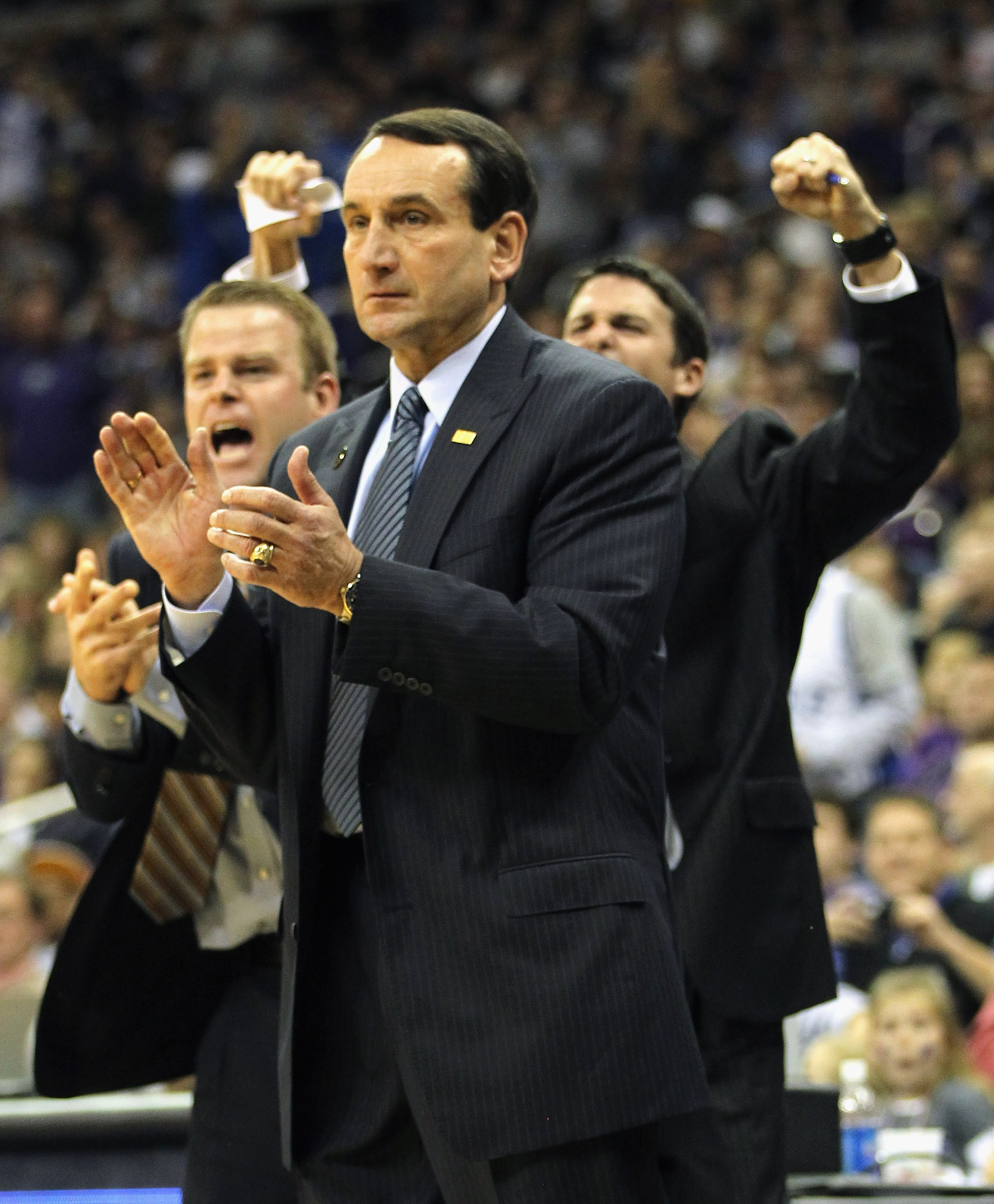 Like him or loath him, few can deny Mike Krzyzewski is one of the greatest active college basketball coaches today, if not the greatest.

But how does he stack up against some of the greats of all time?

Considering that he will be the winningest men's Division I coach in one year, he holds his own pretty well.

But for the sake of argument and lively discussion, here are 20 of the greatest coaches current and past and how Coach K compares to those greats.

Note: This does not include coaches in lower divisions and women's basketball. While those coaches deserve their due, it it hard to compare them to the highest level of men's college basketball. This also isn't a power ranking of the greatest coaches of all time. 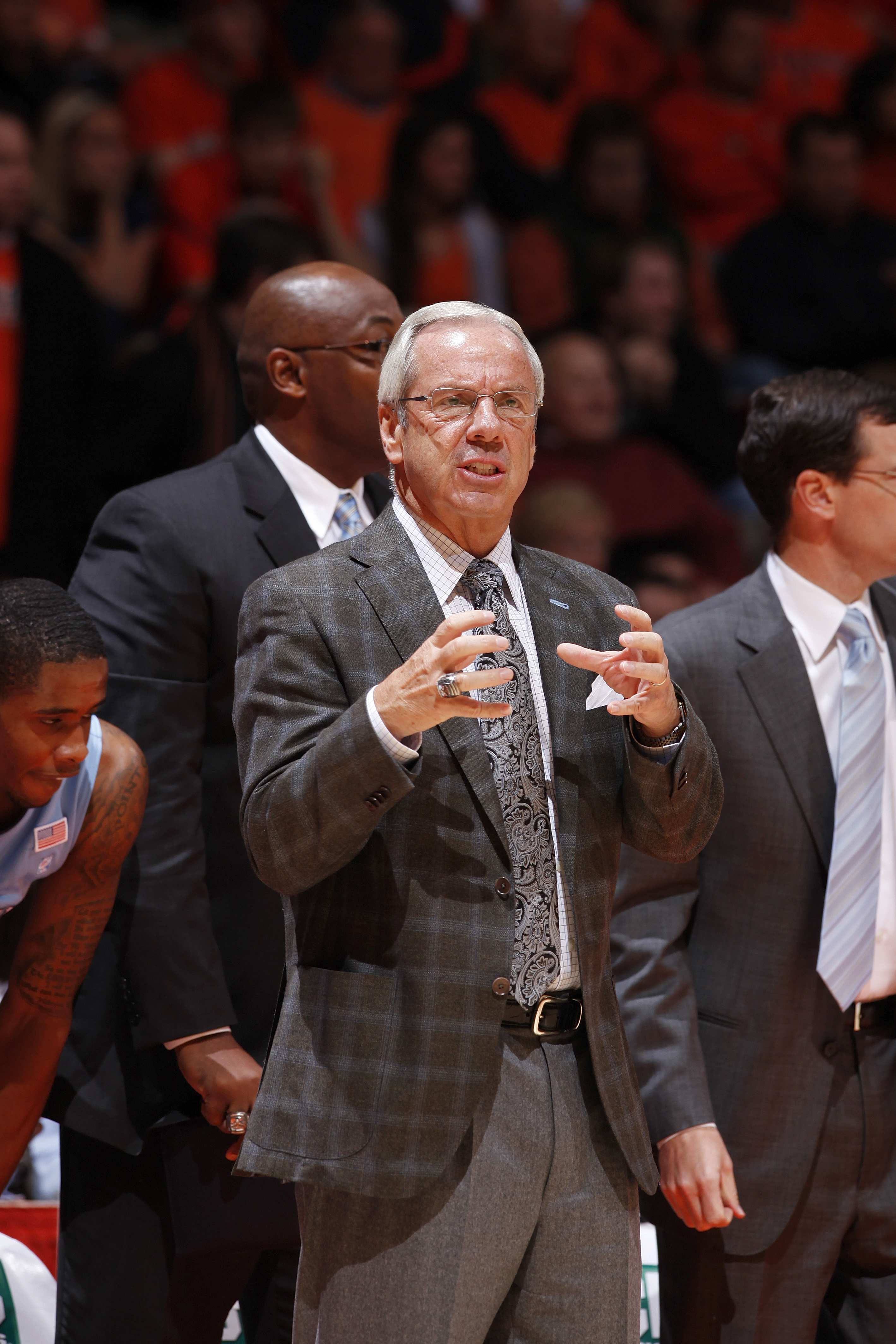 Why not start it out with a good old fashioned rivalry?

How Coach K rates: Williams made a name for himself at Kansas but never won a National Championship until he came back to his alma mater.

It didn't take long for him to win either as he took home the championship in 2005 and 2009. After the 2009 season, most had thought Williams had surpassed Krzyzewski in both his ability to recruit and on court results.

That mindset was quickly dispelled following last year's collapse by the Tar Heels and Duke's title. Still Williams has held his own, but ultimately four titles is more than two. 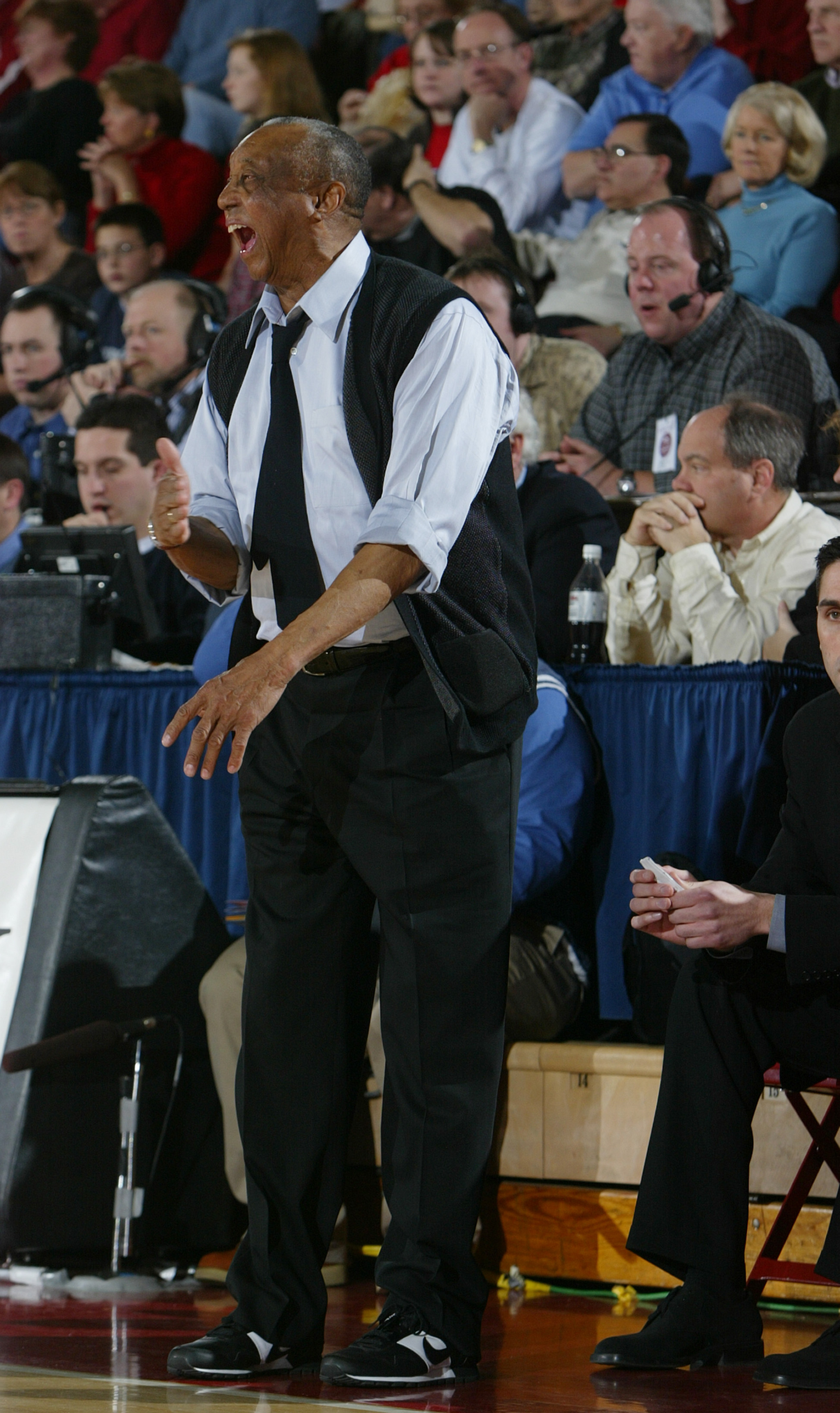 How Coach K rates: Head to head there is no doubt Krzyzewski is the better coach, but Chaney deserves some respect for what he did at Temple.

He may have had some issues: John Calipari and the whole goon deal.  And though he did hang National Title banners, he did take a bunch of kids and taught them discipline and respect and that was inspirational. 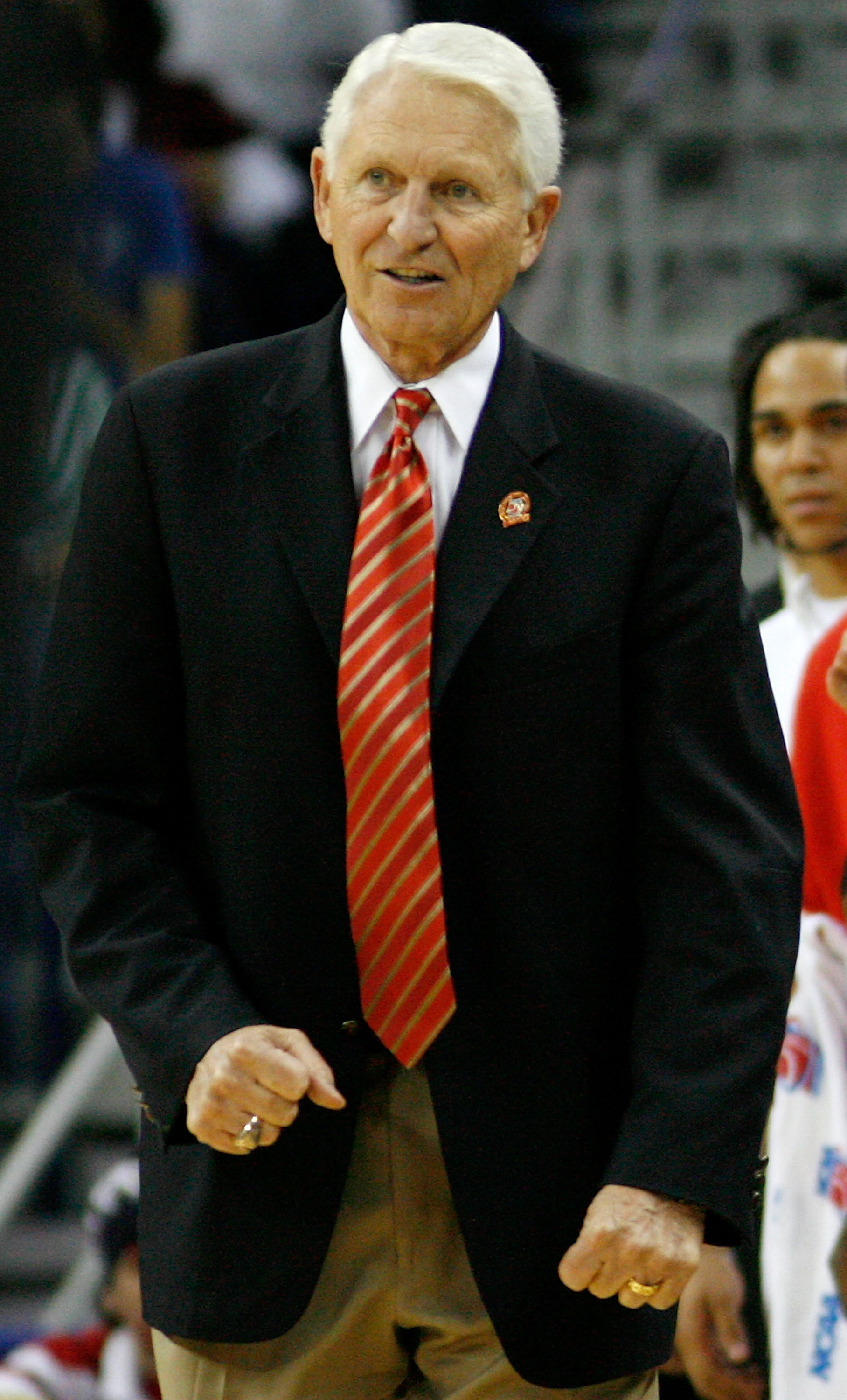 How Coach K rates: Olson and Krzyzewski met head to head a few times, and none was more memorable than the 2001 National Title game.

Duke and Krzyzewski prevailed and "Duke hate" went to a whole different level.

Still Lute managed to get a few wins along the way, ranks in the Top 10 on the all-time Division I wins list and has a National Title to his name. 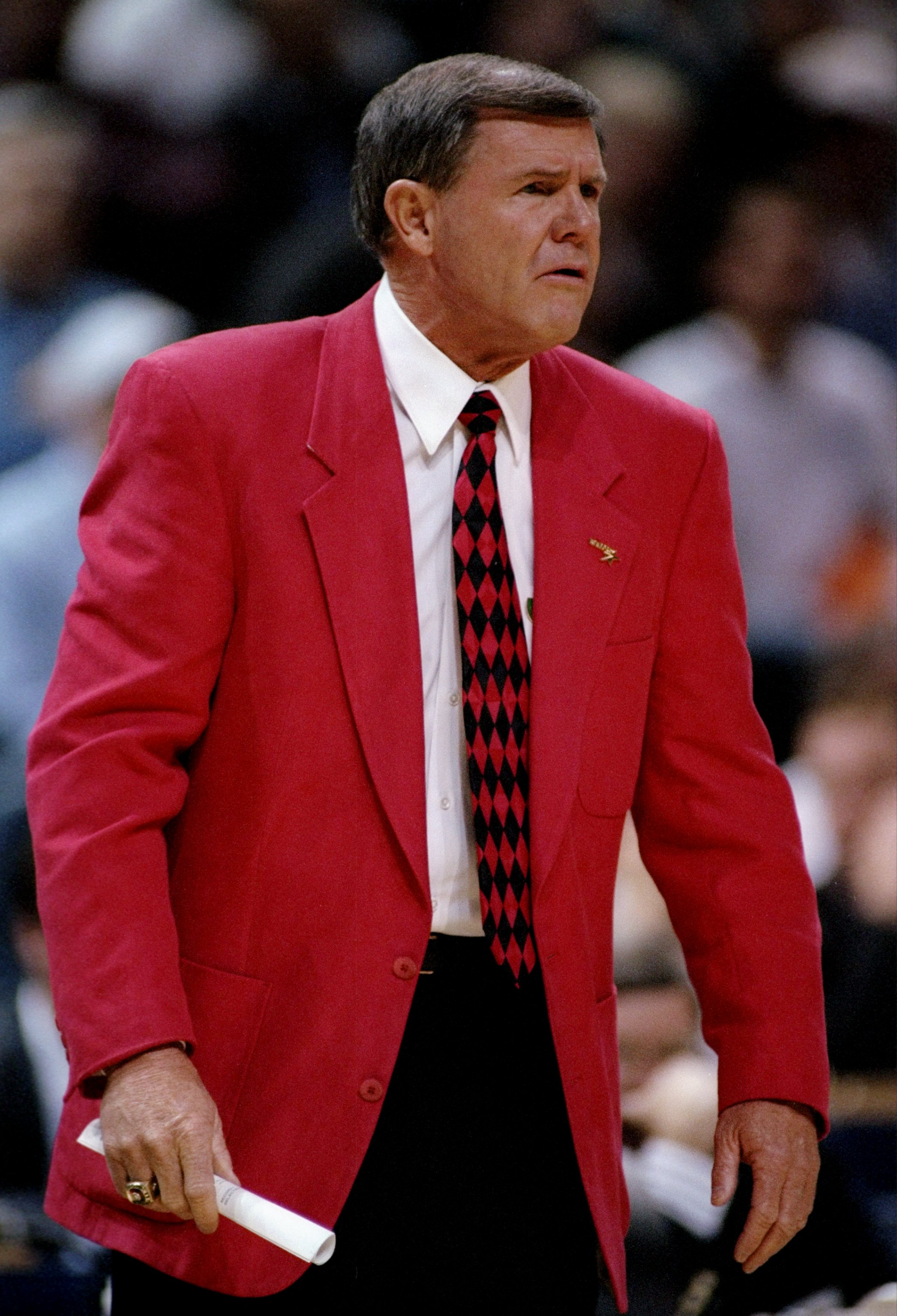 How Coach K rates: The two coaches met face to face in the 1986 National Title game. It was the first for Krzyzewski and Crum's second.

Crum and the Cardinals got the better of Coach K on that day, but as he got older the Cardinals would begin to fade in national significance and never made it back.

Krzyzewski eventually won four and at one point coached in five consecutive Final Fours and three straight title games from 1988-1992. 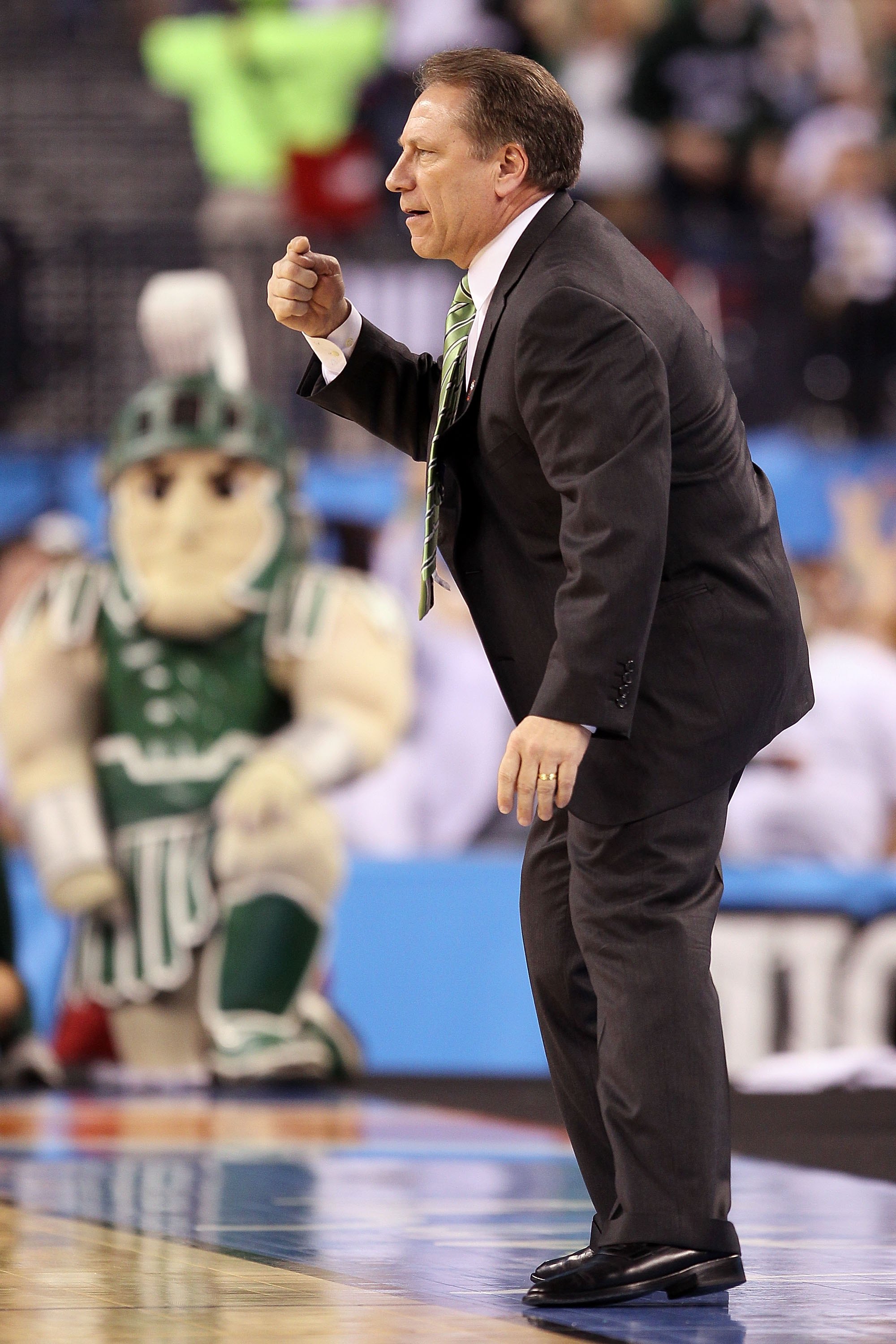 How Coach K rates: Many feel like Izzo is every bit as good a coach as Krzyzewski. He has won a title, and beaten Krzyzewski head to head a few times. He also has been to six Final Fours.

Still as good as Izzo is, he still has a way to go and despite going to the Final Four six times, he only has one title and is about 500 wins shy of being as good as Krzyzewski.

Wednesday's loss at Duke was another indicator that for now Izzo is close, but not yet better than Coach K. 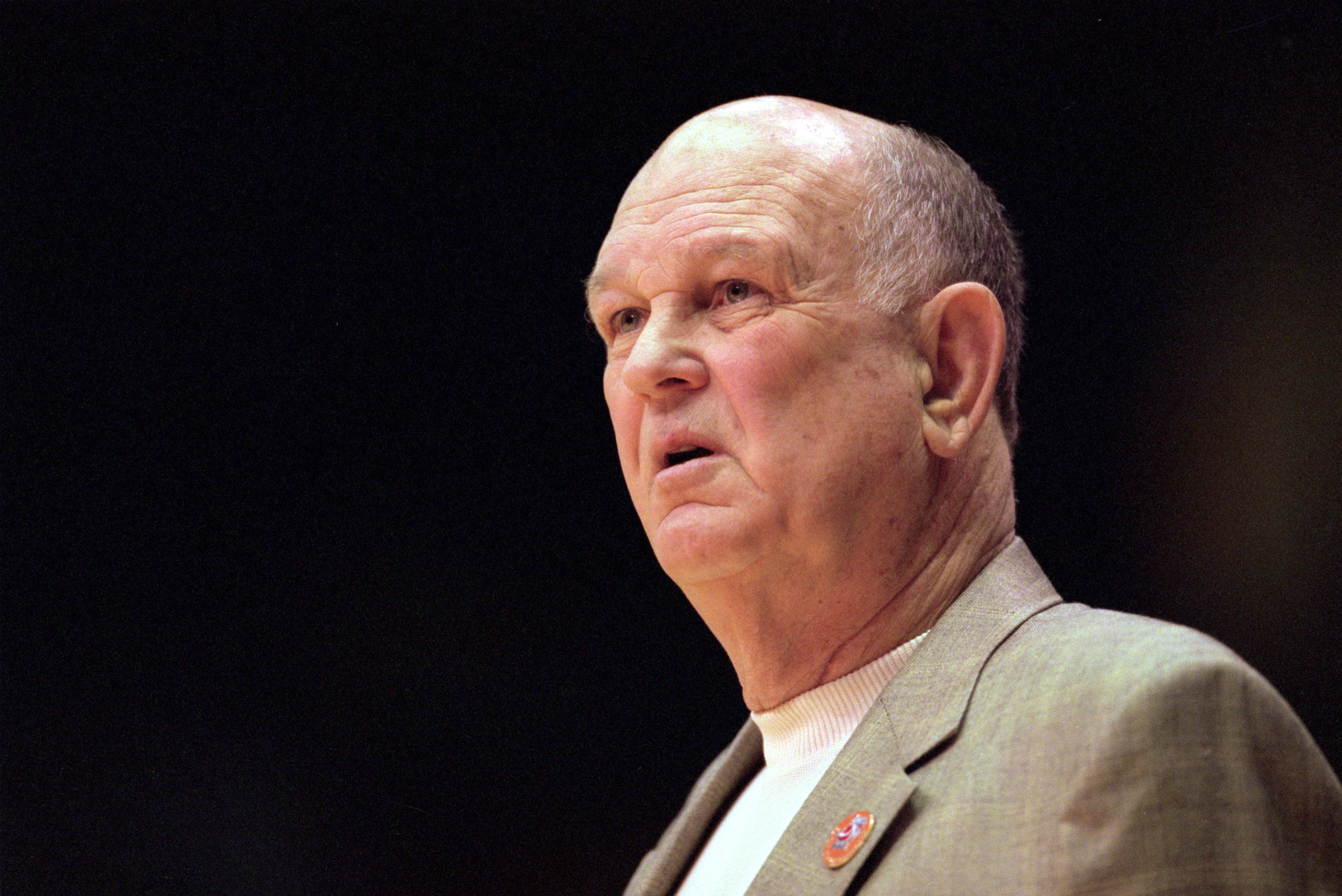 How Coach K rates: Driesell, a Duke alum, was as colorful a coach as one would find. He coached great players, is one of the all-time winingest coaches and even beat Krzyzewski on occasion.

But with no championship to his name, there is no comparison. 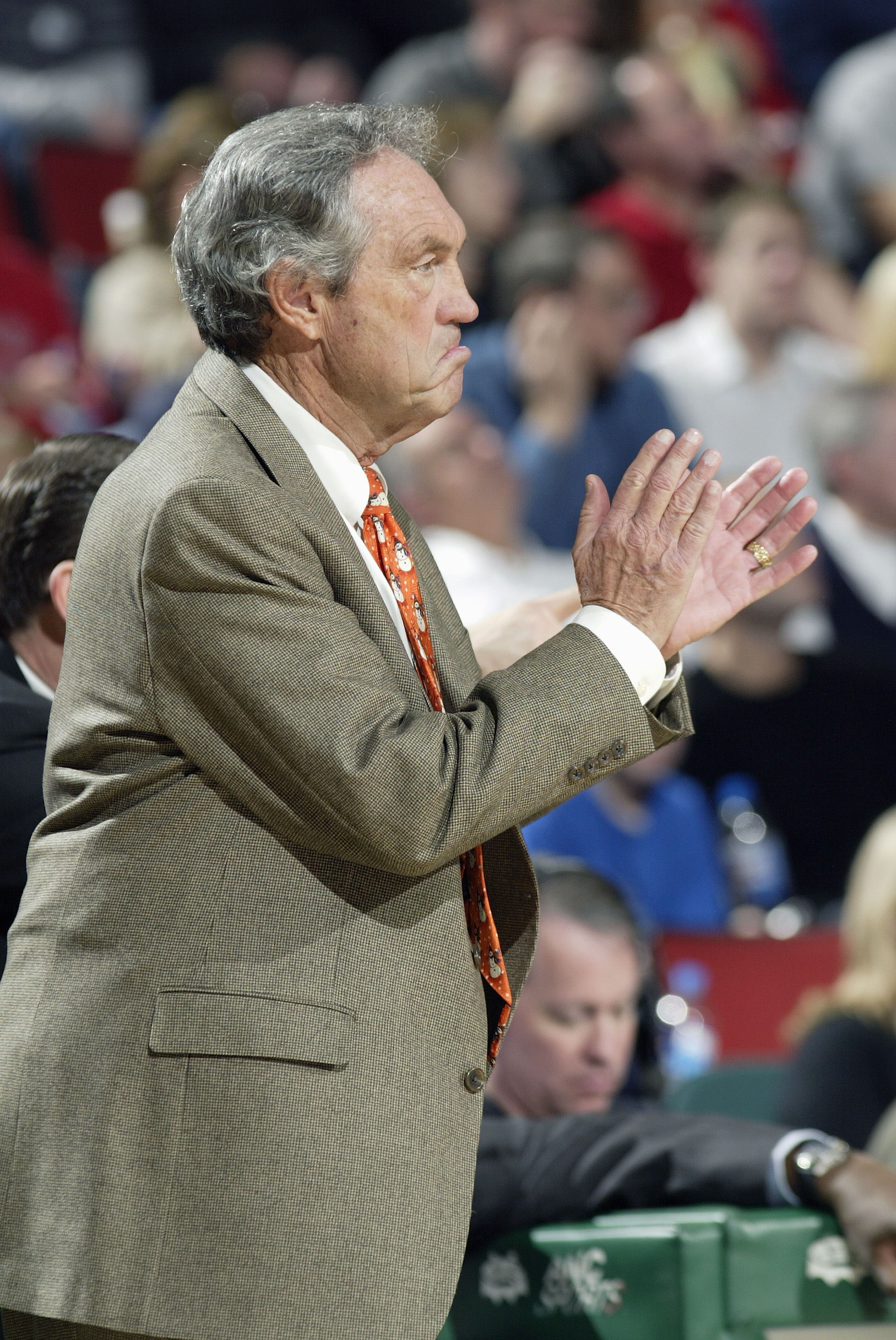 How Coach K rates: Sutton more or less was a great coach, but his career was veiled in scandal, something Krzyzewski has not had to worry about.

He has a lot of wins to his name and is ranked high among win total, but has no national titles to his name. 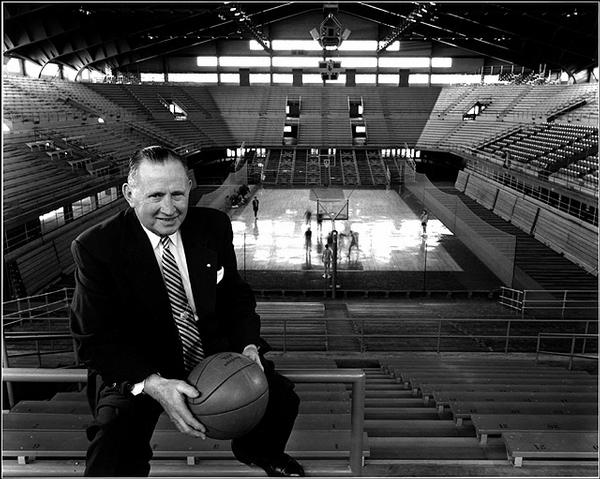 How Coach K rates: You have to go to the way back machine for Phog Allen, and how can you leave out one of the greatest coaches who learned the game from the father of basketball James Naismith?

Still, it is hard to compare how Krzyzewski would have done in Allen's time or Allen in Coach K's. I suspect it would be a good matchup of coaches who have won multiple titles. 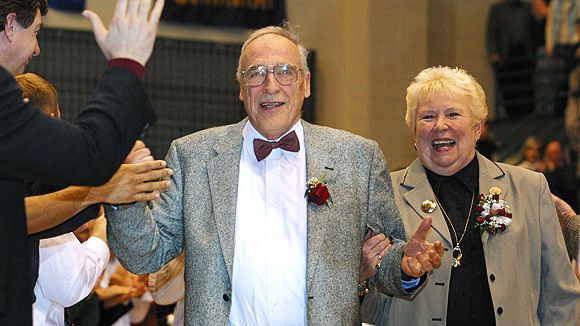 How Coach K rates: In terms of longevity, no one tops Phelan, who coached a mind-blowing 49 years, all at Mount St. Mary's.

He is among the all-time list of winning coaches for Division I basketball, and that is to be respected, but coaching at a small school has its shortcomings. With no titles the legendary coach can't compare to Krzyzewski in terms of that mark. 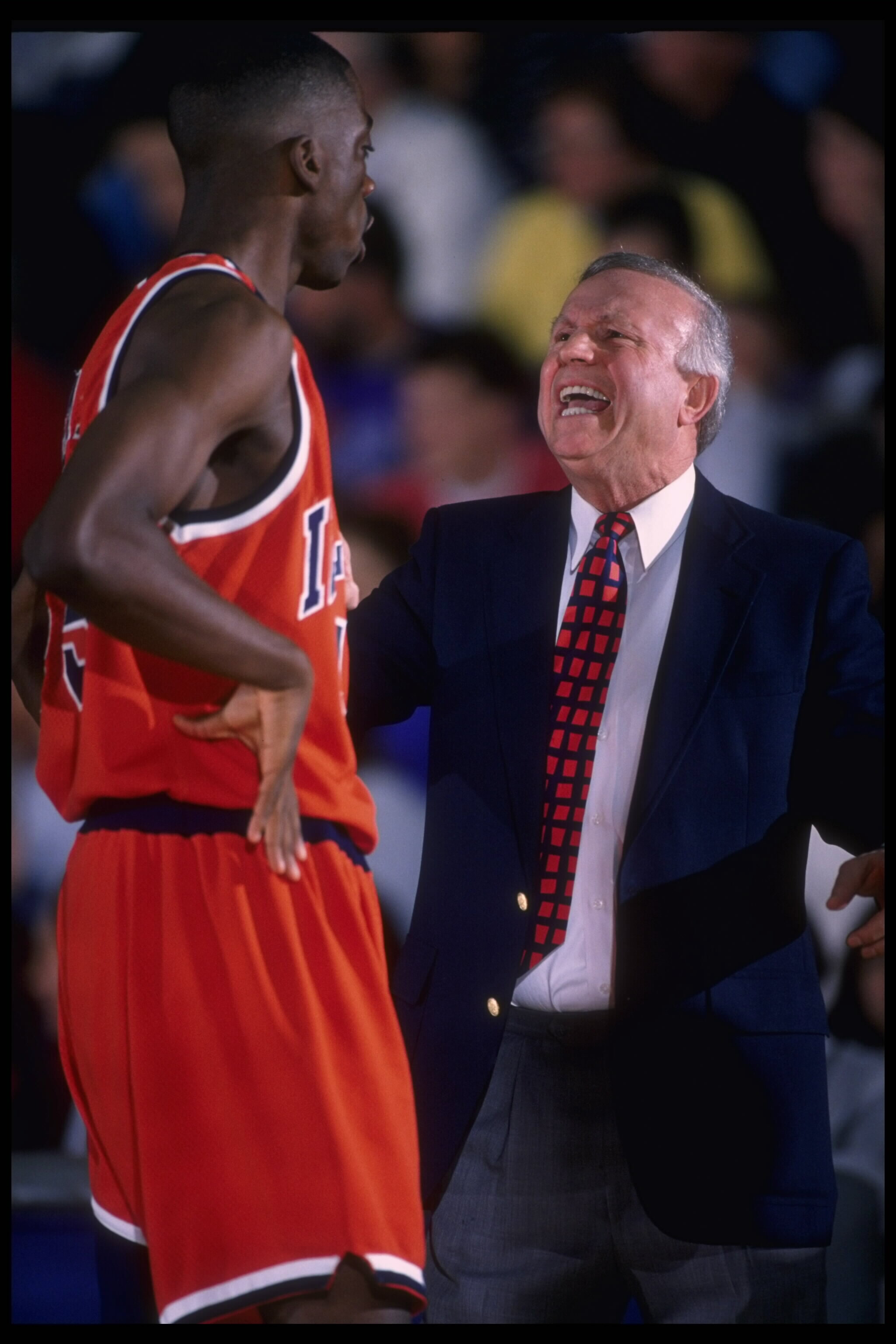 How Coach K rates: Both coaches are in the Top 10 all-time in wins, but greatest isn't always measured in wins and losses.

With more than 700 wins and a Final Four on his resume, it is easy to say he was a great coach, but when compared to Krzyzewski, he was just pretty good.

How Coach K rates: Again, with coaches who coached way back, it is hard and even unfair to try to compare them to someone coaching today. Iba was a great one though, and has two national titles to prove it.

I'm sure K would have held his own, but I'm sure Iba would have gotten his licks in too. 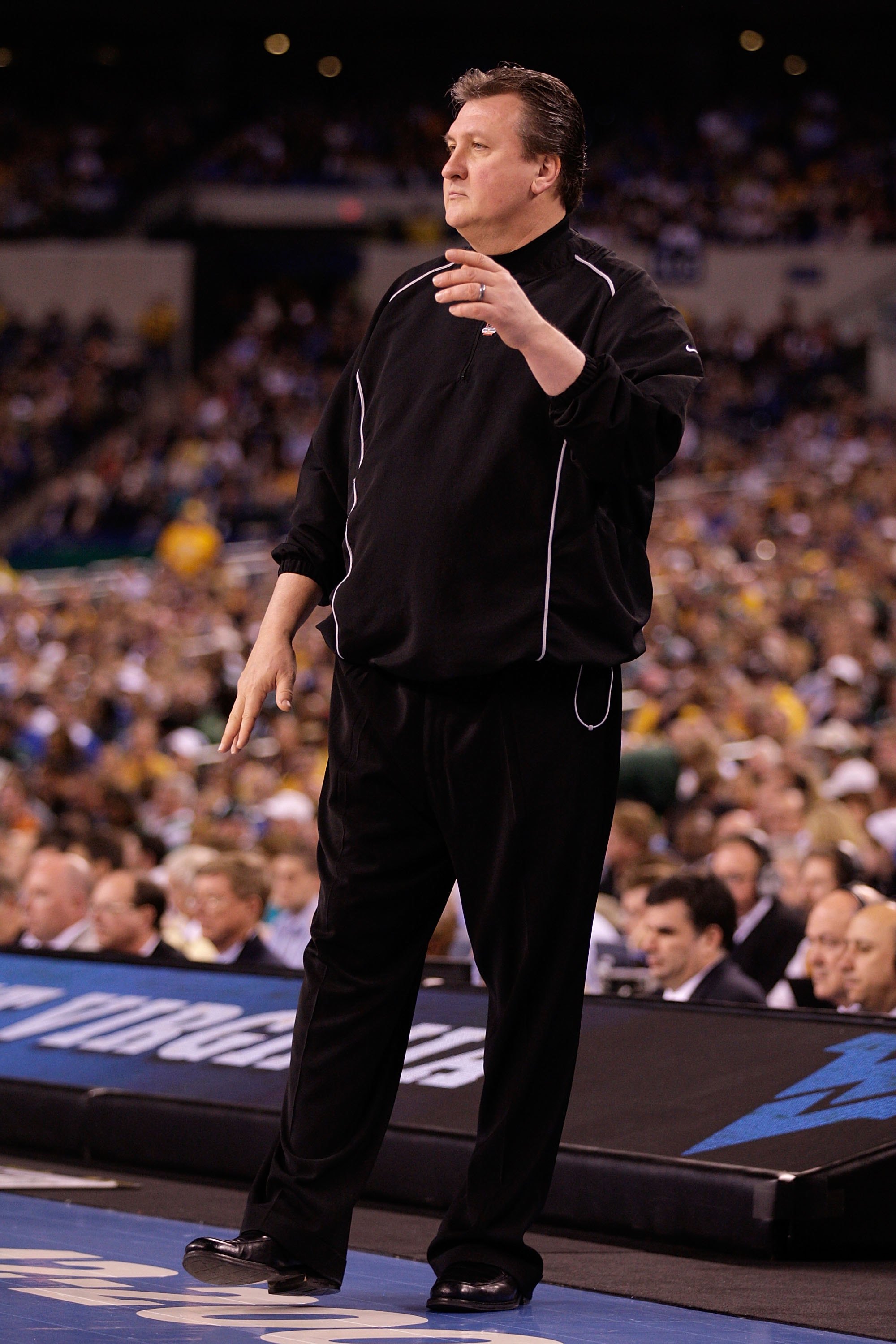 How Coach K rates: The two coaches are good friends and fierce competitors. They have met several times and both have won some and lost some.

Overall though Huggins only has two Final Fours and no championships. The last Final Four last season resulted in a drubbing by Krzyzewski's Blue Devils. 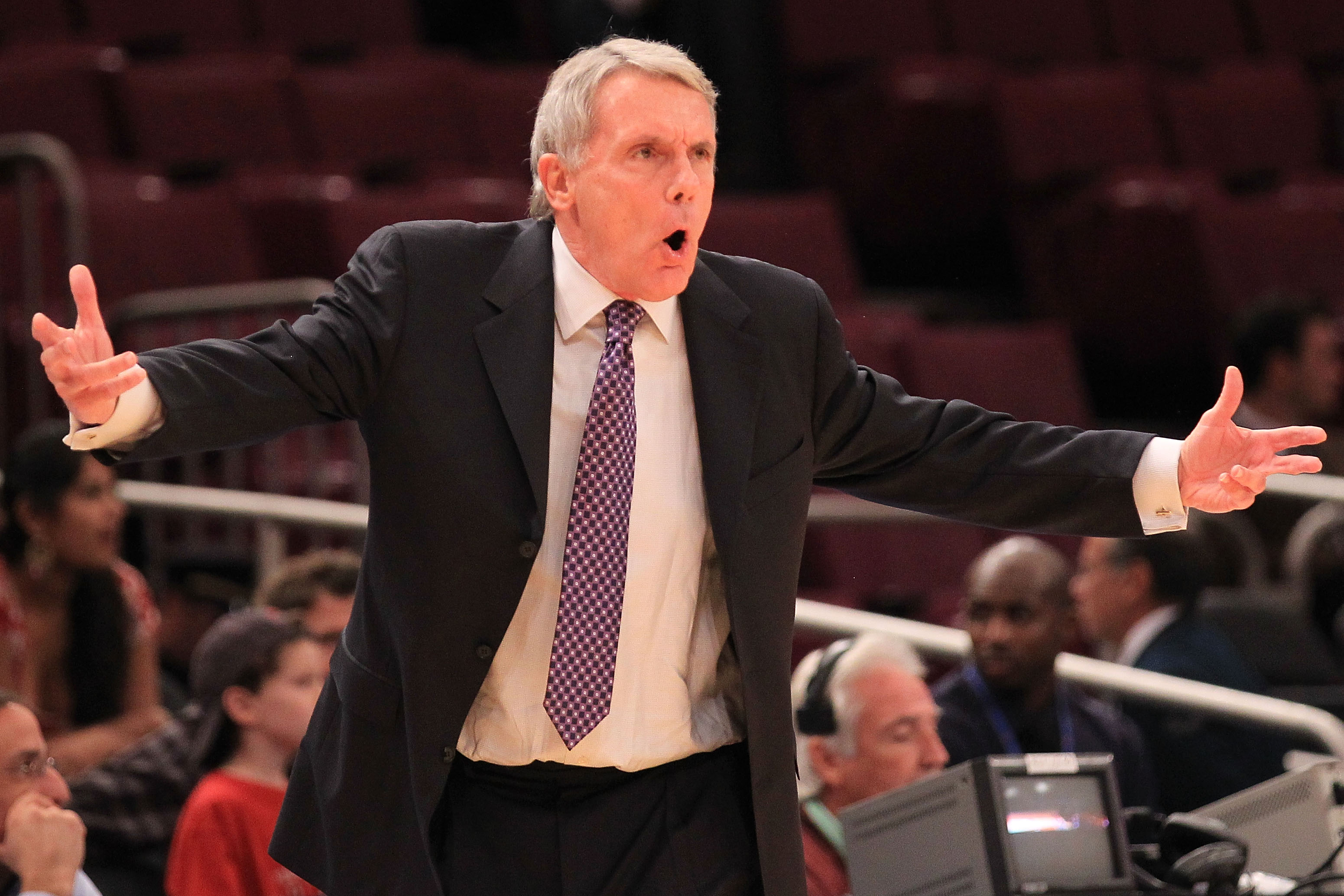 How Coach K rates: The two contemporaries have been fierce rivals in the ACC and helped build a strong rivalry between Maryland and Duke.

Williams has two Final Fours and a national title to his name and has had some success coaching against Krzyzewski, but ultimately, four trumps one and Williams is still about 200-plus wins off Krzyzewski's win total. 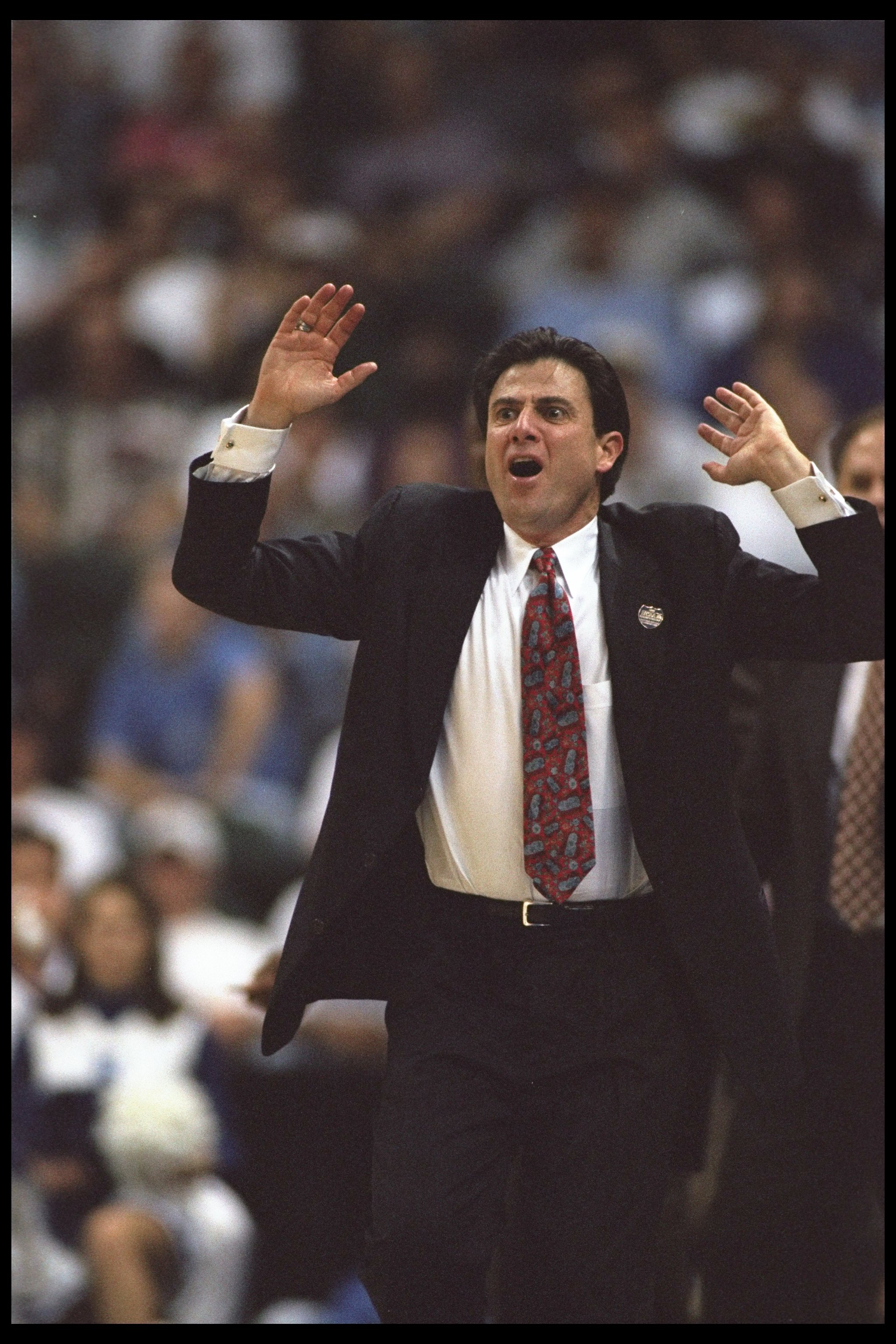 How Coach K rates:  Pitino, once upon a time, was an up and coming hot shot coach, much like John Calipari is today. He broke in at a smaller basketball school and ended up striking gold, rebuilding blue blood Kentucky.

Then he left for the NBA and hasn't really been the same since. His best days might be behind him, and so are his chances of catching Krzyzewski. 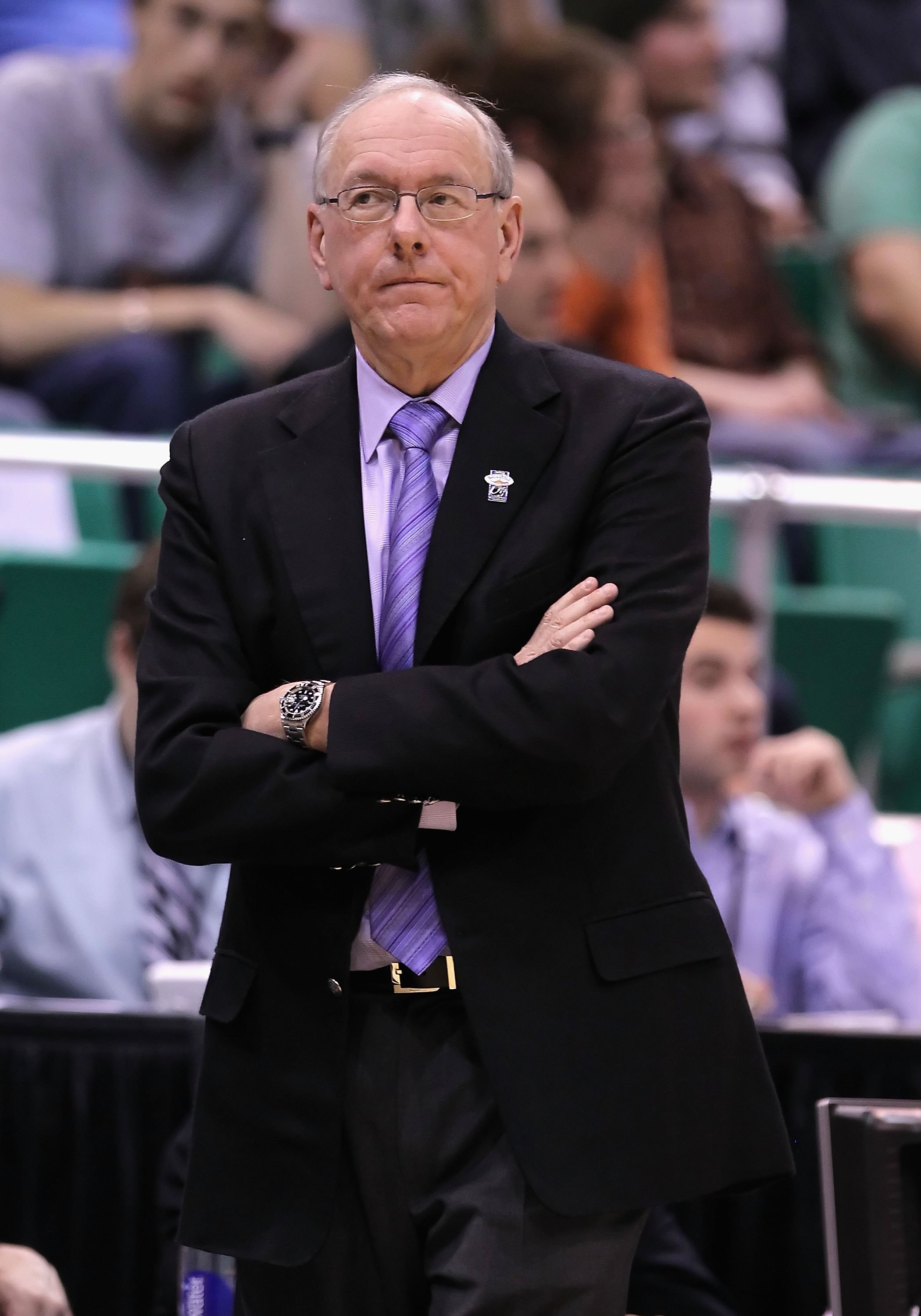 How Coach K rates: Another good friend of Krzyzewski, Boeheim has even tried to impart his zone defense on a guy who prides himself in strict man-to-man with no exceptions.

Got to give the guy credit for trying, but his longevity at one school and the success makes him a challenger to Krzyzewski. 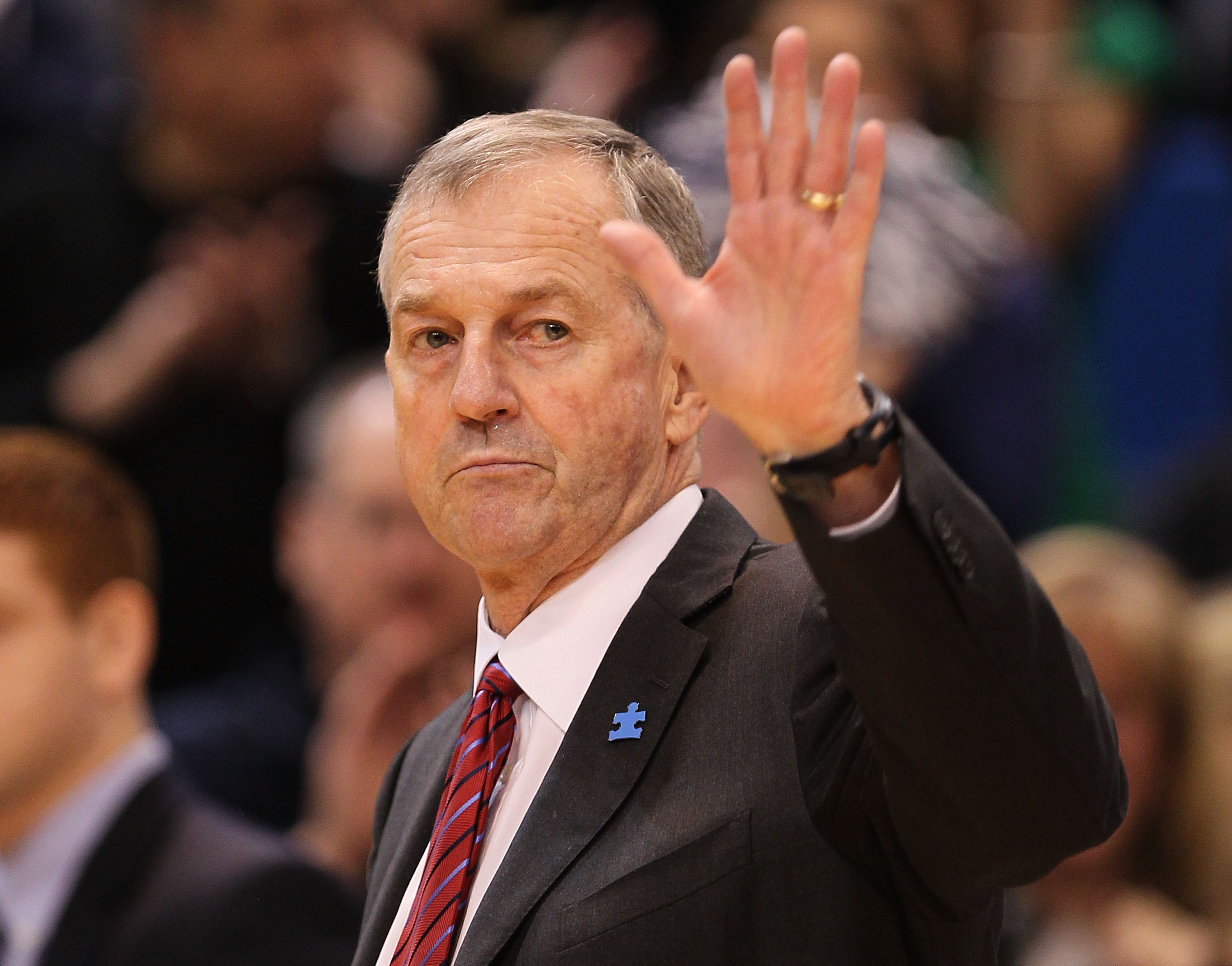 How Coach K rates: As far as matchups go, this is another good one in line with Izzo and Boeheim. Calhoun is a contemporary who has been very successful and has beaten Krzyzewski.

The records and championship favor Coach K, but there is no denying the powerhouse Calhoun has built at Connecticut.

How Coach K rates: Two more wins, and Krzyzewski will overtake Rupp on the all-time wins list for Division I coaches.

Rupp has four national titles, like Krzyzewski, and only John Wooden has more with 10. If it were possible, it would be an interesting and fierce matchup between two strong personalities, programs and heated rivals. 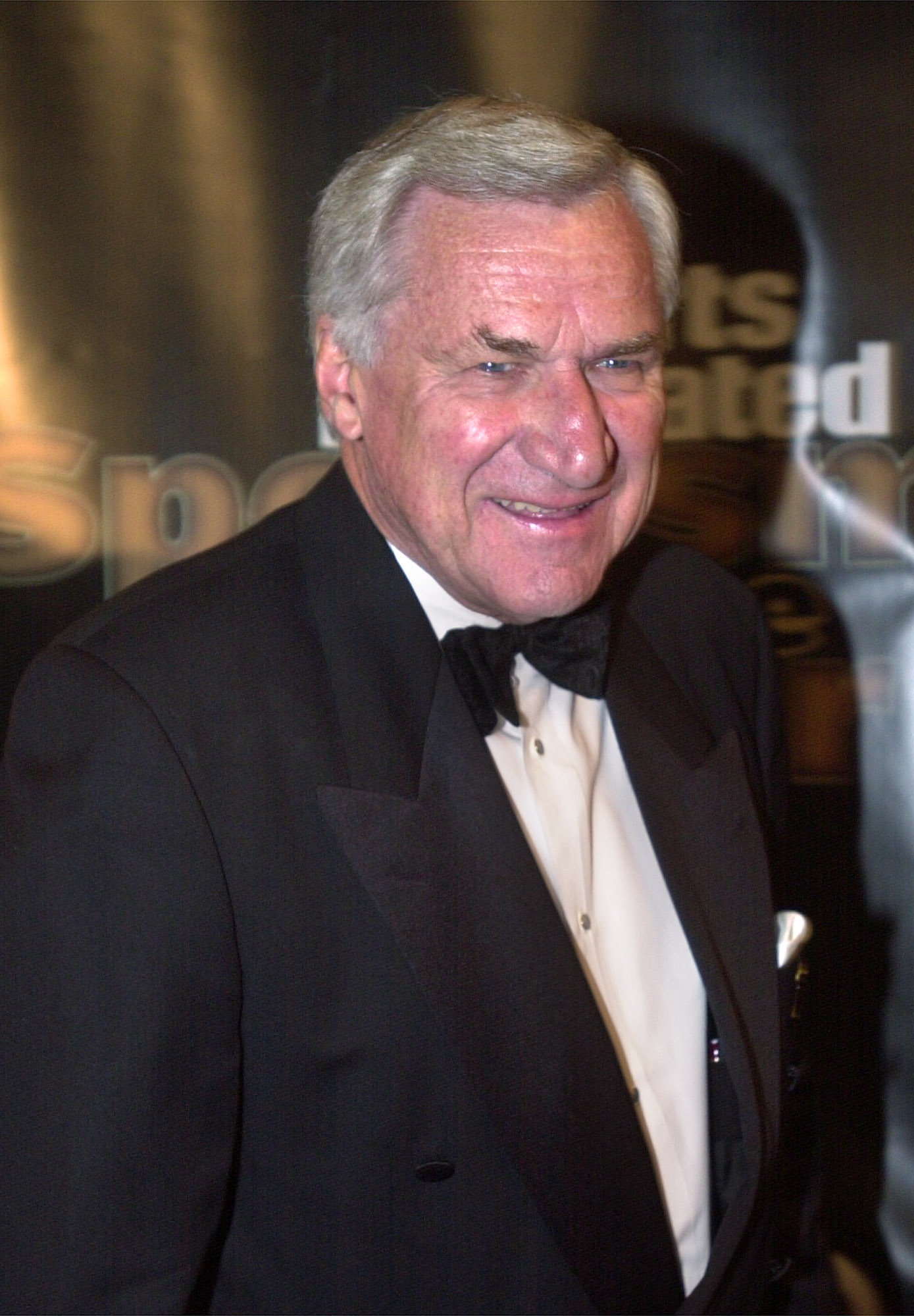 How Coach K rates: Speaking of fierce rivals, nobody got Krzyzewski more than Dean Smith.

Smith was the top dog in the ACC and country when Coach K arrived on the scene at Duke, and perhaps no one pushed Krzyzewski harder. 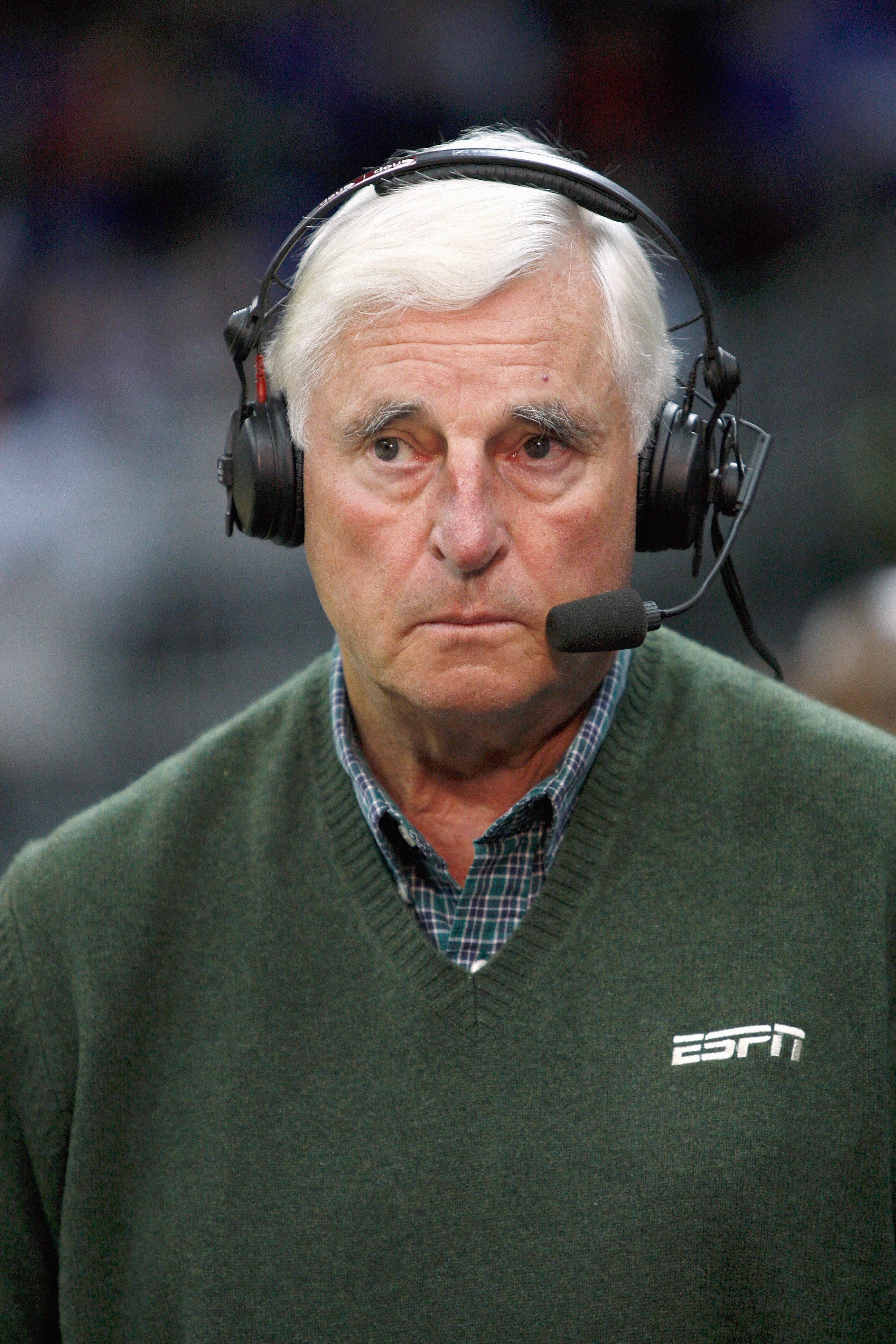 How Coach K rates: There are few people Krzyzewski admires and respects more than Bob Knight, his coach and mentor.

Coach K played for Knight at West Point, coached with him at Indiana and got a huge recommendation from him to get the job at Duke.

Krzyzewski bested his teacher on the court and soon in the record books, but there is no denying how responsible for his success Knight has been. 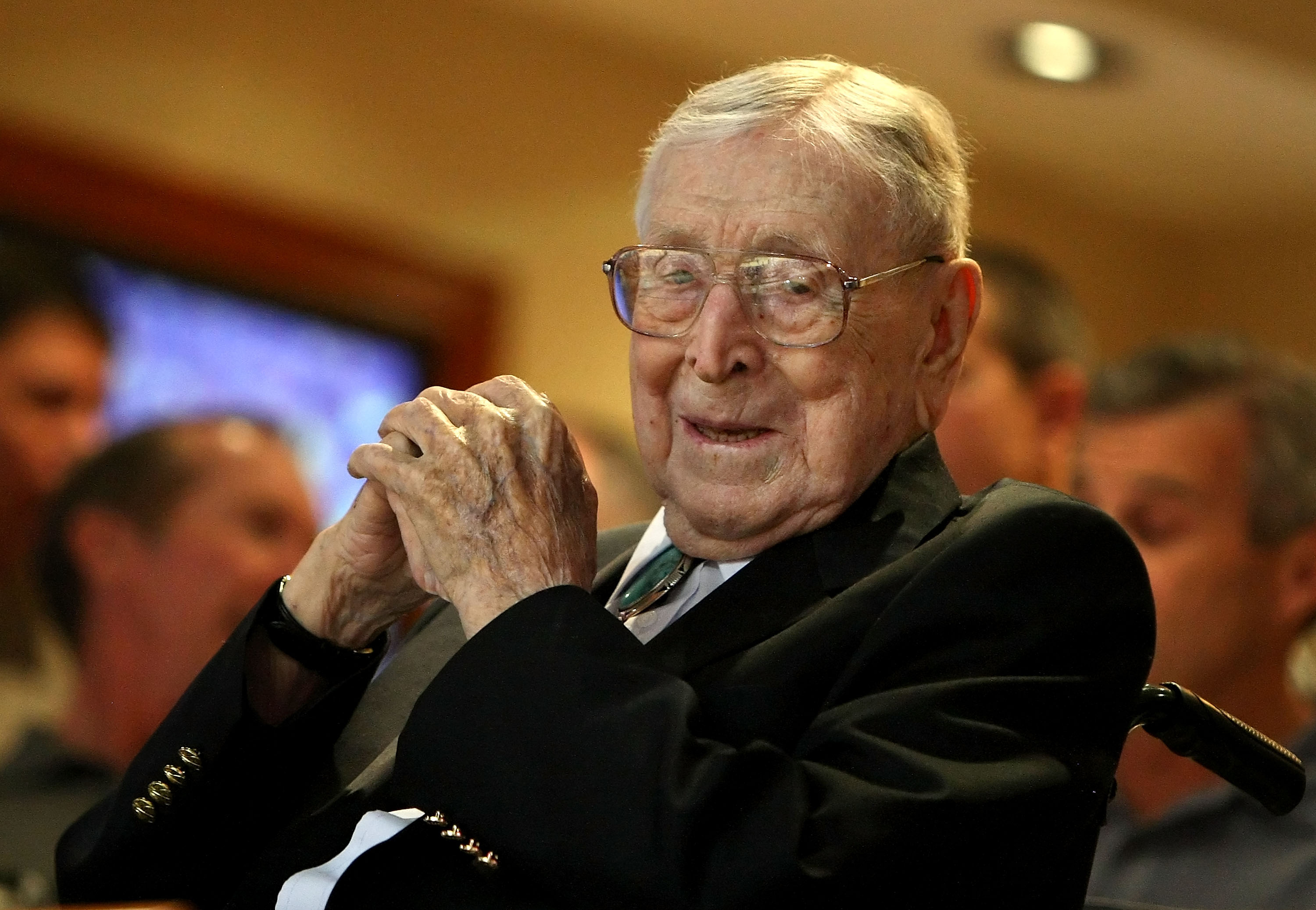 How Coach K rates: No greater gentleman has ever coached, and his record 10 Championships, including one stretch of seven in a row, will never be topped.

While Krzyzewski may have eclipsed his win total, he will never touch his total championships. There is no harm in a loss, and even the most devout Duke and Coach K fan has to yield to the gentleman from California by way of Indiana.

Krzyzewski is legendary, but Wooden is The Legend.