South Carolina vs. Clemson: 5 Keys To a Gamecock State Championship 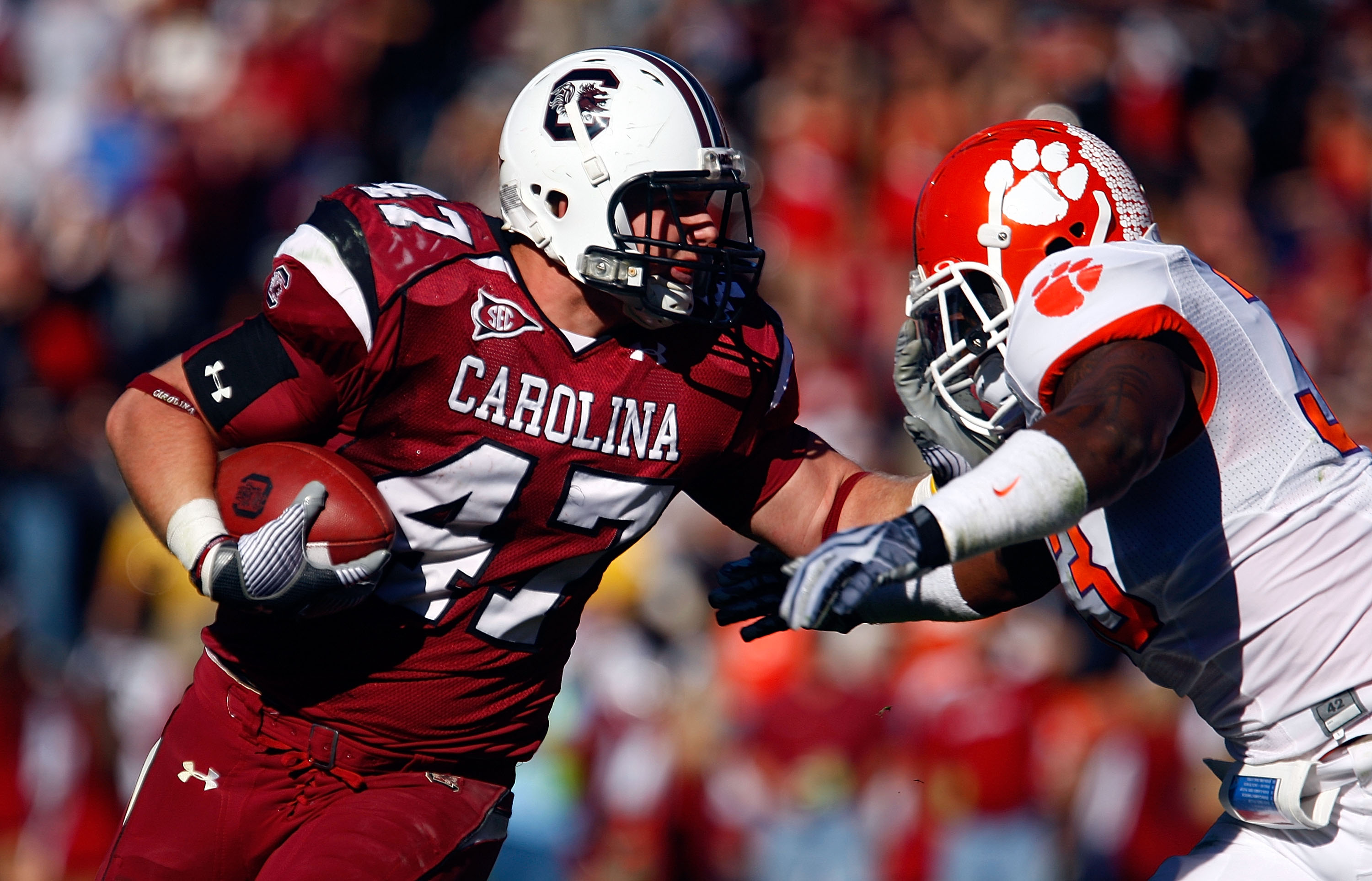 Ahhh...the annual rivalry between the South Carolina Gamecocks and the Clemson Tigers—one of the most heated and underrated rivalries in college football.

These two teams don't like each other very much.

Forget records, rankings and talent. This game is always strange and always exciting for people in the state of South Carolina.

On the line for Carolina? A nine-win season, something rarely done at the university, and momentum heading into the historic SEC Championship Game.

On the line for Clemson? A better bowl bid, bragging rights and the ability to say, "Oh yeah? Well, you still can't beat us!" 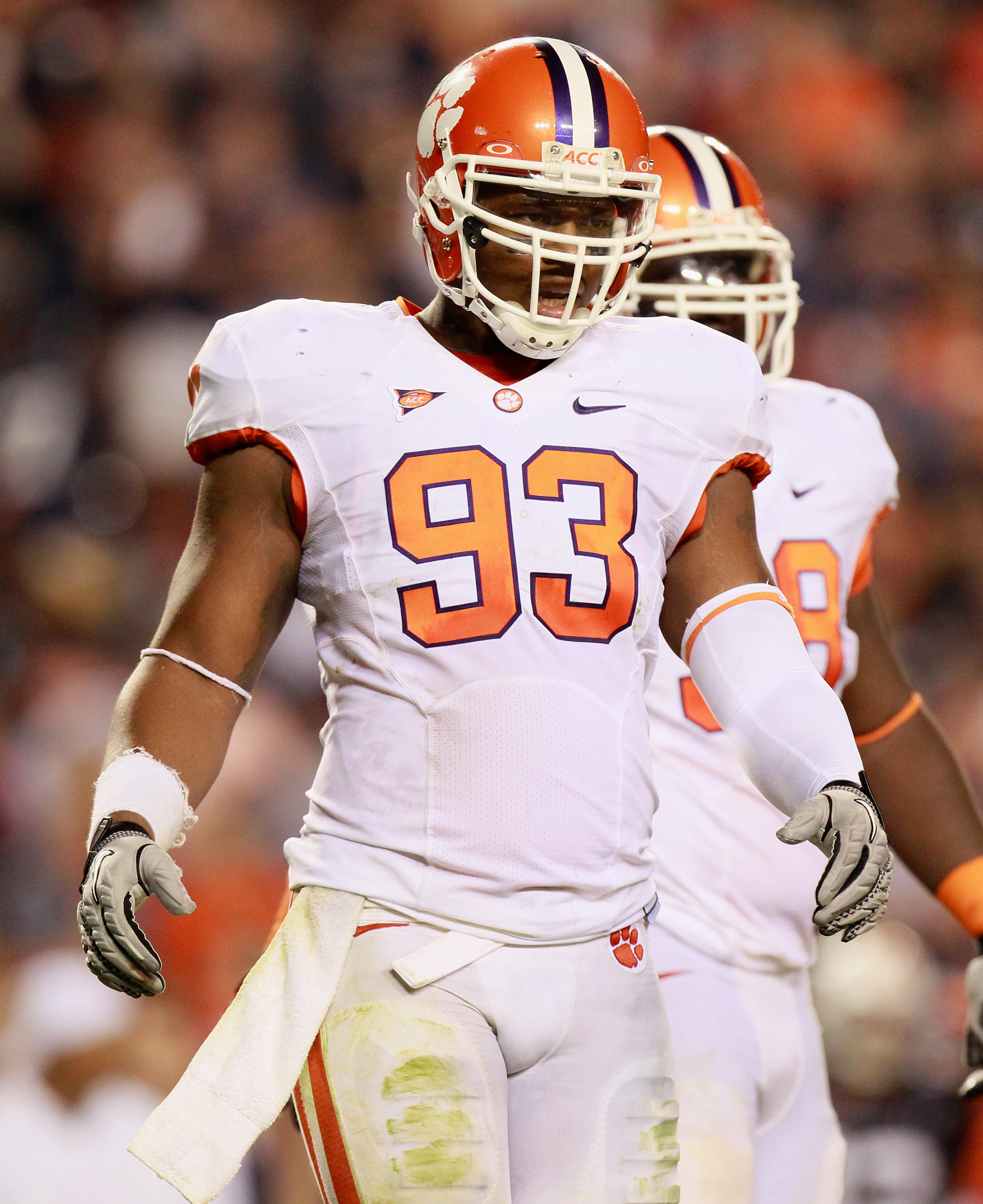 Steve Spurrier stated that Clemson may have the best defense that the team has faced all year. While it may be a stretch to call it the best, it is certainly up there with Alabama's and Auburn's.

Key No. 1: Find Ways to Move the Ball

South Carolina's offense is extremely balanced, and it will take a focused effort to win the game. The feeling here is that Marcus Lattimore cannot be the only weapon used against Clemson, even though Clemson is ranked 38th in the country against the run.

Stephen Garcia and Alshon Jeffery will have to be factors, and using Ace Sanders would be a great equalizer against the solid linebackers and defensive backs of Clemson. Clemson boasts the 21st-ranked passing defense and can cause some turnovers. 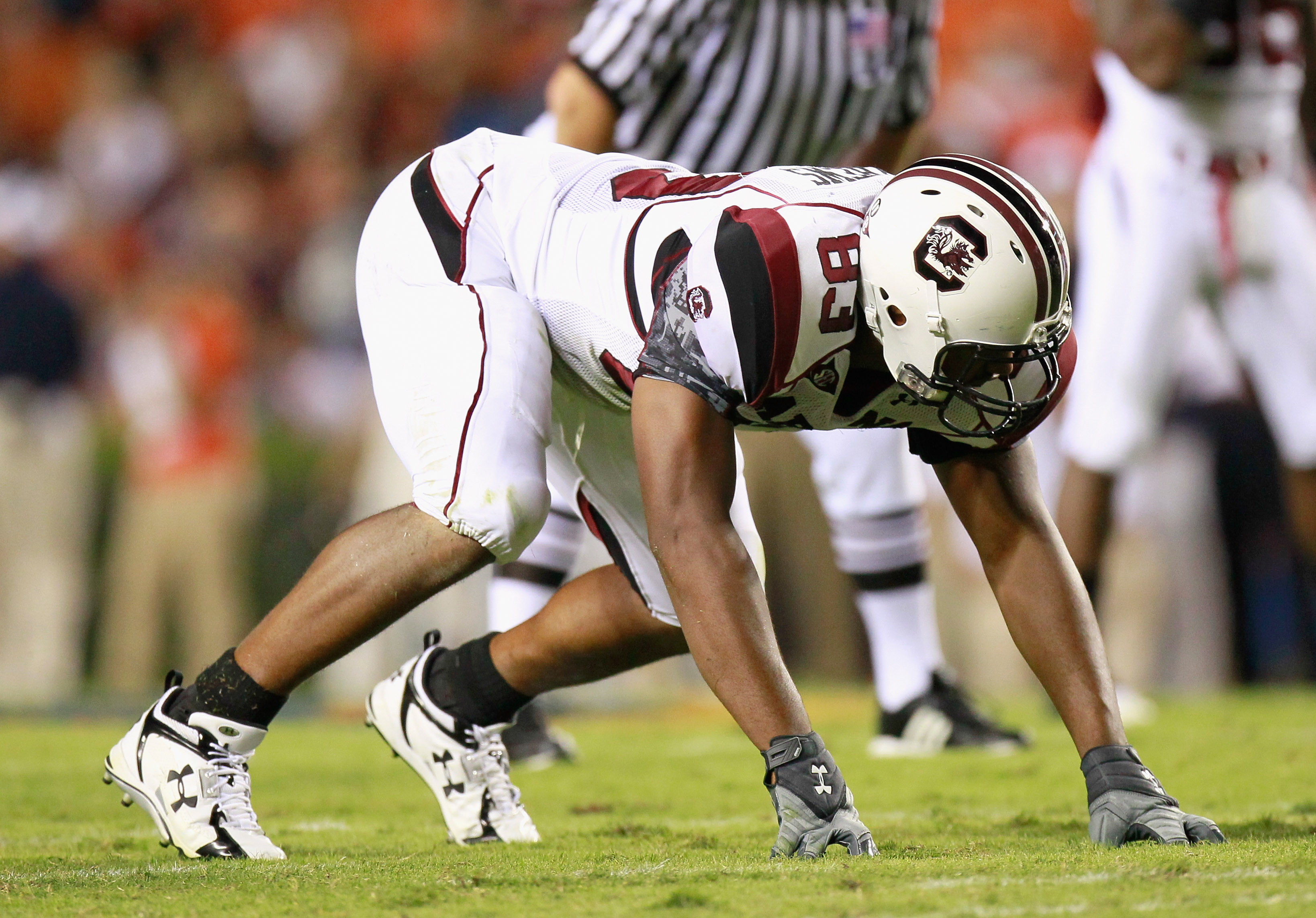 Look, as much as coach Dabo Swinney wants to make it seem like Kyle Parker is a big-time college quarterback, he just is not. In fact, he is easily the worst Clemson quarterback Spurrier has had to coach against.

Clemson's offensive line has been up and down as well...much like Carolina's. Carolina's defensive unit is second in the country in sacks.

If Parker gets frustrated early, South Carolina could roll. 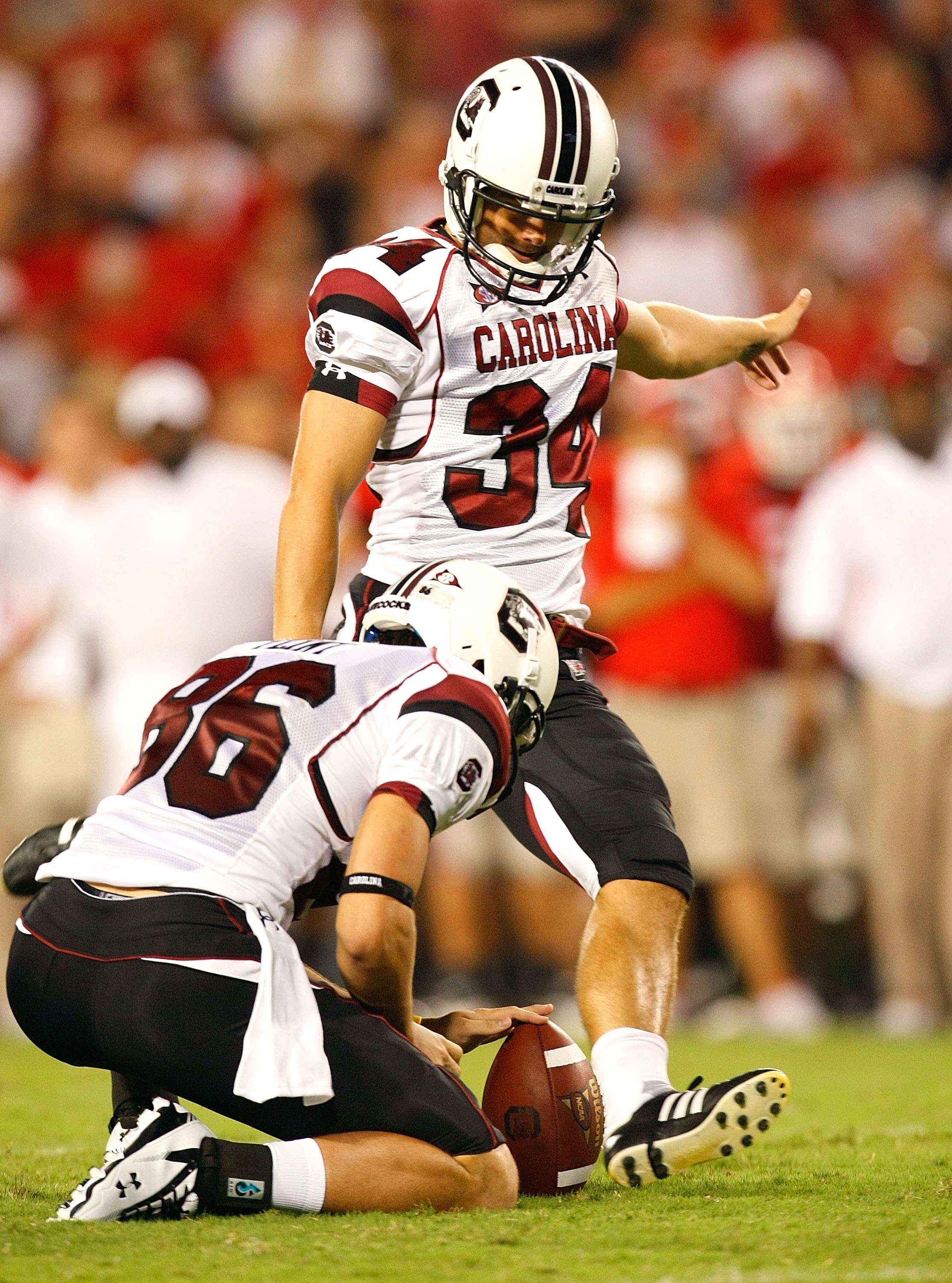 If it comes down to special teams, specifically the kicking game, who do you trust: Spencer Lanning, one of the best in the SEC, or Jimmy Newman, one of the most awful kickers in the country?

Clemson does have some decent returners and generally good coverage. If South Carolina avoids any fumbles on returns and does not allow any big returns, the field position battle could sway South Carolina's way, especially when the Tigers don't have an accurate kicker.

The field gets a whole lot longer when your kicker is only automatic from about 20 yards.

Key No. 4: Remember, the Most Important Game Is the Next One 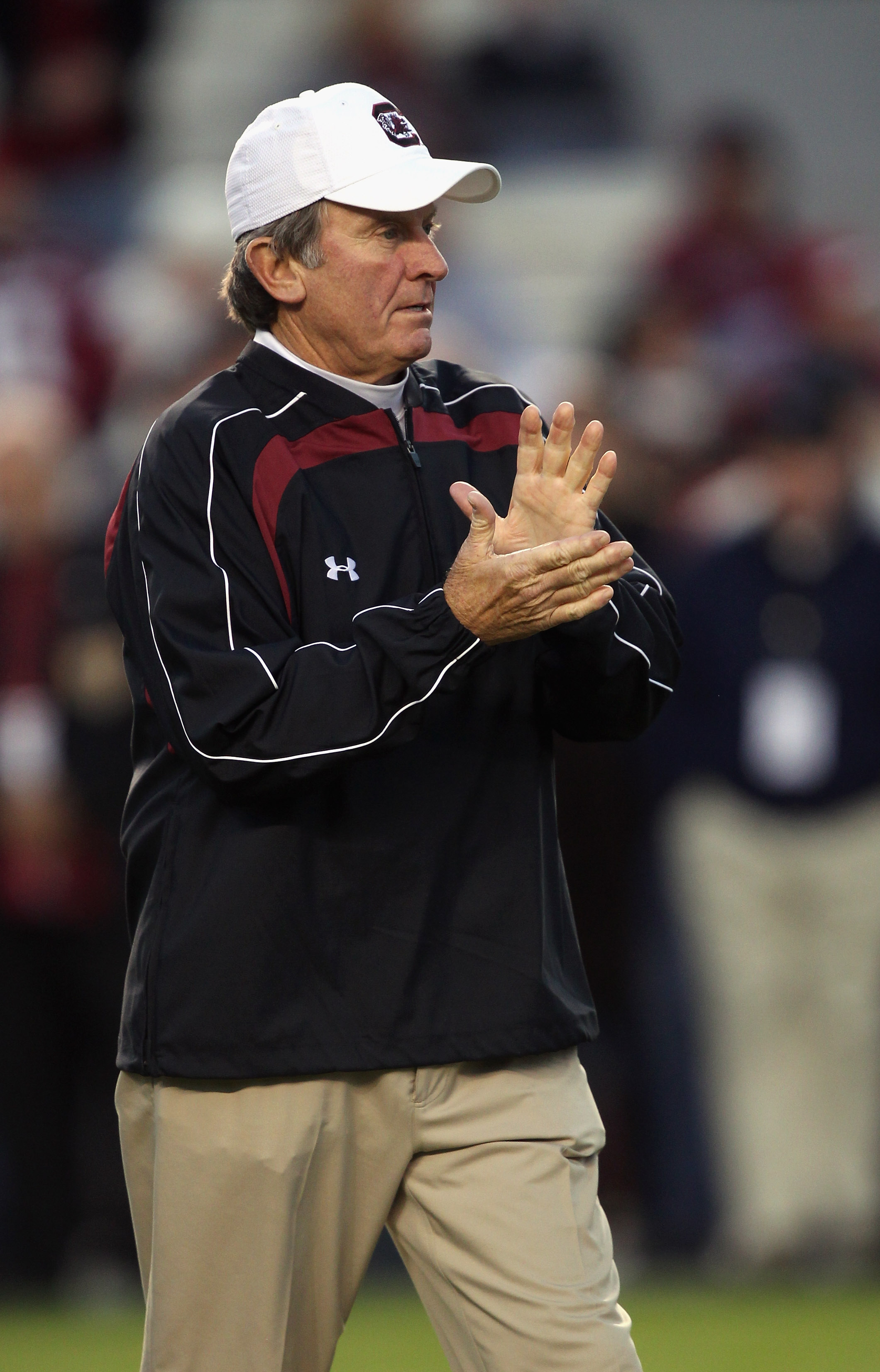 I don't mean Auburn either.

Clemson is the next game, and the Gamecocks need to prepare and play like it.

Regardless of what happens, this feels a bit like deja vu. Last year, the roles were reversed. Clemson was on the way to an ACC Championship Game, and the Clemson game WAS Carolina's season.

This year, this is Clemson's biggest game. They win this and the season feels like a success.

South Carolina's biggest game is next week. However, in a year that has quickly become "the South Carolina History Train 2010," this game has significant meaning...a rare two-game win streak against the in-state rivals.

Key No. 5: There Is No Place Like Home...But Better Make Yourself at Home

South Carolina has struggled on the road. Even though there will be more Carolina fans at this road game than the usual road trip, there will still be a sea of orange.

Why is the home field advantage so important to South Carolina?

It is easy: focus. The team gets easily distracted on the road. Memorial Stadium in Death Valley can get extremely loud, and if South Carolina can't find a way to focus and execute, the game could get ugly.

I do not disrespect Clemson as a program. As a Carolina fan, they are the essential villain that every team needs...and with the premium placed on in-state recruits, this is an important game. We need them, and they need us.

This year, the talent is heavily skewed toward South Carolina. This game will be very close and has the makings of a big, emotional game for Clemson and a meaningless end of season game for Carolina.

Only it isn't. It never is. Spurrier will have the team ready to play, and it will be close.

Carolina should pull out this victory.