NBA Trade Rumors: 5 Players Who Could Be Moved Before The Trade Deadline 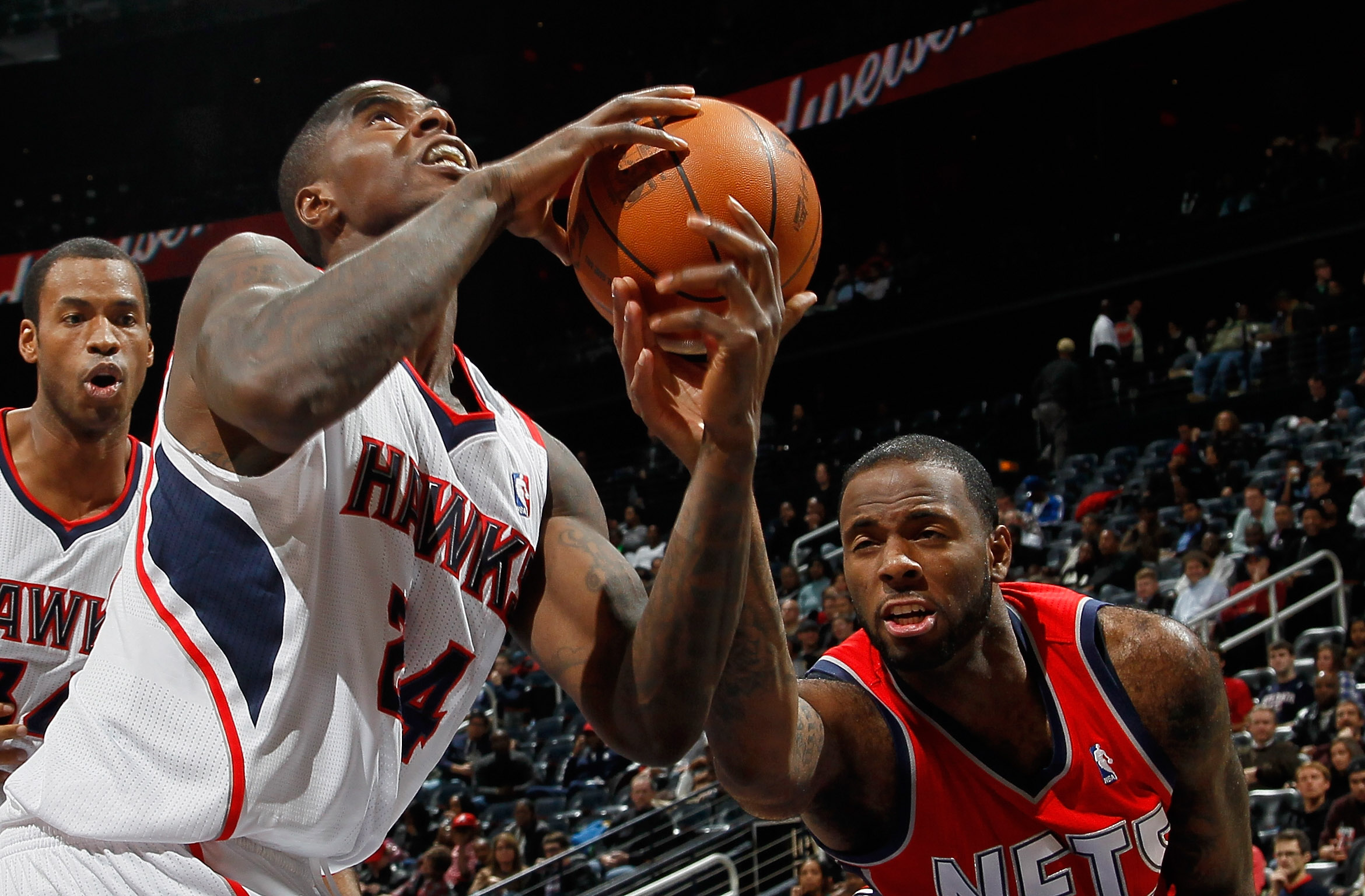 In a season of giving, often we are more excited about the receiving aspect of the holidays. NBA teams are the same way. Everybody is looking for the perfect deal, the best bargain, the something for nothing trade that they can pitch to their fans as the next step toward a championship for their fans.

Occasionally, gifts do come from other teams. The Lakers were given the gift of one of the league's most skilled big men (although that trade looks more and more balanced by the day), the Mavericks were given Dirk Nowitzki, and the Celtics were given Kevin McHale and Robert Parish for what amounted to Joe Barry Carroll.

The fact is that there are still one-sided deals out there to be made, but they are difficult to find. Often, a player who falls out of favor with a coach or does not fit particularly well can be had at a discounted rate because of his issues with his team.

Without further ado, here are five players who could be traded in the coming months as the trade deadline approaches. 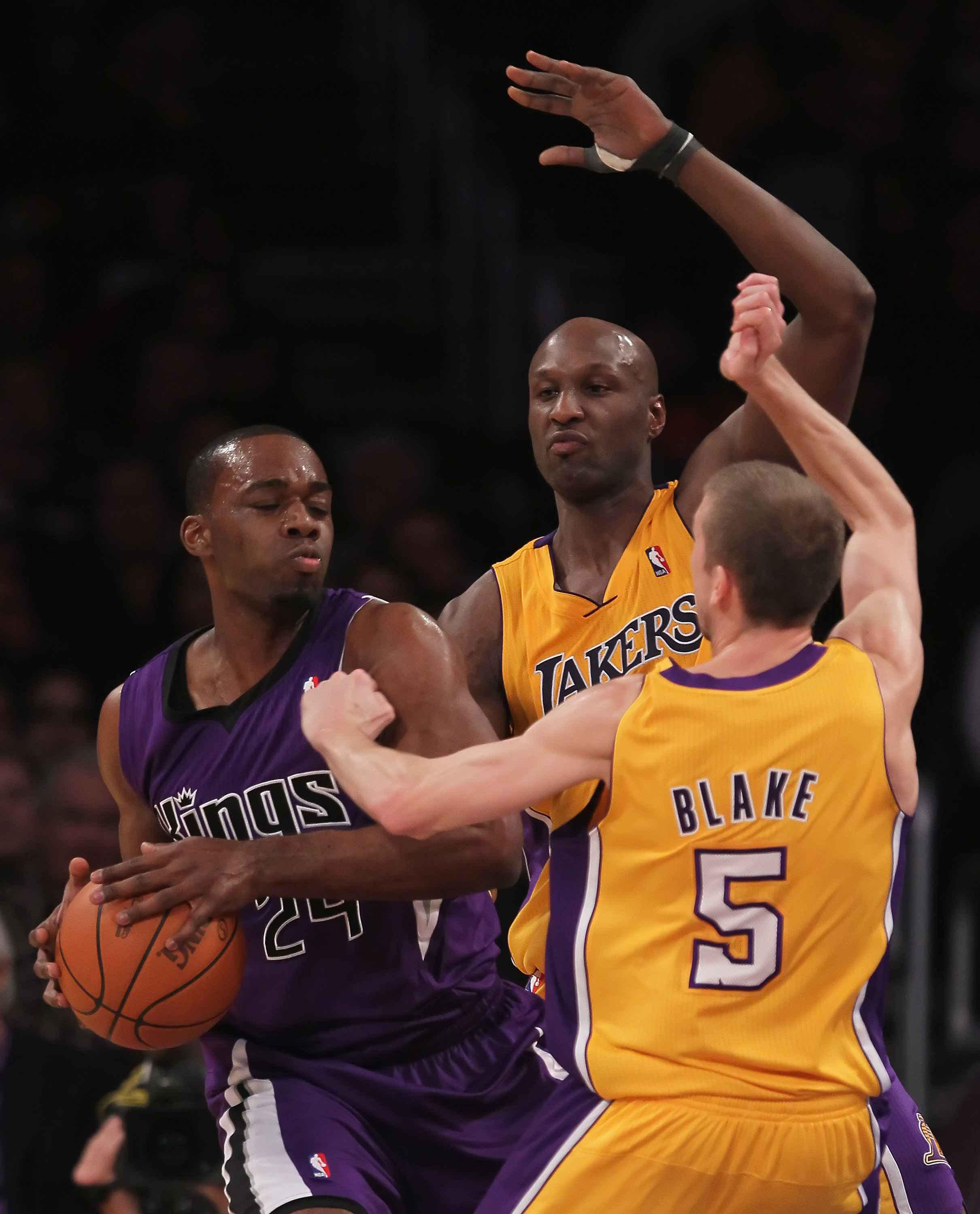 Early on in the year, rumors were swirling about a potential Jason Thompson trade in Sacramento after he fell out of the starting lineup and the rotation. Now, with Thompson's re-emergence as the starting power forward, it is another power forward's name, Carl Landry, that has been mentioned in numerous scenarios for the Kings as they look to rebuild.

Acquired in the deal that saw them trade away Kevin Martin, Carl Landry was expected to instantly step into the Kings lineup and add a added dimension as an efficient post scorer. He was one of the league's most underrated power forwards and the Kings hoped he would fill the role as the second weapon alongside Tyreke Evans they had been waiting for all season.

After a good first partial season, the second year has not gone nearly as well. His scoring is down, his efficiency is down, and he's rebounding even less. Quickly, he has fallen out of the starting lineup to a reserve role and his future with the team is murky given his expiring contract.

Given that the Kings are looking to get younger and rebuild, they will likely look to move Landry for some sort of young asset, be it a draft pick or a young player. He could add a lot to a contending team as a sixth man just as he did with the Rockets a year ago. 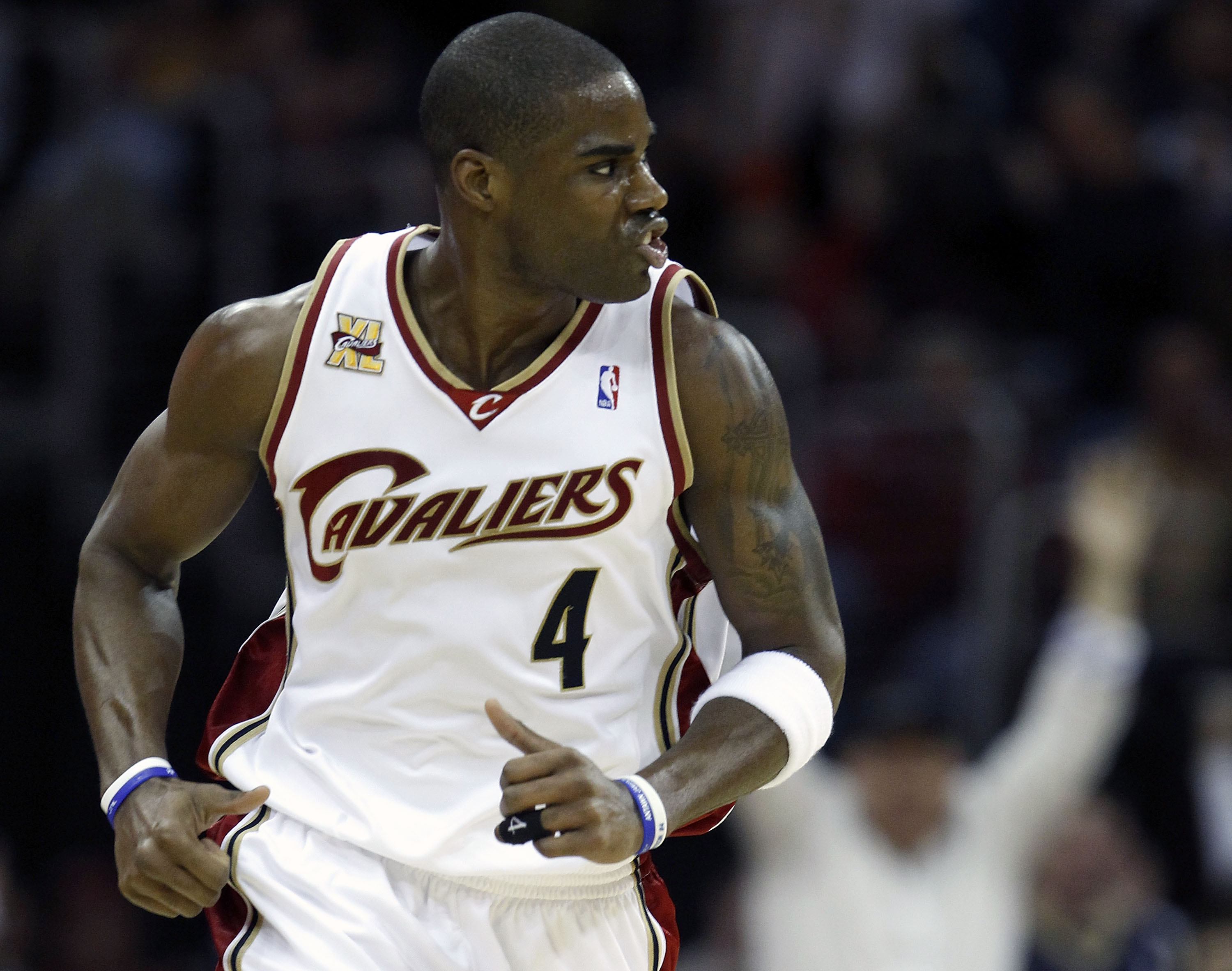 Acquired to be the sidekick that would keep LeBron James in Cleveland, Cavaliers fans are quickly learning that Antawn Jamison is not good enough to be anything more than a complementary piece in an offense.

Early in the season, as the Cavaliers sought to give up-and-coming J.J. Hickson more minutes, Jamison was relegated to a bench role and struggled mightily. Now back in the starting lineup, Jamison has recovered to a certain degree but is still not playing up to his past standards. Whether it is decline or simply a bad fit in the offense, Jamison is not making the same unique shots that he used to pride himself on.

While his performance has been disappointing, it is almost inconsequential compared to his role on the team. With the Cavaliers struggling at 8-21, does the team have room for a player making in excess of $13 million the next two years? Jamison is a terrific role player, but if the team wants to get better for the future, they will have to rid themselves of his somewhat toxic contract to free up some money moving forward.

The biggest question will be whether they can move his contract. While last week's trade of Gilbert Arenas and Rashard Lewis proved that no contract is truly un-tradeable, the Cavaliers will likely have to take back an unpalatable contract if they wish to move Jamison. With three additional first round picks from the Miami Heat over the next five years, the Cavaliers could sacrifice a minor asset along with Jamison if it meant bringing back an expiring contract. If they could, they would have to at least consider moving him. 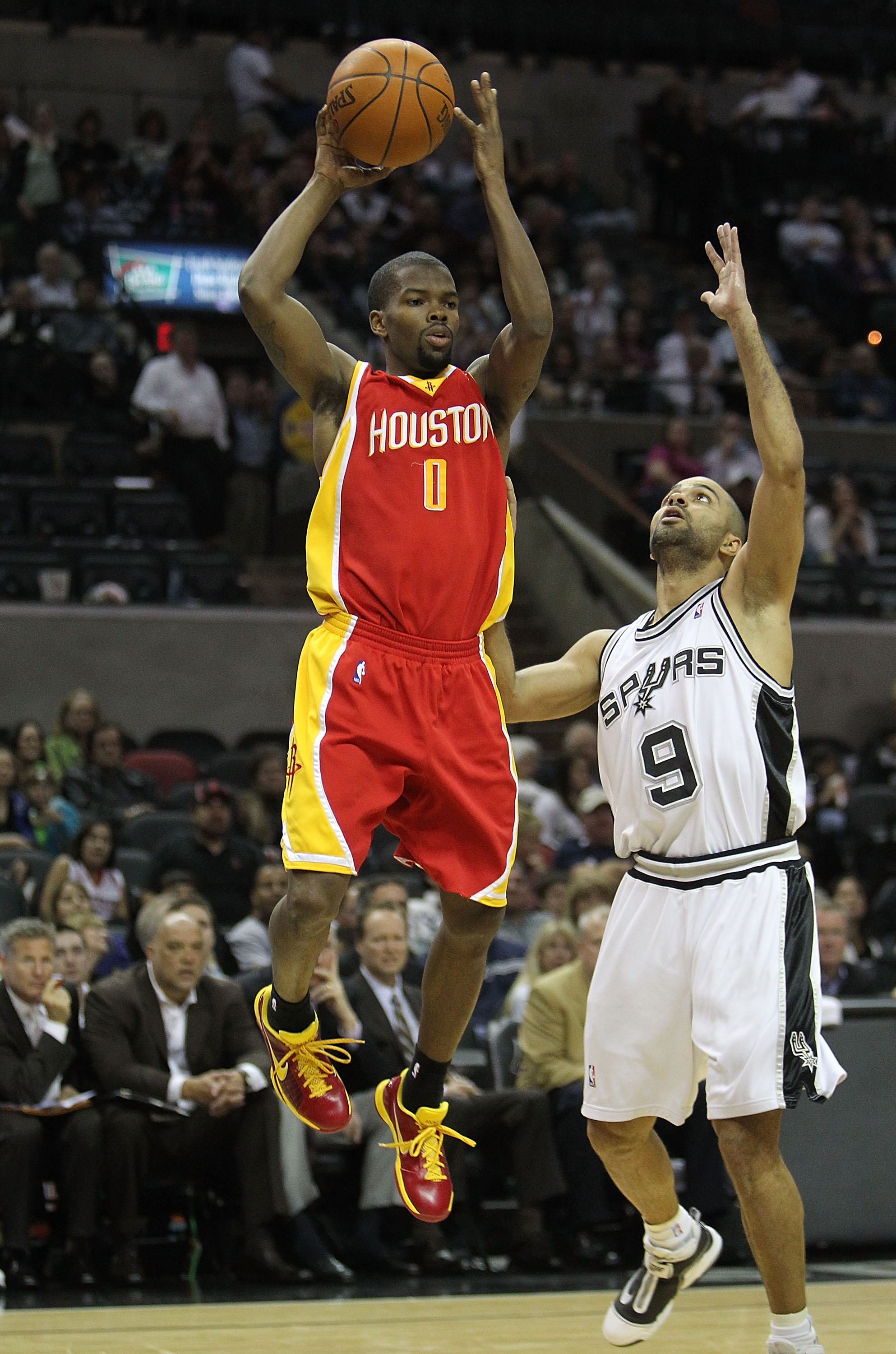 After seeing Al Horford, Mike Conley, and others sign lucrative contract extensions in a year where very few extensions were expected, Aaron Brooks was reputed to be quite frustrated with the Rockets' reluctance to offer him a contract. While the Rockets' hesitance in extending Brooks was simply team policy of not giving extensions, Brooks was nevertheless unhappy.

After falling to an 0-5 record and losing Brooks to injury, things looked bleak for the Rockets. However, with the emergence of Kyle Lowry, the Rockets rode a strong stretch with a weak schedule to a 14-10 record with Brooks out of the starting lineup.

With Lowry playing stronger defense than Brooks, passing better, and even beginning to hit the outside shot, Brooks now appears to be trade bait for a team that is set at the point without him. Ishmael Smith has played well in limited minutes, and play-making wings Terrence Williams and Courtney Lee can man the point as well.

In the Rockets well-chronicled attempts to acquire a star player that can take the reins of the club, Brooks is likely on his way out in a simple numbers game as the once untouchable point guard is now expendable. 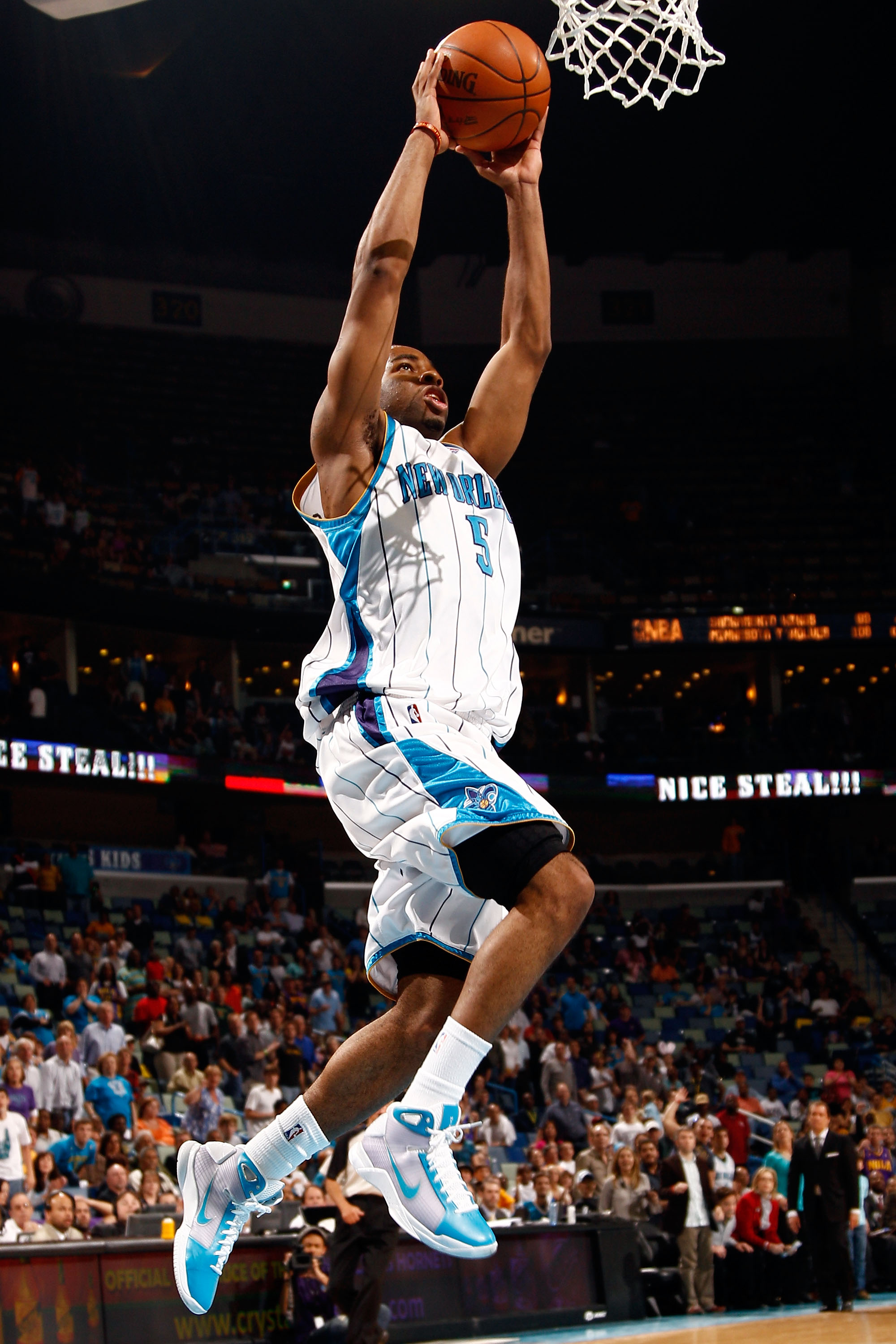 After a tremendous rookie season, many had Marcus Thornton on the track towards stardom. He showed a good outside stroke, was a tough defender, and showed off an incredible ability to drive to the rim and keep control of the ball.

In his second season, Thornton is not playing up to his rookie levels, but has proven to still be a valuable player, scoring well, rebounding tremendously, and showing off an improved three point shot. However, instead of the 26 minutes per game that he was playing last year, Thornton is now playing 15.

Part of this dip in minutes has to do with the Hornets new-found depth of wing players. With the additions of Willie Green, Marco Belinelli, Trevor Ariza, and Jarrett Jack, there is now significantly less room for Thornton in the rotation than there once was.

While the fact that Green and Ariza are playing more minutes than Thornton is a controversial one given their struggles, the fact is that he is squeezed in a numbers game and many are expecting the Hornets to shop Thornton as they look to upgrade elsewhere to appease Chris Paul.

Whether this is a wise move or not, Marcus Thornton should not be signing a long-term lease anytime soon. 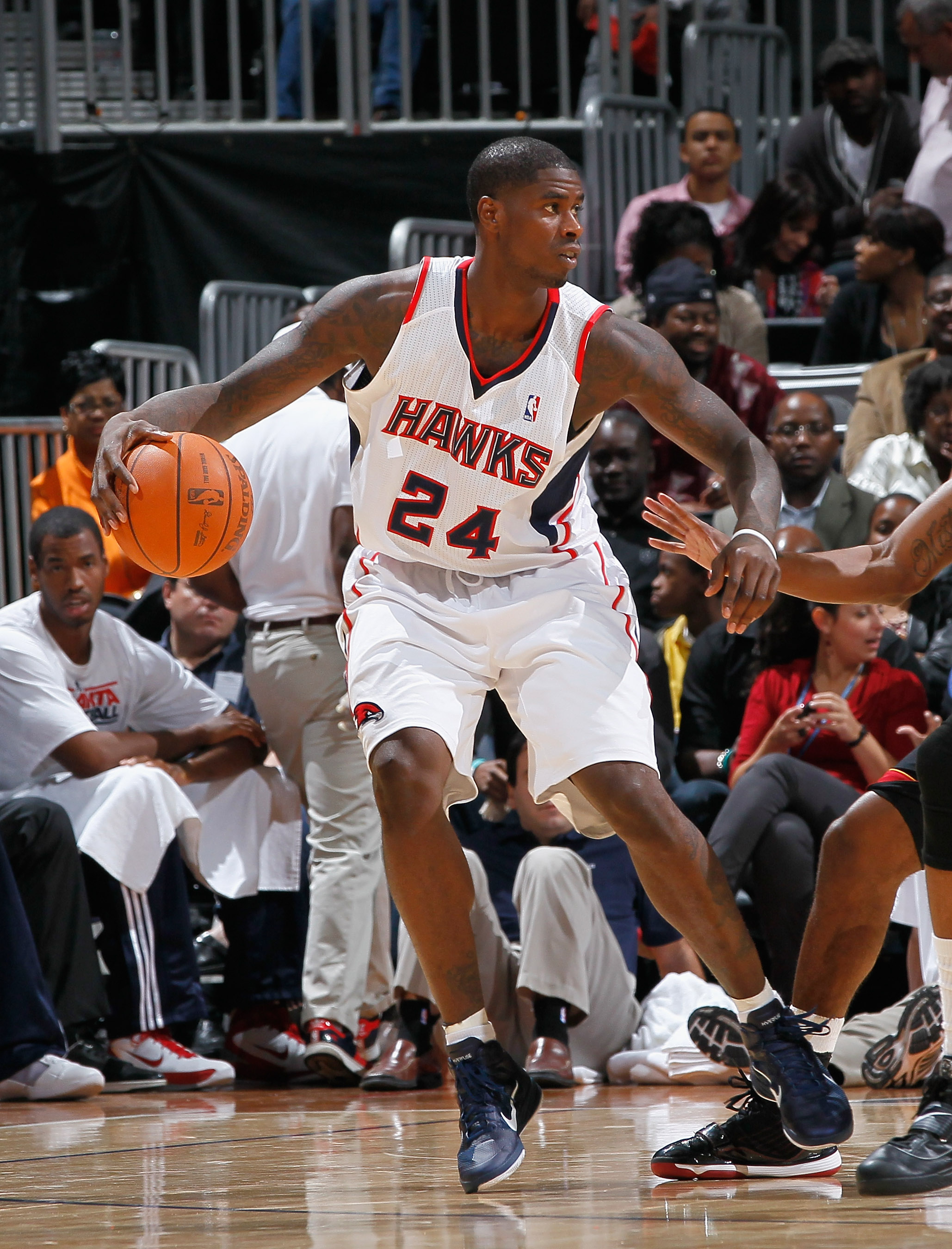 After signing Al Horford to a huge contract extension for the next five years, the Hawks have painted themselves into a corner financially moving forward. Horford, Joe Johnson, Josh Smith, Zaza Pachulia, and Marvin Williams are all signed to large contracts over the next three years.

With a new collective bargaining agreement coming up that is expected to shrink team's abilities to exceed the cap, the Hawks will likely make a move to trim future payroll. The general consensus around the league is that they will look to move Josh Smith for a huge package or find a taker for Marvin Williams' somewhat over-sized contract.

After Marvin Williams' start to the season, it appears more likely that the Hawks will try to move his deal. Losing his permanent spot in the starting lineup, Williams' role with the team moving forward is now questionable. The Hawks could be favoring starting Horford at the power forward position against teams with larger front courts which would shift Josh Smith to the small forward, potentially limiting Williams' playing time.

While he hasn't been out of the starting lineup for every game, his reluctance to accept a bench role has many wondering how long he will be in Atlanta. His benching lasted one game, but with Atlanta playing well with Horford at the 4 and Smith at the 3, it's only a matter of time before Marvin Williams will be living in a new zip code.