One Spot Left: Should The LA Dodgers Sign Vicente Padilla or Brandon Webb? 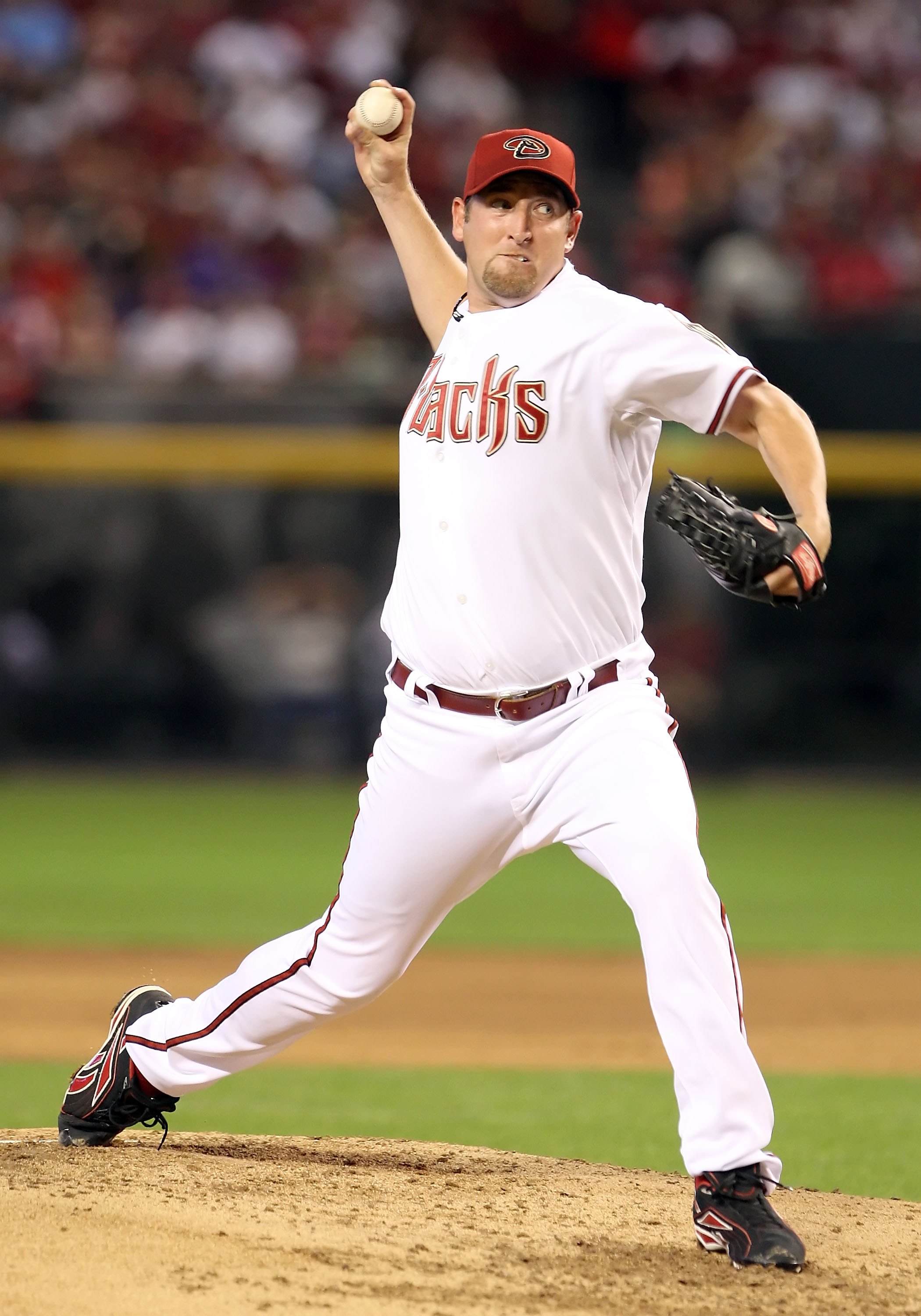 As the Hot Stove heats up and the weather cools down, names are flying around like bugs on Joba Chamberlain.

Among the more notable ideas is the Dodgers' interest in Brandon Webb. Los Angeles has already re-signed Ted Lilly and Hiroki Kuroda to new contracts, leaving just one spot left in what could be a very solid starting rotation.

So far, early returns suggest the rotation will look something like this: Clayton Kershaw, Chad Billingsley, Ted Lilly, Hiroki Kuroda and either Vicente Padilla or Brandon Webb.

The Dodgers appear close to signing Webb, as there is a significant difference between the dollar figure and years Padilla is looking for and what LA is willing to offer.

Looking at the two pitchers side-by-side, there are small pros, and major cons for both. 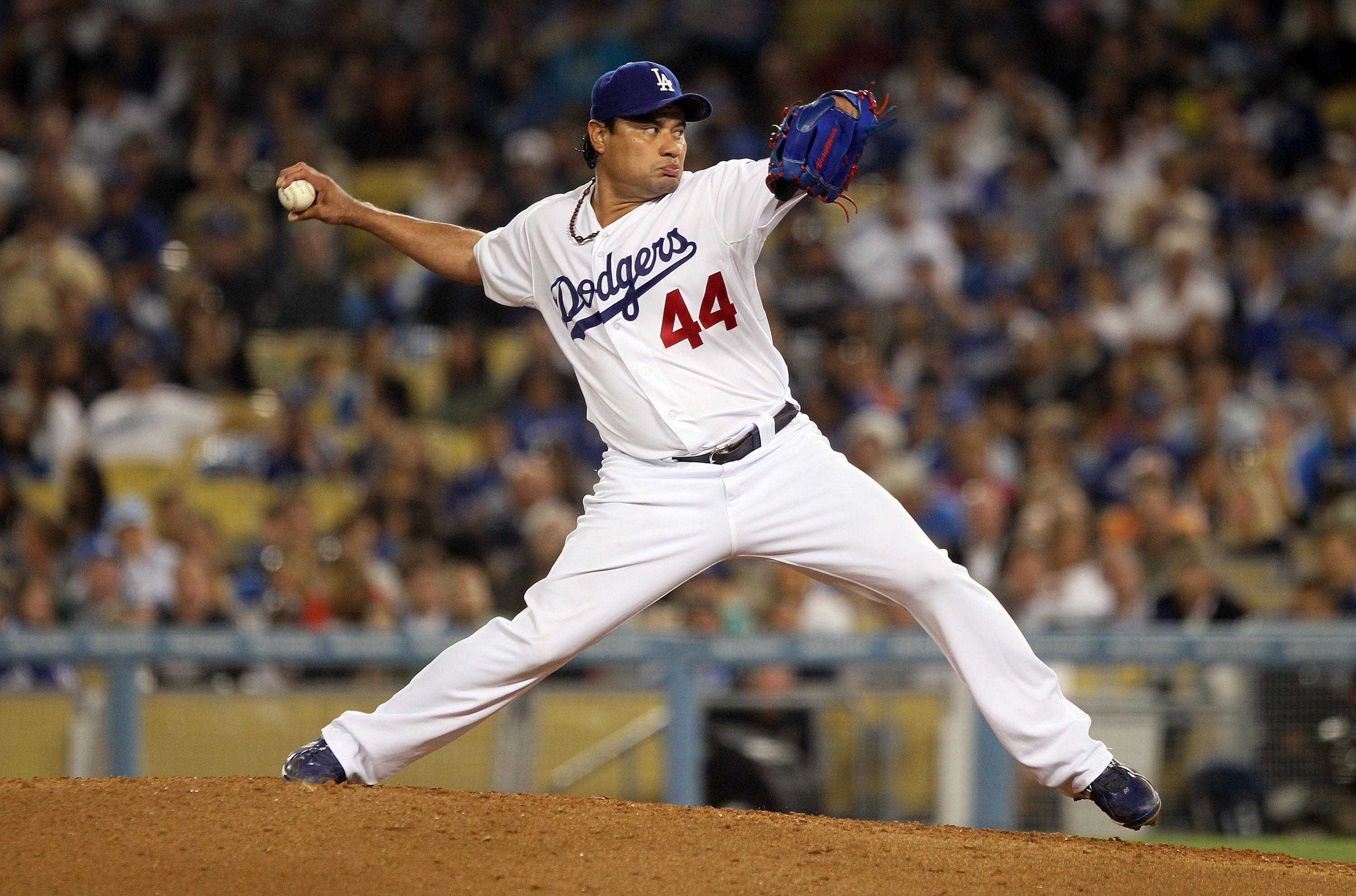 Padilla made $5.025M as a Dodger last season, as is seeking a slightly higher figure for 2011, and evidently has hinted at wanted more than a one-year contract.

While Padilla was effective and seemed rejuvenated at times, other times he was severely hampered by nagging injuries that removed him from games in early innings.

When he's on, he's lights out. But can the Dodgers afford another season like 2010 in which starters are consistently injured and minor-leaguers can't cover the gaps?

Los Angeles traded James McDonald, a potential starter in the making, to acquire Octavio Dotel, before trading Dotel to the Rockies prior to the conclusion of the season. John Ely roared on to the Major League scene, only to pull a 180 degree turn and become completely unreliable.

Signing Padilla seems like a huge gamble for the Boys in Blue, and GM Ned Colletti has hinted at going after an outfielder before making a decision on the remainder of the rotation.

If the Dodgers indeed pursue an outfielder first, they may not have the payroll to accommodate Padilla, which may be a good thing.

It's far more reasonable for the Dodgers to pick up a fifth starter closer to the season, or promote from within if a power bat in left field can be inserted into the line-up.

Additionally, if the team can't acquire a fifth starter prior to Spring Training, they may test the trade market with James Loney to get a power bat at first base, or in the outfield with an economy substitution at first base.

If either of those scenarios come to fruition, expect the Dodgers to find a back-of-the-rotation starter at the bottom of the free agent pool, or in their minor-league affiliates.

Padilla remains an option, but his asking price and/or years desired will have to come down, or the Soap Bubble will be floating elsewhere when 2011 arrives. 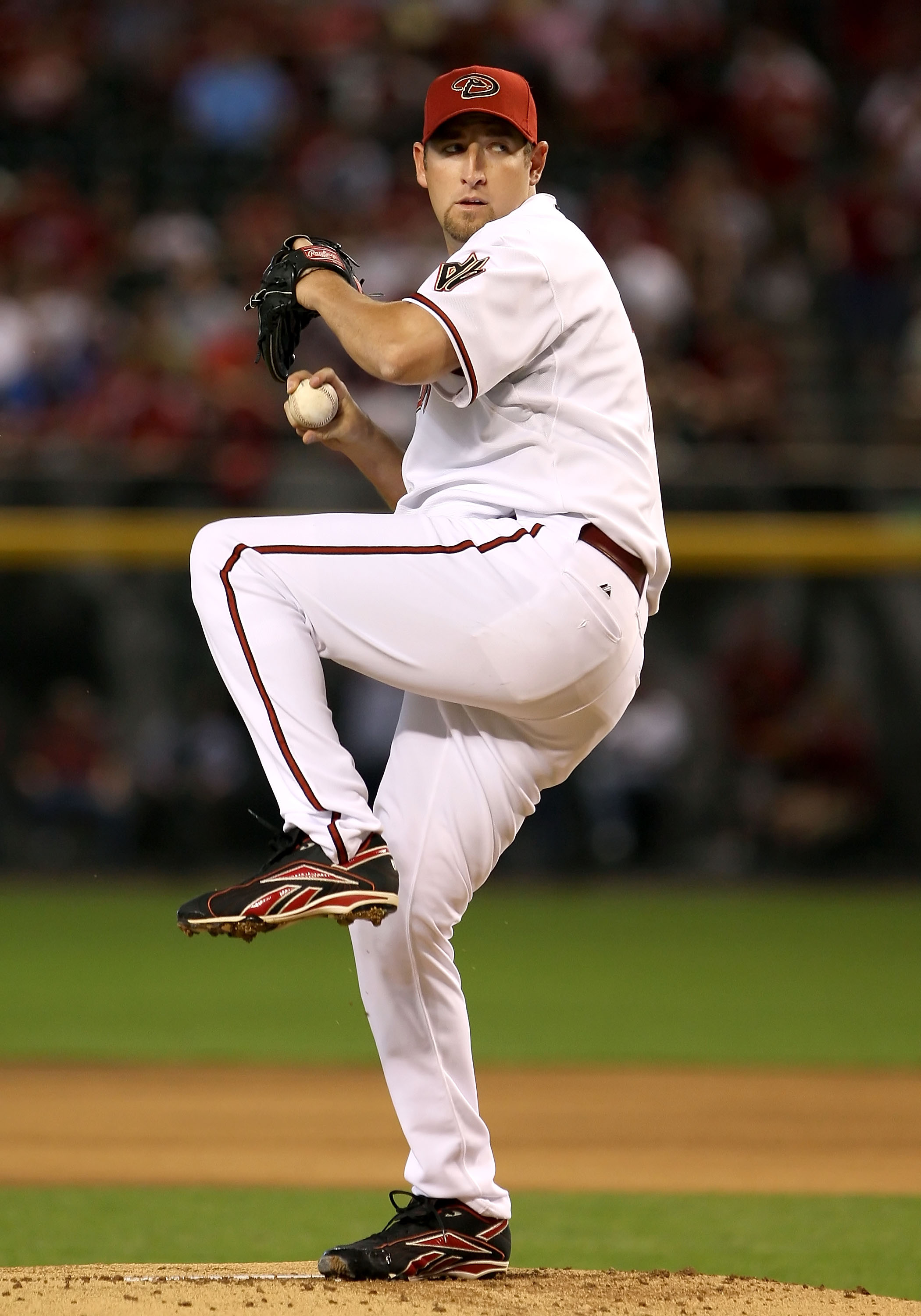 Unfortunately for the Dodgers, it appears their top two candidates for the final rotation spot are pitchers with successful pasts and injury-marred seasons in recent years.

Since 2008, Brandon Webb has appeared in just one game for the Diamondbacks, and will have to put on a show for big league scouts if he plans to impress enough to earn a roster spot.

Webb earned $8.5M from the Diamondbacks last season while not throwing a pitch in game action, and understands he will not make that much in 2011. However, he is rumored to be asking for a figure near Padilla's from last season. If the Dodgers were to fork out that kind of cash for Webb, it doesn't seem feasible as a viable option.

The Dodgers will still need funds for a power bat, likely one that will also play outfield, a bullpen position and a utility infielder. The only scenario that makes sense then would be to sign Webb, and give Eric Chavez a crack at a roster spot, which has reported by several experts close to the Dodgers organization.

Either way, it appears the Dodgers are going after position players at this point, with an outfielder and utility infielder the nearest targets.

After firming up the positional roster, Colletti may finalize the rotation with a smaller free agent or acquire a pitcher via trade, which seems like the most sound way to approach this off-season.

Signing either Padilla or Webb would compromise too much of the payroll, despite its rumored increase for 2011. The Dodgers may not sign either one, but that would be just fine in Los Angeles.