College Football: TCU at Utah Leads Game of the Week Contests on Saturday 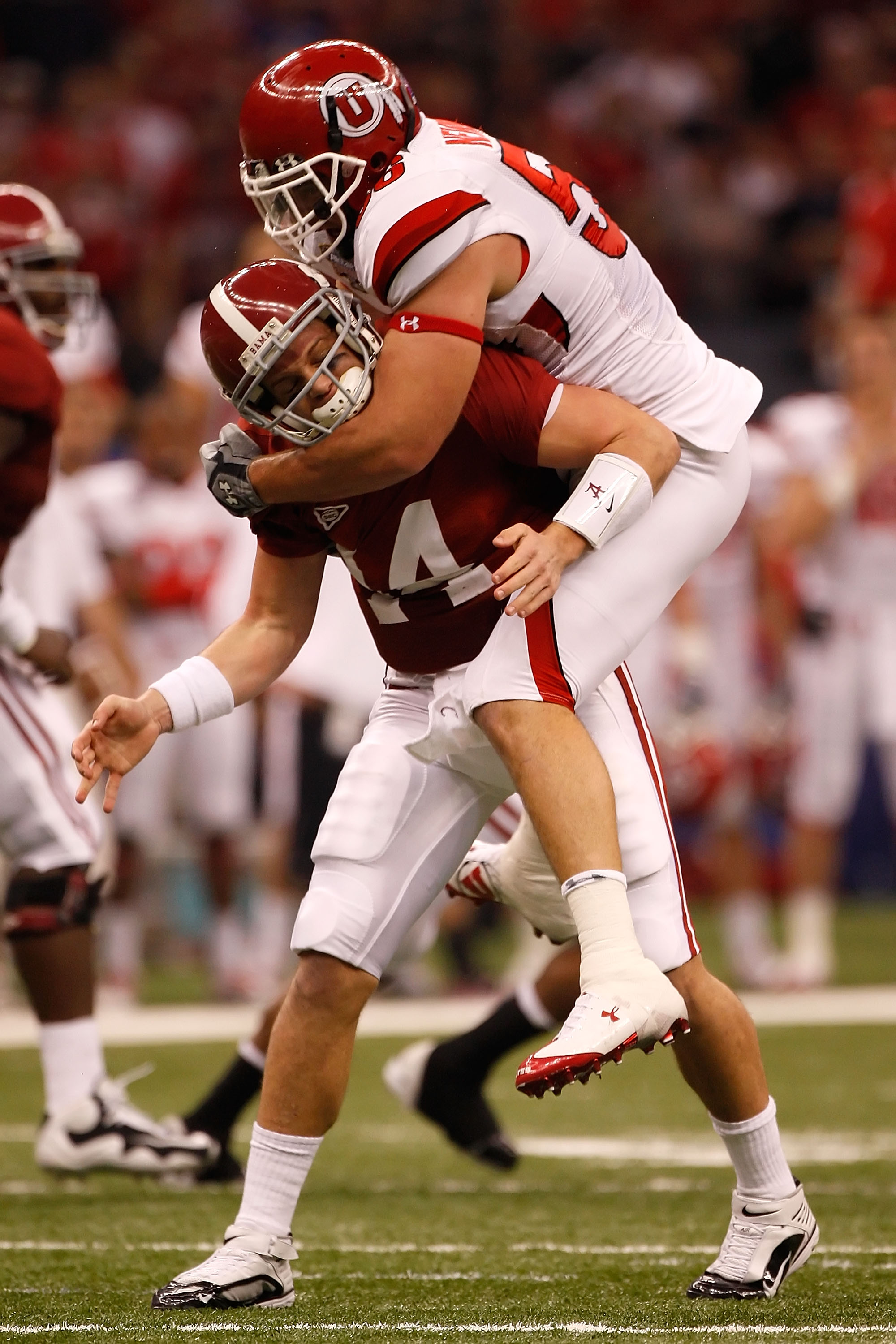 Good fortune smiles upon the circumstances of schedule and chance this Saturday with three contests that could easily be called the game of the week.

Historically, fate has been unkind to favorites playing on the first Saturday after Halloween. The following are examples from each of the past five decades:

No.1: 1962– Undefeated Auburn, talented and powerful, met a Florida team sporting a 3-3 record. The Gators upset  the Auburn Tigers 22-3 on the first Saturday in November.

No.3: 1980– Undefeated Alabama, winner of 28 straight games, met a Mississippi State squad who had been blown out earlier in the year by Southern Mississippi.

On the first Saturday in November, the Maroon Bulldogs knocked off the mighty Crimson Tide, 6-3.

No.4: 1998– Undefeated Ohio State, rolling to an apparent national championship, was shocked 28-24 by coach Nick Saban's 4-4 Michigan State Spartans on the first Saturday in November.

No.5: 2002– Undefeated Virginia Tech played host to a Pittsburgh Panther team who would eventually make its way to the Insight Bowl. On the first Saturday in November, Pitt upset the Hokies, 28-21.

The following three games do not create the "David vs. Goliath" scenario as outlined above however, there would be monumental shock waves sent through the college football world if the favored teams do not come out ahead.

But then, it will be the first Saturday in November.

No.3: Arizona at Stanford 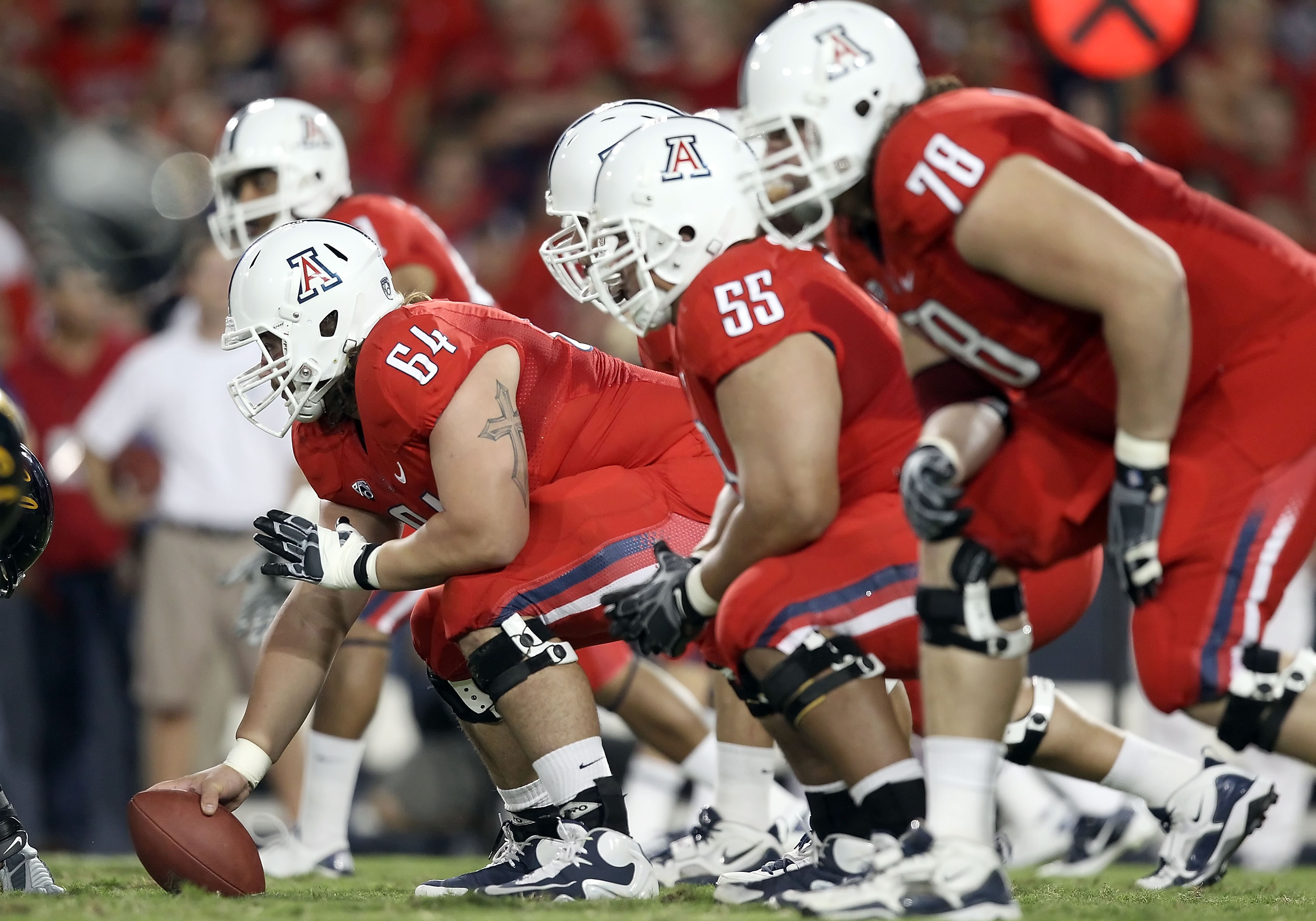 If not for a second half collapse at Oregon, Stanford would likely be No. 1 in the BCS standings.

Outstanding leader Nick Foles is expected to be back at quarterback for the Wildcats.

The Skinny: Both teams are 7-1.  Stanford is favored by 9 to 10 points but does not control its destiny in the PAC 10. Arizona does control their destiny.

The Breakdown: Although Stanford prides itself on being a physical football team under coach Jim Harbaugh, it was Arizona who took down the extremely rugged Iowa Hawkeyes earlier this season.

The Outlook: The game of the week on any other weekend, this contest reveals a situation ripe for another chapter in the book of upsets on the first Saturday in November.

No.2: Alabama at Louisiana State 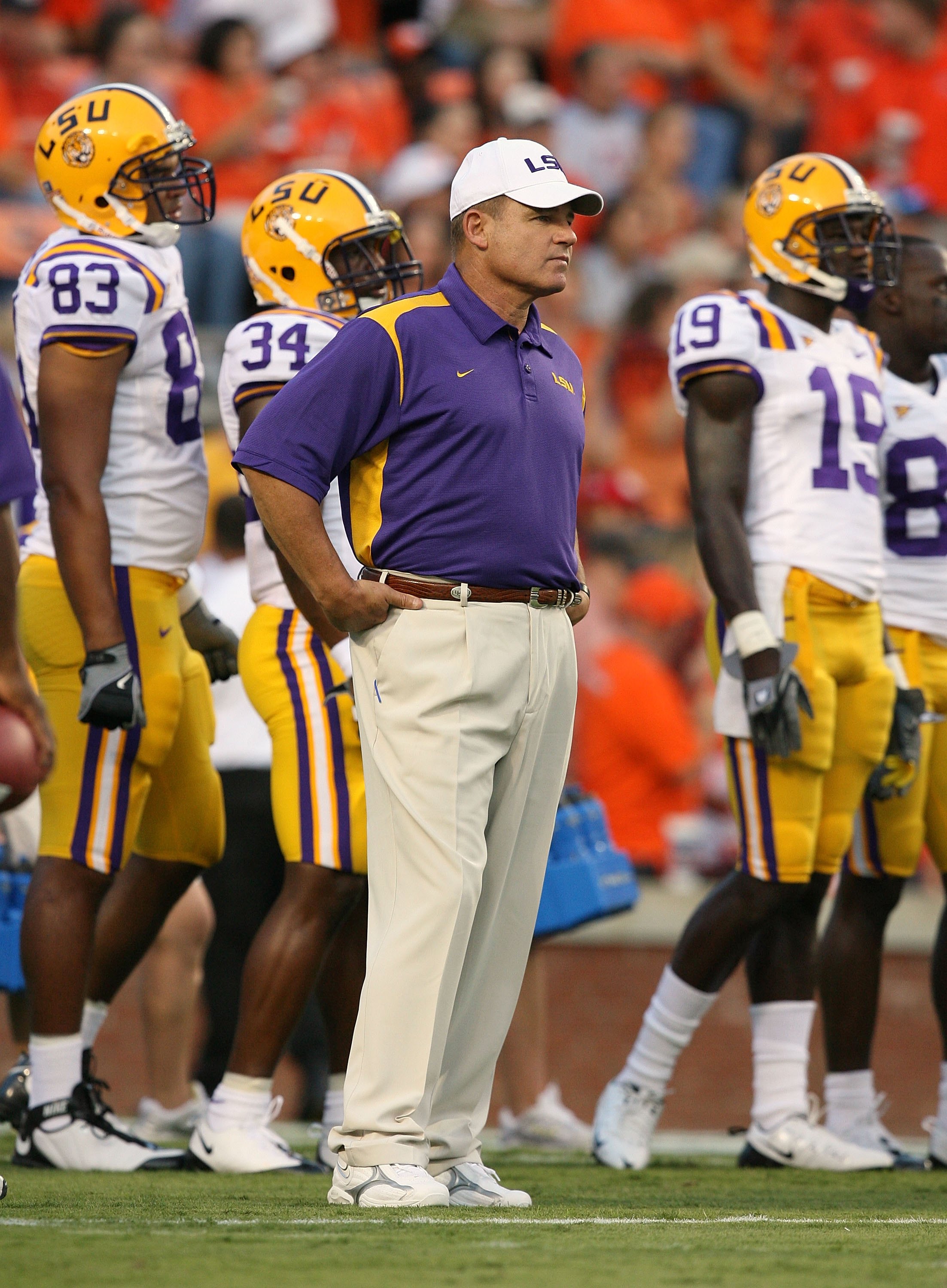 These two 7-1 teams would provide the premier contest of almost any other weekend.

The Senior class of players for LSU and Alabama have both won BCS national championships.

The Skinny: The Tigers are a 6 to 7 point underdog at home.

The Breakdown: Alabama and LSU are each coming off a bye week so there has been plenty of time to install the game plan for Saturday.

The Outlook: A close affair with the punting game playing a large role in helping two excellent defenses keep the score in the 24-20 range. This was the type of situation the LSU of old would thrive upon.

The answer to who wins this game will be determined by whether the Tigers can keep it close until the final moments when the angels usually sit on Les Miles' shoulder.

No.1: Texas Christian at Utah 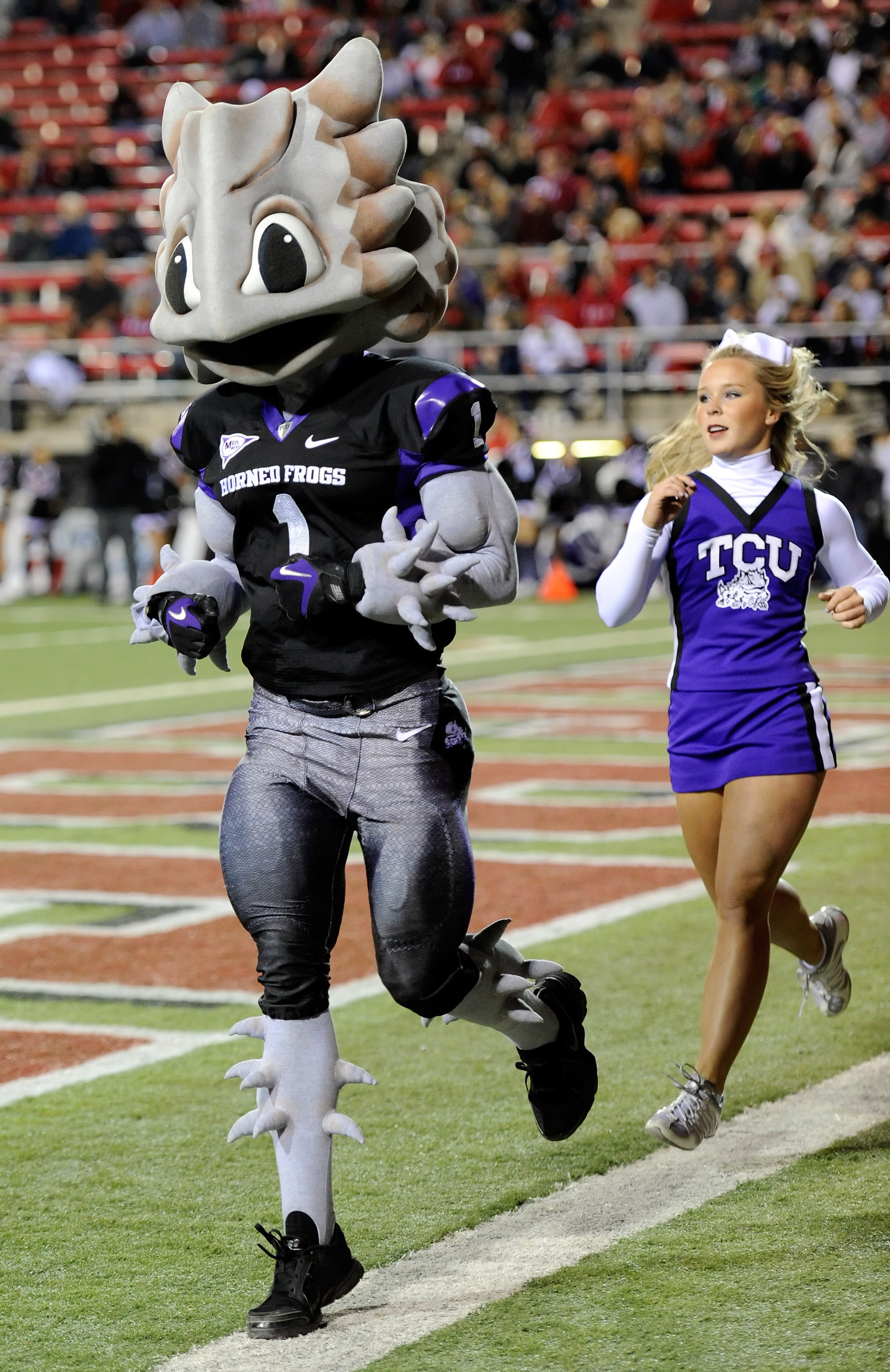 The reasons are simple, these two squads are undefeated and ranked in the Top 5 of the BCS rankings.

The fact the Horned Frogs and Utes are in the Mountain West Conference only adds to the excitement as it is unlikely the loser will be offered a BCS Bowl invitation.

The Skinny: The Horned Frogs are a 4 to 5 point road favorite. An impressive show of strength.

The Breakdown: TCU is considered the best defensive team in the nation, giving up less than nine points a game. Utah is ranked sixth in the nation in defense and third in the country in offense, averaging over 45 points an outing.

The Frogs attack with a featured rushing game while the Utes have a more balanced offense, averaging almost 200 yards on the ground and over 250 yards in the air each week.

The Outlook: The Purple Men from Fort Worth are clearly in a position to move into the BCS Title game with a big win over so powerful a foe as Utah this late in the season.

The weather report calls for 60 degrees and sunny with only a slight wind. Perfect weather for so enormous an encounter.

Whatever the outcome, the end result should be a close game. Utah has not failed to cover the spread as a home underdog in the past five years. 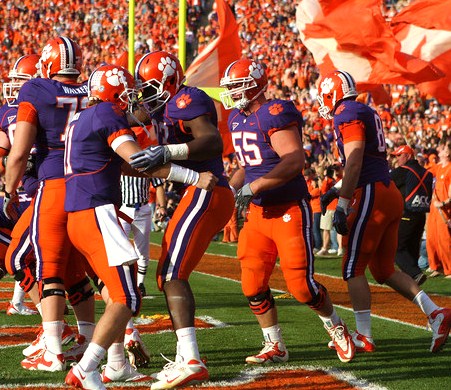 No.3: N.C. State at Clemson– Known as "The Textile Bowl" in days gone by (due to the emphasis on that industry as a major employer of graduates from both schools), the Wolfpack strolls into Death Valley after their big win against Florida State to face the disconsolate 4-4 Tigers.

The perfect opportunity for Clemson to get back on track. Look for a 27-24 type of score.

No.2: Oklahoma at Texas A&M– The Sooners have played only two true road games this season and were dreadful in each contest.

Although a four point underdog, it would not be a surprise to see the Aggies upset Oklahoma.

No.1: Baylor at Oklahoma State– The 7-1 Cowboys appear to have an edge on the 7-2 resurgent Bears but if Baylor can slow down Okie State just enough they could turn this contest into a coaching match up.

That situation would favor Baylor.

If Baylor can't get a handle on that Cowboy offense then Oklahoma State will put up over 40 points and run away in this Big 12 showdown.