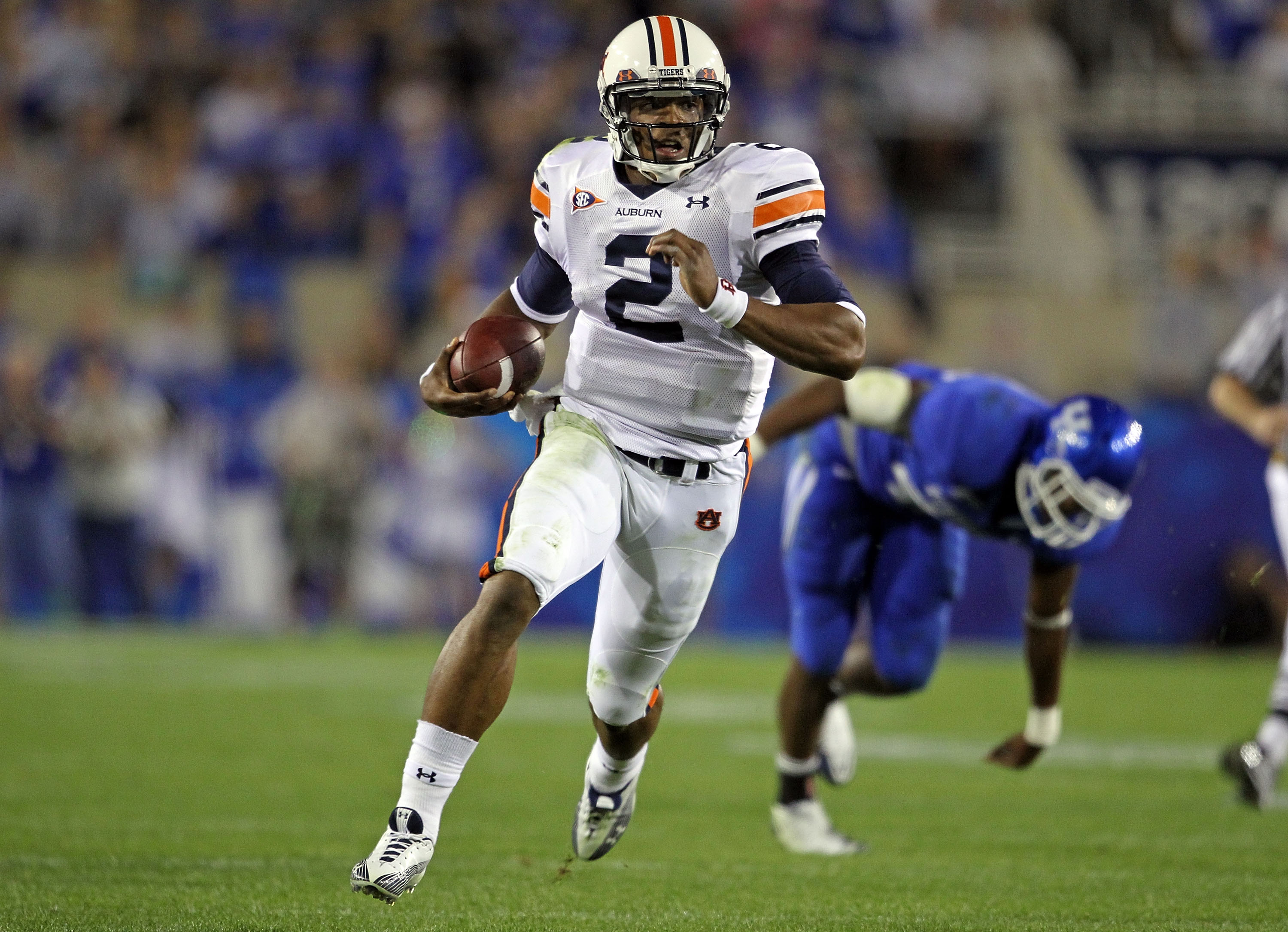 Cam Newton is in the news and it is not because of his talent. Rather it is a story that is breaking that insinuates Newton, or an agent representing him, may have asked for a six-figure payment to sign with Mississippi State.

Former Mississippi State quarterback John Bond told ESPN that after Cam Newton visited the campus on a recruitment trip, he was contacted by someone who claimed to represent Cam Newton. Sources have stated that that representative is Kenny Rogers, a former teammate of Bond's.

Rogers contacted Bond with a proposition that may now prove detrimental to Cam Newton's hopes of securing a Heisman Trophy. Rogers said that Newton would sign with Mississippi State for a six-figure payout. If true, it could prove costly to the Auburn quarterback. Here is how. 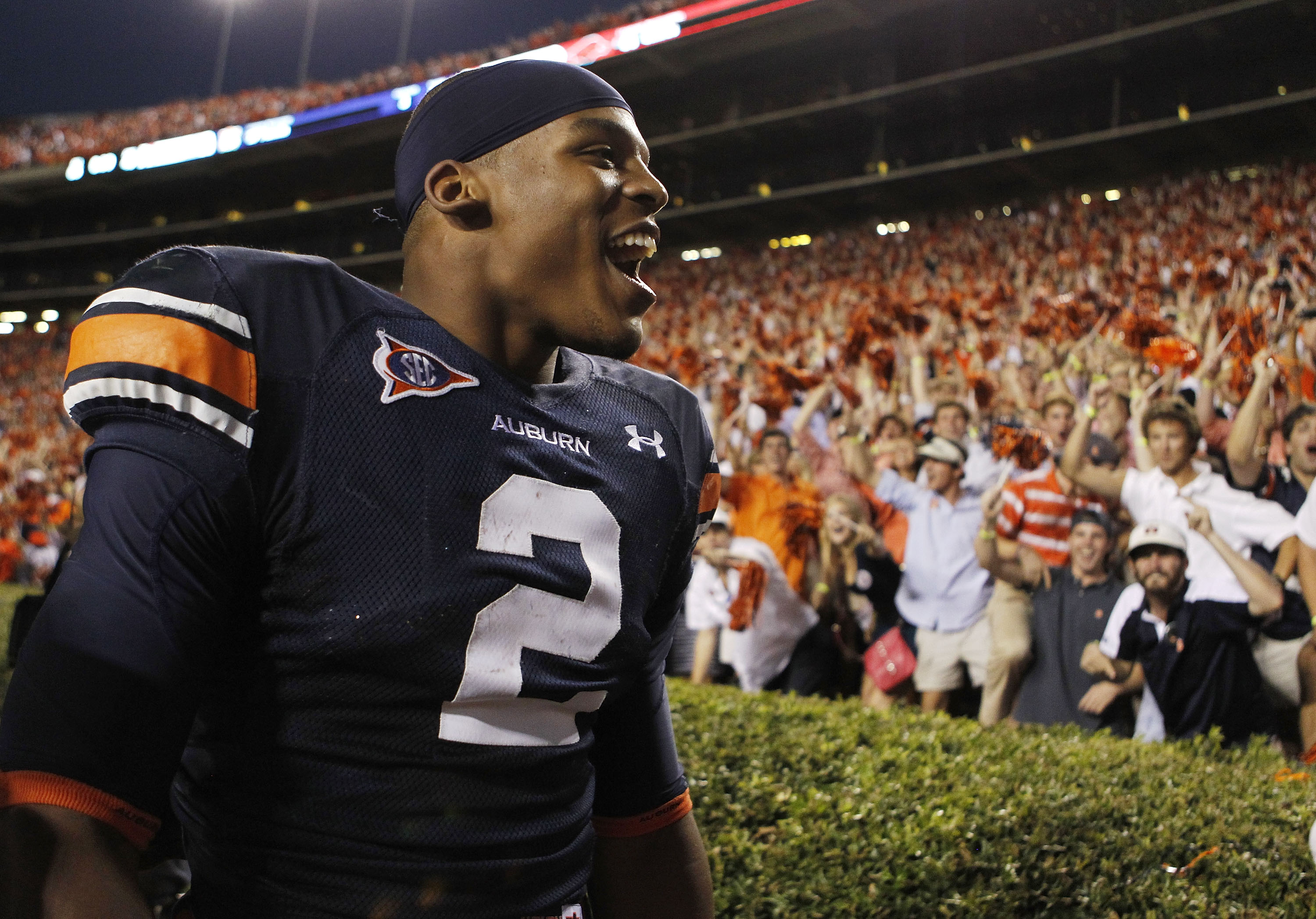 So far in this story we are unaware of the specific relationship Kenny Rogers has to the Newton family. Cam Newton's father, Cecil, has stated that he only met the man a few times.

The NCAA has since asked for bank statements from the family. But what is not readily known in reports is if Rogers was indeed working for the family as some sort of agent. What is known is that Newton was a highly-prized recruit, and Rogers knew this. Whether he was working in the interest of himself or of others is unknown. All we know is that Bond was propositioned. That is enough, it would seem, to drag Newton's name through the mud. 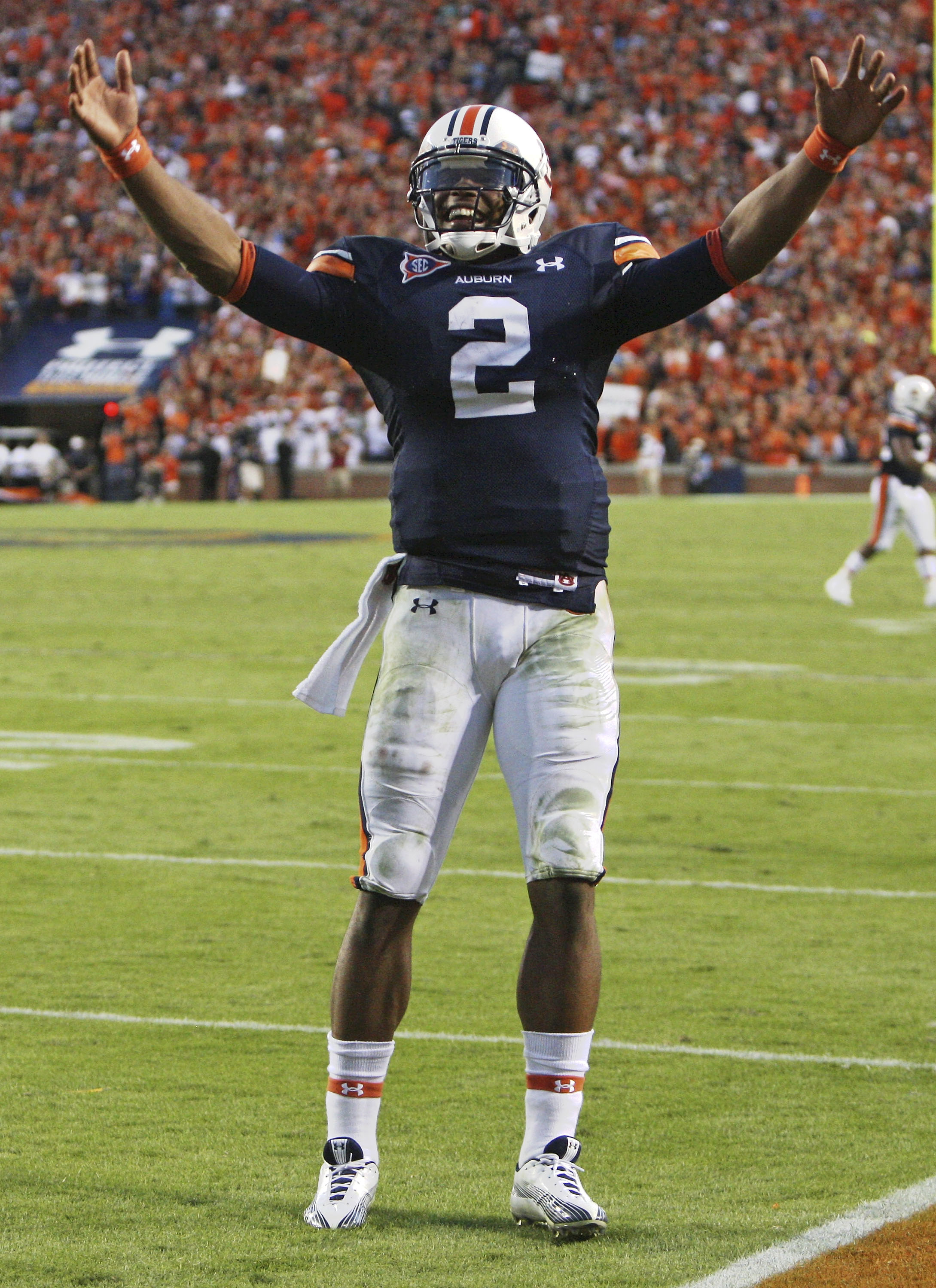 First off, if the allegations are true, assumptions will be made as to the reason Cam Newton chose to pick Auburn as his destination. Rogers was asking somewhere between $180,000 and $200,000 from Mississippi State.

So the next logical question would have to be, what if anything did Auburn agree to pay? Keep in mind, before we continue, that Newton's father, Cecil Newton, has since come out and denied any wrongdoing stating: "If Rogers tried to solicit money from Mississippi State, he did it on his own, without our knowledge." 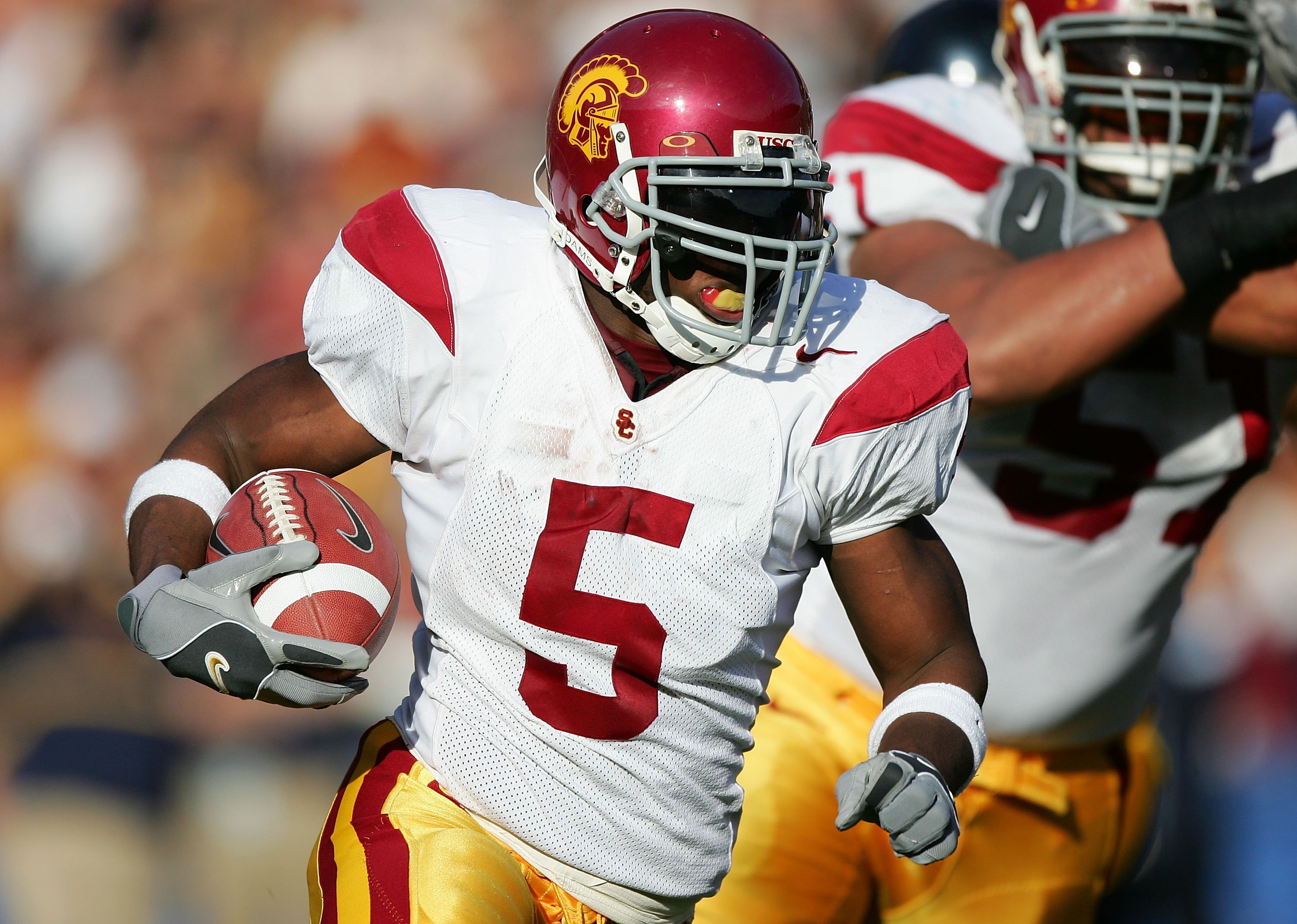 The worst part of this for Newton is that it comes on the heels of the Reggie Bush controversy. Bush was caught accepting gifts from agents while he was attending USC. The NCAA had a lengthy investigation and has since stripped Bush of his Heisman.

I am sure that the NCAA and Heisman voters would not like a repeat of this incident. They may err on the side of caution and vote against Cam Newton going forward. 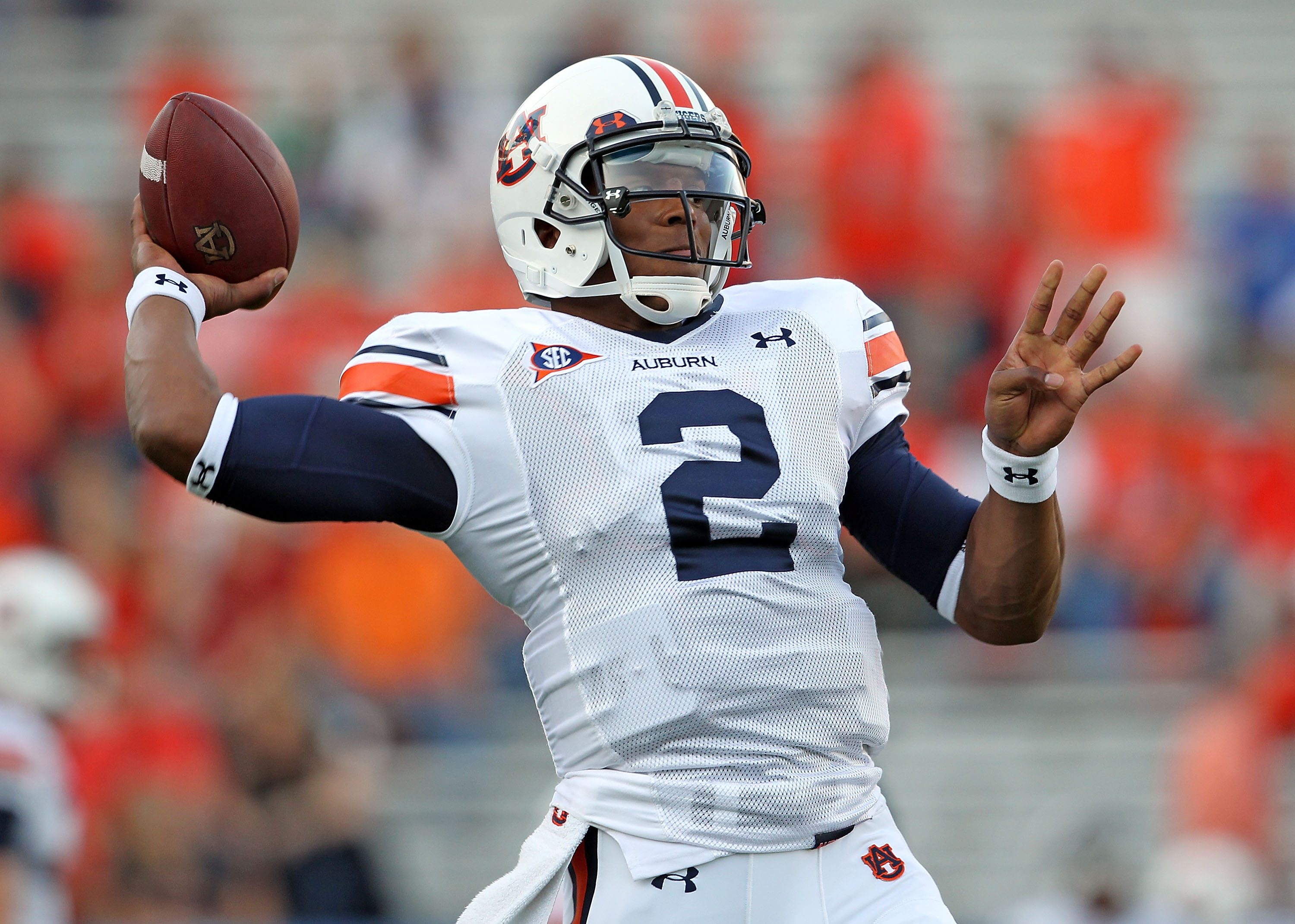 Heisman voters have a tough task. They have to dissect the best players in the nation with the finest of scrutiny. Each week they are measuring the best and the brightest. It is tough to argue for one performance trumping another.

So when a story like this comes to light, it is very easy to include it in a grading protocol. Now Newton may run for 200 yards and pass for 100, but he will have to do so with the knowledge that he is being judged on character as well. While it is unfair for voters to include this so early on in the story, it is simply human nature at work. 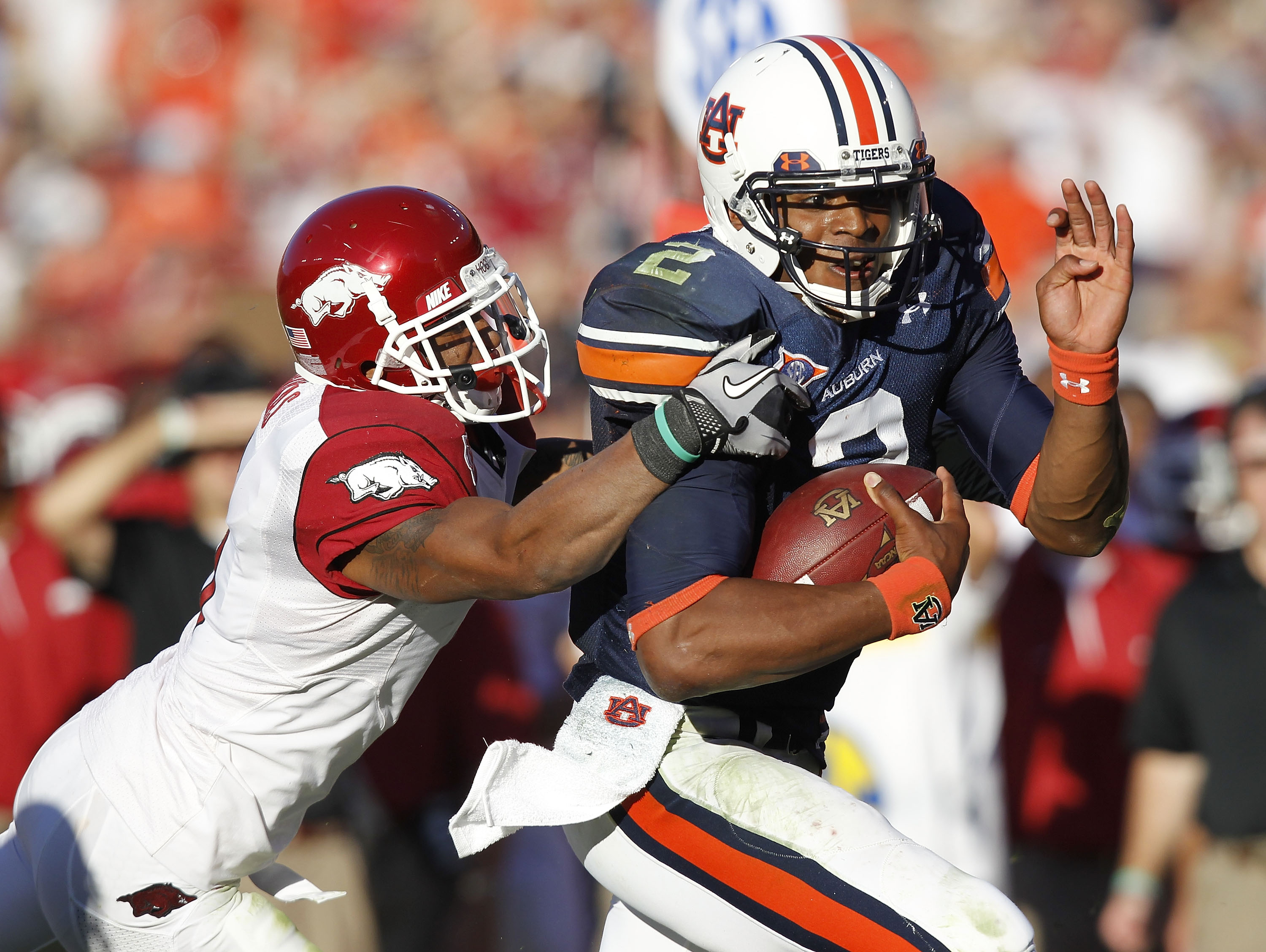 The NCAA is tired. "Friends" of programs that mill about and convince players to accept gifts are ubiquitous. It is hard to police such transgressions as actual agents hire former students to do the dirty work for them.

With that in mind, the NCAA may want to send a message. Even though it would be unprecedented, I could see a brief suspension being imposed if this story shows to have any credence. Even a brief interruption to Cam Newton's season would be disastrous. 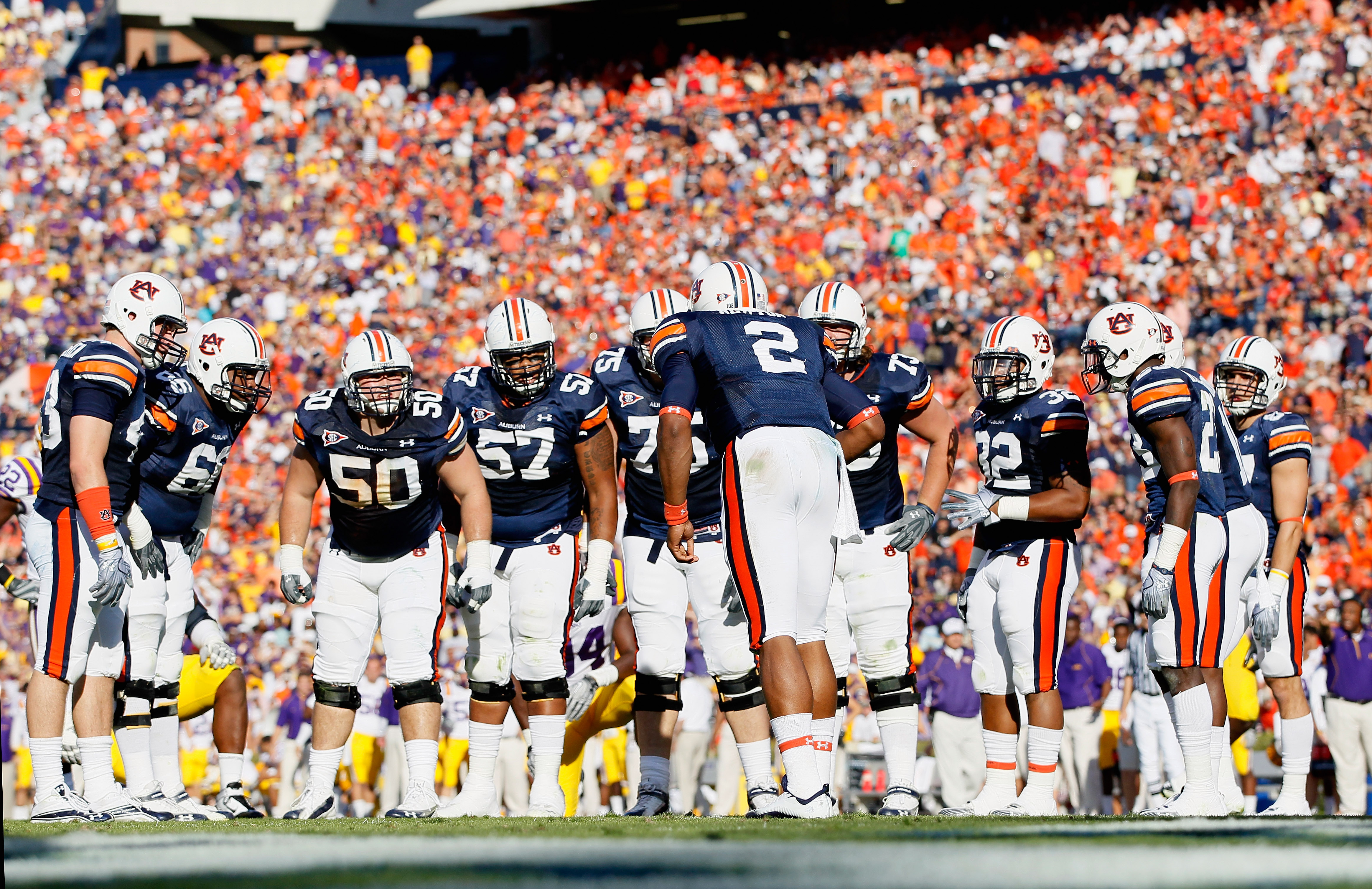 This brings me to Newton's eligibility. So far the NCAA has come out and said that Newton will be allowed to continue playing. But the fact that the issue is out there is of some concern.

As Newton's eligibility comes into question, so does the faith in voters' minds. If Auburn thinks that he may be deemed ineligible at any point in the next few weeks, they will cut back Newton's minutes. Auburn is also in a national title race. You can be assured that they will not be caught surprised with no quarterback at the ready. 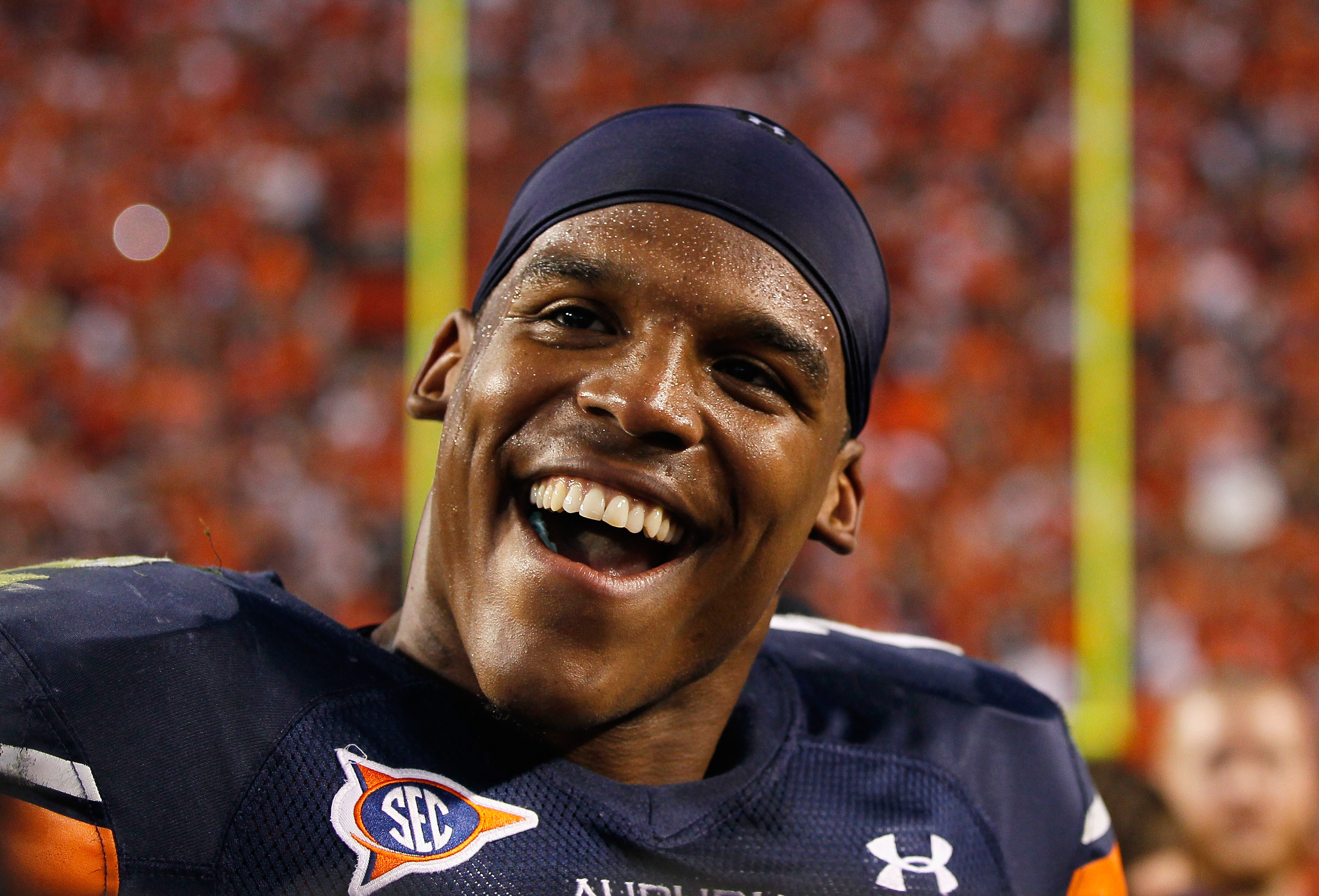 You also have to ask yourself what this story does to the chemistry in the locker room. Teammates are close, but a potential scandal can do one of two things. It will either bring the team closer in the face of adversity or tear it apart.

It is obvious that the NCAA has strict restrictions on money earned and gifts given to athletes. So if Newton did take any money, jealousy may breed in his teammates. Those scraping by will question why they must suffer while their leader swims in cash. 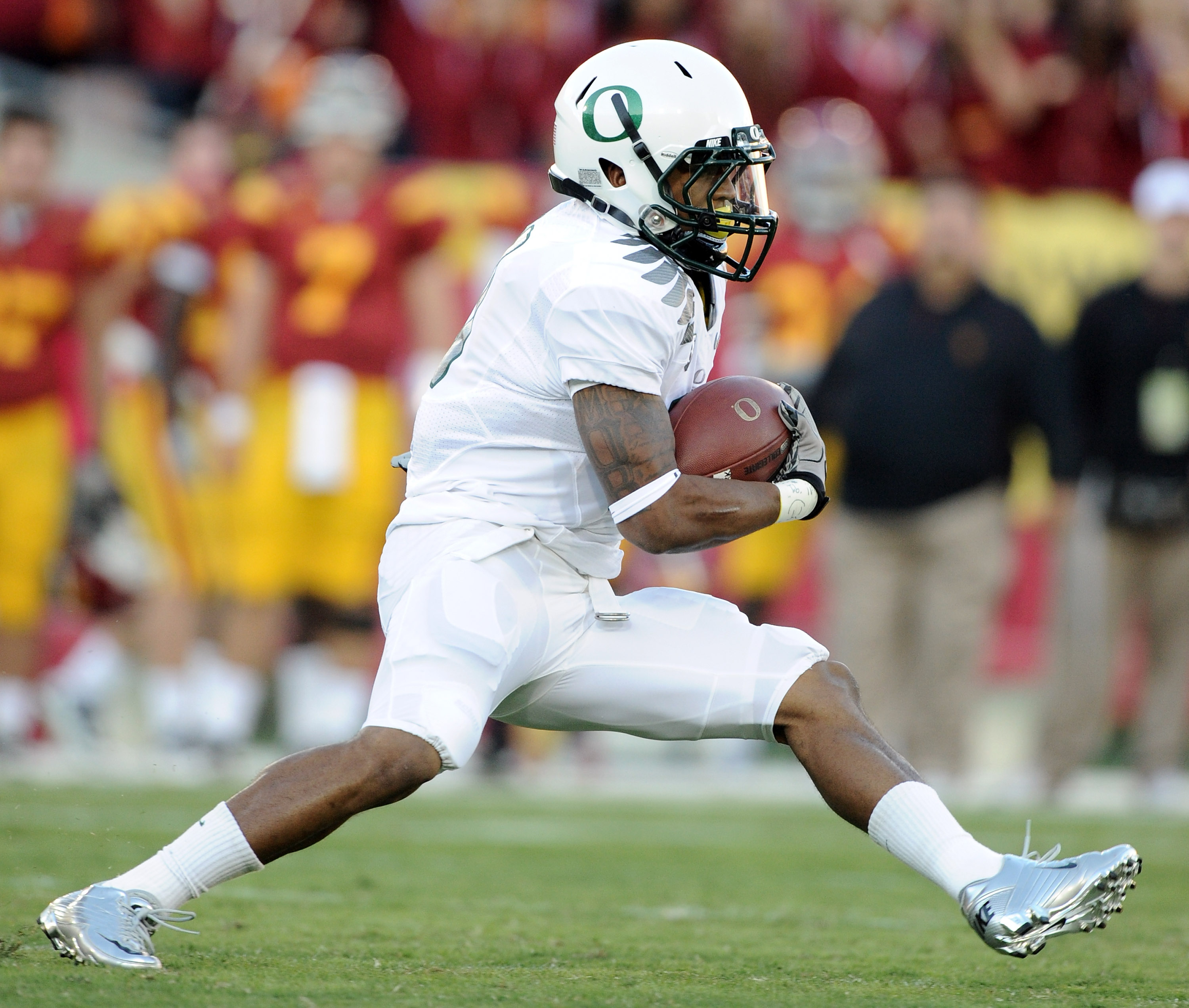 How else could Newton lose his big lead in the Heisman race? It is simple if there are much better candidates who do not carry any stigma around with them. Take, for example, LaMichael James, who has carried the ball and the Ducks to a No. 1 spot.

The good thing for voters is that they have so much great talent to choose from. They can still vote any one of them in and still feel good about themselves in the morning. 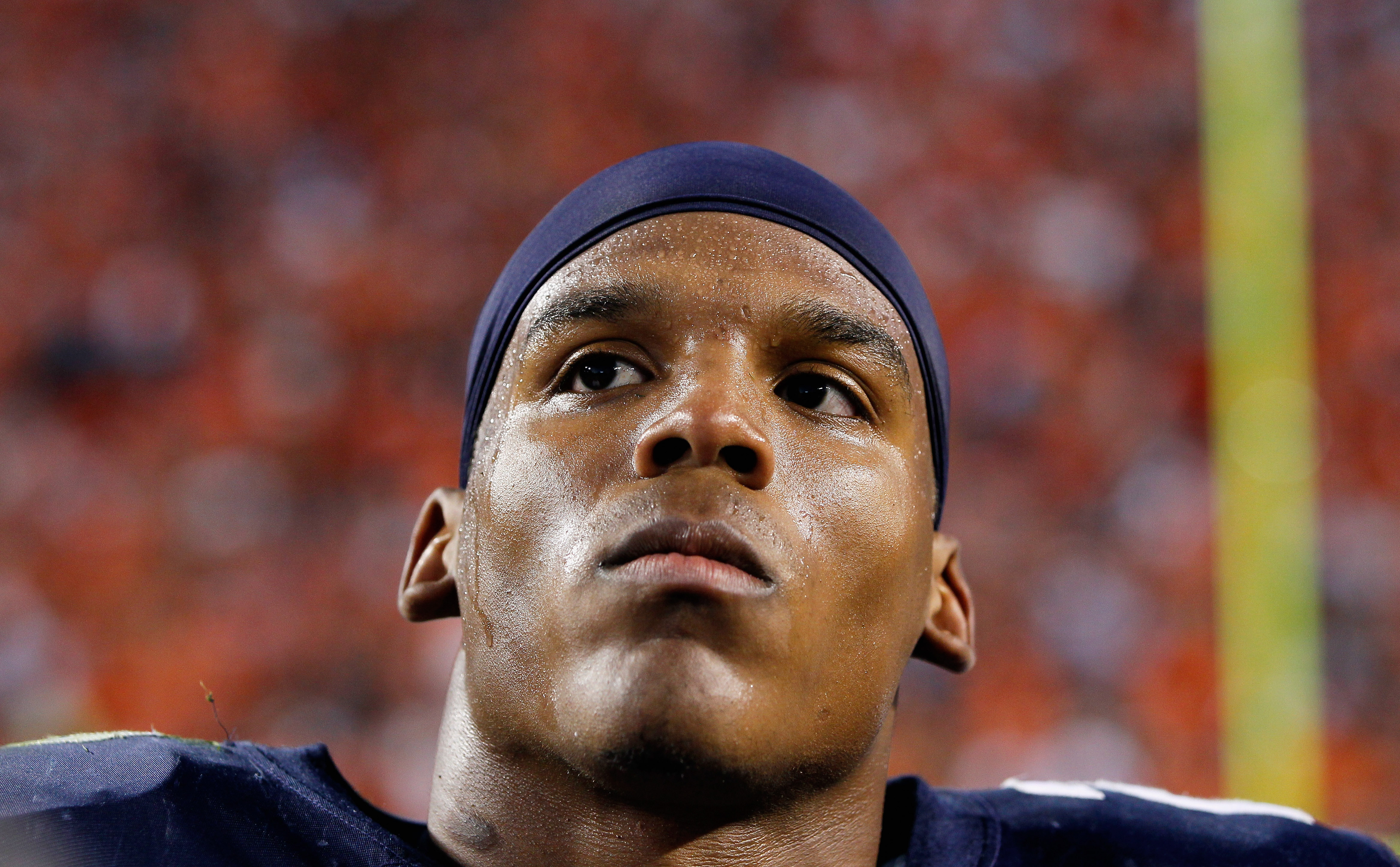 Unfortunately for Cam Newton, the Heisman voters are not computers. They are flesh-and-blood humans that carry with them flaws. One flaw that will prove detrimental to Newton is that of perception.

Too often perception outweighs fact in our minds. As the voters punch their ballots, they will start to imagine what could have happened in Mississippi. Perception leads to assumption, which leads to a scarlet letter being stitched to your chest. This could be the biggest hurdle that Newton will have to jump in his life. 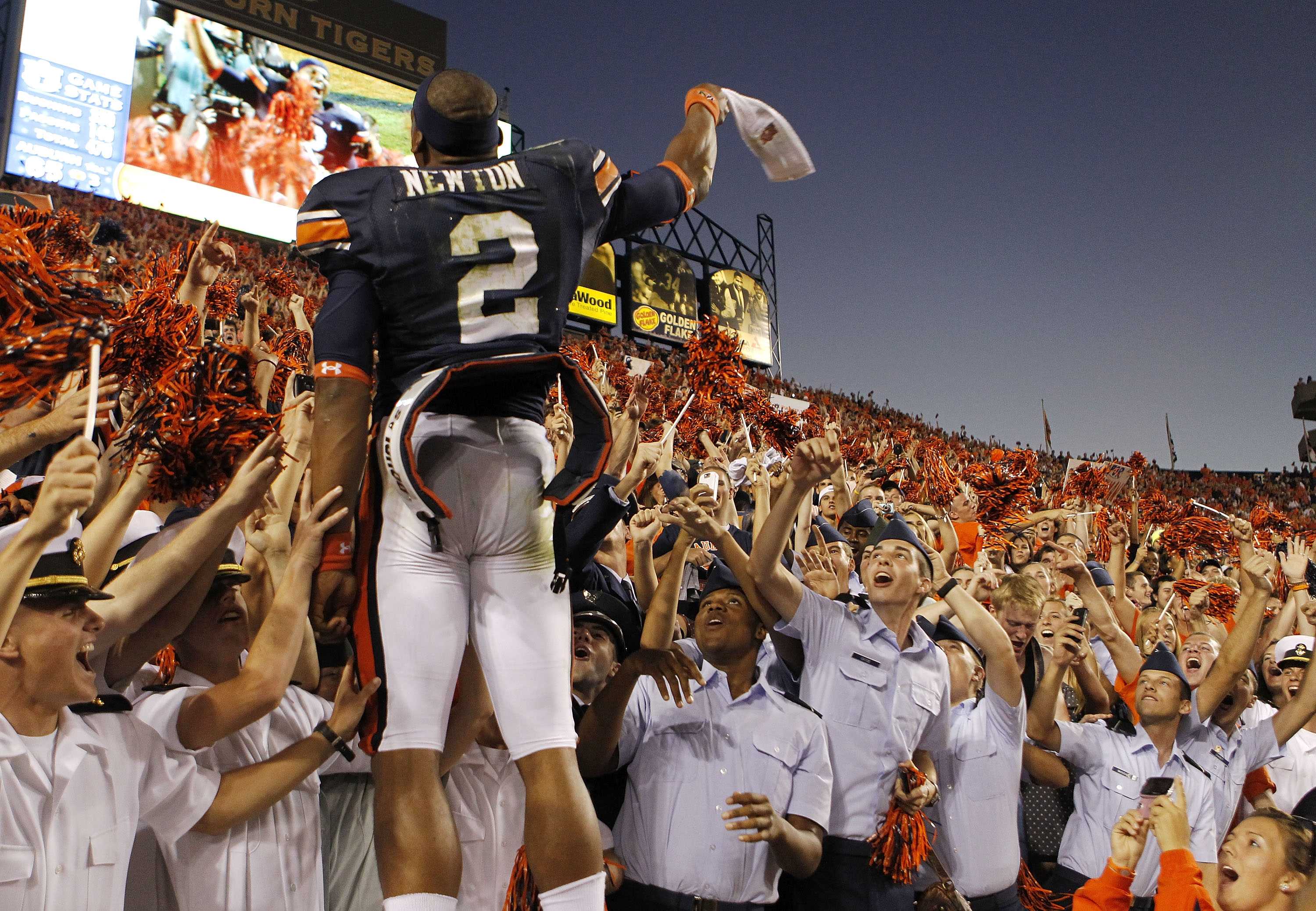 This will be the biggest indicator of whether Cam Newton is vilified of not. If the truth comes out that he did indeed ask for money from his potential programs, it will not only end this tremendous season but it could also wreck his career.

The Heisman Trophy would be a distant memory, and then he would then have trouble convincing an NFL team that he is not a chemistry risk. The truth is the biggest ally we have in this story and the NCAA has a knack for finding it at some point.