Kobe Bryant: Why This Will Be His Last Year As a Superstar 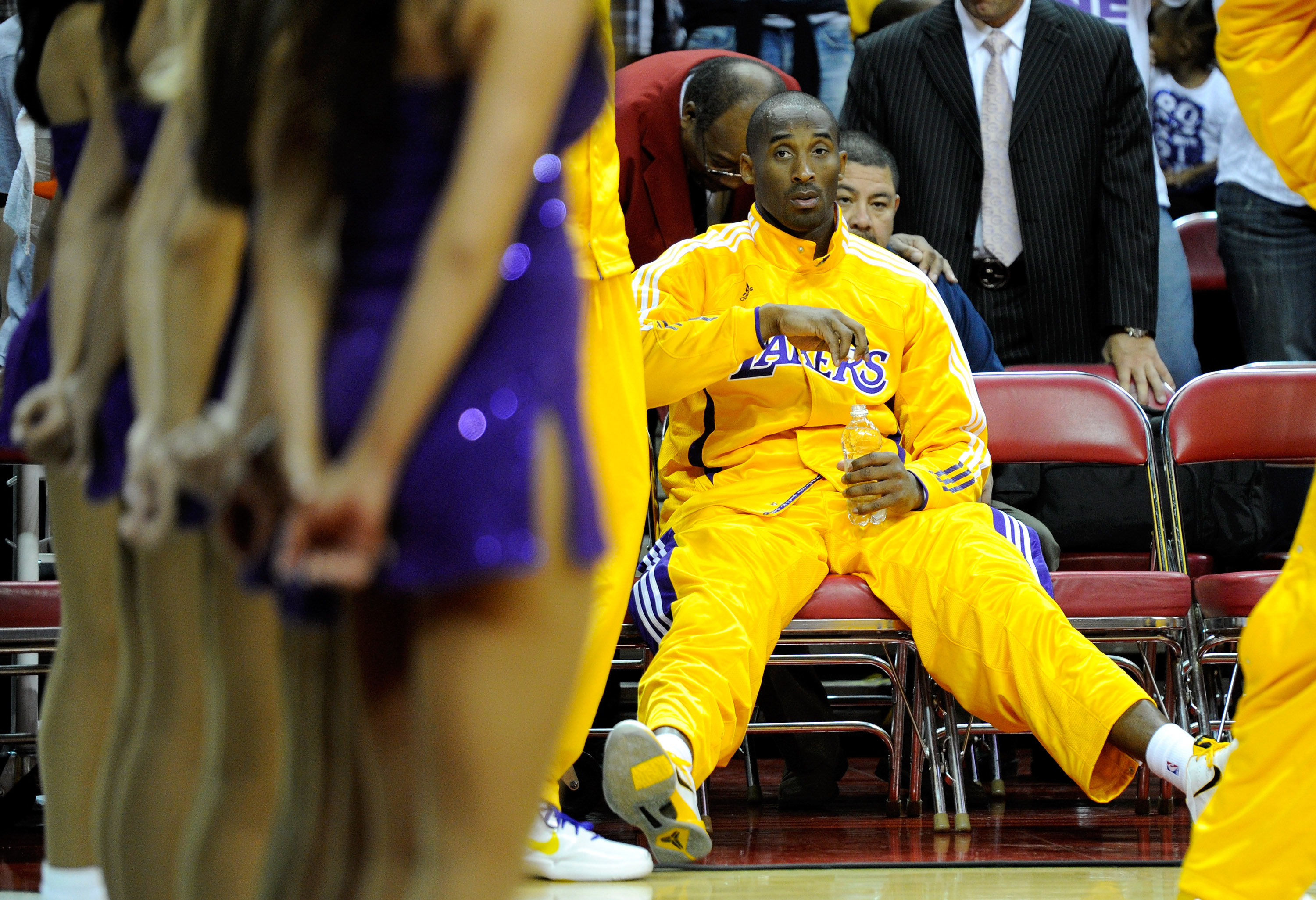 Kobe Bryant's 2010 NBA campaign is only four games old, but the Los Angeles Lakers superstar looks to be on his way to submitting yet another stellar season. He's averaging 23.8 points, 6.3 rebounds and 3.3 assists through four games, and the Lakers are 4-0.

Bryant is one of the NBA's biggest and brightest stars, and has been for years now. He's still one of the top three players in the NBA right now, and has put himself into the discussion of the greatest players of all time.

But will that run of superstar status come to an end sooner rather than later? Here are 10 reasons why the 2010-2011 NBA season could be Kobe's final superstar turn.

10. His Image Reinvention Is Complete 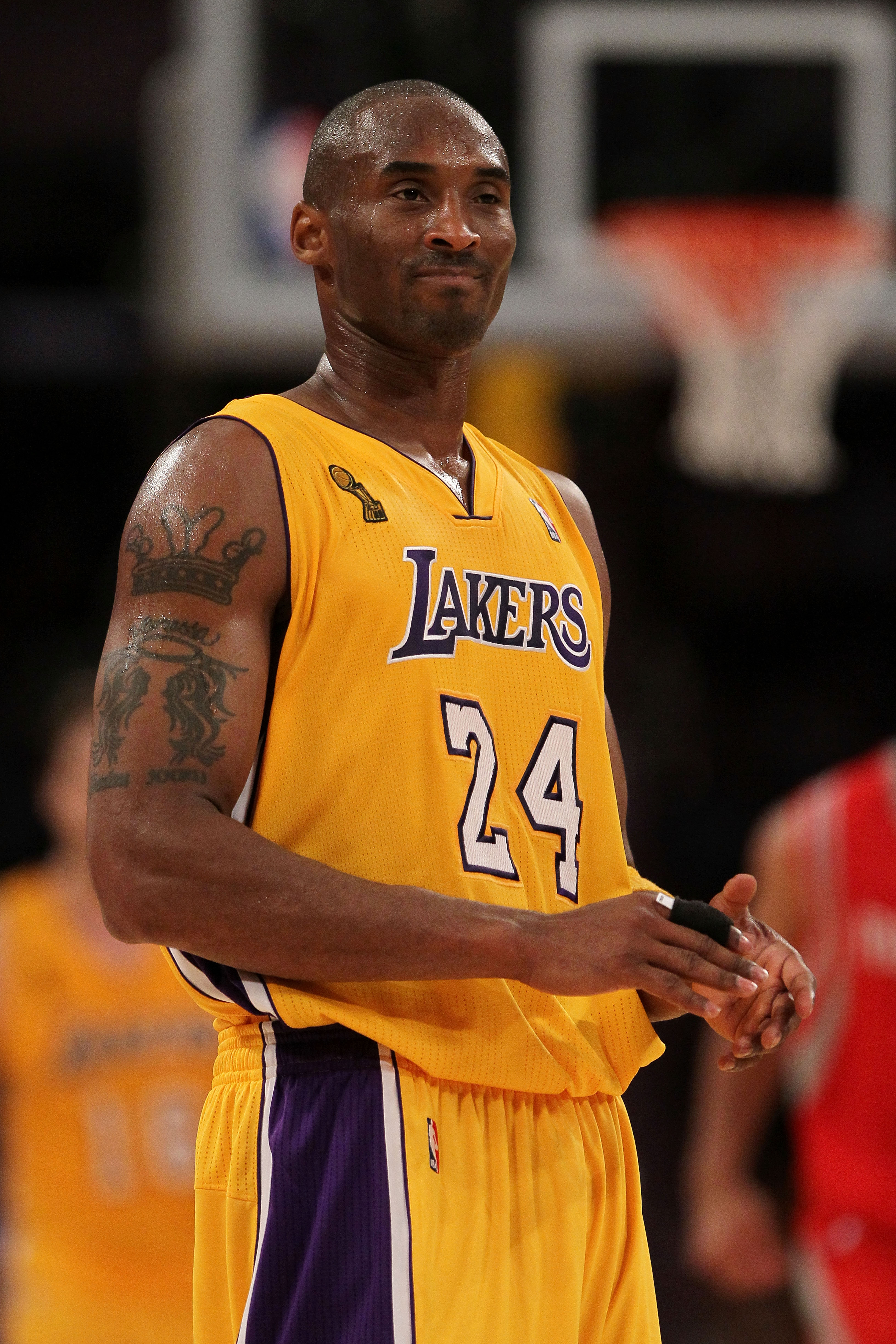 Remember way back in 2004-2005 when Kobe was seen as a petulant superstar who controlled and manipulated the way his team operated, was in trouble with the law and had trade rumors shooting around the NBA like wildfire?

Those days are long gone. Kobe has successfully re-invented himself as a team player, a leader and a marketing juggernaut. He has regained and surpassed the level of fame and success he'd had before everything went downhill.

That petulant phase is a thing of the past; Mamba's now seen as one of the better teammates in the NBA. With his legacy saved, Kobe can ride off into the sunset knowing history will look back on him favorably. 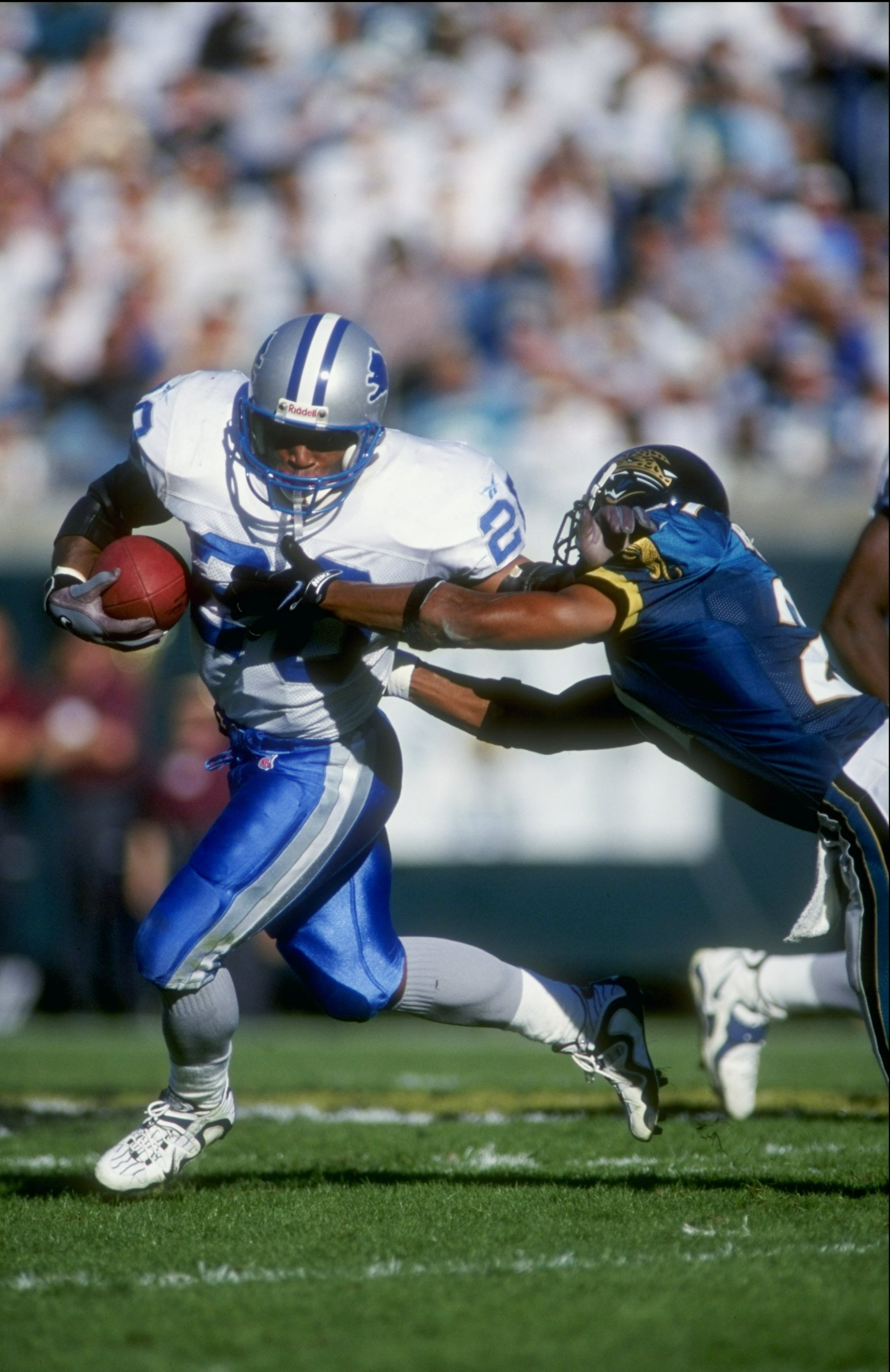 You remember Barry, don't you? He was the superstar running back for the Detroit Lions who shockingly retired just weeks before the start of training camp in 1999 despite setting the NFL single-season rushing record in 1997.

Sanders recognized that if his skills hadn't begun to atrophy yet, they would soon. So rather than clinging to the game, hoping not to lose that step, he left on his terms.

Kobe's not stupid. He knows that day could be coming soon, and he won't know when it'll happen. So perhaps he'll follow Barry into the sunset and leave on top as one of the best players in the NBA. 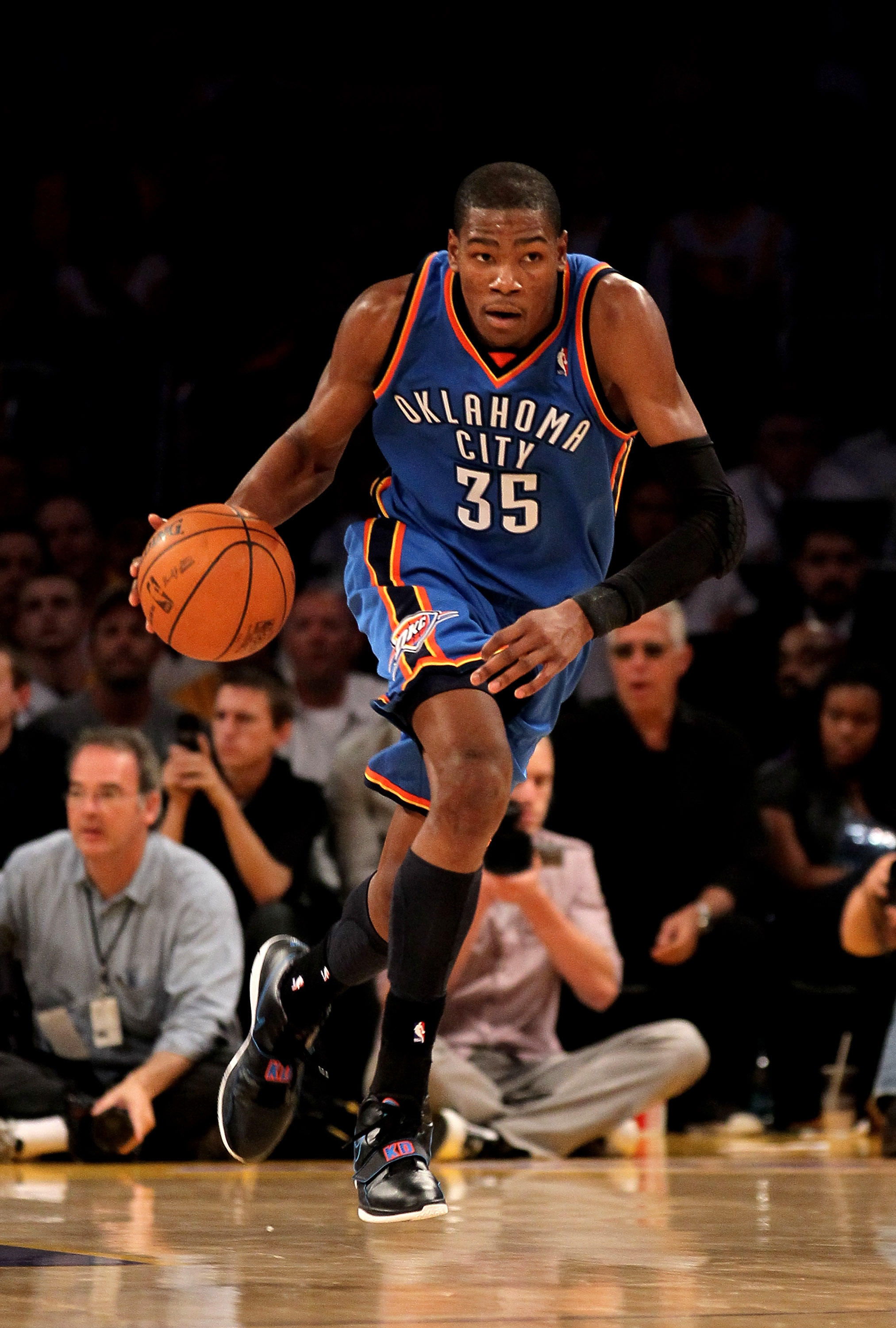 Durant is easily the fastest rising star in the NBA right now. He's the best player on an exciting young Oklahoma City team, and there's already talk that he's the most talented player in the NBA.

Kobe is still the bigger star in the NBA, but for how much longer? Durant is doing things no other player can do, and Kobe knows that day is getting closer and closer. It probably won't happen this season, but next year, who knows? The best way to keep Durant from stealing Kobe's star status is for Kobe to retire before he gets the chance to take it. 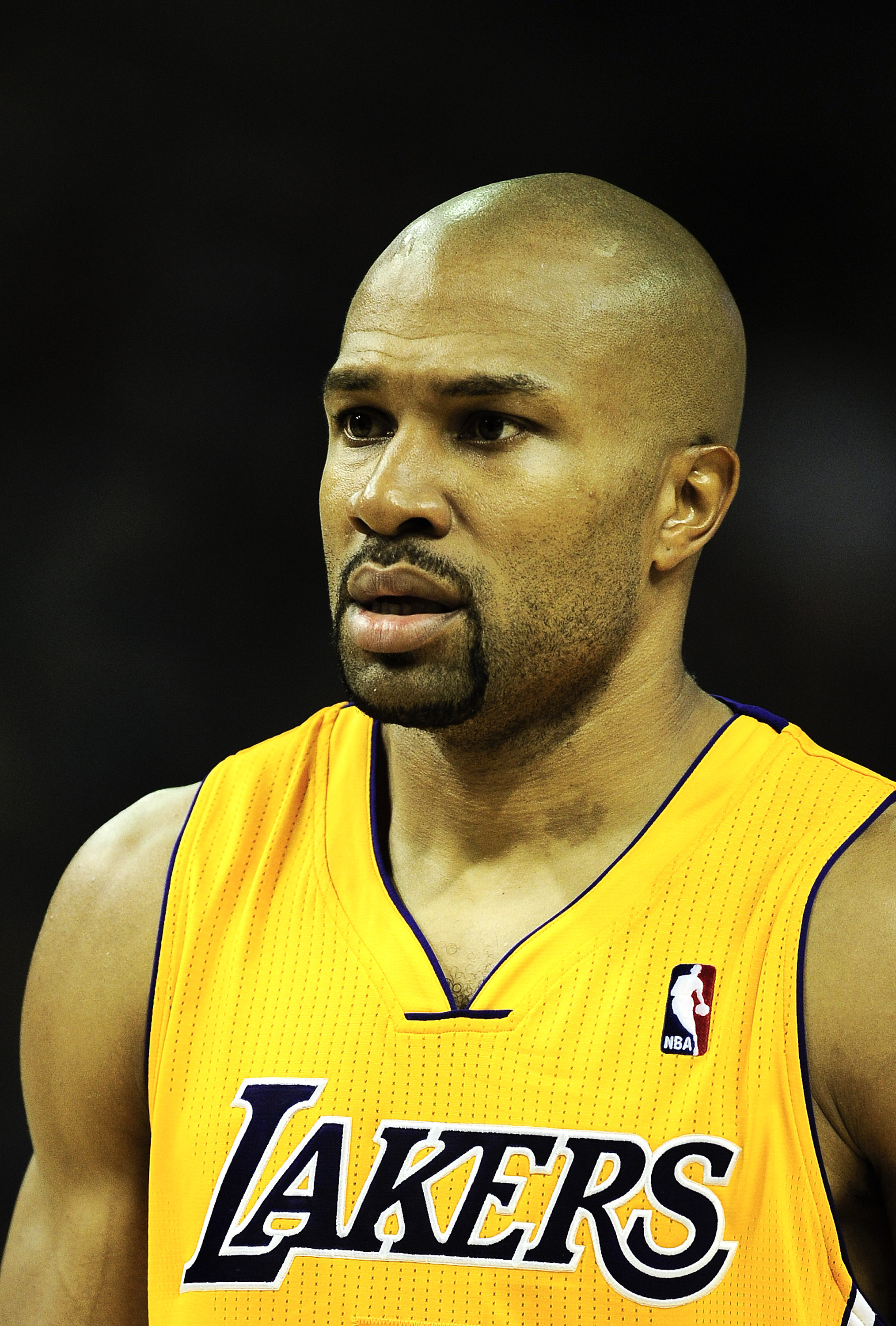 Fisher is the Lakers' point guard, and is the oil which keeps L.A's team functioning. He does all the little things, he's a decent distributor and he knows the triangle offense as well as anyone in basketball.

He's also 36 years old. He's in his 14th NBA season, and the tires are getting a little bare. He's contemplated retirement before, only to get sucked back into the NBA. Maybe after this season he finally calls it quits.

If Fisher retires, the Lakers have no one on the roster to run the point, and Bryant knows this. He doesn't have much prime left, and I'd guess he doesn't want to spend any of it helping a new point guard learn the ropes. Rather than face that reality, Bryant could simply opt for retirement.

6. He'll Never Be a Second Banana 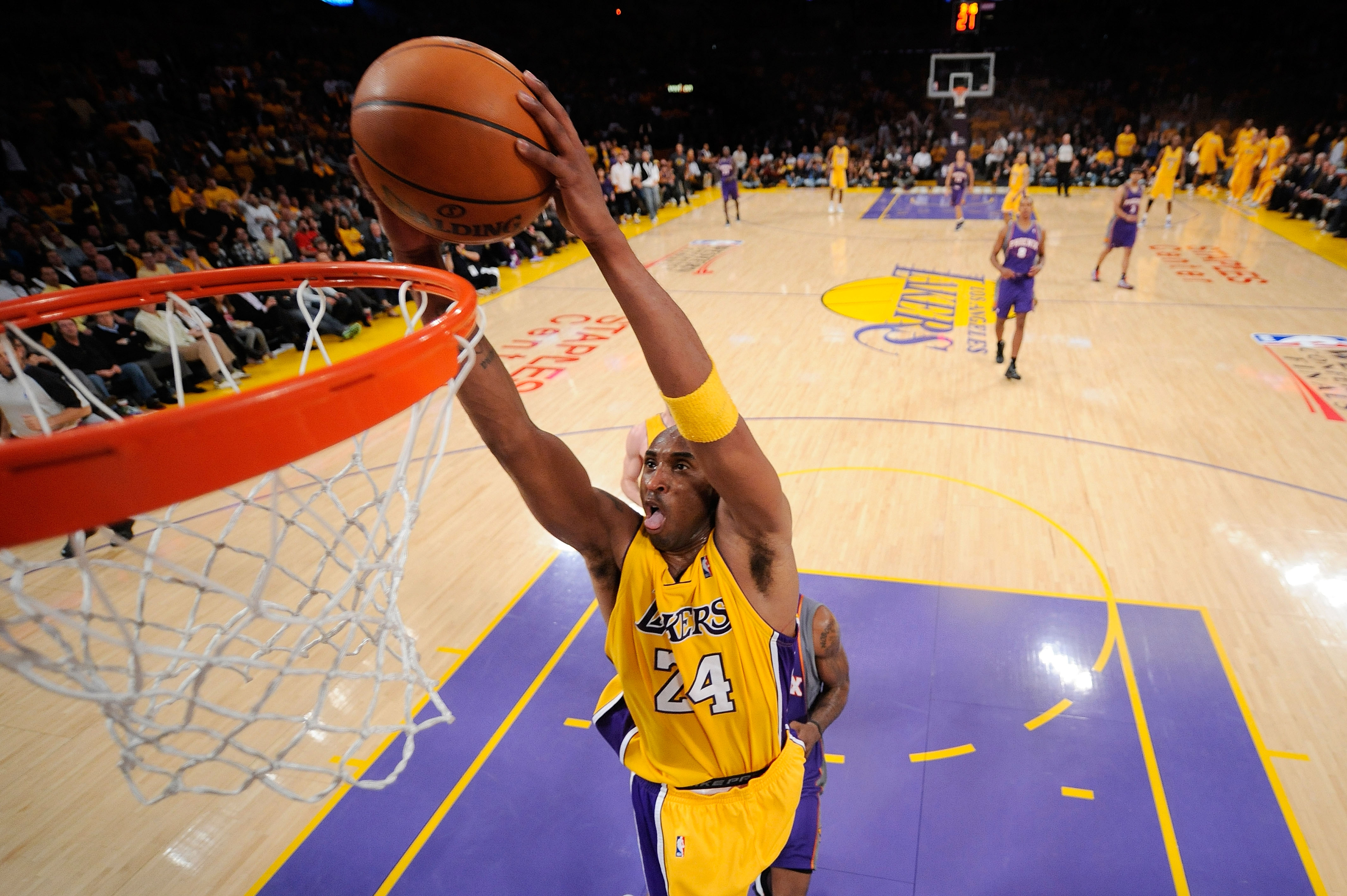 Kobe has shown and said on numerous occasions that he wouldn't be content as the second option on any team. He's an alpha dog with the personality to match.

When his skills start waning, what does Kobe do? He can't be a role player, he can't cede any of his leadership to players who might be his superior and he'll insist on being the first scoring option, even if he's not the best. If that should change, Kobe will leave. He'd rather stop playing than play second fiddle. 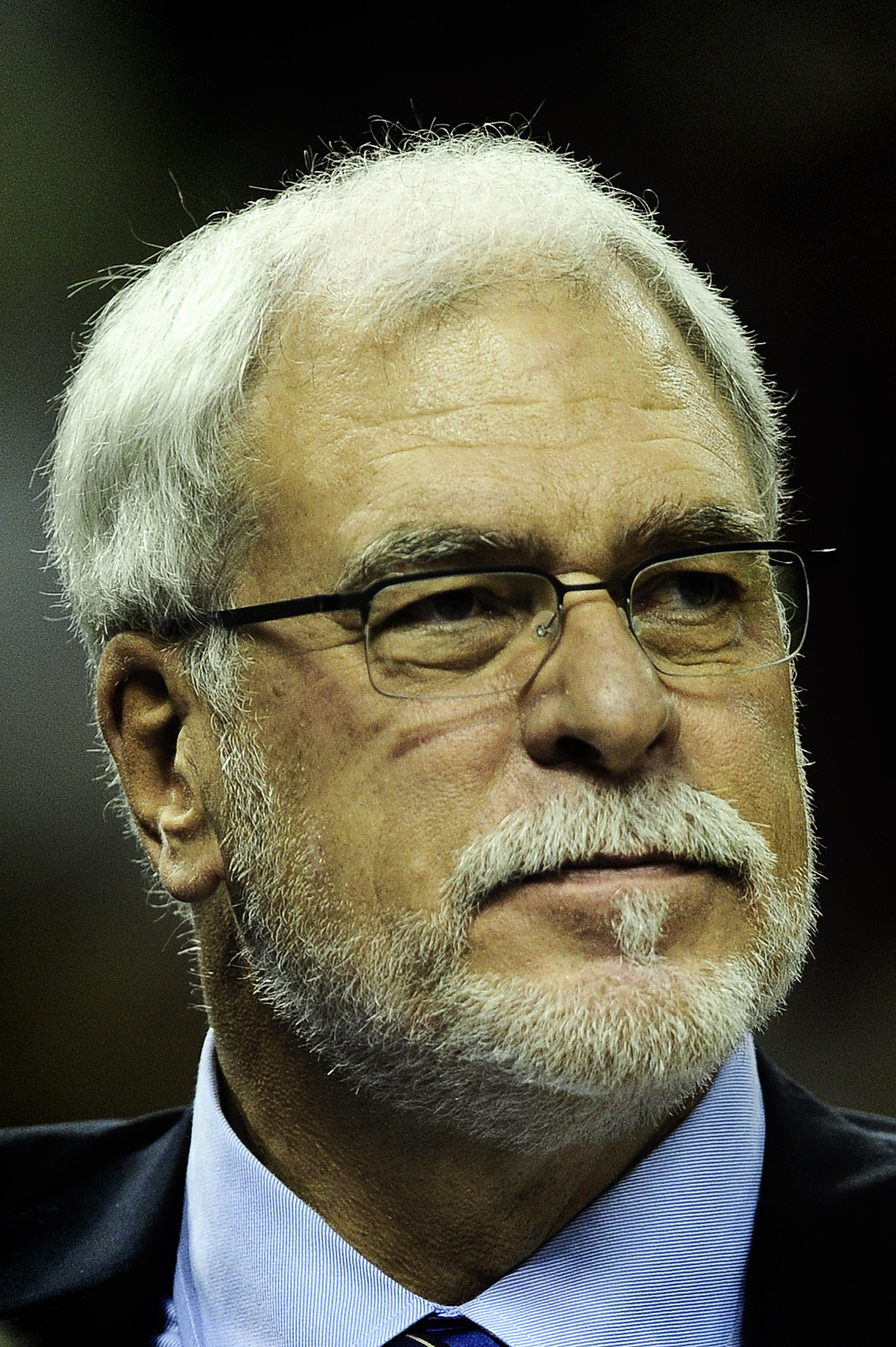 With every passing year, Phil Jackson inches closer to finally calling it quits. He nearly did after the Lakers' 2008-2009 title, and almost did it again last year. He's still a fantastic coach but he knows he's nearing the end of his career.

Kobe loves Phil. He respects him, trusts him and most importantly, listens to him. Good luck finding another coach Mamba won't mouth off to, ignore or undermine. If Phil leaves, Kobe could go with him. 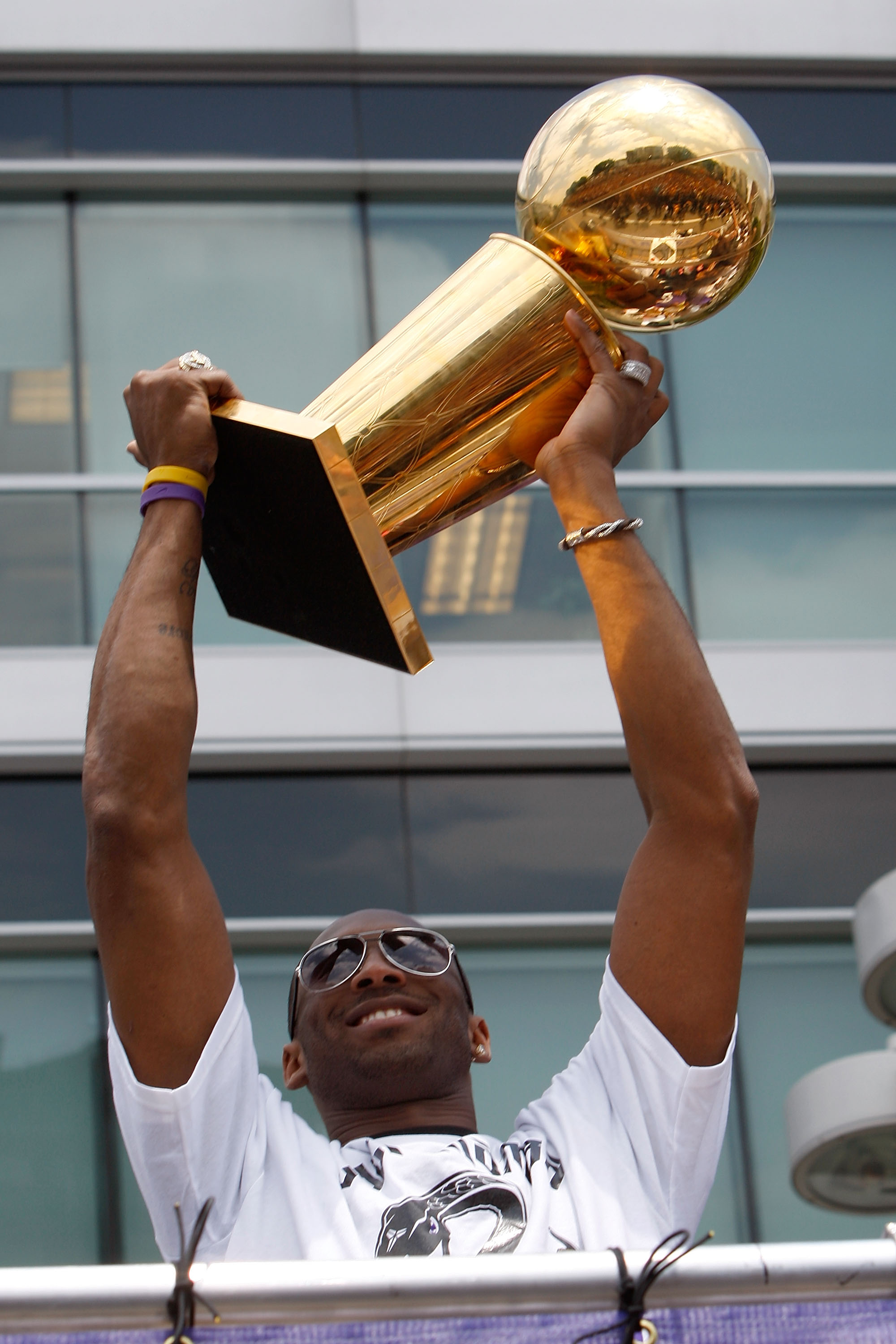 Right now, Kobe's got five NBA titles under his belt. Jordan retired with six. If you think that number means nothing to Kobe, you haven't been paying attention.

Kobe wants to get to Jordan's level. He wants that sixth ring more than anything else. If the Lakers get it, Kobe could call it quits right there, much like Jordan did. He doesn't necessarily have to beat Jordan's total, but he has to match it. If he does (and he ought to this season), then Mamba could ride off into the sunset. 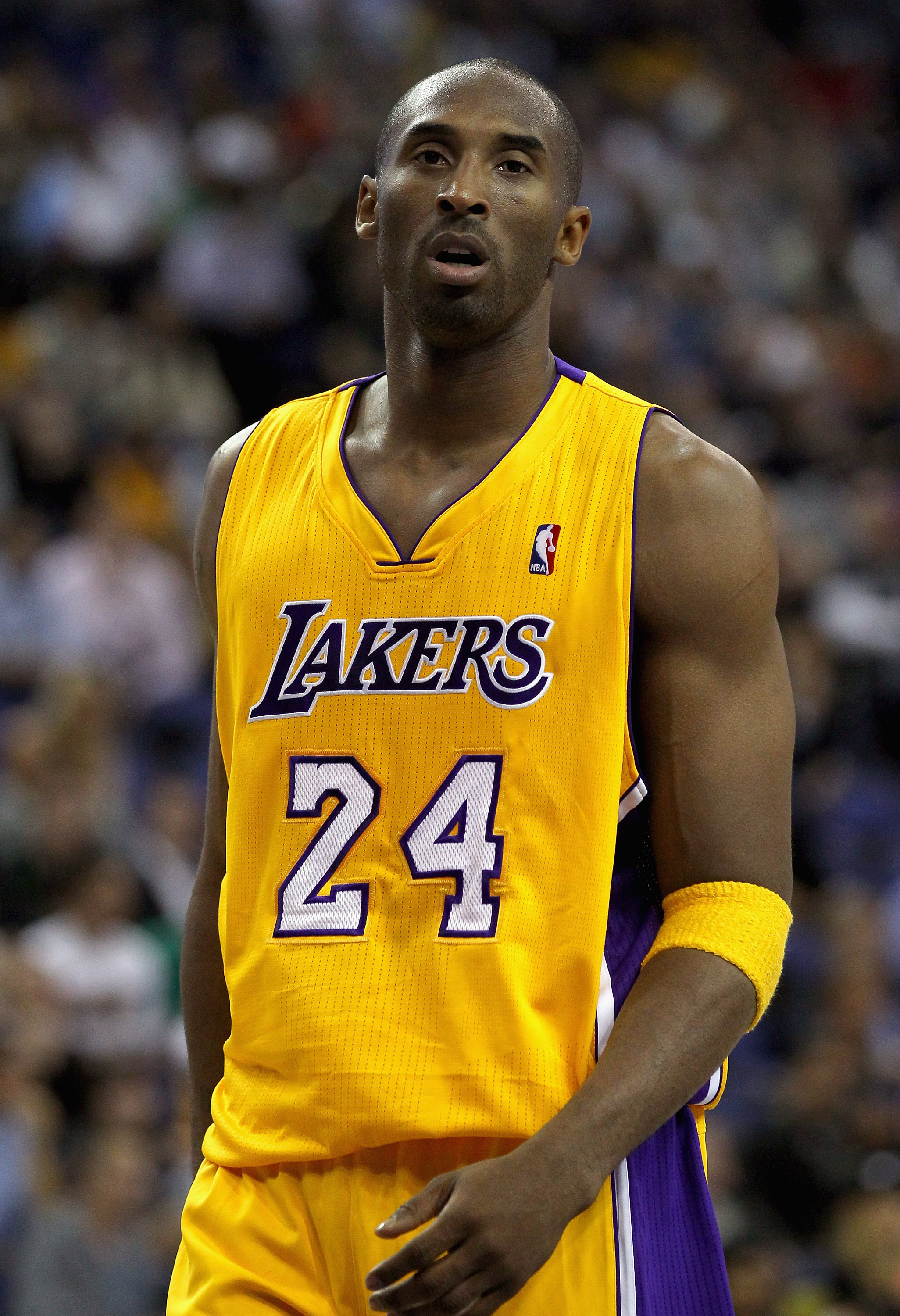 Mamba's not the high-flying youngster we all remember from the Shaq Era in L.A.

Kobe is 32 now, and has reached the point where his skills will begin to atrophy. While most players don't start their decline until their mid-thirties, Kobe is a special case. His could begin later this season, or even next year. Either way, his age severely jeopardizes his star status.

2. Miles on the Tires 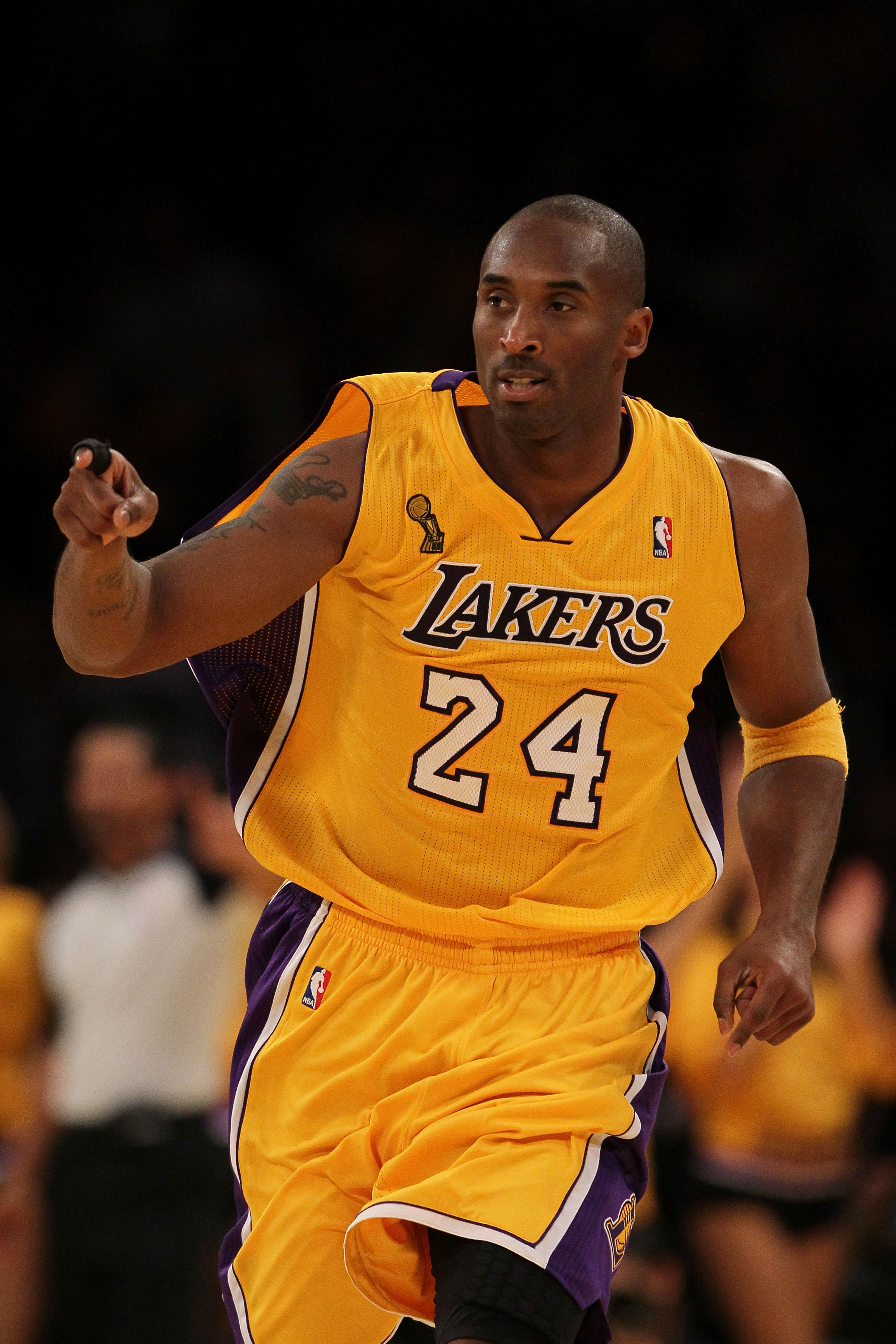 Kobe may only be 32, but as we said, he's a special case. He came into the league at age 18, and has played 1,025 regular season games at 36.6 minutes per game, 198 playoff games at 39.4 minutes per game, plus numerous exhibitions, Olympics and practice pickup games.

That's a lot of wear on a human body. We've seen it with Kevin Garnett and others who made the leap from high school to the NBA; their prime ends at an earlier age than players who go to college, because they've put more strain on their bodies in the grueling NBA. It may start sooner, but it typically ends between 31 and 33.

With all that work, Kobe's got to be feeling his age. Perhaps, after 14 years of playing at a high level, he can't do it anymore. 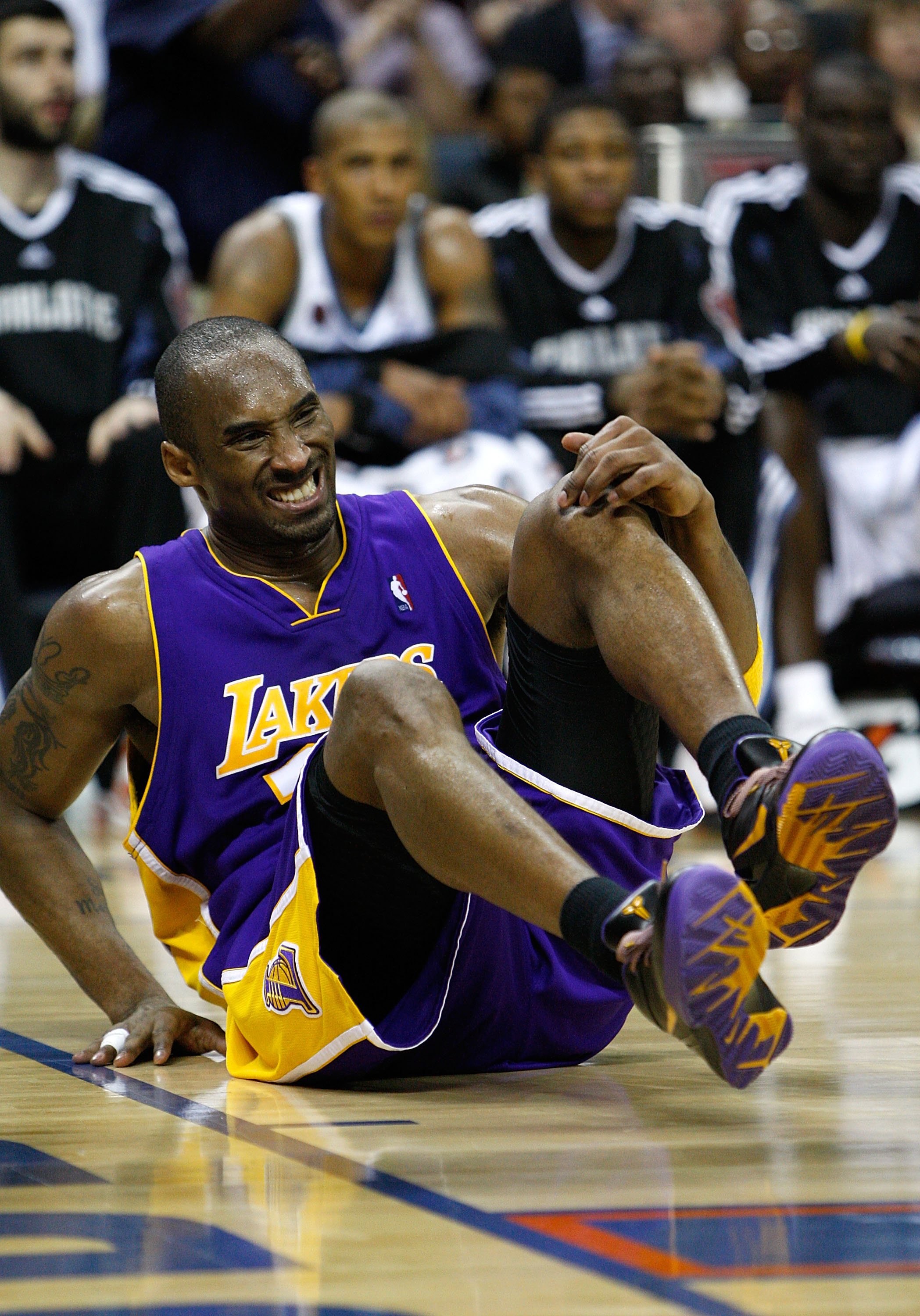 Kobe has been beaten up in recent years. His style of play causes him to take lots of hard fouls, and they've been taking their toll. Knee troubles, back troubles, finger and hand problems; Mamba's played through them all.

But his body is a more slender type than those of Dwayne Wade or LeBron James, making the hits he takes hit harder, and increases the potential for injury every time he drives the lane.

We've seen the injuries start to nag and linger in recent years, and it's only going to get worse. Perhaps it is the bumps bruises and sprains that will eventually sap Bryant's star power, rather than retirement or better players.