FC Barcelona: Tiki Taka or Quite Simply The Beautiful Game 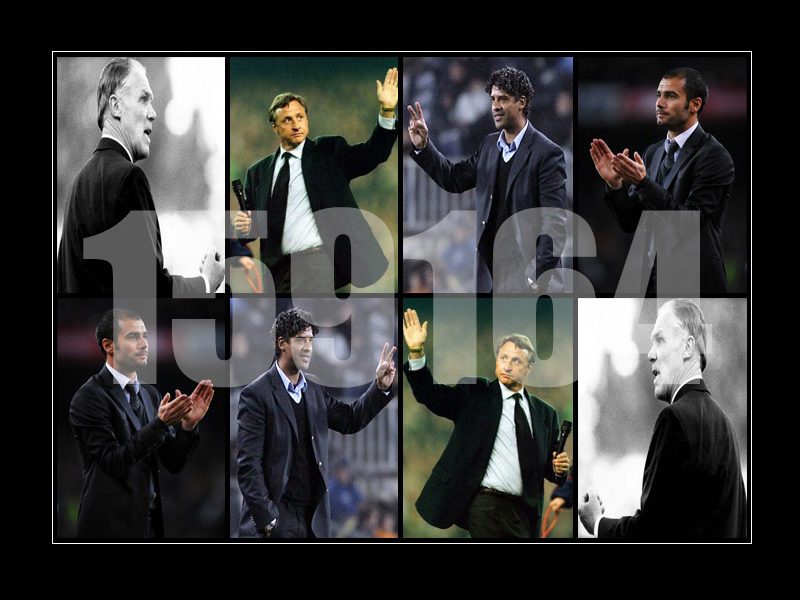 Over the past four decades (the last two in particular) FC Barcelona and its football philosophy have become synonymous with slick, stylish and, more often than not, mesmerizing attacking football.

Even the sternest critic will concede that the Blaugrana’s approach to Total Football is uncompromising. The most frequent accusation is that Barca doesn't have a Plan B. Their faith is strong in playing football the right way, the Barca way.

Of course the criticism is warranted to a certain extent. Though FC Barcelona is a Catalan club, its football philosophy is rooted in the Netherlands. 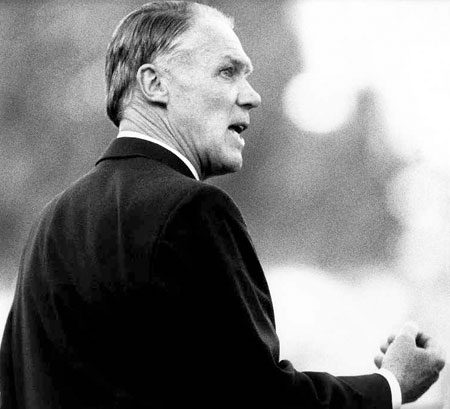 It was Dutch manager Rinus Michels who invented total football, the system on which the principles of Barca’s philosophy are founded. Therefore it shouldn’t come as a surprise that Michels actually managed the Blaugrana during the 70s.

Michels theorized that any player can take over the role of any other player in the team. The theory states that any player can be successively an attacker, midfielder and defender.  There are no fixed positions, except for the goalkeeper. It also requires the quick interchanging between the players, as no two players can occupy the same position.

In the current Barca setup there’s a prime example for this: the interchanging between Gerard Pique and Sergi Busquets. When Xavi or Iniesta are marked out of the game, it is usually Pique who provides an outlet in midfield.  Busquets in turn will sit deeper and assume a position next to Carlos Puyol.

This is one of the reasons why Barca is in favor of “ball-playing” center-halves as opposed to a tough-tackling destroyer type of players like John Terry.

FC Barcelona’s Martin Caceres, who is on loan in Sevilla, is also such a player. Although he is a tough-tackling center-back blessed with the invaluable gift of pace and versatility (he can occupy any position across the back four), he has also the habit of making brash challenges with limited ability on the ball. It is one of the reasons he couldn’t convince Pep Guardiola to hold onto him despite having a lack of depth in this particular area.

Michels’ system demands a high technical level from every outfield player. The lack of pace can be compensated – neither Puyol nor Pique are the fastest of defenders - the lack of technique cannot.

Apart from the import and implementation of Total Football, Rinus Michels brought something, or better yet, someone valuable to the city of Barcelona, Johan Cruyff. 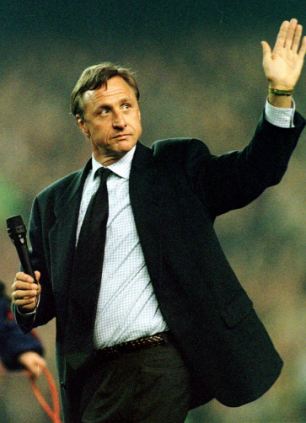 The Creator of The Dream Team

During his heyday as a player, Johan Cruyff was the epitome of a total footballer. But while Cruyff was arguably the greatest player of his generation (and the greatest European football ever), he could only achieve moderate success as a Barca player.

During his five-year stay with FC Barcelona he could only lead the Blaugrana to one La Liga and one Copa del Rey trophy.

His second spell in Catalunya, this time as a manager, would prove to be far more productive and glorious. As a genuine student of Michels, Cruyff would improve the ideas of his mentor in his first engagement as a manager of - quite fittingly - Ajax Amsterdam.

Like Michels, Cruyff would also leave Amsterdam for the managerial hot-seat of FC Barcelona. But unlike his predecessor, Cruyff’s tenure as manager was an unprecedented success.

Under Cruyff’s stewardship and fully committed to his interpretation of Total Football, the Blaugrana would win every club competition besides the International Cup (now: FIFA Club World Cup).

He would lead Barca to its first ever European Cup (now. UEFA Champions League), and two EC Cup finals in total (the other one being a 4-0 trashing at the hands of the other Super-Team of the 90s, AC Milan).

One prominent member of that AC Milan team, Frank Rijkaard, was another product of the fabled Ajax Amsterdam youth system. Rijkaard himself had played under the management of Cruyff, just like Cruyff did under Michels.

And because history has a way of repeating itself, Rijkaard would eventually manage FC Barcelona, at the behest of Johan Cruyff, which was a rather odd circumstance since the player Rijkaard vowed to never play under Cruyff during their shared time in Amsterdam. 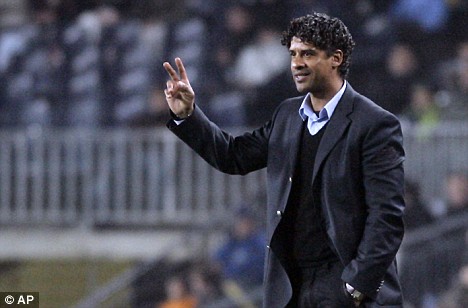 After initial problems, Rijkaard’s Barca would finally overcome a five-year trophy drought. This culminated with the (continental) double in 2006, where the Blaugrana would win back-to-back league titles and the second UEFA Champions League Cup.

Rijkaad’s preferred system, depending on the interpretation, is a 4-1-2-2-1 or a 4-3-3. Unlike his contemporaries, Rijkaard prefers to play with one pivot and two attacking wingers. In a standard 4-4-2, the wingers are part of the midfield, in Barca’s scheme they are genuine forwards.

The system Rijkaard employed encouraged interchanging play and creativity since he only employed one “static” midfielder, the pivot.

One of the shortcomings of Rijkaard’s tactics, not the system, was the vulnerability to concede goals. His team attacked as a cohesive unit but didn’t defend like one. Players like Ronaldinho were given the explicit license to thrill, not to defend.

Any game involving Rijkaard’s team would produce goals, for and against Barcelona. It usually didn’t matter since Barca usually scored at least one more.

In the 2006/2007 campaign, Barca lost the La Liga title to Real Madrid because of the direct head-to-head record. Barca had drawn 3-3 at home, and lost 2-0 in the Santiago Bernabeu. 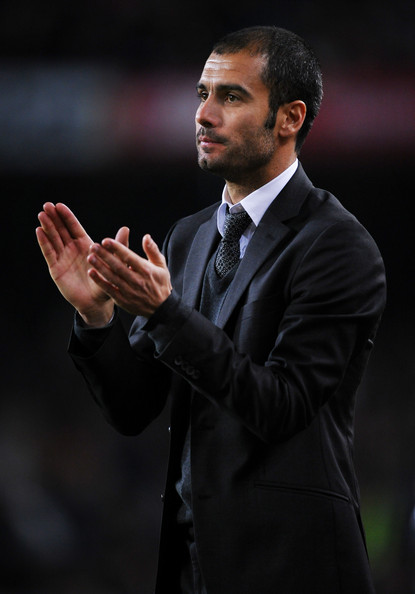 Aside from motivating his humiliated and uninspired squad ahead of the 2008/2009 season, Pep Guardiola made one significant contribution to Barca’s “Tiki Taka” football system. He taught them how to pressure the opponents and he taught Barca how to defend as a unit.

In Pep’s scheme the whole team starts pressing for the ball as soon as possession is lost. Stars like Thierry Henry were ordered to equally attack AND defend. Titi has also claimed “I have never run as much as with Barcelona”.

Pep’s tactics and methods paid rich dividends. In 2009 his reinvented squad became only one of six sides to complete the continental treble of domestic league, domestic cup, & the UEFA Champions League. They are the first team in Spain to accomplish this feat.

However the Blaugrana stand out as the only club side in history to win all competitions they contested in. Fellow treble-winners Inter Milan had the chance to equalize this feat but their failure in the Super Cups made it impossible for the Italian side.

The record that Pep’s Barca squad set will not be exceeded. Arguably his squad is perhaps the greatest (club) football side in history.

FC Barcelona are universally revered for their attacking football, but they don’t get enough credit for their solid defending. The most common criticism is their “soft” or “fragile” defense, but over the last two seasons FC Barcelona conceded the least amount of goals.

It may appear as if the Blaugrana have a “soft” defense, but how many teams attack with ten players?

For better or worse, the attitude of FC Barcelona is to create a spectacle. The Barca fans are among the most demanding in football. The motto “a win at all costs” doesn’t apply in Catalunya.  Barca’s philosophy is to play attacking football from the kick-off.

It would be unthinkable for Barca to resort to “park the bus” tactics just to gain a victory. Total Football and playing football the right way are the very identity of FC Barcelona (perhaps that of the team in London too). 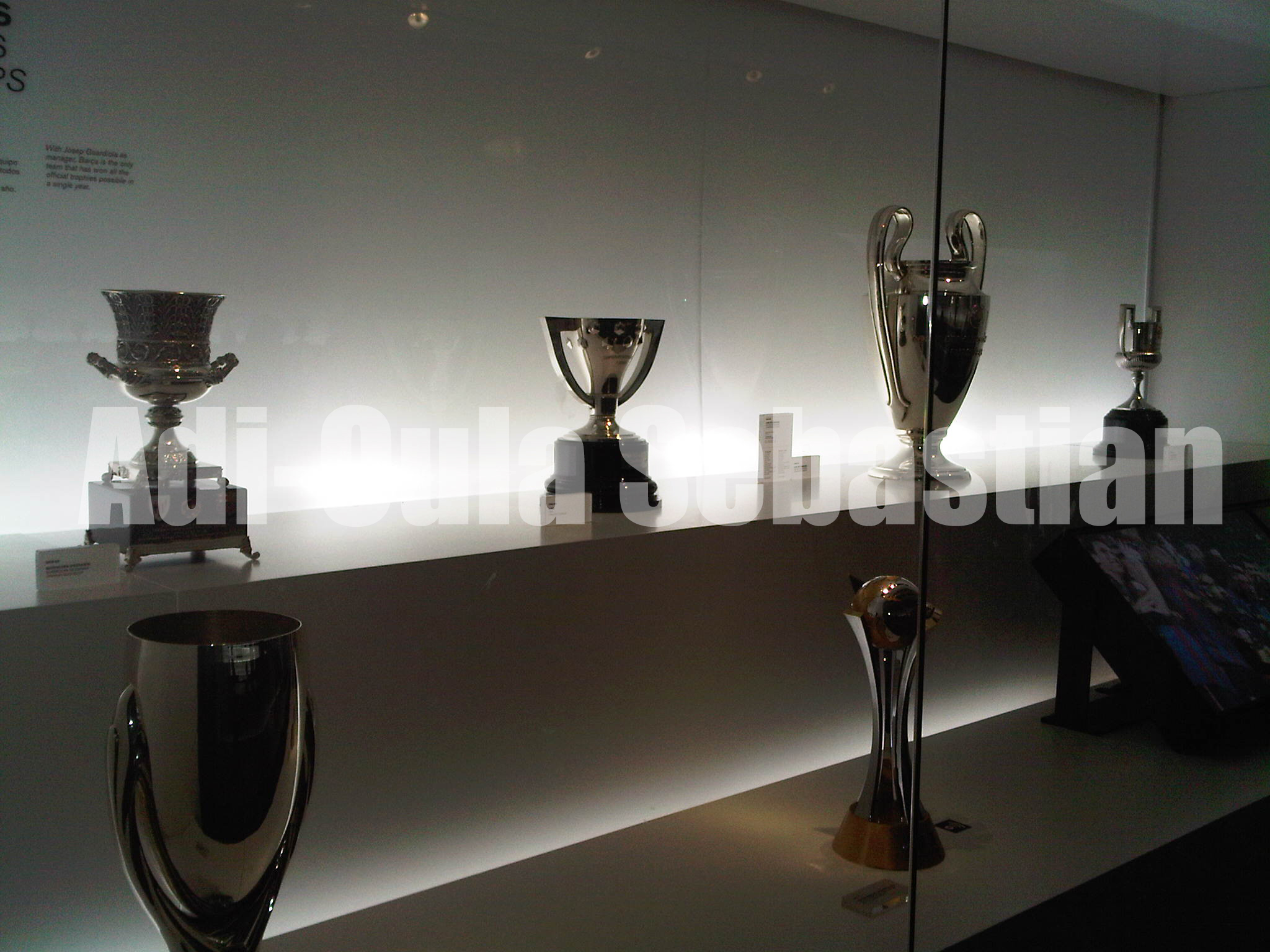 Staying true to its principles

Whether or not FC Barcelona will always be successful with its approach remains to be seen.  Barca has a clear football identity and philosophy that doesn’t change on an annual basis or with the appointment of a new manager.  This cannot be set for most teams.

This article was previously featured on www.barcablaugranes.com where I am a Senior Editor.