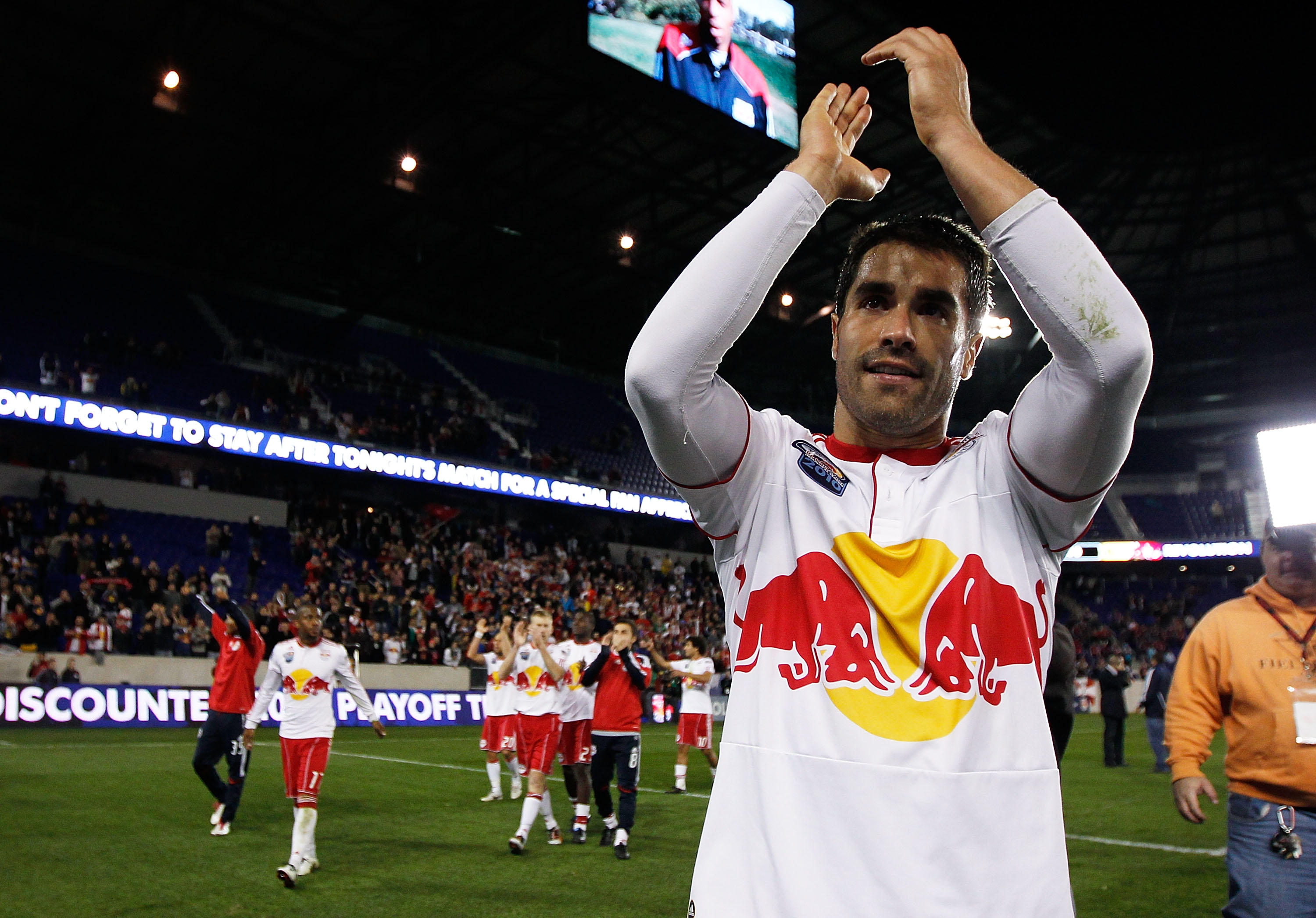 It was New York Red Bulls Sporting Director, Erik Soler, who once said, "Nothing gold can stay." Or maybe it was Robert Frost?

...Either way, as the 2010 MLS Cup kicks off, one thing has become apparent: Juan Pablo will not be suiting up for New York next season.

Angel is arguably one of the finest to ever ply his trade in MLS, and unarguably the finest to do so for the Red Bulls, being the franchise's all-time top scorer and possible four-time MVP.  But at 35 years old, with a nagging back problem, it may sadly be time for him to move on as the Red Bulls look to build towards the future.

It is certainly up for debate if letting Angel leave is the right move for the Red Bulls to make, but here are five ambitious signings the Red Bulls could pursue in the offseason to fill their third Designated Player spot. 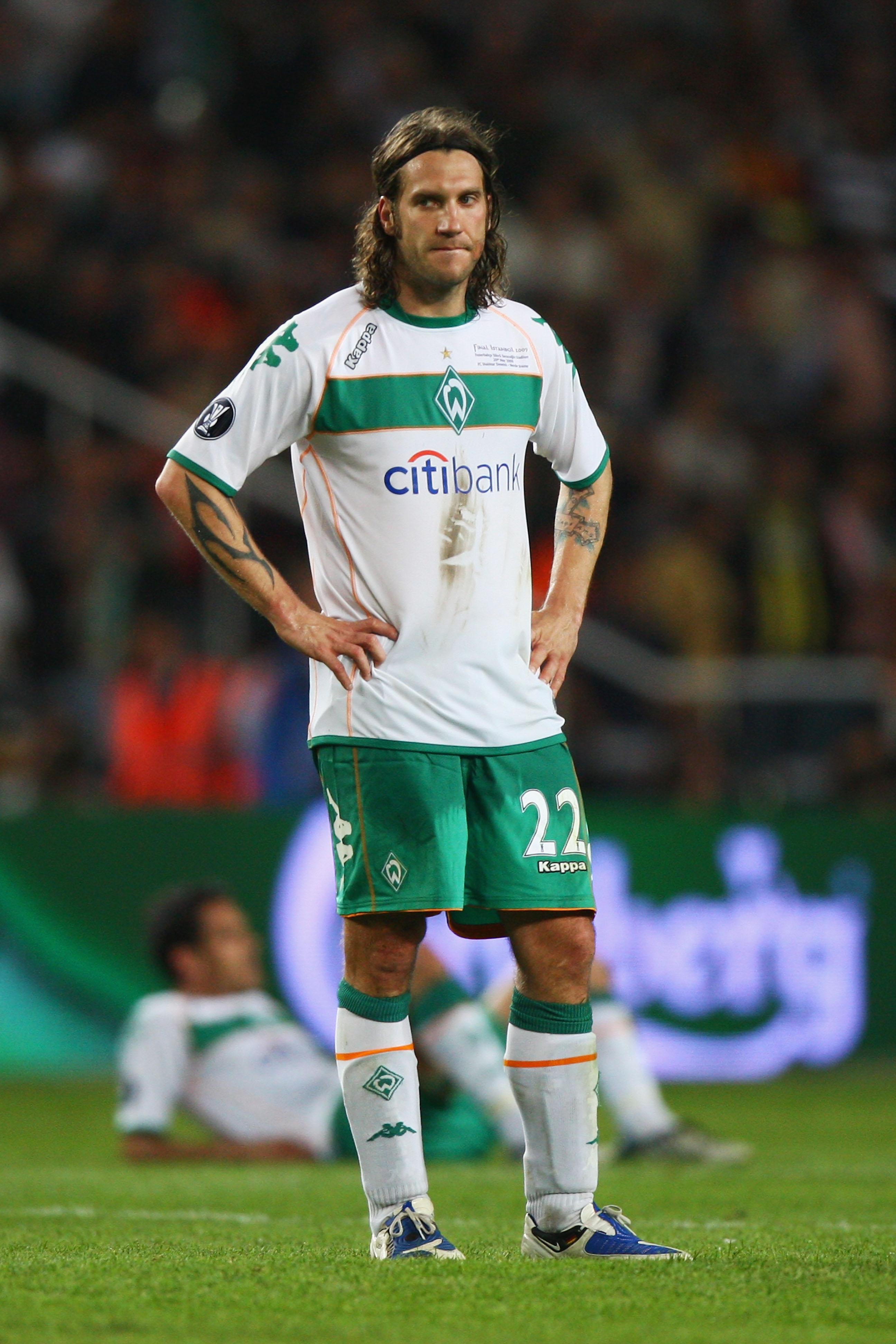 Maybe the least ambitious, and frankly not needed, signing seems to be the one that is most likely.

Frings came out this week stating that if his contract was not renewed at Werder Bremen, he would not be interested in signing with another club, adding that MLS was an option, with New York being his "dream city."

While this undoubtedly perked up a few heads in New York, I don't think anyone could see Frings being a huge success in MLS.

Being an icon of the Bundesliga, one has to wonder how he would take to sinking into the relative anonymity that would come with a move to MLS. 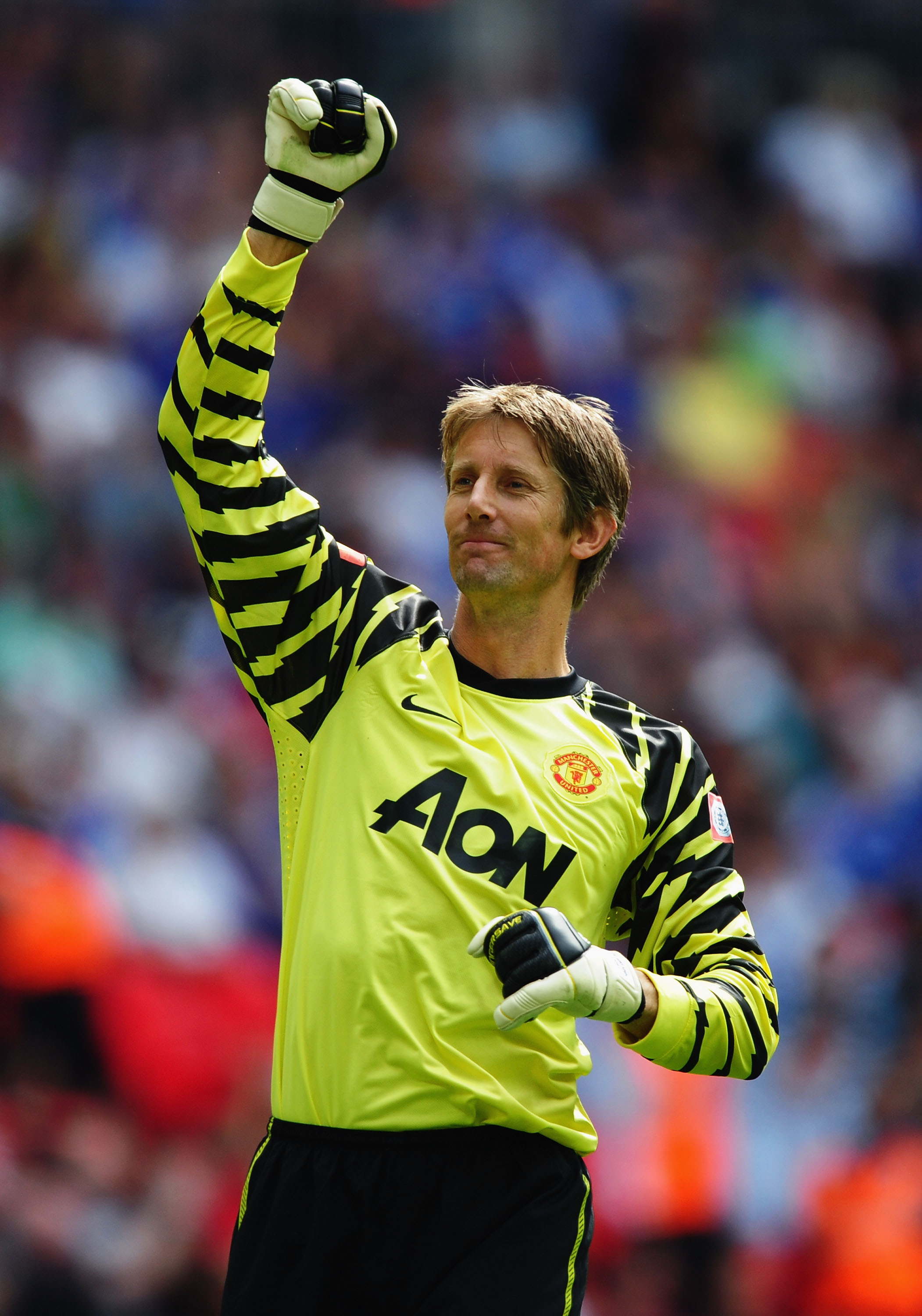 Bouna Coundoul is a fantastic keeper capable of some great saves.

He may also be one of the Red Bulls biggest liabilities, sometimes making baffling decisions coming off the line. He can be day and night and gives many a Red Bull fan heart attacks. Still an infant by goalkeeper standards, a season or two studying under one of the greatest keepers to play the game could do wonders for the Red Bulls in the long term.

Rumors of retirement have been swirling around van der Sar all season, with his Manchester United contract coming to an end at the conclusion of this Premier League season.

Who's to say that if offered the right money he wouldn't consider two years or so in MLS as a wind-down, while also helping take Coundoul to the next level.

He would certainly ease any worries at the back for New York. 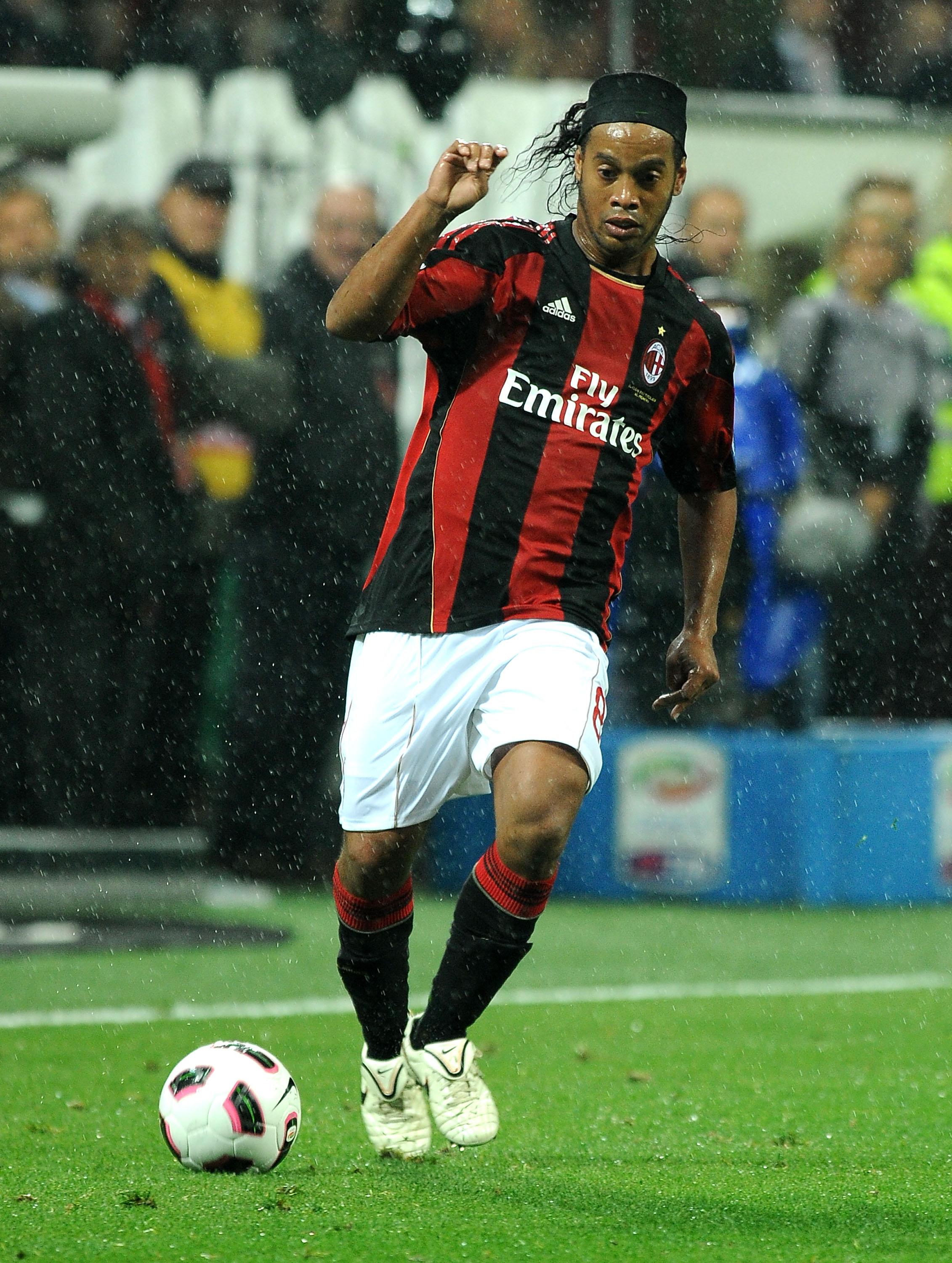 Linked with a possible move to LA Galaxy over the summer, what a coup it would be for New York to steal one of the greatest to ever play the game away to the East Coast.

Certain sources have claimed 'Dinho to LA is all but signed for next season, but could linking up with former Barcelona teammates Theirry Henry and Rafa Marquez sway him to come to New York?

Deploying Ronaldinho as an attacking midfielder, feeding the ball and creating chances for himself and Henry, with Marquez set back breaking up opposition play, would certainly make New York the most exciting team in the league to watch.

The only deciding factor might be the New York offices convincing him that nightlife in Manhattan can trump that of Tinseltown. 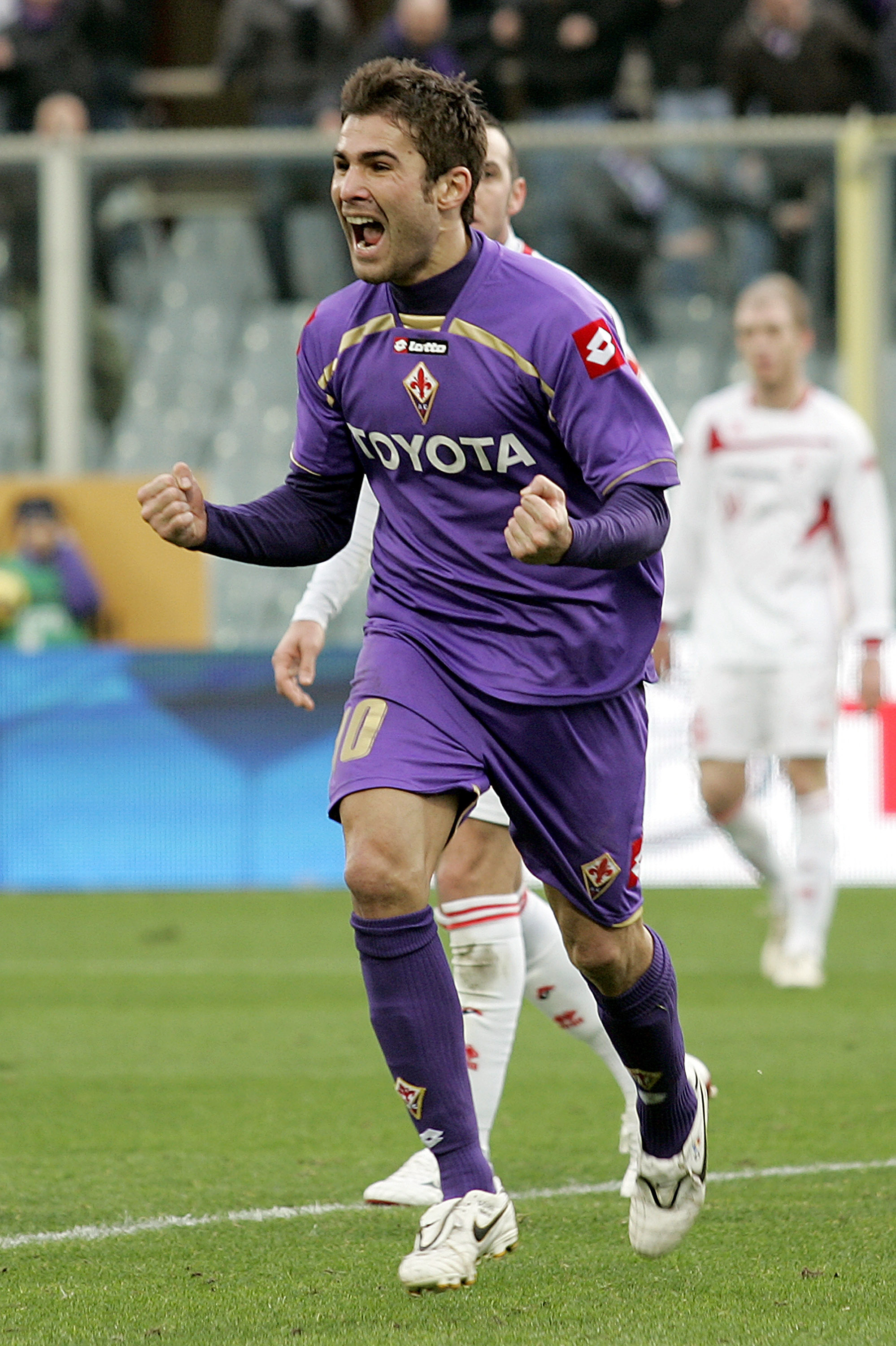 Who loves controversy more than the American media? And how many others bring as much controversy to the game as Adrian Mutu.

Failed drug tests have seen him suspended from the game twice, and rumors are that Fiorentina could be at the end of their rope with the Italian striker.

If the relationship were to break down to the point of Mutu departing, New York would do well to take a risk on giving the hitman a fresh start in a fresh country.

At just 31 years old, Mutu's legs have a few good years left in them, and a Mutu/Henry strike force would easily be on of the most deadly in the history of the American game. 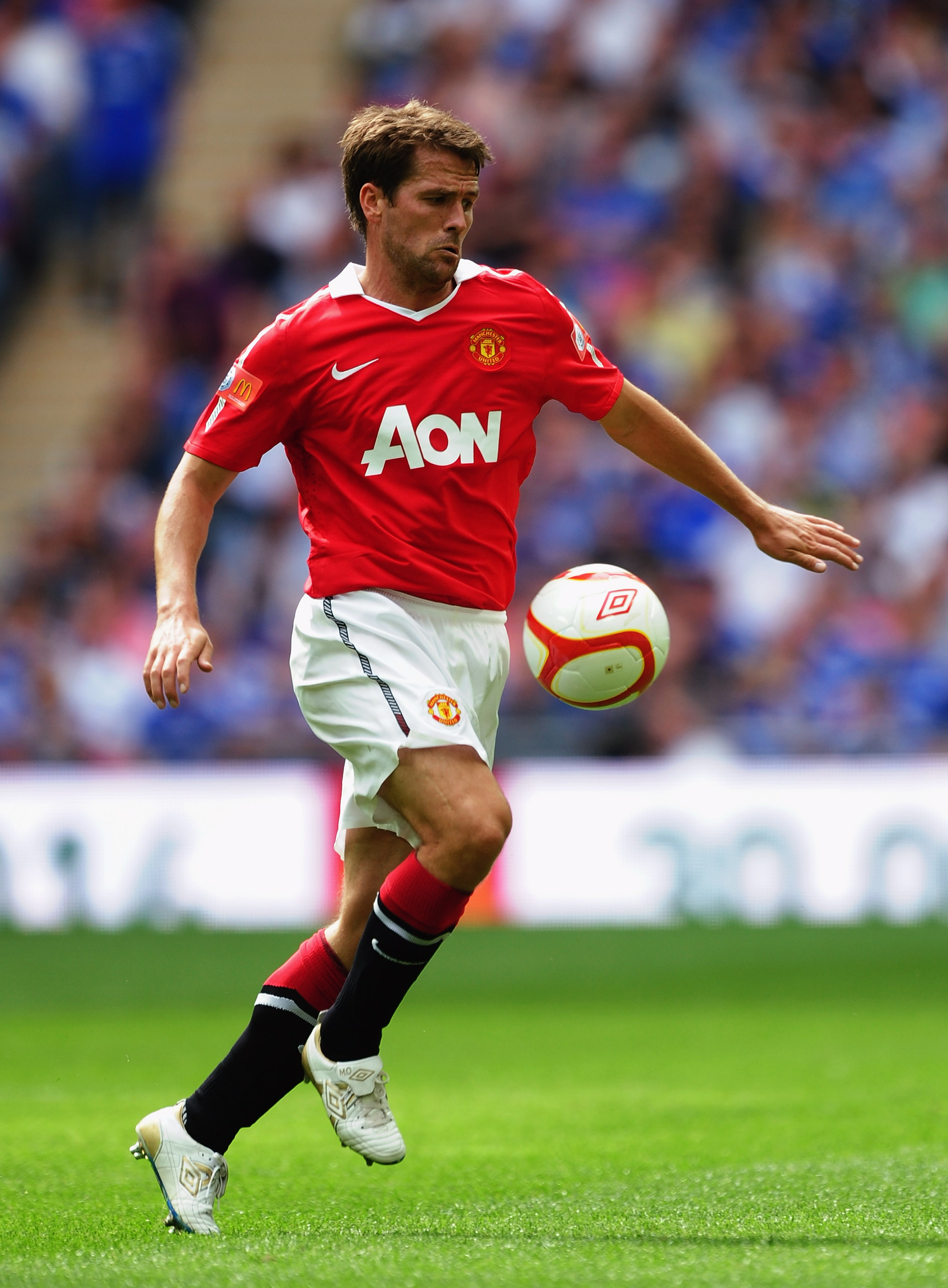 Signed to a two-year deal by United after the relegation of Newcastle, Owen again finds himself on the physio table in the final year of his deal. With no talks taking place as of yet, indicating his contract will be extended at Old Trafford, Owen could find himself once again searching for a club.

While his injury history might make some nervous, there is no doubt the former Ballon d'Or still has much to offer the game.

The lessened pressure and pace of the game in MLS could also go a long way in helping Owen stay fit and firing on the backside of his career.

Who Could Fill Juan Pablo's Shoes? 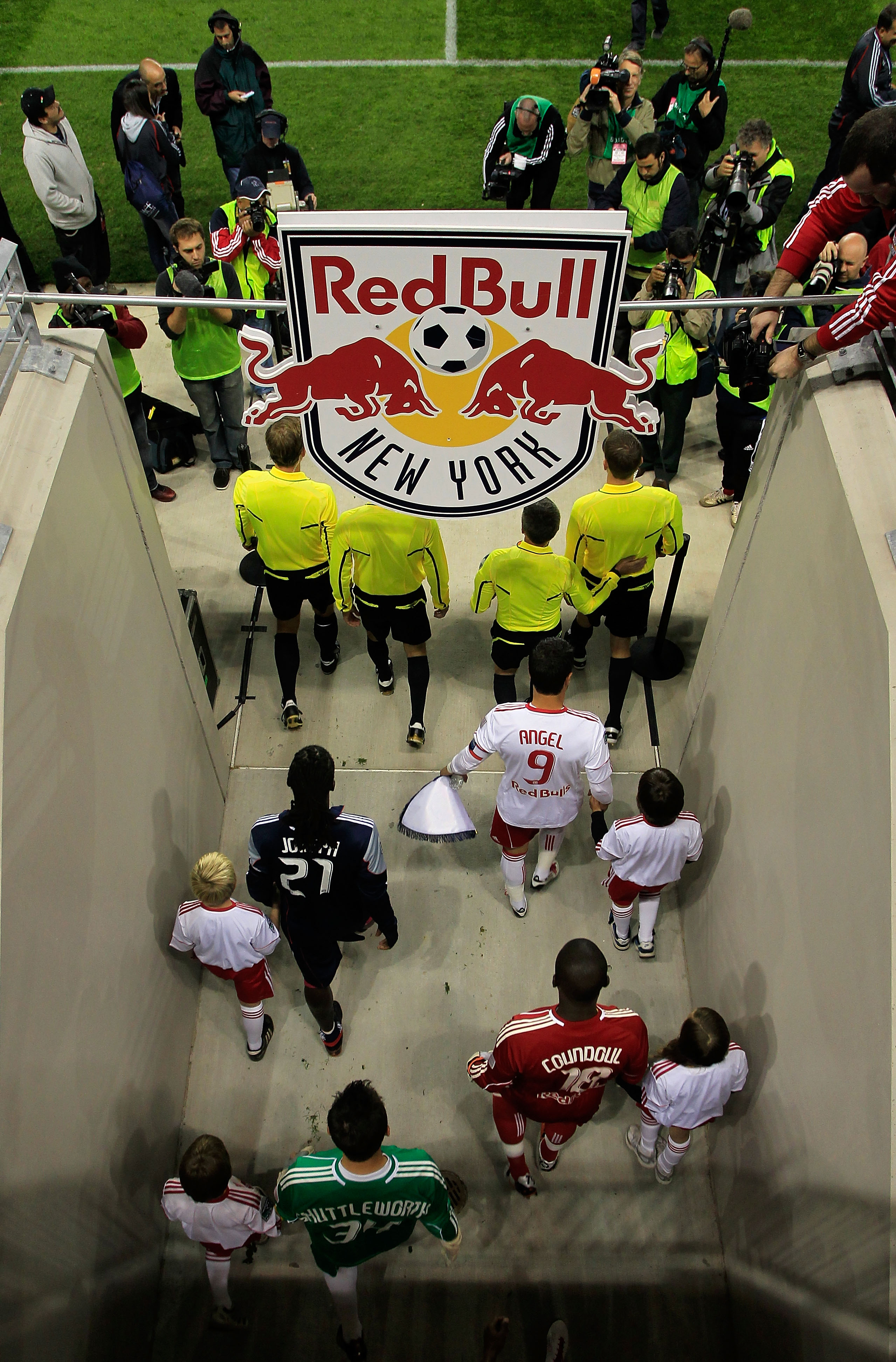 Juan Pablo departing New York will leave a hole that some believe will could never be filled both on the pitch of Red Bull Arena and in the hearts of Red Bull fans.

But with the right business sense and an eye towards the future, the Red Bull office could deliver to the fans the man who could become "the next" Angel and take not only New York, but MLS to the next level.