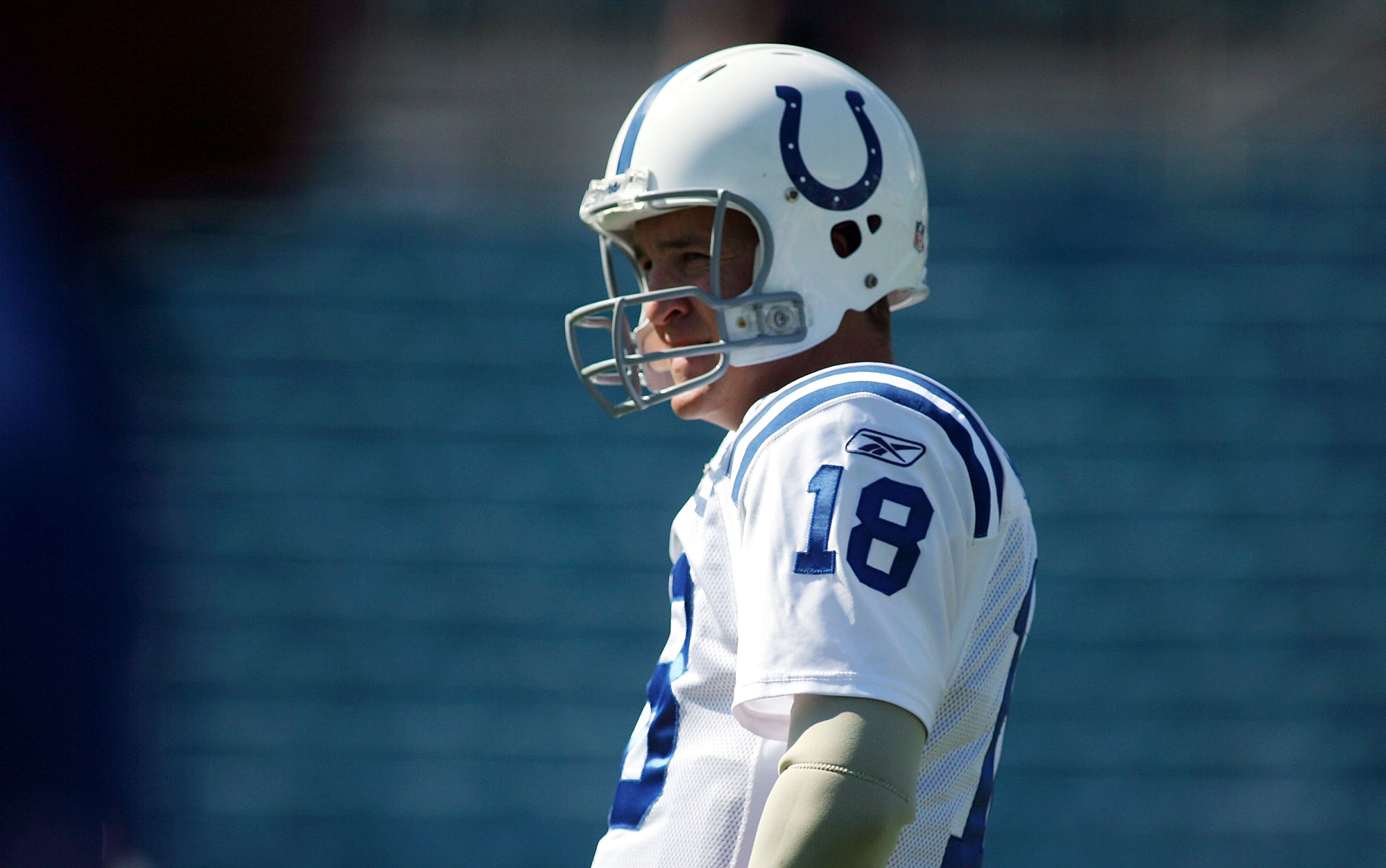 Week 5 is usually a week in which opinions can truly become formulated and the big guns are boasting their power atop their division. Usually, week 5 offers an opportunity for the best teams in the league to put some separation between themselves and 2nd place.

This season has been a far cry from that so far.

The big guns have been brought down a little and the underdogs have risen as there is only one team left in the NFL without a loss in Kansas City. Some teams will begin to draw away from the pack, yet there is still a very good opportunity for some upsets in this weeks match ups. 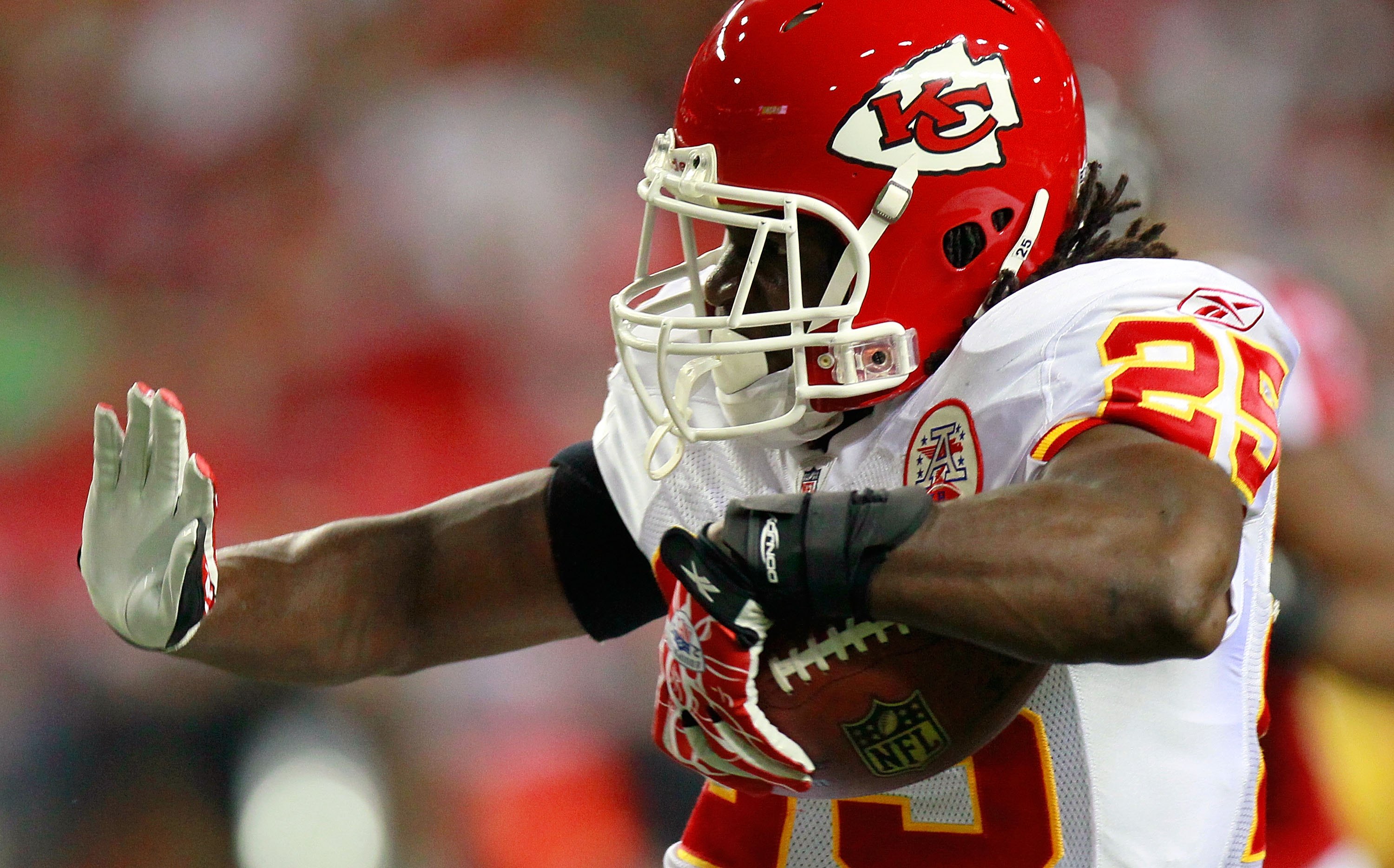 The Colts, everybody's sure fire team at the start of the season, have already lost twice. A team that has started the season with a win for the better part of a decade lost their first game this season.

Yet, no one can count out a team with Peyton Manning on it.

The Chiefs have come out of the first four weeks on top of the world at 3-0. With a bye week in week four, Kansas City will have to come together now to prove that it has not been a fluke that they are the only undefeated team left in the NFL. With a combination of youth, speed and crafty coaching, the Chiefs have been able to pull off a couple of upsets already this season.

As crazy as it sounds, I am ready to ride the train in Kansas City. This is no joke of a team and Todd Haley and the New England Company of coaches at his helm are experienced enough to be successful against tough opponents. The Colts offense will certainly be successful against the 25th ranked pass defense of the Chiefs. Yet, Kansas City is riding a wave of emotion that could propel them past a team that is searching for answers of its own on defense.

The Colts rushing defense ranks 29th in the NFL, giving up a staggering performance to Arian Foster during week 1 of the season. The combination of Thomas Jones and Jamaal Charles should prove to be dynamic enough to keep the Colts run defense on its heels all day. 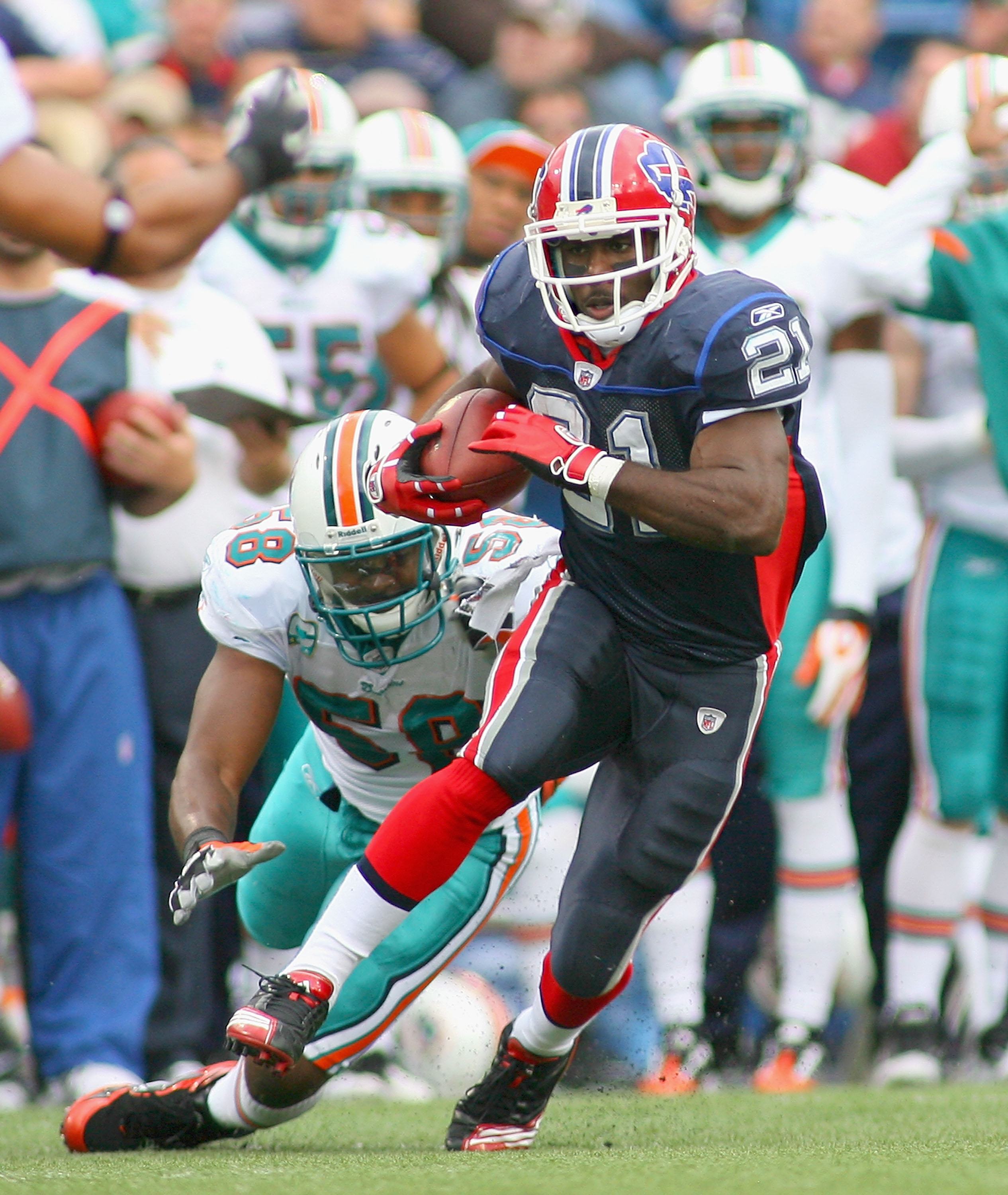 They have been abysmal, absolutely dreadful and downright awful. They just traded away Marshawn Lynch, their supposed number one back in a system of three possible starters, which is not the most ideal situation for any team.

Yet, this release is just what the Bills need right now. They used their first round pick on one of the most explosive and dynamic players in the draft: and now he can perform.

Chan Gailey has stated that there are specific situations and formations that he is planning on using Spiller in and it sounds like they have figured it out. They will use Fred Jackson as well, but the Bills feel more comfortable in the long run with this set up.

Enter the Jacksonville Jaguars, high off their emotional last second victory against the Indianapolis Colts, one of their most heated division rivals. They will be facing a team that has been labeled as one of the worst two teams in NFL so far this season, and are feeling good about their win against a good team.

Now, if anyone has ever visited Ralph Wilson Stadium when the seasons are changing, it can be unpredictable in terms of the weather. The offense of the Jaguars is not very dynamic and shouldn't be able to offer up anything too complex for the Bills to handle. If Buffalo can cue in on MJD, and use the setting of their home field to their advantage, they might be able to pull off a victory against a Jaguars team that will surely toot their own horn a little after last week.

I mean, this should be a cake walk after Indy, right? Wrong!

The Bills get their first win! 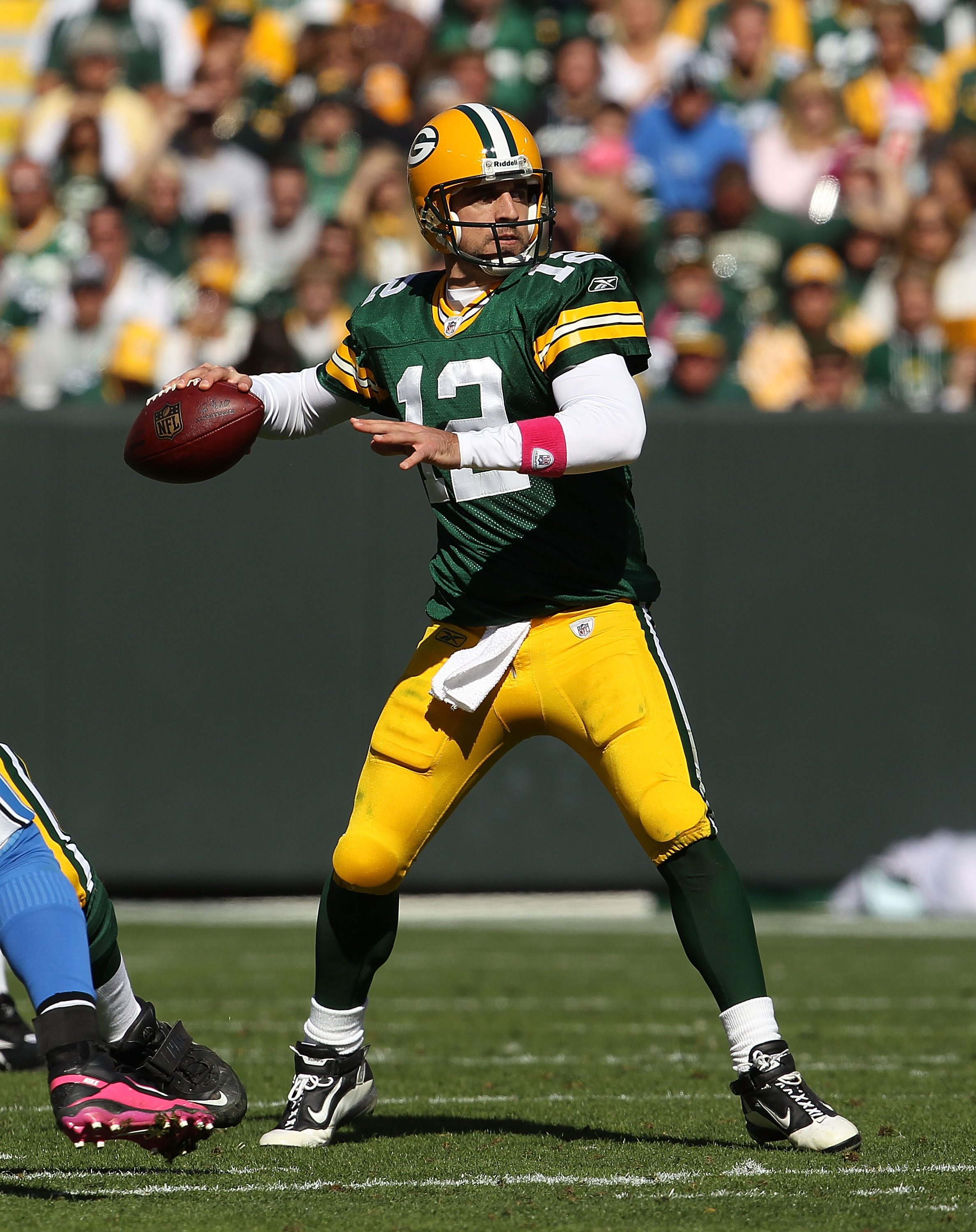 Rodgers has been efficient thus far, and it will continue this weekJonathan Daniel/Getty Images

This season has been dramatic so far with both of these teams. The Packers are dealing with injuries on both sides of the ball and Washington has been dealing with personnel problems all summer long in Albert Haynesworth, their highest paid player.

The Redskins have also been trying to adapt their offense to fit the weapons at their fingertips. With Donovan McNabb under center, the Redskins improved their QB position, but he has not been the enormously affective player they were hoping for. Yet, he is a huge improvement from Jason Campbell.

The problem for the Redskins lies on the defensive side of the ball. Their defense ranks 31st against the pass and will most likely drop to number 32 after Aaron Rodgers comes to town.

The Packers offense has officially become a pass heavy offense after GM Ted Turner decided not to go after Marshawn Lynch in a trade. Brandon Jackson and John Kuhn offer little help in the run game other than to keep defenses on their toes. Yet, that has not stopped Rodgers' production. He is completing almost 69% of his passes and has a modest, yet respectable QB rating of 96.3.

This game will be a mildly defining match up for the Packers, but most of all, they will be looking to keep winning so they might be able to stay ahead in the NFC North. With the recent addition of Randy Moss to the Vikings, Green Bay cannot afford to take any chances with their advantage at this point in the season.

Barring anymore catastrophic mistake-filled performances, the Packers should have their way with the Skins. 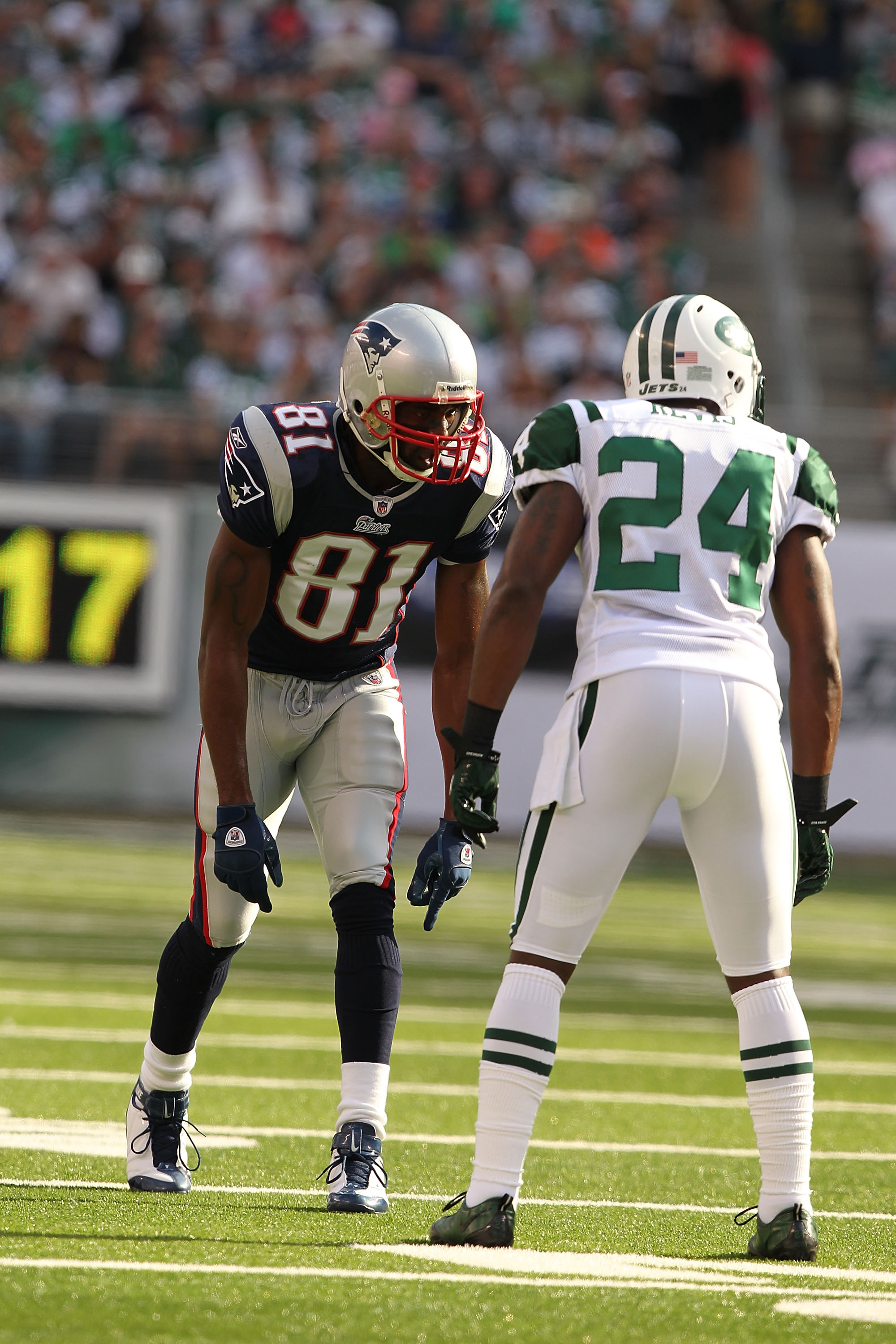 Will we see this match up again?Al Bello/Getty Images

The match up of the week has just gotten even bigger. With Randy Moss' arrival in Minnesota comes the second installment of the Moss v. Revis saga. Although the slouch probably won't be stranded on an island, this game will still be hyped up pretty big.

This one will be a battle throughout the whole game. Two defenses who have been the best in the business the past couple of seasons will be expected to determine the flow of the game from the start. Jared Allen on the defensive line of the Vikings will do their best to pressure the sophomore QB Mark Sanchez. If they can get to him and cause him to lose his focus, the Vikings will be able to focus on stopping the run.

Not that it will be easy.

The Jets offensive line has been touted as one of the best in football. With Thomas Jones rushing for over 1000 yards last season and LaDainian Tomlinson on his return to the top, the Jets rushing offense is a strong as ever. LT is averaging 6.1 yards per carry right now but only around 14 attempts per game. If the Jets can figure out a way to get him the ball behind the mules up front, the Jets may very well be unstoppable the rest of the way.

This game is going to be great, and it is almost too tough to pick. But I like the Jets in this one. 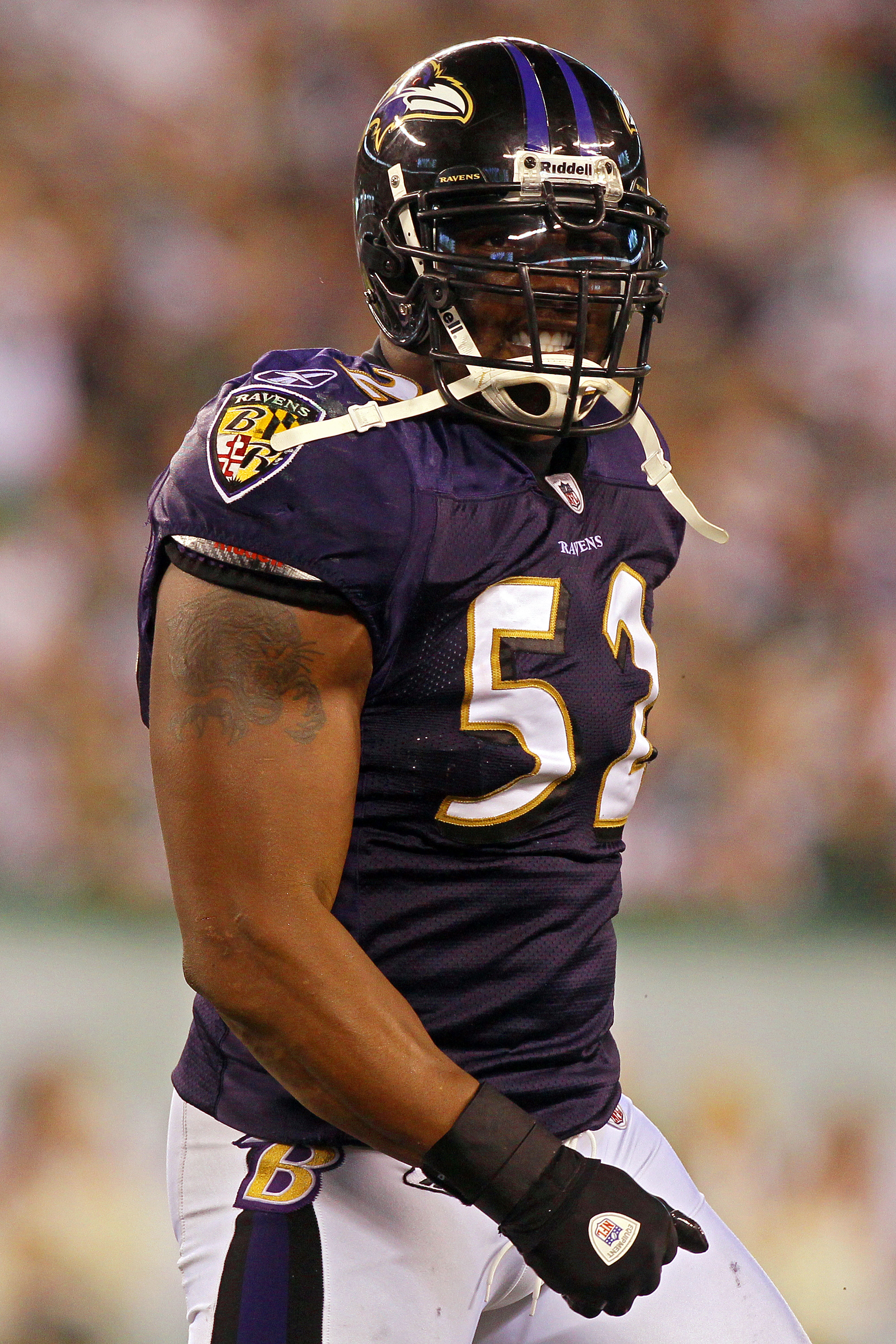 With losses to the Redskins and Bears in the first two weeks respectively, Dallas was successful in shooting themselves in the foot bright and early. They have looked, at times, inept on offense. Yet, with a rebound victory against the Houston Texans, the Cowboys will be looking to put that part of the season behind them. The bye week should provide them with an ideal break from the season to assess what is going wrong with their offense.

The Titans have not looked very impressive and their super star 2,000 yard rusher, CJ2K, has been bottled up in 2 out of the 4 games so far this season. Looks like he is a little off track for his lofty self-projection of outdoing the great Eric Dickerson in single season yardage.

Cowboys win this one on their home turf between two evenly matched squads.

This type of game has been one that has left negative implications with the loser for the rest of the season. Both teams will use this game as a defining match up because both teams will be fighting for a playoff spot come late December. Houston and New York have both had trouble falling off and being a middle of the road team, more so with the Texans who have yet to make the playoffs at all in their short history.

Houston has been impressive on offense with a new star in Arian Foster. With Andre Johnson and Matt Schaub in the passing game, this team will always have a chance to produce points. The rest of the offense has improved as well with Jacoby Jones and Kevin Walter showing up at times in the passing game. Consistency will be key against a Giants defense that is coming off an epic performance against the Bears last week. The Giants offense served as a break between series' for their defense and did not produce many points. However, they did possess the ball long enough to tire out the Bears on defense.

The Giants defense ranks 22nd against the run and they are facing the league's top rushing team so far this season. If Arian Foster gets the ball enough, the Texans should be able to pull out a victory. 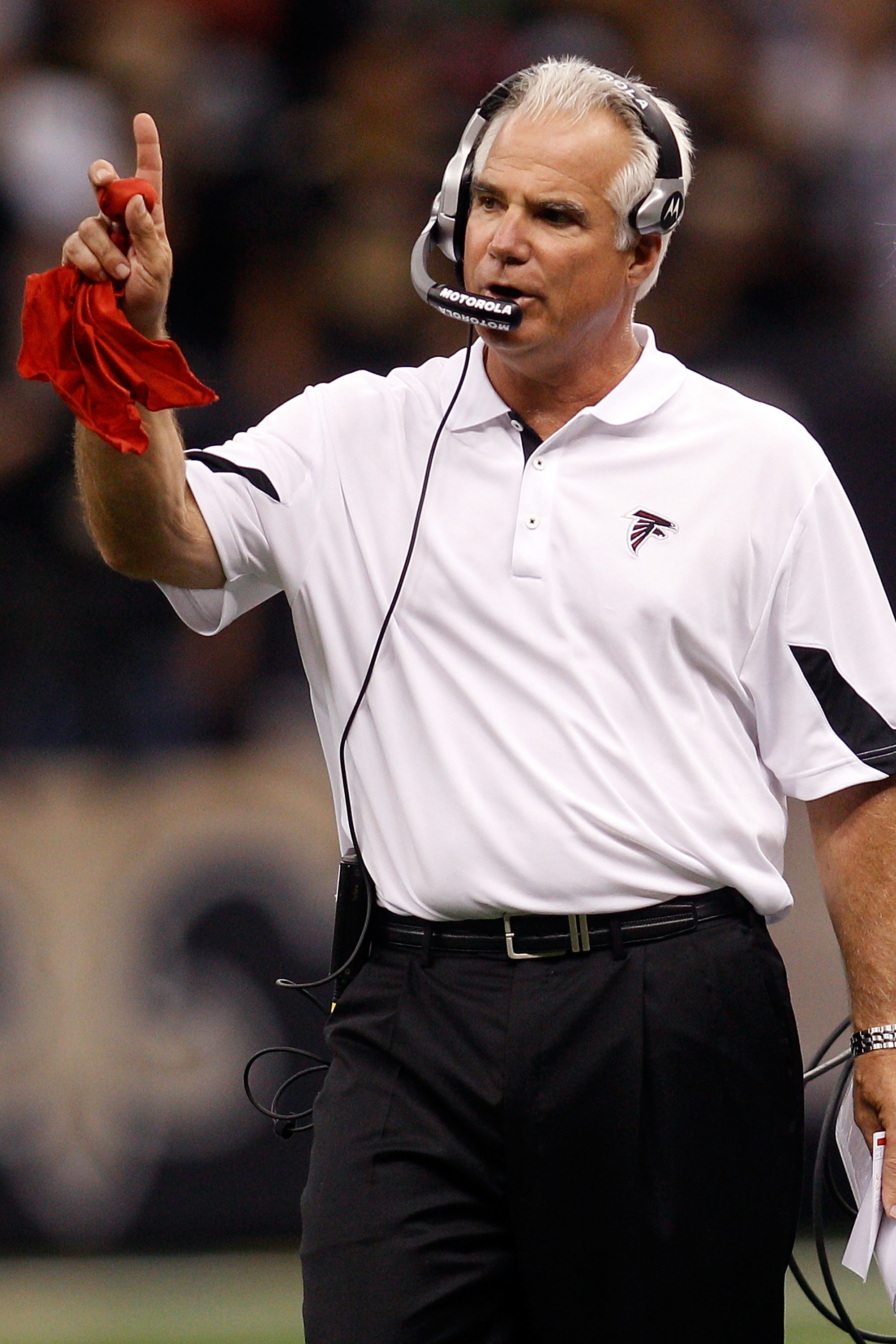 Two upstart teams, should be interesting to watch. Would be better if Stafford was playing.

Chicago will need to get back on track. Shouldn't be a problem against a rookie quarterback.

Tampa Bay's number 10 rank against the pass is misleading. They have played three teams without a solid quarterback in Cleveland, Carolina and Pittsburgh without Big Ben, who still tore them apart.

The Falcons have been exciting so far and have pulled out a couple of decent, close games. Cleveland has no identity on offense other than a budding young star in Peyton Hillis. The Falcons should be able to hold him off enough to win this one.

If Kurt Warner were playing, this might be a game. The Cards just aren't the same without him. Shouldn't be a problem for Drew Brees to put up points in this one.

Should be a great game either way. Rivers is playing like a man possessed and is making Vincent Jackson's absence go unnoticed. This is a divisional match up, and Oakland is ranked 3rd so far against the pass. They have also played a couple of decent passing teams, especially against Houston. Yet, they still haven't been able to pull out a win, and I don't see it happening here

Can anybody help San Francisco? Another heartbreak this week for a team that has had enough to fill the season already.