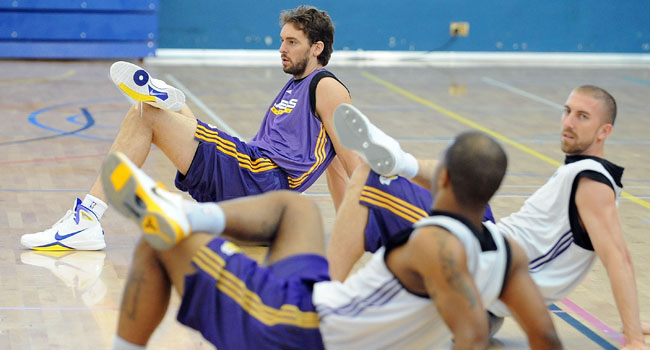 Pau Gasol and Steve Blake in a preseason workout

The Los Angeles Lakers are the reigning back-to-back NBA champions and have a goal of completing a second three-peat in 12 years.

In order for the team to achieve this goal, the Lakers will need to earn a top seed in the Western Conference and continue to be one of the best defensive and rebounding teams.

While preseason games don’t count towards the final team’s record, it is important in that this period can help set a team up for regular-season success.

As always, I welcome your comments and opinions.

With that said, I now present to you the 10 biggest goals for the LA Lakers in this preseason.

1. Getting the Newcomers Comfortable in the Triangle Offense 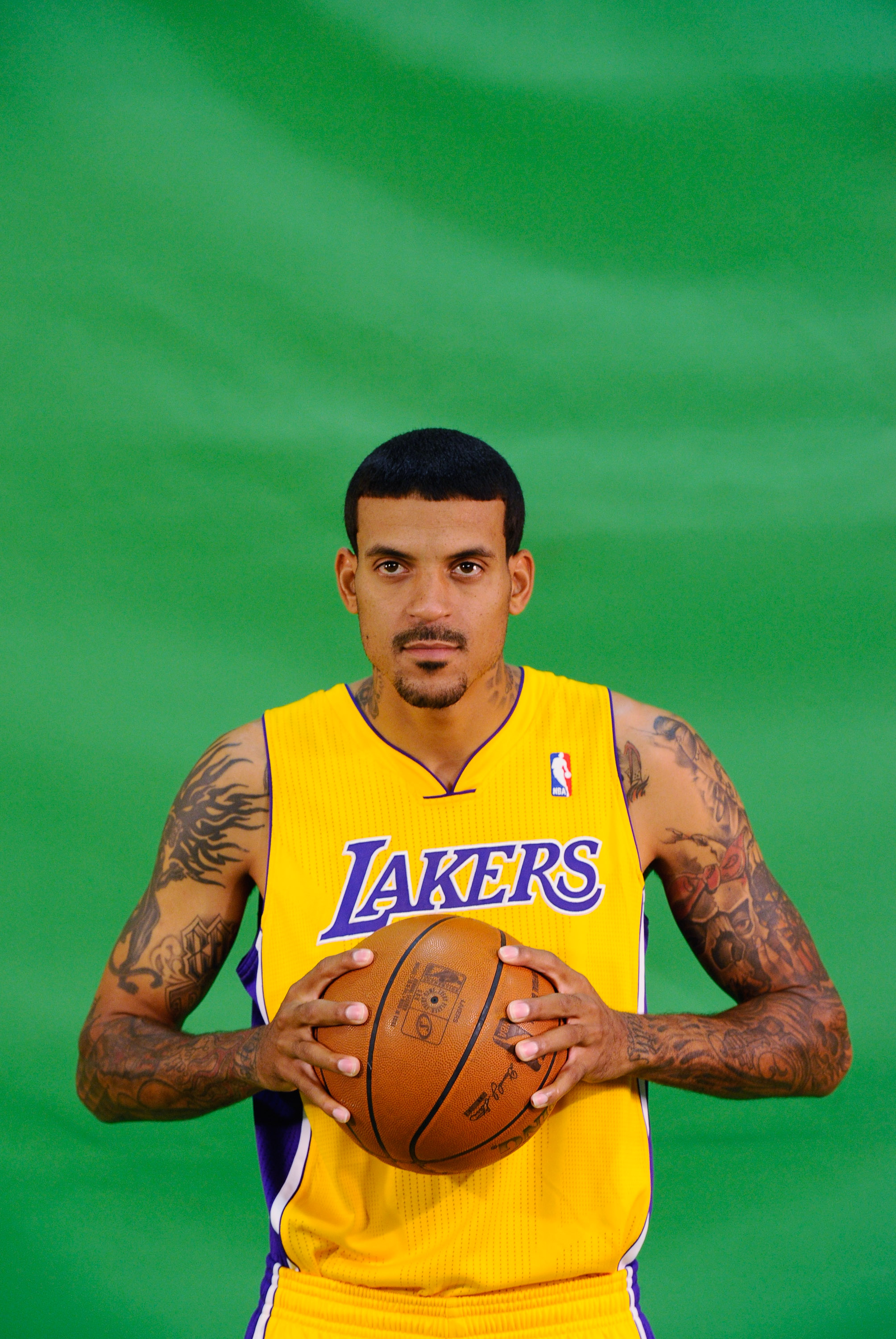 The LA Lakers have five new players. Steve Blake, Matt Barnes, and Theo Ratliff are veteran players signed as free agents. Rookies Derrick Caracter and Devin Ebanks were selected by Los Angeles in the second round of the NBA Draft.

All five are likely to make the team’s final roster, so it is important that they all can be comfortable in the triangle offense used by coach Phil Jackson.

The triangle offense is a complicated system that can take players a while to figure out. Ron Artest didn’t seem to fully grasp the system until the end of this year’s playoffs.

It will be highly important to the Lakers' success if these new additions can learn the player movement within the system.

It is especially important for Steve Blake, whom the Lakers hope can run the offense with the second unit better than Farmar did.

So far things are looking good, as Lakers assistant coach Jim Cleamons said that he feels Blake will be able to run the second unit effectively and fit in well with the starters. 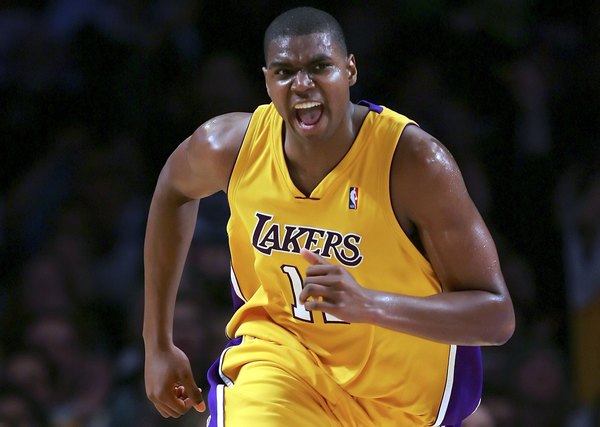 When Andrew Bynum has been healthy the past few seasons, he has shown glimpses of being one of the best centers in the league.

A healthy Bynum would put the Lakers in another tier over all the other teams, and may be the team’s biggest advantage against the odds-on favorite Miami Heat should the teams meet in the NBA Finals.

Although there are some positive implications that can result from Bynum likely being out until the end of November, there’s no question that the Lakers would like to see some positive progress in his rehabilitation from surgery this past July to repair a damaged meniscus in the knee.

If Bynum can get back on the court and start some running drills by the end of the preseason, that would be a very positive sign for the Lakers. 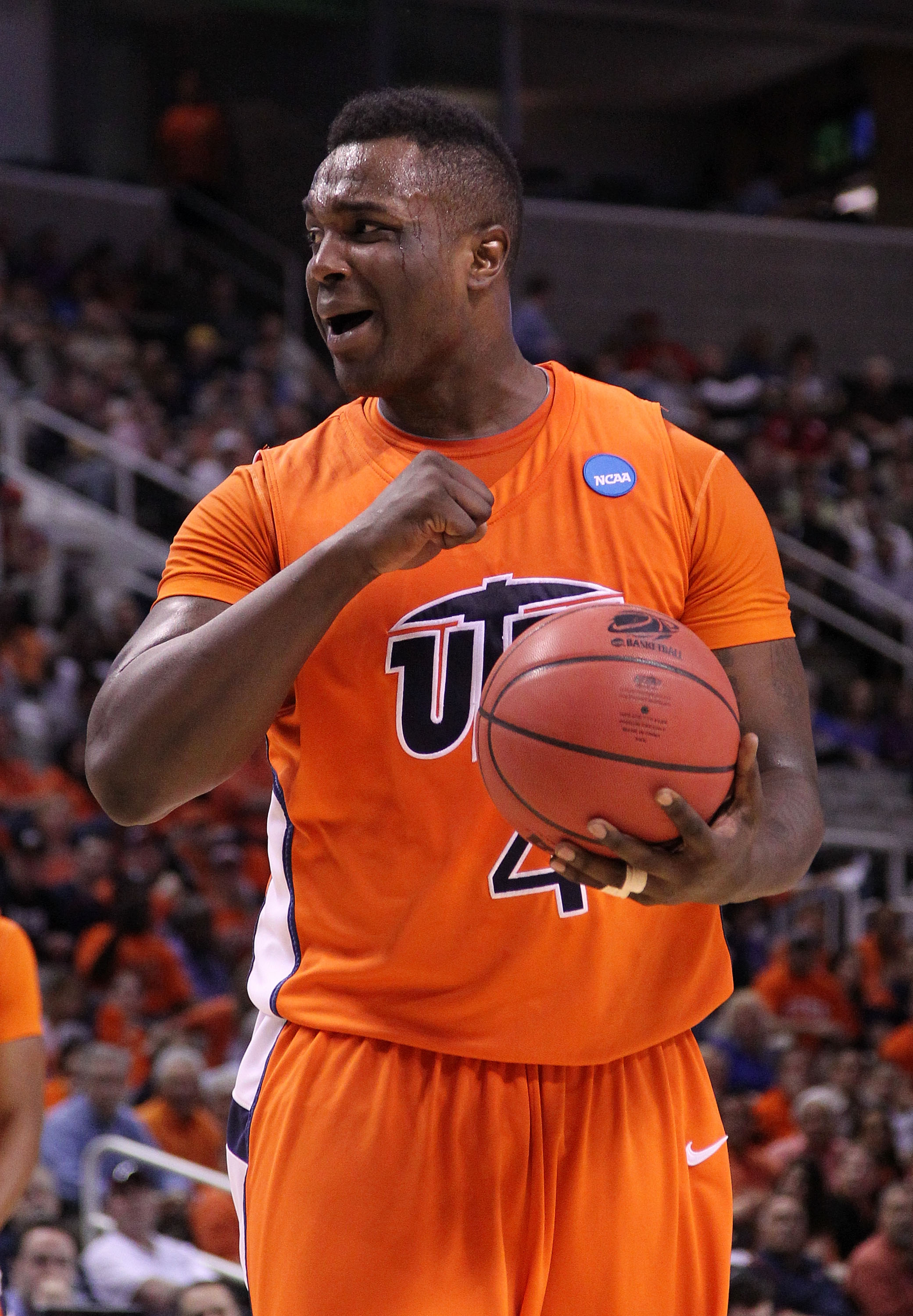 Cleamons said that Derrick Caracter is putting in, “A yeoman’s effort in keeping the ball alive offensively. If you don’t put a body on him and he’s near the ball, he comes up with it.”

With Bynum attempting to come back from offseason surgery, Caracter is likely to see some significant playing time if he can continue to remain dominant on defense and snatching rebounds.

Caracter, the 58th selection in the NBA Draft, is looking more like a steal for the Lakers. He reminds me of DeJuan Blair, who was a second-round steal last year by the San Antonio Spurs.

However, Caracter’s offensive game is much more polished than Blair’s. Like Blair, Caracter looks like he will be a force down low for LA if he can continue to develop his skills effectively.

If Caracter can earn a roster spot on the team and play around 10 minutes per game as efficiently as Blair played for the Spurs last year, then the LA Lakers will have made a serious upgrade over backup power forward Josh Powell over the past two seasons.

4. Getting the Team in Playing Shape for the NBA Season 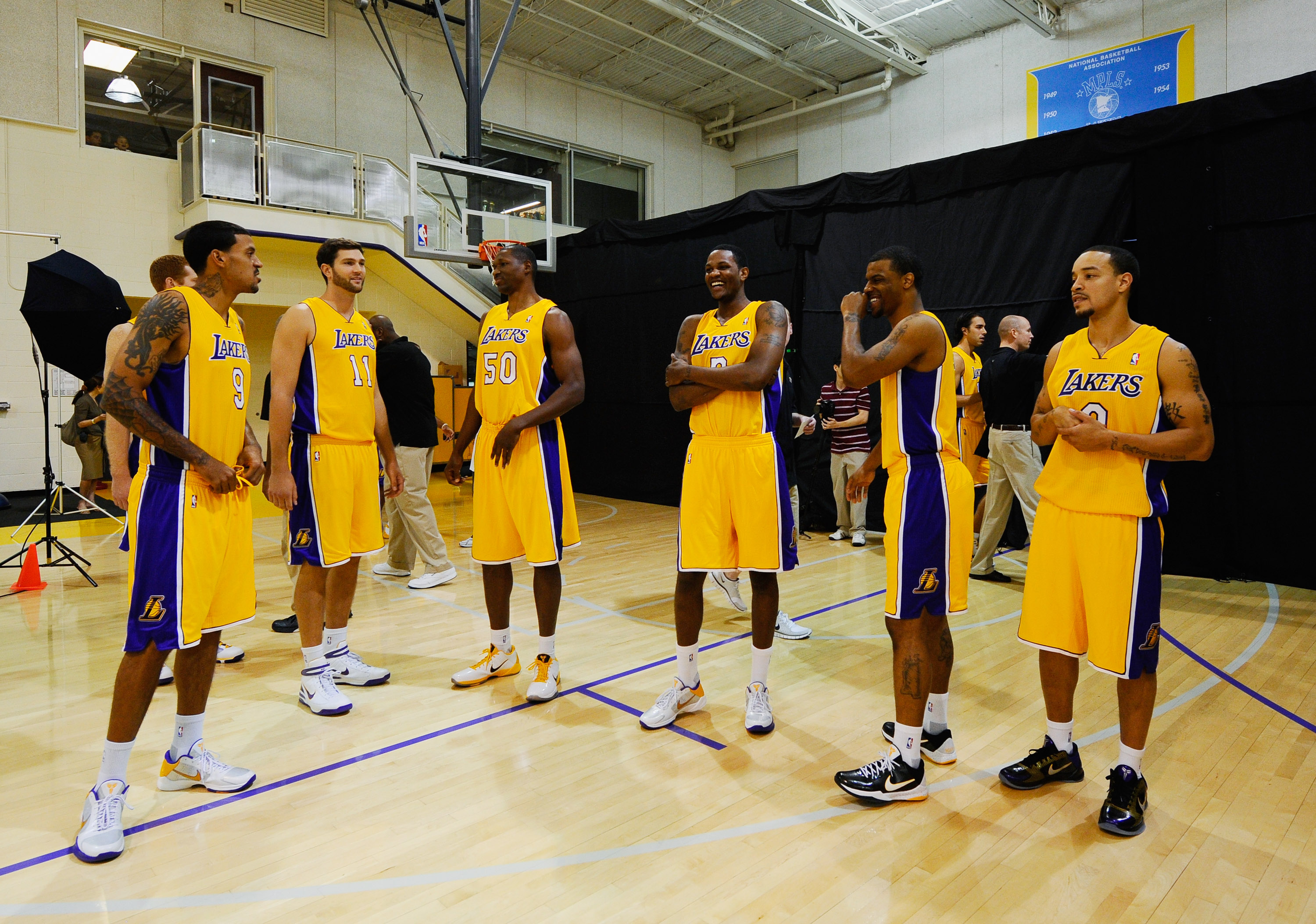 One of the most important goals for any NBA team during the preseason is to get all of its players into shape for the regular season.

Players often talk about how nothing can really prepare themselves for the stamina required for the regular season like playing in games.

Although playing time among the likely starters is usually reduced in the preseason, the exhibition games still present a great opportunity for the Lakers to build up stamina and get in game-ready shape.

5. Getting Theo Ratliff Ready to Man the Middle 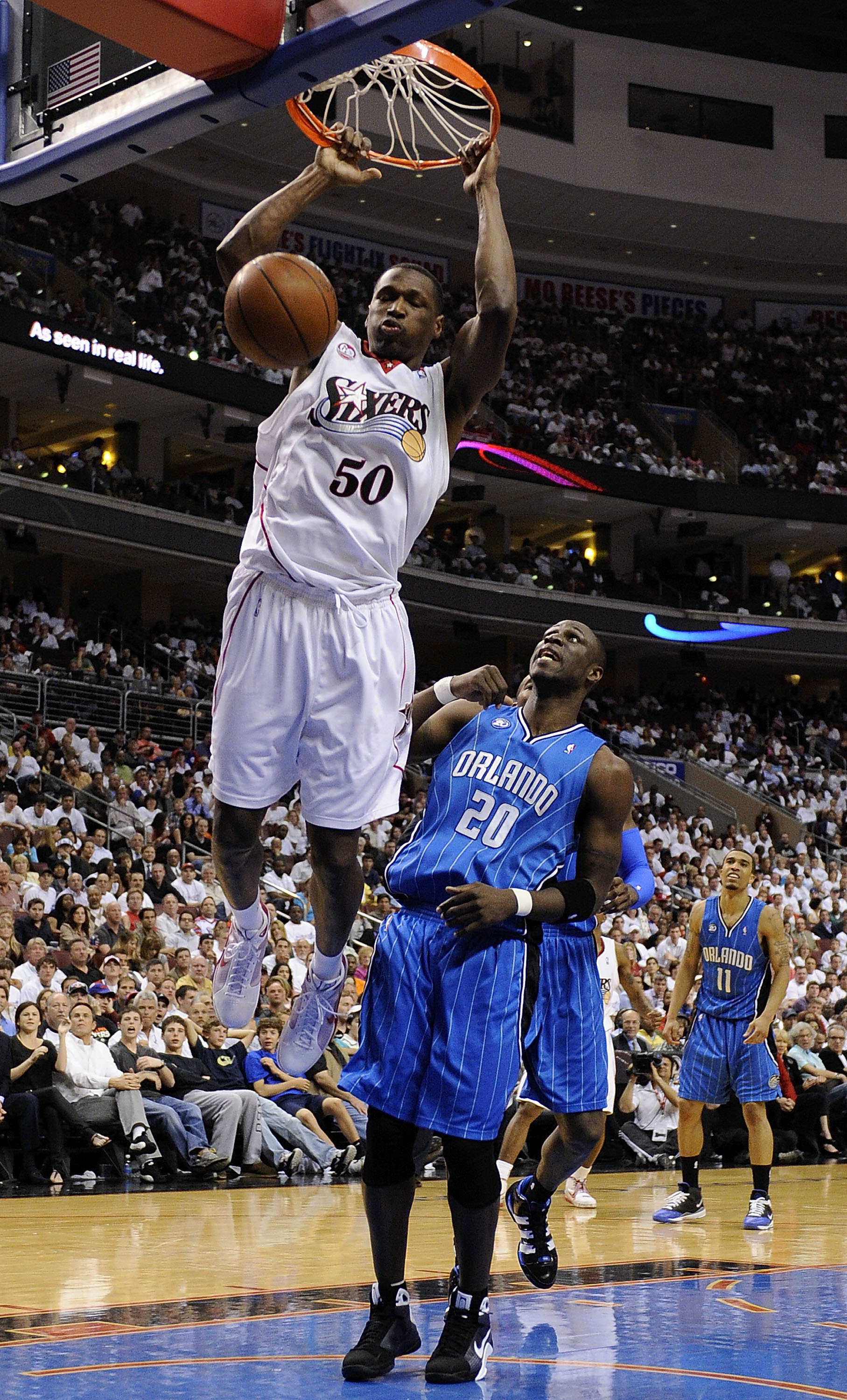 Theo Ratliff is an excellent pickup by the Lakers as a backup center and should be a major upgrade over D.J. Mbenga.

Ratliff has led the league in blocks three times over the course of his career, while picking up two selections to the All-Defensive Second Team.

Without a doubt, Ratliff knows how to play some serious defense and protect the basket.

With all the offensive weapons on the team, the Lakers will not ask for Ratliff to score a lot while he is filling in for the injured Bynum.

If Ratliff can play 20-25 minutes a game until Bynum returns, rebound, and play stellar defense, then the Lakers will remain a dominant team.

The main issue is that Ratliff is 37 years old, and the last thing Phil Jackson wants to do is wear him out before the playoffs begin.

Last year with the Charlotte Bobcats, Ratliff played 22.3 minutes per game in 28 games.

If Bynum is out until the end of November, the Lakers will need Ratliff to play extra minutes for 18 games.

6. Luke Walton Making a Comeback from His Back Problems 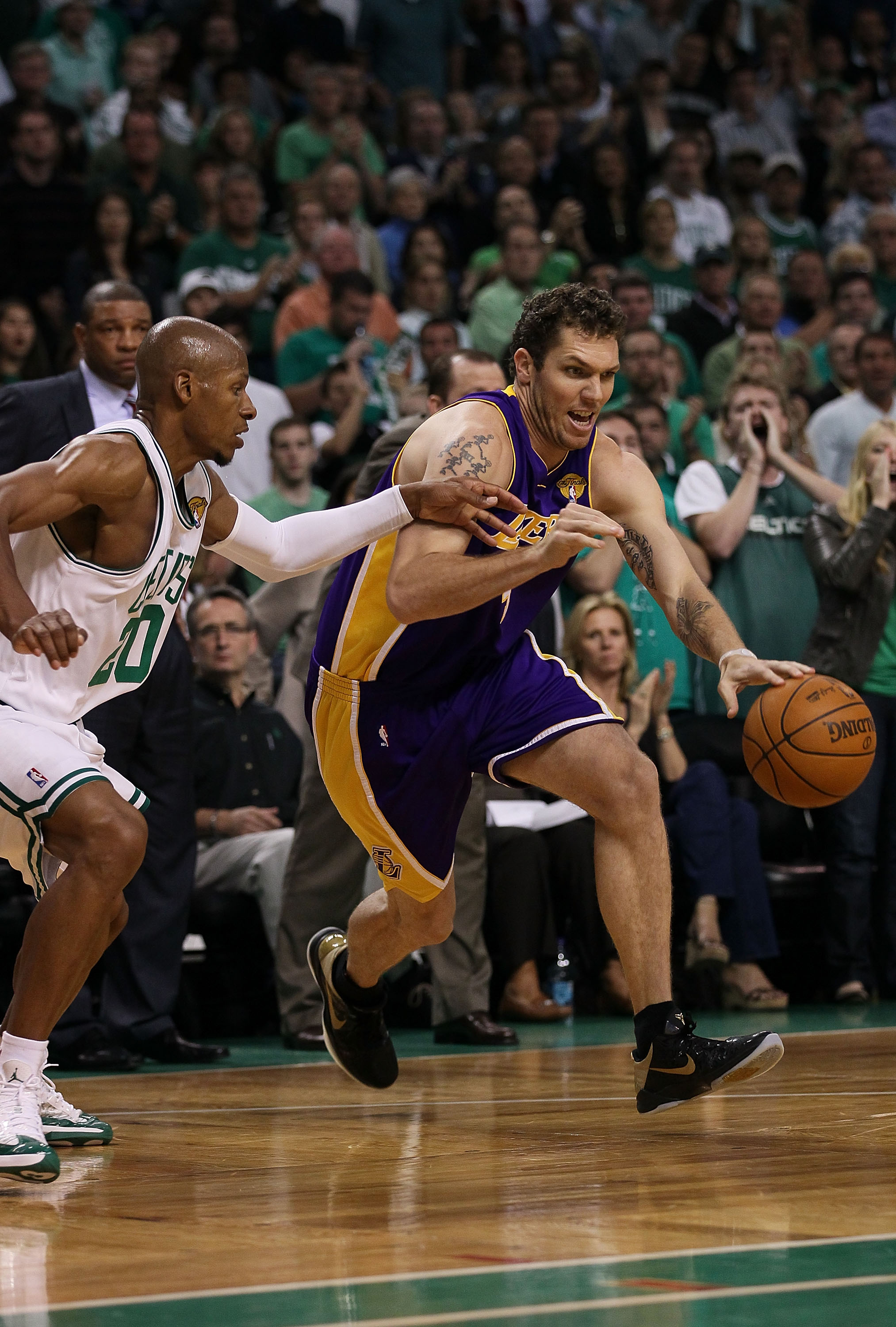 Last year, Luke Walton was kind of a joke among Lakers fans. While making his $4.84 million salary, he played in only 29 games due to back issues and averaged 2.4 PPG and shot 36 percent from the field.

Over the past few years, Walton has been plagued with injuries. His career is starting to look eerily similar to his father’s regarding injuries, except Luke Walton doesn’t have an MVP award in his trophy case.

Luke Walton has the ability to play well when healthy, and can help setup the second unit’s offense efficiently.

The good news is that Luke Walton has been participating in all of the practice sessions so far, and his back rehabilitation seems to have gone well.

Despite a recent hamstring injury incurred in practice, this should be just a minor issue heading into the regular season.

Although minutes might be hard to get this year, having Walton ready to go when Phil Jackson needs him will only add to the Lakers’ versatility.

7. Kobe Bryant Recovering from His Injuries 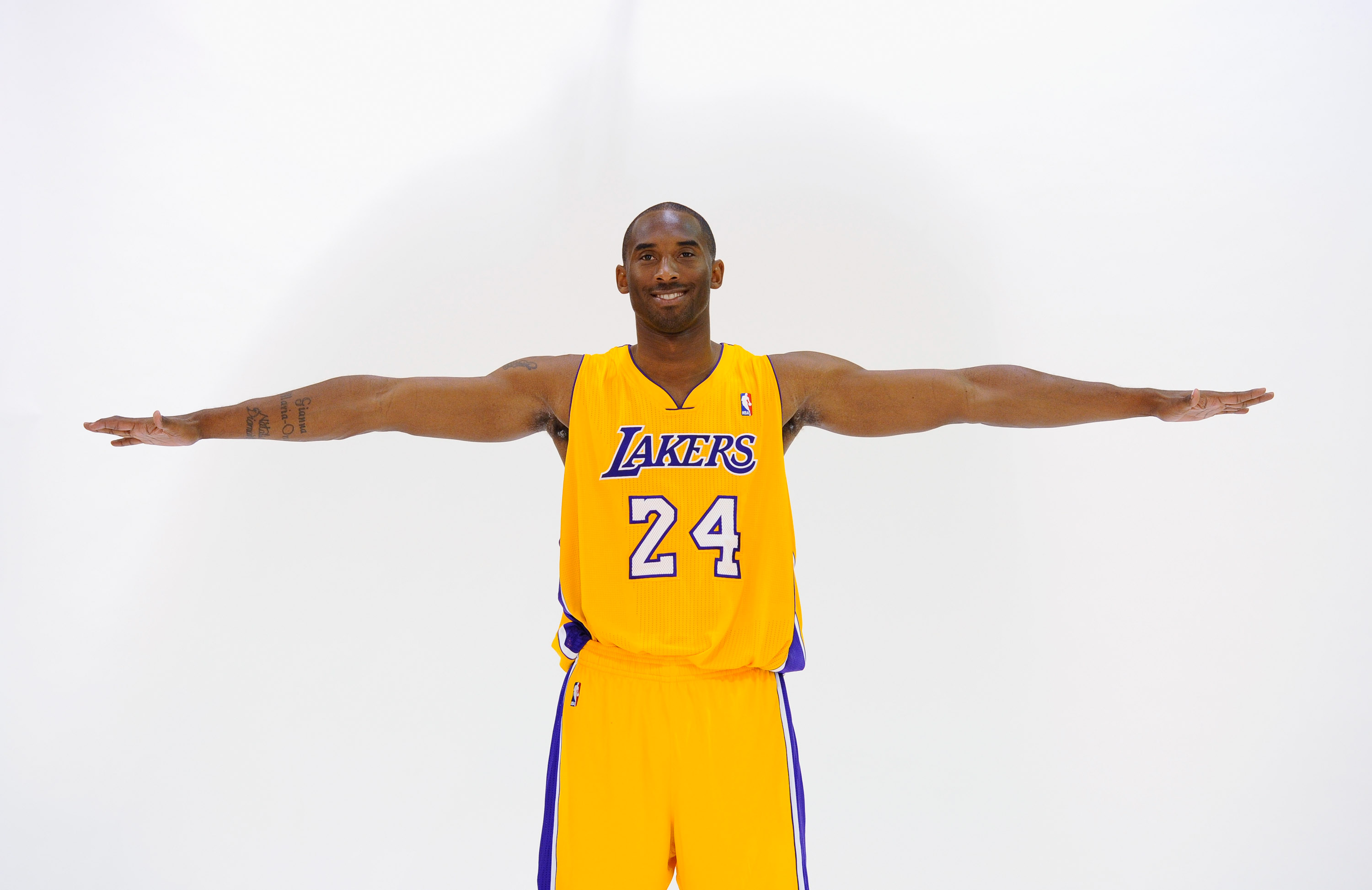 Kobe Bryant has played through some serious injuries over the past few years. Last year, Kobe suffered through injuries to his ankle, right index finger, and right knee.

While having to refigure his jump shot with a broken finger and getting his knee drained, Kobe put up an amazing playoff line of 29.2 PPG, 6.0 RPG, and 5.5 APG.

These are truly Jordan-like numbers, except Michael Jordan never had to deal with similar issues in title runs.

Imagine what Kobe would have averaged without these nagging injuries. When healthy, Kobe Bryant is the best player in the world.

The question is: how healthy will Kobe be this year?

On Saturday, Kobe completed just his second complete practice of the preseason.

Coach Jackson said there’s a chance Kobe could play about 10-15 minutes in each of the international games played in London and Barcelona.

Phil Jackson is smart enough not to push him too hard in the preseason.

With Kobe Bryant resting up this past summer, all indications seem that Kobe should be ready to go by the beginning of the season.

So Lakers fans, rest assured. And look for Kobe to have an extra chip on his shoulder after all the critics have proclaimed that he is too old and has too much mileage on his legs. 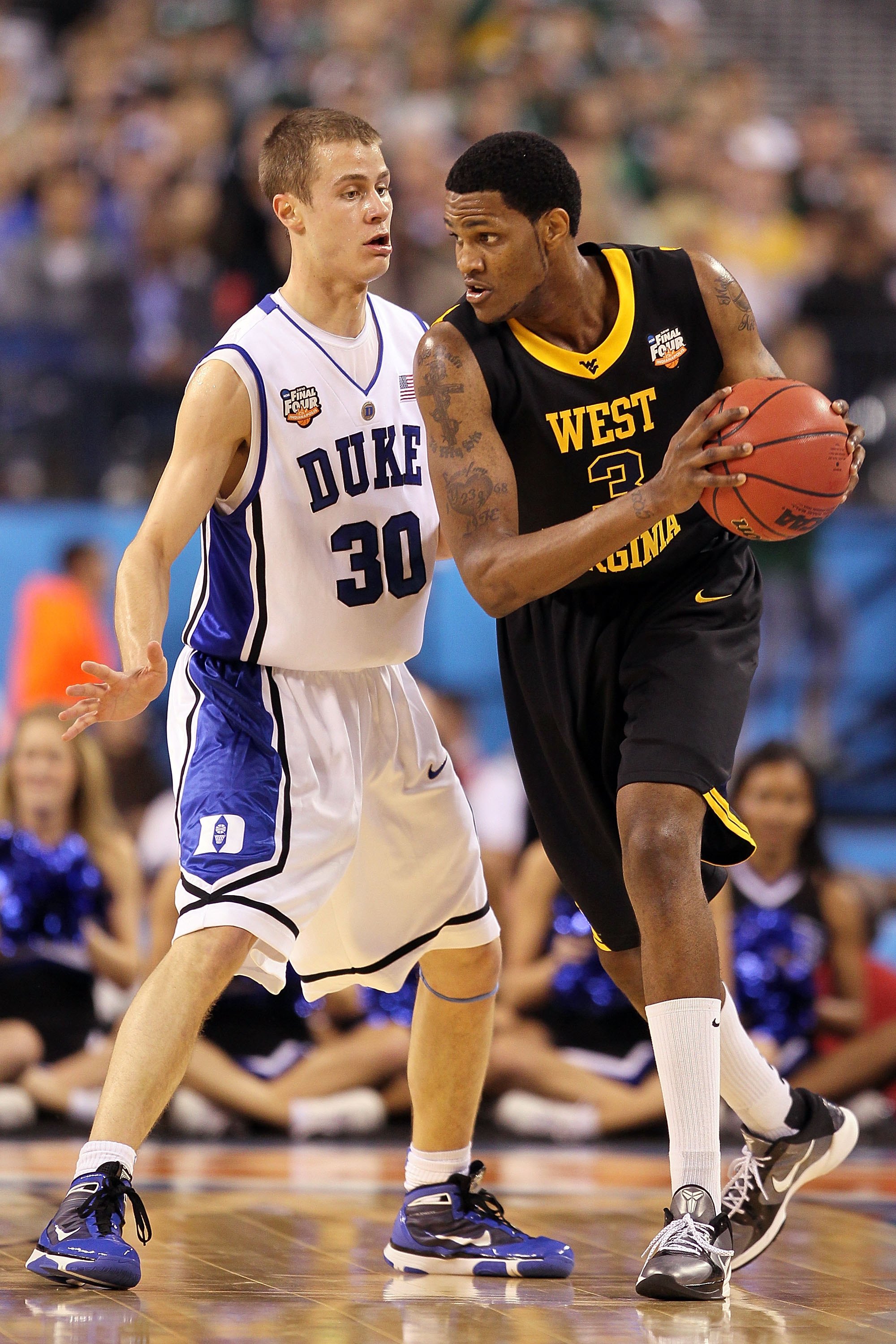 Like Derrick Caracter, Devin Ebanks was one of the top performers in the NBA Summer League and might turn out to be another steal of the second round of the NBA Draft.

Many people have compared Ebanks to Trevor Ariza. Not only does he wear the same jersey No. (3) and like Ariza, but Ebanks has athletic and defensive abilities that mirror Ariza’s game.

While having the potential to become a player as great as Ariza, Devin Ebanks may even turn out to be better.

Scouting reports have indicated that Ebanks has more offensive potential, sporting a signature turnaround jumper about 15 feet away from the basket.

The problem for Ebanks, like Luke Walton, will be finding minutes in the rotation to play.

The small forward position is a logjam for the Lakers, with defensive stalwarts Ron Artest and Matt Barnes sure to snatch up most of the available minutes.

In addition, Kobe Bryant and Lamar Odom can also play the 3 position well.

However, if the Lakers do well down the stretch, Ebanks should be given an opportunity to play and develop his game.

Not only is the team better off if Kobe is more rested for the playoffs, but also having a potent weapon off the bench like Ebanks would help solidify one of the best benches in the league.

9. The Lakers Adjusting to International Travels 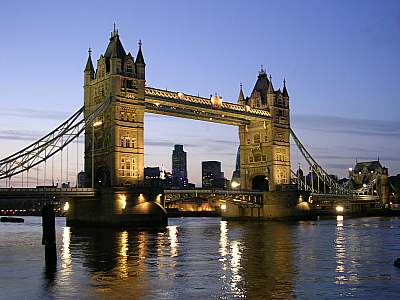 As part of the NBA ritual of playing preseason games in Europe, the Lakers have two games overseas.

On Monday night Los Angeles plays the Minnesota Timberwolves in London, followed by a match against FC Barcelona on Thursday.

Given that Kobe Bryant has the best selling NBA jersey in Europe, fans there are eager to see the reigning NBA champions play.

The matchup on Thursday is significant, because it puts the NBA champion team up against the European champions.

It also is intriguing because Pau Gasol will be playing against his former team in a city and nation that still adores him.

In spite of the excitement in these European games, the international travelling is hard on the players.

Europe is eight to nine hours ahead of the Pacific time zone in Los Angeles. Having made that trip myself several times, I know how difficult it is for the body to adjust.

In the end, winning the games overseas should not be the focus for LA. Instead, the coaches should focus on making sure all of the players leave healthy.

That way, the Lakers can continue to play through the preseason and fine tune their offensive and defensive sets.

I trust that the coaching staff will keep focused on what is important.

10. Determining How Many Players Will Make the Lakers Roster 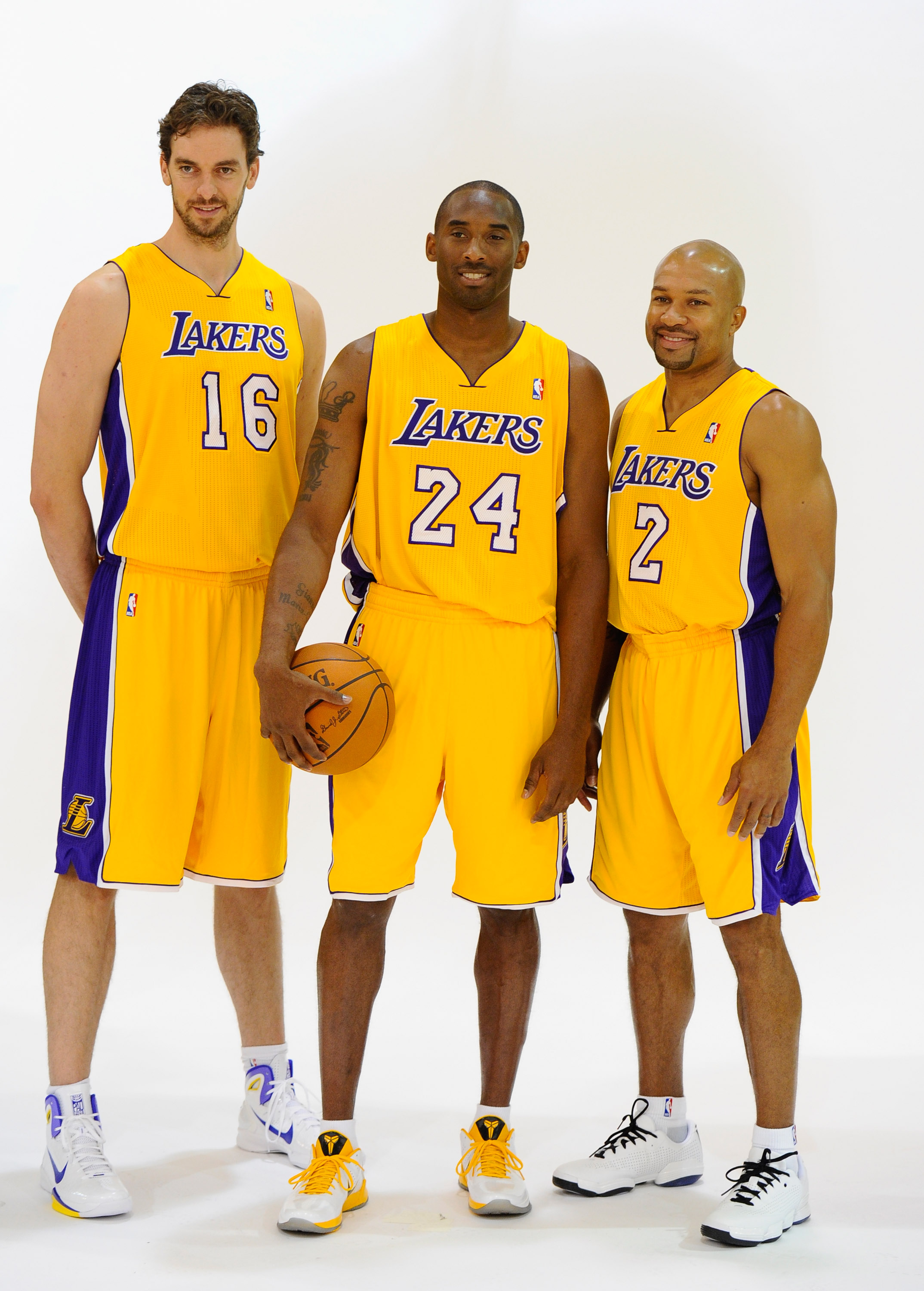 If both rookies make the Lakers team, then LA will have 14 players on its roster. Teams are only required to carry 13 players.

In one of the first preseason workouts, Mitch Kupchak mentioned in an interview that it was unlikely the team would sign any more players and get to the maximum limit of 15.

However, one player that may have a chance is center Andrew Naymick. Cleamons has been particularly impressed with Naymick’s work on the offensive glass.

Given Andrew Bynum’s injury that will cause him to miss some time in the early part of the season, Kupchak may feel inclined to sign Naymick to a 10-day contract to start the season for extra backup insurance.

Yet, even if this happens, two more players would have to be put on the inactive list. It is just hard to see the team making this move, given the talent and potential of the 14 players under contract.

While LA is likely to stick with just 14 players, these preseason games present an opportunity for Naymick to prove himself to the team.