The Top Eight Male Field Athletes of All Time 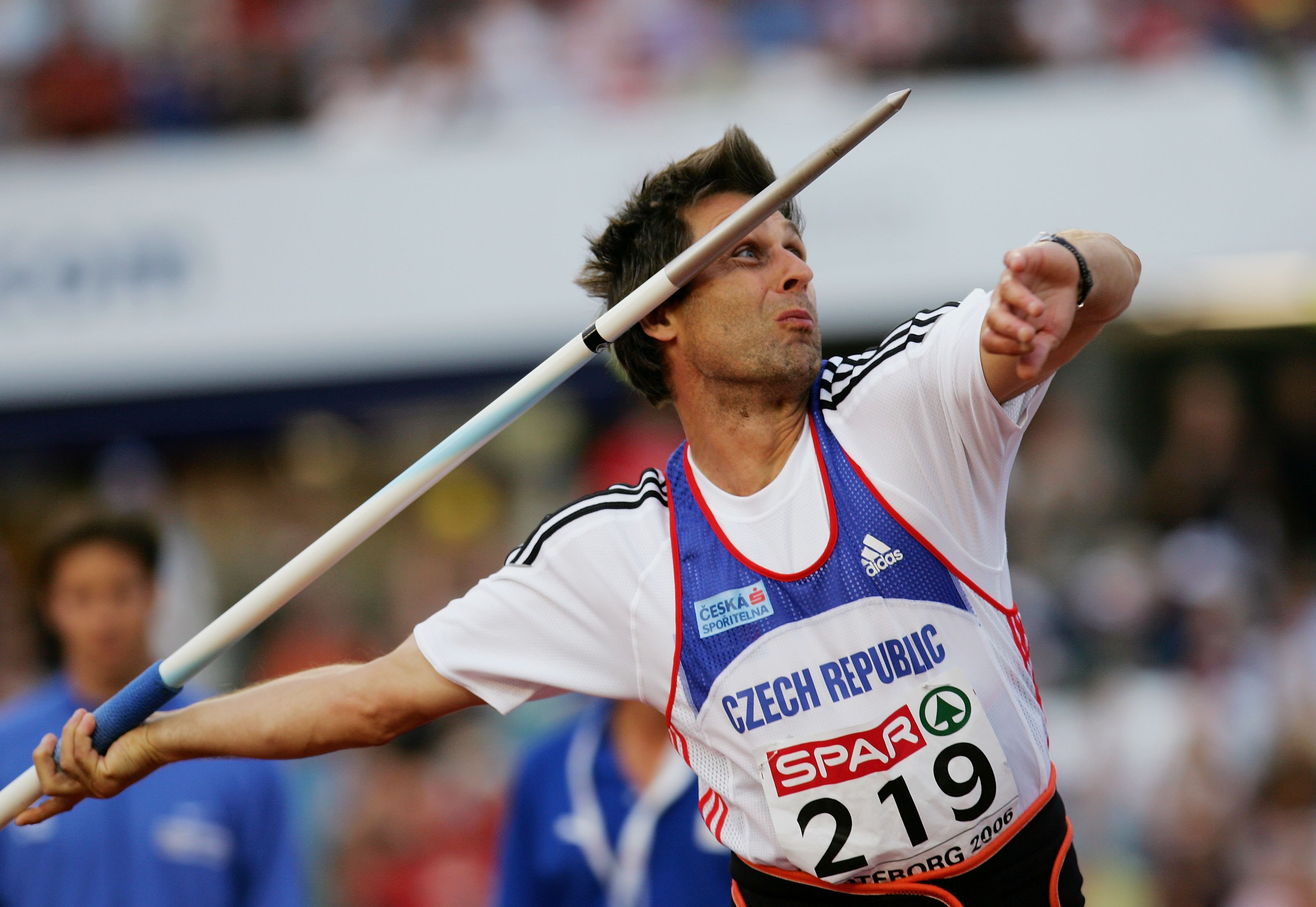 When asked I can tell people that I "ran" track in college.

The truth of the matter is the only place I ever ran was over to my cooler full of food. So yes, I'm a field guy, and I wanted to pay some tribute to the greatest athletes to dominate field events during the modern era.

Enjoy and feel free to let me know if you think I've overlooked someone. 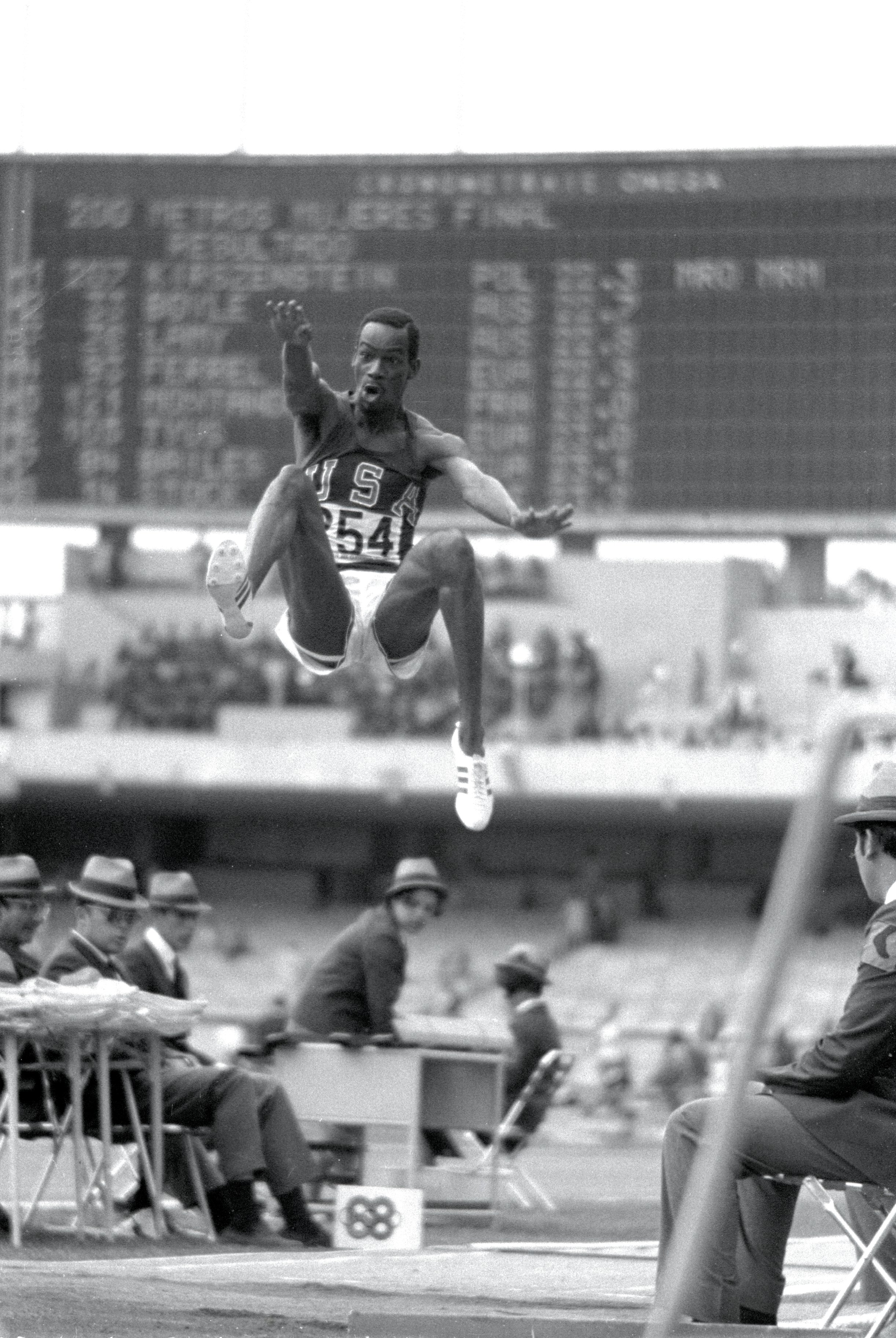 Man this is a tough one, but I had to go with American Bob Beamon. My reasoning is fairly obvious, gold medal at the 1968 Olympics and a world record that stood for 23 years is just staggering.

Mind boggling when you consider the influence of performance enhancing drugs. I will say that I also gave serious consideration to both Carl Lewis and Mike Powell. 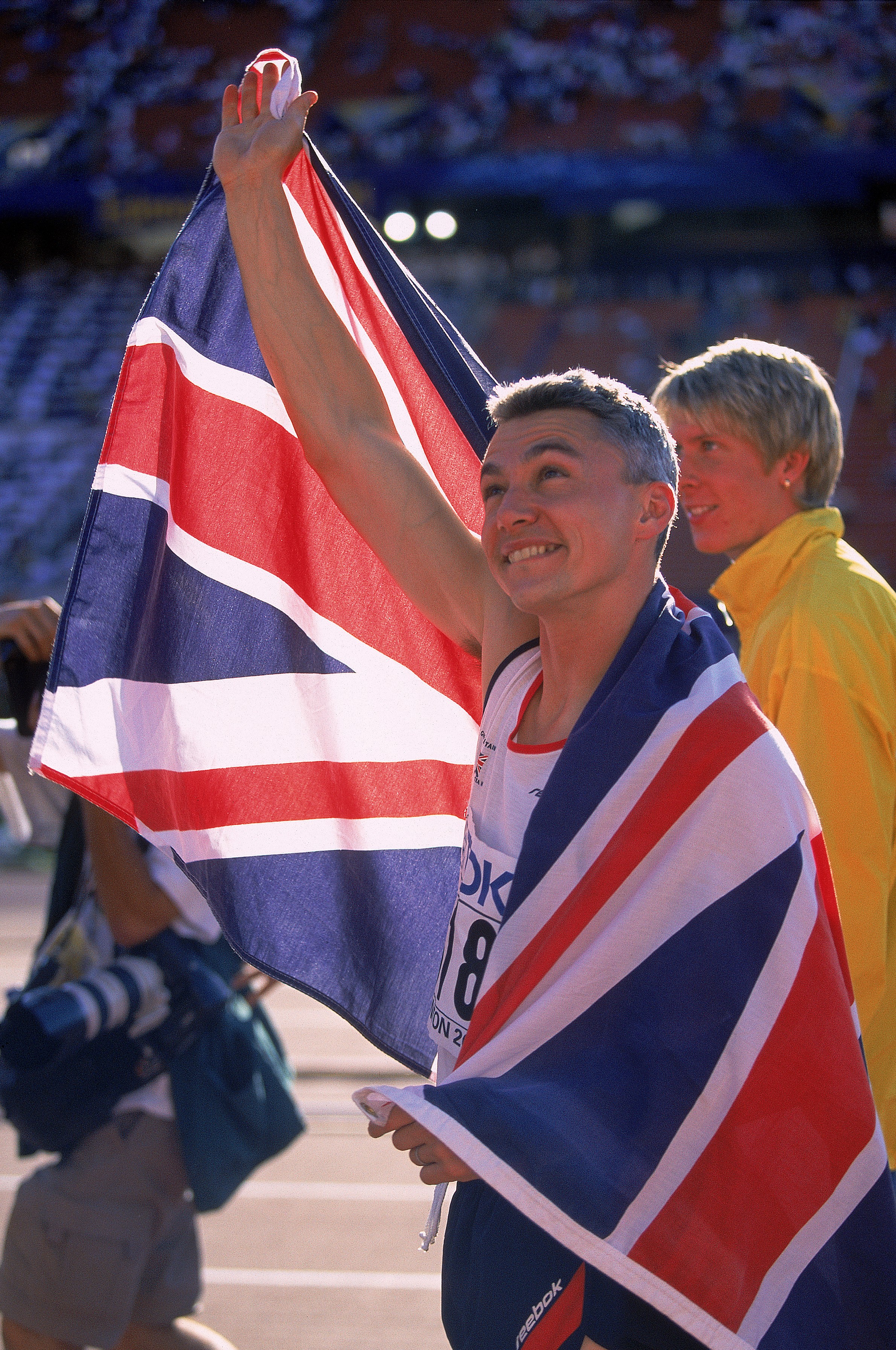 In 1995, Great Britain's Jonathan Edwards became the first man to break the 60-foot barrier. In 2002, Edwards completed track and field's equivalent of a Grand Slam. Adding to his Olympic gold medal from 2000 games, he won gold medals from the other three majors (World Championships, Commonwealth Games & European Championships).

He continues to own the current world record in long jump at 18.29m which he set back in 1995. 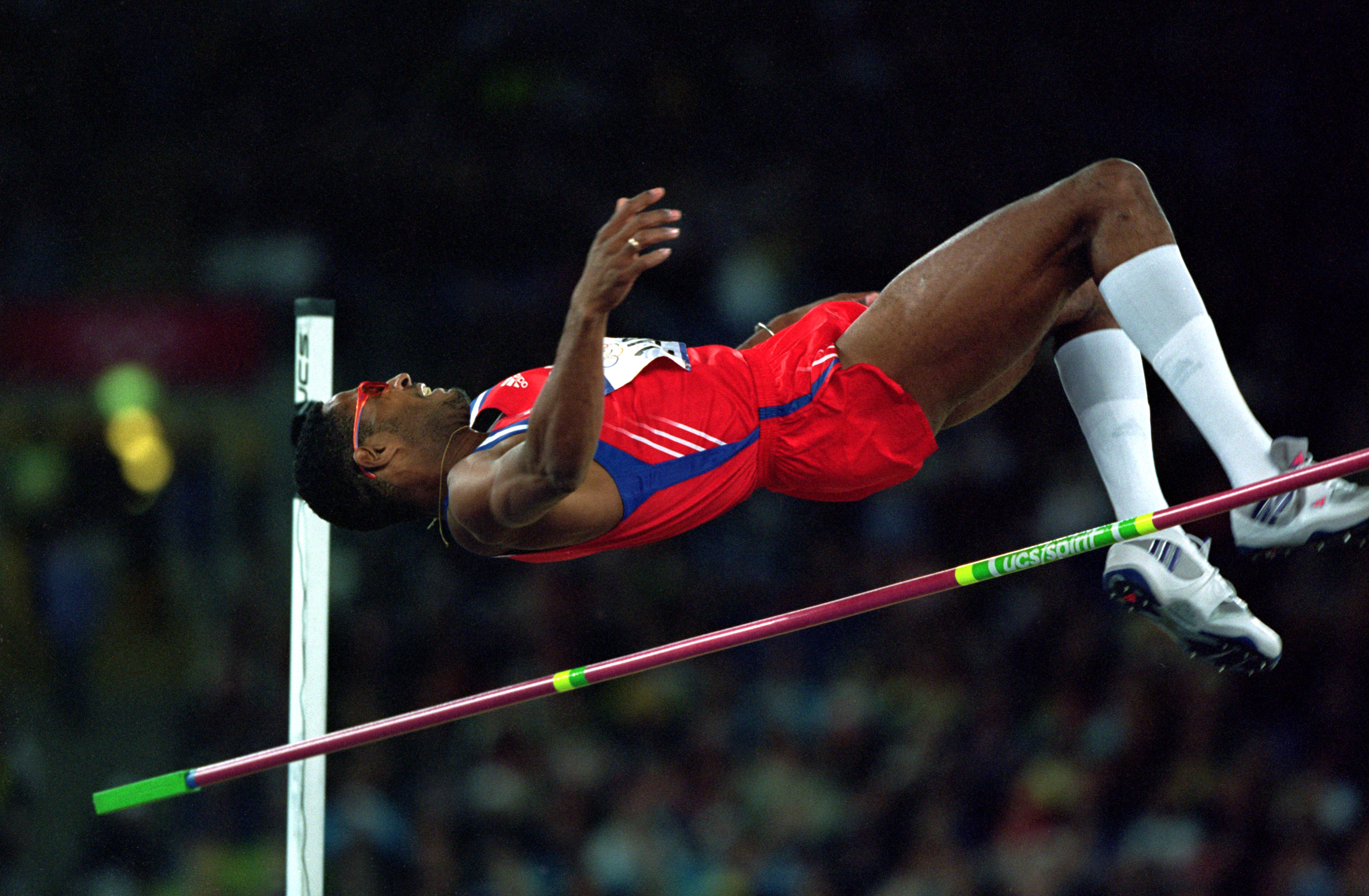 You could make some good arguments with the high jump. Dick Fosbury is obviously the most influential jumper. American Dwight Stones had a nice run, albeit with limited Olympic success, during the 1970s.

However, when you consider the total body of work, nobody can touch Cuba's Javier Sotomayor. It is too bad that Sotomayor's career had to have been influenced by politics with Cuba having boycotted both the 1984 and 1988 Olympic games. When he did have his next chance at the games in Barcelona (1992) he took home the gold. 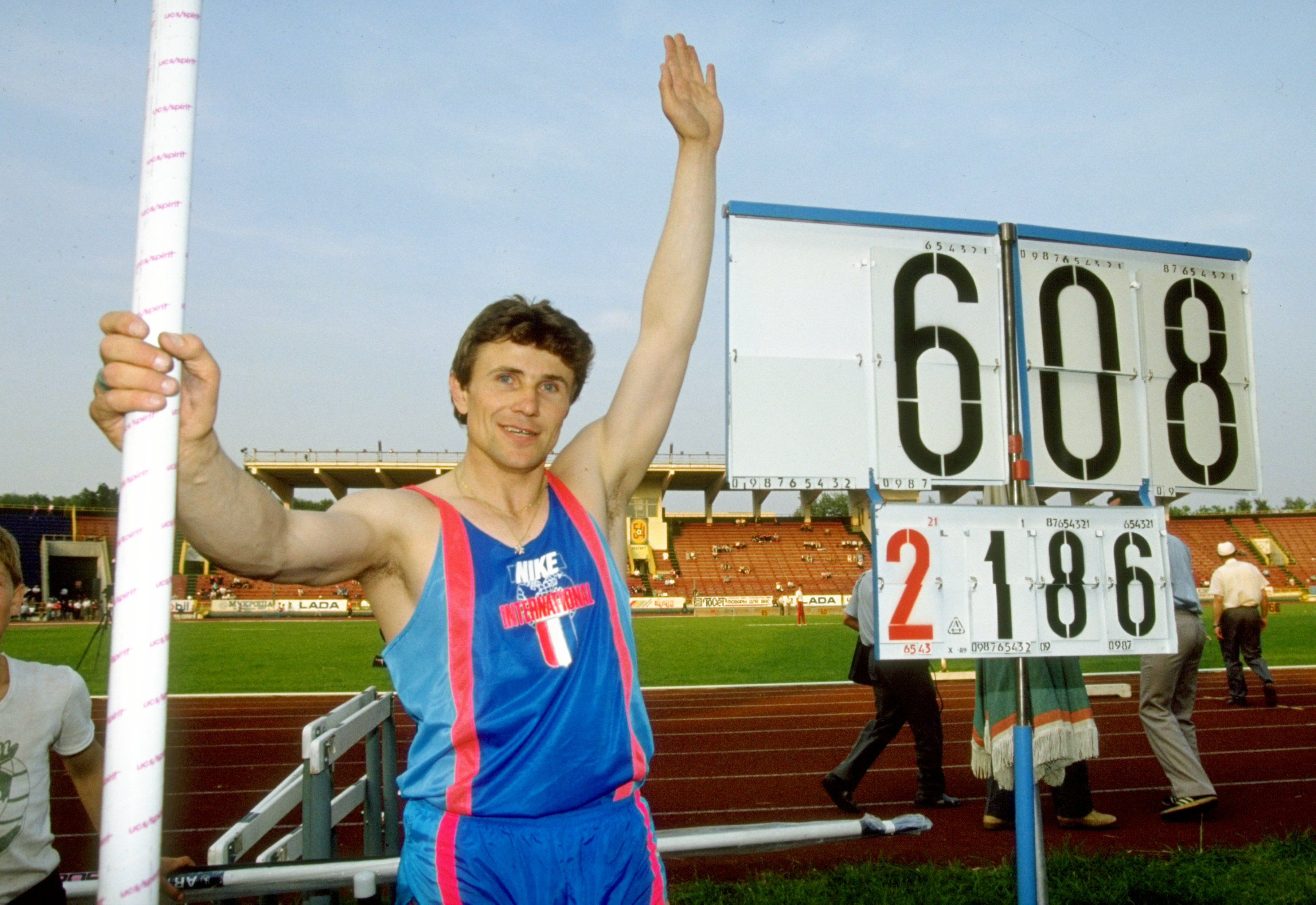 When I started writing this article I didn't realize just how dominante Sergey Bubka was. While competing for the former Soviet Union and eventually Ukraine, Bubka was the first man to clear 6.0 meters, and still to this day the only man to have cleared 20 feet.

Bubka was six consecutive World Championships rom 1983 to 1997. While his Olympic career could best be described as unlucky, he did win an Olympic gold medal at the Seoul games in 1988.

Beyond the records and medal counts his lasting contribution to the sport was to change the technical model of vaulting - driving the pole up rather than bending it at the plant. 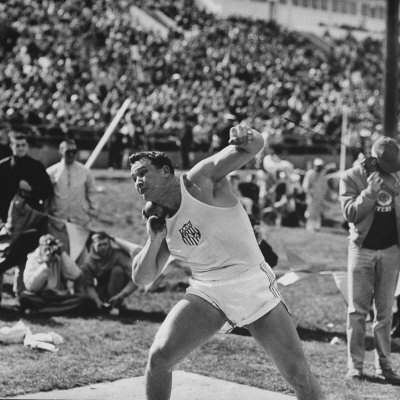 Thought I was going with Randy Barnes here?

Before the spin there was the glide.  Over the years the United States has produced a long list of the world's top shot putters, but for the past 50 years you can trace them all back to Parry O'Brien.

Before O'Brien, shot putting looked much like today's warm up throws with just a hip turn and foot switch. O'Brien's lasting legacy was the invention of the slide technique - where you start the throw facing the back of the circle and rotate 180 degrees during the throw. 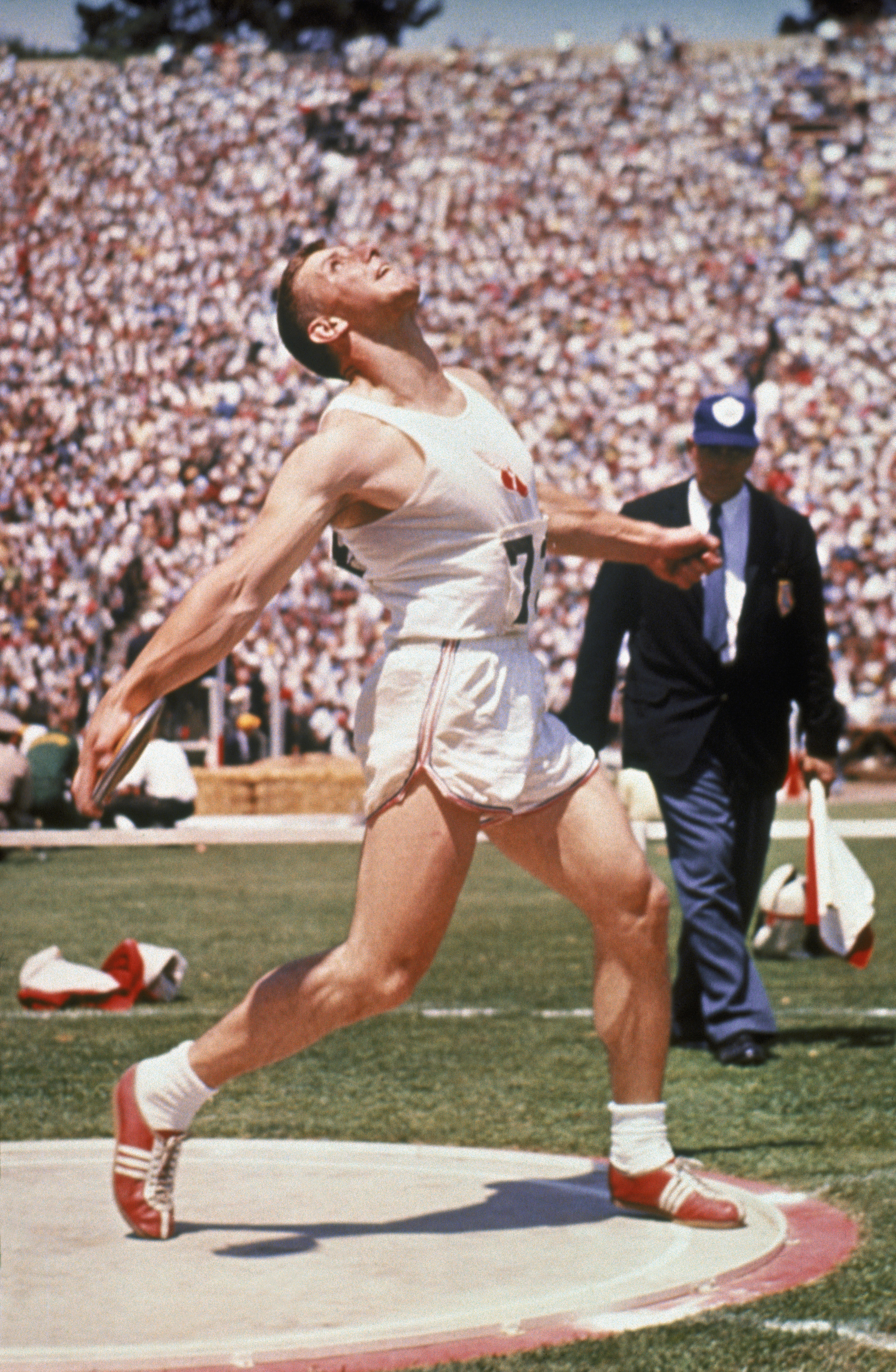 Talk about a freak of nature. Accomplishments aside, American discuss thrower Al Oerter would be a legend based only on his longevity. He won Olympic golds in four consecutive games from 1956 to 1968.

It gets better. In 1980 at the age of 43, Oerter finished fourth and just missed qualifying for the Untied States Olympic team.

DId I mention that he won his third gold at the Tokyo games with torn rib cartilage that prevented him from taking his last throw? 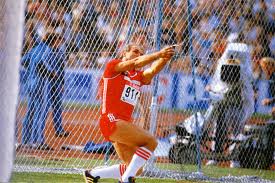 This was another tough one. I think you could have made an argument for Belarusian Ivan Tikhon in another year or two had it not been for his doping suspension. Then again it is probably fairly safe to assume that the athletes from the old USSR weren't doing it by eating their Wheaties.

At the end of the day I decided to go with the Soviet (Ukranian) Yuriy Sedykh. Sedykh won Olympic golds in Montreal (1976) and Moscow (1980). He added to his collection with a silver at the Seoul games in 1988.

Had the Soviets not boycotted Los Angeles in 1984 he may vey well have been a three time Olympic gold medalist. 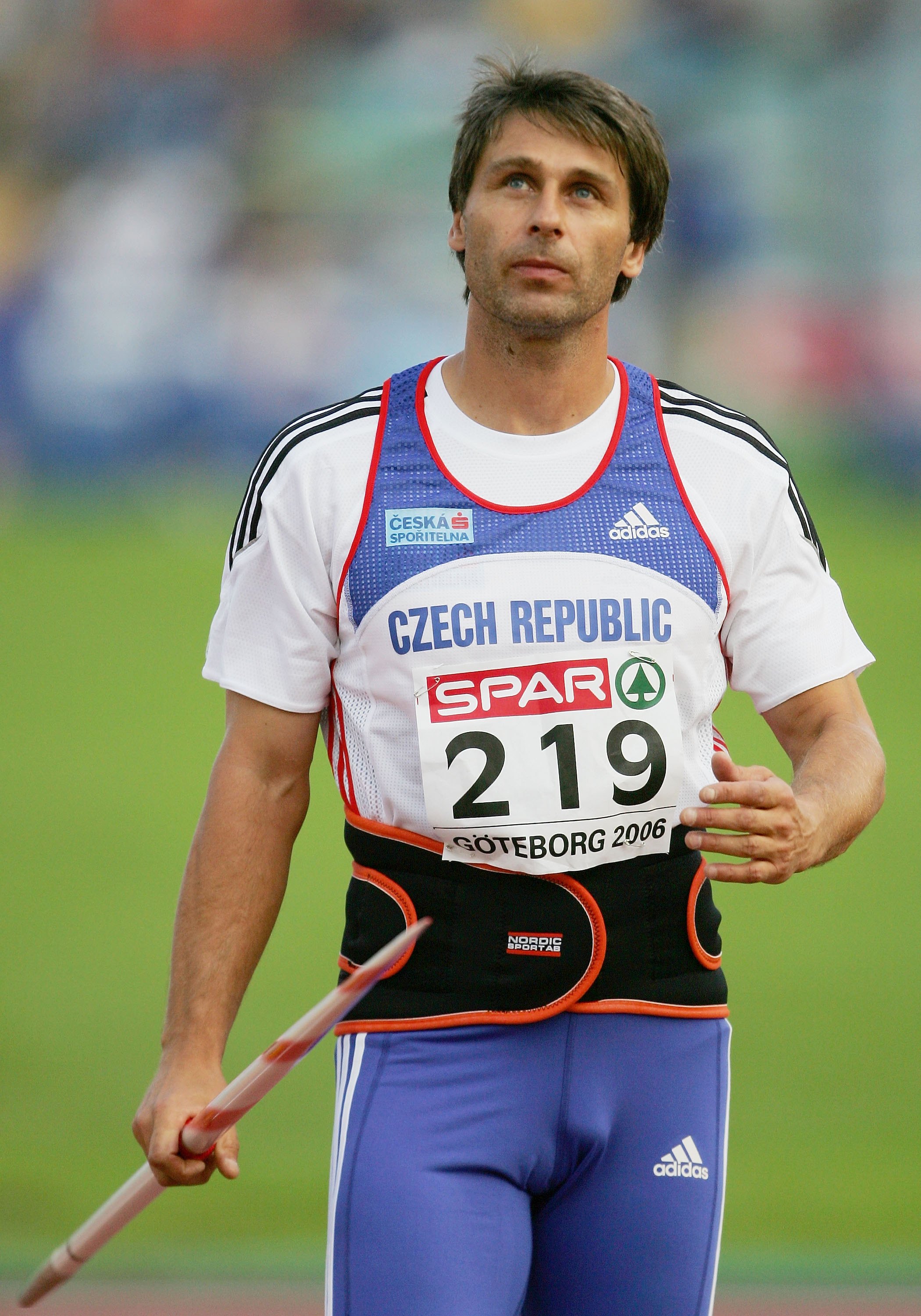 The Czechoslovakian has held the world record since 1996 with a mark of 98.48 metres. That's 323 feet, for all you kids out there.