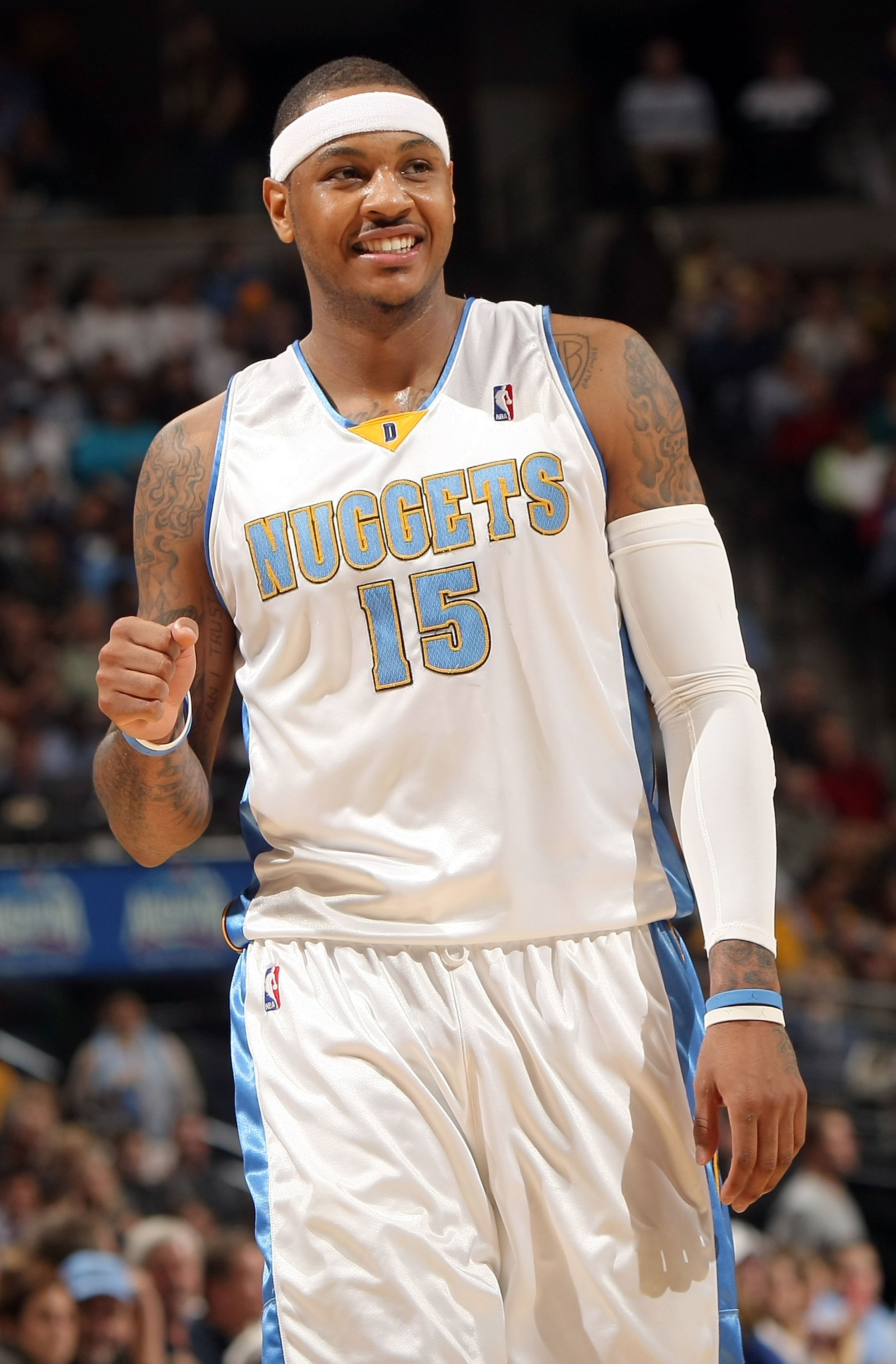 Nuggets fans don't want to see Melo leave, neither do these other players' fans.Doug Pensinger/Getty Images

Yes, the NBA is part of the American professional sports landscape.

Fans understand that it’s a business—owners, the league, and players are all intent on making money.

Carmelo Anthony, the Nuggets’ franchise player, is also a fan favorite in Denver, and a reason the team has gained popularity throughout the country.

He’s a bona-fide star, one of the NBA’s top 10 players to be sure, and the people of the Mile High City do not want to see him leave.

The most recent news about 'Melo came yesterday, as the Nuggets announced that they are now open to listening to possible trade offers for the star that hasn't signed his three-year $65 million contract extension offer.

Like 'Melo, there are others around the league that have the option of fleeing their current cities for contemporary contracts.

For many fans, this is a worst-case scenario, as most of these teams are better with these stars than they would be without them.

Note: These players’ contract situations, (shown in parentheses), are for the 2011-12 season. ETO= Early Termination Option. 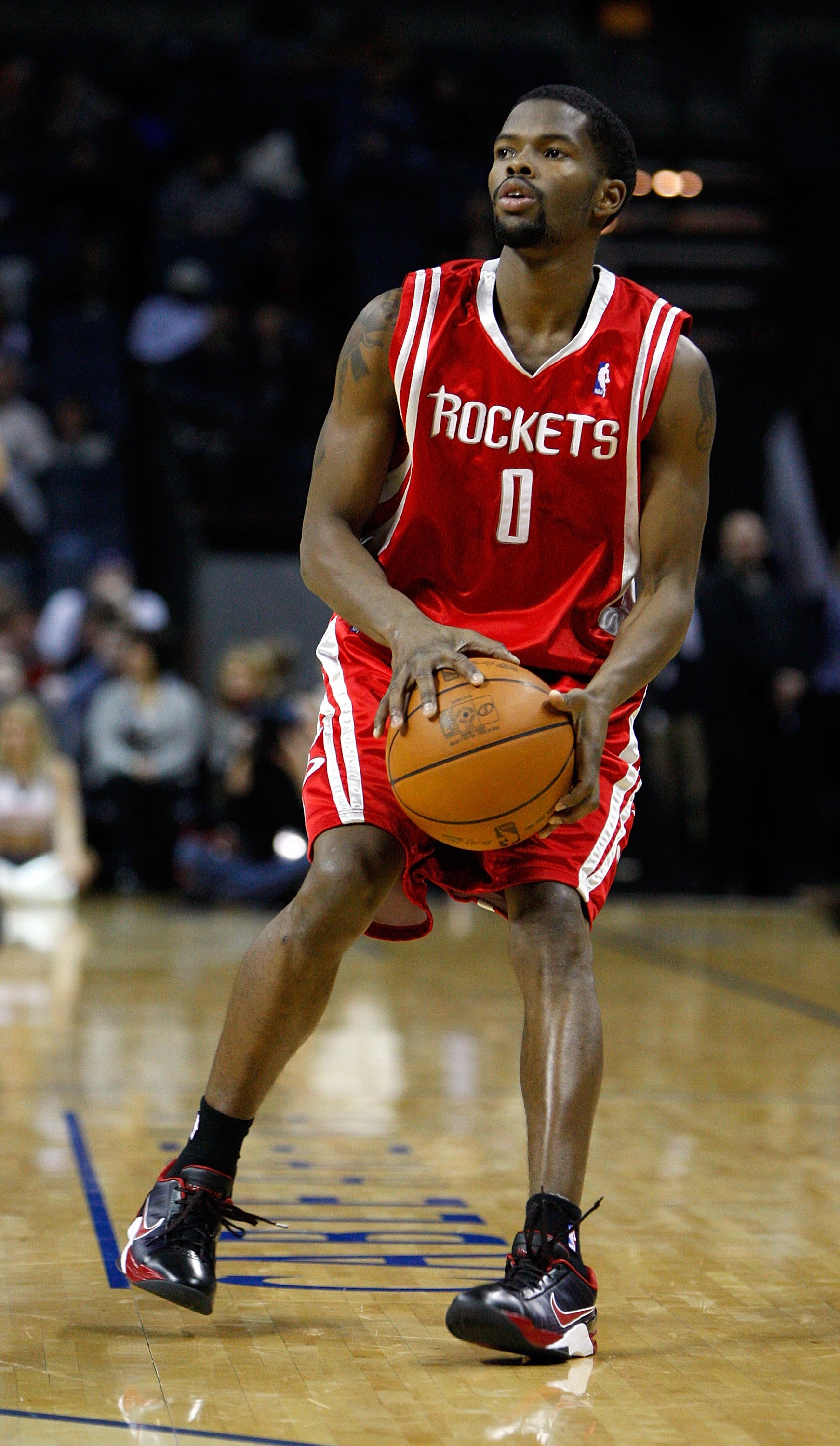 Aaron Brooks can shoot with the best of them and he's shown he can lead a team as well.Streeter Lecka/Getty Images

Brooks has lived up to the hype and shown he has more than potential to be a great player. In his three years in the league, he went from 5.2-19.6 PPG, has increased his assists by 3.6 per, while shaping his entire all-around game in the process.

Brooks started every game for the Rockets at the point last year and has shown he is unquestionably their point guard of the future.

He’s only due to make $1.1 million this upcoming season, and he surely knows at this point that he is worth more. If he doesn’t sign before next summer, Brooks will almost certainly test the market. And while the Rockets will be able to match any offer, the lure of a new team and new teammates may be enough to lure him away from Houston.

Of course, Rockets fans want him to stay and the team could sidestep a potential problem by signing him to an extension soon. 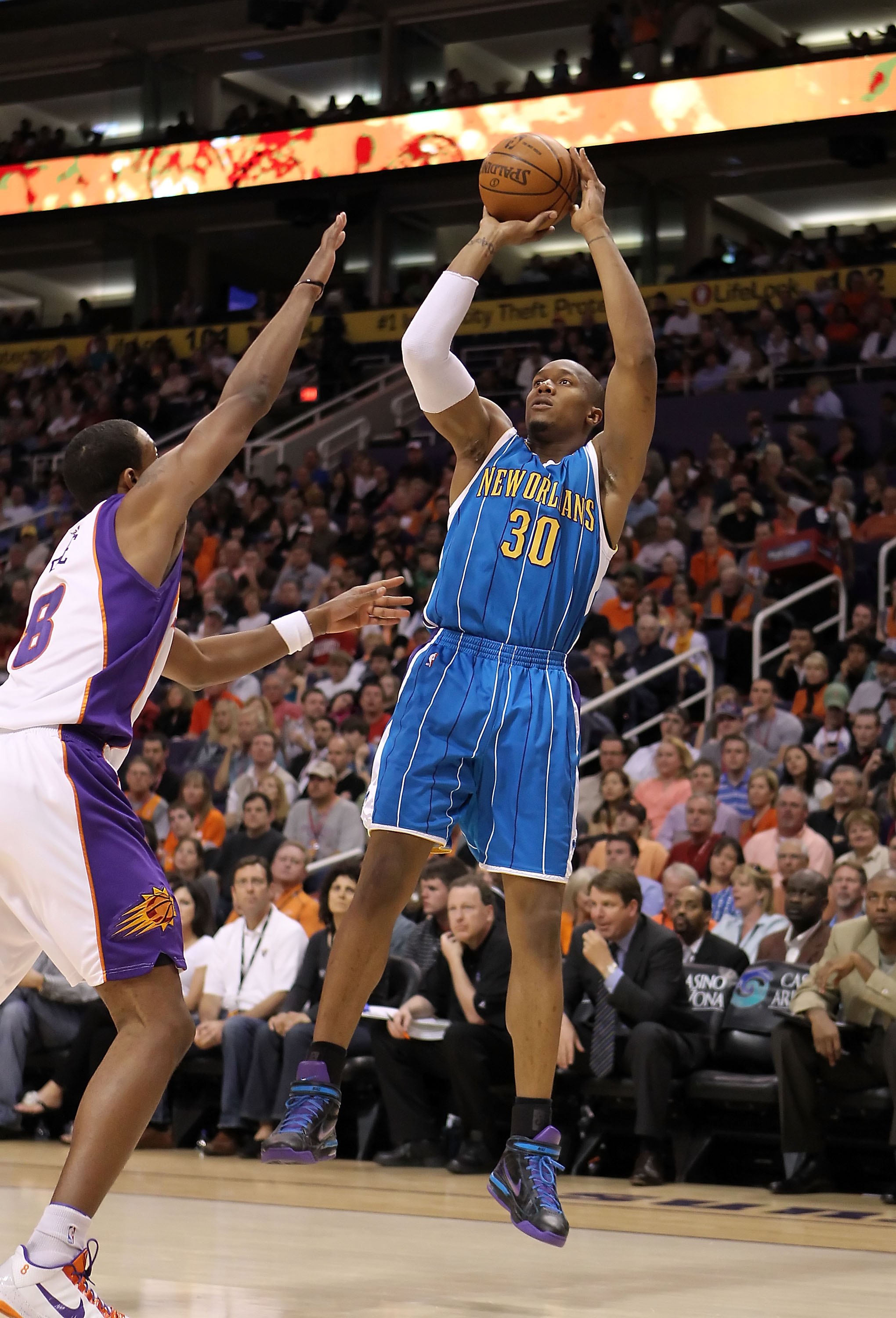 David West is an unsung star in the NBA, someone the average fan doesn’t hear a lot about.

West has the ability to make jumpers from the free throw line and is comfortable shooting from the elbow. He’s also a strong presence under the hoop and in the post. West’s numbers actually went down last year (19 PPG, 7.4 RPG), but at seven years a veteran, he’s still got years left to continue playing in his prime.

Earlier this summer, it sounded as if Chris Paul would be leaving the Hornets, a move that would have devastated New Orleans fans, but losing West would be the next worst thing as he’s their second best player.

West could opt out of his contract early in 2011 and test the market, if he does, many teams will come calling. 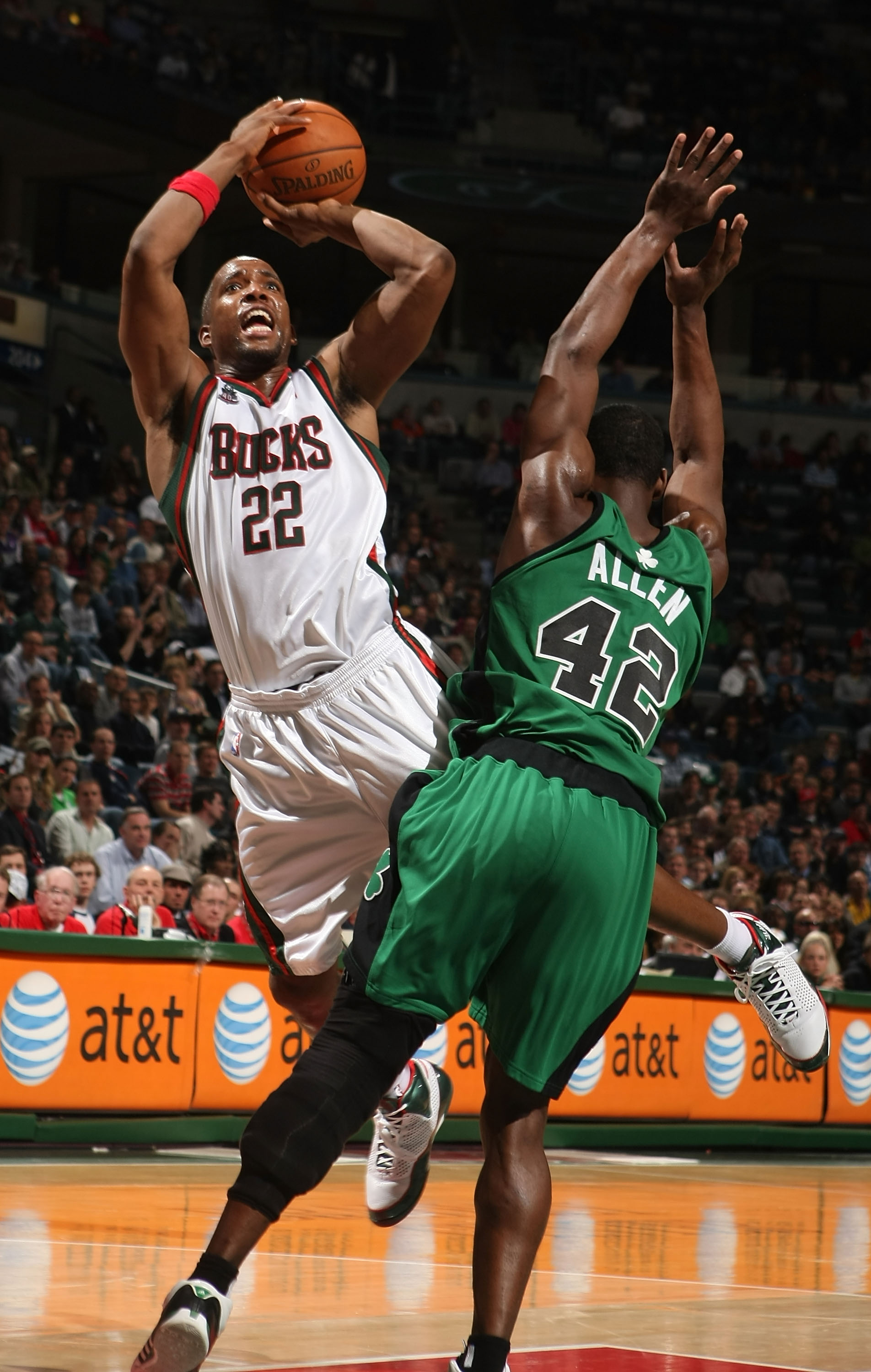 Michael Redd is flat out one of the best shooters in the NBA today.

The 10 year veteran, who’s spent his entire career in Milwaukee, knocks down 38.4 percent from behind the arc and has averaged 20.3 PPG over his career. He was an NBA All-Star in 2005 and part of the 2008 Redeem Team that brought the gold medal back to the US in basketball.

But now, not only is there a question of where he will play in 2011-12, there’s also a question of if he will be able to play at that high a level again.

Redd has been put through two major knee injuries and surgeries in the last year and a half, and it’s been reported that he may not be back until February 2011.

So, as he enters the final year of a huge contract, it may mean that Redd is even more likely to be leaving town as part of a trade.

Which in the end, will be sad for Bucks fans as Redd has been nothing but loyal to Milwaukee, and he’s been their best player for years. 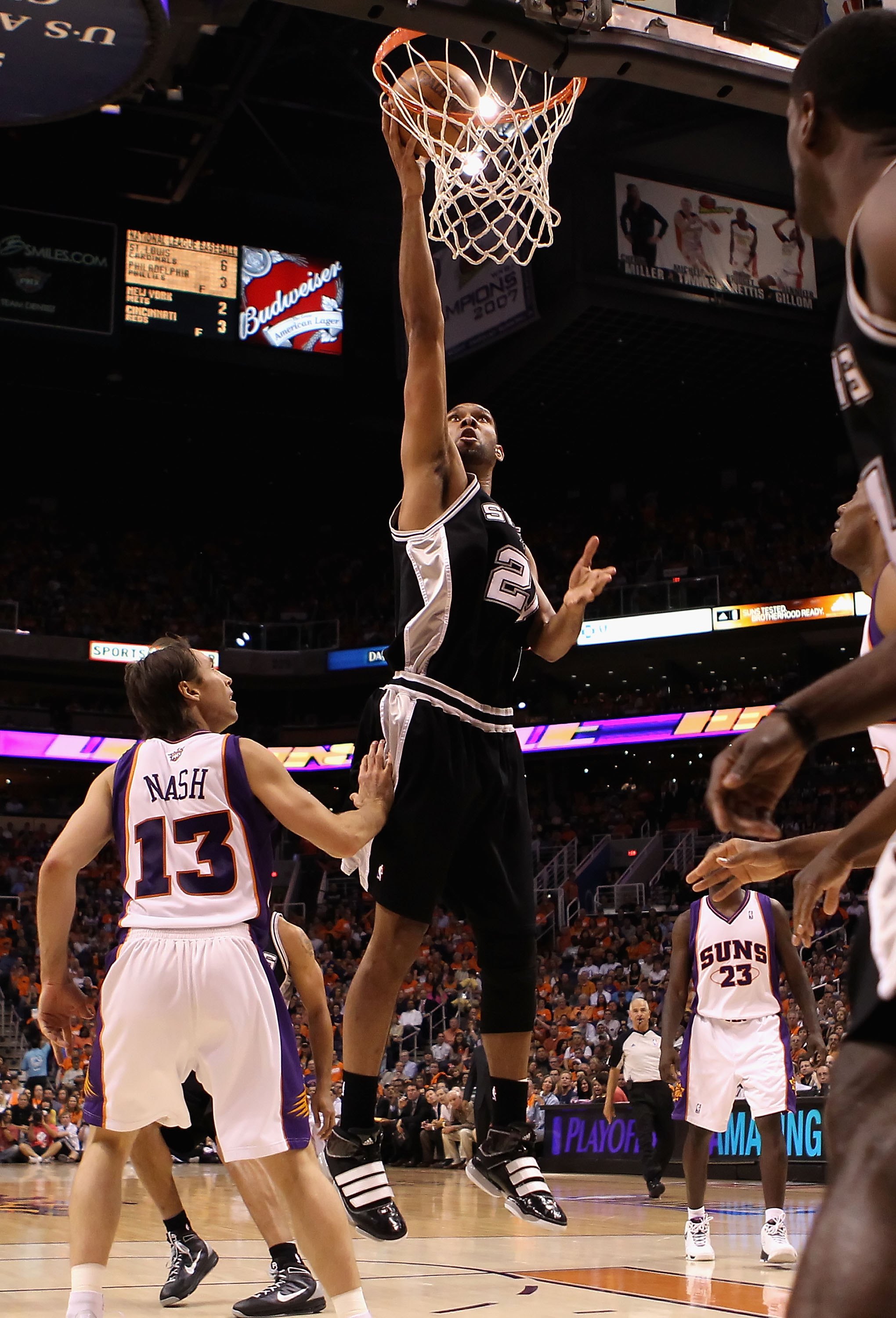 Sure, it’s unlikely that Duncan will leave San Antonio, his NBA home for 13 seasons, but stranger things have happened.

It’s no secret that Timmy is aging, and with his elderly status has come statistical decline for Duncan. His 17.9 points and 10.1 rebounds per game were both career lows in either category for the great power forward, although they are still respectable.

Even as he ages, Duncan would still be an asset for lots of teams in the NBA, and there may be a run on him in the summer of 2011.

Imagine how heartbroken San Antonio fans would be if Timmy were to leave the Spurs. They absolutely want him to stay in southern Texas. 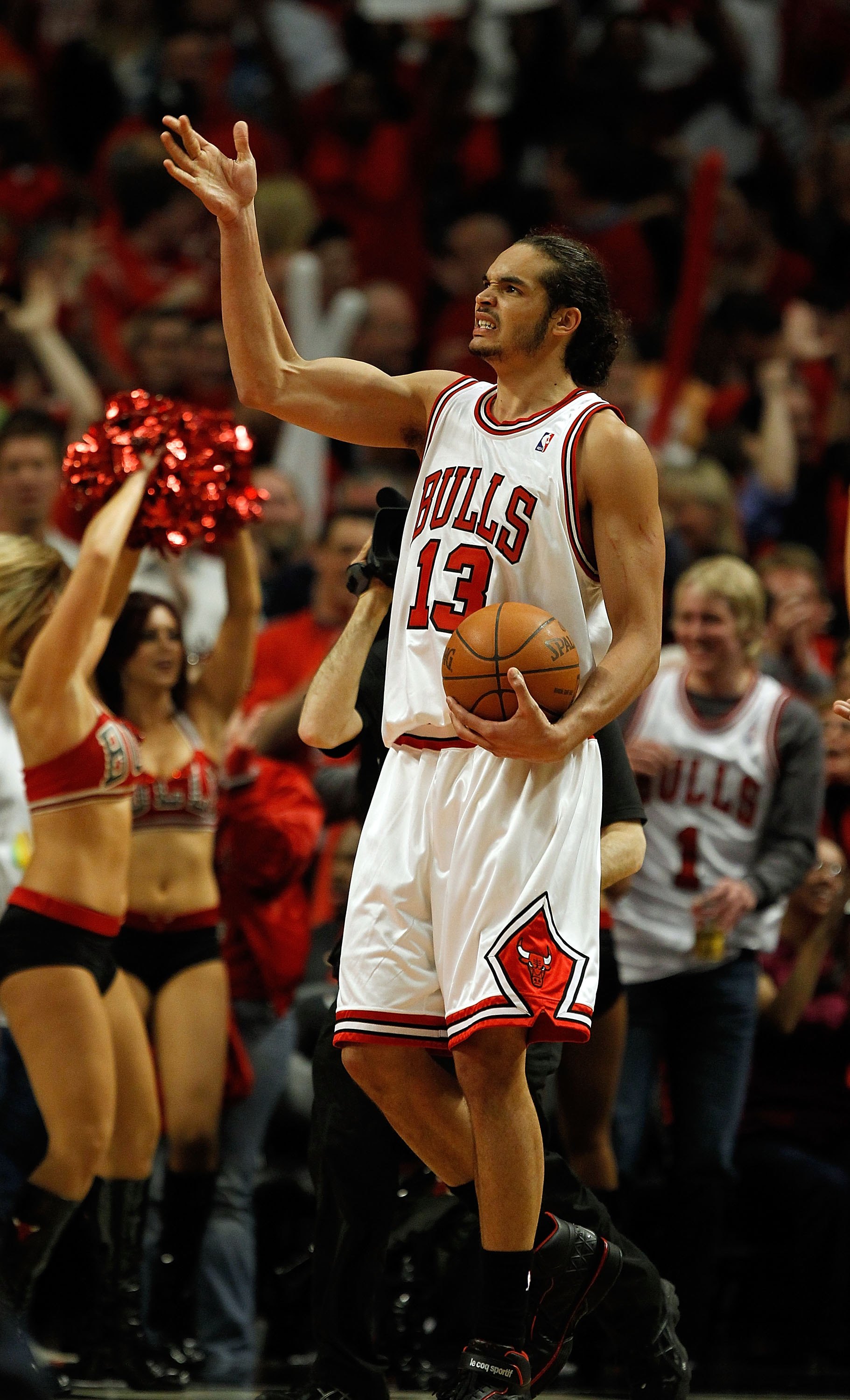 Joakim Noah blows a kiss to his adoring fans in Chicago.Jonathan Daniel/Getty Images

Noah is one of the best young centers in the league today.

Running with teammate Derrick Rose played to his benefit the last two seasons, and many believe the Bulls will be a consummate contender in the East with newly acquired Carlos Boozer.

But losing Noah would definitely be detrimental to the Bulls, as he’s shown an absolute ability to improve as a player. And the fact that center is certainly a commodity in the NBA today makes him even more valuable.

Even with the prospect of bringing in Carmelo Anthony in return, Bulls fans were not in favor of their young center leaving Chicago.

Rich Kurtzman is the Denver Nuggets and Denver Broncos Featured Columnist for B/R, and is also the CSU Rams and Fort Collins Beer Bars Examiner for examiner.com and the Colorado/Utah Regional Correspondent for stadiumjourney.com.