With the season just around the corner, I gathered some interesting facts and unique history belonging to the top 25 teams ranked in the opening coaches' poll.

No. 1 Georgia: Before the Bulldog became Georgia’s now famous mascot, their first unofficial mascot was a goat.  That’s right—when Georgia played its first intercollegiate game against Auburn in 1892, they introduced the ferocious goat as their lucky charm.

No. 2 USC: A recent tradition at USC is if you want to wear the number 55 at USC, you’re going to have to earn it.  Typically regarded as the anchor of the defense, the number cannot be picked by a player, but must be assigned by the head coach.

No. 3 Ohio State: Just about everyone knows Ohio State is famous for its band’s performance of dotting the i in “Script Ohio,” but the first band to perform the Buckeye tradition was...wait for it...Michigan.

No. 4 Oklahoma: The football team’s storied history began in 1895 when coach John Harts saw his team go 0-1 for the season, losing to Oklahoma City Town Team.  Several members of the team were injured, including Coach Harts.  Apparently, Coach Harts had had enough: He left after one season to prospect for gold in the Arctic.  Seriously.

No. 5 Florida: Steve Spurrier, former legendary coach and Heisman trophy winner for the Gators, is known for his clever quips.  An obscure one he once said: "Wuerffel is a New Testament guy.  You slap him upside the helmet, and he'll turn the other cheek and say, ‘Forgive them, Lord, for they know not what they do.'  I'm a little more Old Testament.  If you spear our guy in the earhole, I think we're supposed to be able to spear your guy in the earhole."

No. 6 LSU: Before Gatorade was created on the campus of Florida to help replenish fluids for their football players, Bengal Punch was a sports drink first concocted in 1958 for the LSU team.  It was created by Dr. Martin Broussard, the long-time LSU athletic trainer, and is believed to be the first sports drink ever created, pre-dating Gatorade by seven years.

No. 7 Missouri: Missouri is credited with establishing the tradition of Homecoming in the United States, which was then adopted by most colleges and high schools across the country.  The tradition began in 1911 when athletic director Chester L. Brewer invited alumni to "come home" for the big football game against Kansas.

No. 8 W. Virginia: Of all the FBS (formerly Div. I-A) teams never to win a national championship, West Virginia is the winningest with 663 victories.  Yeah, that’s all I got on this one.

No. 9 Clemson: Clemson shares its mascot with Auburn.  Coincidence?  The "Father of Clemson Football," Walter Merritt Riggs, brought the game with him from Agricultural and Mechanical College of Alabama (now Auburn University).  Riggs let his players pick the team mascot, and even though he may have influenced their decision, the players chose Tigers because Princeton University had just won the national championship.

No. 10 Texas: The Longhorns' stadium has the largest high definition screen in the Western hemisphere.  The Godzillatron was the largest high-def in the world up until Tokyo built one recently.  So now you can watch Colt McCoy throwing interceptions on a 7,370-foot screen at a pixel resolution of 2064 x 848.

No. 11 Auburn: Auburn’s first bowl game was against Villanova in the Bacardi Bowl, held in Havana, Cuba.  The game was played in a revolutionary atmosphere.  Fulgencio Batista, the dictator who would be overthrown by Fidel Castro 22 years later, had just assumed power.  The game was almost canceled because Batista’s picture was not in the game program.  A quick trip to the printer saved the Bacardi Bowl and allowed Auburn’s bowl history to get off to a significant and historical beginning.

No. 12 Wisconsin: The Badger's home stadium has taken the traditional Wave to a whole new level.  This goes beyond standing up and raising your hands in the air.  The procedure at Badgers games generally follows a pattern (led by the student section) of sending the wave around clockwise twice, then once in slow-motion, then once at double the original speed, then once around counter-clockwise, and lastly, splitting it into two counter-rotational waves.  Finally, after this dizzying array of wavedom, everyone pukes in unison.

No. 13 Kansas: Kansas has the distinction of holding the Division I-A record for tie games with 57.  If a tie is like kissing your sister, as the saying goes, the Jayhawks need a psychological intervention.

No. 14 Texas Tech: Tech’s first intercollegiate football game, played in 1925, ended in a controversial tie.  On what seemed to be the game’s winning 20-yard field goal by Elson Archibald, the referee ruled that the clock had run out before the kick.  It was later reported that the referee made the call to get revenge because he wanted to be the team’s first head coach, but the job was instead given to Ewing Freeland.

No. 16 Arizona State: On September 14, 1987, Pope John Paul II came to Sun Devil Stadium to hold mass for 75,000 people as part of his American tour.  For the Pope to agree to enter the stadium, all the Sun Devil logos and words with “devil” painted on the stadium’s façade had to be covered up.

No. 17 BYU: The Cougars won the 1984 National Championship, becoming the first team since the inception of the AP poll to win the title without beating an opponent ranked in the top 25 at season’s end.  Oklahoma and Washington, two of the biggest critics of BYU’s '84 National Championship, turned down a chance to play BYU in the 1984 Holiday Bowl due to their desires to play a more nationally recognized opponent.

No. 18 Tennessee: Smokey, Tennessee’s mascot, has had its share of trials and tribulations over the years.  Smokey II was stolen by Kentucky students in 1955 and was involved in an incident with the Baylor Bear's mascot Judge at the 1957 Sugar Bowl.  Not to be outdone, Smokey VI was the first dog to make the Volunteer injury report after suffering heat exhaustion in the 1991 UCLA game.

No. 19 Illinois: Illinois claims to have hosted the first homecoming in the country.  Have we heard this before?  This declaration contradicts Missouri’s claim.  Just another reason for these border schools to hate on each other.

No. 20 Oregon: Eugene, Oregon contains urban forest.  The University of Oregon campus is itself an arboretum, with over 500 species of trees.  The city operates and maintains scenic hiking trails that pass through and across the ridges of a cluster of hills in the southern portion of the city, on the fringe of residential neighborhoods.

No. 21 South Florida: The Bulls have never been shut out in a regular season football game.  The only shutout they suffered was a 14-0 loss to North Carolina State in the 2005 Meineke Car Care Bowl, officially the Bulls' 100th game.

No. 22 Penn State: The school's official colors were originally black and pink, but the baseball team's uniforms faded to dark blue and white, so the school permanently changed the colors to the now-familiar blue and white.  You read that correctly—pink used to be in the Penn State color scheme.  Pink.

No. 23 Wake Forest: Originally, Wake Forest's athletic teams were known as the Fighting Baptists, due to its association with the Baptist Convention.  However, in 1923, after a particularly impressive win against the Duke Blue Devils, a newspaper reporter wrote that the Deacons "fought like Demons," giving rise to the current team name, the "Demon Deacons."

No. 24 Michigan: Michigan’s famous fight song, “The Victors,” goes beyond the football field.  UM alumnus Gerald R. Ford, the 38th President of the United States, selected the song to be played during his December 2006 funeral procession at the U.S. Capitol.  Michigan’s marching band played this tune for him one final time, for his last ride from the Gerald R. Ford airport in Grand Rapids, Michigan.

No. 25 Fresno State: The green "V" worn on the back of the football players' helmets honors the agricultural industry of the San Joaquin Valley and the importance it plays in financially supporting Fresno State.  Not V for Victory—V for agricultural valley.  Go figure. 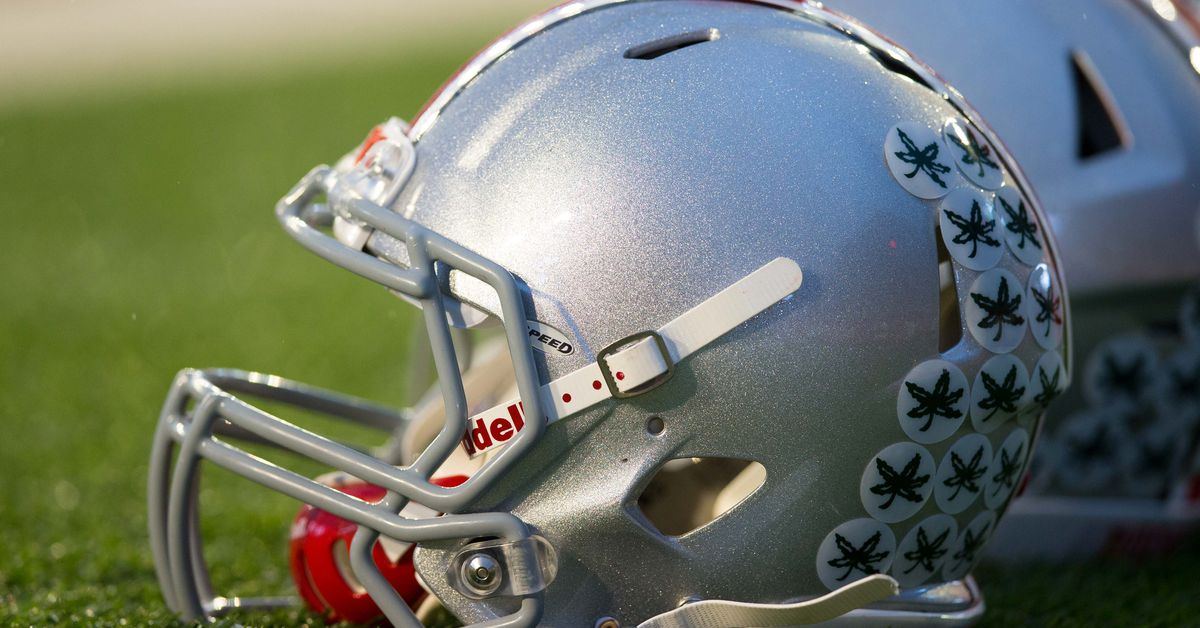