The 10 Greatest Goalkeeper Saves of All Time 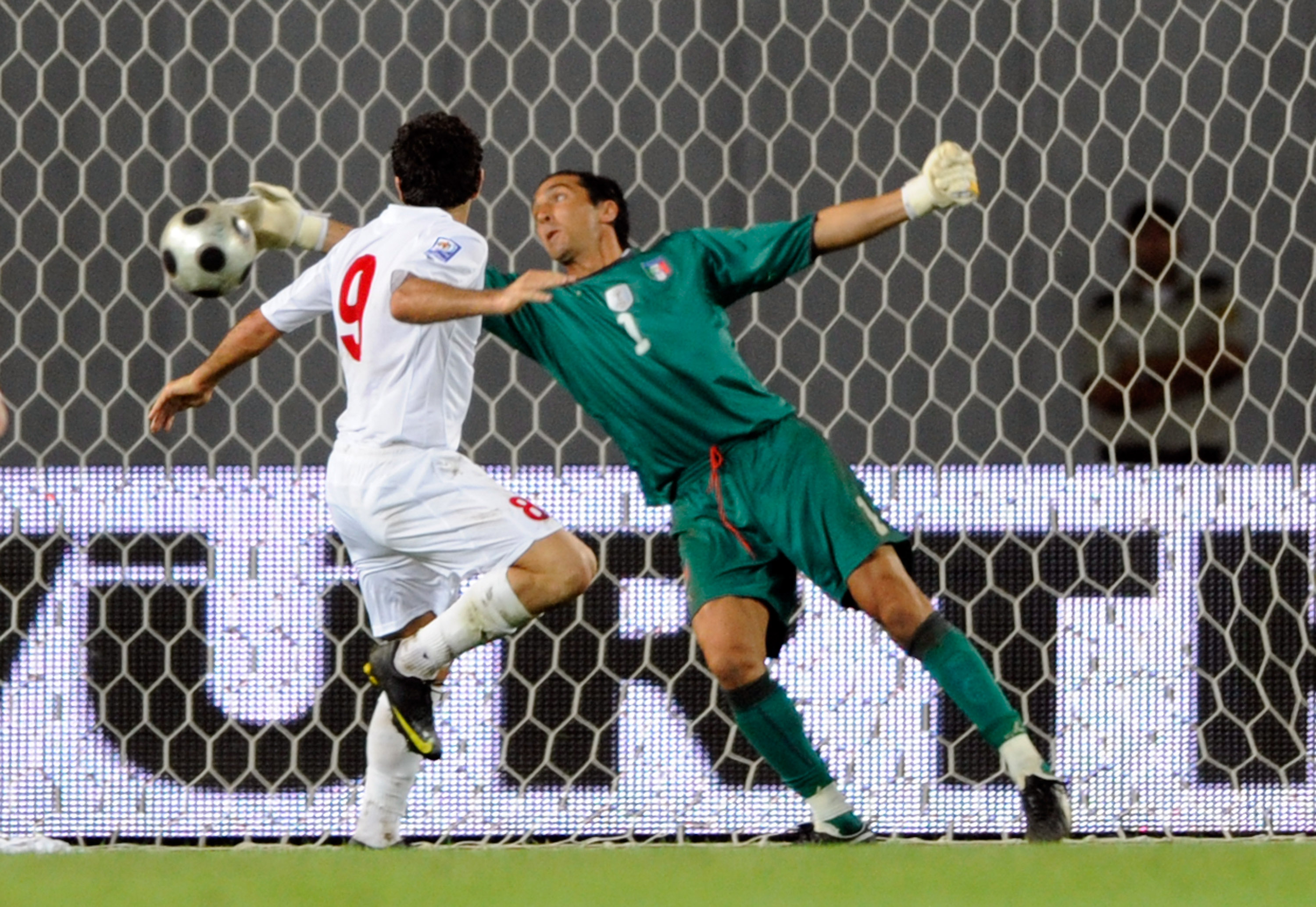 Throughout the history of football, goalkeepers have been known for their heroics in the goal and as the most important footballer on the field.

From a goalkeeper such as Lev Yashin to Peter Schmeichel and Gianluigi Buffon, the world has really seen some fantastic goalkeepers.

And these goalkeepers have made some fantastic saves during their careers, as they continue to get better as time goes on.

With this in mind, here is my list of the 10 greatest saves of all-time. 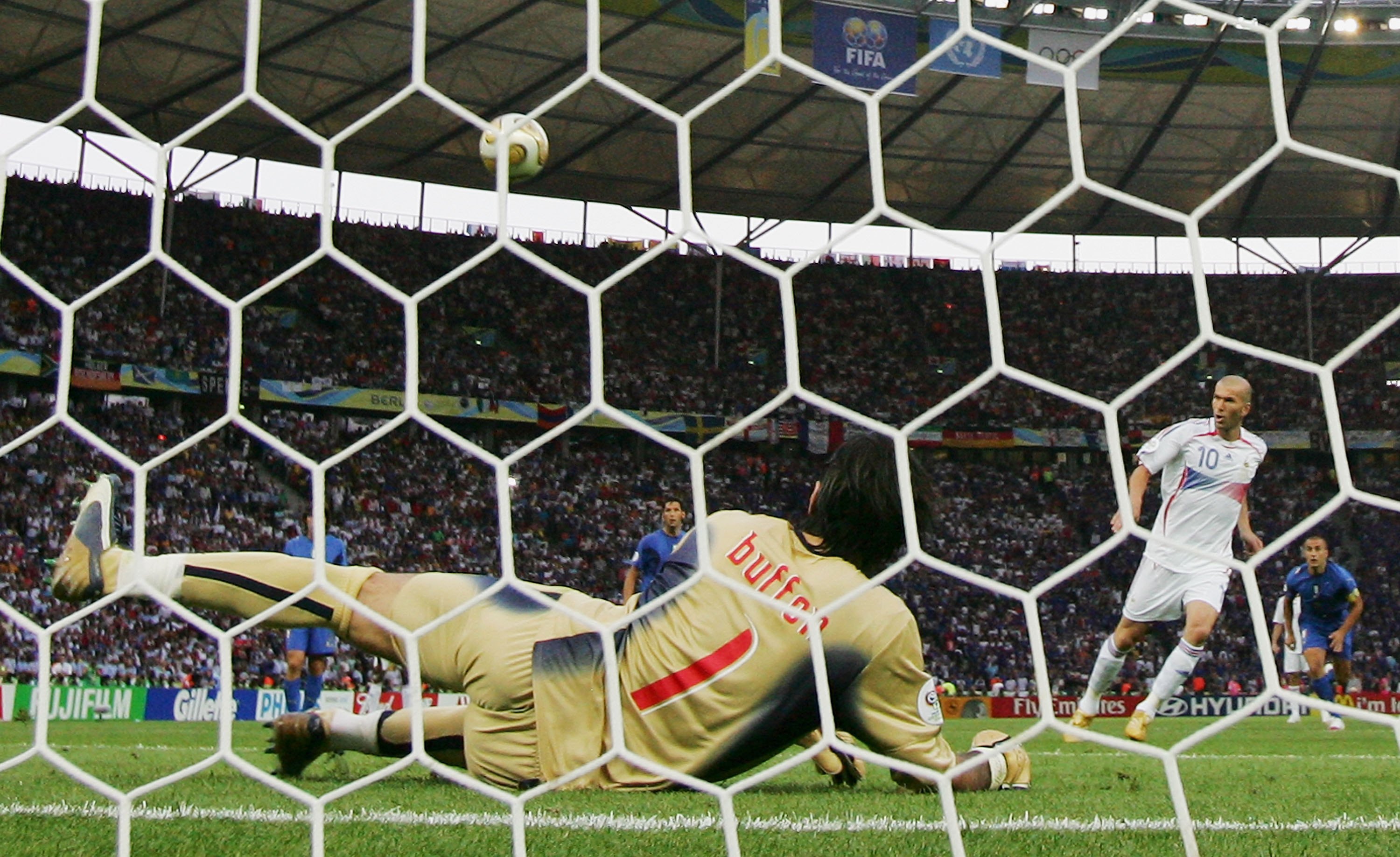 In the 104th minute of the 2006 World Cup final, French legend Zinedine Zidane nearly put France in the lead in extra time as he headed a cross towards the Italian goal.

But keeper Gianluigi Buffon was there and pushed the shot over the bar in what turned out to be one of the turning points of the World Cup final.

Zidane, of course, got sent off for a headbutt to the chest of Marco Materazzi

Italy went on to win the match on penalties by a 5-3 score after the match ended in a 1-1 score. 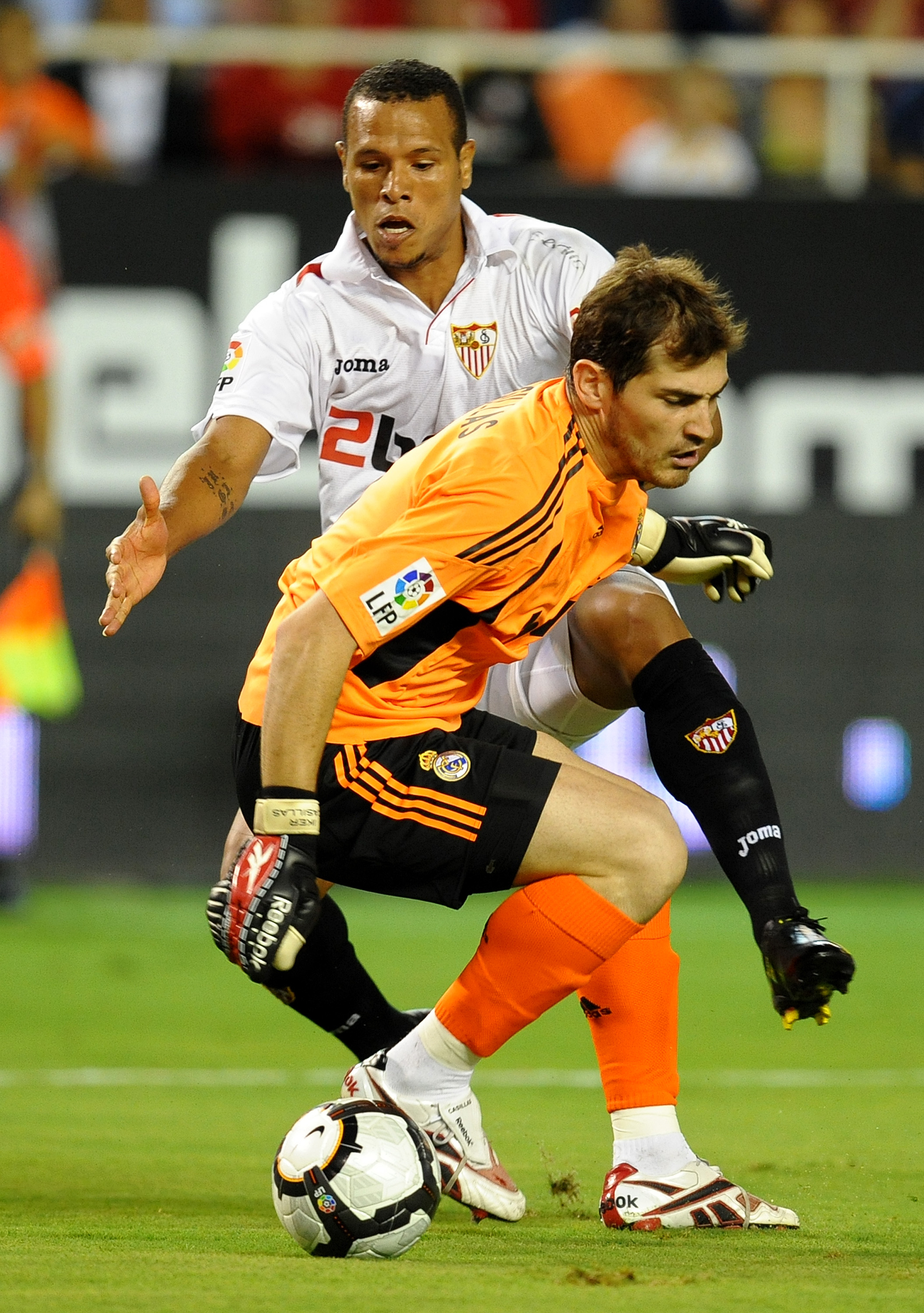 In a La Liga match in 2009, Real Madrid goalkeeper Iker Casillas showed why he is one of the world's top goalkeepers when he robbed Sevilla's Diego Perotti with an absolutely fantastic running stop across the penalty box.

Sadly for Real Madrid, they lost this match by a 2-1 score, as a late goal from Renato gave Sevilla the win. 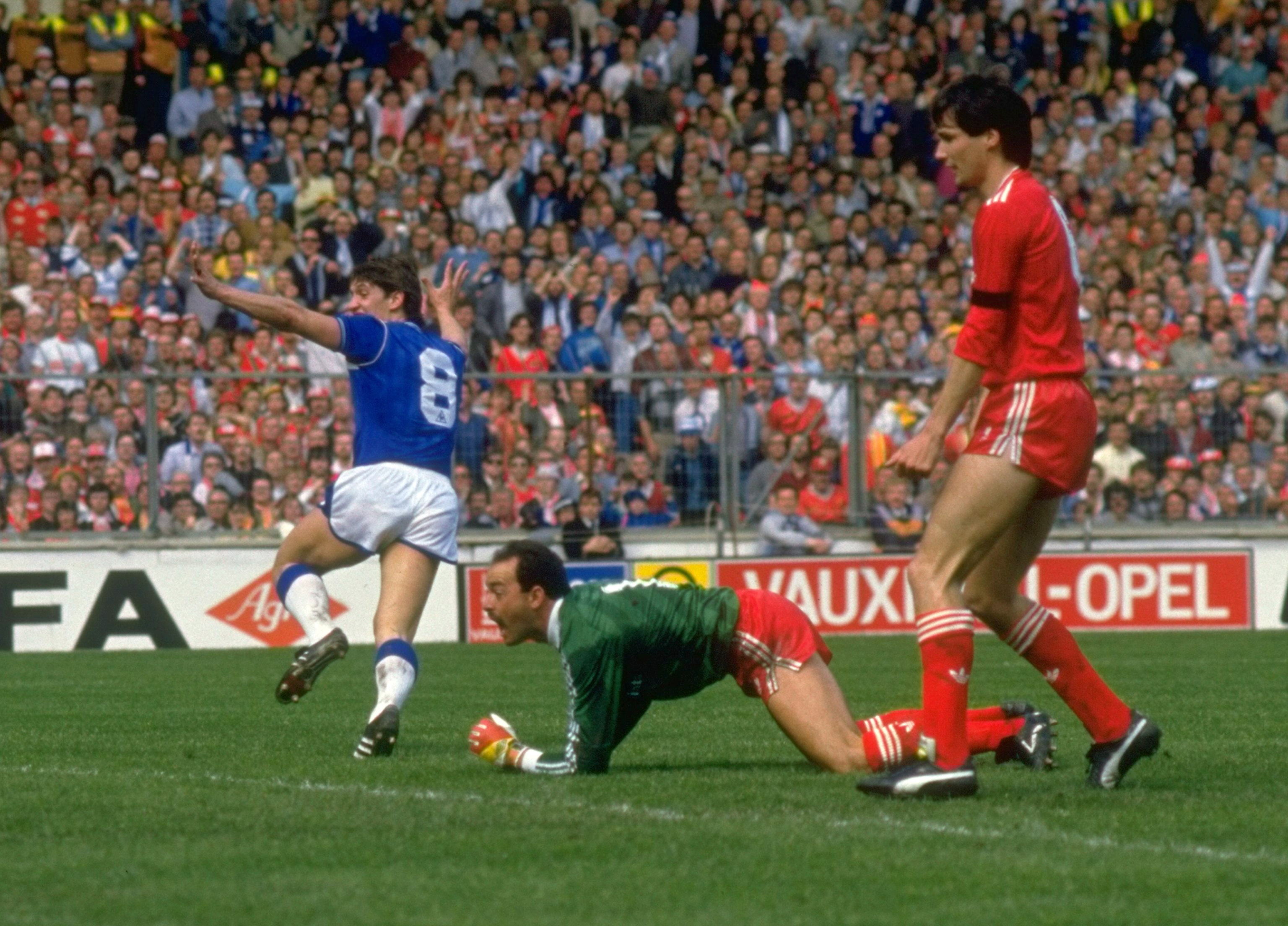 In the 1986 FA Cup final, Bruce Grobbelaar made a phenomenal stop on Everton's Graeme Sharp with the Toffees up by a 1-0 score early in the second half.

His save helped lead Liverpool to a 3-1 win, as Ian Rush bagged a brace for Liverpool in the second half.

No. 7: Peter Schmeichel Vs Rapid Vienna 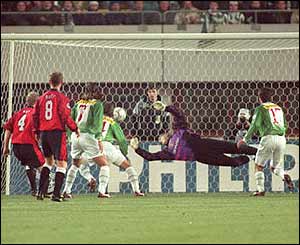 In the 1996 Champions League, Peter Schmeichel made one of the greatest saves in history by denying Rapid Vienna's Rene Wagner of a goal off a header.

United went on to win the match by a 2-0 score, thanks to goals from Ryan Giggs and Eric Cantona. 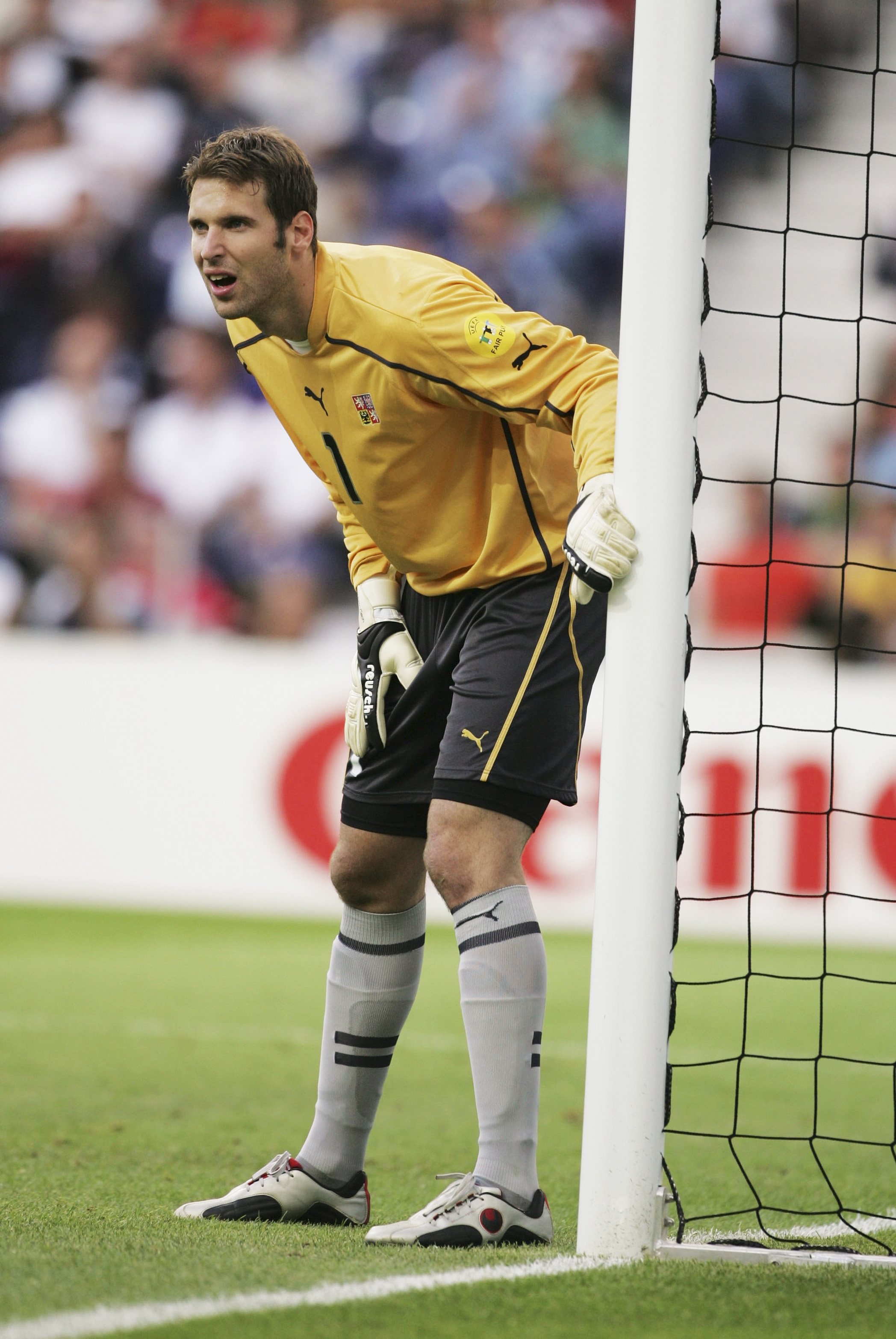 In one of the best matches of Euro 2004, Petr Cech completely robbed John Heitinga with a fantastic fingertip save, with the Netherlands up by a 2-1 score.

This save was a major turning point in the match, as the Czech Republic won 3-2 and went through Group D without a loss.

http://www.youtube.com/watch?v=Aohto1cQbTQ (Skip to 3:20 in the video to see the save). 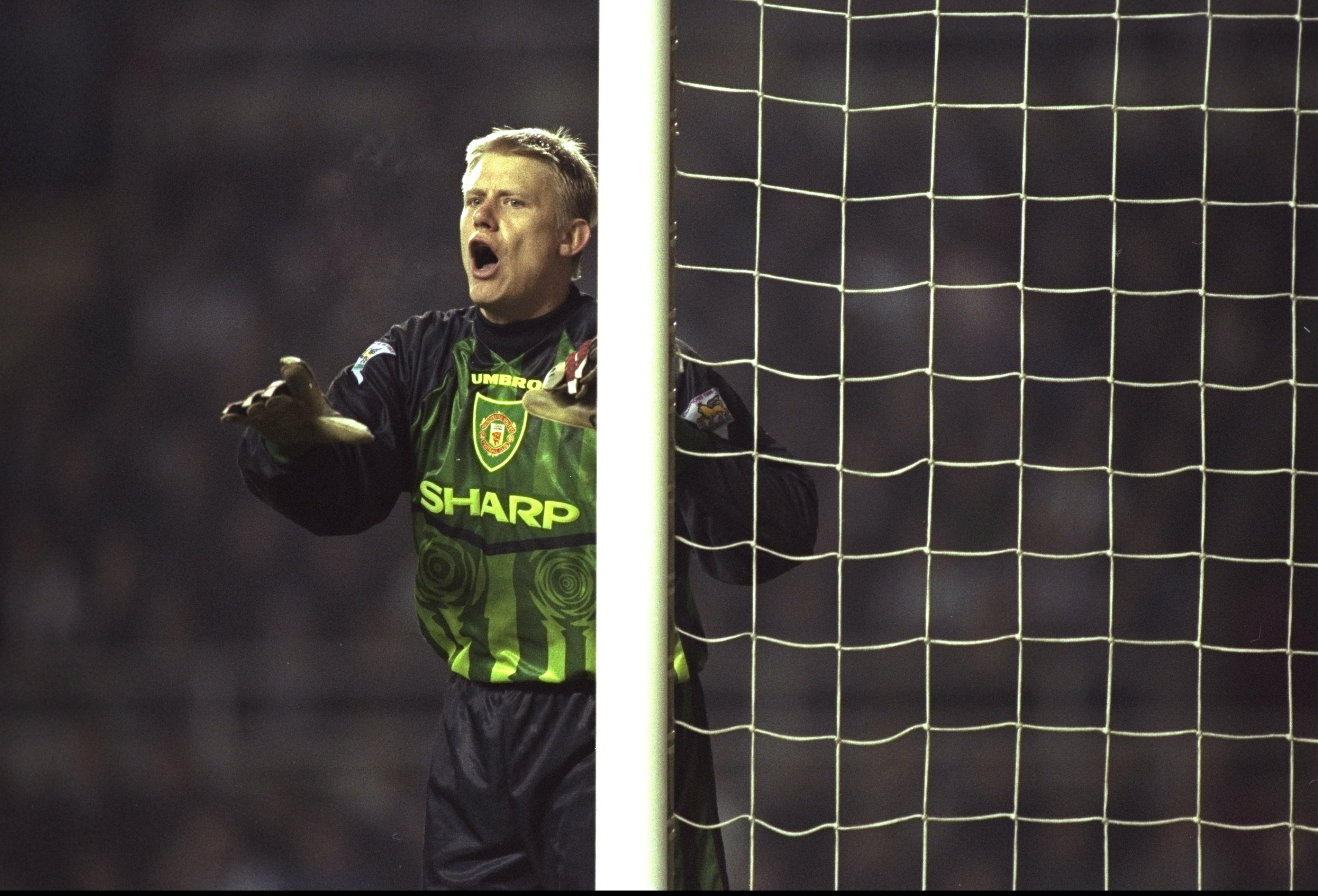 Voted as the best save in Premier League history in 2003, Peter Schmeichel robbed Newcastle of a brilliant goal off a header from John Barnes.

This save was huge for United, as they went on to win the match by a 1-0 score.

No. 4: Jim Montgomery Double Save 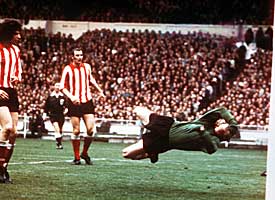 In one of the best FA Cup finals ever, Sunderland were able to upset Leeds by a 1-0 score.

But that would have never happened unless Jim Montgomery made an absolutely incredible double save as Sunderland were able to keep their lead. 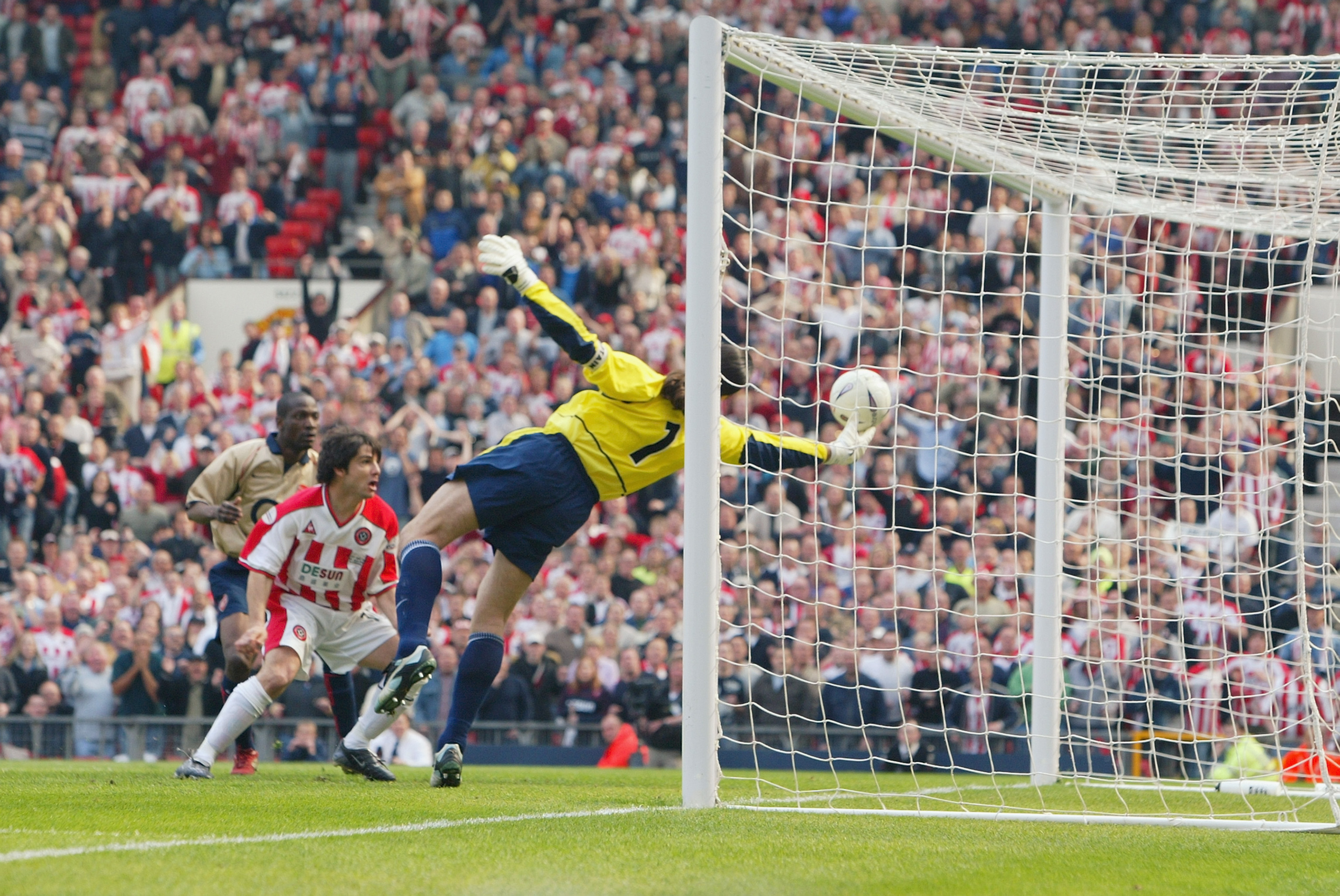 In a FA Cup semifinal between Arsenal and Sheffield United in 2003, Arsenal legend David Seaman absolutely robbed Paul Peschisolido of a brilliant goal at Old Trafford.

This was also Seaman's 1,000th career start, and Arsenal advanced onto the FA Cup final, where they beat Southampton by a 1-0 score.

No. 2: Grégory Coupet Double Save on Barcelona 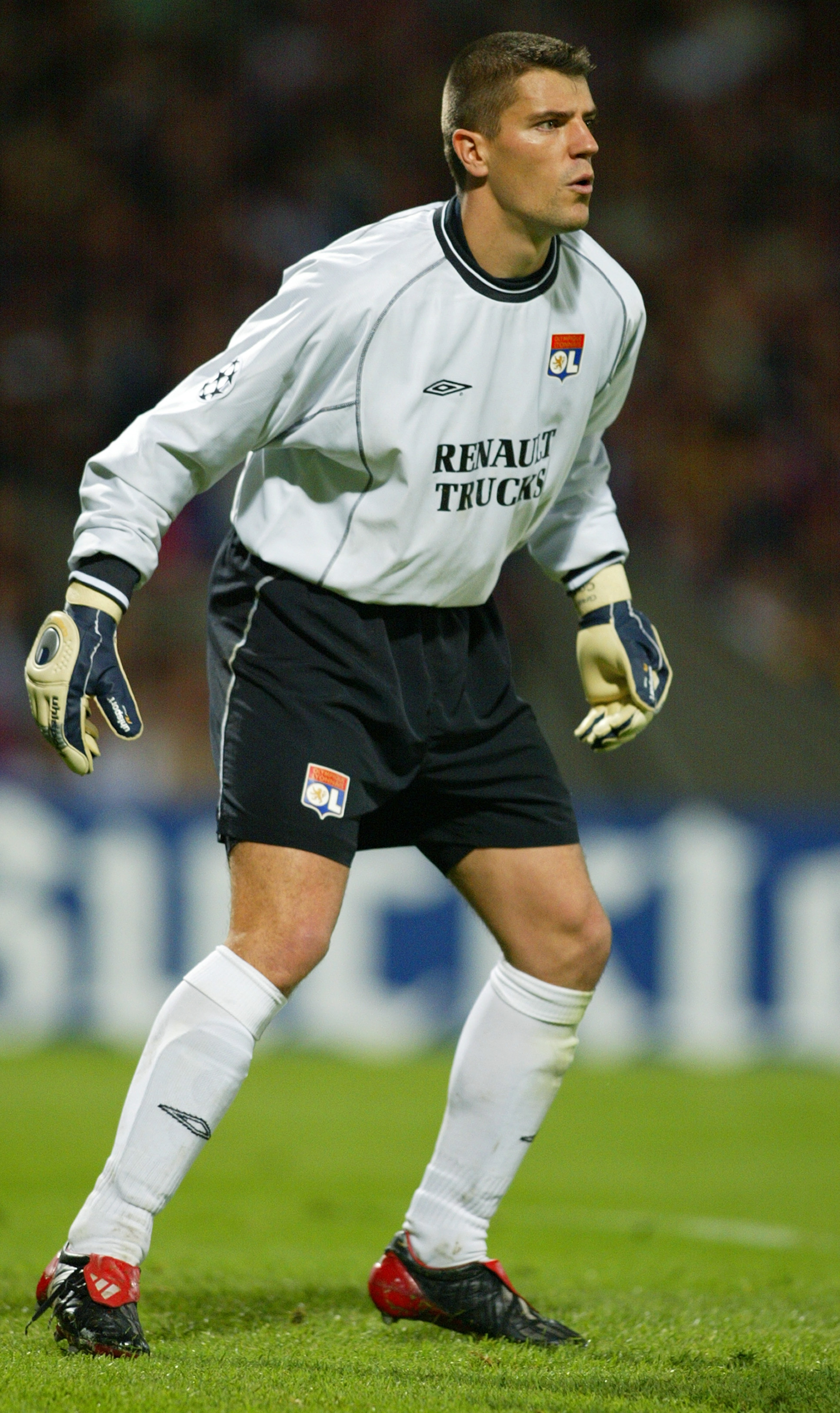 In a match that they lost by a 3-2 score at the Camp Nou, Lyon's Grégory Coupet made a fantastic double save, as he denied Barcelona on a chip and on a point blank shot from in front of the goal.

No. 1: Gordon Banks Vs Pele 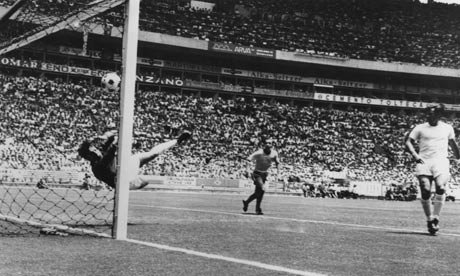 In England's quarterfinal loss to Brazil in 1970 by a 1-0 score, Gordon Banks put together a fantastic save on Pele that is the greatest save of all time.

Banks dove down and deflected Pele's power header over the bar, which is the greatest save of all time.