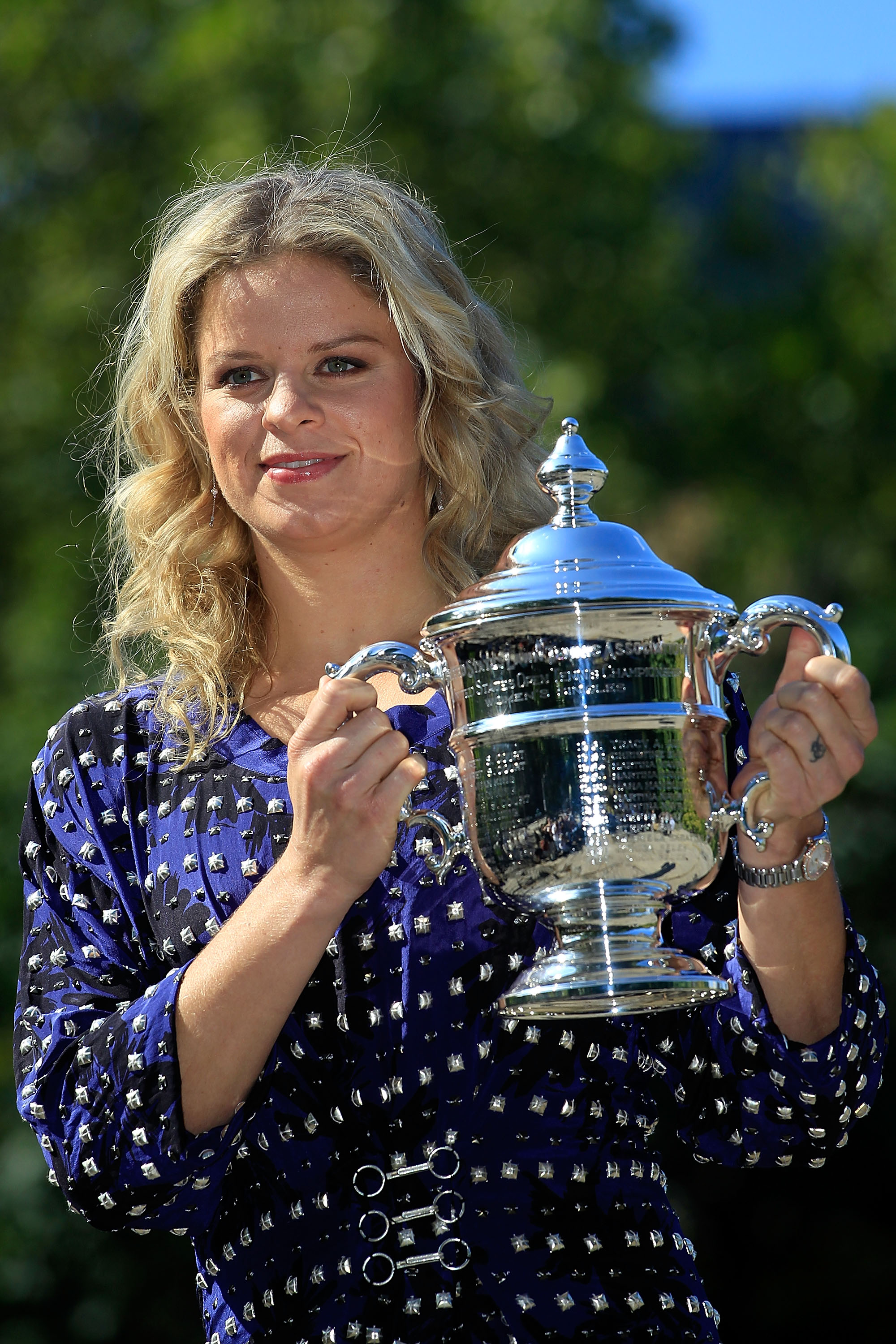 Kim Clijsters dominated the U.S. Open final, winning the event for the third time in three tries. But a closer look at the entire woman's portion of the two weeks in Queens suggests that this victory was--in part--aided by a confluence of events that helped the 27-year-old Belgian repeat as champion. 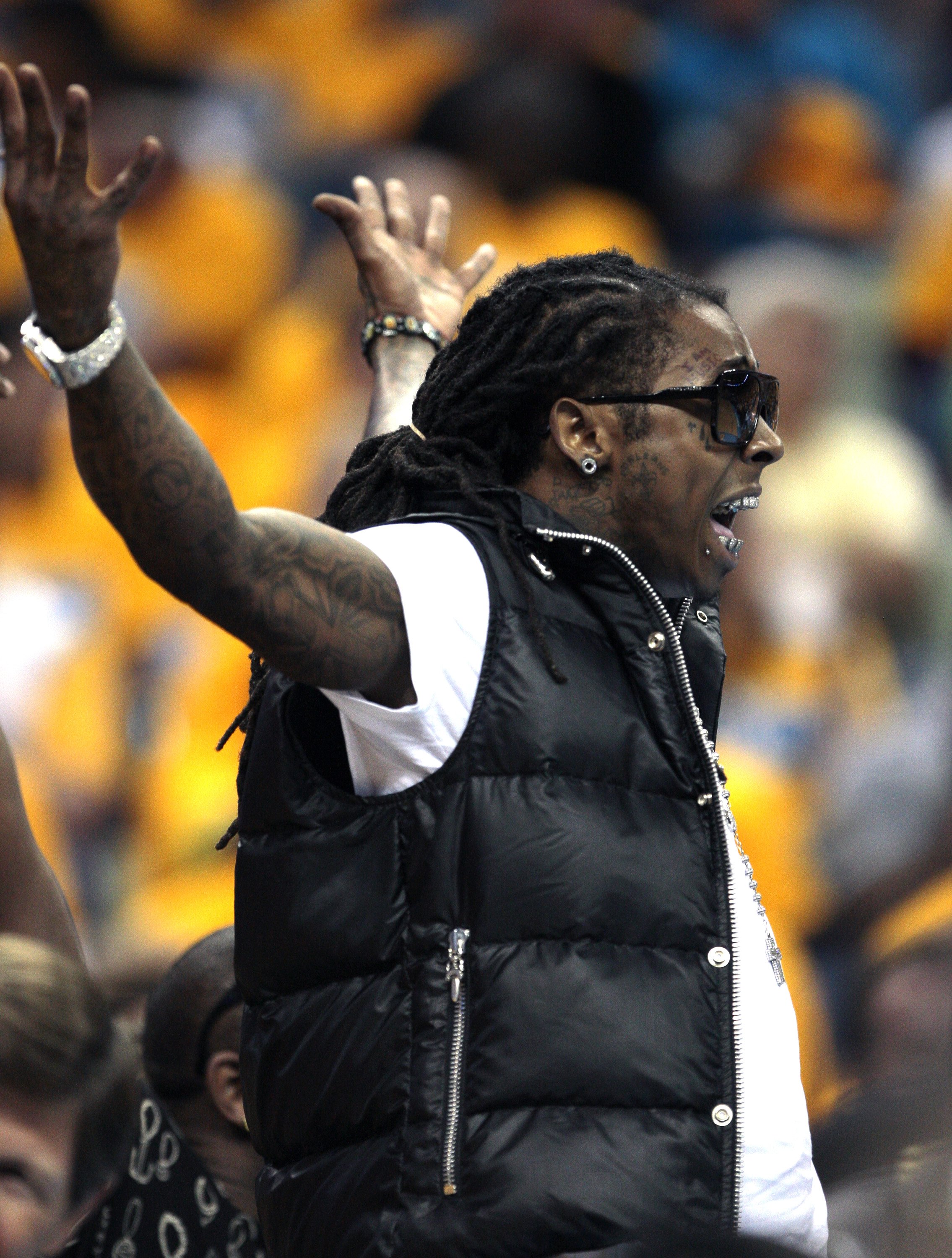 Back in August (and from prison), Wayne apparently mailed Sports Illustrated a note declaring Clijsters and Rafael Nadal as the future winners at the tournaments in Queens. Taking nothing away from Clijsters or Nadal, but if incarcerated rappers are predicting you to win a tournament—and it turns out they were dead on—then that screams fluke.

Either that or Lil Wayne is a psychic: although that doesn’t quite explain how he didn’t see his arrest for a felony gun possession in his future. 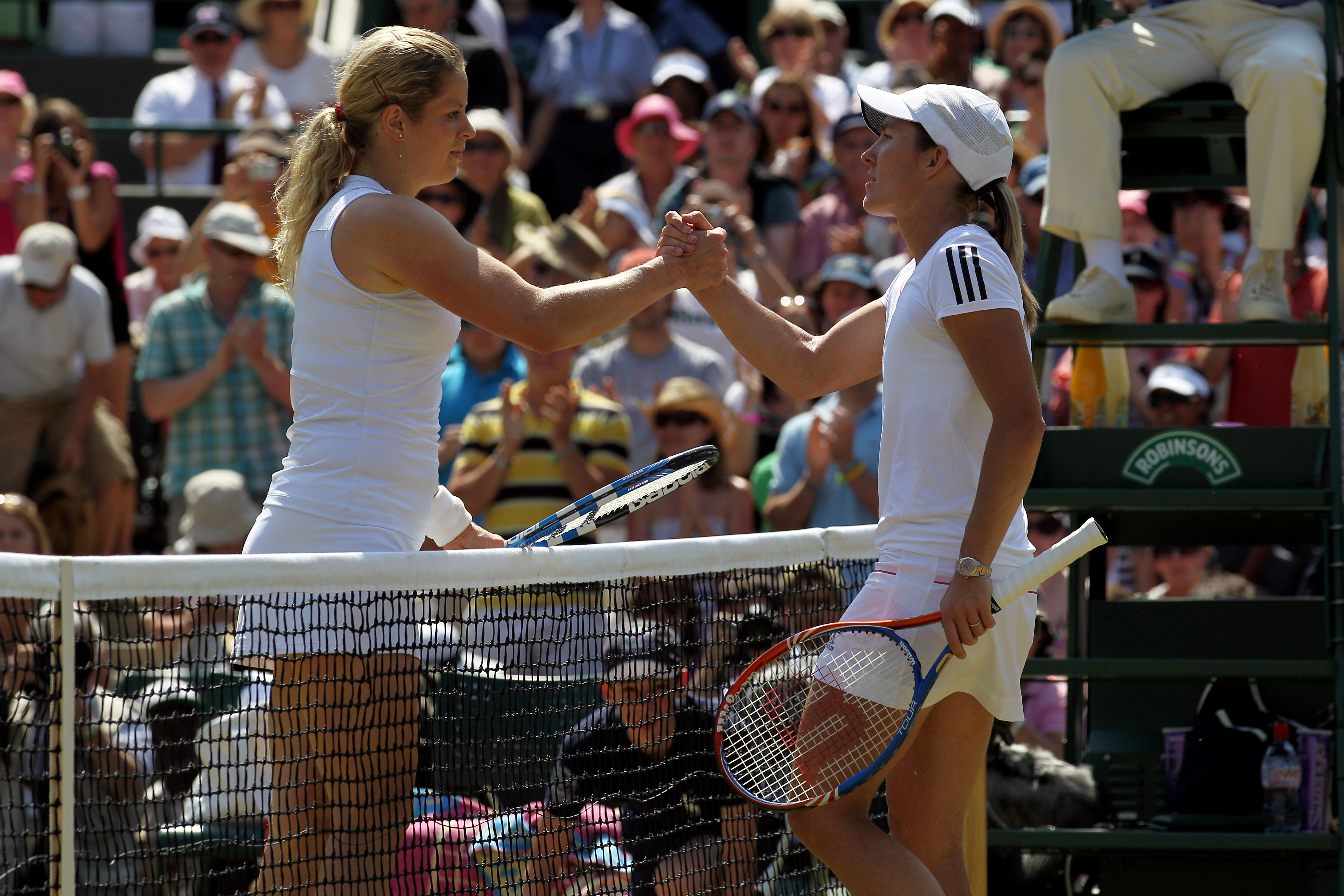 In the future, they might refer to the 2010 Wimbledon as a cursed tournament. Not only did Venus suffer a knee injury that kept her out of competition for more than two months, but her sister, Serena’s foot injury apparently came in Germany right after celebrating her Wimbledon victory.

Apart from the Williams sisters, Justine Henin didn’t leave Wimbledon unharmed. In her fourth-round defeat, she suffered a partial ligament fracture in her right elbow, forcing her out of the U.S. Open two months later. Against whom did the injury come: her fellow Belgian, Kim Clijsters. 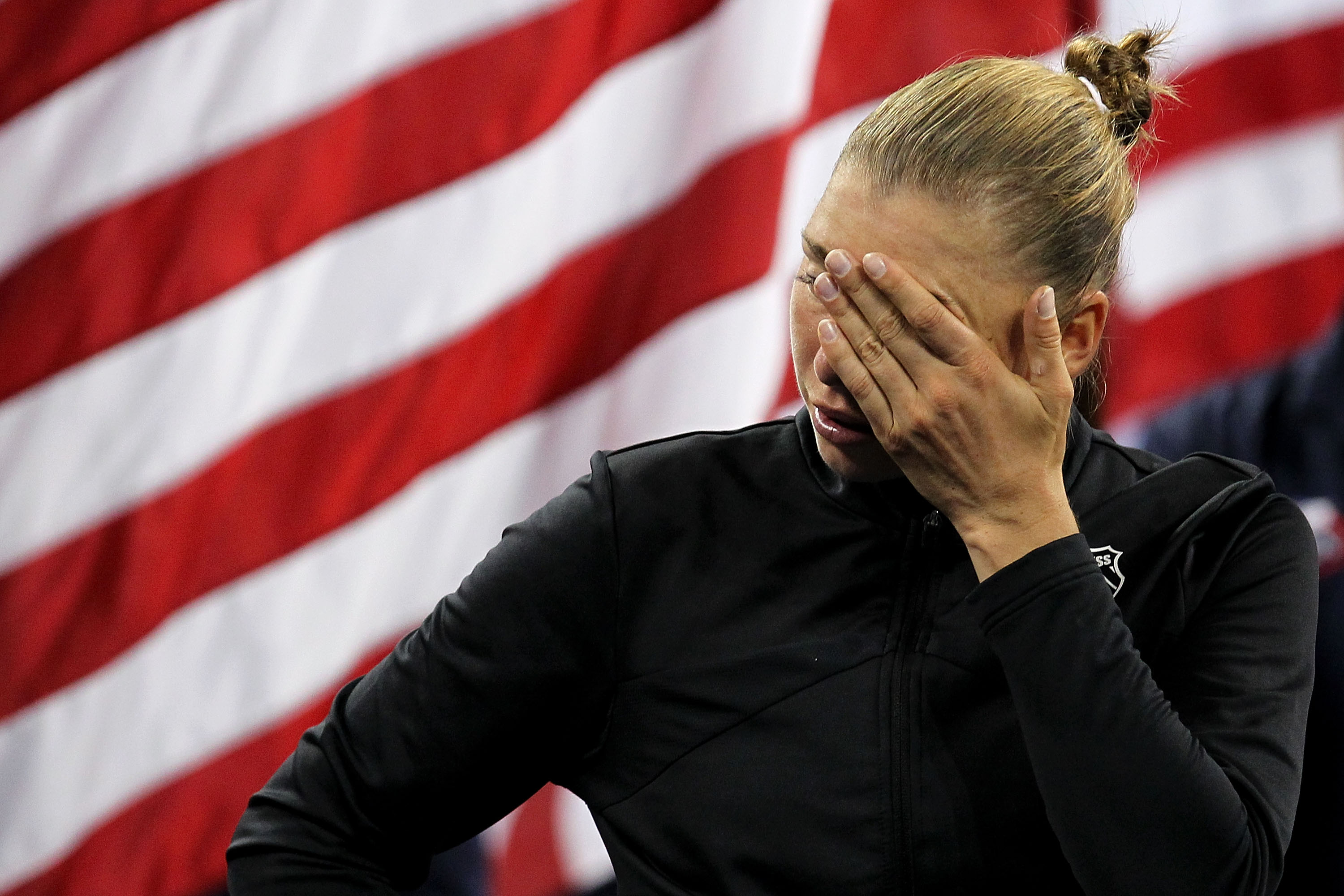 Regardless of how she got there, Vera Zvonareva, the 26-year-old Russian, was not ready to take on Clijsters in the finals. In just her second grand slam final, she stumbled right out of the gate, committing 13 unforced errors in the first set alone. Throughout the match, she continued to struggle, destroying her racket, losing her composure, and suffering a slew of more unforced errors throughout the remaining sets.

It wasn’t as bad as last year’s “meltdown” but she didn’t give Clijsters any fight, something which will serve as a minor asterisk to Clijsters win.

7: She Made It Look Too Easy 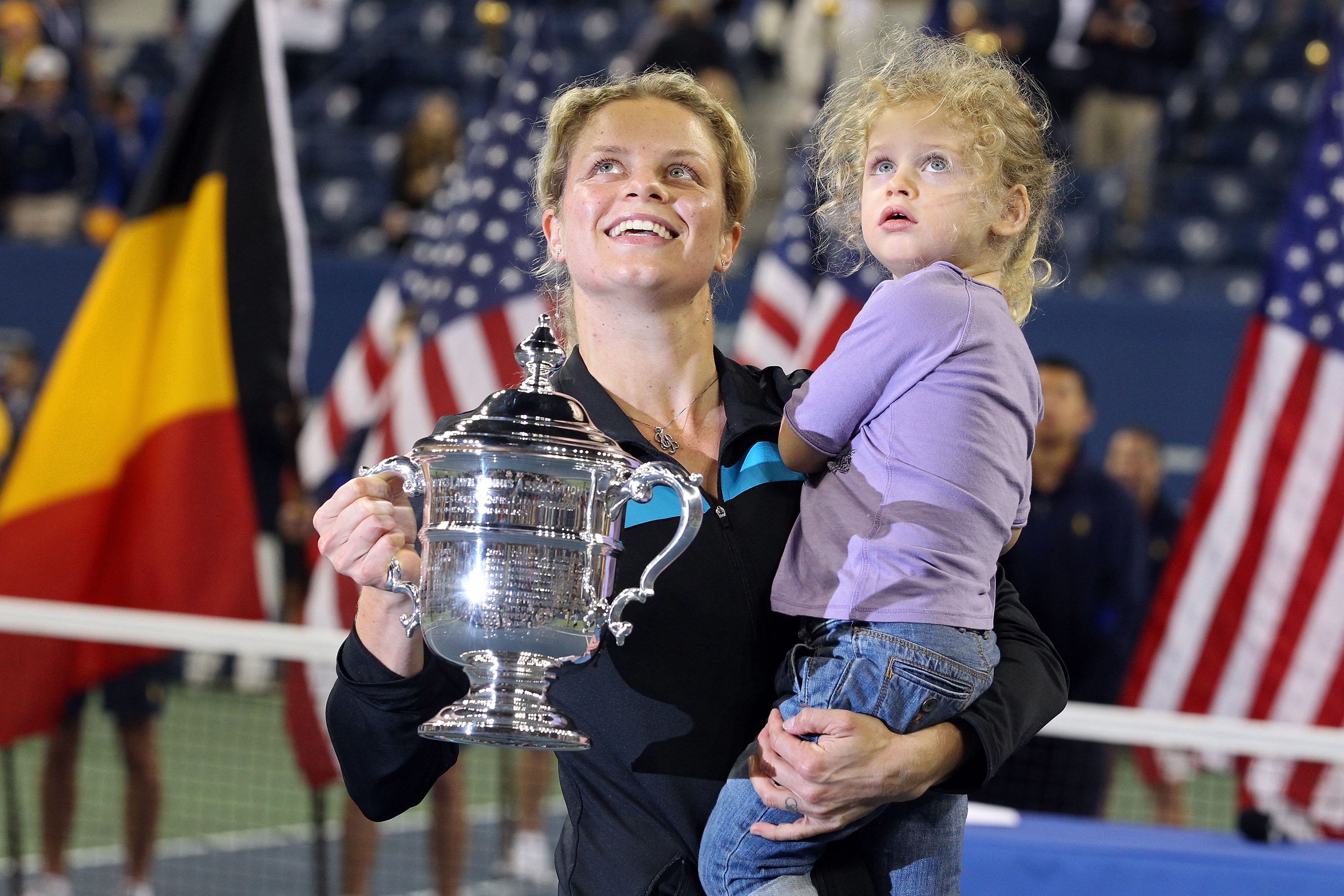 Clijsters didn’t drop a single set on her way into the quarterfinals, then defeated Samantha Stosur to set up her matchup with Venus Williams. The fact that she was so overwhelming—both in terms of tennis craftsmanship and pure athleticism—proved she was the best player in the world.

But it certainly has to raise questions about the quality of DEPTH within the womens’ game. 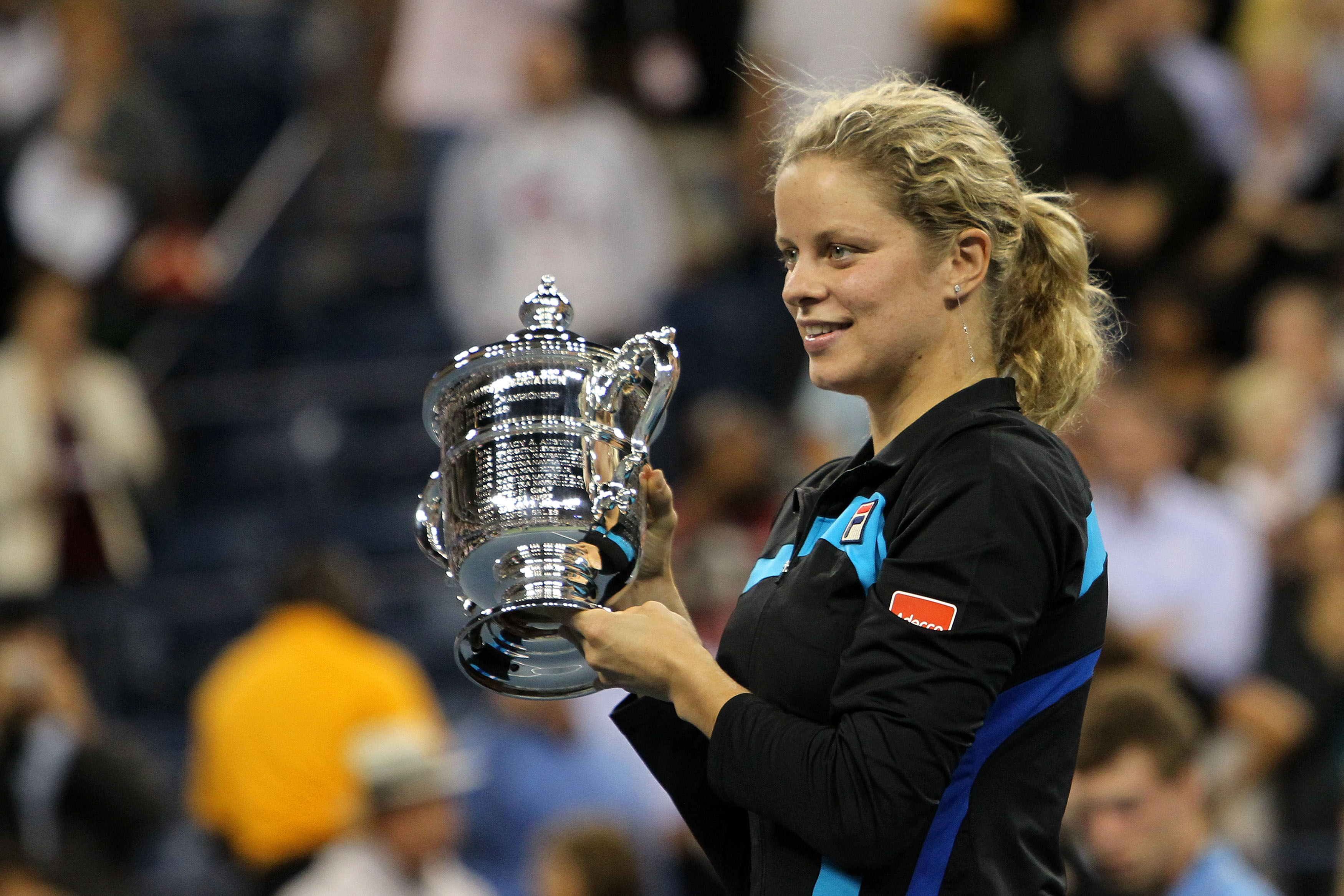 Of course it is not easy to win two sets—and this debate has been out there for a long time—but wouldn’t it be a better test of durability and perseverance if the women played as many sets as the men? Less on-the-court competition will naturally lead to more speculation about whether someone was a fluke or not, or if they “deserved to win” or not.

One of the reasons (aside from more money) that the NBA did away with the best-of-five first round—and why MLB will likely do the same soon—is to avoid that truncated feel to a major championship contest. 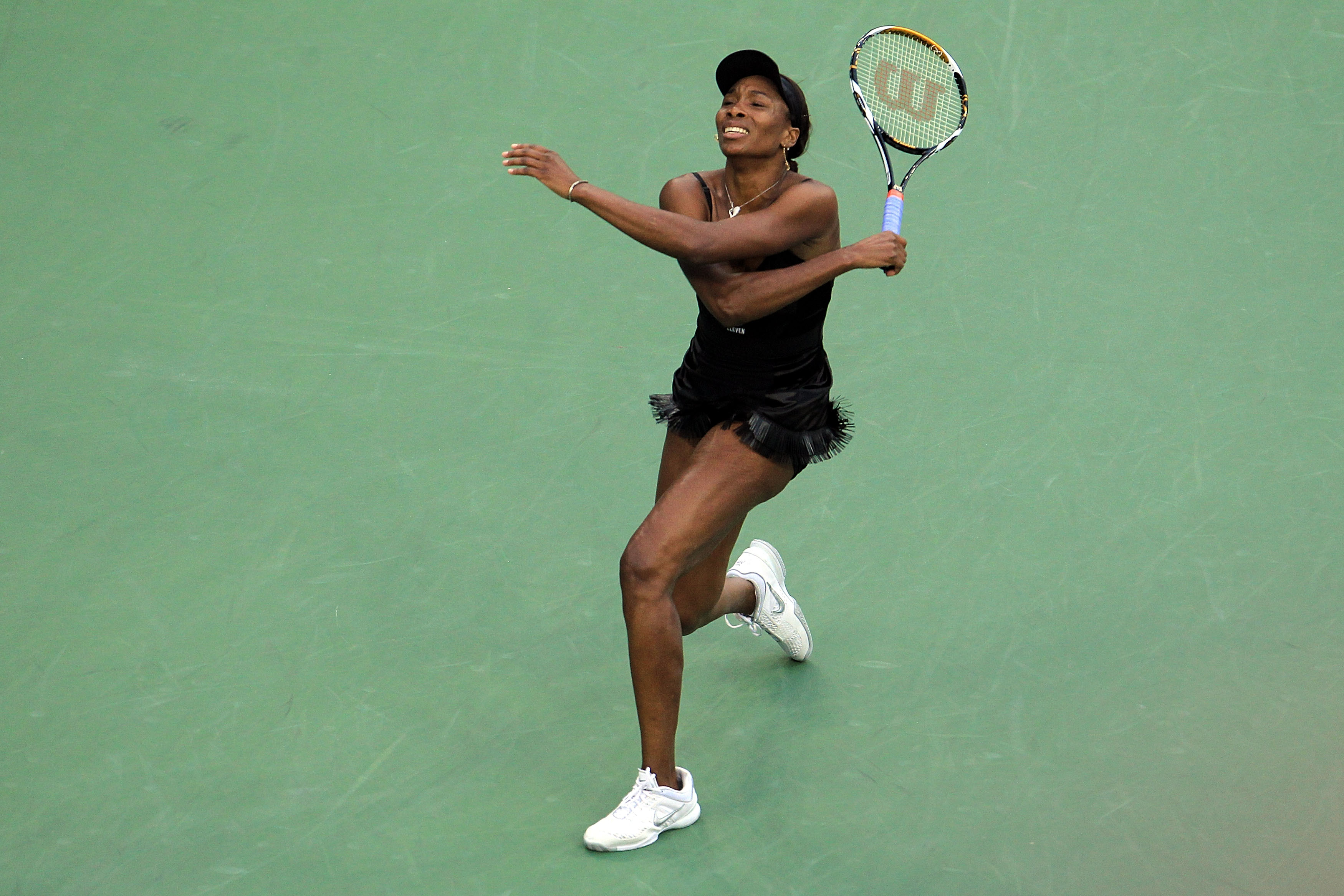 Clijsters' win over Zvonareva wasn’t nearly as epic as her win the day before. After dropping the first set 4-6, Clijsters came back to win 7-6, 6-4, advancing to the finals.

Defeating the seven-time grand slam winner was special for Clijsters, but two facts must be considered: Venus is now 30—it’s been 9 years since she won a U.S. Open—and she is suffering from a bad knee injury. Prior to the U,S. Open, she hadn’t competed in a match since Wimbledon in late June.

That lay-off didn’t hurt her in the early matches, but it might have against Clijsters. 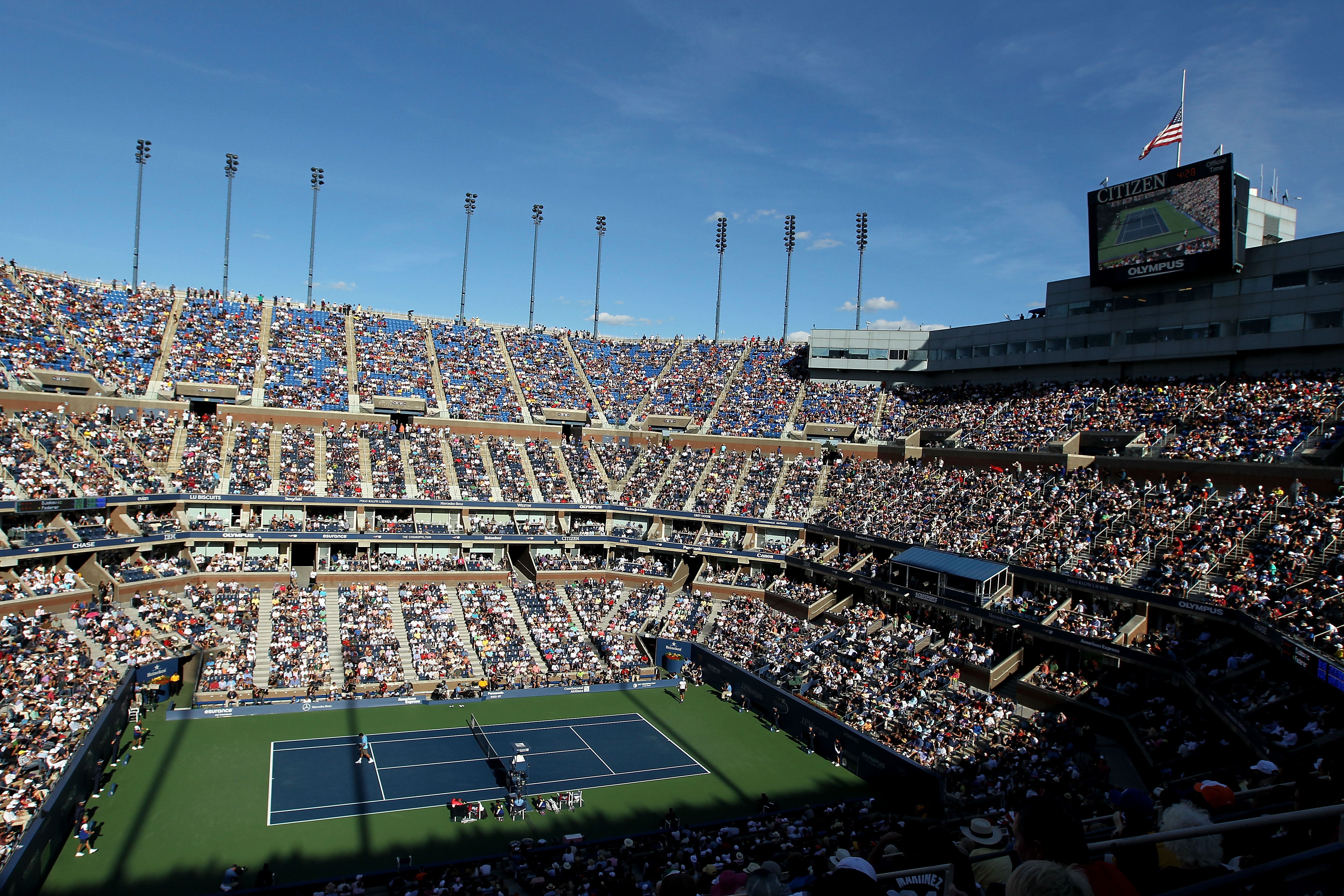 The weather at Flushing Meadows was a big story all weekend, with the mens final being postponed a day then delayed part of another. But that was the rain, for which they had to stop play.

The gusting winds affected the actual play much more. In the premier match of the womens side, Clijsters vs. Williams, the Wall Street Journal reported that “the wind again swirled inside Arthur Ashe Stadium. Service tosses wandered off, lobs took left turns and seemingly well-struck forehands carried long.”

Because Clijsters possesses such a unique blend of speed, strength, and accuracy, in those conditions, she holds an advantage over anyone out there. 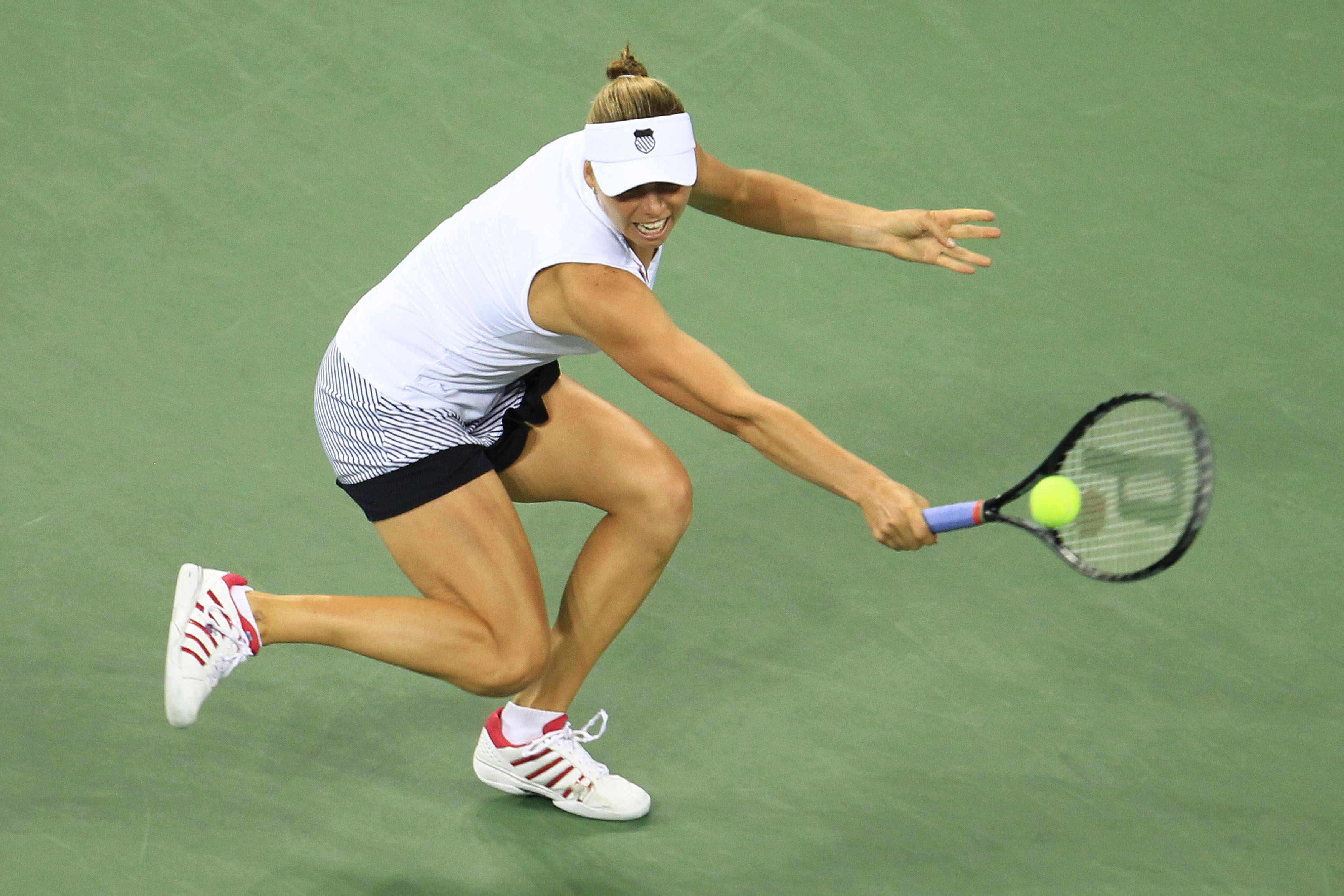 Looking past her emotional/psychological issues in Saturday’s final against Clijsters, Zvonareva’s physical exhaustion had to play a role in the lopsided final. In the semis, Zvonareva defeated the top-seeded Caroline Wozniacki, 6-4, 6-3.

Wozniacki was playing fantastic leading up to the match, but Zvonareva turned in one of the best performances of her career. The win helped her overcome the sting of her lost at Wimbledon earlier this year, but might have left her out of steam and spent by the time she met Clijsters in the finals a day later. 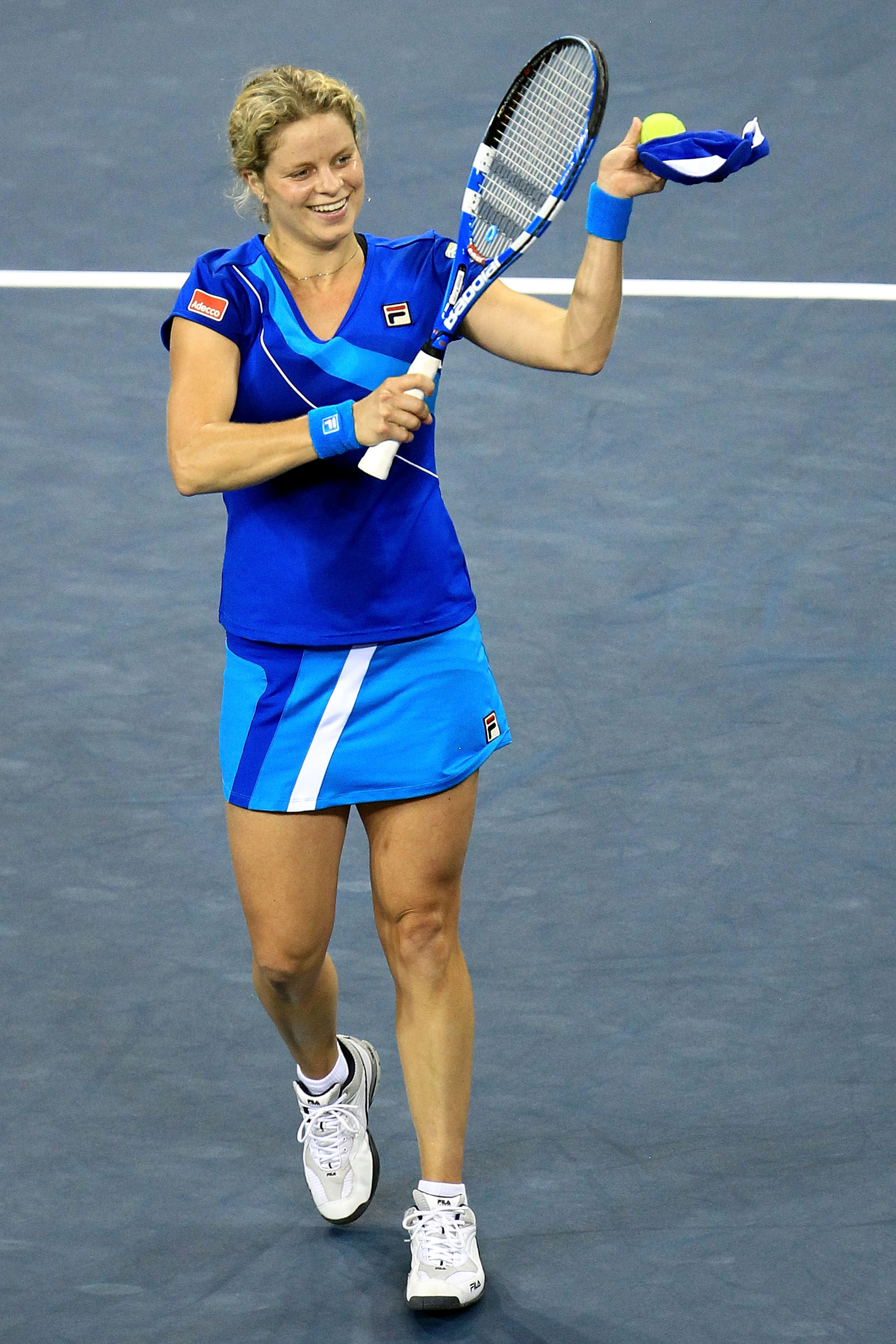 It’s not Clijsters’ fault that Arthur Ashe Stadium has the hard court, but she certainly takes advantage of it. There is just something about her game that produces such dominance in the U.S. Open: her win over Zvonareva was Clijsters’ 21st consecutive at the U.S. Open (she missed 2006 with a wrist injury and retired from 2007-2008).

Translation: U.S. Open titles in 2005, 2009, and 2010 means that if she is in the field, she wins. That speaks to her greatness as a player, but also that her game is suited for that venue. And since she has come up short in every other Grand Slam event, that makes us wonder if she is a one-trick pony: albeit a tremendous one trick. 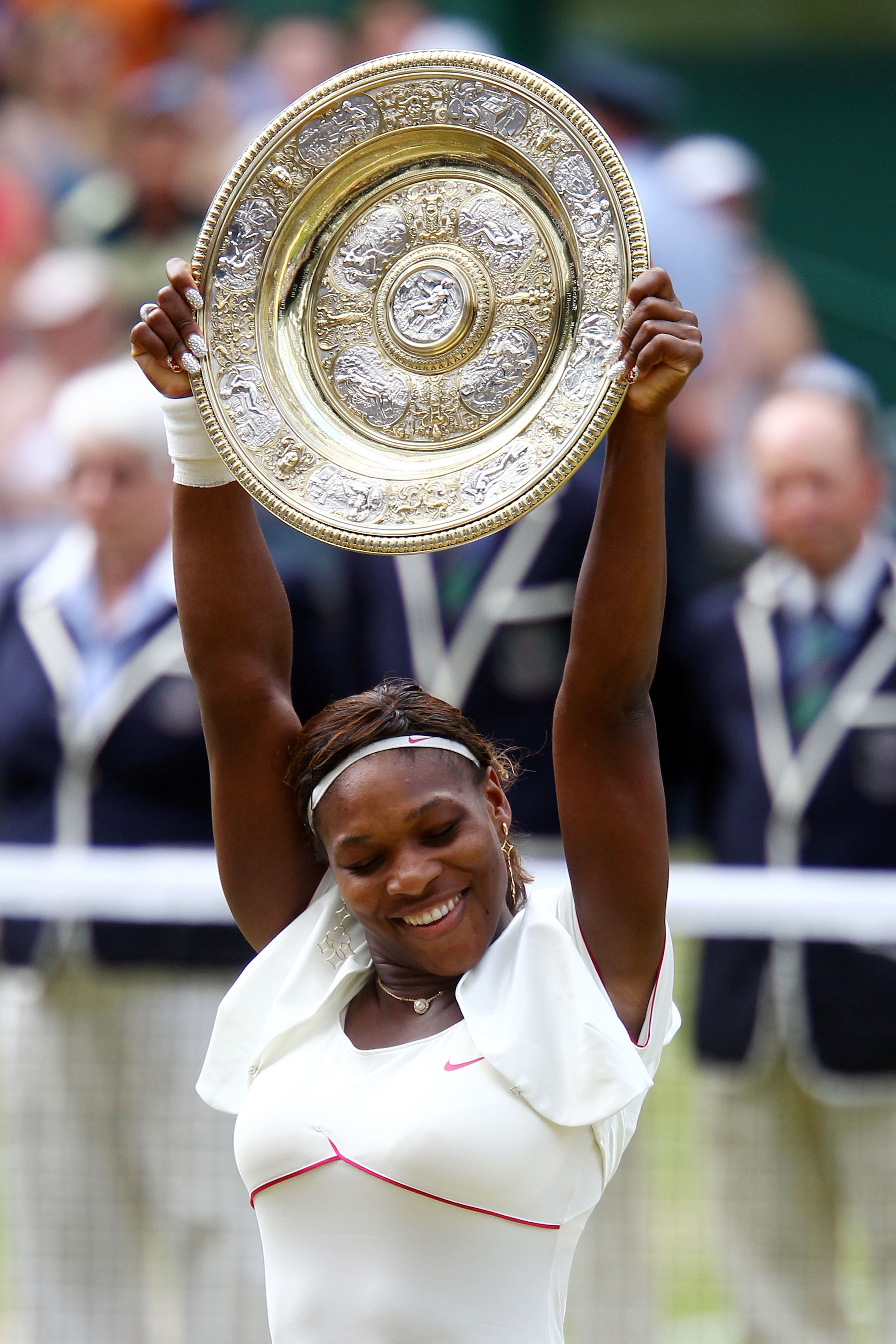 You can’t really quibble with Clijsters for who is in the field. It’s not her fault if the field isn’t at its full complement of players. But in any sport—team or individual—if the unquestioned best player in the sport is not competing, the champion will always be slightly viewed with a crooked eye.

Whether it’s Tiger Woods and his knee injury in 2008, Tom Brady’s knee that same year, or the two years when Michael Jordan decided to play for the Birmingham Barons, people DO remember the absent former champion as much as they do the present, current champion. So with Serena Williams unable to compete in the 2010 Women’s U.S. Open, Clijsters triumph—fair or not—takes on a slight twinge of a fluke because the world’s No. 1 wasn’t standing there.