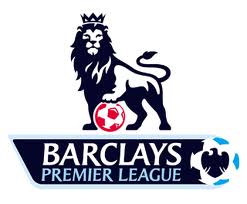 Like any trading deadline, the closing of the first European transfer window puts clubs into frenzies, securing last-minute deals to bring in the best talent available.

England, Spain, Italy, Germany, and France—among others—share the same closing date in their respective transfer windows, leading to a circus of activity leading up to the final seconds of the deadline.

Looking closely at the English Premier League, a number of teams finalized several new transfers in hopes of lasting impacts this year.

Here are the top 10 deals on deadline day. 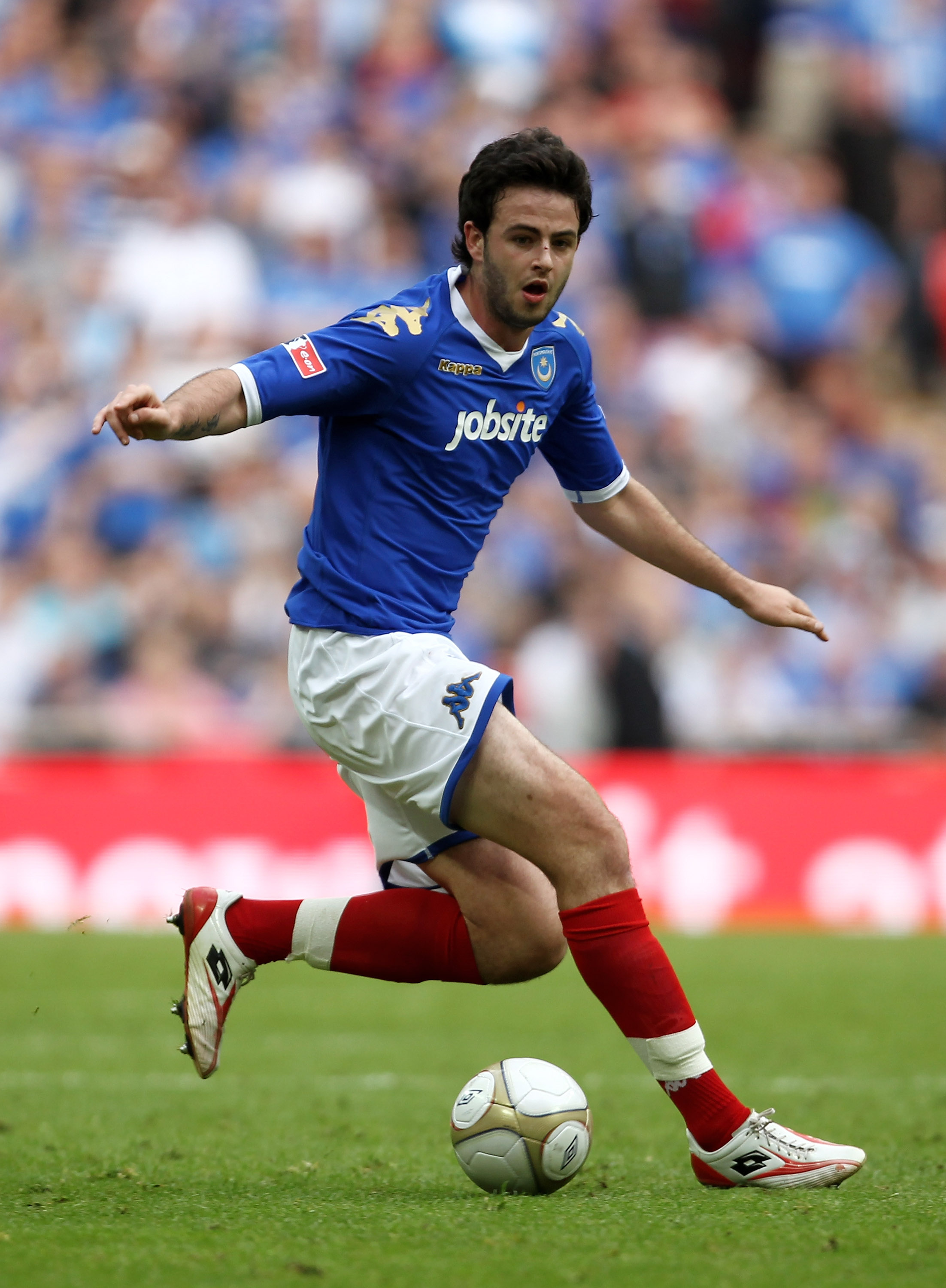 Stoke City landed a standout midfielder and defender in Marc Wilson before the deadline, a diverse tactician on a relatively weak side.

The 23-year-old from Northern Ireland isn't the flashiest of transfers, but a solid one nonetheless.

The Potters will need every advantage it can get if they plan to rise above the bottom of the league and into the mid-tables. 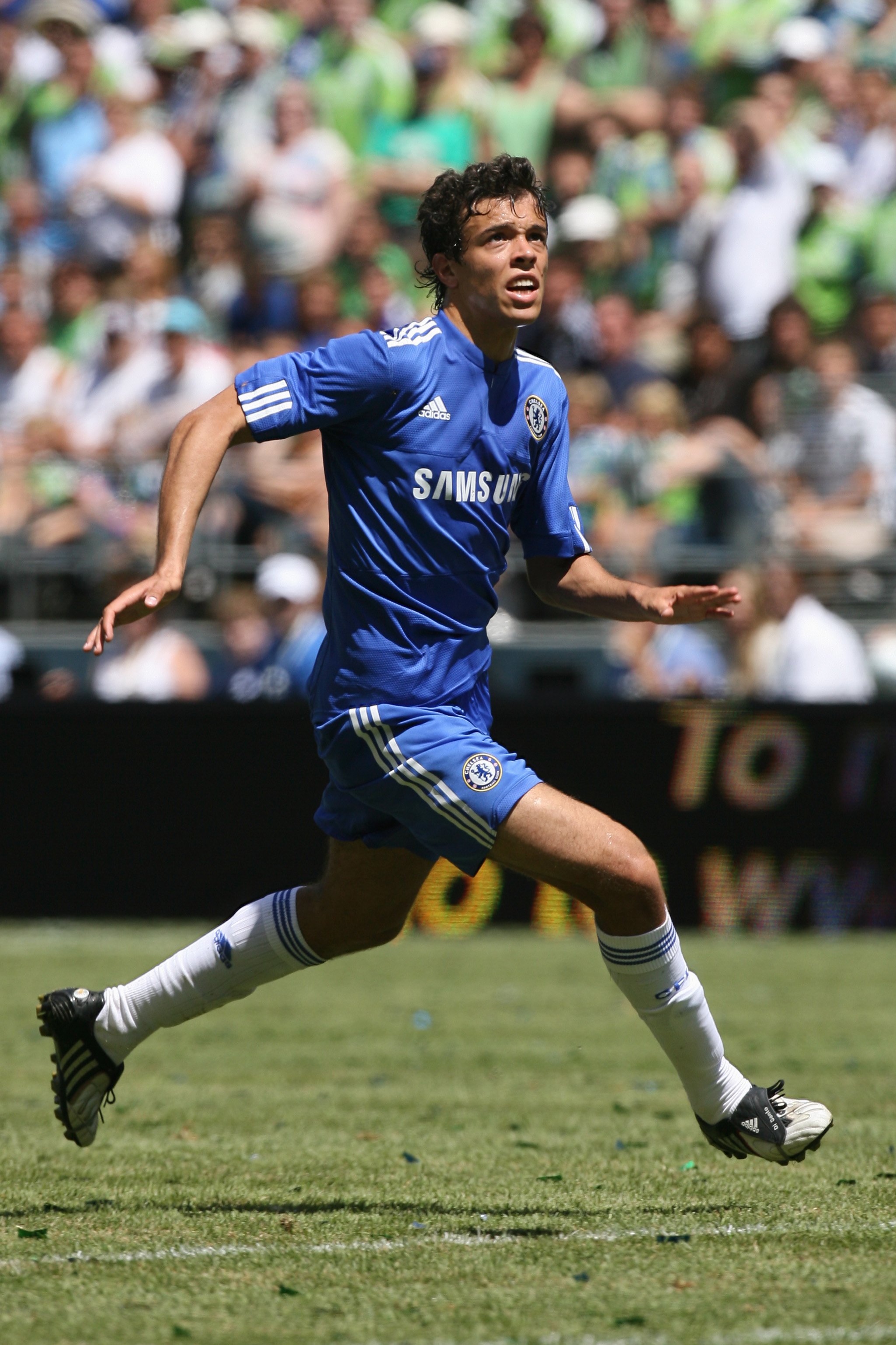 Wigan Athletic landed another budding youngster in Franco di Santo to go along with Victor Moses.

The 21-year-old's true worth may take some time to be counted, but since he won't be seeing time for Chelsea, the Blues felt no shame in loaning the Argentine even within the Premiership.

Di Santo's finishing ability could pair well with Moses, but Wigan will need a lot more veteran leadership and performance instead of packing in the talented youth. 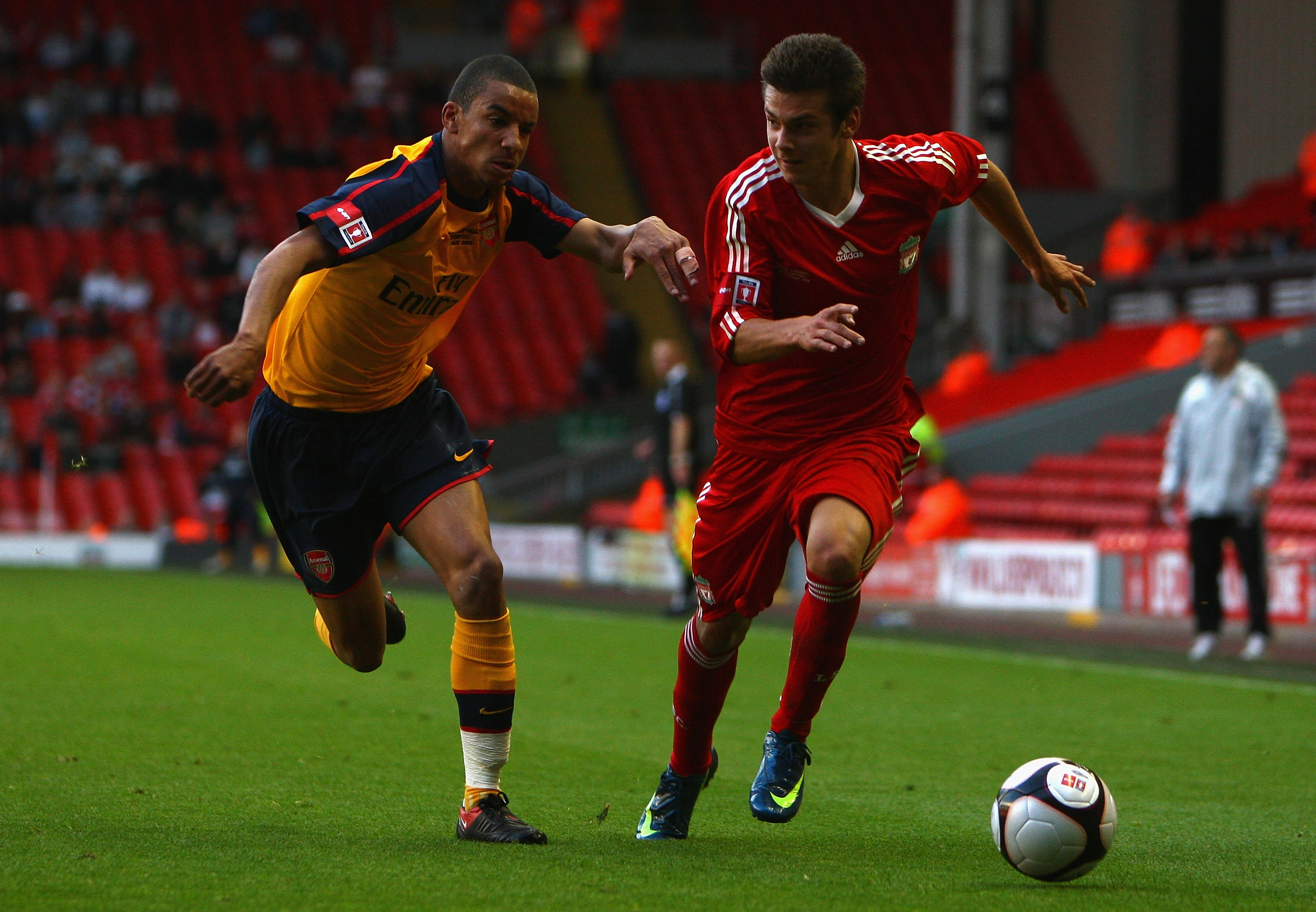 Alexander Kacaniklic (say that five times fast) to Fulham was part of a deal that saw Paul Konchesky to Liverpool.

The 19-year-old Swedish midfielder could turn into a great anchor at Craven Cottage. He has the pace to get around defenders, and his control lets him play all over the pitch.

But at just 5'11", his true position may be more as a winger. At any rate, Kacaniklic is a huge pickup for the future at Fulham. 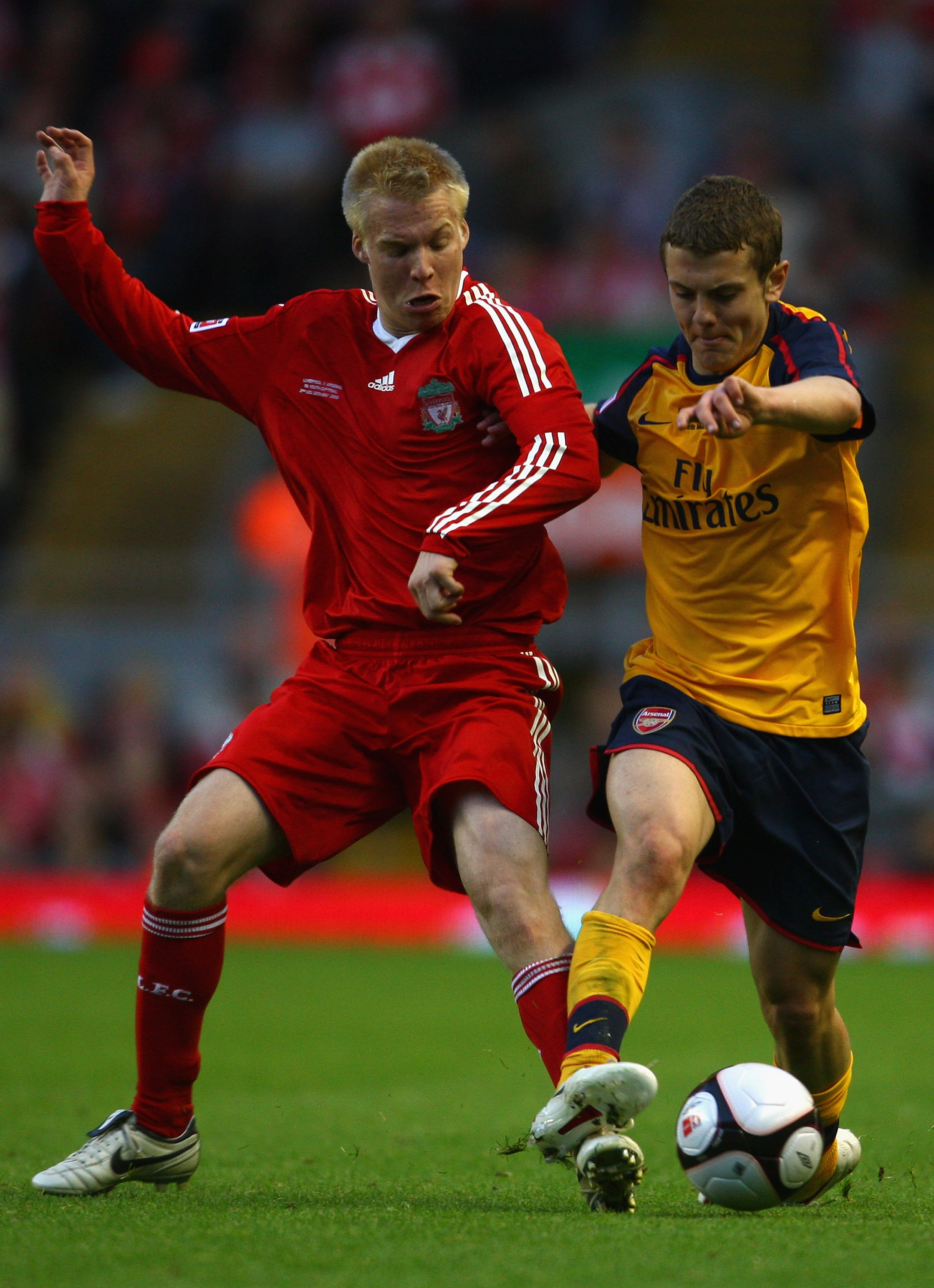 Another player involved in the Paul Konchesky switch to Liverpool was Lauri Dalla Valle, an 18-year-old striker from Finland.

Dalla Valle's smart and crisp finishing will only get better as he progresses through the ranks at Fulham, and with a couple of young players who've demonstrated the capacity for top-flight consideration in Kacaniklic and Dalla Valle, the Cottagers may have some mainstays for years.

Look for the Fin to begin making his mark in only a few seasons. 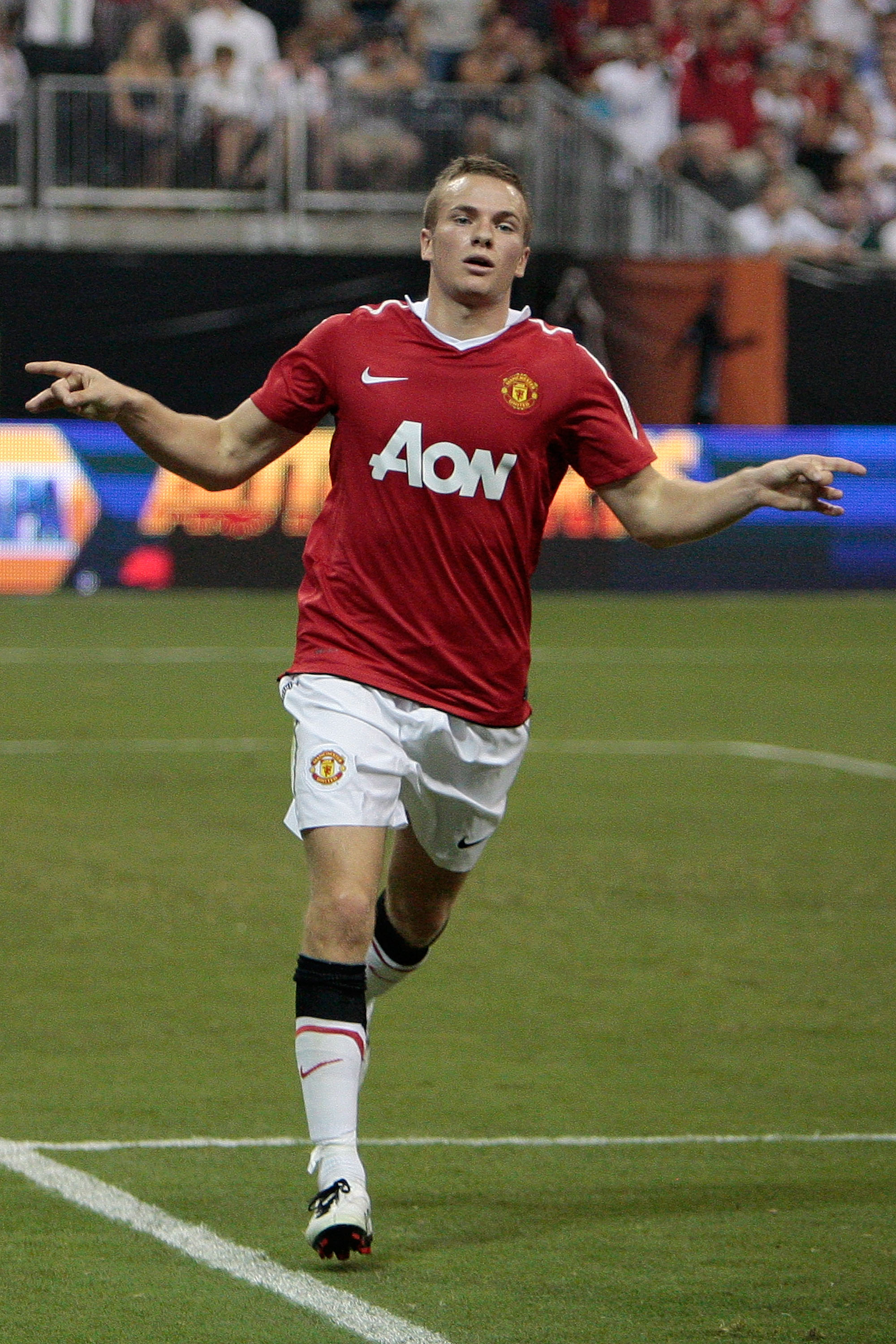 Another young forward is headed to Wigan.

The 21-year-old Englishman Tom Cleverley comes to the DW Stadium, where the final third looks to be full of youth stars in Cleverley, Franco di Santo (on loan from Chelsea) and Victor Moses.

It is unlikely that all three will see the pitch at the same time, but manager Roberto Martinez needs to find the right combinations if he wishes to see his club into the mid-tables.

The deal for Cleverley may not have been the best fit for Wigan, but he seeps with talent. 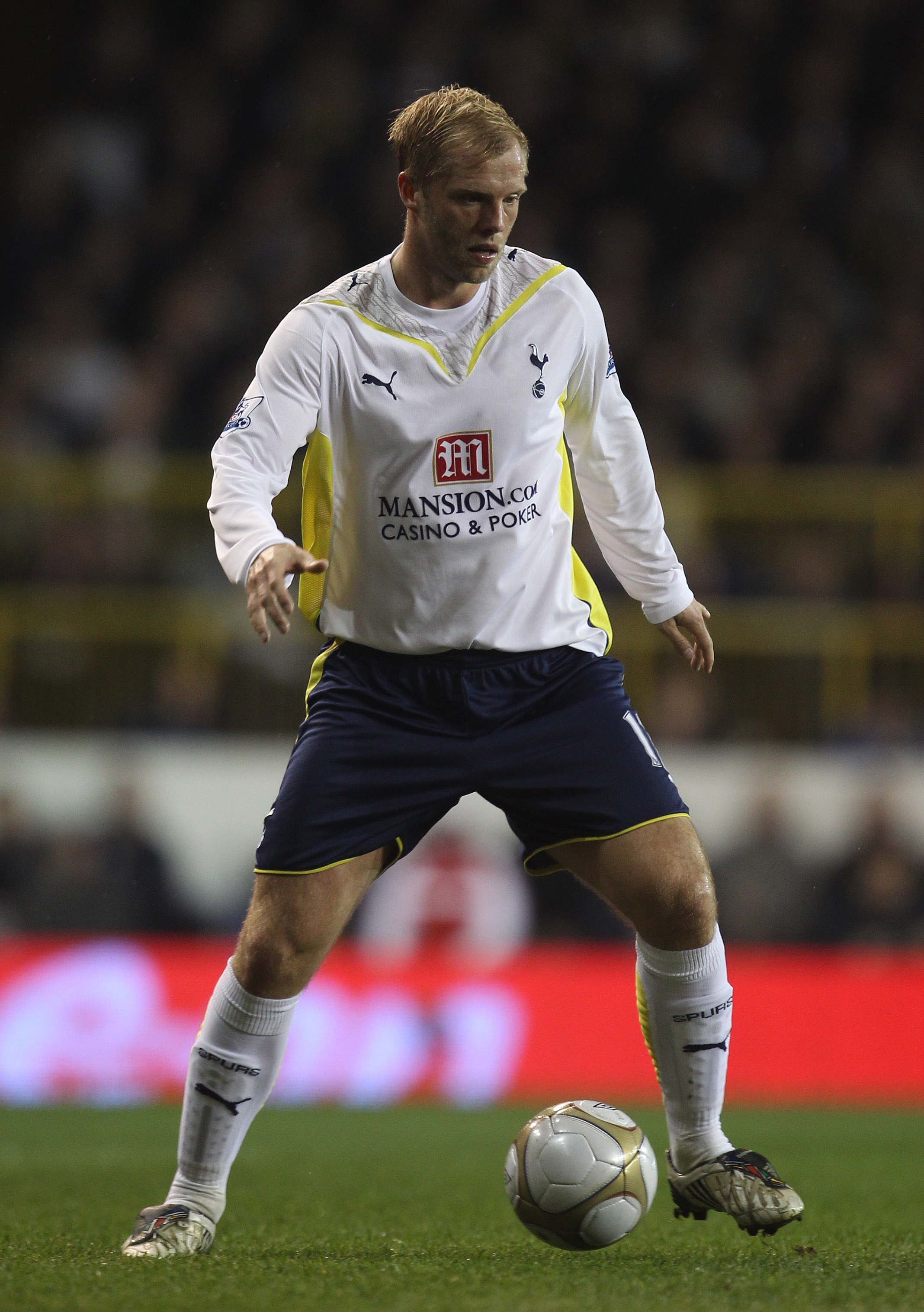 Most known for his fabulous stint for Chelsea, Eidur Gudjohnsen is back in the Premier League for the second time in as many seasons.

Last year, he came to Tottenham on loan from AS Monaco, but this year the Icelander was dealt to Stoke City on full ownership.

The 31-year-old attacking midfielder and forward may be on the heels of his career, but his experience all over Europe can never be discounted.

If maintaining a spot in the Premier League is what the Potters wish to accomplish, Gudjohnsen is a good addition for that. He can bring a sort of stability to the front if he can find his form. 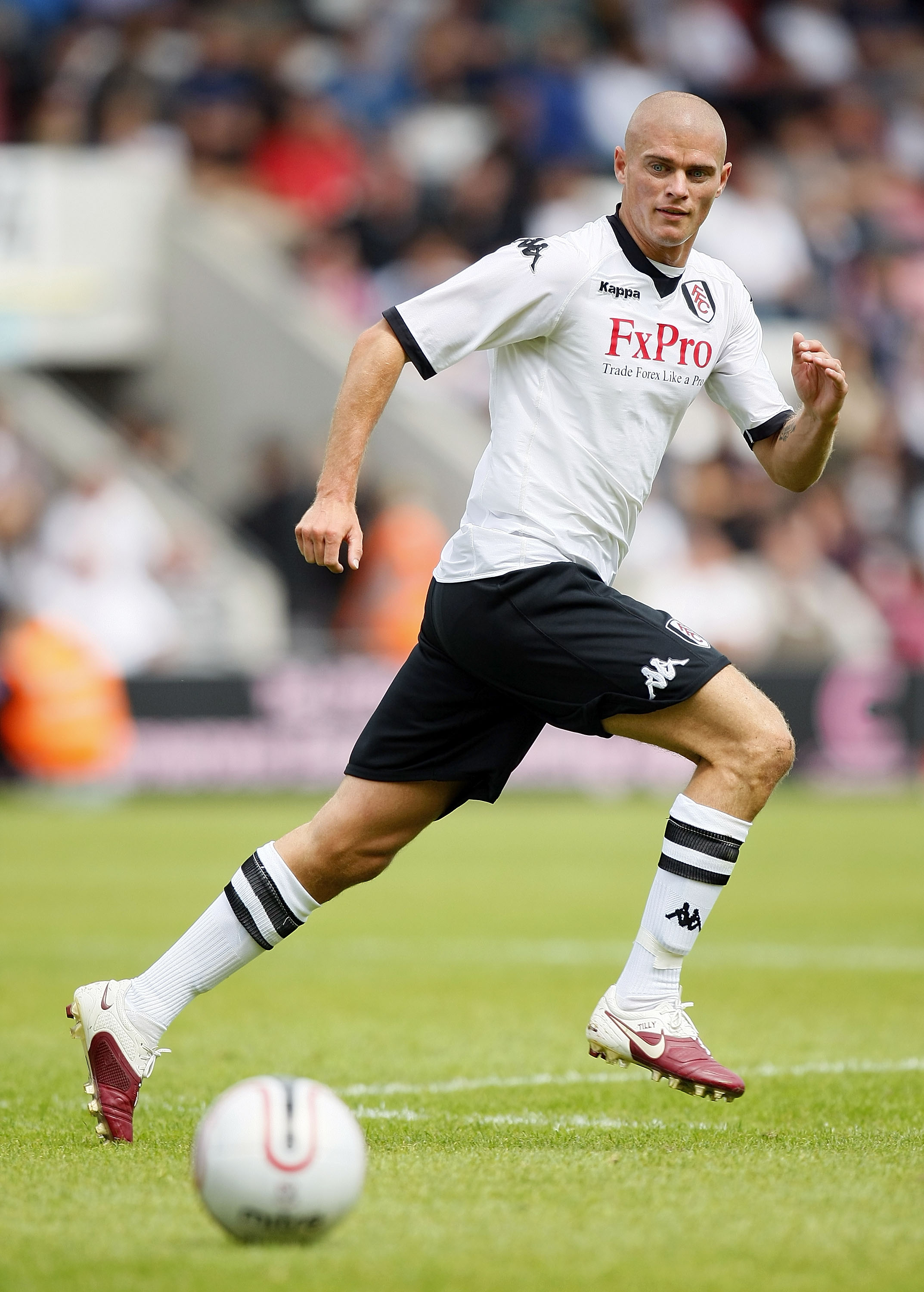 Former Fulham manager and now Liverpool boss Roy Hodgson snatched a former player of his at Craven Cottage in a deal just before the deadline.

In exchange for Paul Konchesky, the Reds sent youngsters Alexander Kacaniklic and Lauri Dalla Valle to the Cottagers.

The deal appears to shore up any holes on defense. The acquisitions of the 29-year-old Konchesky and Christian Poulsen bring a great deal of aggression and strength to Anfield.

This could be the combo that helps bring Liverpool back to the top of the Premier League. 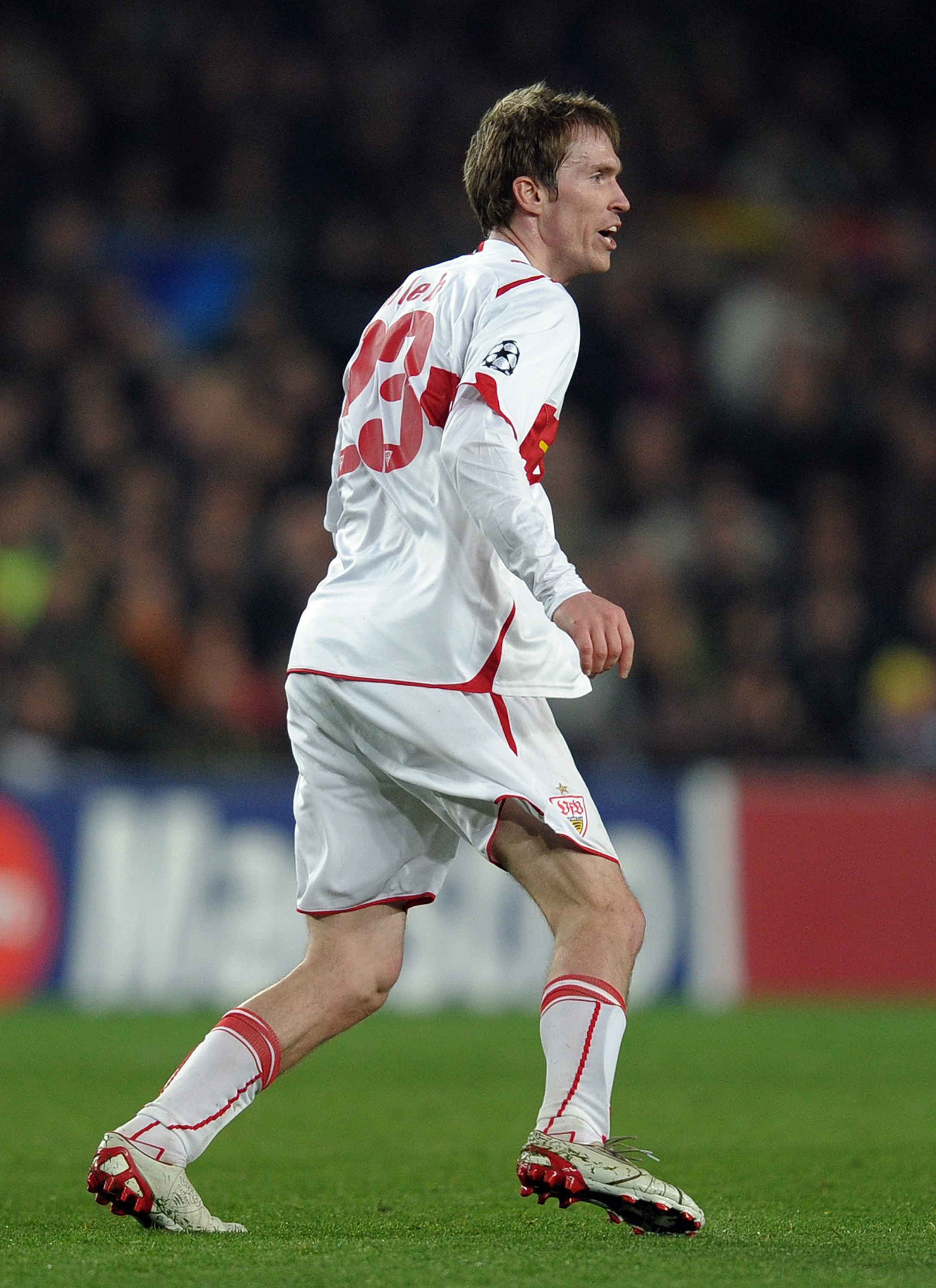 Birmingham landed attacking midfielder Alexander Hleb on loan from Barcelona, adding yet another potential middle man to the roster to play with Lee Bowyer and Sebastian Larsson.

At 29, Hleb hasn't played for Barcelona since 2008, taking on a loan spell with Stuttgart, a club in which he previously called home for 137 fixtures.

Hleb brings experience to a Birmingham side looking to inch just a couple of spots up in the tables to claim European competitions.

The addition of the Belorussian surely won't hurt, but Birmingham will need plenty of help. 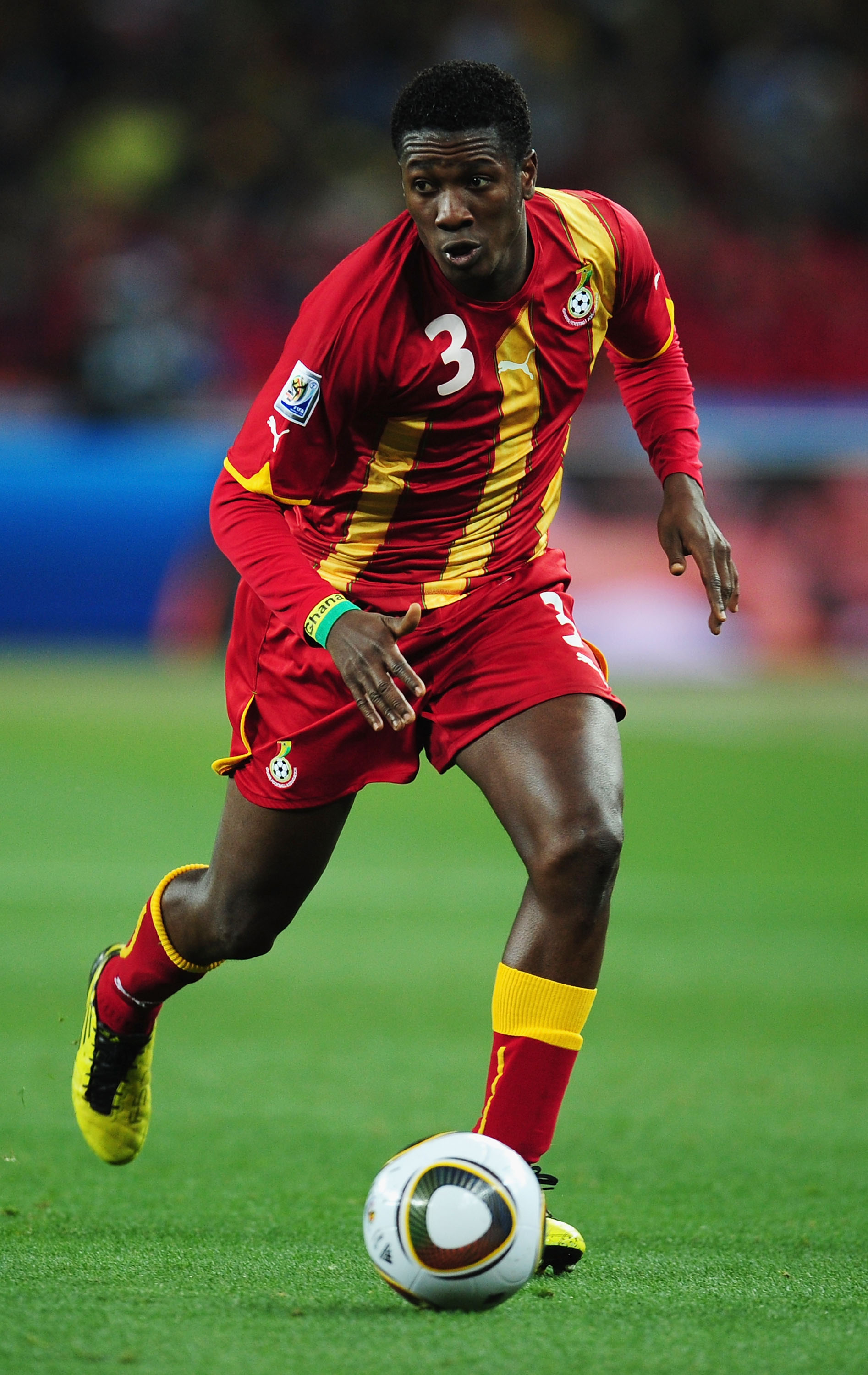 Sunderland landed the World Cup star out of Ghana, a deal that looks to be a replacement for the departed Kenwyne Jones.

At 24 years old, Gyan can be an anchor for the Black Cats for some years to come. His speed and finishing abilities may take the bitterness out of Sunderland fans when Jones left for Stoke City.

While the club isn't in a position to make serious noise in the Premiership, a couple of added pieces later could tumble into a squad that is very formidable and competitive in the top flight. 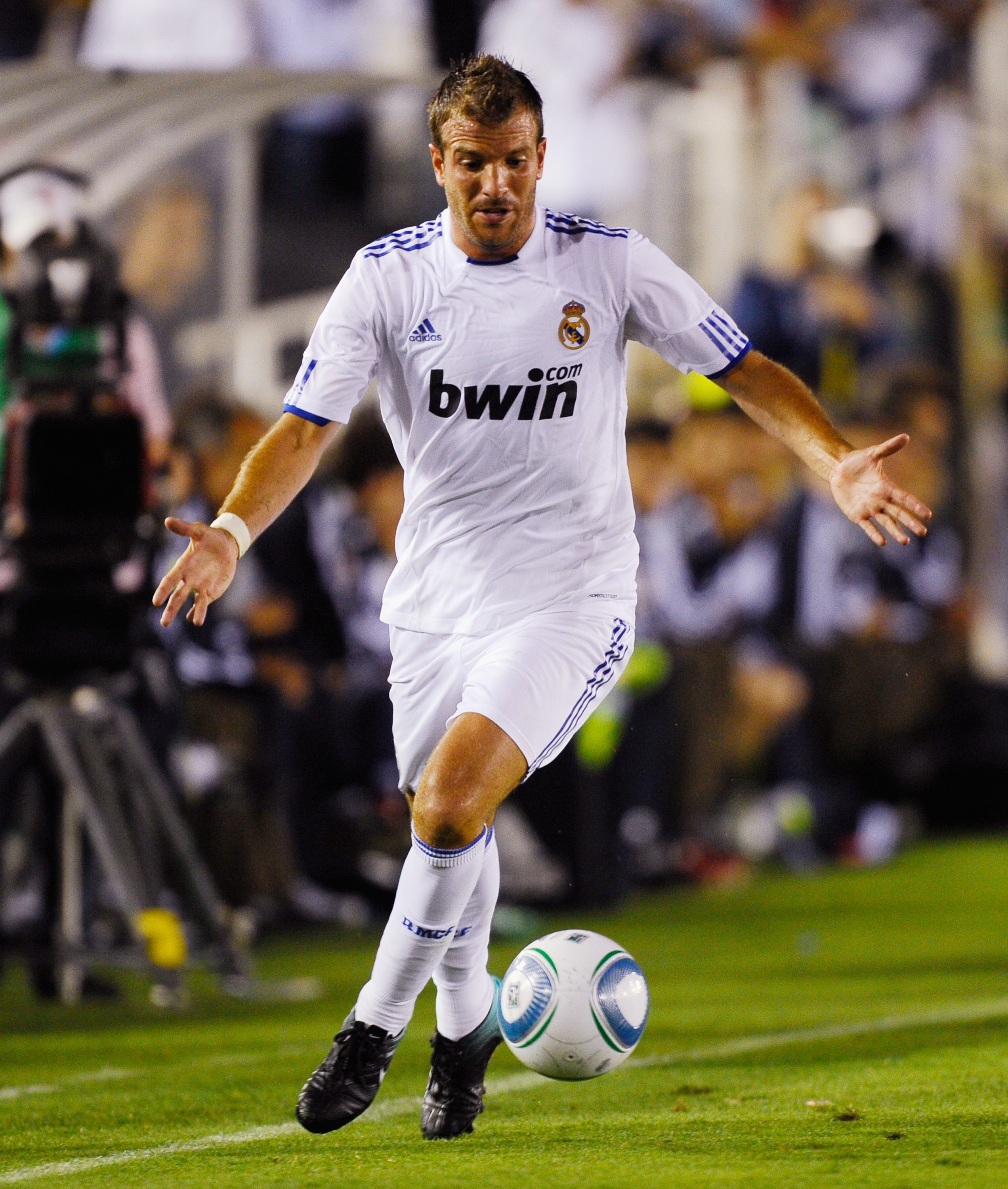 In the closing minutes of the transfer window, the front offices of Real Madrid and Tottenham scrambled to finalize a deal sending Rafael van der Vaart to North London on an £8 million agreement.

Van der Vaart's arrival to Tottenham fills a need for a controlling midfielder with good distribution skills. Ideally, Spurs would have enjoyed a striker like Klass-Jan Huntelaar, but his move to Schalke forced manager Harry Redknapp to look elsewhere.

The timing works well, with Champions League group play just a couple of weeks away, the Dutchman's experience will be invaluable.