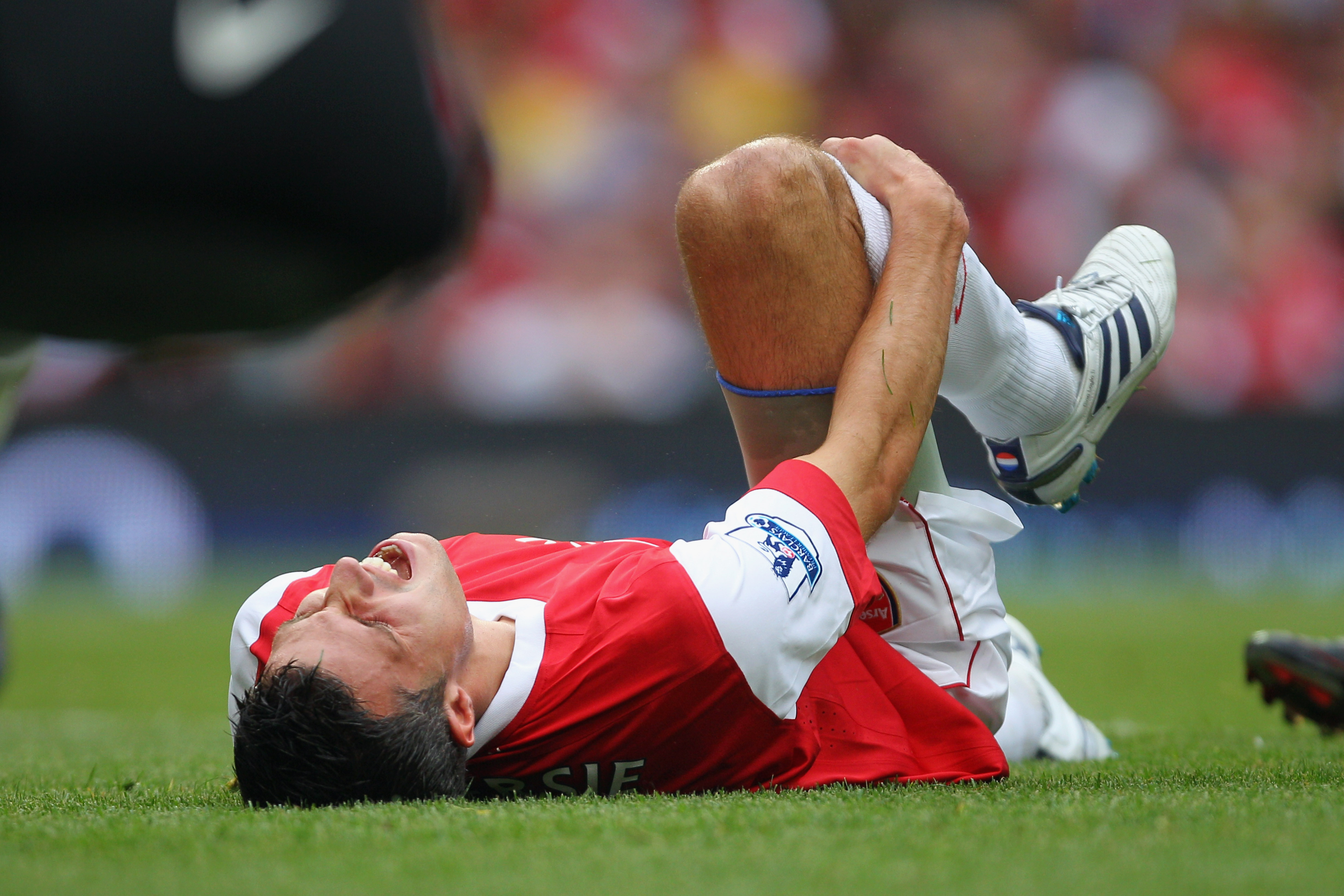 Sure, it's just one injury. But it's a bad omen for a Gunners team looking to challenge for the crown.Clive Rose/Getty Images

The annual injury to Robin van Persie has become as much a part of football at Emirates Stadium as Arsene Wenger.

This time around, it's the talented Dutchman's ankle that will cause him to miss "a few weeks," according to reports coming out of the Gunners' camp.

Here are 10 reasons why this could be the beginning of the end for the Gunners' title hopes. 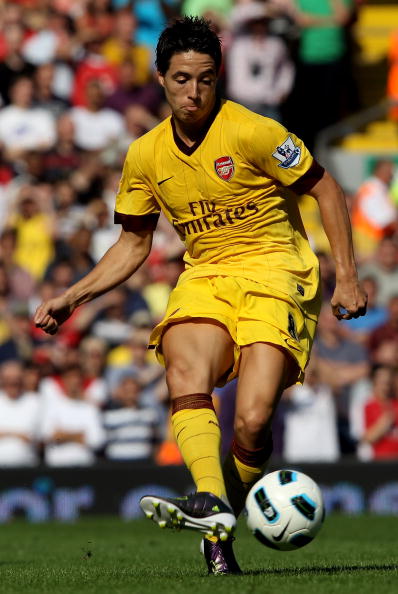 Nasri's injury could spell trouble for the Gunners.Clive Brunskill/Getty Images

Van Persie isn't the only Gunner to go down early this season. Midfielder Samir Nasri has a serious knee injury, one that required surgery and will take at least a month to heal.

While this injury opens the door for young talent like Englishman Jack Wilshere to see playing time, it will be difficult for Arsenal to replace Nasri for more than a month. He's a skilled facilitator who has a decent shot from the midfield.

So far, it has been Thomas Rosicky who has seen time in Nasri's place, and he has performed admirably. But he's not the player he used to be. Other than Wilshere, none of the Frenchman's potential replacements have the star power that he possesses. 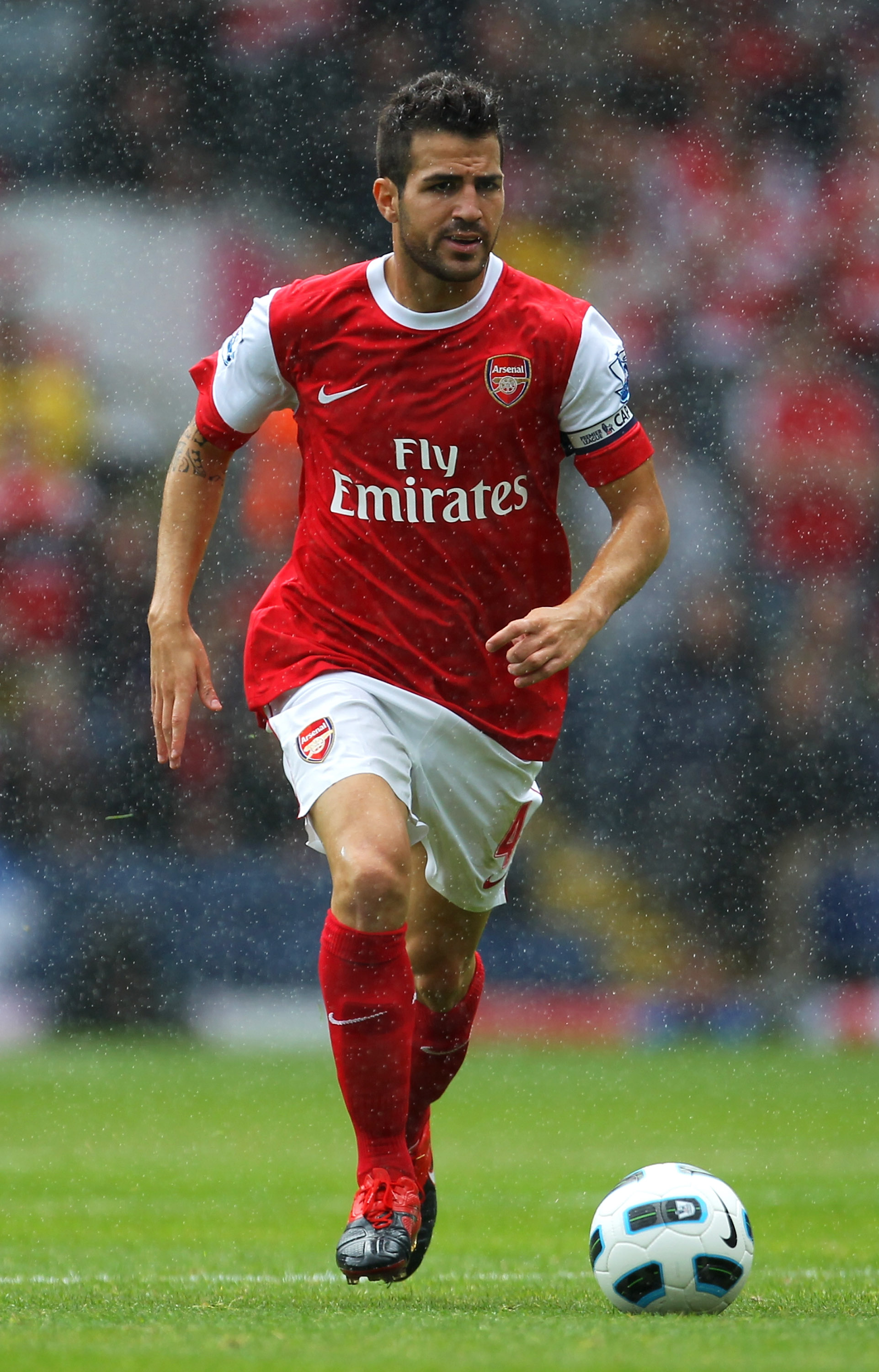 This sight might not be long for Emirates stadium.Alex Livesey/Getty Images

Before you get all worried (or excited), no, Cesc Fabregas is not injured. But while it is clear that the 23-year-old will not be leaving the Gunners, he needs van Persie as much as the Gunners do.

Fabregas is an incredible creator. He's at his best facilitating the offense and picking apart the defense with his strong passes and the occasional surgical strike.

With van Persie hurt, he now loses a taller head to put his crosses and through balls on. Chamakh has been solid thus far this year, but he's still not van Persie. In order for Fabregas to play to his fullest potential, which Wenger and Arsenal need to compete this season, Robin van Persie should be on the field. 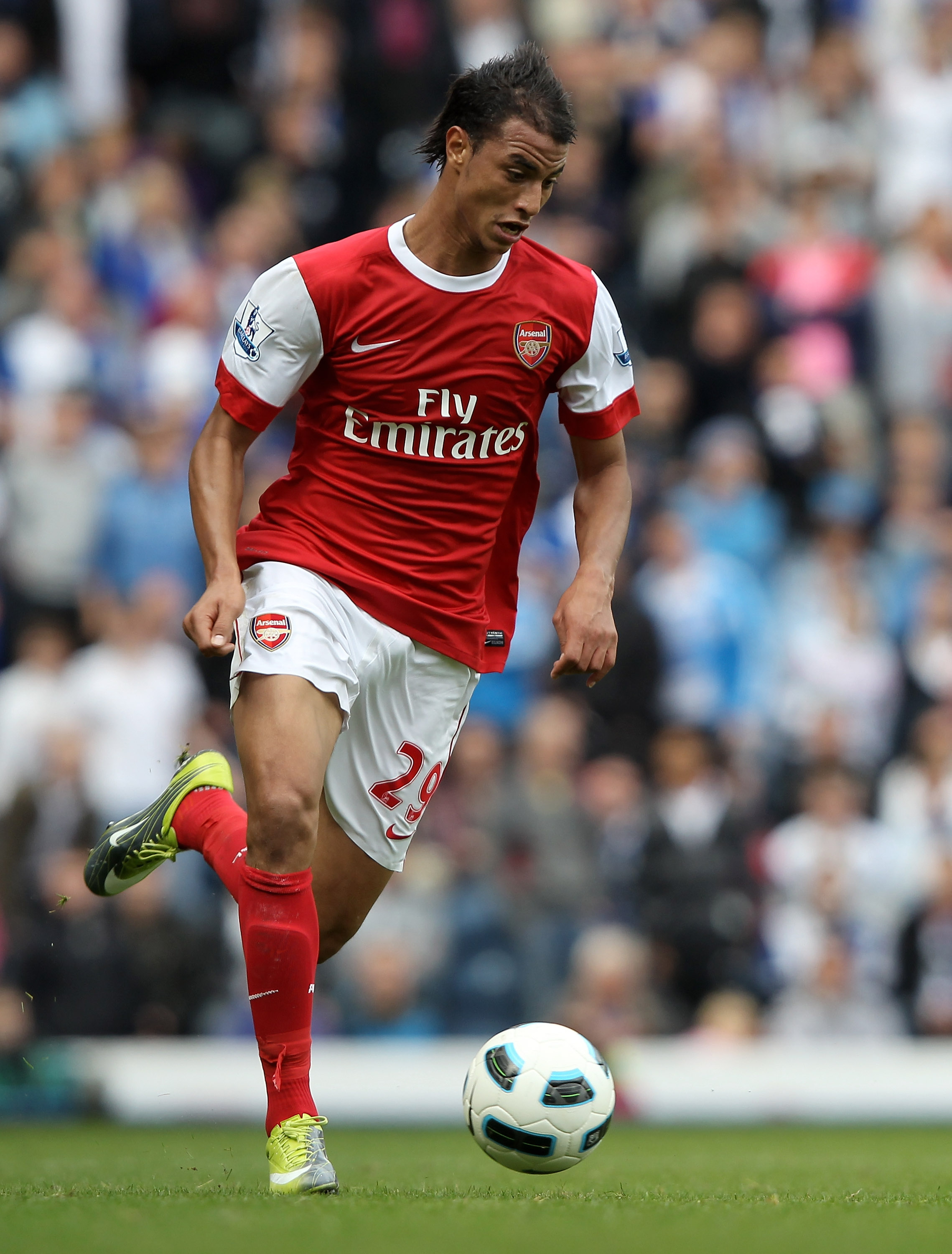 Is Chamakh talented? Yes. Is he Robin van Persie? No. And that's a problem.Clive Brunskill/Getty Images

Marouane Chamakh is a talented player. There's no denying that. He's fantastic in the air, and can help teammates produce with his adept footwork.

But Chamakh is only a mid-level goal scorer. He broke the 10 goal plateau just twice in his time with Bordeaux, in 2008-09, and only broke the 15 goal plateau last season.

Robin van Persie, when he's healthy, can score 20 goals in a season. He's just never healthy. But that doesn't change the fact that while Chamakh is a solid player, he won't produce at the level van Persie was capable of producing. 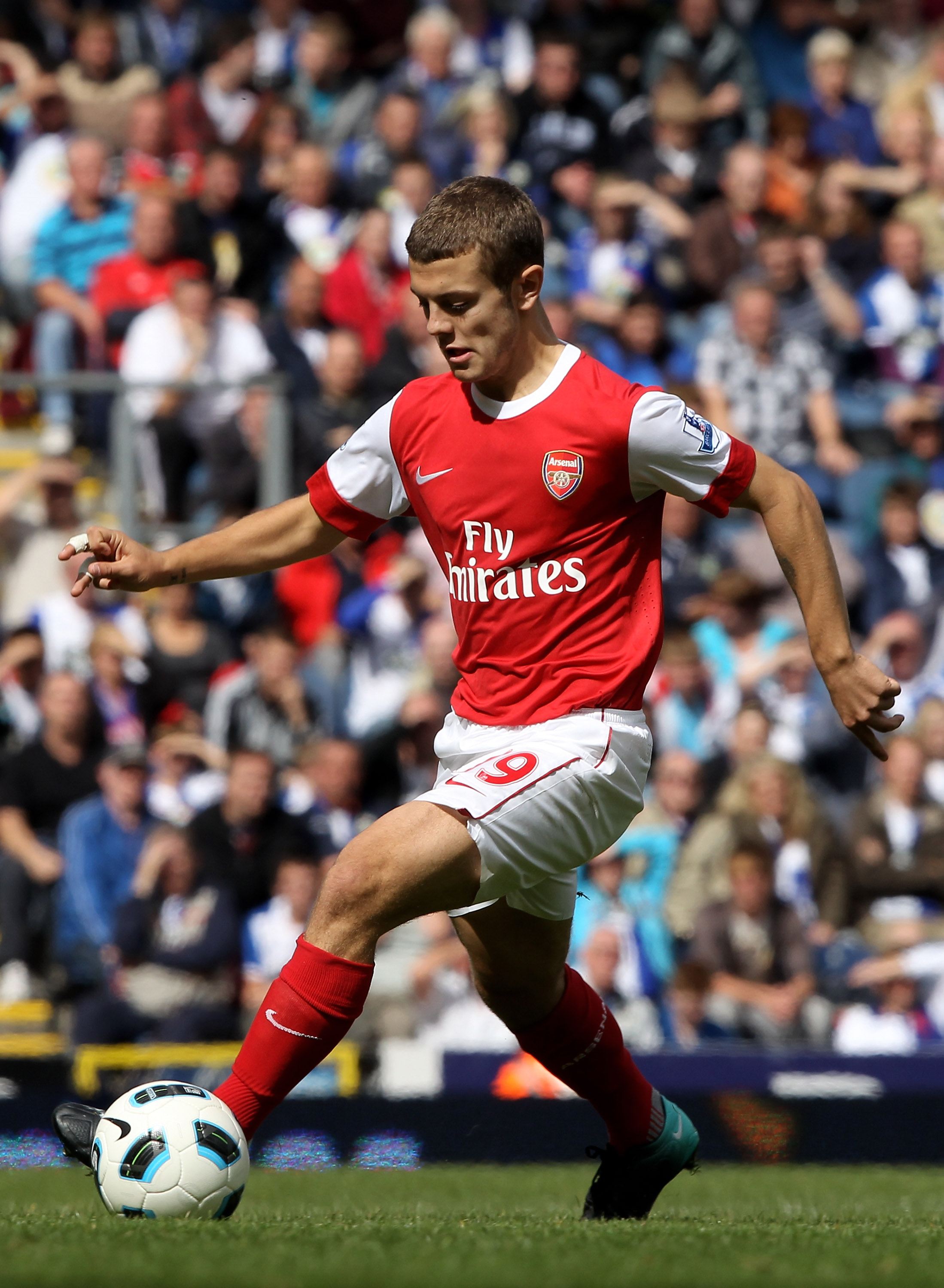 Jack Wilshere is arguably the most talented young English midfielder in the EPL. He has pace, touch, and a strong football IQ, despite his youth.

But he's also only 19. While it seems as though strikers and forwards develop more quickly into elite players (Wayne Rooney, Cristiano Ronaldo), midfielders can take a bit longer to reach their full potential.

With all that is required of midfielders in Wenger's system, it could be a bit much for the young Englishman to handle right away. When Nasri and van Persie were healthy, Wenger could ease him into his role this season. Now? His time to shine could be coming sooner rather than later, which could be damaging both to his long term potential and Arsenal's title hopes.

He's played fairly well this season, but we have a long way to go before the season is done. Wilshere has to live up to the hype.

6. Thomas Rosicky Isn't Getting Any Younger 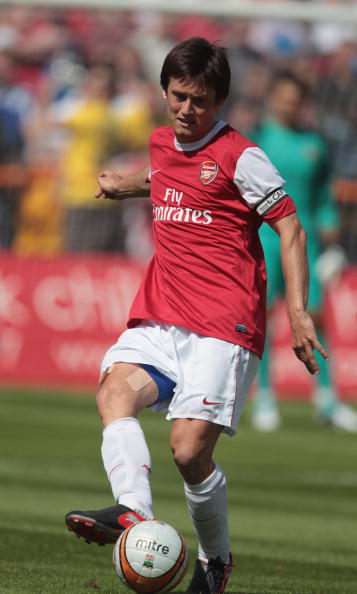 When the Gunners signed Thomas Rosicky in 2006, he was brought on as a talented, energetic midfielder. With his attacking pace and blistering shot, he was a welcome addition to the Gunners' side.

Fast forward to 2010. Rosicky, now 29, has been sidelined regularly with injuries since he arrived at Emirates. Those injuries have sapped much of his explosiveness and even some of the power from his shot.

He's still a talented player, but not what he was when he was signed. However, the injuries to both Nasri and van Persie will force Rosicky into active duty more than is probably smart at this stage of his career. As players get older, their propensity for injury tends to rise, meaning the more Rosicky plays, the more likely it is he will suffer another serious injury. 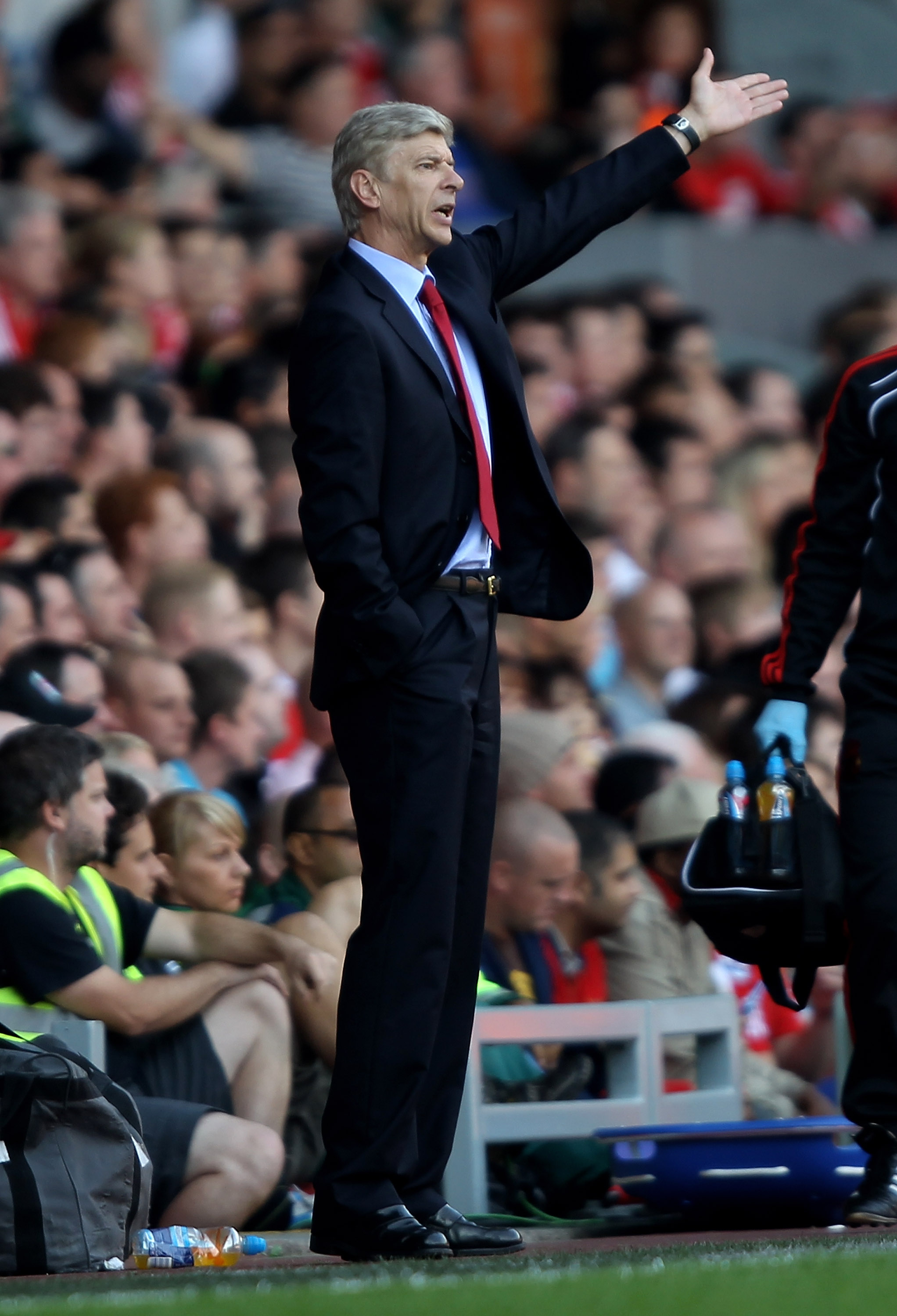 Yes, I realize that the Gunners tied Liverpool on the road, and beat Blackburn in week three. But Liverpool was at 10-men for the entire second half; Arsenal should have been able to beat them, Anfield or no Anfield.

All of those matchups are on the road before they come to Emirates, which means that Arsenal could find themselves in trouble if their road toughness doesn't improve. 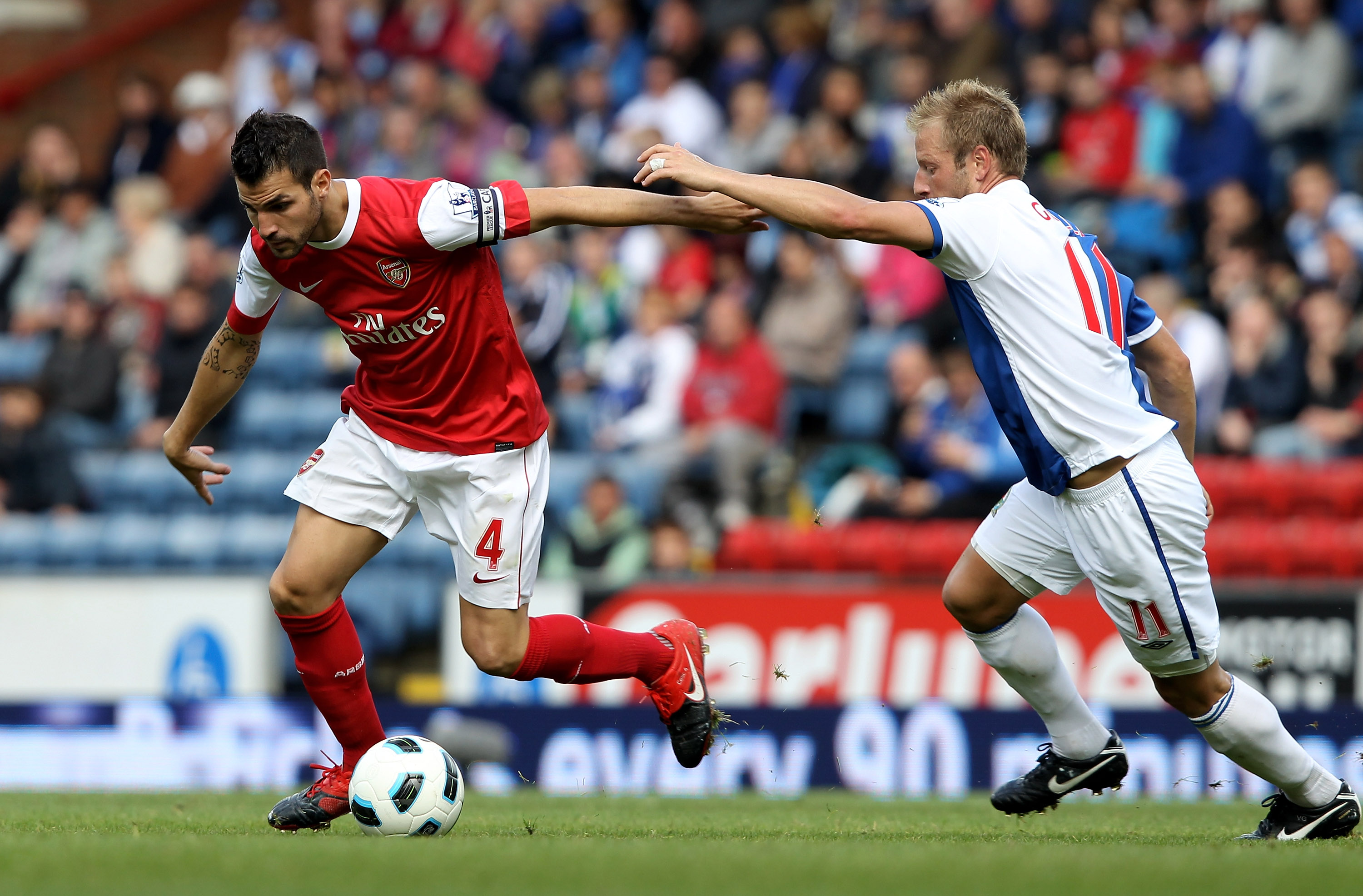 Regardless of the injuries, Arsenal has the deepest well of offensive talent to draw from. Players like Theo Walcott, Fabregas, Wilshere, Nasri, Arshavin, Chamakh, Bendtner, Rosicky, and Eboue form a deep, talented pool of players that Arsene Wenger can draw from.

With the issues detailed in number one, Wenger needs as many potent scorers as he can get, because this team will struggle to beat top tier teams 1-0. With two of his better potential scorers injured, he can scarcely afford to lose any more. So while Arsenal has one of the deepest attacks in the EPL, their style means that they could use one or two more. 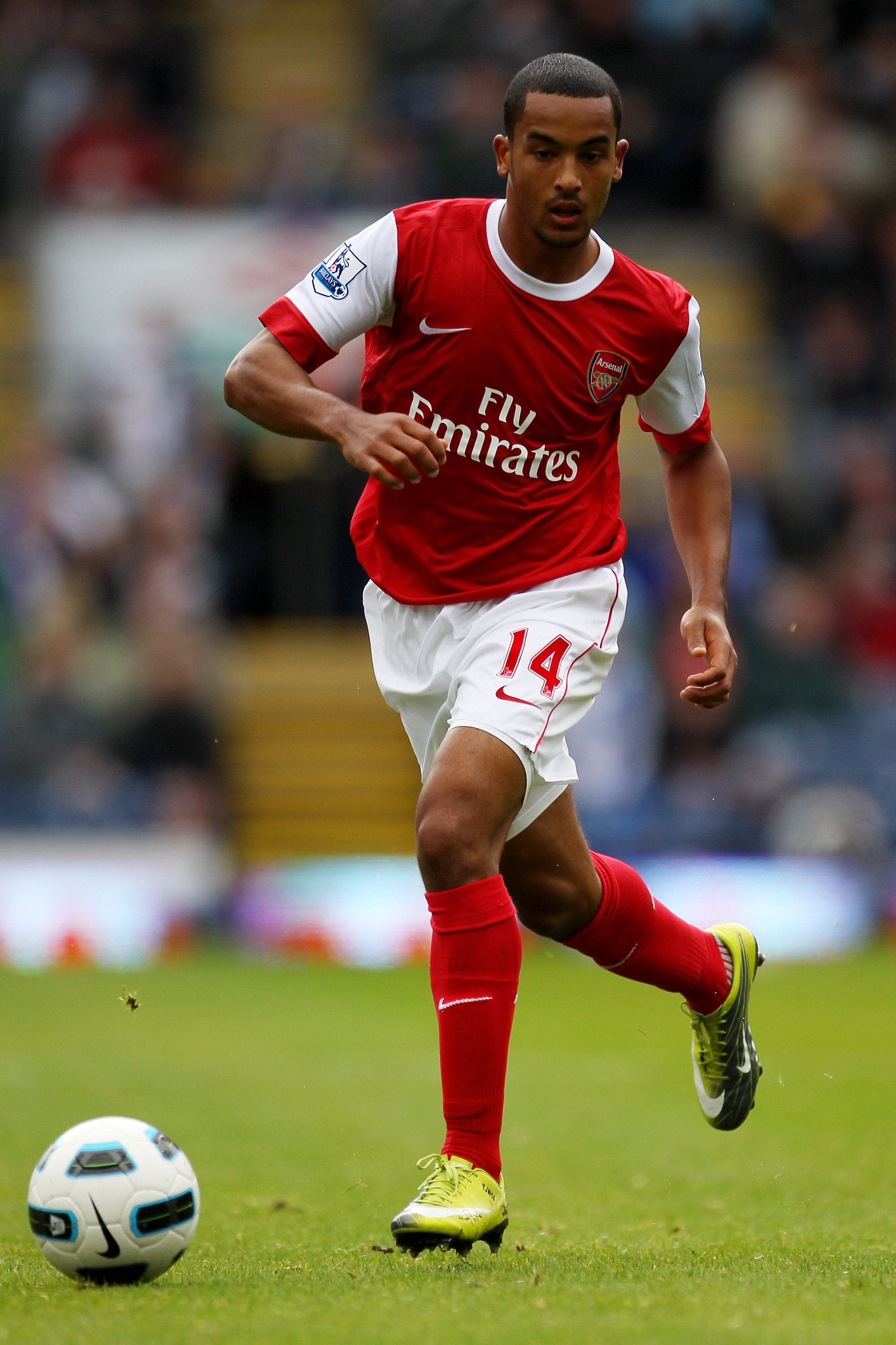 Through three weeks of the season, Walcott has been a revelation for the Gunners. With four goals in three games, it's clear Walcott has arrived.

But with van Persie sidelined, Walcott could find that his lanes are drying up. Teams will look to shut down Arsenal's go-to scorer, and so far this year, that's been Walcott. As long as van Persie isn't drawing defenders by sitting on the sidelines, Walcott will find himself with less room to maneuver. 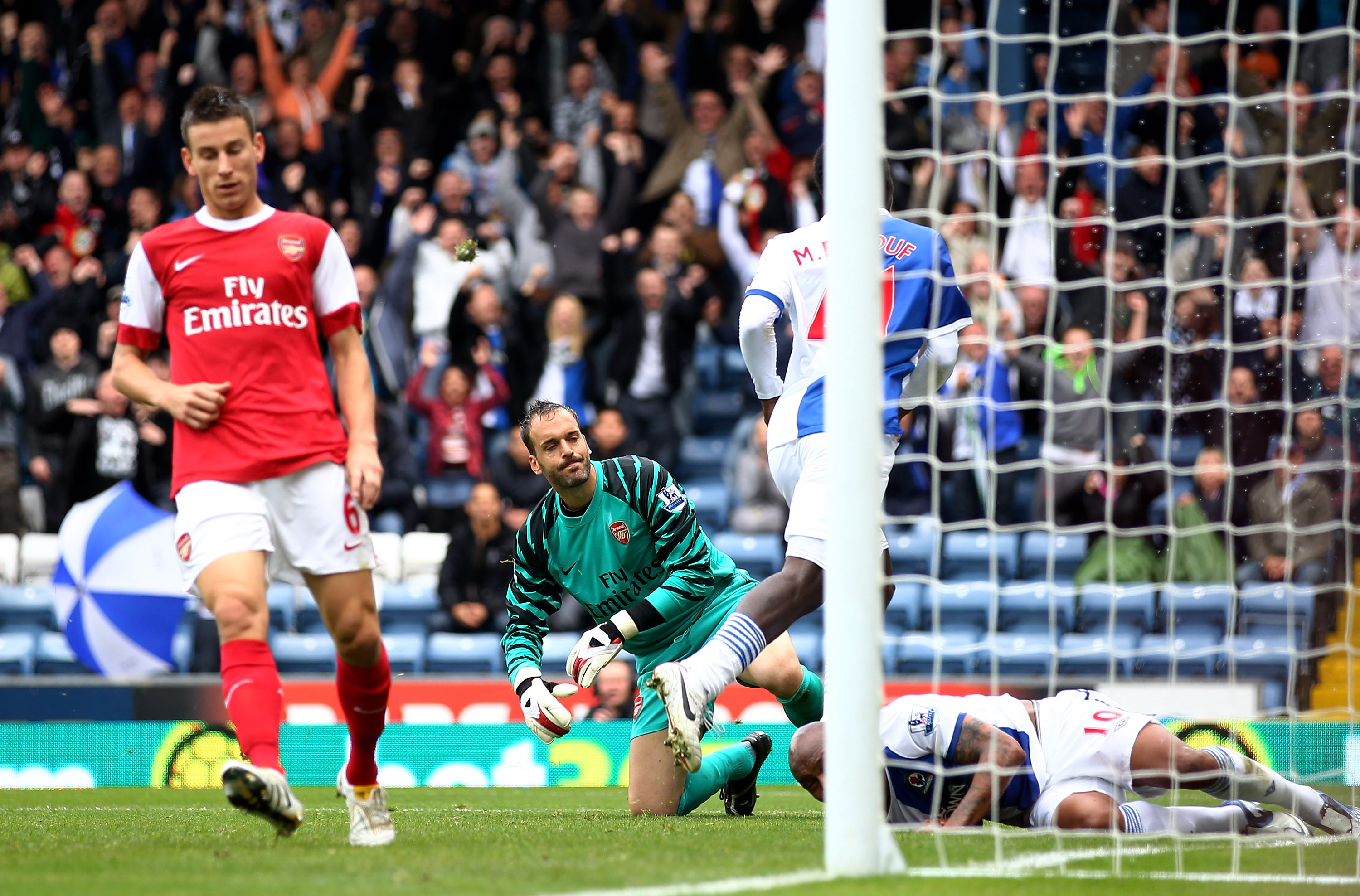 Arsenal's goalkeeping woes have been well documented leading into the season. And already, Almunia hasn't put his best foot forward, letting in goals against both Liverpool and Blackburn.

Arsenal attempted to acquire both Mark Schwarzer from Fulham, and Shay Given from Manchester City, but wound up getting neither one.

This poses a huge threat to Arsenal's season, as it means that Almunia is their keeper until at least January. Their only hope is that the Spaniard finds his game, or that one of their young prospects step to the fore. 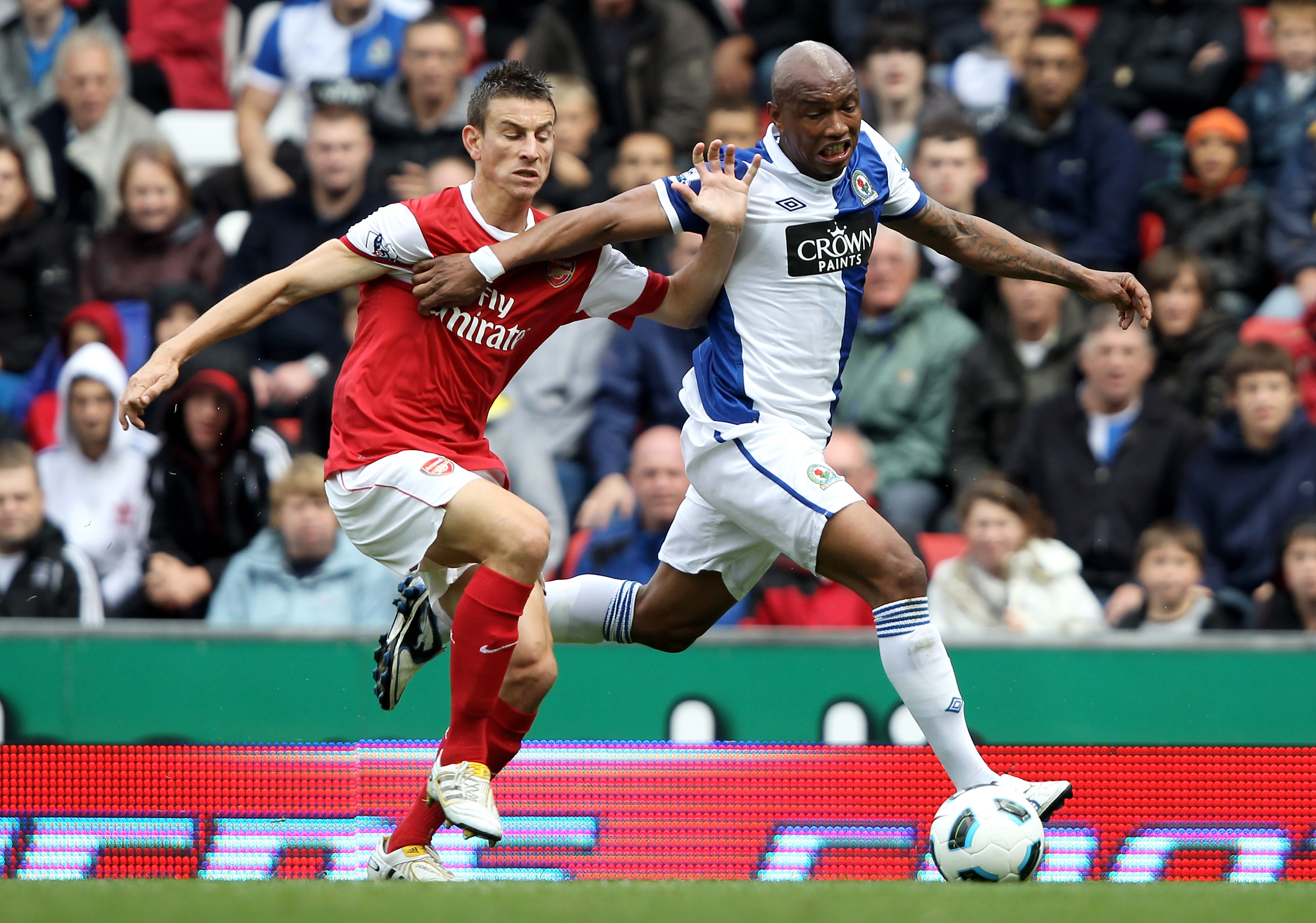 Ah yes, the biggest barrier to the Gunners' title hopes year in and year out. Laurent Koscielny was routinely blown by against Blackburn, and the defense gave up good scoring chances to 10-man Liverpool in week one.

That tells me that the true elite teams will have little trouble picking apart the back line, and it's now too late for Wenger to save them with a big transfer signing.

Perhaps, when Wenger decides to play Johan Djourou again, things will improve, but for now, the defense is the biggest hurdle for the Gunners 2010-11 hopes.