Sleeper Central: Five Reasons Why The Raiders Will Win The AFC West 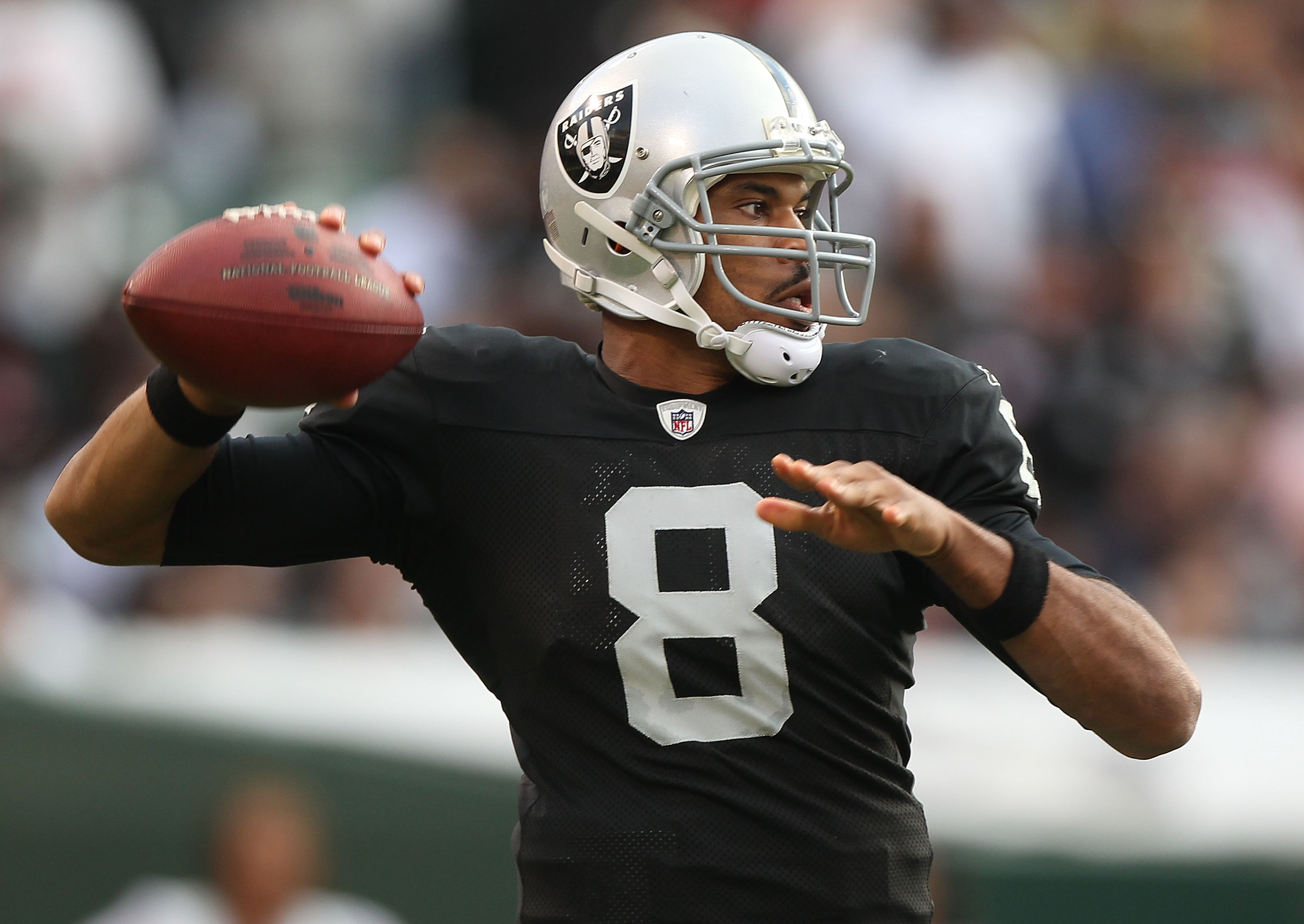 Can Jason Campbell lead the Raiders to the playoffs?Jed Jacobsohn/Getty Images

The Oakland Raiders have been the laughingstock of the NFL for far too long.

While many other teams continue the struggle to find their way back to the light of playoff berths and winning seasons, the Raider nation has replaced that burned out light bulb with one that glows a pirate silhouette.

While plenty of other NFL teams have done worse than Oakland over the years, no other team has been ridiculed or criticized as much as they have.

However the era of Raider-hatin' is over.

And the time for the black hole has begun.

Here are five reasons why.

No. 5: Best Defense in The AFC West 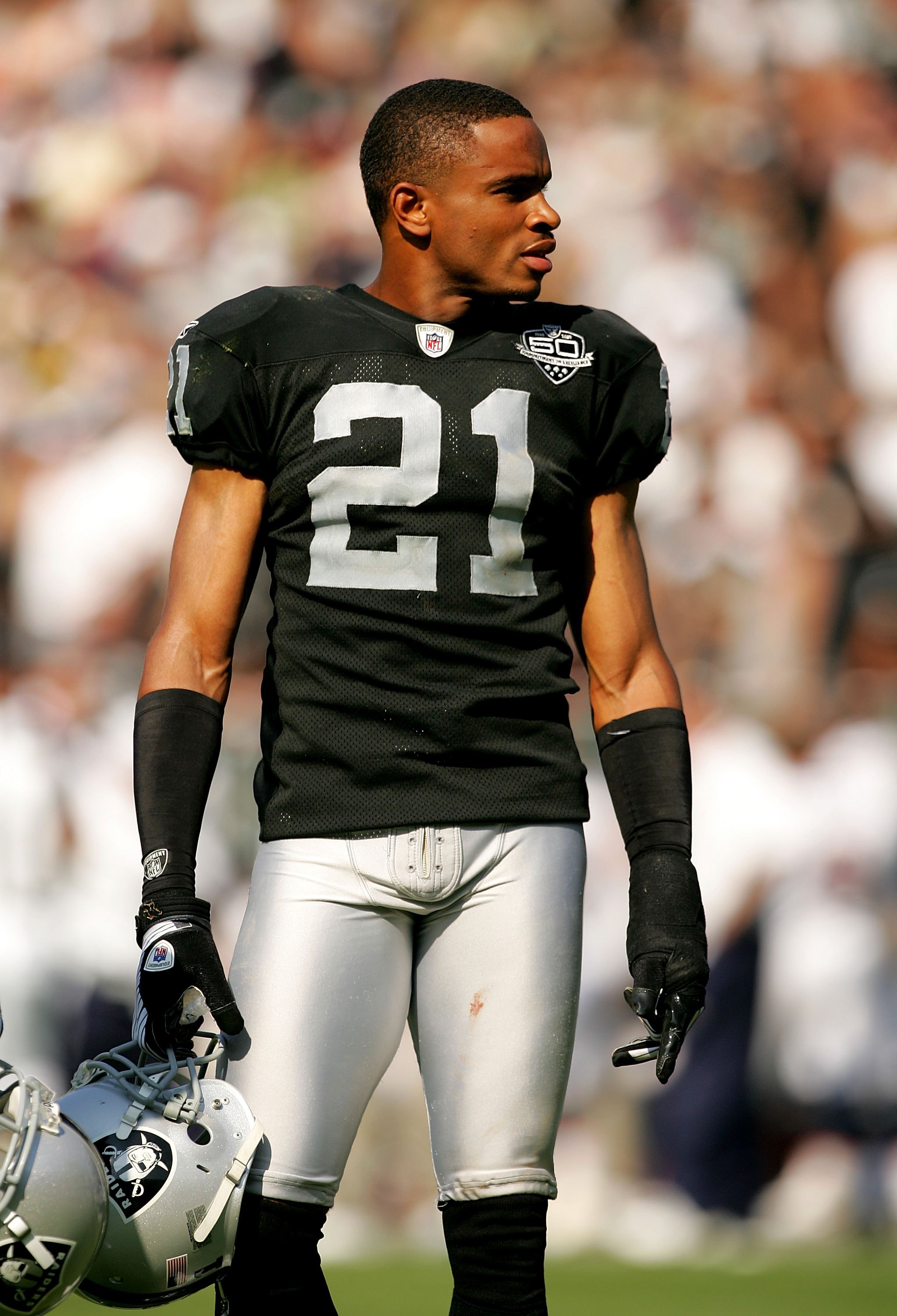 Saying Oakland is the best at anything is a bold statement in these hard times for Raider fans.

But I've got two words for you that changes that: Awesome Wah! aka Nnamdi Asomugha.

With a defense built around one of the best defensive backs in the league that includes Richard Seymour, Tyvon Branch, and rookie linebacker Rolando McClain, Oakland fans should be salivating at the chance to see this team shine again.

Without a doubt, the Oakland Raiders have the superior defense among the teams in the AFC West.

No. 4: A Decent Quarterback 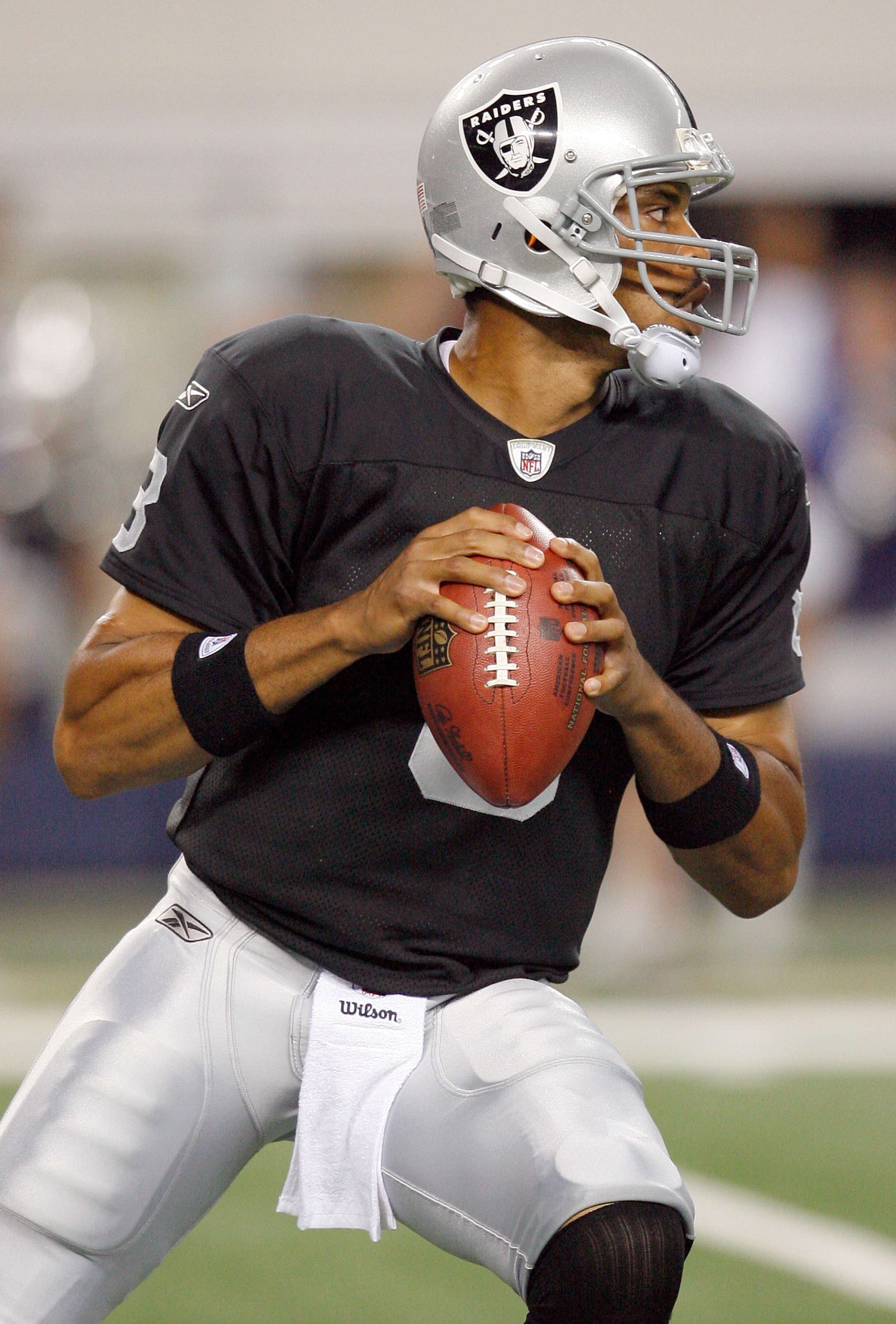 I wouldn't go as far as saying Jason Campbell will throw 40 touchdowns and beat Peyton Manning in a close race for NFL MVP.

But that's because they don't need an MVP quarterback.

They need someone who can manage the game and minimize turnovers.

That being said, the best decision the Raiders made this offseason was releasing JaMarcus Russel and replacing him with Jason Campbell.

No. 3: Finally A Good Draft 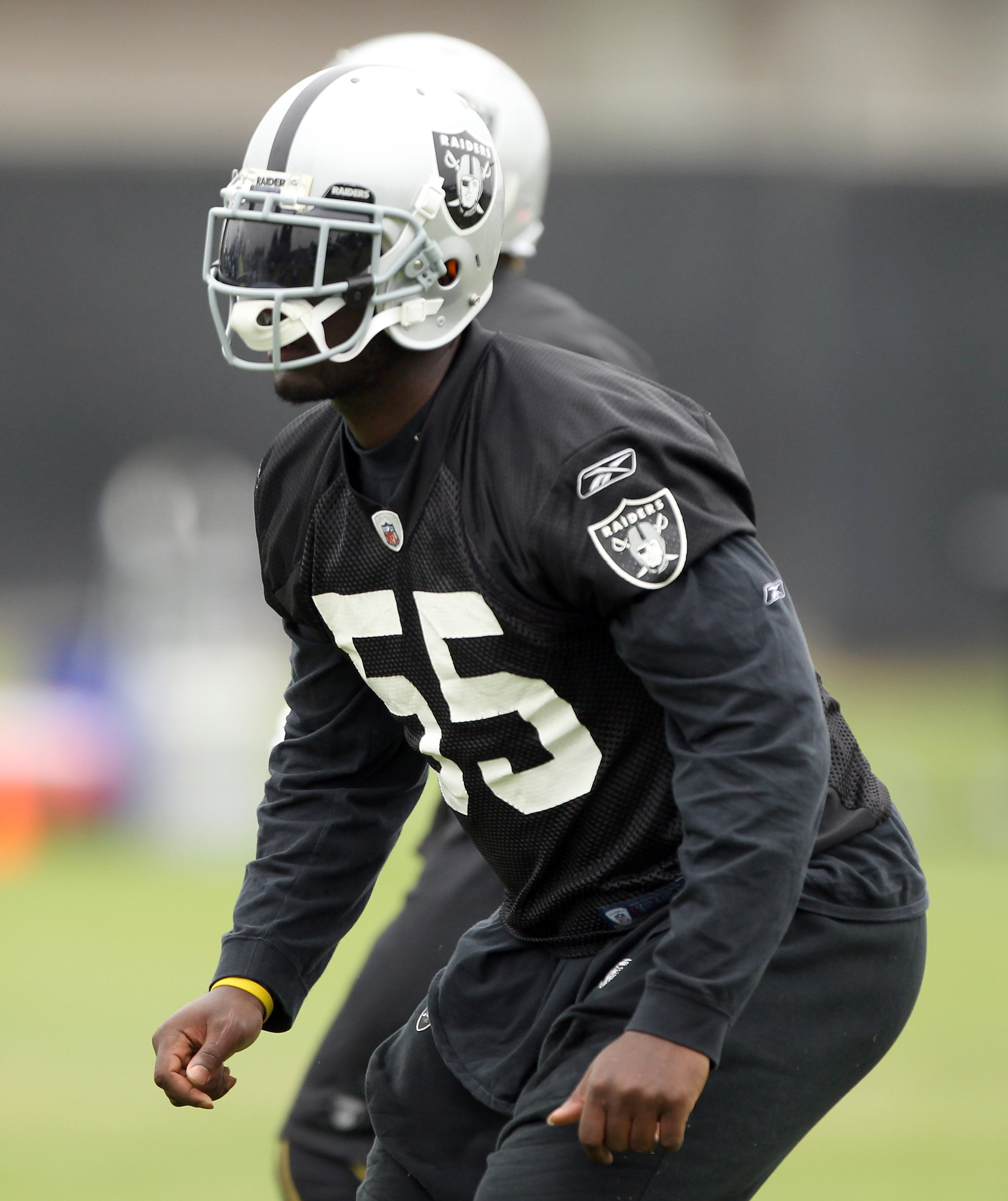 After drafting much needed defensive help in Rolando McClain and Lamarr Houston they continued to turn heads in the draft by drafting offensive linemen Jared Veldheer and Bruce Campbell.

To say the Oakland Raiders didn't have one of the best drafts in the NFL this year would be an understatement.

You will see exactly what I mean this season, and many seasons to come if they continue to draft the way they did this past April. 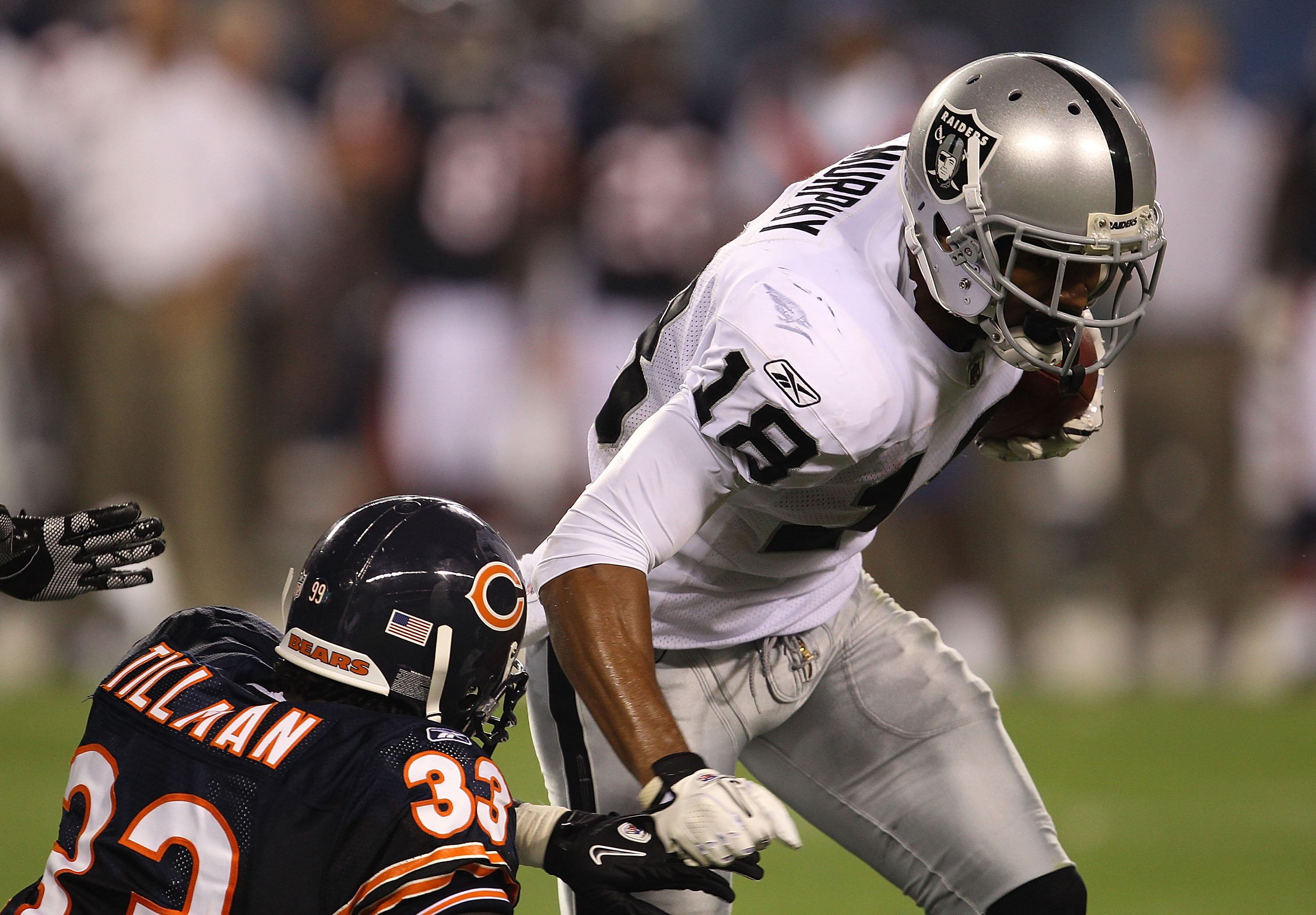 This season the Raiders will play the teams of the NFC West, AFC South and their usual AFC West rivals.

That puts their most difficult games as Indianapolis, San Francisco, San Diego, Denver and you could argue Houston or maybe even Tennessee at the bottom of that list which doesn't sound too bad.

Of all the teams they play this season, only three made the playoffs last year.

And with opponents like St. Louis, Seattle, Jacksonville, and, of course Kansas City twice, the season looks rather promising for the Raiders. 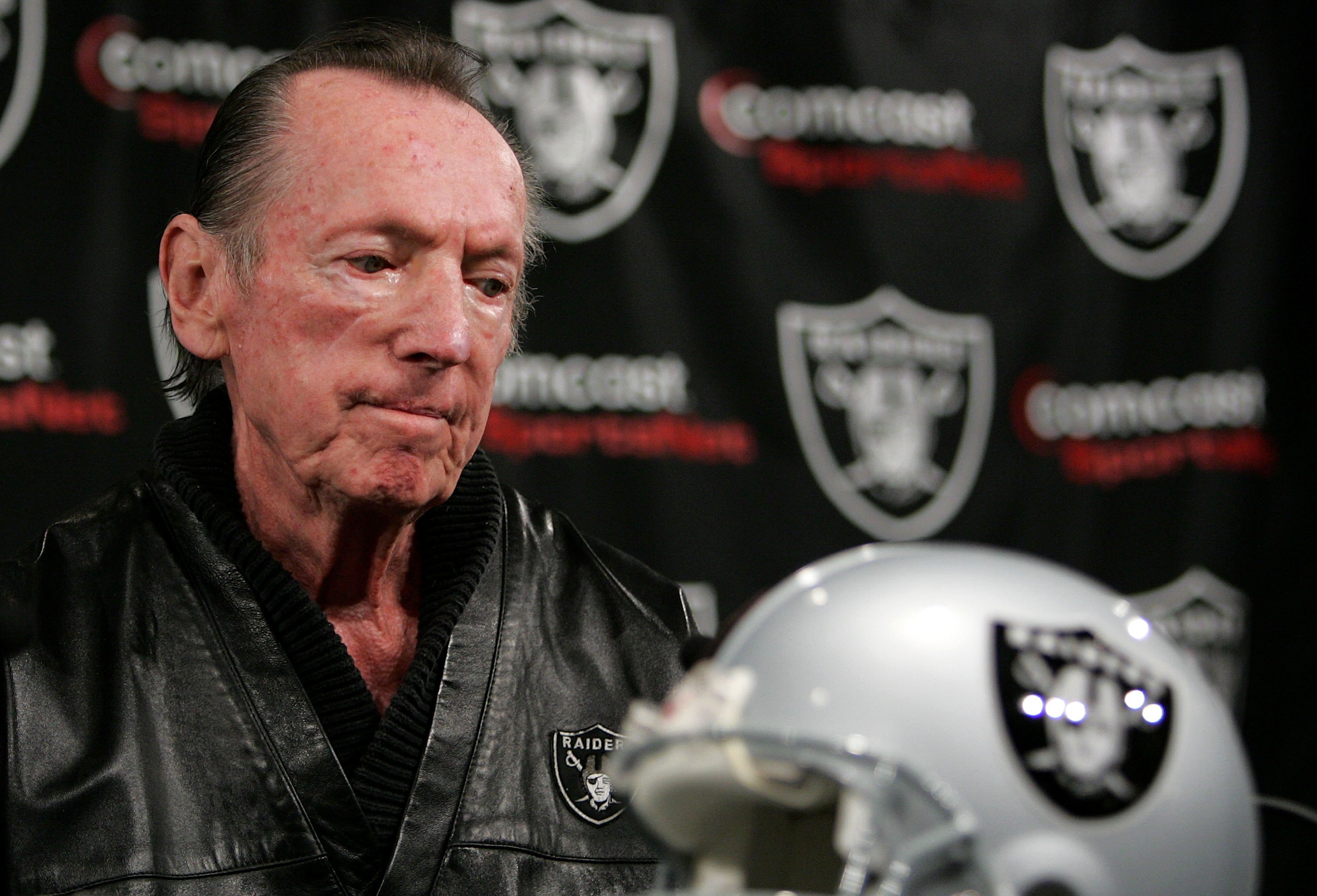 Not only Raider fans, but every NFL fan has criticized Al Davis for his antics as the team owner.

Constantly interfering with the coaches and managers strategies and plans, Al Davis has made his own team one that many players would rather retire before playing for.

All that being said, Davis seems to be backing off ever so slightly.

As we obviously saw during the draft, Al Davis is starting to let the men he hired to help this team win do their job.

And if he actually lets those men do their job for the entire season, the Oakland Raiders have a very good chance of winning the AFC West and going to the playoffs for the first time since 2002.