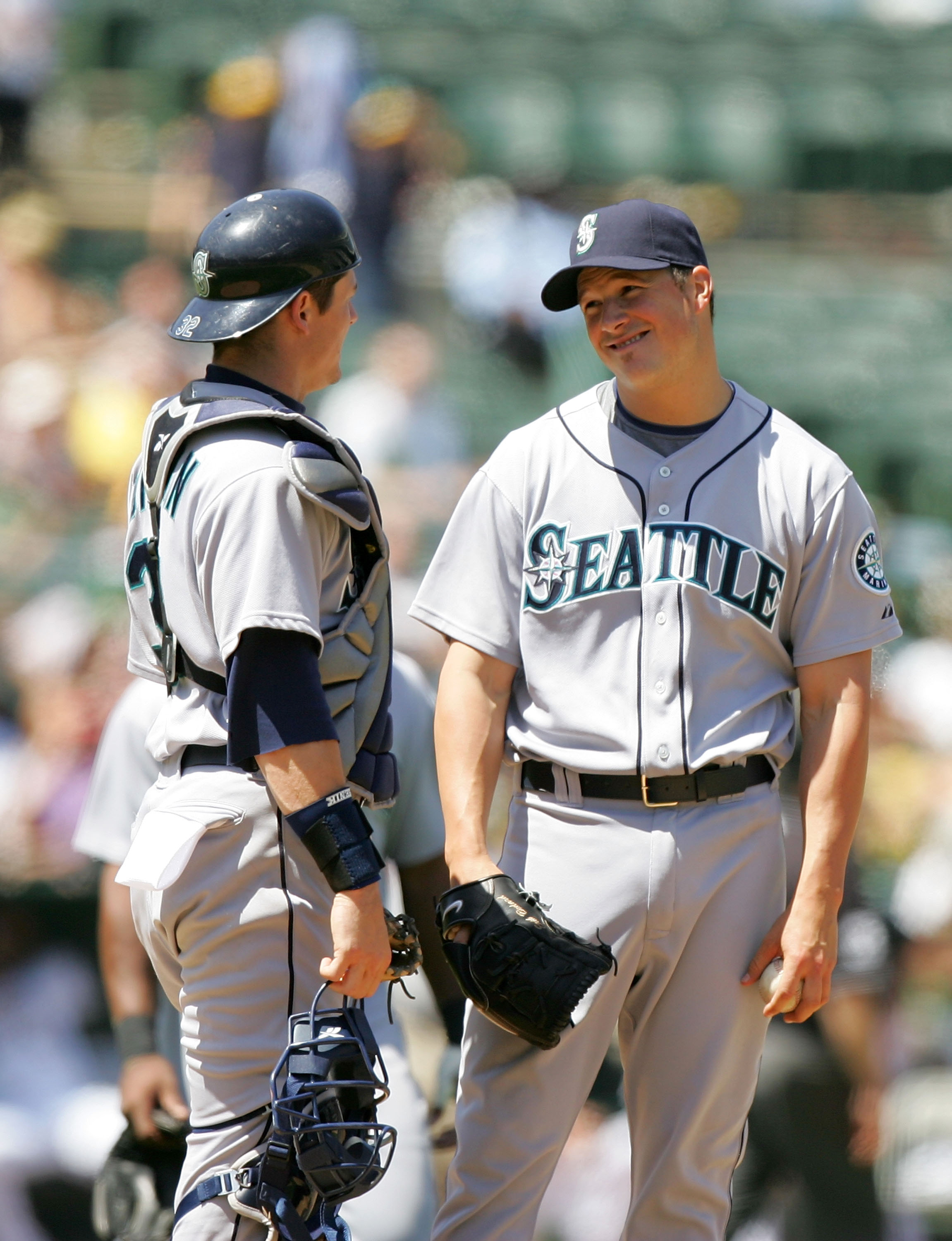 Mired in a hole of one poor transaction after another, the Seattle Mariners are nine years removed from their last playoff berth.

They have struggled with upper level management, found it difficult to find perennial stars in the lineup, and haven't been able to solidify their rotation.

Much of these struggles can be amplified by a series of questionable moves that the franchise has made in recent memory, because there are quite a few of them.

For a team looking to ultimately contend in the AL West for the the first time in much too long, they must stray away from the bad moves of the past.

The team must not dwell on the struggles, but the Mariners organization must avoid making the same mistakes twice, again.

Here are the 10 worst moves made by the Seattle Mariners over the course of the last decade. 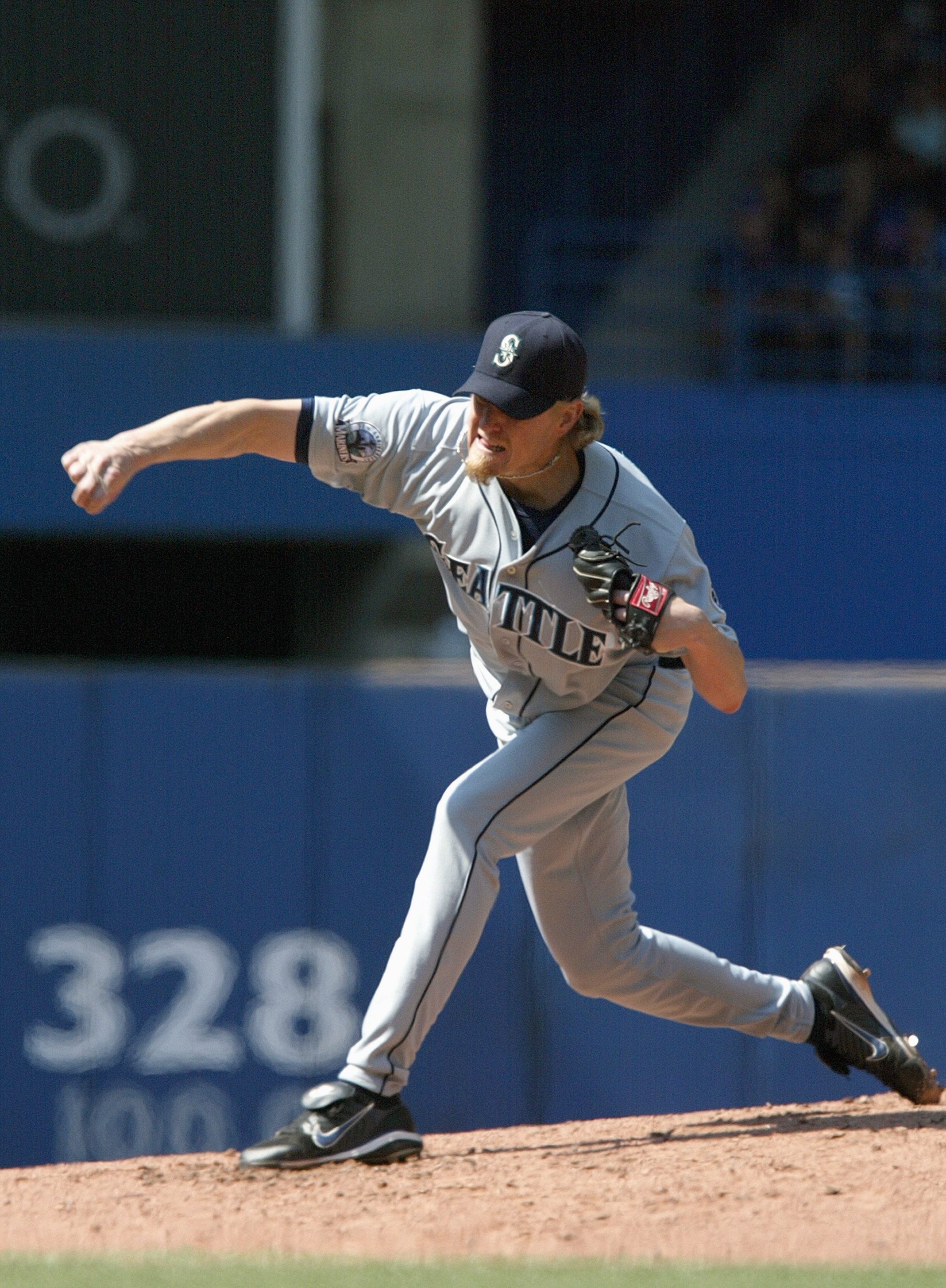 Back in 2007, when the Mariners reached a deal with right-handed starting pitcher Jeff Weaver, they expected to be receiving an accomplished arm that could solidify a rotation that would be welcoming new young talent.

Management expected a turnaround from Weaver in hopes of witnessing him regain his control after a rough 2006.

Weaver turned into anything but a role model for the up-and-comers. He opened 2007 with losses in six straight starts, allowing 35 runs in that span. He struggled with control throughout the entire season, which saw him dig a hole for himself that he couldn't climb out of.

He finished 2007 with 27 starts for the Mariners in which he went 7-13 with a 6.20 ERA. Those would end up being his only starts in a Mariners uniform. 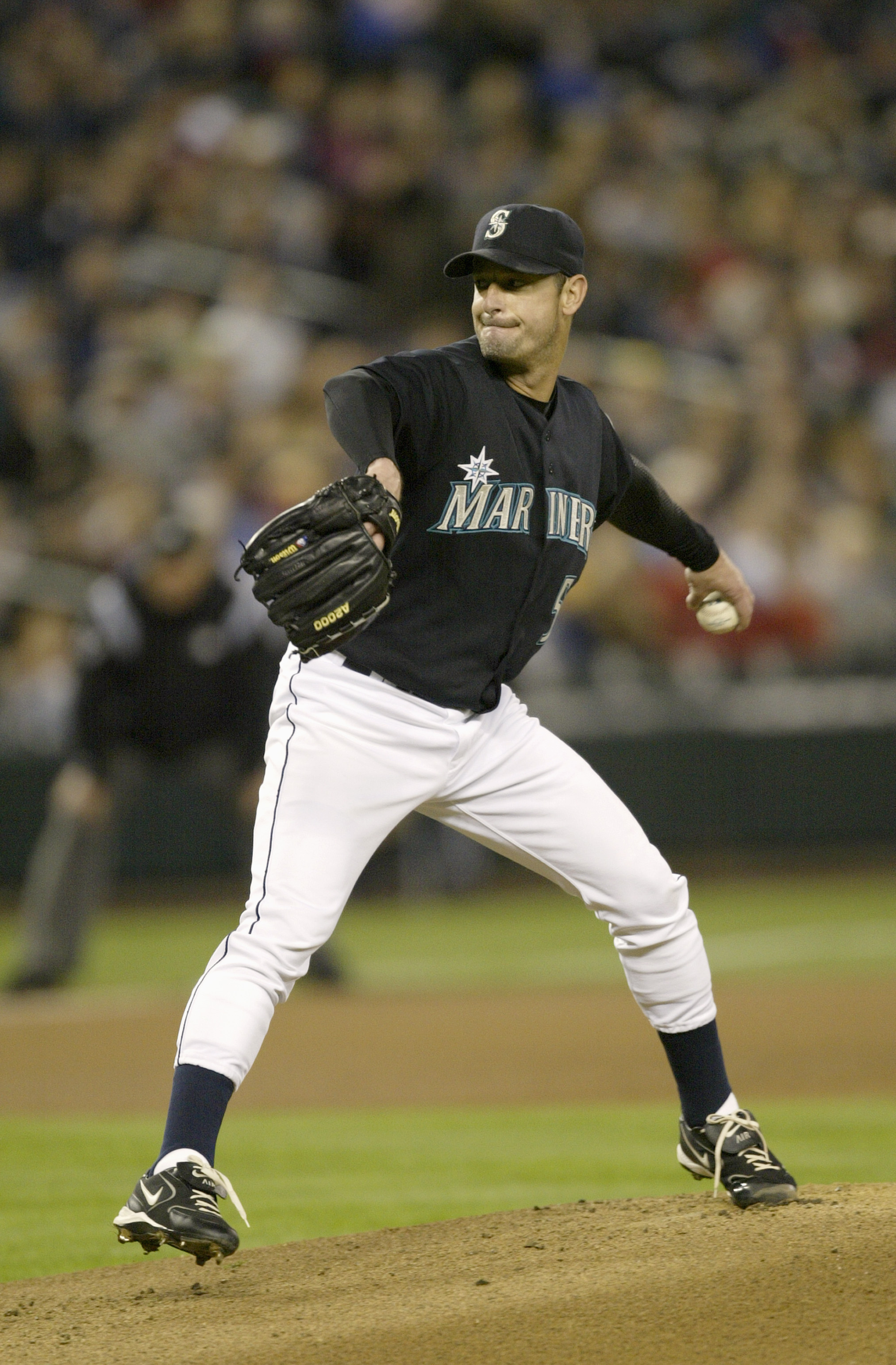 In 2006, the Mariners traded veteran southpaw Jamie Moyer to the Philadelphia Phillies for a pair of prospects named Andrew Barb and Andy Baldwin, both of whom never developed enough to make the Seattle Mariners.

Moyer provided the Mariners with 10 years of excellent service, and he got thrown under the bus as he increased in age. This is a guy that tossed out eight years' worth of double-digit wins.

Fortunately for Moyer, he has grown into an ageless pitcher, 47 years old and still kicking. He's making the Mariners wish they didn't give up on him at age 43. Moyer is the active leader in wins with 267, and he is a surefire Hall of Fame candidate.

By giving up Moyer for literally nothing, the Mariners surrendered one of the most accomplished veteran lefties in the game. They could have used his experience in the rotation when the young guns were being called up. 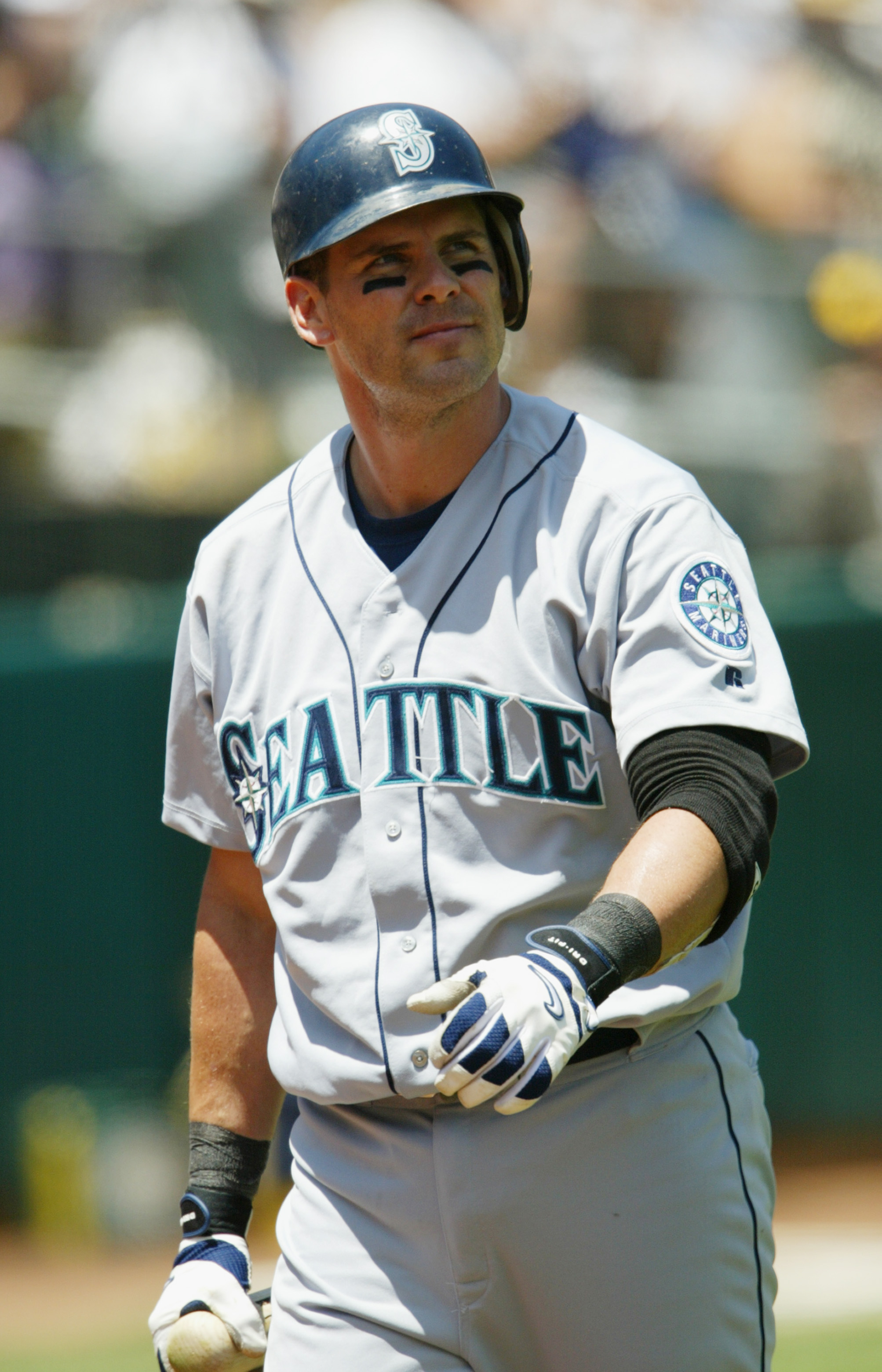 This is a case of the Mariners putting stock into a new acquisition and seeing it flop right in front of them.

Having traded pitchers Brian Fuentes, Denny Stark, and Jose Paniagua to the Rockies, the Mariners acquired third baseman Jeff Cirillo. Cirillo was a reliable hitter coming off six straight years of double-digit home runs. The M's expected him to become a veteran fixture in the lineup.

His Mariners days seemed to be the turning point in his career. He was never much the same after them. He found himself traded to the Padres in 2004. Jeff Cirillo was a failed project for the Mariners. 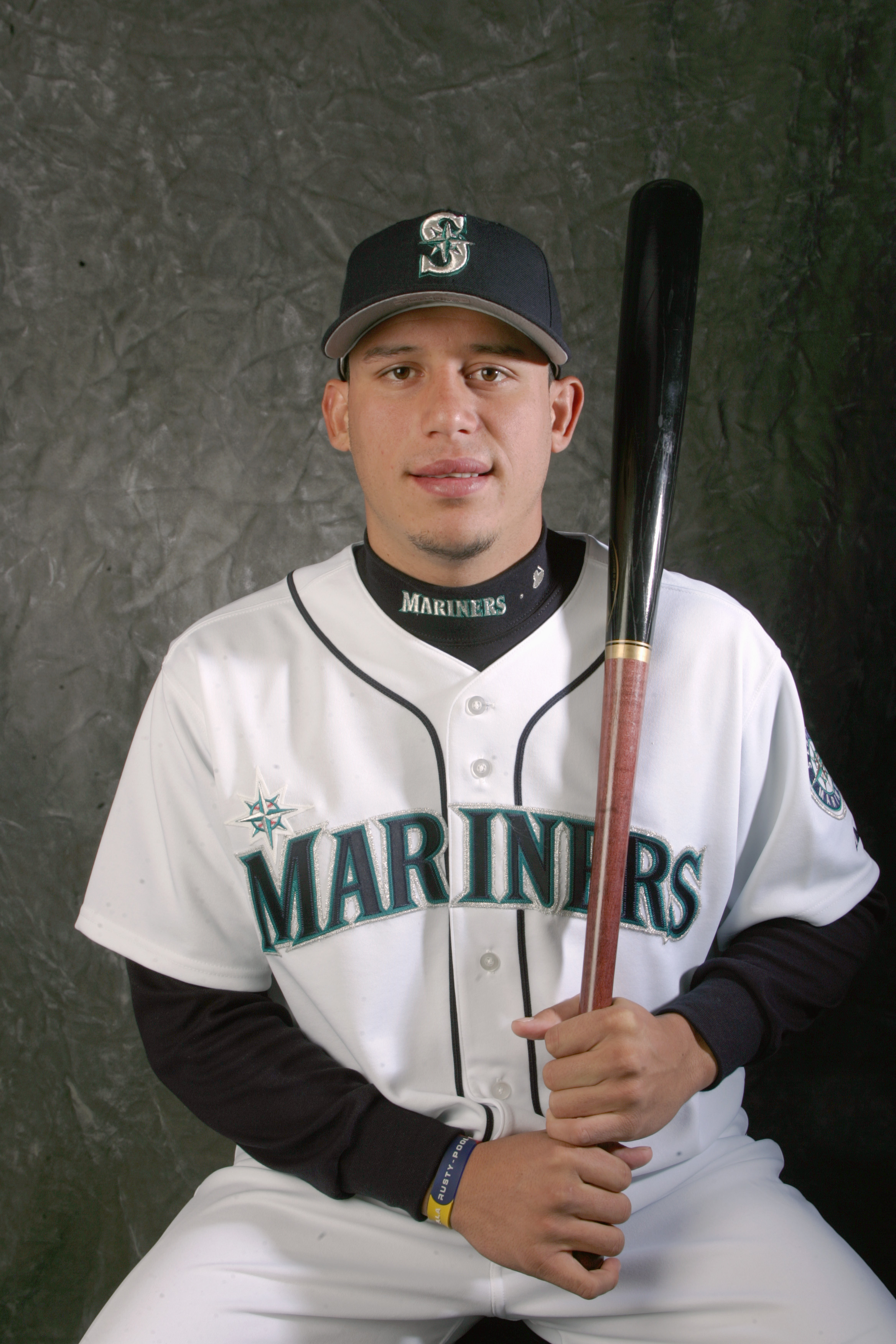 In June of 2006, the Mariners shipped a young middle infielder named Asdrubal Cabrera to the Cleveland Indians for veteran utility man Eduardo Perez.

In the twilight of his career, Perez was highly unproductive in his only stint with the Mariners, as he was done with baseball after the 2006 season.

The Mariners gave up Cabrera, a young switch-hitting infielder, for virtually nothing. Now he is in Cleveland, developing into a key piece of the Indians lineup despite battling some injuries.

Last year, in 131 games, Cabrera .308 with six home runs, 68 RBI, and 17 stolen bases. That is the potential production the Mariners are missing, and all the while they have been stuck with guys like Willie Bloomquist, Yuniesky Betancourt, and Josh Wilson patrolling the field at shortstop. 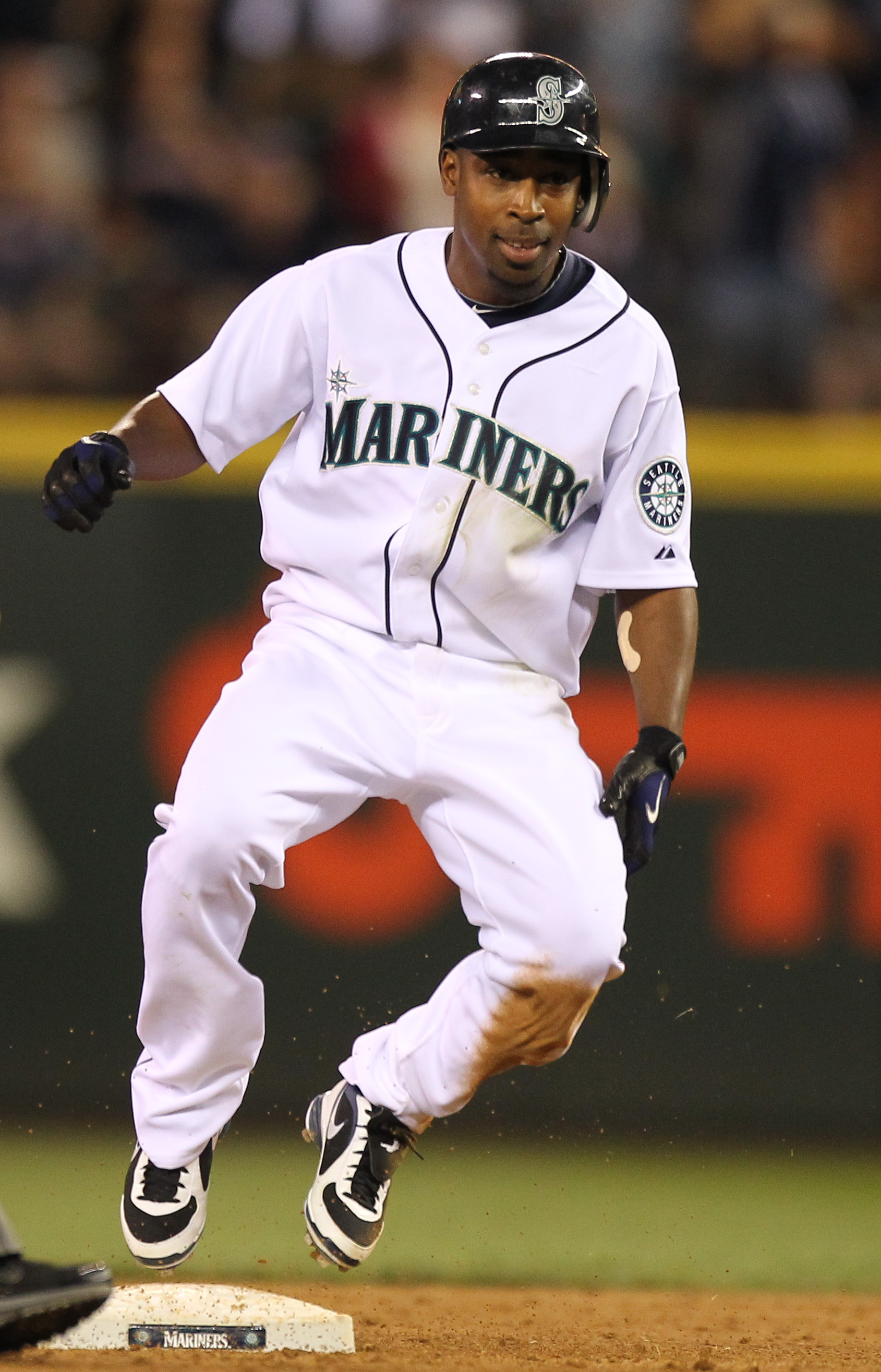 The Mariners looked to add a spark to the starting lineup in 2010. With Ichiro aging, they figured that Chone Figgins would add some spryness to the order.

Based on his track record, Figgins seemed like the perfect choice to bat behind Ichiro. Instead, Figgins has struggled more than ever.

Figgins hasn't adjusted to batting second in the M's lineup. He drew more walks than anyone in the American League in 2009. His discipline hasn't quite been the same this year. His OBP has dropped to .333 from nearly .400 last year.

His 2010 hasn't been up to par with what the All-Star infielder has shown he is capable of. 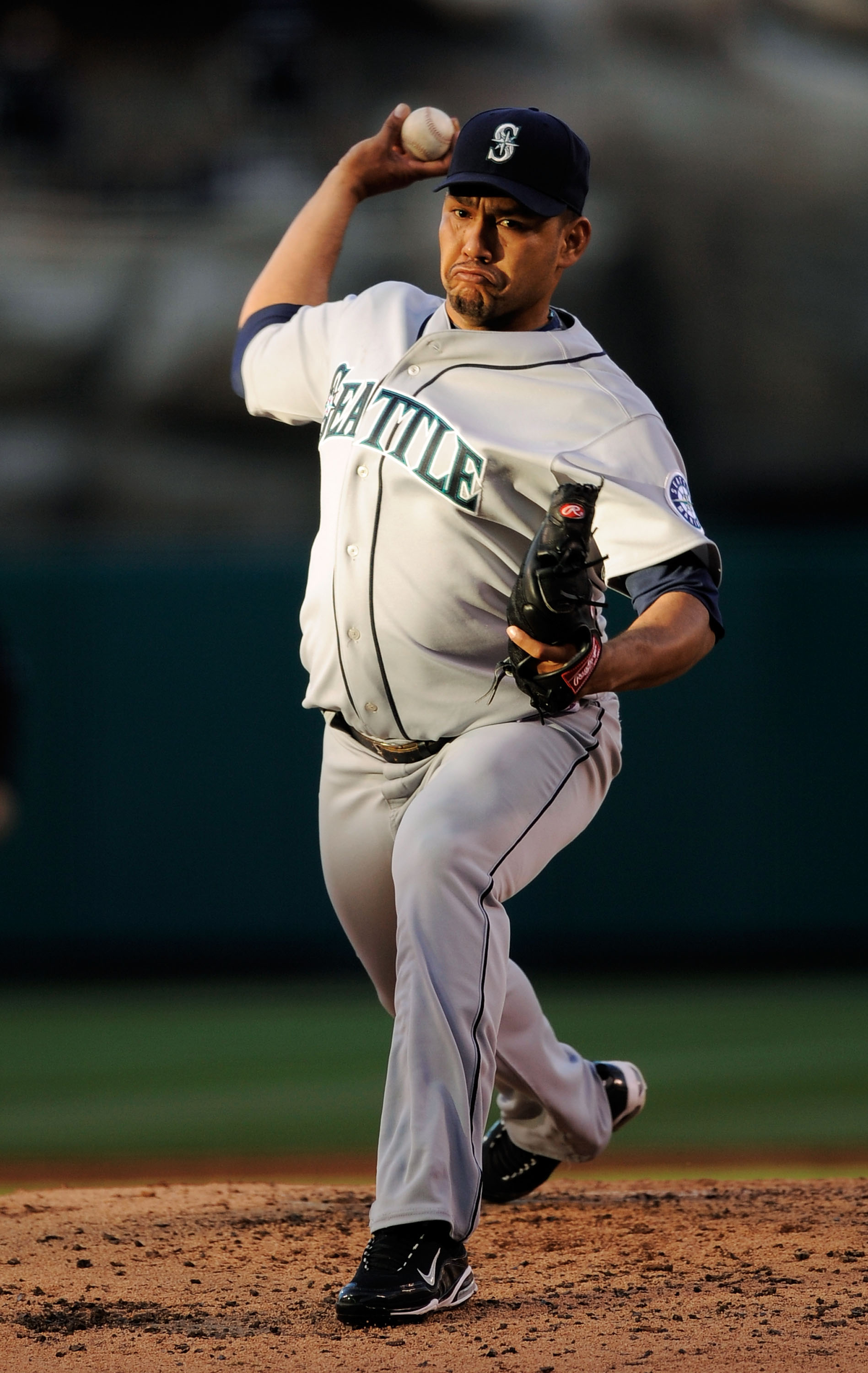 Of all of Seattle's recent free agent signings, Carlos Silva was one of the biggest starting pitching busts. He signed on with a four-year, $48 million deal. He managed to earn none of that money.

His multi-year deal ended up meaningless, as the Mariners traded him to the Cubs for outfielder Milton Bradley in 2009. Bradley's personality issues plagued the Mariners, and he is now undergoing surgery on his knee.

Silva was a mess and generated a mess in Seattle. 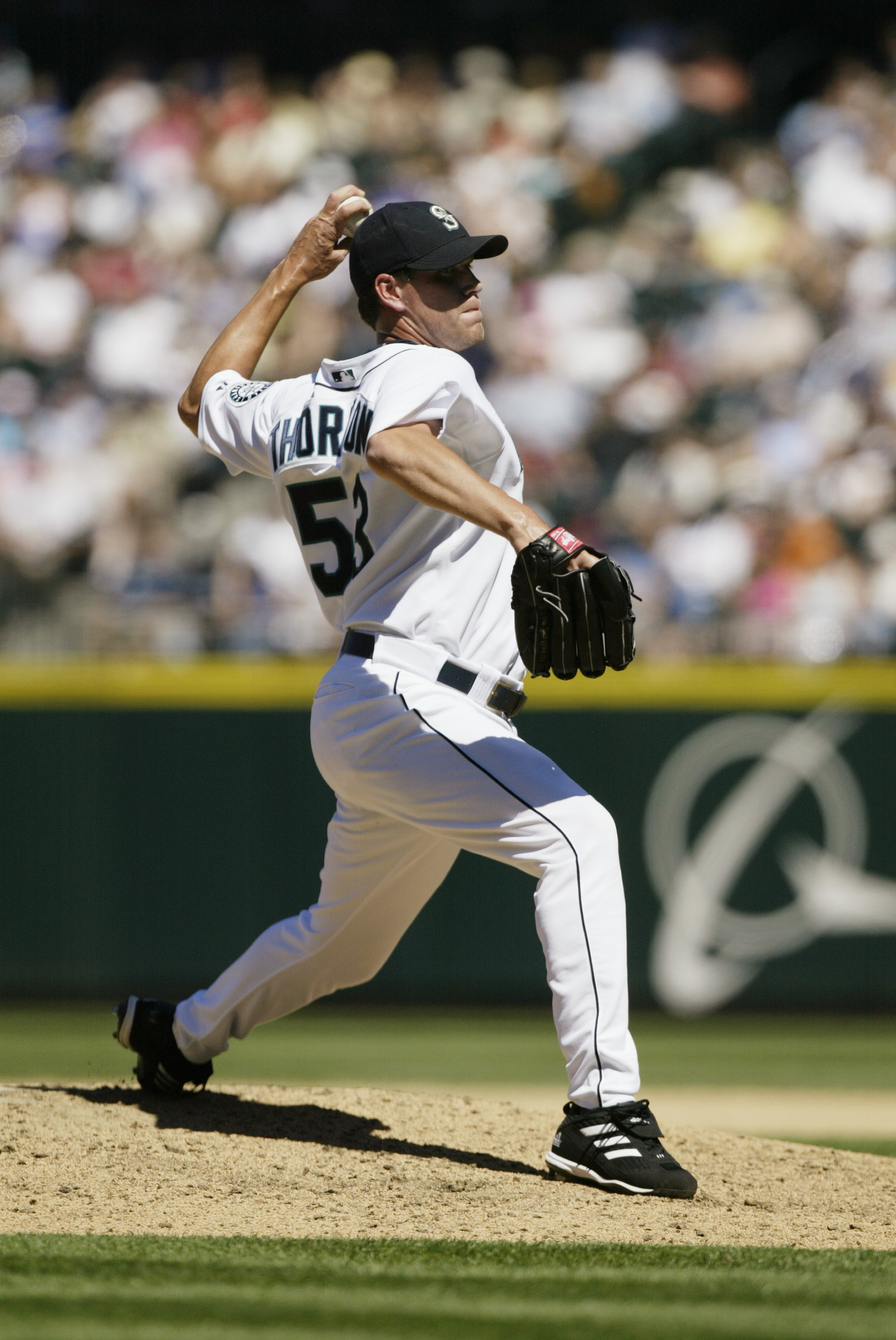 For years now, the Mariners have found a way to deal relief pitchers that have turned in quality innings in other cities. Matt Thornton is absolutely no exception.

The Mariners dealt Thornton to the White Sox for power-hitting outfielder Joe Borchard, who provided the Mariners with minimal production.

Thornton, on the other hand, picked his game up with the Chicago White Sox to the point where he grew into a premier left-handed bullpen force.

He is now in his fifth season of relief with the White Sox. For the last three years, including 2010, his seasonal ERA has stayed below 3.00. His strikeouts have picked up, and his command has matured. He was also selected to the All-Star team this year. 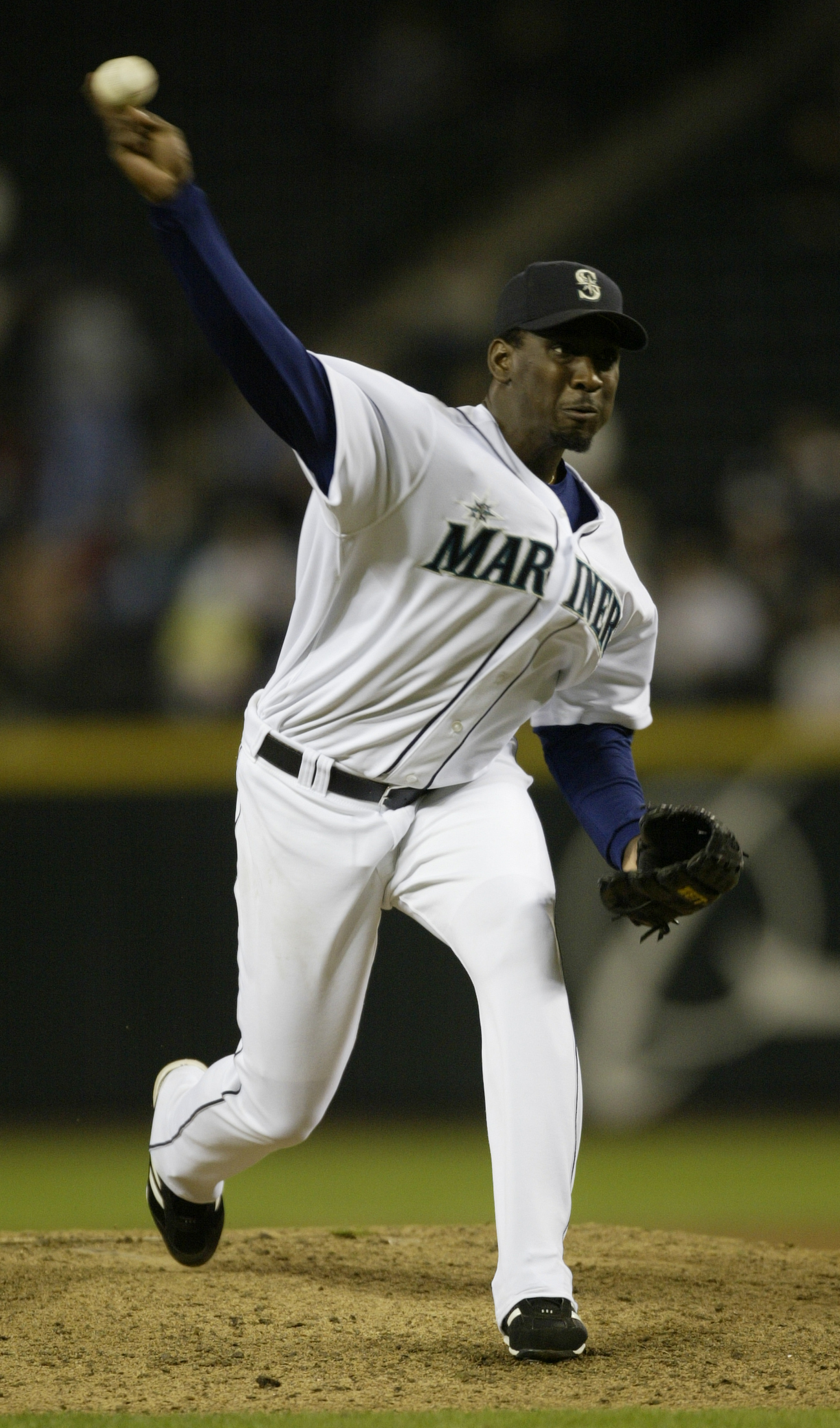 The Mariners' relief woes continue. It is understandable that they thought it made sense to bolster the rotation by acquiring starter Horacio Ramirez from the Braves for Rafael Soriano, but just look at where both these guys are now.

Ramirez had a couple of good years in Atlanta but since has completely fallen off the map. His ERA ballooned to 7.16 in 20 starts for Seattle in 2007. He ended up worsening the Mariners' need for starting pitching, while Soriano went off to the National League to flourish.

Look at Soriano now with the Tampa Bay Rays. He is developing into one of the elite closers in Major League Baseball. His 39 saves lead the league right now. The Mariners bullpen would have easily reaped the benefits if he developed in Seattle. 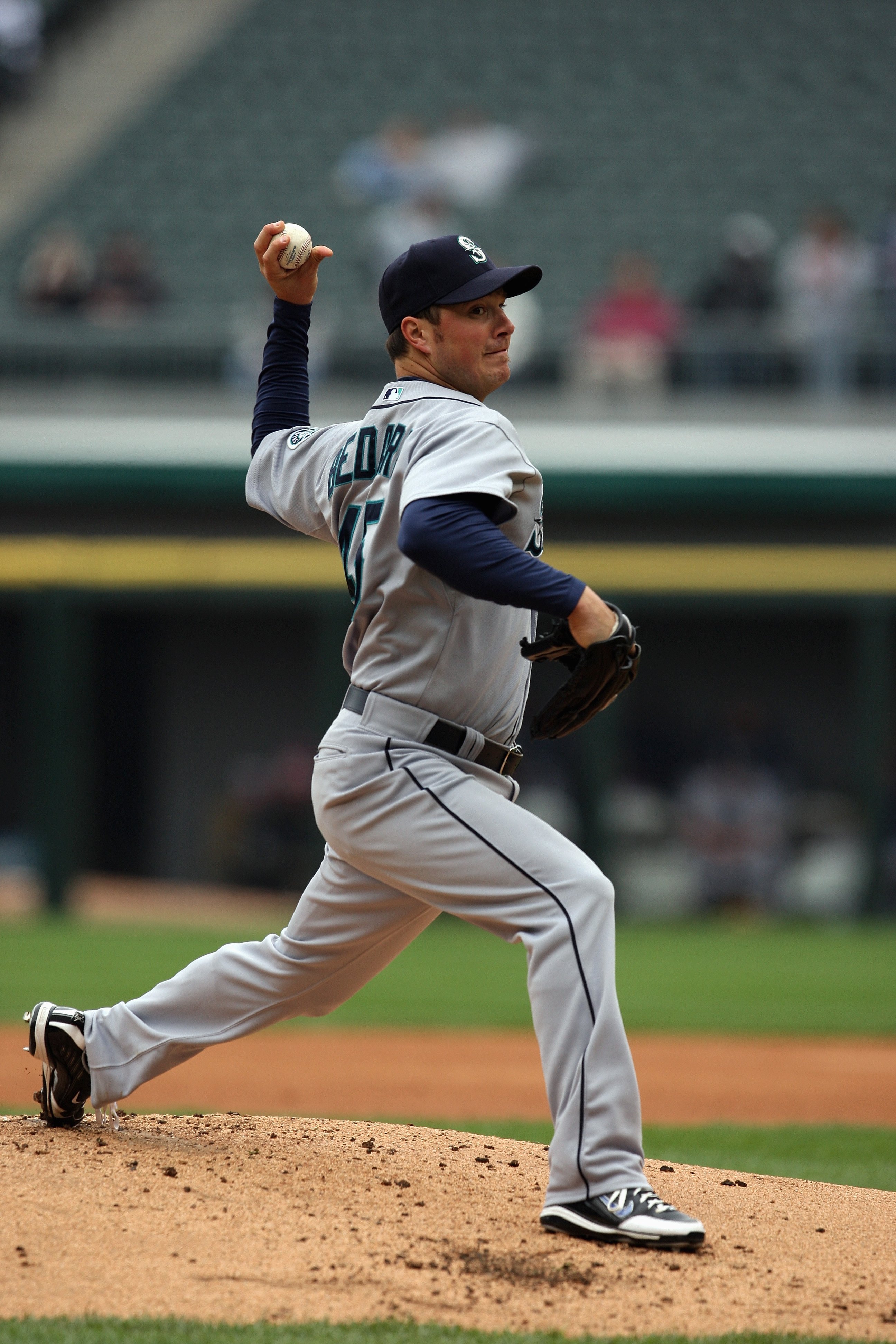 The Mariners traded the house for lefty Erik Bedard in 2008. All they got was an injury-prone starting pitcher in return for just about every role player of value they could offer.

He's currently out for the majority of 2010 after having shoulder surgery. Between 2008 and 2009, he started just 30 games. Although he's been effective, he just can't stay healthy, and that is a huge blow to the Mariners' rotation, considering all that they gave up for him.

Butler and Mickolio have never really advanced beyond their developmental stages but still possess value as prospective pitchers. Tillman is emerging as a top Orioles pitching prospect, as a September call-up is not so far away. Sherrill was an All-Star in 2008, as he saved 31 games for the O's.

Jones is also coming into his own in the Orioles outfield. He was an All-Star last year, and thus far in 2010, he has hit 17 home runs and hit .275. An underachieving Mariners lineup must miss his bat right now.

It seems like the Mariners surrendered a ton for guy who could be perennially sidelined. 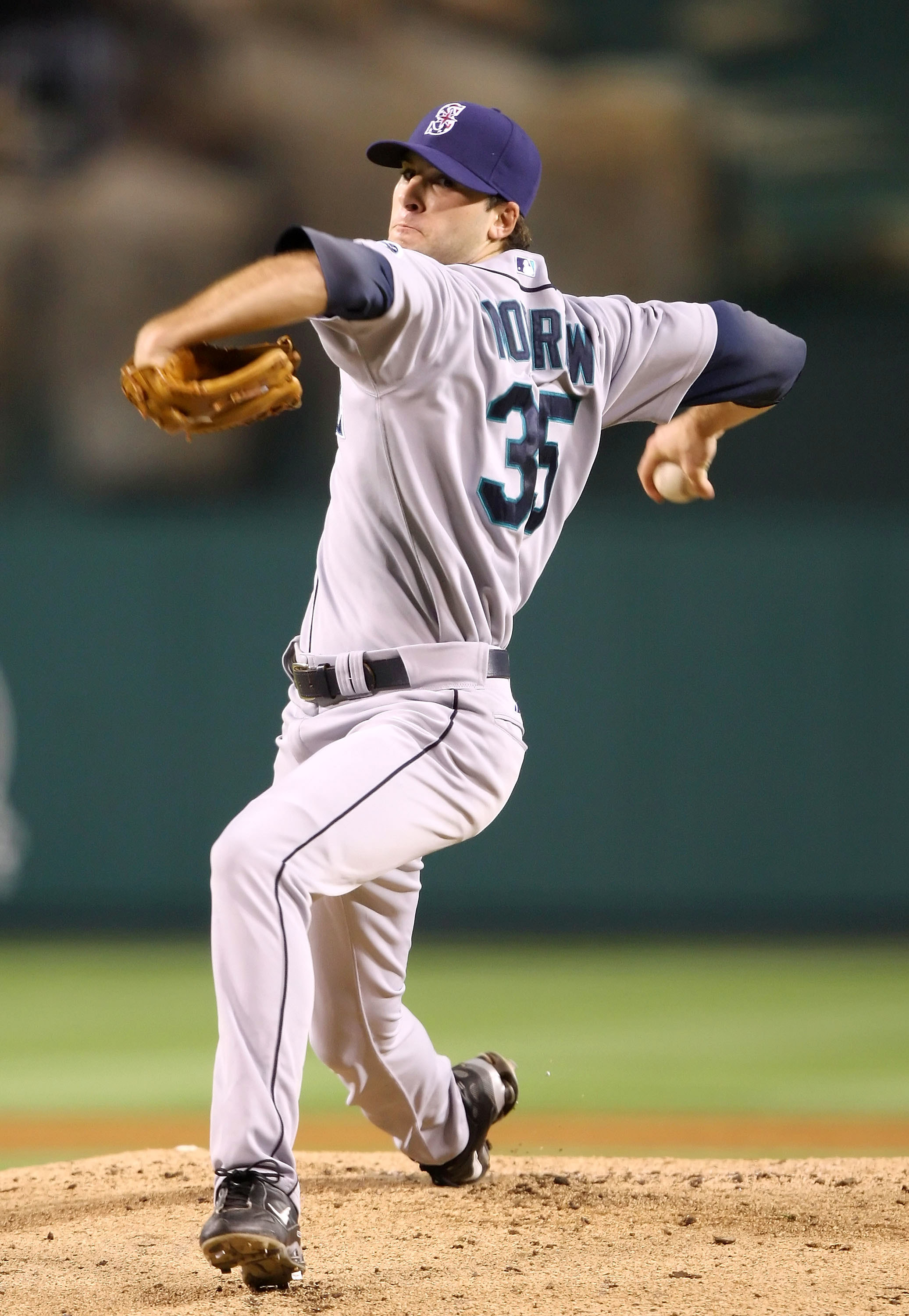 What else can be said other than that Tim Lincecum could have been drafted by the Mariners? He is 26 years old, and he has won two Cy Young Awards.

What has Brandon Morrow won? He's won a trade to the Toronto Blue Jays that simply returned right-handed reliever Brandon League, who will never singlehandedly have an impact on the Mariners franchise.

In all seriousness, how could Seattle have passed up an opportunity to select a laser-throwing starting pitcher who can be identified as "The Freak?"

In all fairness to Morrow, he hasn't had a terrible career. But if the Mariners had made the right choice in the 2006 draft, they would have an untouchable one-two punch of Felix Hernandez and Tim Lincecum to lead off their rotation. It would certainly be more intimidating than anything the Mariners have tried to put together over the past few years.

In four seasons now, Lincecum has struck out 855. That alone is a slap to the face of Seattle.

For Brandon Morrow, he is gradually coming into his own in Toronto. He is throwing hard and finding his control a bit more. He nearly pitched a no-hitter this year. But that all doesn't do the Mariners any good. They messed up twice here. They passed up Lincecum and then failed to wait for Morrow to develop.