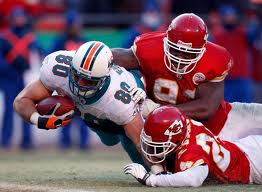 1. Can not be predicted by most NFL writers to make the playoffs- meaning they must be a surprise.

2. They did not make the playoffs last year

3. They have not won a Superbowl in the last 5 years

Sleeper that will come up the shortest: The Denver Broncos 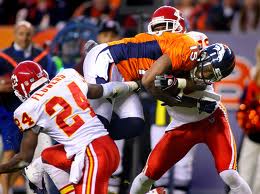 Denver lost NFL sack leader Elvis Dumervil to injury this off season. In addition, they lost Brandon Marshall to Miami. A year ago they lost Jay Cutler.

The Broncos are a good team but what team can lose three pro-bowlers and make the playoffs? Conclusion, Denver will go 7-9.

Sleeper that will come up short: The Washington Redskins 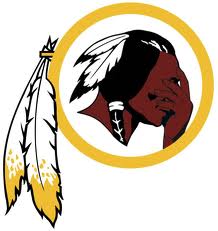 Mike Shanahan was hired to revamp a team that has not made a deep run in the playoff in well over a decade. Shanahan’s first chore was bringing in a more experienced quarterback in Donovan McNabb.

It sounds good on paper, but the aging McNabb walks into the system that had one of the worst offensive lines the NFL last year. And no rookie will dramatically change that.

In addition, McNabb only threw for 2 more touchdowns than the departed Jason Campbell. And McNabb had a better offensive line and wide receivers in Philly.

Add the Albert Haynesworth situation and you’ve got turmoil in the locker room before the season starts.

In addition, the Dallas Cowboys are loaded and the New York Giants are solid. Washington, at best, will go even at 8-8.

Sleeper Pick to make the Playoffs: The Oakland Raiders 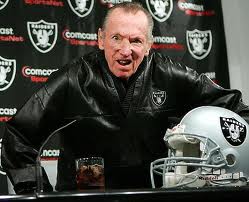 Mr. Al Davis, as Jason Campbell calls the aging Oakland Raiders owner, predicted that Campbell would reignite the Raiders in the way that Jim Plunkett did in his day.

Campbell has been anointed and given the proverbial Silver and Black chariot to charter the Raiders back to glory.  The Raiders new offensive coordinator Hue Jackson specializes playing to the strength of his players.

So look for designed plays to future pro-bowl tight end Zach Miller and a lot of hardnosed runs by the talented duo of running backs Michael Bush and Darren McFadden.

On a side note, Bush averaged 4.8 yards a carry last year—among the top 5 running backs last year, only one Chris Johnson, averaged more ypc than Bush. Don’t expect the Raiders offense to put up outstanding numbers but expect them to be a balanced, ball-control, disciplined offense.

After two preseason games, the best pass-rushing team is the Oakland Raiders. In a league filled with 3 wide receiver sets, it is imperative to have excellent cornerbacks and a great pass rush.

The Raiders have Nnamdi Asomugha, the best corner in the league—when you added the young talented pass rushers in Kamerion Wimbley (4 sacks last week), Lamarr Houston (2 sacks on Tony Romo in week 1), and Matt Shaughness (2 sacks in game 1).

When you add verteran tackle Richard Seymour anchoring the line, and first round pick Rolando McClain to plug up the holes- you have a defense that are a legitimate top 5 to 10. Last season the pass defense was ranked 7th, so with the addition up front it is not a stretch to predict that they will be a top 10 defense.