NFL Training Camp: The 10 Most Interesting Position Battles of August 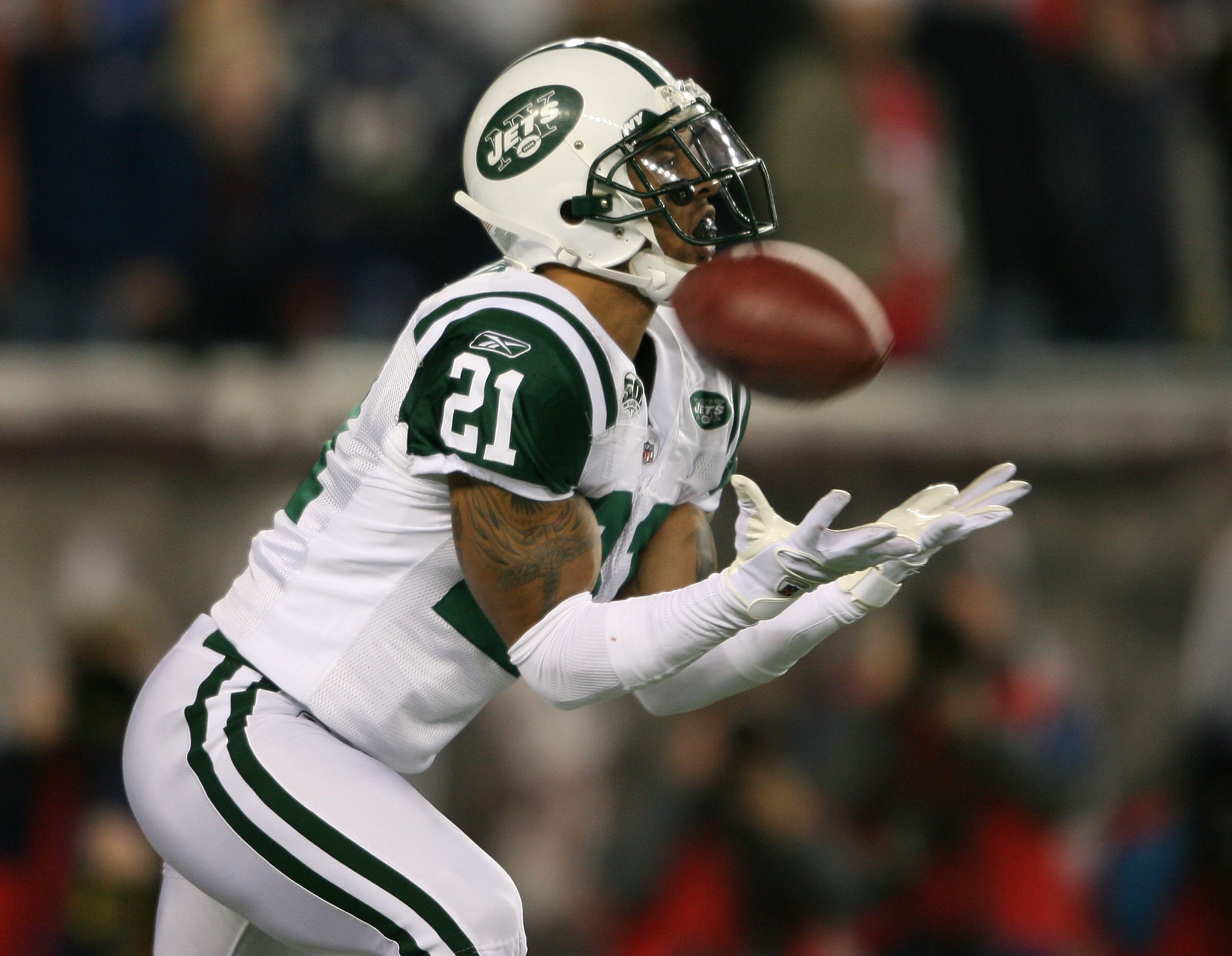 Week One of the NFL preseason is officially behind us, and that means only one thing—heated position battles are now reaching a boil.

All over the league there are starters and backups alike jockeying for position to lay claim to the top of the depth chart.  These battles are ongoing because of injury, holdout, and free agency, but in the end only one player will get the satisfaction of being the guy come Week One of the regular season.

There are more than these 10 battles going on throughout the NFL training camps, but these 10 position battles will carry significant weight in determining the team's overall success in 2010. 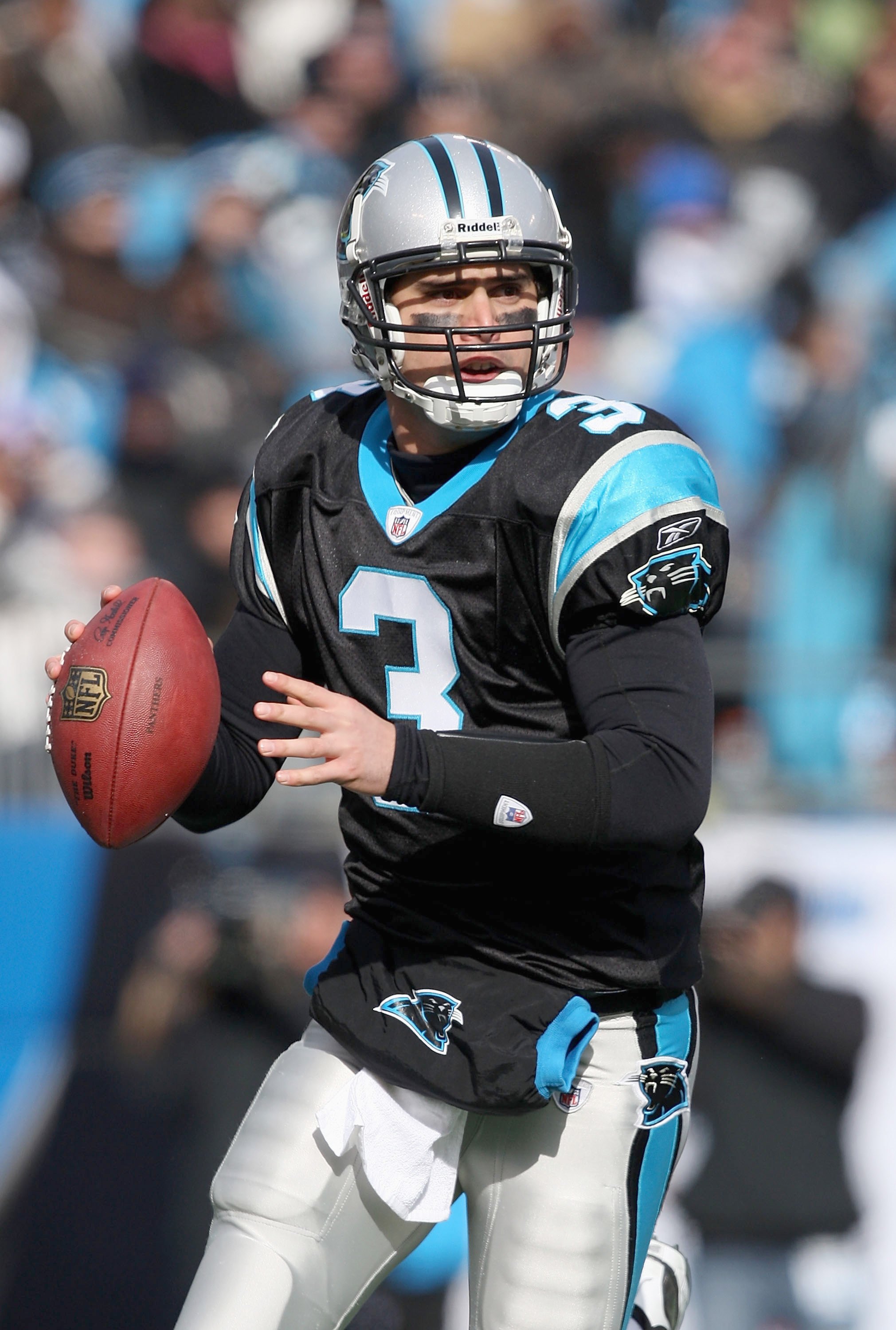 Matt Moore entered training camp as the incumbent, but the Panthers picked for the future when they selected Jimmy Clausen in the second round of the 2010 draft.

Neither really stood out during the Panthers' preseason opener which, at least for Moore, means the battle is still wide open.

The job might be Moore's to lose, but Moore is definitely in the middle of a quarterback battle that may not be resolved until after the final preseason game. 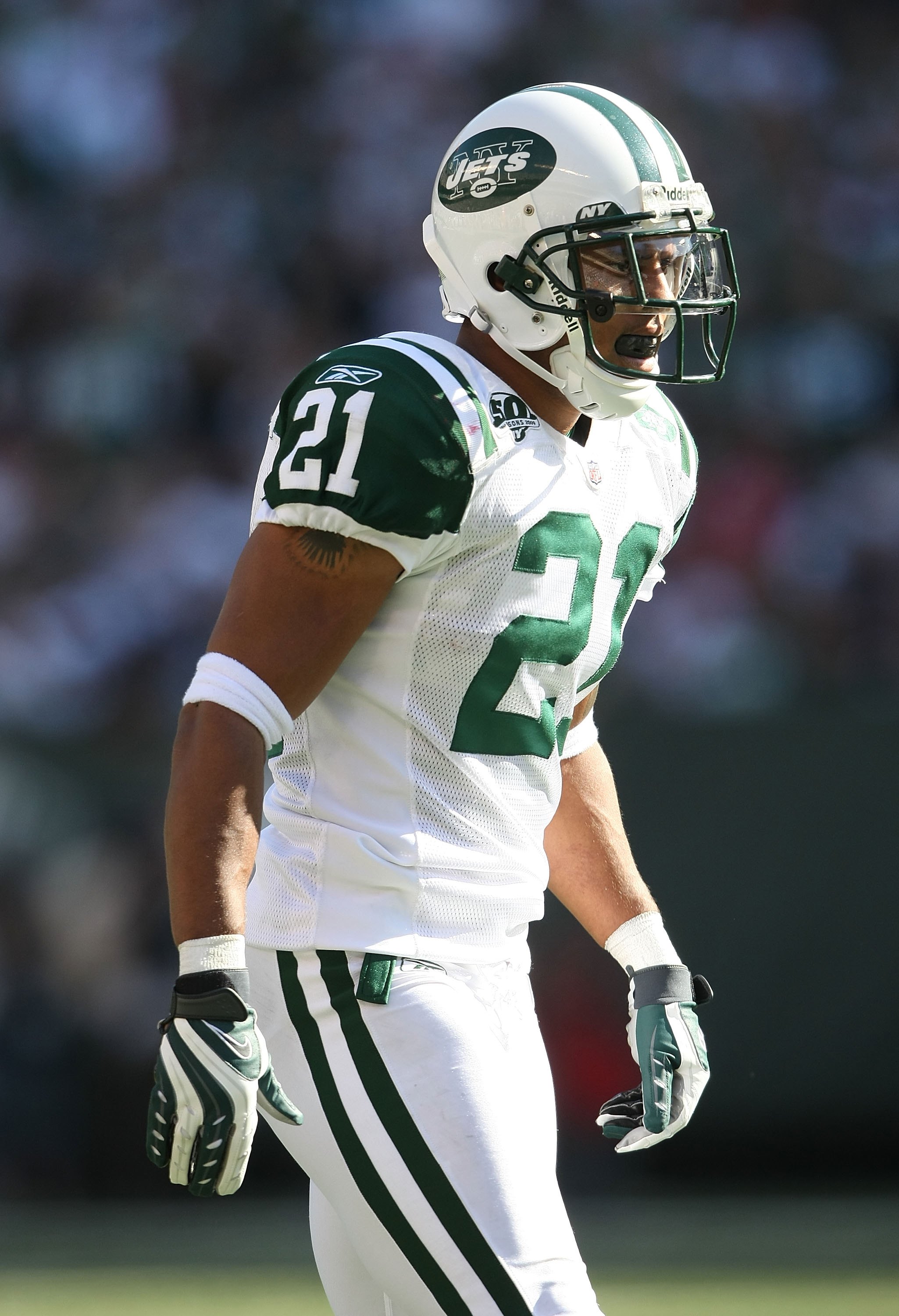 Most expect Darrelle Revis to be in uniform by the time Week One rolls around, but until then it will be up to Dwight Lowery and 2010 first-round pick Kyle Wilson to jockey and fill Revis' shoes until his return.

Lowery likely has the advantage given his experience, but Wilson is a highly-touted playmaker who covers on the ball and the Jets coaches may be willing to roll the dice on the new guy.

Either way, Lowery or Wilson will only be a stopgap until Revis gets back in camp or on the field for the season opener. 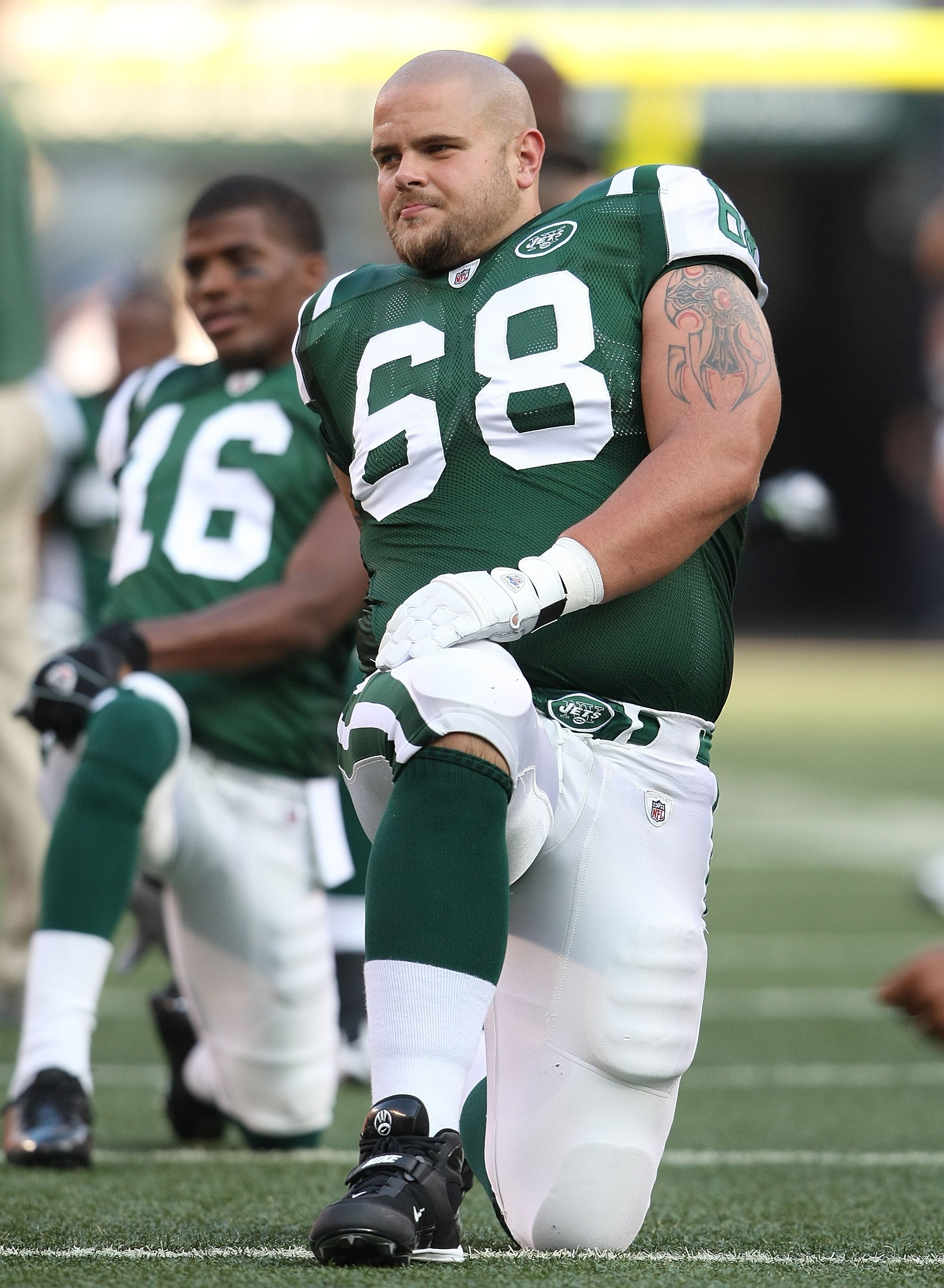 The Jets led the league in rushing last season, but must now find a guy to fill the void left with the release of veteran guard Alan Faneca.

The Jets will look to replace Faneca with the inexperienced, second-year guard Matt Slauson or rookie Vladimir Ducasse.

The Jets cannot risk too much of a dropoff in the running game in Mark Sanchez's second season.  New York will need either Slauson or Ducasse to grab the job with initiative. 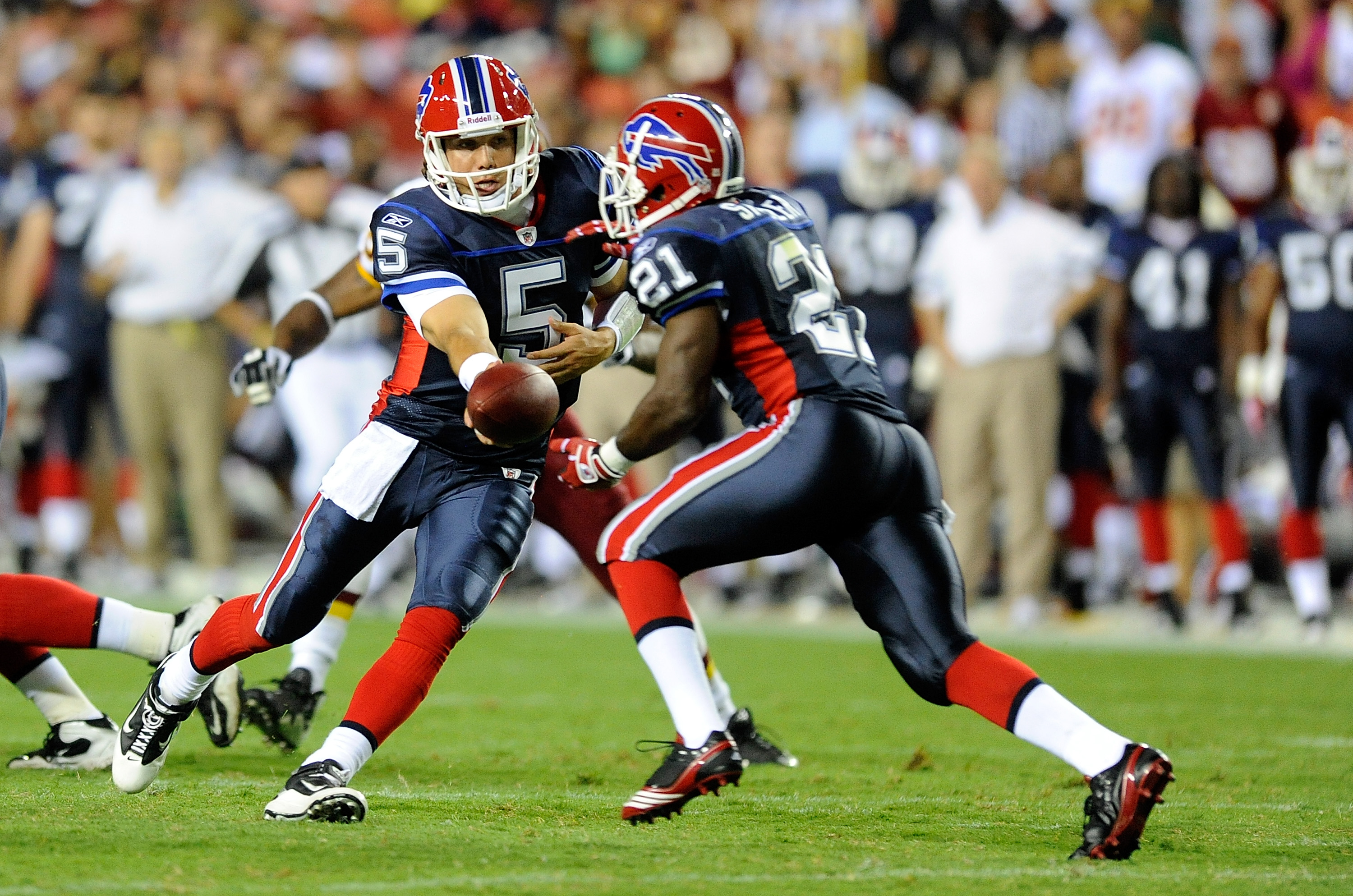 Trent Edwards entered camp atop the Buffalo depth chart, but even he shouldn't feel entirely comfortable with that spot.  Edwards has been spotty during his tenure as Buffalo's main option but the depth chart doesn't exactly inspire confidence.

Ryan Fitzpatrick and the journeyman backup Brian Brohm will push Edwards, but it is likely Edwards retains his job.

Nevertheless, will Edwards show enough to keep his job or will Buffalo wrap up its final preseason game still unsure as to who will take snaps on Week One? 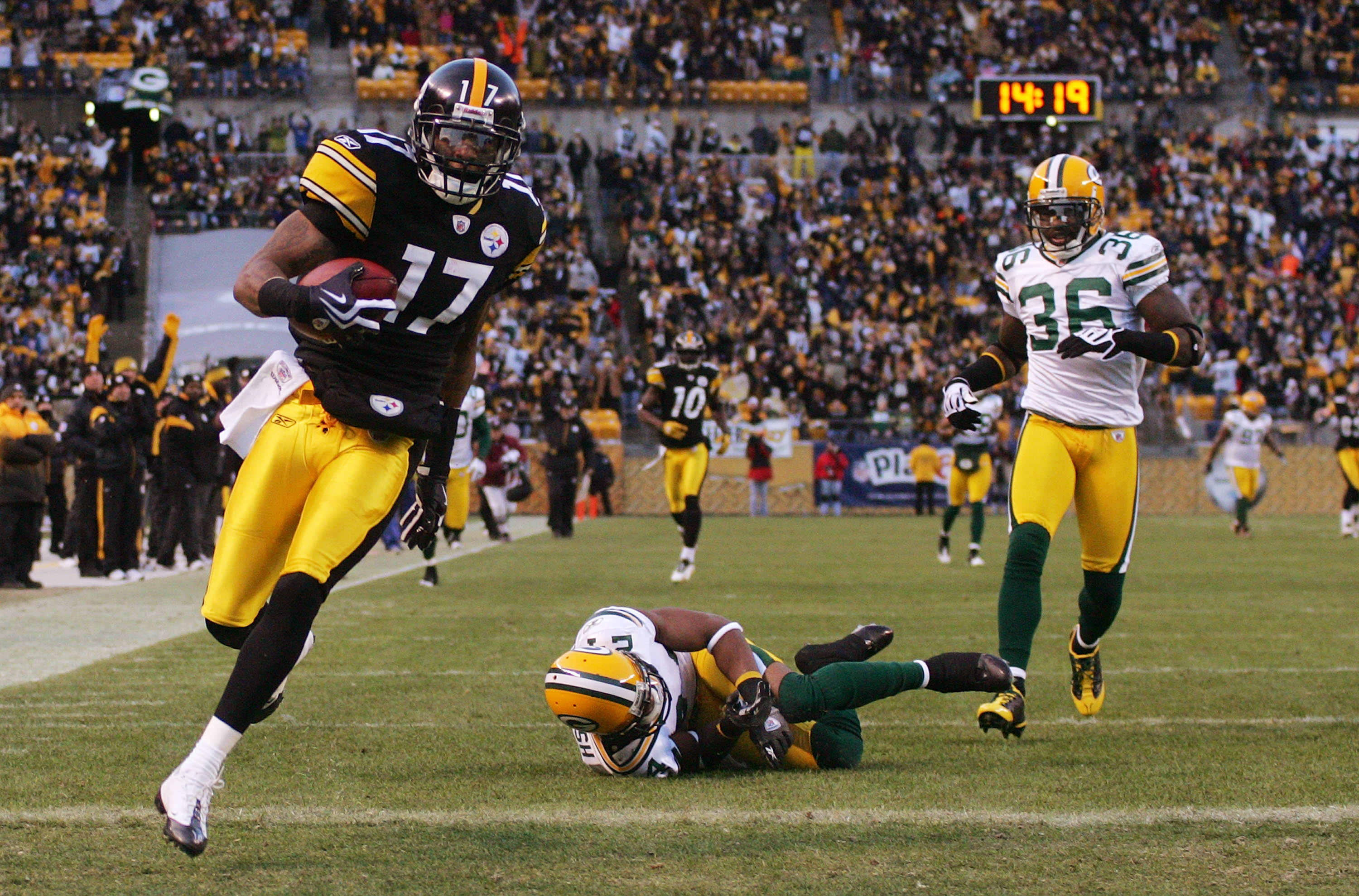 The exit of Santonio Holmes opens the door for another Steelers wide receiver to fill the void.

Mike Wallace is the expected leader to take over but he will be in a battle with the re-signed Antwaan Randle El, Arnaz Battle, and the emerging Emmanuel Sanders.

Ben Roethlisberger will have a say in what wide receiver works best, but the Steelers nevertheless need at least one from this trio to step up and try to get in the neighborhood of Holmes' 2009 production. 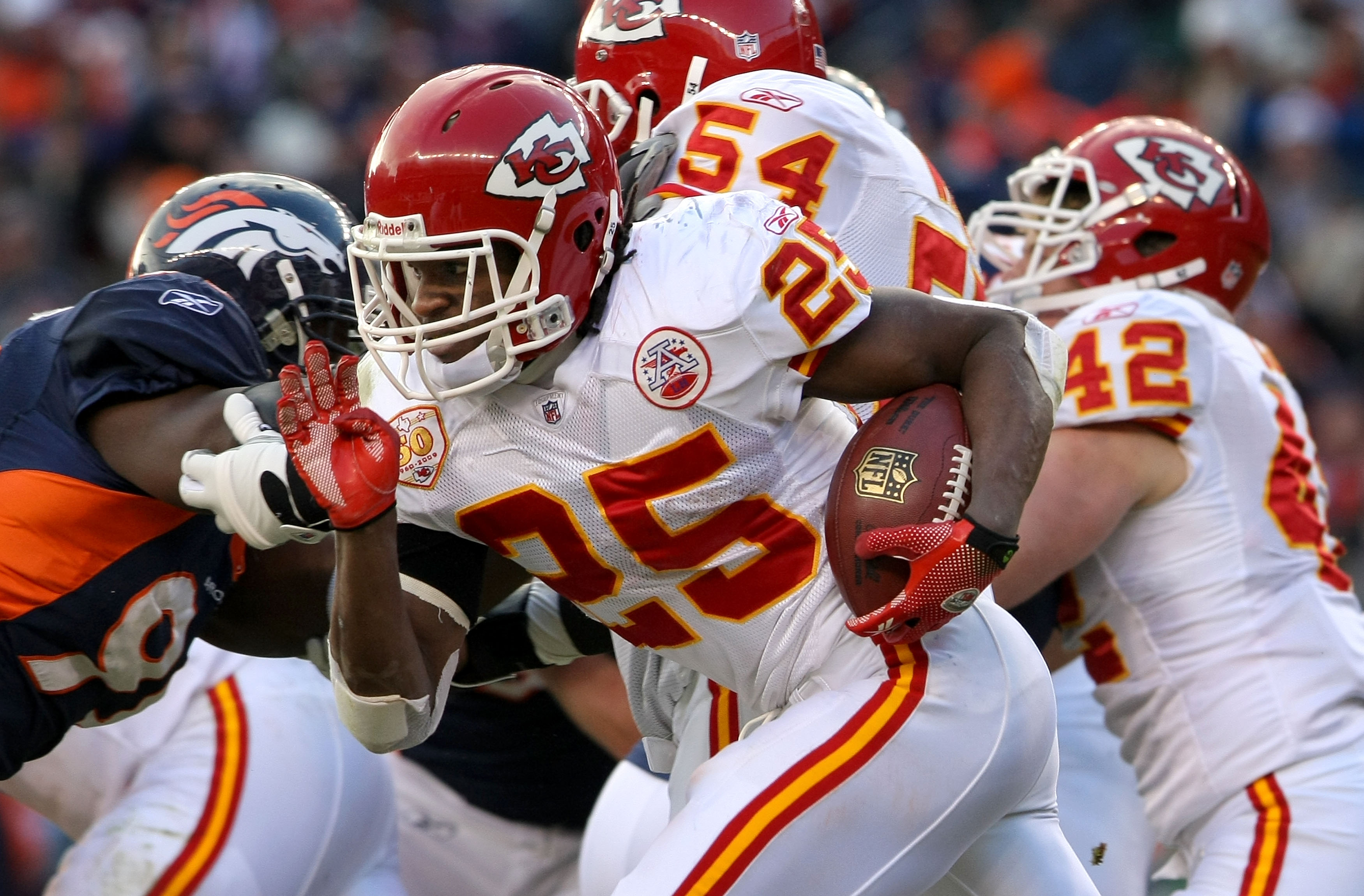 Jamaal Charles elevated to the feature back role for the Chiefs in the second half of 2010, but that was not enough to keep the Chiefs from signing Thomas Jones in the offseason.

Jones, who rushed for over 2,700 yards in his last two seasons with the Jets, will fight to hold on to the top spot on the depth chart.  But Charles, 23, is nine years younger than Jones and may find his comfort zone as we near Week One. 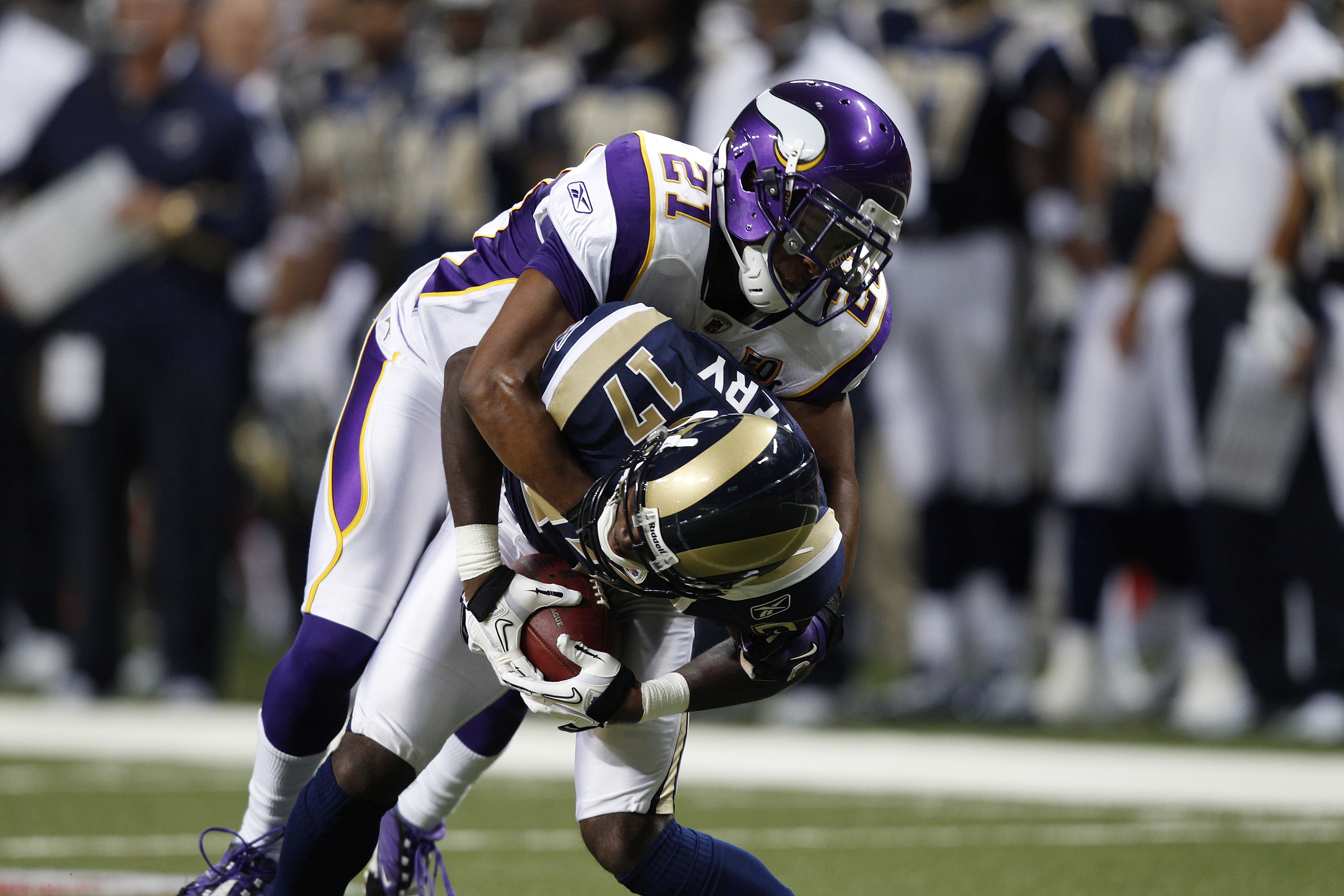 The Vikings lost cornerback Cedric Griffin to a torn ACL during the NFC Championship Game. Now, Minnesota must find someone to step up and cement the cornerback spot across from Antoine Winfield.

Asher Allen and Benny Sapp return from last year's roster, while 2010 second-round pick Chris Cook could emerge as the guy thanks to his size.

Regardless of who steps up, the Vikings will need that play to fill what is currently a hole in the Vikings defense. 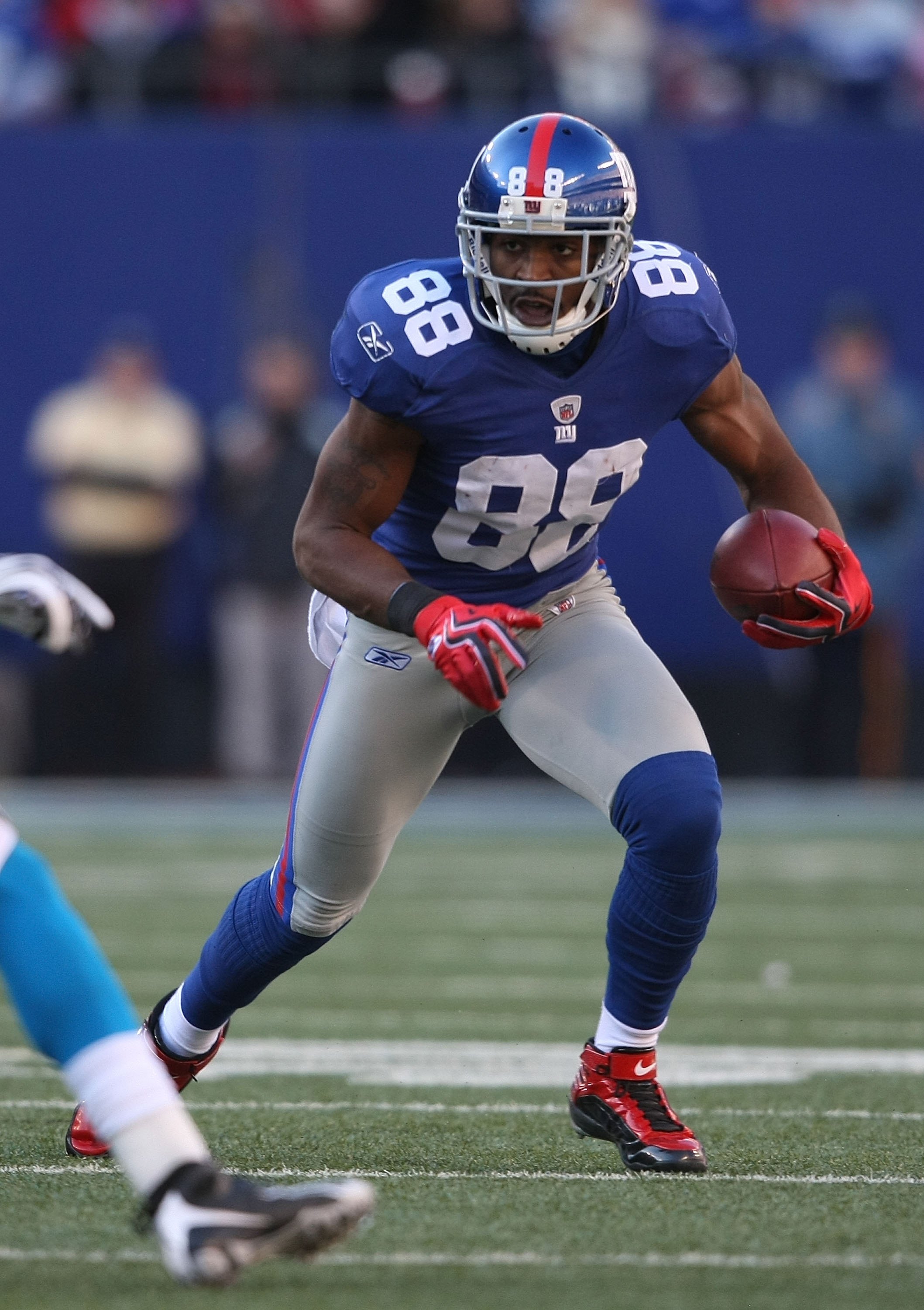 The Giants are still looking for that number-one receiver to take over Plaxico Burress' production.

Former first-round pick Hakeem Nicks is being looked upon to become the home run threat the Giants need.  However, other Big Blue targets including Derek Hagan, Ramses Barden, and even veteran Sinorice Moss will try to crowbar his way in.

The Giants want one guy to step up, but really the team would benefit most from of their young receivers taking big strides in 2010. 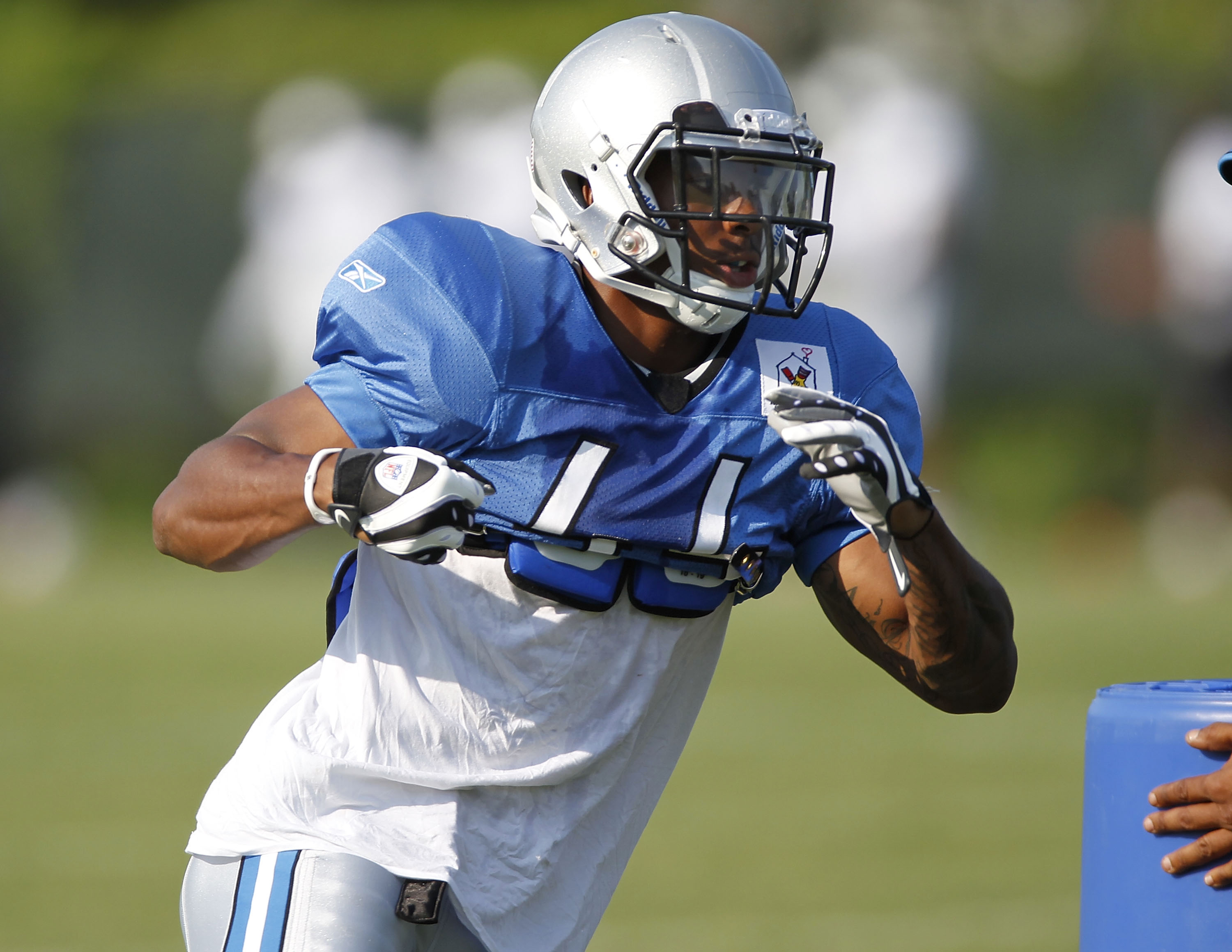 The Lions bolstered their wide receiving corps through free agency, but now they need the running game to step up to support second-year quarterback Matthew Stafford.

Rookie Jahvid Best and former third-round pick Kevin Smith will compete to be the main water carrier for the Lions. The duo offers very different running styles, the quick Best versus the more powerful Smith, but one will have to step up to bring balance to the Lions offense. 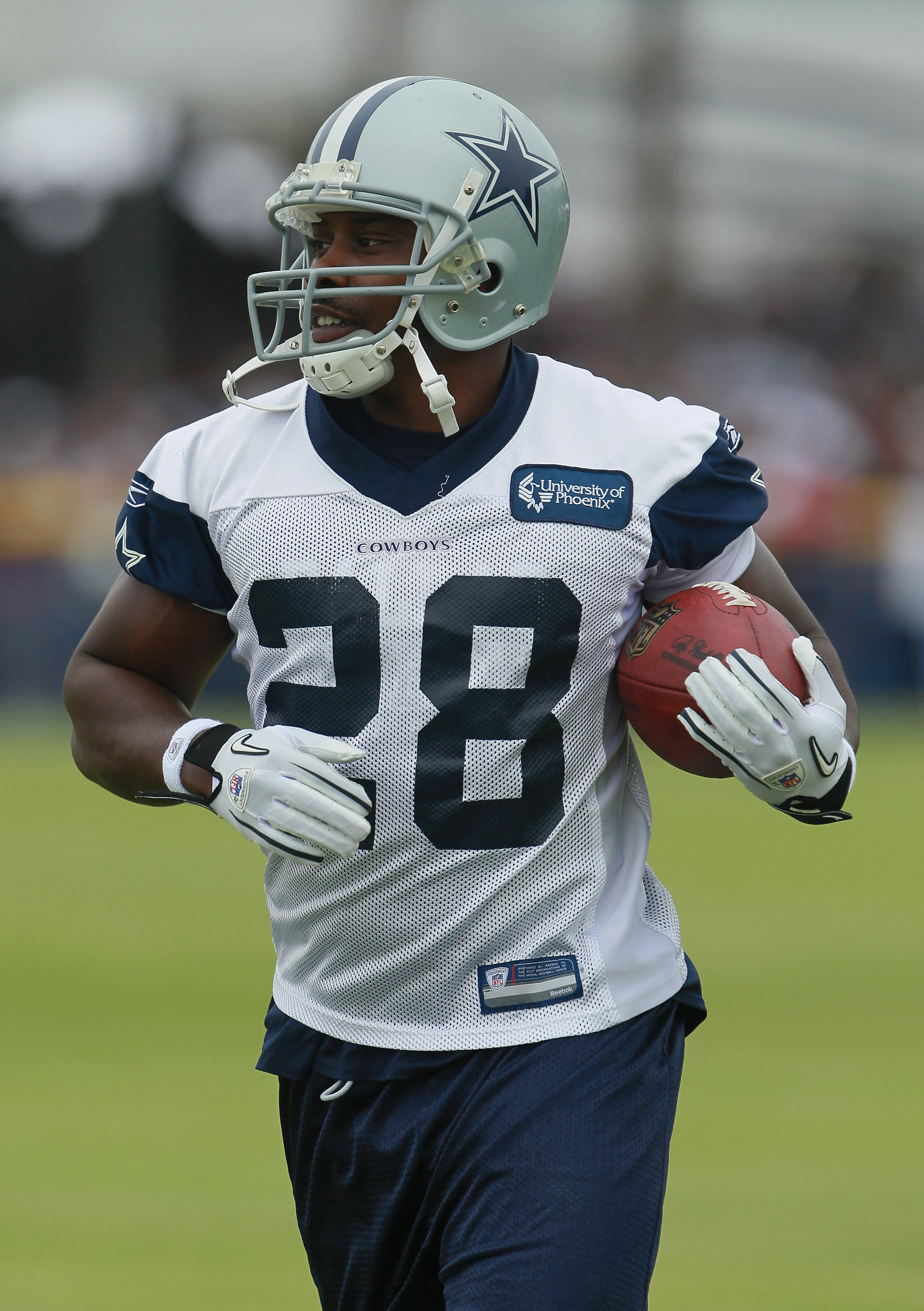 Like the Lions, the Cowboys have a battle brewing between their home run threat back (Felix Jones) and their battering ram (Marion Barber).

Jones has seen increasing playing time and plays going his way the more time he has spent in the league. Barber, conversely, is a hard-running back who takes countless big hits every week.

At the very least, Jones and Barber will begin to split more carries and plays this season but will 2010 be the time when Jones takes over as the feature back?