It's the end of an era. Did you ever see it coming? Raul Gonzalez Blanco, no longer at Los Blancos. El Siete, The Angel Of Madrid, El Capitan, The Golden Boy Of Spain, now no part of Real Madrid.

Maybe the excessive usage of the term "Raul Madrid" will stop. Actually, probably not. And who would want it to?

Raul's career has been the stuff of legend, at times outshining all the "Galacticos" that came and went for millions. So, as Raul, a Madridista through and through, bids farewell to his beloved Madrid, I take a look at his astonishing career.

Raul started his phenomenal career at Atletico Madrid, would you believe. Noticed as a young teen with a myriad of talent, Atletico signed him to their youth academy. Fast forward about a year, and Raul is let go by Atletico, as they decide to close their youth academy.

Young Raul, who is determined to crack the big-time, travels cross-town to Atletico's fiercest, most hated rivals, Real Madrid. From there, it's the stuff of fairytales.

Real Madrid and current coach Jorge Valdano signed him to their C Team in the '94/95 season, where he quickly impressed, with 16 goals in nine games.

Jorge Valdano, going through an injury crisis to his strikers, saw Raul's talent and gave him his first team chance.

How was Jorge to know the legend he had just unleashed? How was anyone to know?

Raul's debut already had him breaking records, as he became the youngest person (17 years and four months) to play for the Madrid senior side. The match was played against Real Zaragoza, and it ended in a 4-2 loss for Madrid, a bittersweet moment for Raul.

But now that he had a taste of the first team, he wasn't going to give it up easily.

Raul's next game came against Madrid's biggest rivals. Yep, you guessed it, Atletico Madrid. The club who had discarded him as a teen were about to pay for that decision massively—and the payback would last for years and years to come.

This match was just the start, as Raul had an excellent match against Atletico, scoring once and making two, a sign of things to come from the youngster. Already, Atletico were realising the grave mistake they had made, and regretting it big time.

Over the next year, Raul started to get more first-team chances, taking them with nine goals in 28 appearances, not bad for a debut season at all. Raul also helped Madrid secure the league title in his first season.

As the '94/95 season had ended, Raul was known all across Spain. World recognition was soon to follow.

The next season saw Raul get more game time, and he rewarded the faith with 25 goals in 50 games, not a bad tally at all. Unfortunately for young Raul, it wasn't enough to see him earn a Spain debut, and adding to that, he was not picked for the 1996 European Championships. His debut came in October that year, against Czechoslovakia.

The next season came and went for Raul, as he continually impressed. This season, however, saw the goals dry up, with Raul picking up a tally of 12 goals in 48 appearances.

Yes, the '97/98 season was one to forget for Raul, in terms of league success, with his poor tally and the title loss to Barcelona, although his efforts in the UEFA Champions League proved helpful, as Madrid went on to win that title.

In 2000, Champions League success again came to Raul and Madrid, as his burgeoning reputation grew and grew. In the tournament, he scored a goal in the final against La Liga rivals Valencia, finishing as the top scorer.

His success in 2000 went on, as he earned a place in the Euro 2000 Team of the Tournament, despite scoring just one goal. Raul was reaching heights for which seasoned veterans spent their whole careers searching—and he was still in his early 20's.

In 2002, as Madrid again relinquished the La Liga title, and European success came once more.

Raul had now won his third Champions League, and as he had scored in the final versus Bayer Leverkusen, he became the first player in history to score in two Champions League finals, a feat that has since only been matched by Samuel Eto'o.

Raul's accolades just kept coming though, and one wondered whether he would move from Madrid or not, as he was in very high demand from Europe's top clubs. But, Raul repeatedly said no, citing his love for Real Madrid, the club who had given him his chance.

During these highly successful years, Raul was one half of the most deadly striker force in Europe, with the other half being Fernando Morientes. The two were among the most feared in Europe.

In 2003, Raul was named Captain of Real Madrid, leading to the nickname El Capitan. Raul was realising the dream, and now, he was one of the best in the world.

In the next few years, as the "Galacticos" nickname was penned to describe Real Madrid's superstars, Raul saw his status as the club's star player somewhat fall away. Players like Beckham, Zidane, and Owen arrived, and while he still performed brilliantly, he was no longer the key player. He particularly didn't like Michael Owen, saying he preferred Fernando Morientes.

As the Galacticos era seemed to end, the ageing Raul retained his starting spot, and continued his good form.

His international career was a different story though. After a disappointing 2006 World Cup, Raul was left out of the Euro 2008 squad, with Luis Aragones preferring Fernando Torres and David Villa.

Raul lost his international captaincy to club-mate Iker Casillas and didn't play for Spain after '08. He holds the distinction of being Spain's all-time leading goal scorer, as well as being Real Madrid's leader in that respect.

In the summer before the '09/10 season, it was signings galore at the Bernabeu. Kaka, Benzema, and Cristiano Ronaldo were all brought in to ensure success.

As a result, Raul, despite being captain, lost his starting spot, and found it hard to come by goals and appearances. At the end of the season, after no trophies being won, coach Manuel Pellegrini was sacked and replaced by Jose Mourinho, the European Championship-winning coach.

Mourinho has recently signed several youngsters, as he looks to restore Madrid to their former glory and bring trophies to the Bernabeu. Moreover, Mourinho seemed to not hold Raul and fellow club legend Guti in his plans and both of the announced their departure from Real Madrid.

Guti left the day before Raul, to the sadness of many fans. It was not quite the same as Raul's departure, as the fans today weep at their loss, but also rejoice in the memories their hero gave them.

Like Francesco Totti to Roma, like Ryan Giggs to Manchester United, Raul is Real Madrid, and it will be hard to imagine Madrid without him. In fact, even if Raul isn't donning the famous white, he will always be Madrid through and through, as he himself said.

So goodbye Raul, you are a true legend, and Real Madrid will most certainly miss you. It will be odd not seeing you in the white shirt of Los Blancos, but I'm sure wherever you go you will entertain and delight.

If it is indeed Schalke as rumoured, or even Tottenham Hotspur, I am sure you will leave your mark, just like you did at the Bernabeu.

May new nicknames be made, may even more records be broken, may the fans love you as the madridista's always will.

With all the records you broke, all the trophies you won, all the things you achieved, it is a wonder how you never won the Ballon D'or. 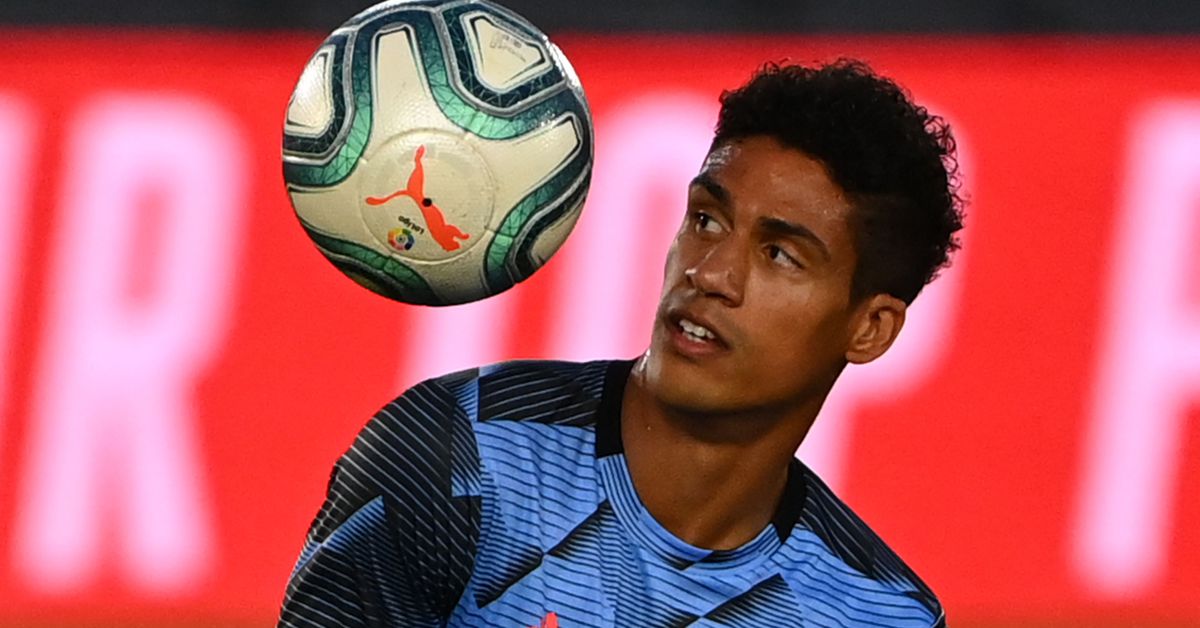