Even students of his history as a tireless provocateur may have been taken aback last week when Sir Alex Ferguson, who at 66 is the only full-time manager in English league football entitled to the state pension, was credited with stirring indignation in the ranks of Help the Aged.

It was, of course, a case of mischief begetting mischief when The Sun asked the charity organisation to comment on Ferguson’s attempt to wind up Luiz Felipe Scolari by speculating that the Chelsea squad had become overloaded with “experienced” (over 30 years old) players.

Accusations of ageism came with hilarious promptness. “In 2008, age is no longer an acceptable yardstick to measure a person’s worth or potential,” said Kate Jopling, spokesperson for Help the Aged, before adding a line that suggested she might have put in a couple of shifts on The Sun's subeditors’ desk: “Ageist attitudes and comments such as this should always be handed a red card.”

Either Kate was joining in the tongue-in-cheek fun or it is her mental age that should be causing concern.

Ferguson is in every sense too old in the head to pay much heed to the amusing nonsense.

He must live with the reality that, as he prepares to enter his 23rd season in charge of Manchester United, he has reached the point of dominating the media’s agenda for football in this country more extensively and persistently than any of the game’s greatest figures of the past ever did.

Whether stories are serious or trivial, substantial or frivolous, they are seen as gaining in impact from the inclusion of his name.

Obviously, somebody with his unprecedented record of trophy-harvesting achievements is bound to be subjected to incessant attention by broadcasters and newspapers, and likely, therefore, to be a rich seam of soundbites and to create a gusher of printer’s ink.

It is relevant, too, that both the expansion of sports-page acreage and the intensification of electronic coverage have changed reporting beyond recognition since the days of previous giants of management such as Sir Matt Busby, Bill Shankly, and Brian Clough.

The doings of those remarkable men stimulated huge and sustained interest (perhaps most strikingly the deeds of Clough, whose often wild but consistently productive and compelling personality refused to let the unfashionable clubs employing him remain obscure), but none of them was the relentlessly ubiquitous presence in the headlines that Ferguson is now.

While Jose Mourinho was winning consecutive Premier League titles with Chelsea, his blend of coaching brilliance, frequently offensive but unignorable utterances, and rivetingly improbable behaviour inevitably made him the darling of large swathes of the media. However, even in the Portuguese comet’s most dazzling phase, the Glaswegian wasn’t exactly in the shadows.

Theirs was a well-matched rivalry—on the field, in the press, and at the microphone—and Ferguson was always confident the superiority in results that Mourinho skillfully extracted from the unlimited resources provided by Roman Abramovich’s wealth would be temporary.

Manchester United’s recapturing of the championship in 2007 vindicated that faith, and Mourinho, having found Abramovich’s interference increasingly intolerable, was already confronting evidence of a crumbling regime when he departed with a barrowload of compensation last September.

The abrupt defection and the events that followed it have left Ferguson once again splendidly isolated at centre stage in English football, competitively supreme after a Premier League and Champions League double and unchallenged as the national game’s most eagerly quoted voice.

Last week’s papers were awash with superfluous proof that much of what he says will be aimed at upsetting the other clubs expected to contend for major honours.

In the interviews coming out of United’s touring party in South Africa, there was the familiar use of a personal code that is about as difficult to decipher as the neon signs on the Las Vegas Strip.

Thus, when he suggested an age problem at Stamford Bridge could prevent progress under Scolari (a conclusion scarcely supported by reference to all, rather than a convenient few, of the birth certificates involved), the natural reaction was to assume he regards Chelsea as the biggest threat to the defence of the championship.

On the same principle that Ferguson’s disparaging words are usually reserved for the dangerous, Arsène Wenger would cast a cold eye on his willingness to wax compassionate about how drastically Arsenal were undermined by injuries last spring.

As Wenger reflects on three seasons without a trophy, faces up to the loss of valued personnel, and worries over the possibility that additional weakening departures will be caused by Arsenal’s rigid wage structure, sympathetic noises in a Govan accent cannot be high on the Frenchman’s wish-list.

Behind the early blitz of propaganda, Ferguson has a right to be sanguine about the campaign ahead. He has built yet another formidable team and, whether Cristiano Ronaldo stays or goes, further development should be assured by a unique manager’s talent and miraculous stamina of spirit.

His prospects of more triumphs will undoubtedly be improved, if the mammoth sum expended on securing Carlos Tevez as a fully signed-up United player does not encourage Tottenham to become intransigent in negotiations for the transfer of Dimitar Berbatov.

With Berbatov playing centre-forward, Ferguson’s men would seem attractively priced at a best-available 6-4 to complete a hat trick of titles (more appealing, certainly, than Chelsea at 15-8 to be champions, Arsenal at 5-1, or Liverpool at 15-2).

In the matter of who will inspire most headlines, there’s no betting. 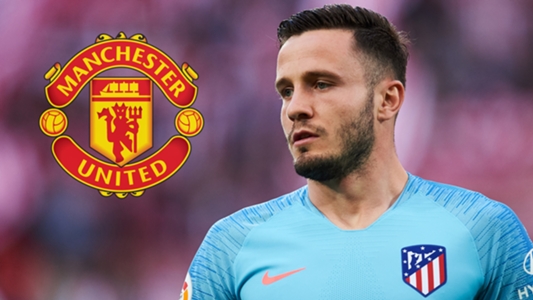 Chelsea winger could join Arsenal or Spurs with contract expiring

Man United can send a message to rivals with summer transfer

Man United can send a message to rivals with summer transfer