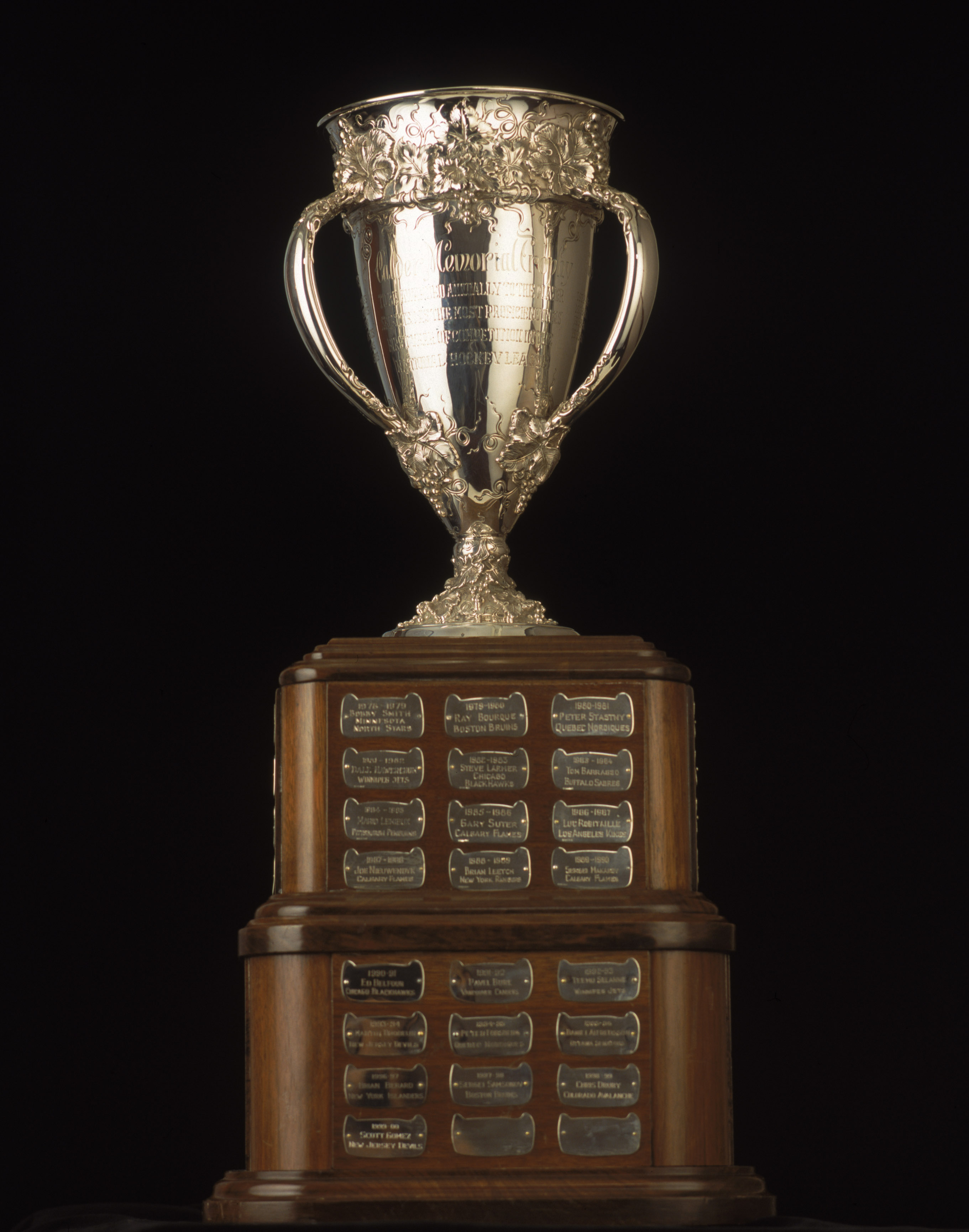 The NHL nominates three finalists for each trophy they hand out tonight in Las Vegas. Three is never enough to properly do honour to all the players who could legitimately have a shot at one of these year-end trophies.

This has never been more true than this year, when Tyler Myers of the Buffalo Sabres, Jimmy Howard of the Detroit Red Wings, and Matt Duchene of the Colorado Avalanche compete for the honour of being named NHL rookie of the year and winning the Calder Memorial Trophy.

The cap-strapped NHL has seen many teams push rookies into the lineup, and a lot of those rookies have been contributing and excelling despite their inexperience. Colorado seemed ready to run with an all-rookie lineup for long stretches of the season.

Here is a deeper look at the 2009-10 rookie class and how the top dozen rookies in the league fared last year. 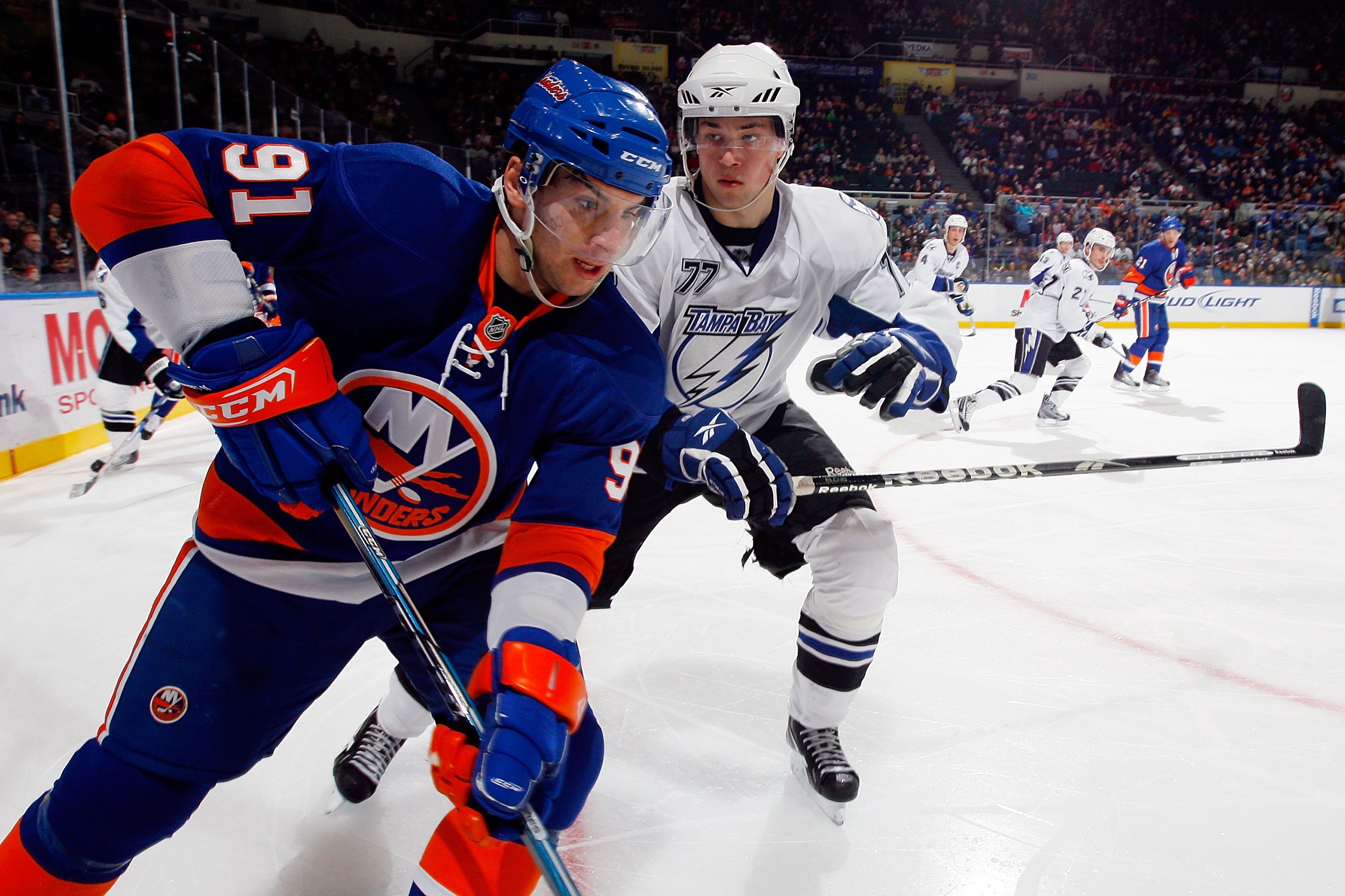 Hedman came into the league touted as perhaps the most NHL-ready of last year's draft choices. He certainly was NHL-sized. He still has a huge learning curve to climb to be a top-rate NHL defenseman.

That said, he played 74 games last year and averaged over 20.5 minutes a game played. He helped stabilize what was one of the worst defenses in the NHL, and while his offensive contributions were spotty at best, expect improvement as he adjusts to NHL speed and size. 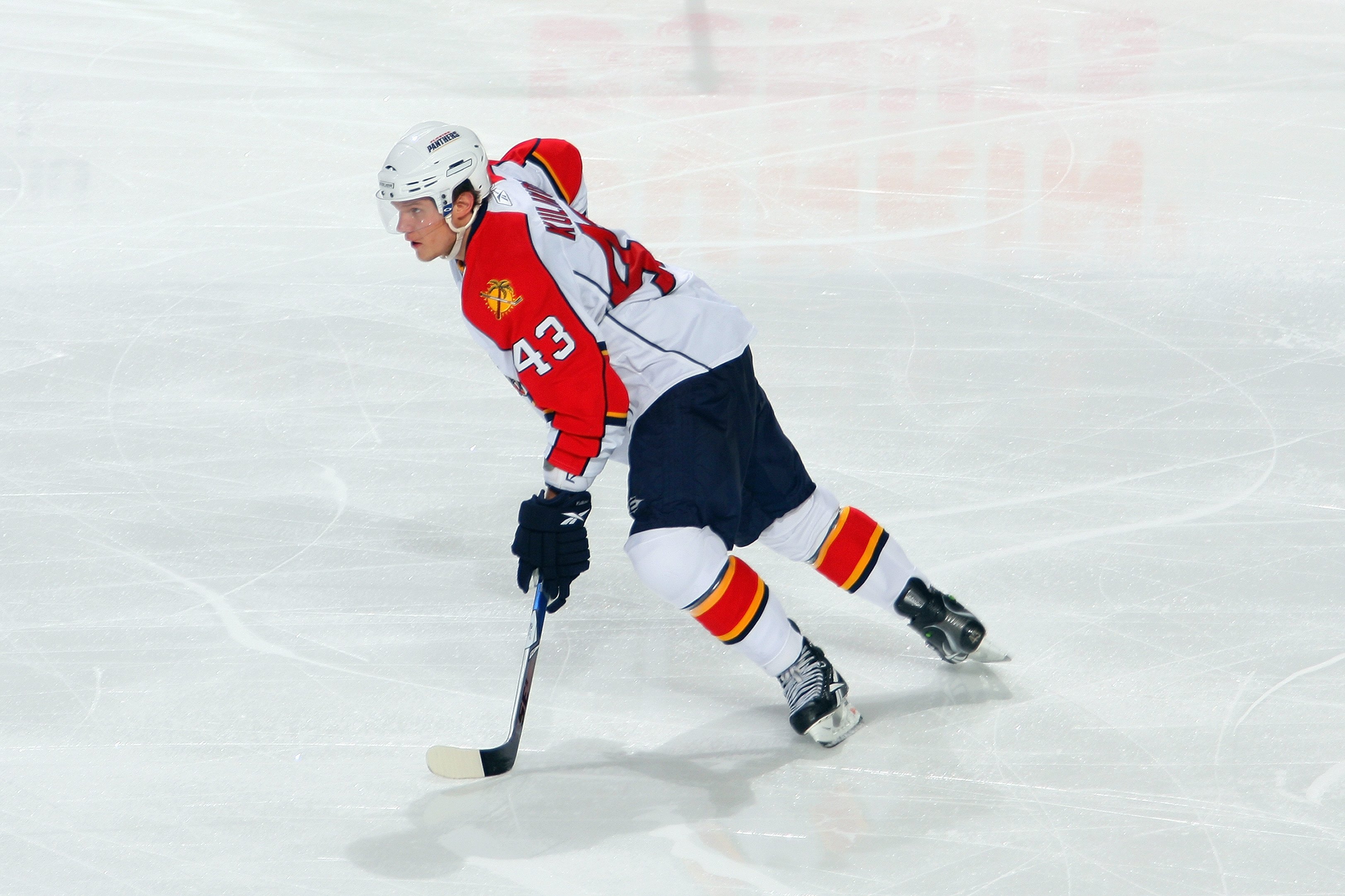 The slick-skating Kulikov showed confidence and savvy with the puck far beyond most players his age. He was a big member of another shaky Panther defense.

He missed 14 games last year with a knee injury, but look for great things from Kulikov as a sophomore. 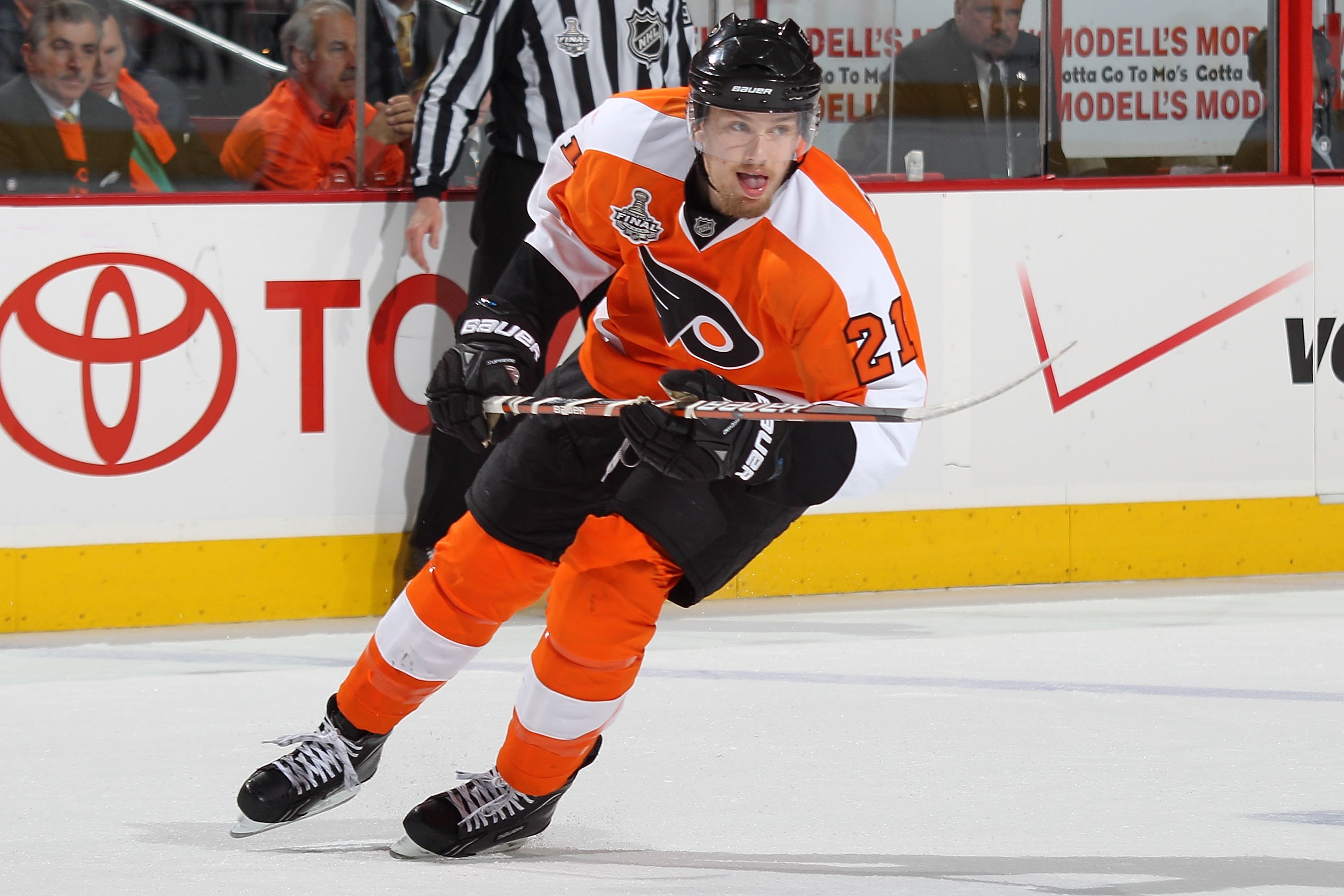 The young power forward was a hugely anticipated addition to the lineup in Philadelphia. He got off to a hot start but couldn't maintain it through the entire NHL season.

His first season was still a good one, and he had a presence in the playoffs that needed to be dealt with. Van Riemsdyk should be a force in the league for years to come. 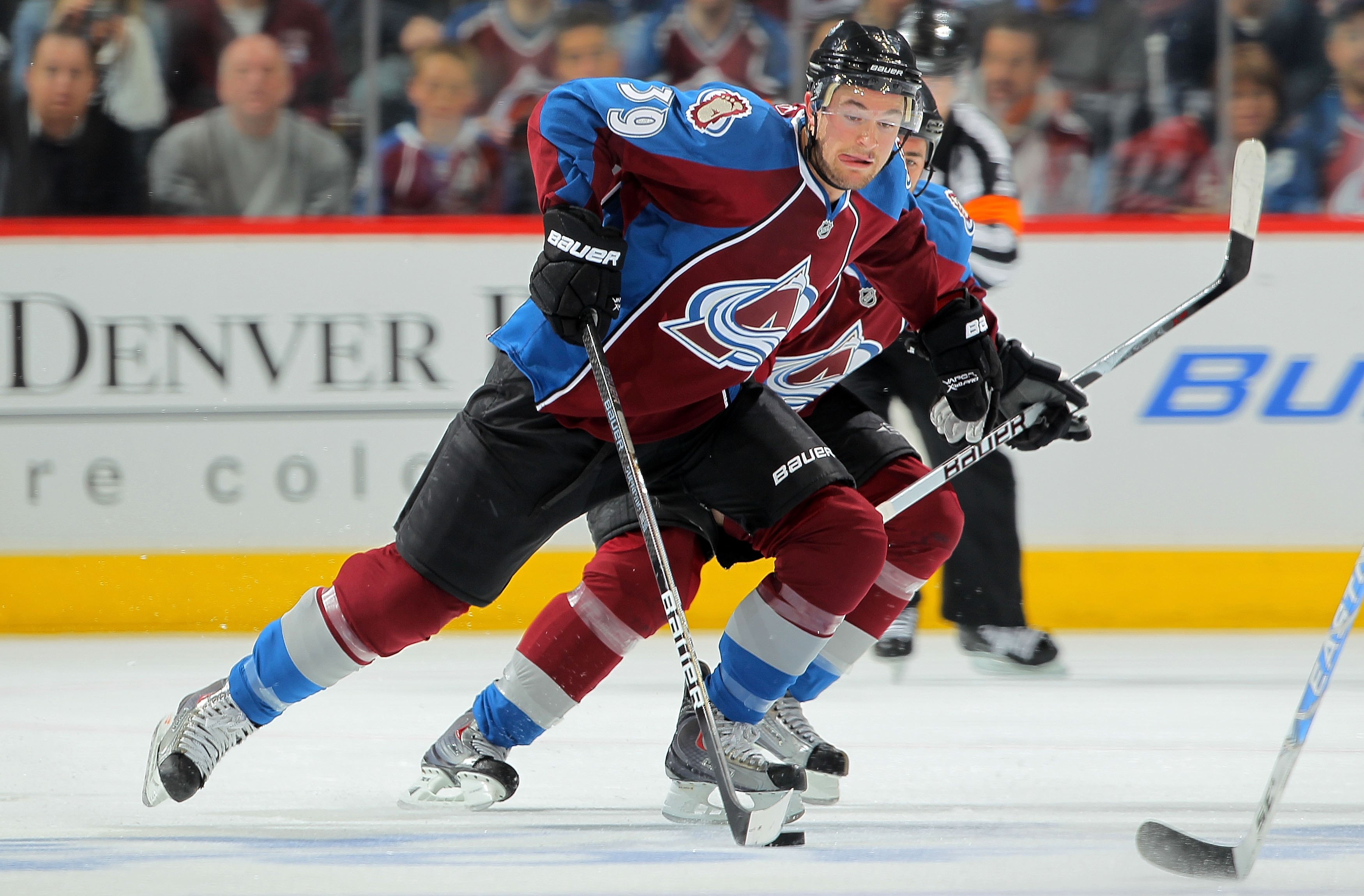 The lean Galiardi was on a hot streak coming out of the Olympics. He was earning top-six minutes by the end of the season and killing penalties for the Avalanche. He was an important part of Colorado's drive for the playoffs. 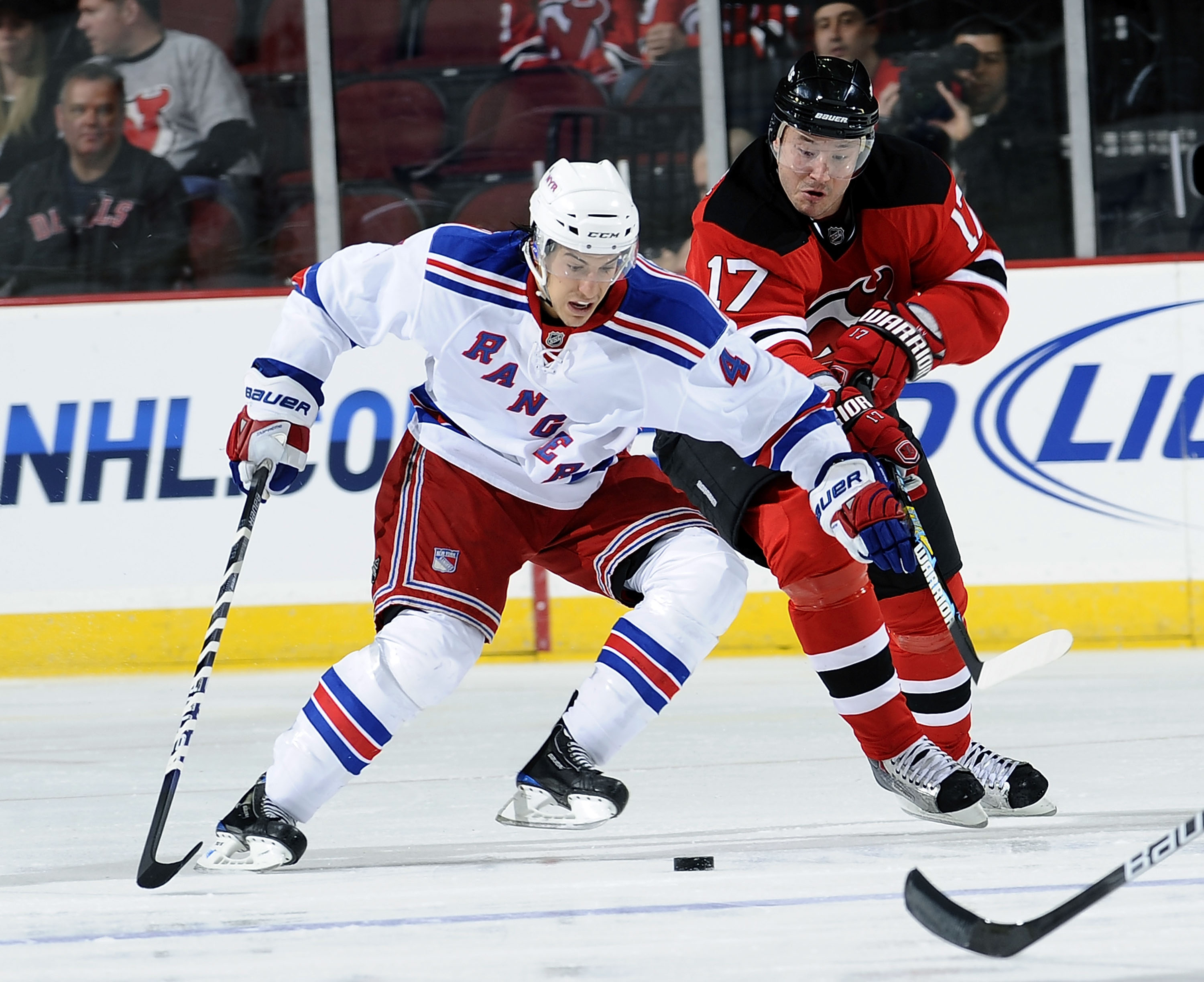 The soon to be 20-year-old had a great first season with the Rangers. He was thrown in the deep end, and mostly he swam. He spent a fifth of his minutes on the team's power play and played almost 19 minutes a night for what was ostensibly an entire season.

The offensively skilled Del Zotto was another rookie who started hot and cooled as the season progressed, but his 37 points were an impressive total for any rookie, let alone a defenseman. 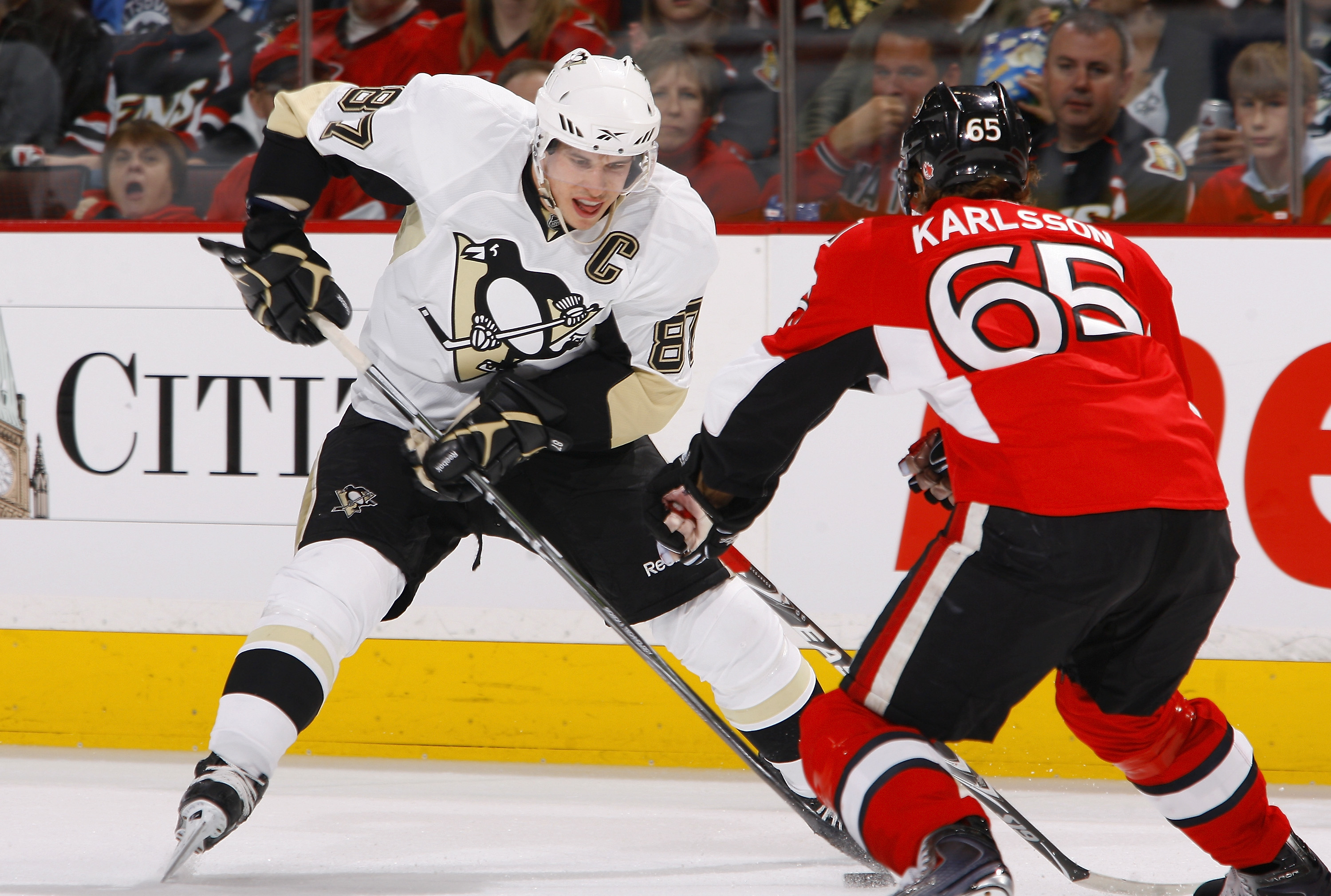 The tiny Swede played over 20 minutes a game on a defense that gave up the fourth fewest shots on goal in the league last year.

He struggled early in the season, but he's another offensively skilled, puck-moving defenseman who excelled as a rookie this year.

He managed 12 points in his last 10 regular season games and then followed that up with an impressive point-a-game performance in the Senators' first round loss to Pittsburgh.

He looks to have found his stride in the NHL and could have a breakout offensive year in 2010-11. 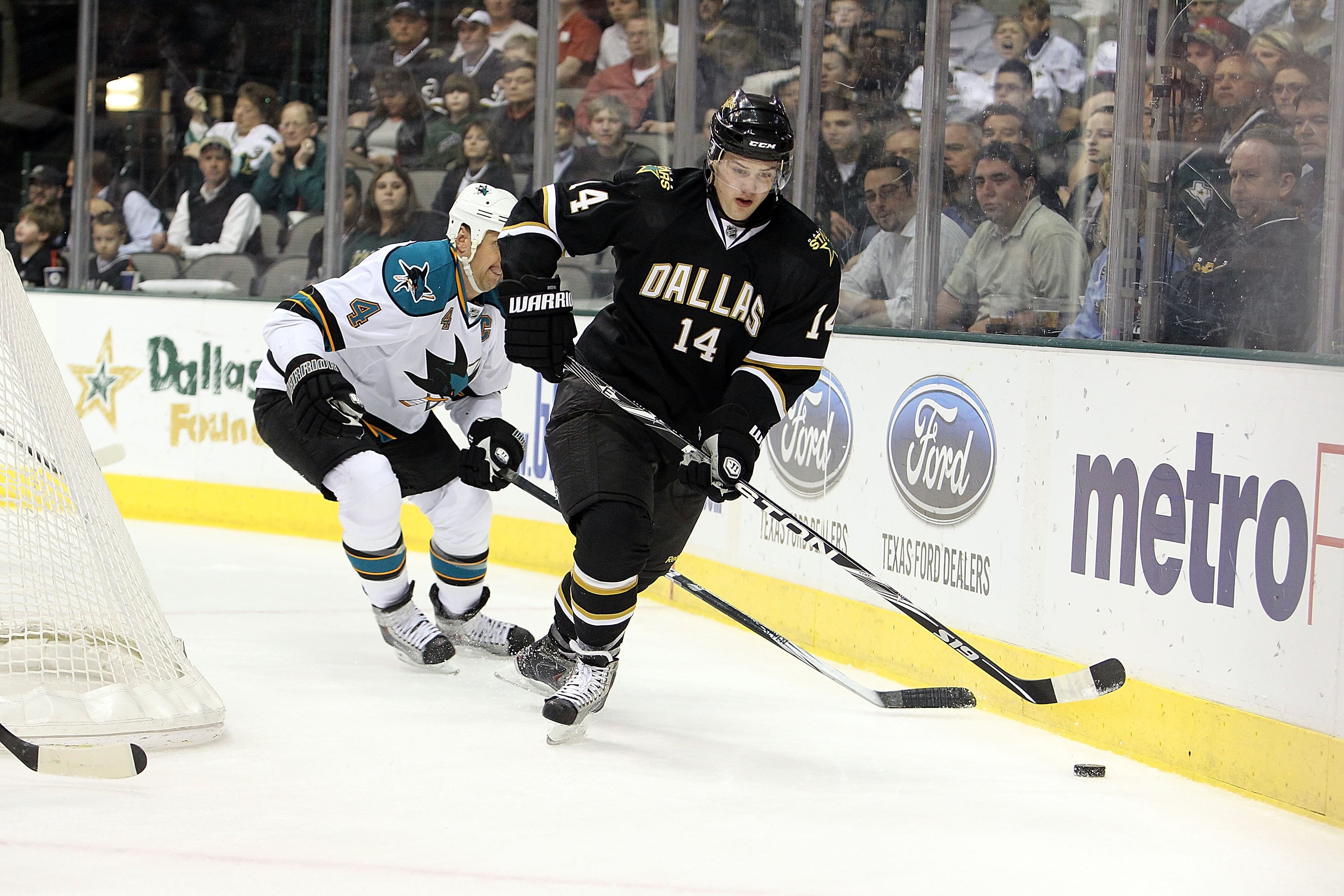 Jamie played a full season in Dallas mostly as a third line checker yet managed a solid half-point a game and 22 goals.

Benn had a solid defensive year in Dallas and probably deserves consideration as one of the top 12 defensive forwards in the league.

On a team that features former Selke Trophy winners Jere Lehtinen and Brenden Morrow, Benn led the team in takeaways with 70 (seventh best in the league) and takeaway to giveaway differential (+33). He was a big hitter and logged a lot of penalty kill minutes this year.

Look for Benn to compete for the Selke soon. 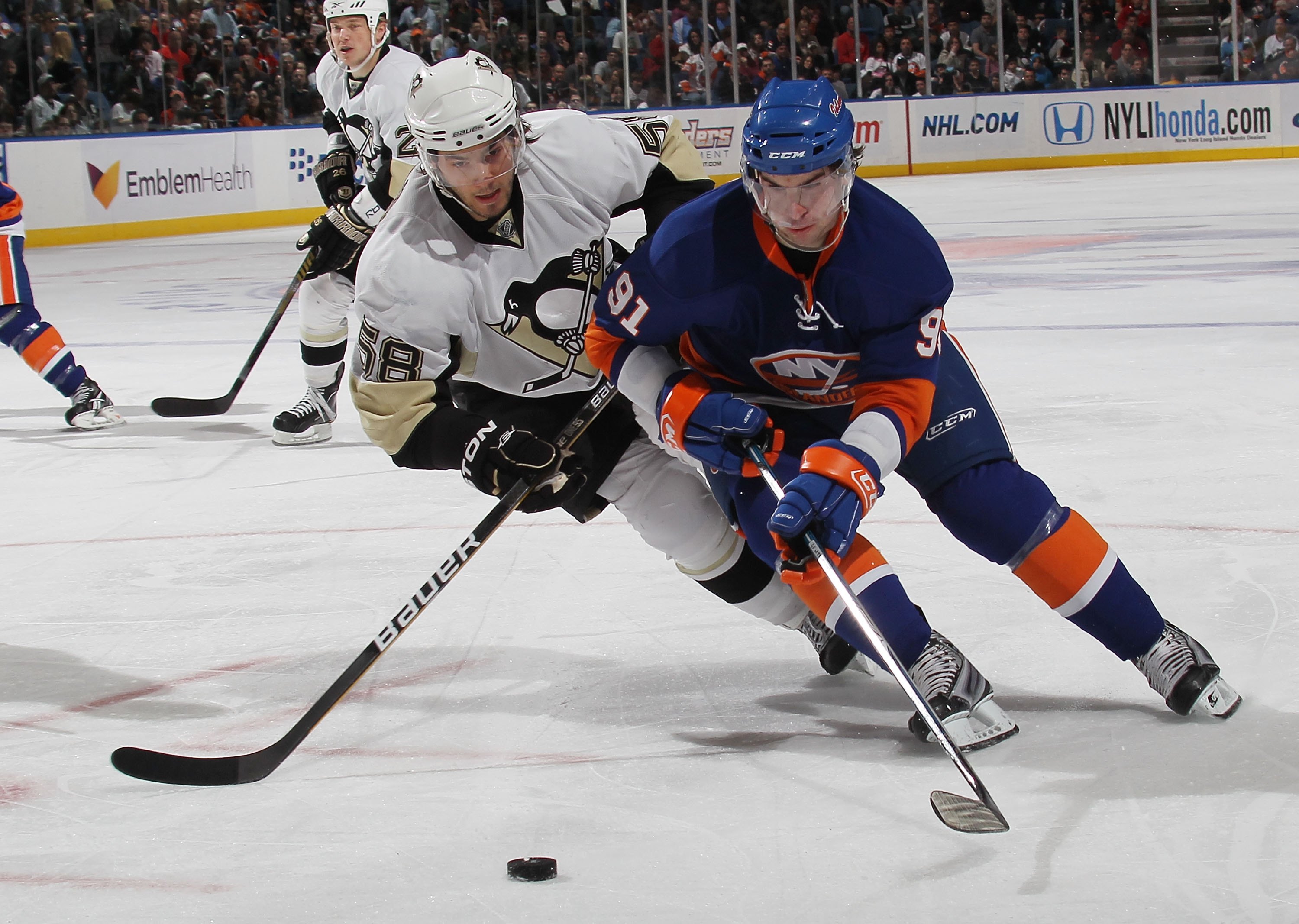 Young John Tavares was another preseason pick to win the Calder. He had a great offensive year despite not much of a supporting cast on the Island.

A stress fracture suffered at the World Championships didn't cause him to miss any games, but the stress of being New York's one big star seemed to tell by year end.

Still, Tavares led an improved Islander team up from the basement. Look for some talent to be added this year, and expect Tavares to be closer to a point a game player for the Islanders next year.

He'll have to work on his face-offs in the offseason as well. The rookie only won 47.5 percent of the 1,129 face-offs he took. 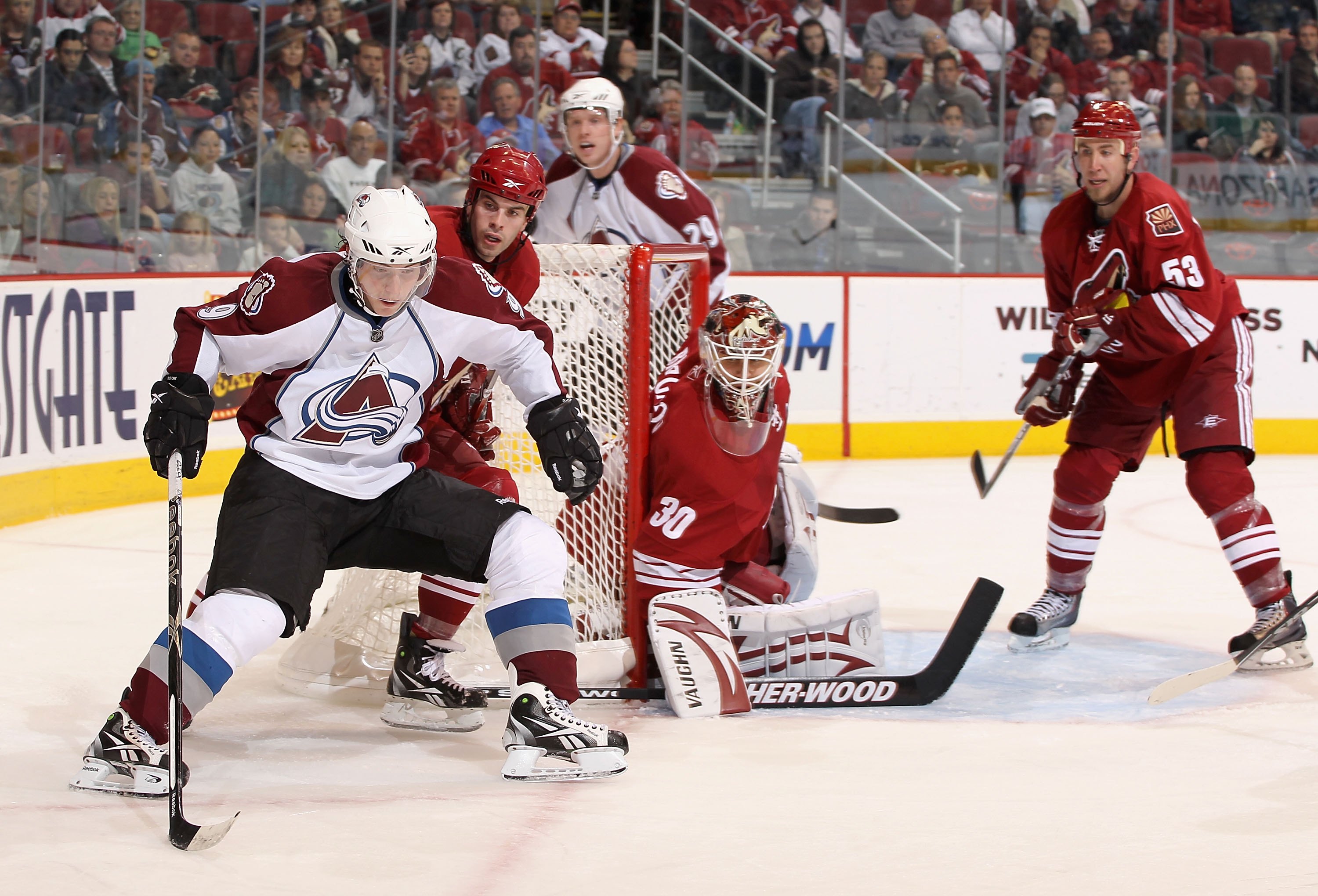 Matt had a much easier introduction to the NHL than John Tavares did. He got to play second line center behind the established Paul Stasny in Colorado.

The Avalanche also provided him with a nice blend of talented youngsters and skilled veterans to play with, and he led all rookies in scoring last year.

He had even more trouble than Tavares did in the face-off circle. He played almost as many minutes a game as Tavares but with the deeper Avalanche lineup got almost 100 minutes less power play time over the season.

He was a key part of bringing Colorado back into the playoffs after they finished last in the West the year before. 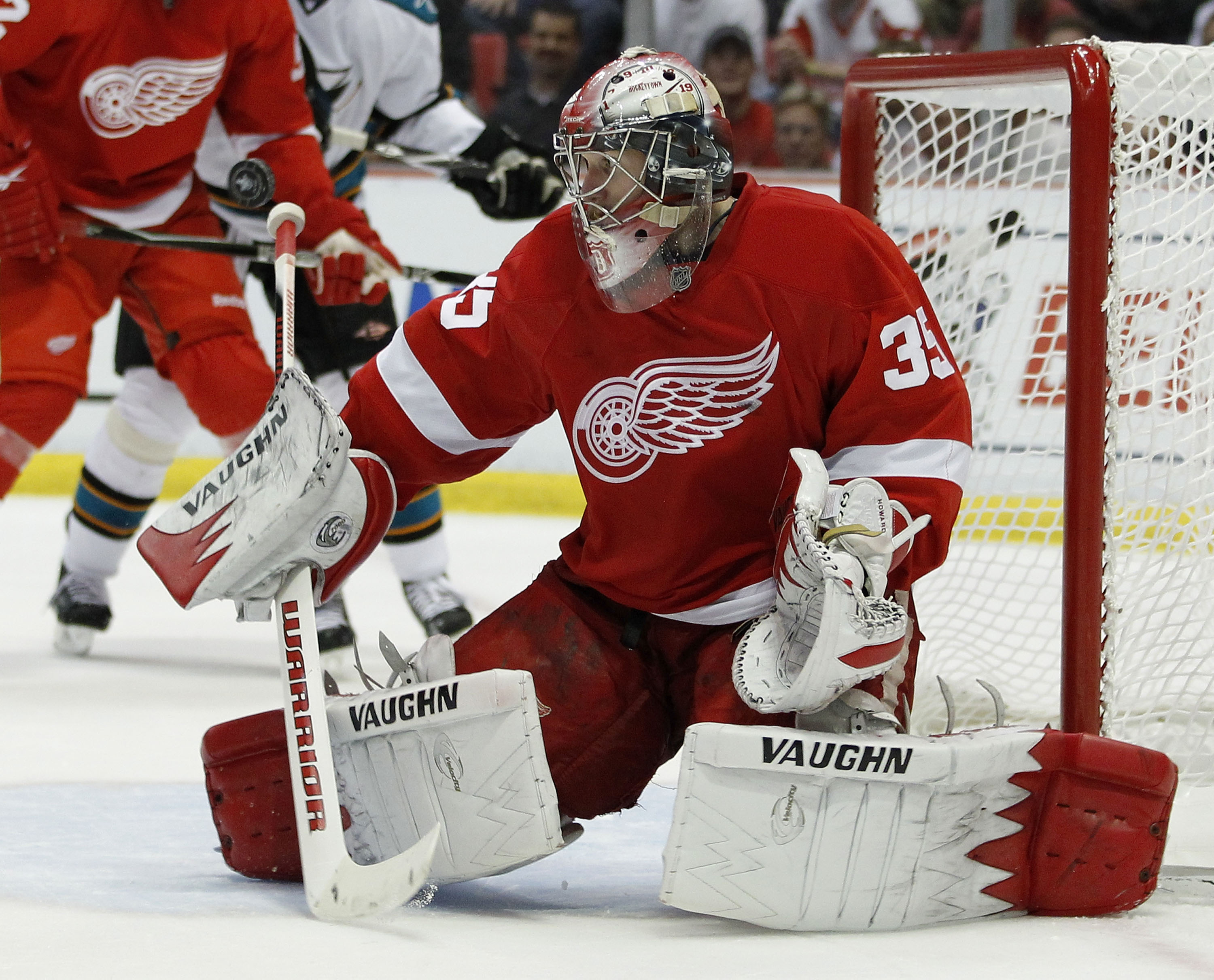 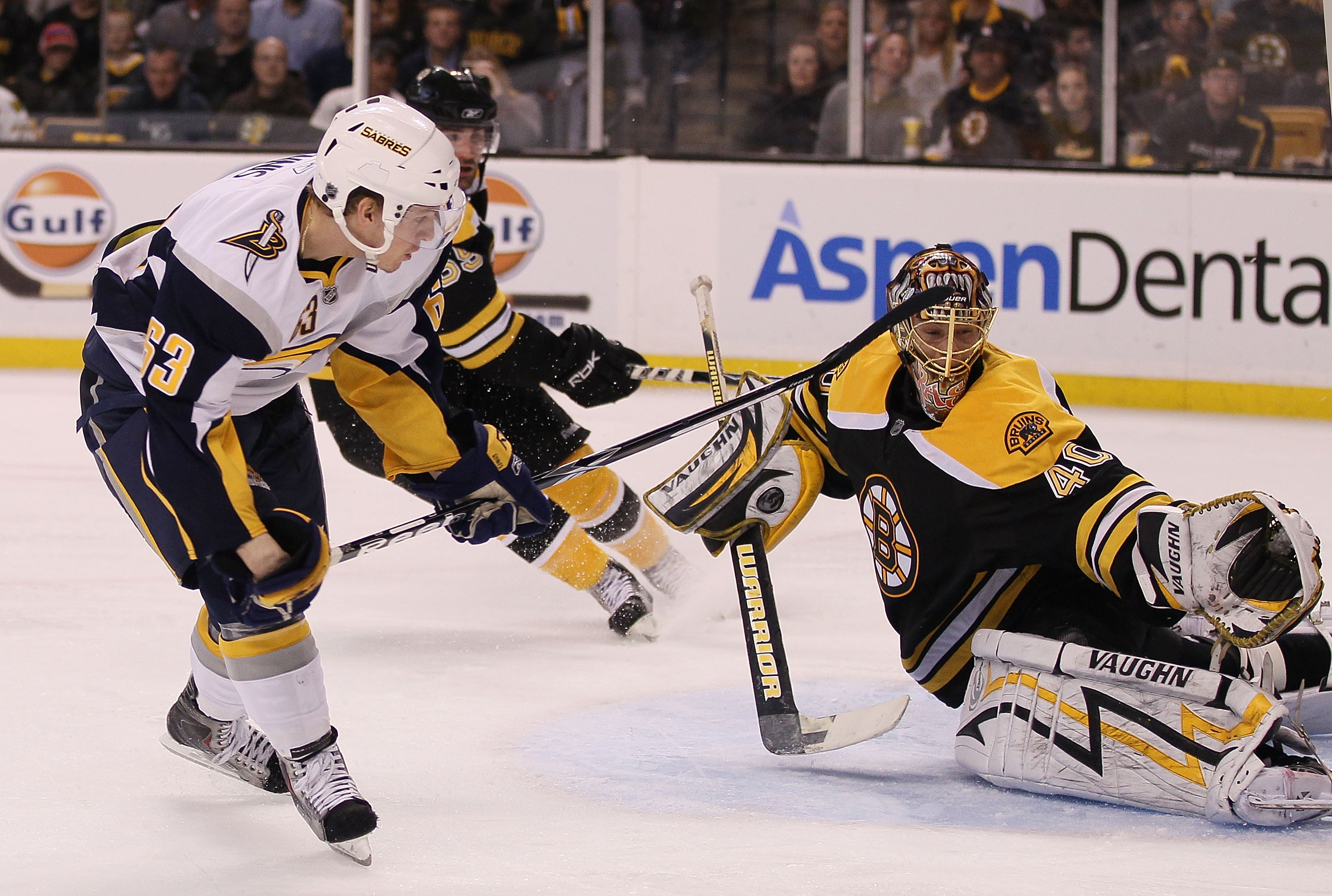 Former Leaf pick Rask had a very similar year to Jimmy Howard in Detroit. He beat out last year's Vezina Trophy winner Tim Thomas for the starting job in Boston. He beat out the highly regarded Ryan Miller in a first round defeat of Buffalo.

While not carrying the workload of Howard, he managed to lead the league in GAA and save percentage.

Rask was the difference between winning and losing for a Boston team that couldn't buy an extra goal this year and gave up a middle of the league 29.8 shots against per game.

Rask definitely should have been one of the NHL's final three nominees for rookie of the year. 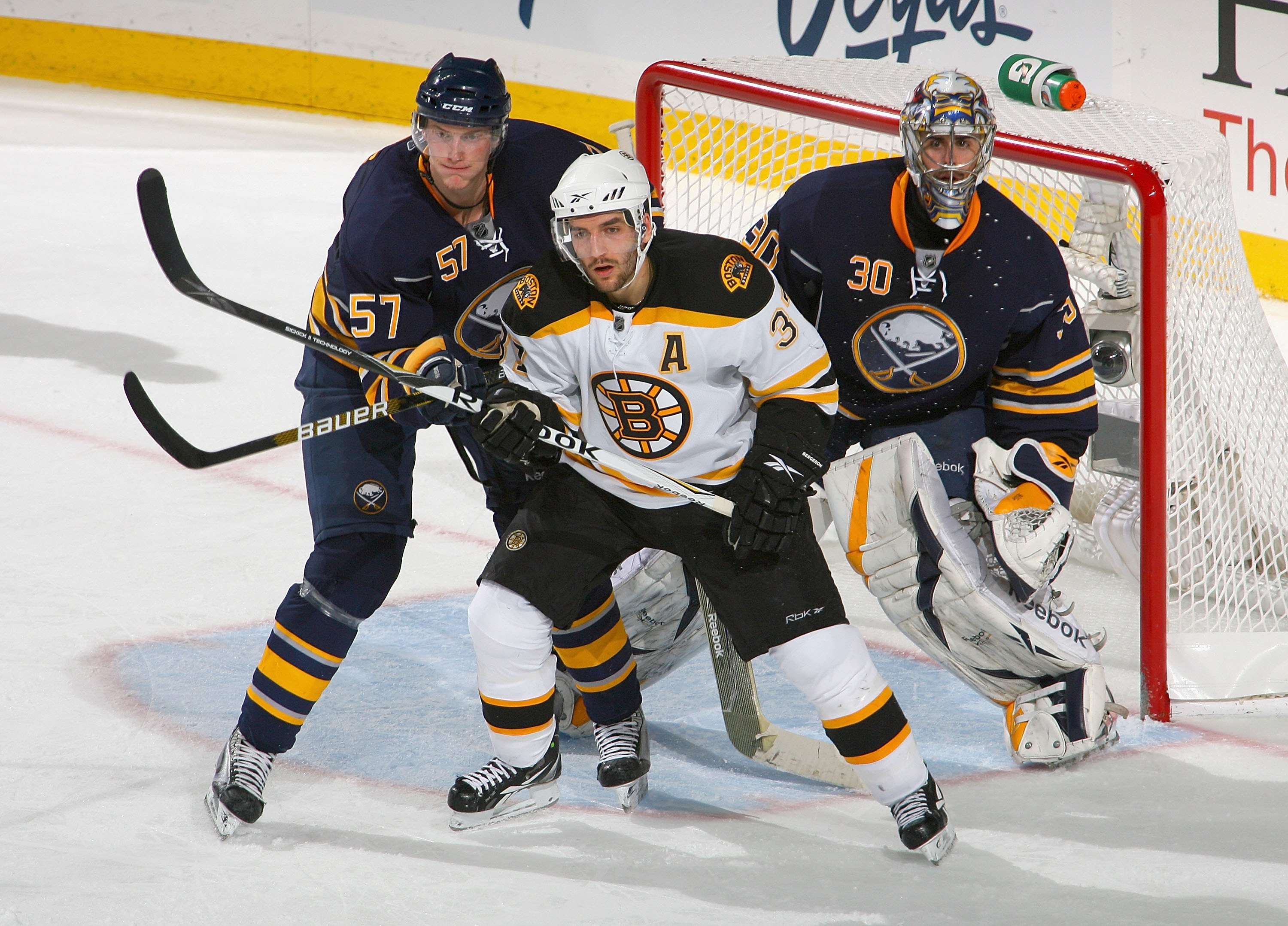