In 2010, incoming freshman Ronald Powell may end up replacing both of them.
Once in a blue moon you will hear about a college player who excels at both sides of the ball. But those players are usually of the cornerback/wide receiver variety, two positions that are easily translatable.
For Powell to play defensive line on one side of the ball and catch passes on the other would be quite a feat. But that's just how special of a player Powell could be.
Think Deion Sanders or Charles Woodson, only much bigger.
Ranked No. 1 in the 2010 recruiting class by ESPN, Powell was undoubtedly the crown jewel of the class.
The Moreno Valley, Calif., native was assumed to be a lock to stay on the West Coast, most likely destined to perennial powerhouse USC.
But then a funny thing happened.
He took a trip to Gainesville, where he met Urban Meyer and forged relationships with fellow 2010 classmates. Those classmates happened to be quite the collection of talent themselves, and Powell knew that he would fit right in.
Even before Powell was in tow, Florida's 2010 class figured to be one of the better classes in the past few years. But a few master strokes later, and Urban Meyer not only had Powell, but also a slew of talent that many are calling one of the greatest classes in history. Florida amassed four of the 12 five-star recruits on ESPN's board, and that was after five-star recruit Demar Dorsey de-committed.
Even with all that talent in tow, Powell seems destined to be the one who truly stands out and dominates college football.
Of course, not all college prospects pan out the way they are supposed to for various reasons.

But Powell showed exactly why he was such a valued commodity in January. That's when he dazzled at the Army All-American Game, winning MVP honors for recording this absurd stat line: five tackles, a forced fumble, a safety, a returned blocked extra point for a score, and a caught touchdown pass.
Powell is expected to primarily be a defensive end for Florida, but he also played linebacker in high school. And he obviously has some pretty nice hands for a tight end. It's for this reason that the 6'4", 224-pound freak of nature is listed as an "athlete" by recruiting services.
Yes, that is a picture of Ronald Powell last year at Florida's Friday Night Lights camp. He sure doesn't look like a high schooler does he?

If a picture says 1,000 words, then this one says that Powell won't be facing too much of an adjustment to the college game from a physical standpoint.
One thing is clear, Powell will get on the football field next year.

During his interview on ESPNU after officially declaring himself a Florida Gator on National Signing Day, Powell revealed that Florida coaches told him that he would play all over the field.

"After I signed this morning, Urban Meyer said, ‘Oh, great, now I got the No. 1 tight end in the nation,” Powell said in the ESPNU interview. “Then Dan McCarney gets on the phone and says, ‘You’re going to catch a couple of balls in the red zone—five catches in the red zone and 50 snaps at defensive end.’"

That's not a bad workload for an incoming freshman.

Not many freshman would be able to handle too heavy of a workload at either position. Expect Powell to excel at both.
Just when people thought the Florida Gators would take a step back in the college football world, players like Powell help the program reload.

An even scarier thought is just how Florida's creative offensive and defensive minds will help Powell revolutionize the sport.

Everything You Need to Know About Today's Senior Bowl

Everything You Need to Know About Today's Senior Bowl 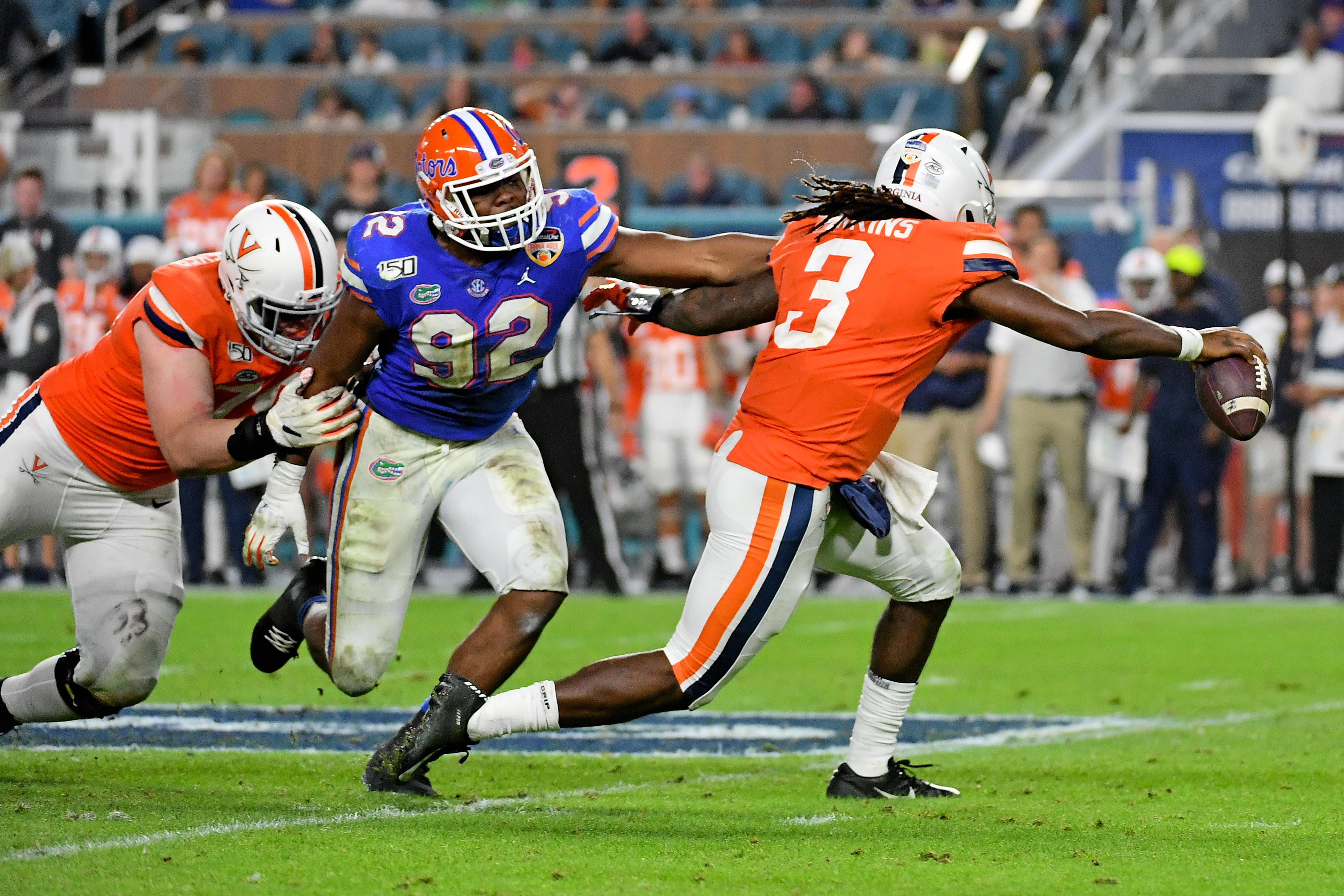