Atlanta Braves outfielder Nick Markakis will rejoin the team after initially opting out of the 2020 season over COVID-19 concerns.

David O'Brien and Ken Rosenthal of The Athletic reported Markakis "felt as if he had let the team down" after the Braves started the season 2-3. Markakis initially thought he was ineligible to return, but MLB is allowing players on the restricted list to apply for reinstatement by Aug. 1.

"It’s been in my blood since four years old," Markakis told reporters. "And it sucks watching baseball when you know you can still go out there and compete and play on a daily basis. And it eats away at you a little bit."

The Braves attempted to replace Markakis' bat in the lineup with Yasiel Puig, but their deal fell through after he tested positive for COVID-19. The team instead signed Matt Adams to work as a designated hitter and backup first baseman.

Markakis should slot instantly back into the Braves' outfield rotation, playing left field when Marcell Ozuna is a designated hitter and serving as part of the DH rotation with Adams and others.

The 36-year-old is in his sixth season with the Braves. He hit .285/.356/.420 last season with nine home runs and 62 runs batted in. While the numbers paled in comparison to his All-Star 2018, Markakis remains a reliable veteran and clubhouse leader who should help right the Braves' ship.

Acuña May Be Back Monday, Albies Progressing 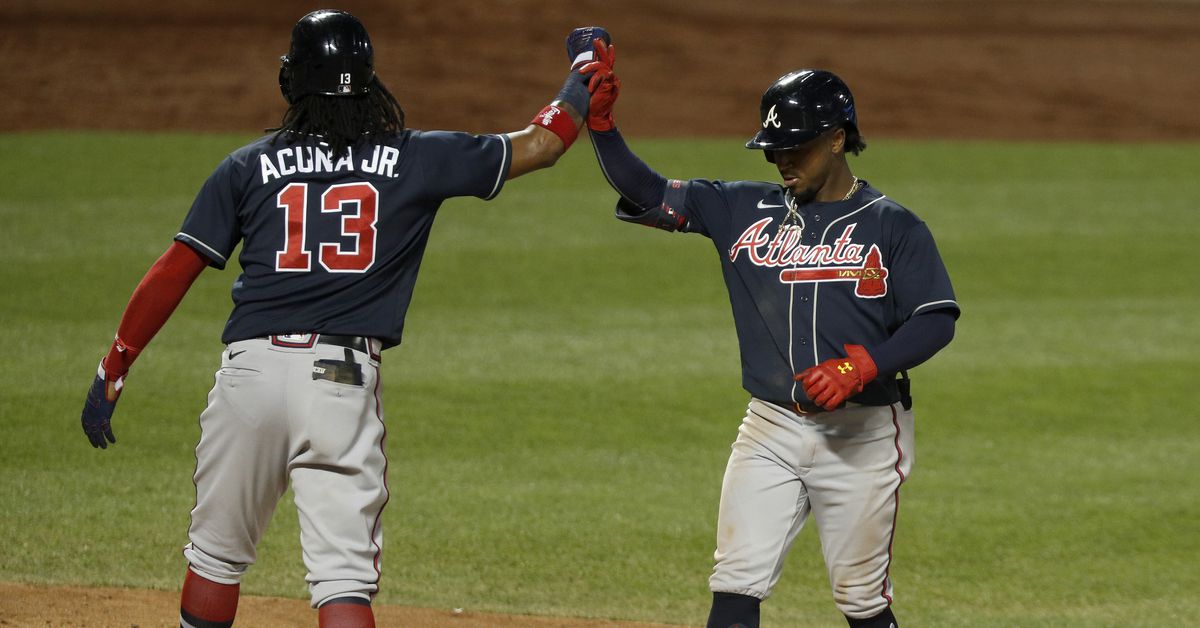 Acuña May Be Back Monday, Albies Progressing