Texas Tech head men's basketball coach Chris Beard delivered on a promise he made to a fan on Twitter just under one year ago.

On Aug. 1, Twitter user Rylee Albracht asked Beard how many retweets it would take for him to officiate their wedding. Beard said he would do so and also bring Whataburger for everyone at the wedding if the Texas Tech student section was filled for the team's Nov. 5 season opener.

It came to fruition, and Beard provided proof Friday he was at the wedding:

Promise kept. Congrats Justin &amp; Rylee on your wedding. Hope you enjoy the @whataburger #4to1 https://t.co/3AkLYMFexC

Beard has spent four seasons as the head coach at Texas Tech, and it hasn't taken him long to endear himself to Red Raiders fans.

The 47-year-old Marietta, Georgia, native led the Red Raiders to a 31-7 record during the 2018-19 season and took them all the way to the national championship game, though they lost to the Virginia Cavaliers.

That marked the first time in program history Texas Tech made it as far as the Final Four.

Beard and the Red Raiders didn't get a chance to replicate that run, however, as most conference tournaments and the NCAA tournament were canceled because of the coronavirus pandemic. 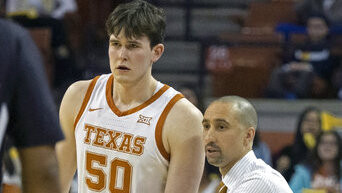 The pandemic didn't stop Beard from coming through in the clutch for a pair of Texas Tech fans, however, which will likely only serve to make him even more popular in Lubbock if and when college basketball returns for the 2020-21 season.

Reliving the Run: The Natty

Reliving the Run: The Natty