The Atlanta Hawks' neon days are a thing of the past.

The Hawks debuted their new set of uniforms Monday, featuring classic colors that borrow from the franchise's history with a modern feel. And, more importantly to some fans, rid the franchise of the "volt green" look that's stood out like a sore thumb since its debut in 2015.

The Hawks said in a statement:

"As we enter the next era of Hawks basketball, we are returning to our roots. We are paying respect to our treasured past, with our sights focused on a bright future ahead. We are freshening our look while paying homage to the colors most synonymous with the Hawks organization. Taking the most beloved details of our past uniforms to create a look that blends past, present and future. Our new style is timeless and classic, reintroducing elements true Hawks fans have come to know and love as we enter a new golden era in pursuit of a championship."

"Oooooh hoooo! Whoa whoa, hold on, hold on. Do y'all see what I see?" We think @jcollins20_ is diggin' the new threads 😂 😂 Forever #TrueToAtlanta https://t.co/IvIv5Z1nHV

Verdict: These uniforms are pretty clean. If we're ranking them, the Association whites stand out as the clear winner. The battle between the Icon red and Statement blacks is a matter of personal preference, though the color tends to pop a little more off the latter.

All Statement uniforms will feature the Jordan logo for the 2020-21 season.

"Torch Red, Legacy Yellow and Infinity Black have been staples of the Hawks since arriving in Atlanta in 1968. With our new uniforms, we wanted to usher in a new golden era of Hawks Basketball while embracing the rich history and legacy of basketball in our great city," said Atlanta Hawks and State Farm Arena CEO Steve Koonin. 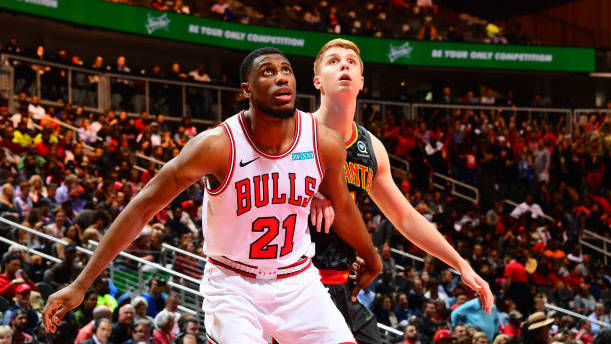 The Hawks' uniform change brings the team in line with the G League's College Park Skyhawks and the 2K League's Hawks Talon Gaming Club in bringing back the franchise's classic colors.