Kyrie Irving has a long history of not exactly being tight with teammates. It turns out his first professional grudge with a teammate was with Dion Waiters.

Irving and Waiters, who were once considered the two budding building blocks of the Cleveland Cavaliers, "always disliked each other, no matter how much the organization tried covering it," per Joe Vardon, Bill Oram and Jason Lloyd of The Athletic.

Irving was the No. 1 pick in the 2011 NBA draft, and Waiters followed a year later at No. 4 overall. Waiters and Irving were always an oil-water mix on the court, with both preferring to have the ball in their hands and controlling the offense, leading to a battle over who was the next true "star" of the organization.

Answer: Irving. It was always Irving. The rift only became more apparent once LeBron James rejoined the team in 2014, and Waiters' role within the organization cratered from building block to fall guy.

"Every team, there's a guy they want to kind of place the blame on. It would be Dion on our team," James said then. "I told him, 'You can't get involved in that or what people say about you. It's not what people think of you, it's what you think of yourself.'"

Waiters lasted all of 33 games in Cleveland with LeBron before he was jettisoned to Oklahoma City, beginning a journey that saw him almost play his way out of basketball before reviving his career with the Miami Heat—all before again nearly pushing his way out of the sport. This time, LeBron and the Lakers played the savior, signing Waiters after he made only three appearances in 2019-20. 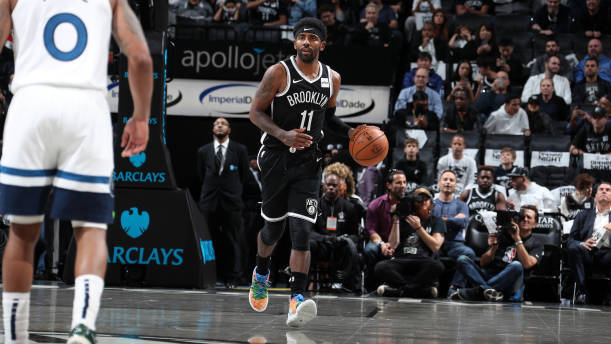 Irving would also eventually agitate his way out of Cleveland and then do the same in Boston before signing with the Brooklyn Nets in free agency last summer.