Manchester City enjoyed their best win of the season on Monday when they successfully overturned a two-year ban from European club competitions.

The club was cleared by the Court of Arbitration for Sport (CAS) of "disguising equity funds as sponsorship contributions" and additionally had a €30 million fine reduced to €10 million.

Suddenly, there is a clearer picture of how City move forward. After being beaten to the Premier League title by Liverpool this season, we can expect a rebuild at the Etihad Stadium. Pep Guardiola is expected to continue as manager into the final year of his current contract and breathe fresh life into the squad.

A defensive overhaul is going to be at the centre of City's summer plans, while two extra additions elsewhere are being considered to add a new depth to the team.

Sources insist that their recruitment plan has not particularly changed in light of the CAS announcement. It just means they now have a better chance of landing top targets.

City will be one of Europe's highest spenders, so what should we expect? 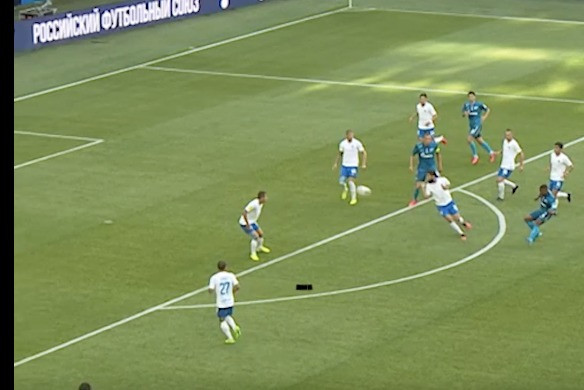 BREAKING: Manchester City’s two-year European ban has been lifted, and their fine reduced to €10M, by the Court of Arbitration for Sport https://t.co/5jdT5RDKrr

The centre of defence is a priority as City set about repairing their squad, and B/R sources are indicating that two players could be signed in the problem area.

Aymeric Laporte is considered one of the team's most important players, but he needs more reliable options alongside him than the likes of John Stones and Nicolas Otamendi, who could both move on.

Kalidou Koulibaly, 29, is a genuine target, while Inter Milan's Milan Skriniar will be an option if the Napoli man is not attainable.

City do not have good memories of dealing with Napoli after agreeing a deal for Jorginho and then having him snatched away by Chelsea, and there is concern over how negotiations will go this time. However, they have begun to test the water by using intermediaries to check on Koulibaly's mindset and ambition before starting formal talks.

City want a top-level, proven defender to join and will pay significant sums to land one, but they are also seeking a versatile, and cheaper, option. Nathan Ake of Bournemouth is on the radar, but Villarreal's 23-year-old left-footed centre-back Pau Torres is in their thoughts too.

If City find a buyer for Benjamin Mendy, they will also attempt to buy a new left-back. There have been rumours of David Alaba signing from Bayern Munich, but sources have told B/R that such a transfer is highly unlikely as the player has little desire to move to the Premier League.

Further up the pitch, City will also look for signings. Guardiola is pretty content with his midfield, where record signing Rodri has grown into his role. Kevin De Bruyne remains the star of the side, and the CAS announcement ensures he will not be leaving any time soon.

They have been scouting Marten De Roon of Atalanta but may also look into signing Douglas Luiz back from Aston Villa. Reports on him this season have been positive, and Guardiola is believed to be open to the idea of a return.

David Silva is expected to leave, but the door is being left open in case he decides he is open to staying one more year, or if his next move is delayed because of the impact of the coronavirus pandemic on the market.

The big question—and the most exciting one for City fans—is which type of forward to pursue.

Leroy Sane has departed to join Bayern Munich, and insiders have indicated to B/R that the possibility of taking Kingsley Coman in the opposite direction has been explored.

Such a move is looking unlikely at this moment, but City are also being linked with Ferran Torres of Valencia as a player who can make the switch into English football. His style of play is suited to Guardiola's City, and the club could be helped by the fact that Borussia Dortmund—who have been heavily linked with the player—are currently not in a strong financial position to sign him.

The level of forward who arrives at the Etihad this summer will be dependent on how much budget is available. The club have always been careful about outlay on one player—their transfer fee record is £62.8 million, which is less than Liverpool, Manchester United, Chelsea and Arsenal's biggest outlays.

Talks with Gabriel Jesus are expected to ensure he remains with the club, and it is with that in mind that club sources consistently play down the chances of a big-name centre-forward arriving to compete with Sergio Aguero.

Lautaro Martinez has been linked, but his fee would be in the region of £100 million. At this stage, it seems unlikely City will go down that path. Additionally, Inter Milan still believe the player will stick with them for next season.

Kai Havertz is one option City might be more tempted by. He's able to play in a variety of roles and is considered as having the potential to be a future Ballon d'Or winner.

Bayer Leverkusen are willing to let him leave this summer if an offer close to £90 million lands on the table. Chelsea are interested but have not moved forward with talks at this stage.

However, Erling Haaland is the other name to consider. He will not be available this summer, but there is a trail of thought that waiting a year for him, and continuing with Aguero and Jesus for now, would be the best way forward.

City are certain of their place in Europe for the foreseeable future and, as such, will continue to challenge the elite. Now we must wait to see which pieces fall into place ahead of next season.